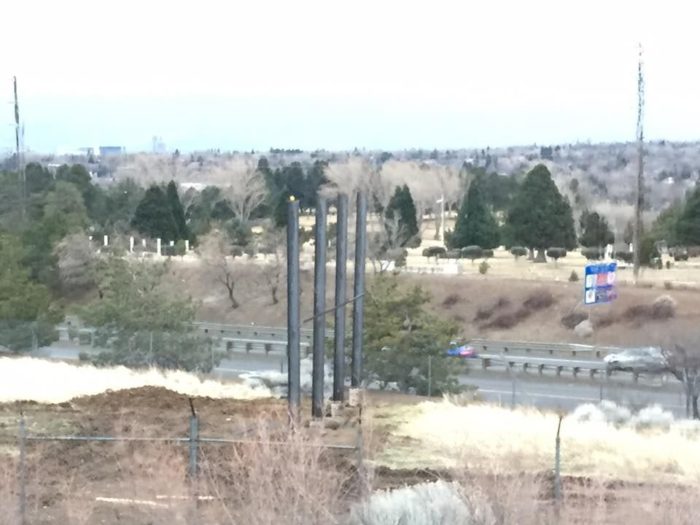 William Puchert’s backyard has become the front line of a First Amendment battle after construction started on an illegal billboard behind his house in February.

“We noticed that most of the work on the sign was done in the non-daylight hours and were horrified to see a structure built literally overnight,” he said.

Puchert was quick to notify City of Reno and Washoe County officials, which led to a stop order being issued to Strict Scrutiny Media on February 17. Even after this, the company continued to construct their sign.

“On February 17 they received a stop order, but they didn’t stop until I came out on my back patio and started taking pictures,” Puchert said.

For Puchert, this billboard is an eyesore obstructing his view of the Truckee Meadows and affects his home in more ways than one.

“Most peoples’ homes represent the single biggest investment in their lives; this is affecting us financially, and quite frankly, it’s illegal,” said Puchert. 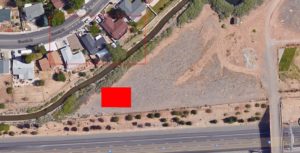 As of now, the billboard stands as several metal poles behind Puchert’s home.

The billboard being built behind his house, along with several other already-built billboards, are part of an effort by Strict Scrutiny Media to change the City of Reno’s sign codes, which they believe violate the First Amendment.

The company’s strategy to accomplish this is fairly straightforward: put up a billboard without without proper permits, wait for a citation, and then sue the city for giving them the citation as a violation of the First Amendment.

“The City of Reno has enacted a sign code which permits some people to speak,” said Frank Gilmore, the attorney representing Strict Scrutiny Media. “Displaying a sign is an act of speaking. A hospital could put a sign on the back of its building ,100 by 200 square feet, and display it to the public and put anything that they want on there.

“They could say come buy our cafeteria food, they could say vote Republican, they could say repeal medical marijuana, they can say whatever they want and not be subject to the sign code. My clients, who are nonprofits, could not do the same thing.”

Strict Scrutiny Media is named after a type of judicial review, strict scrutiny, which they have based their lawsuit on. When applied to the First Amendment, the term defines a strict type of review used by court systems to determine whether government entities can regulate speech-based content.

To have a law regulating speech-based content upheld, the courts must determine under strict scrutiny that the law is narrowly tailored to serve a compelling state interest, which is often a burdensome and complicated task.

“We aren’t regulating content,” he said. “We are simply allowing hospital and public safety signs to be erected for the good of the public.”

Even if they were, Hall seems confident that the code would be upheld under strict scrutiny.

“Those signs meet strict scrutiny,” he explained. “If you were to analyze those signs, there are good reasons to let people know where the hospitals are. I would be surprised if a court 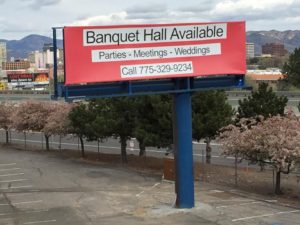 determined a hospital trying to put up signs was illegal.”

Strict Scrutiny Media’s initial complaint was dismissed under an understanding that the lawsuit needed to be better clarified. Since then, the City of Reno has modified the sign code to seemingly specify more thoroughly the types of signs which can go up without permits.

“We regularly update our code to ensure we are in full compliance with state and federal law,” Hall said. “The modification to our code was simply a technical cleanup.”

Strict Scrutiny has since appealed their lawsuit, and Hall has countered by asking for another dismissal.

This could continue to go on for some time, and for upset residents like Puchert, the metal poles behind his home stand as an ominous reminder of the looming legal battle.