PHOTOS: A Low-Key Evening with Paul Simon at Lake Tahoe 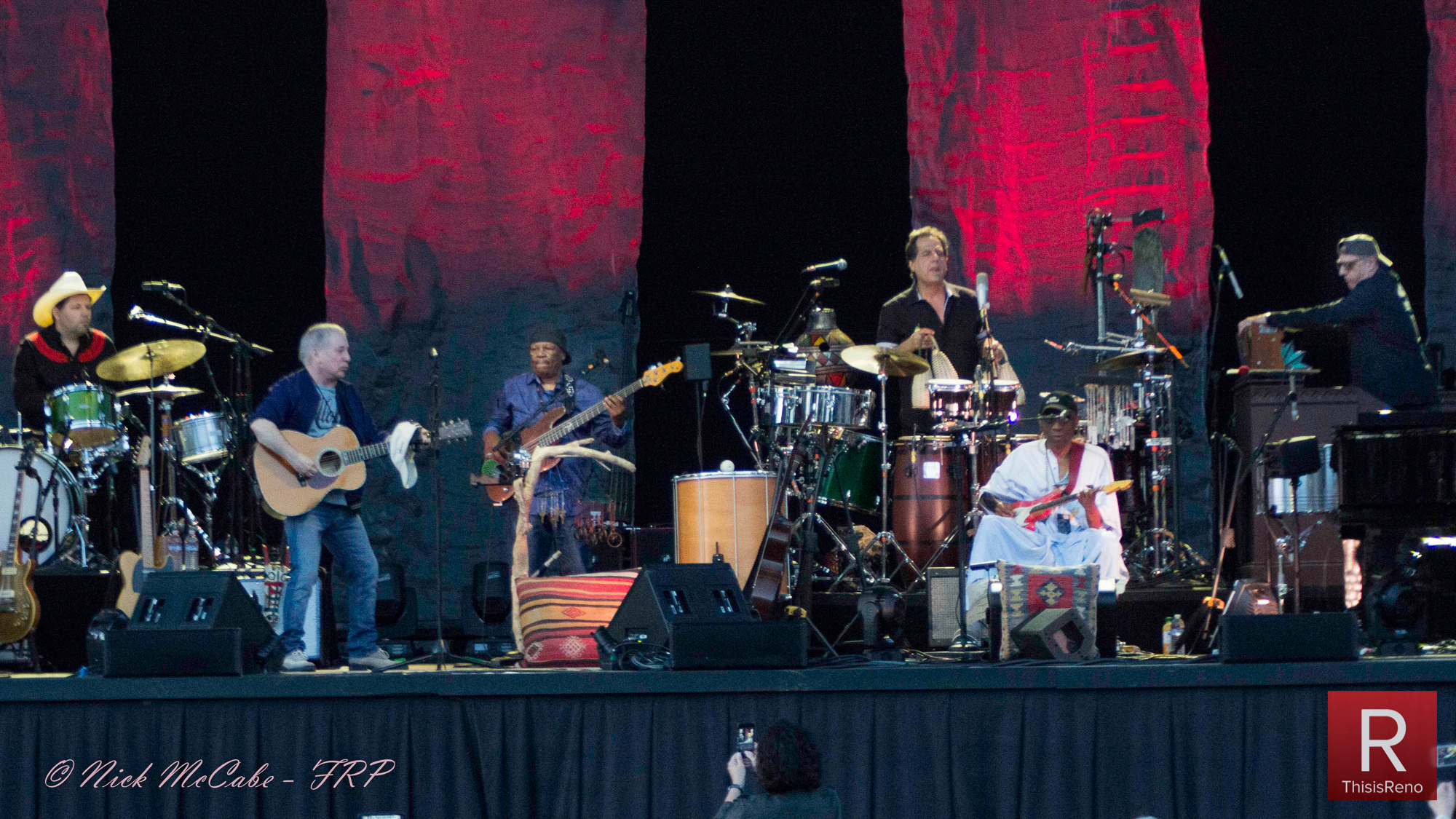 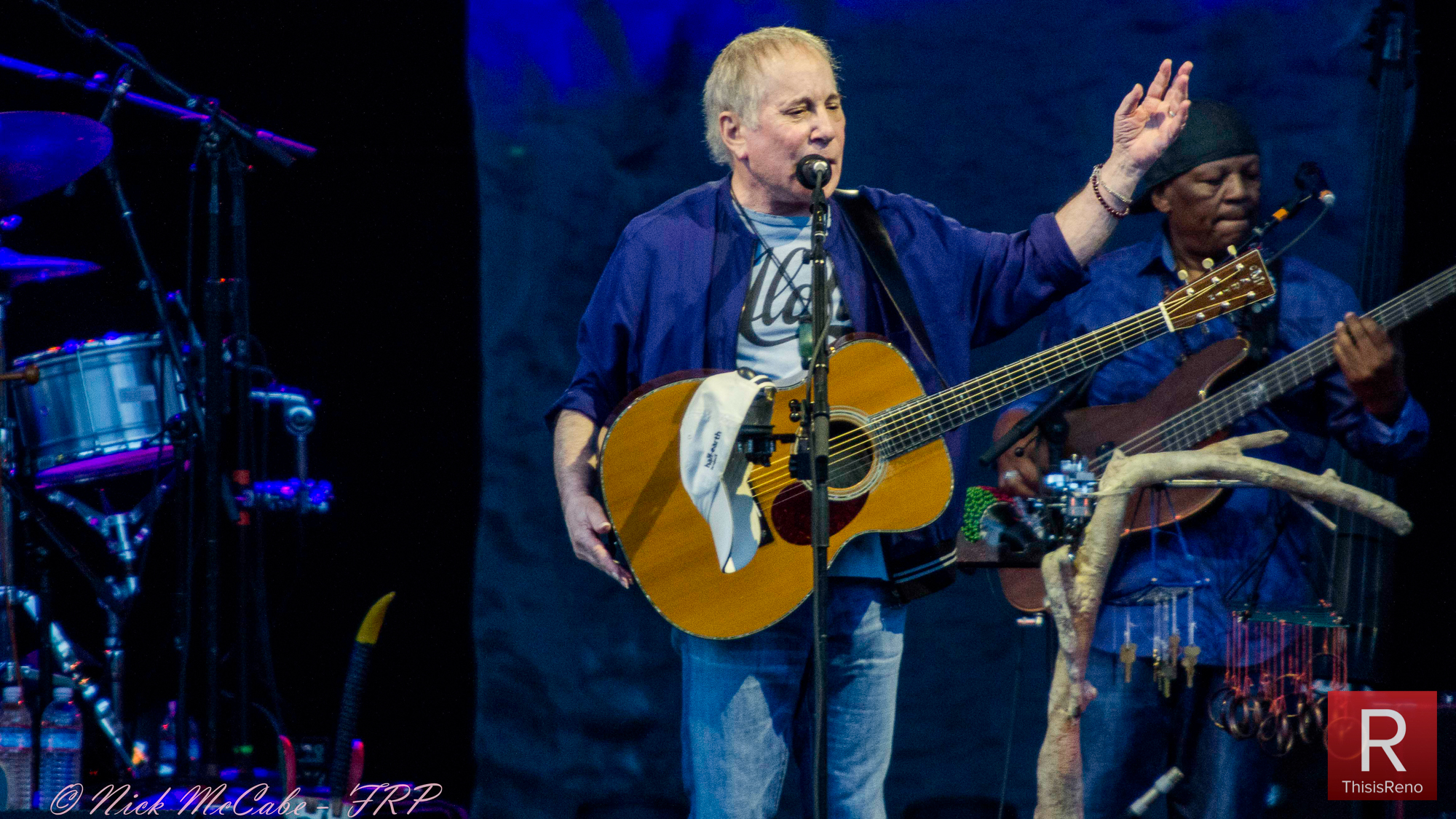 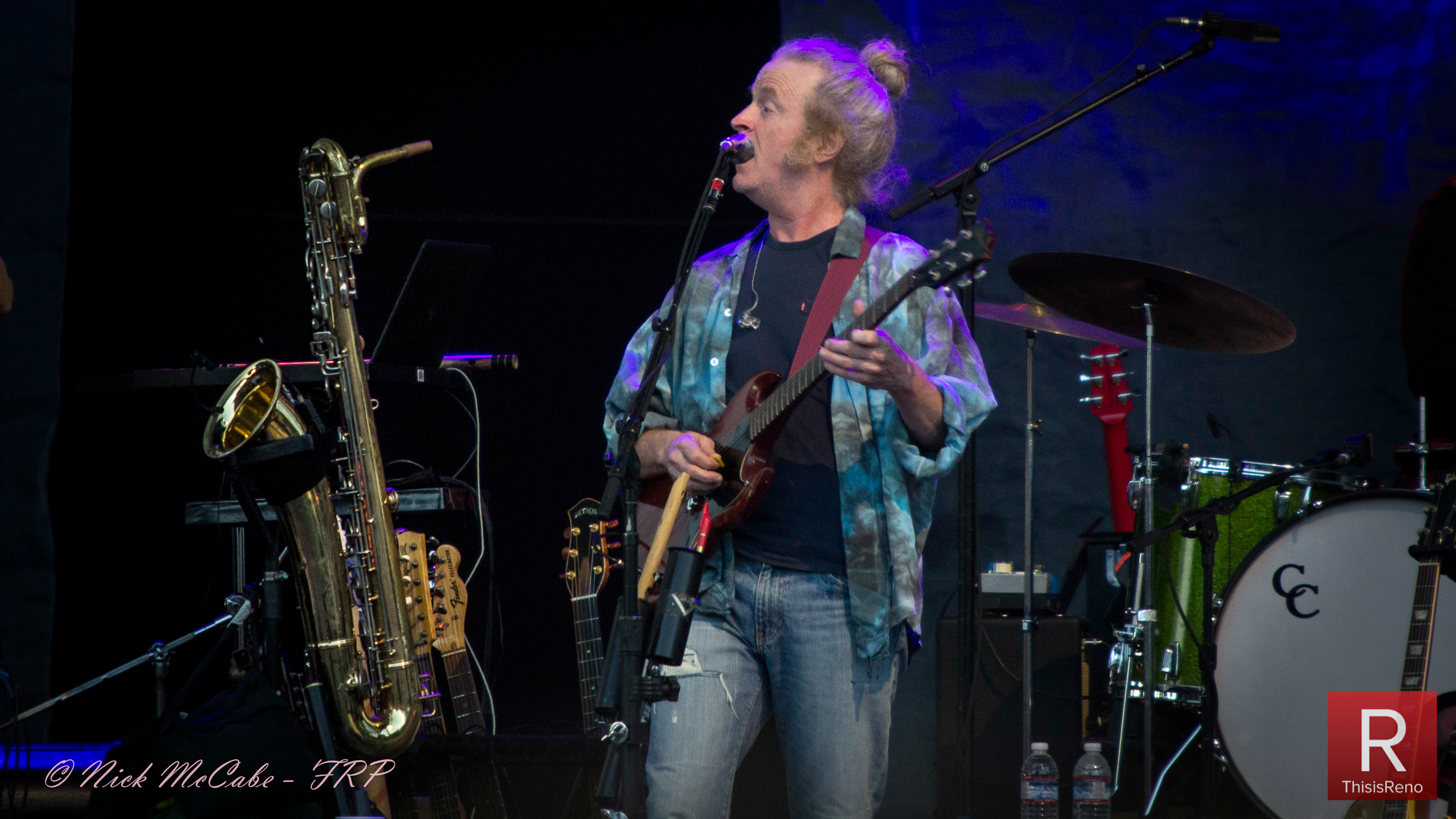 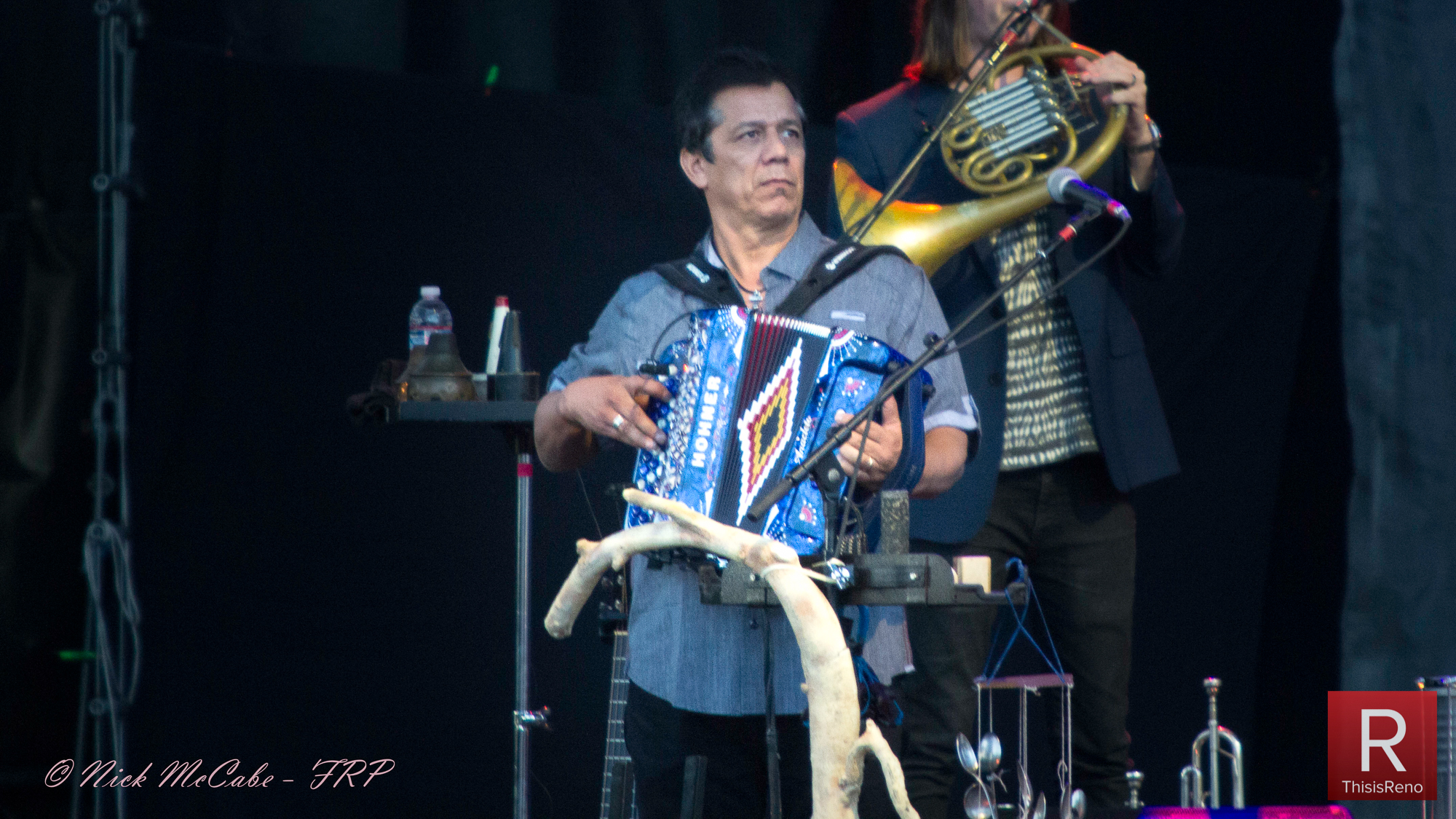 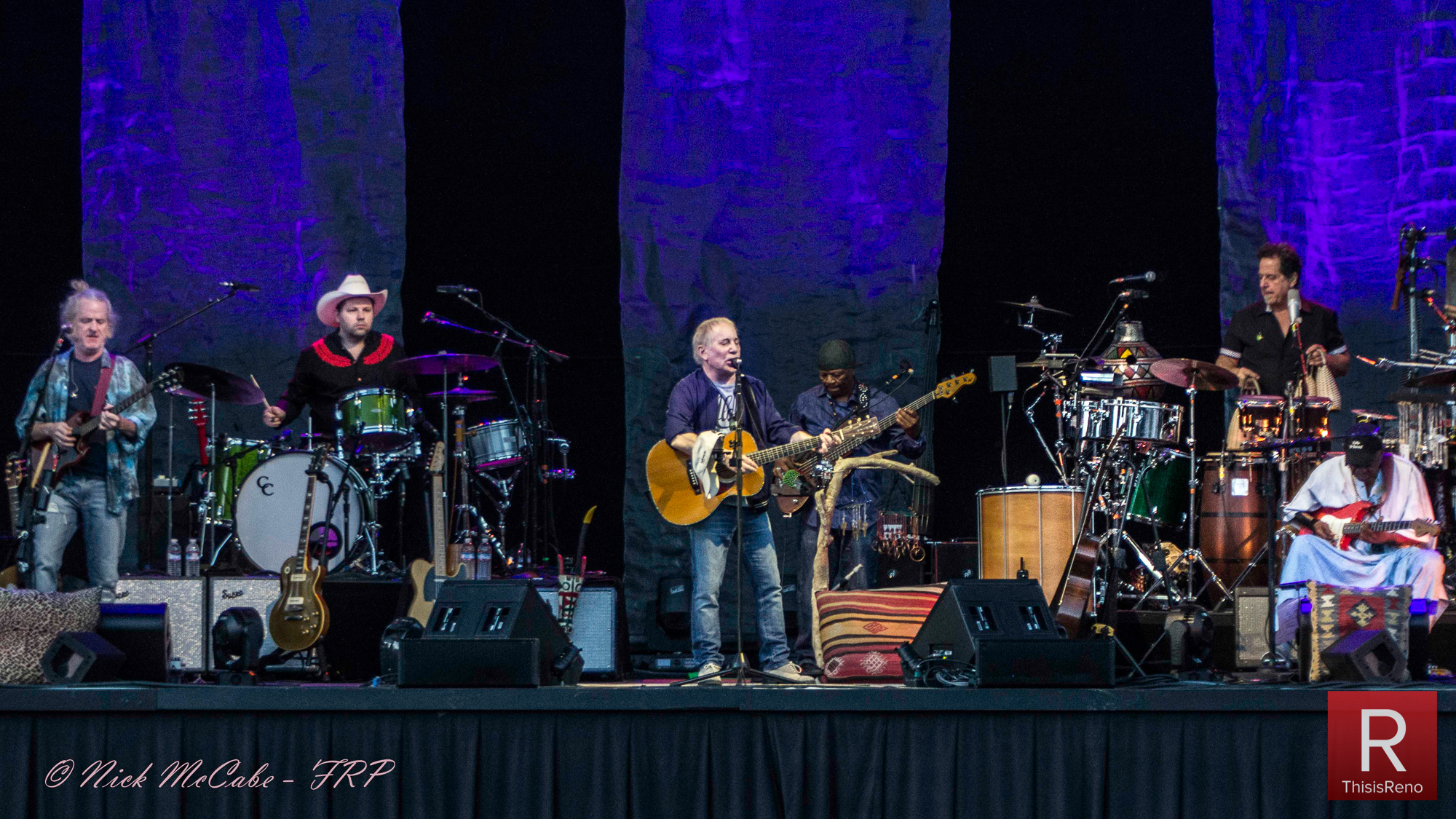 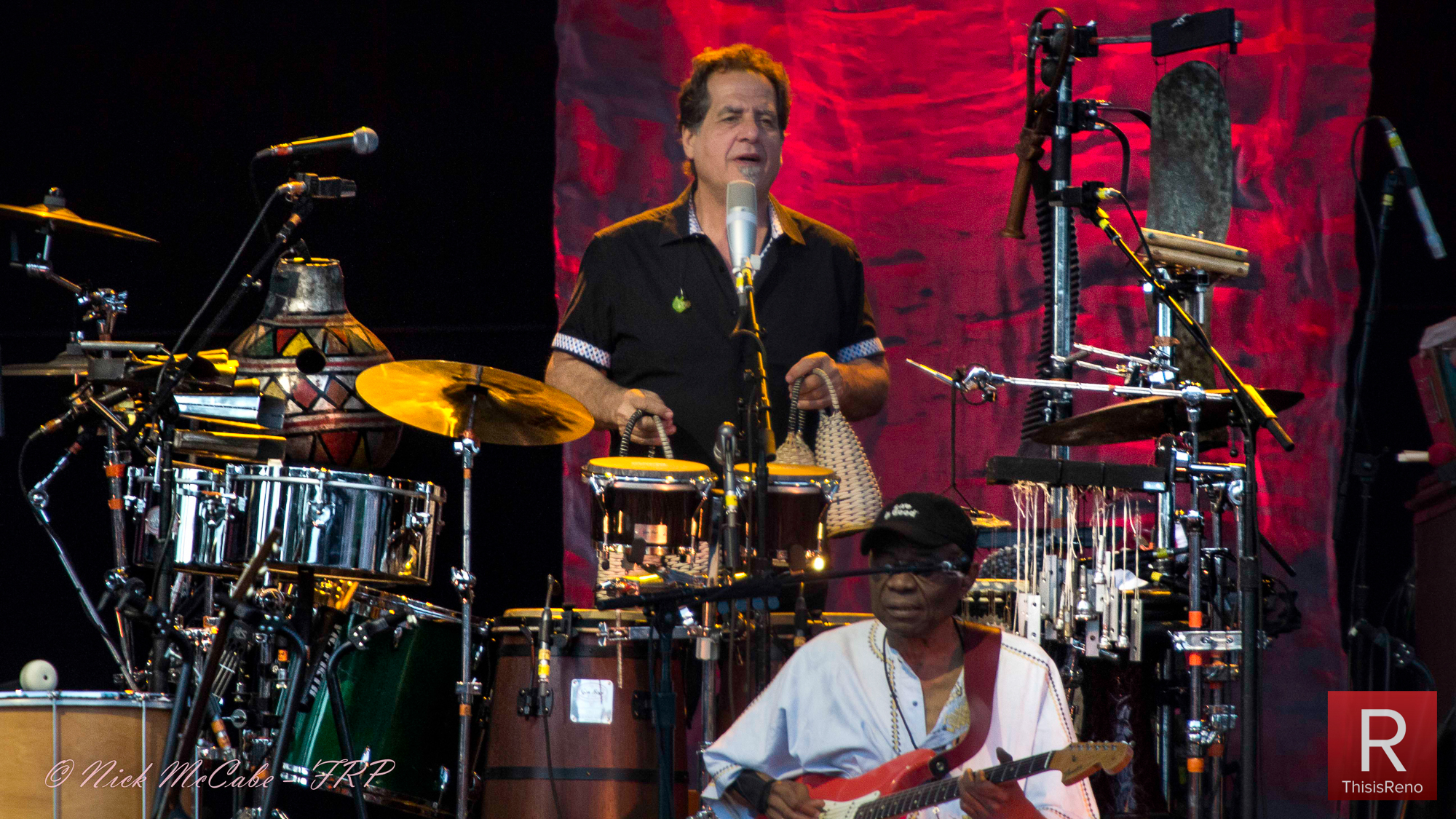 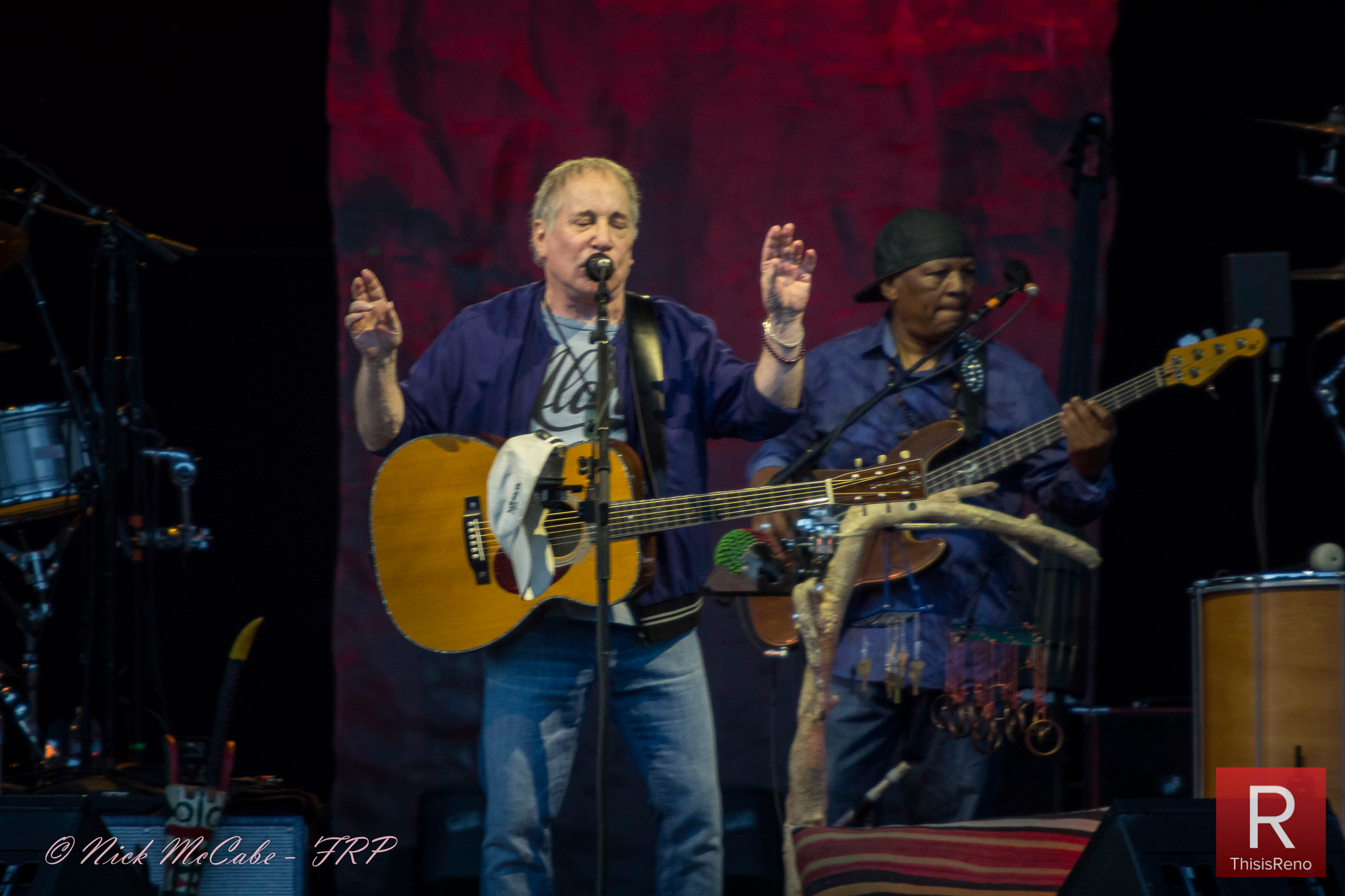 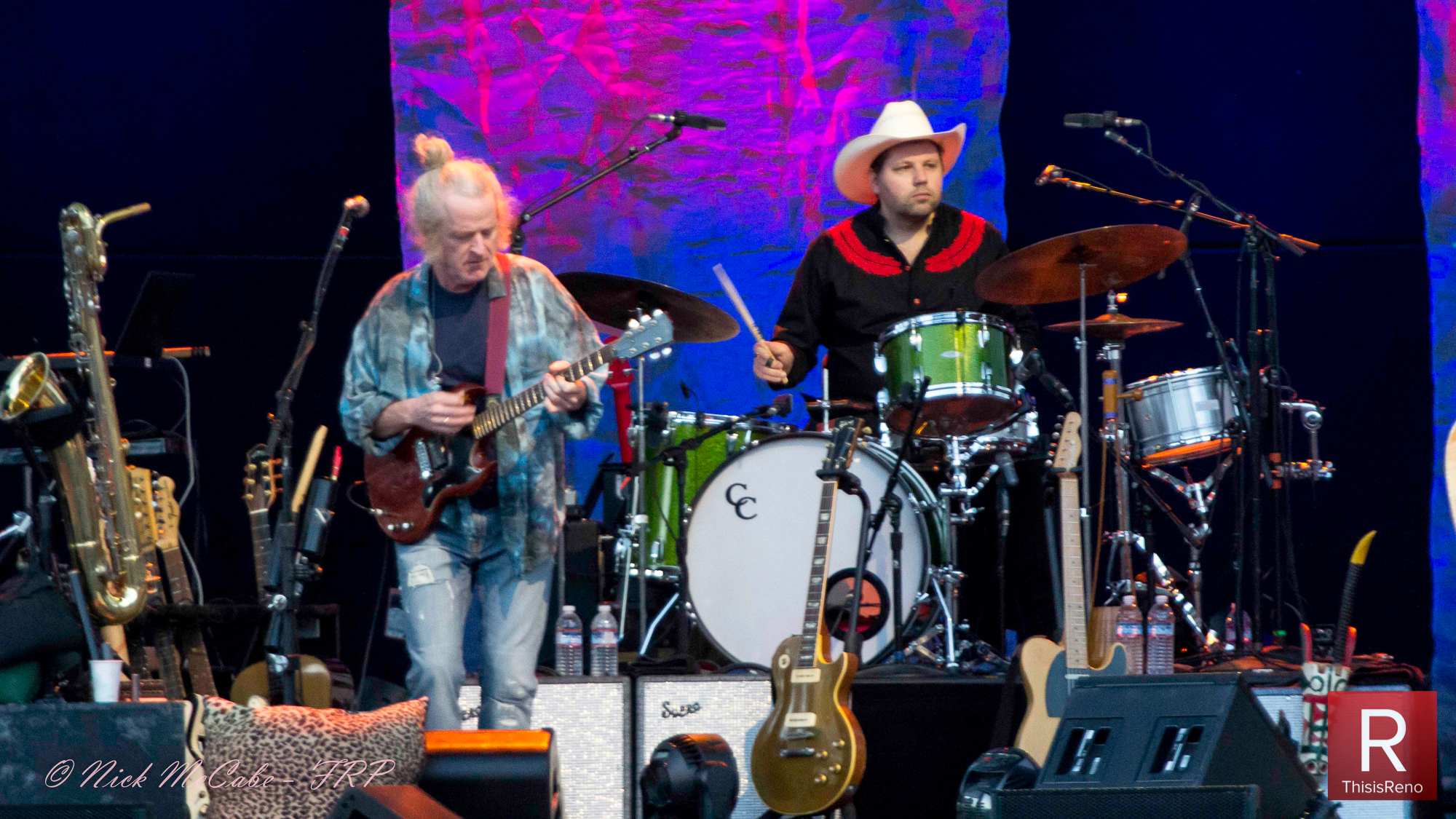 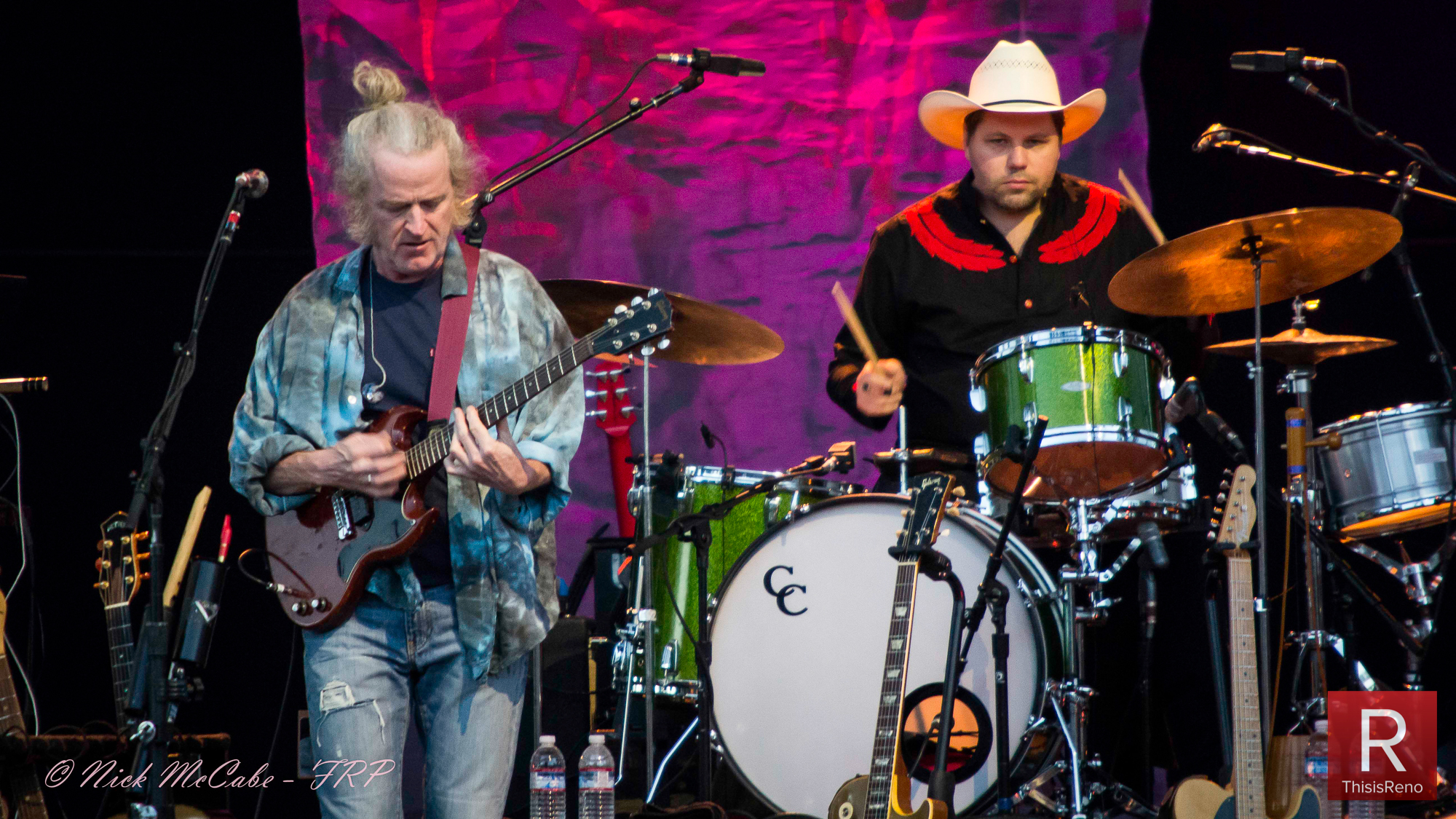 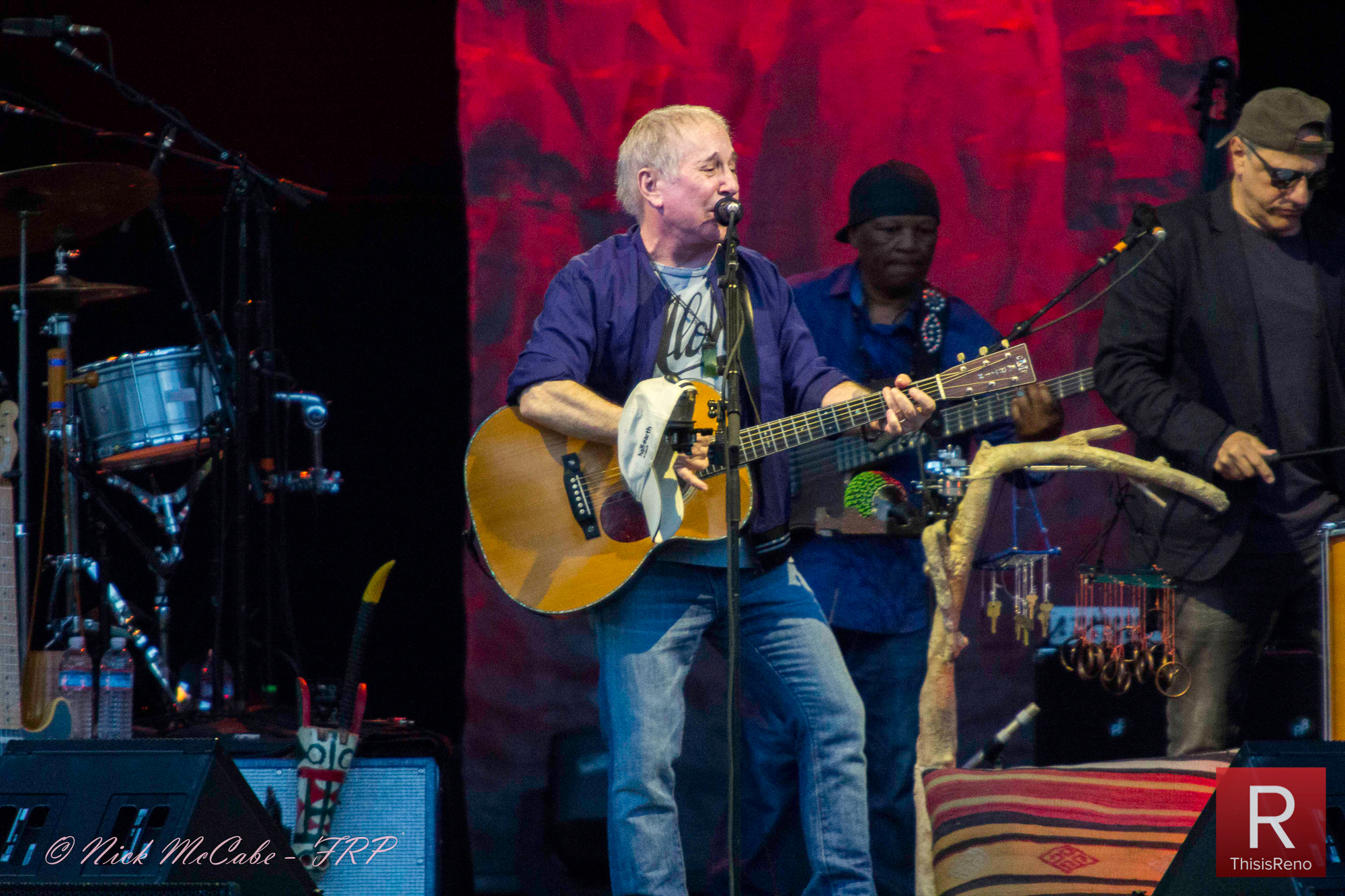 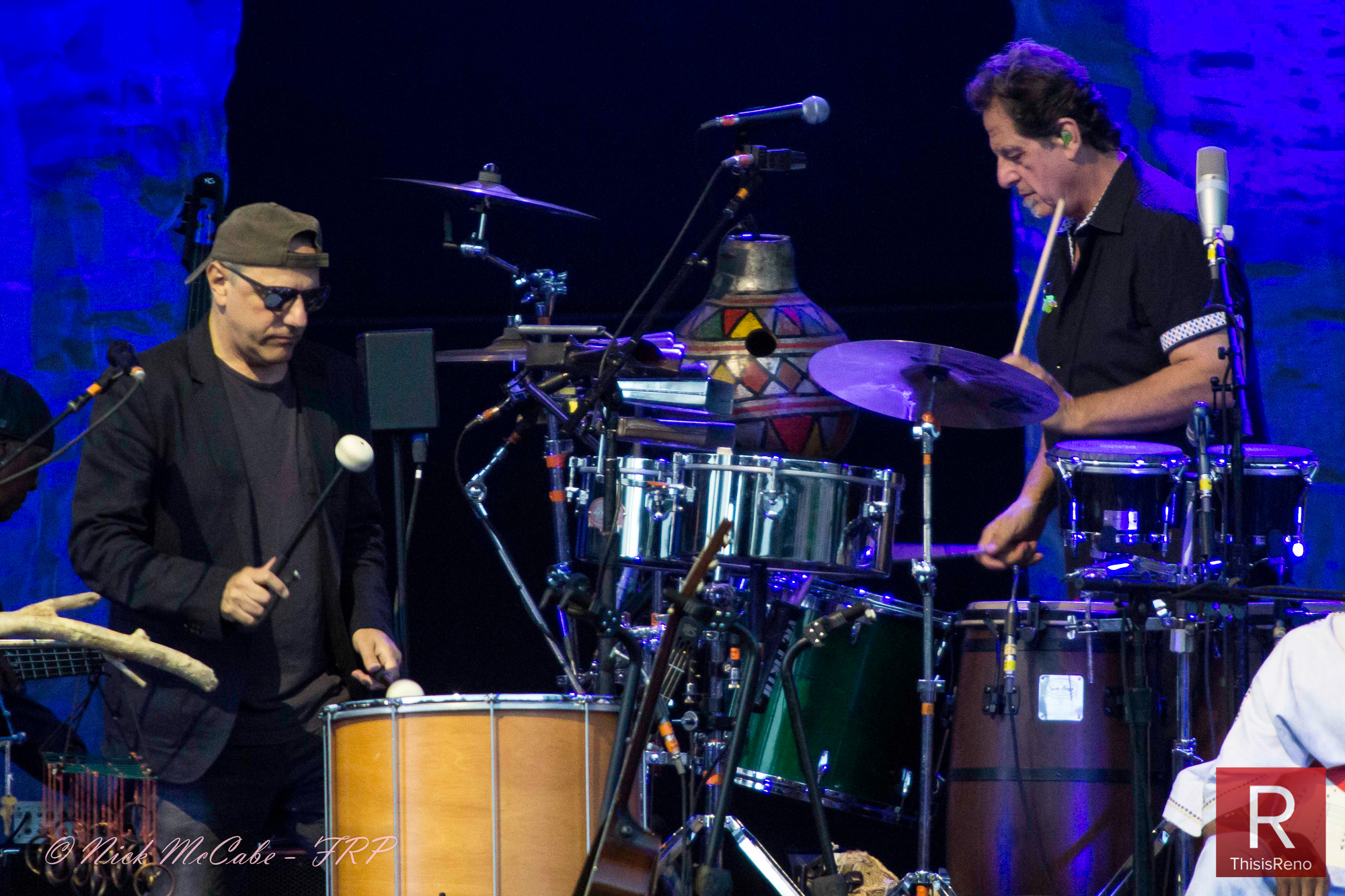 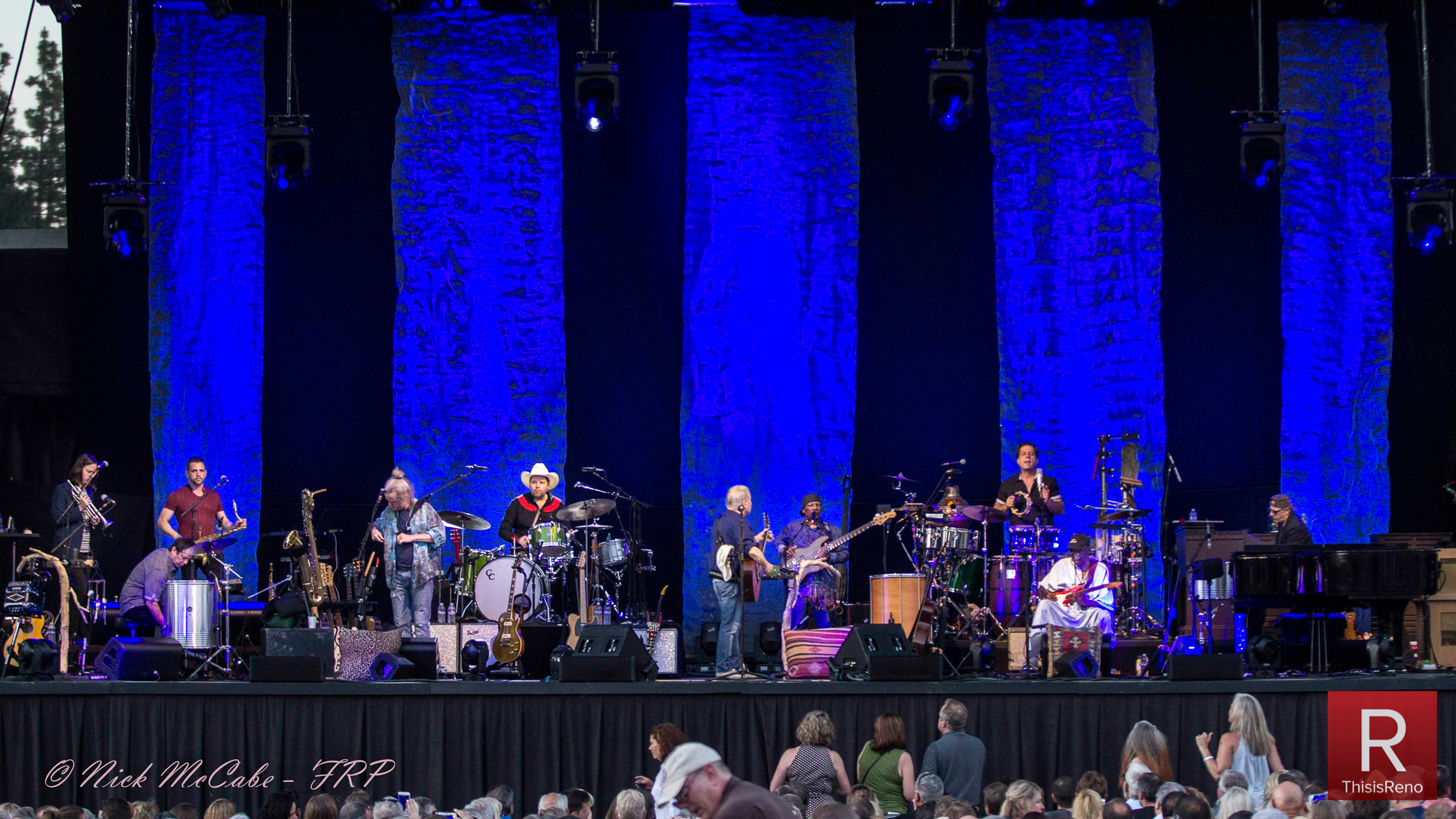 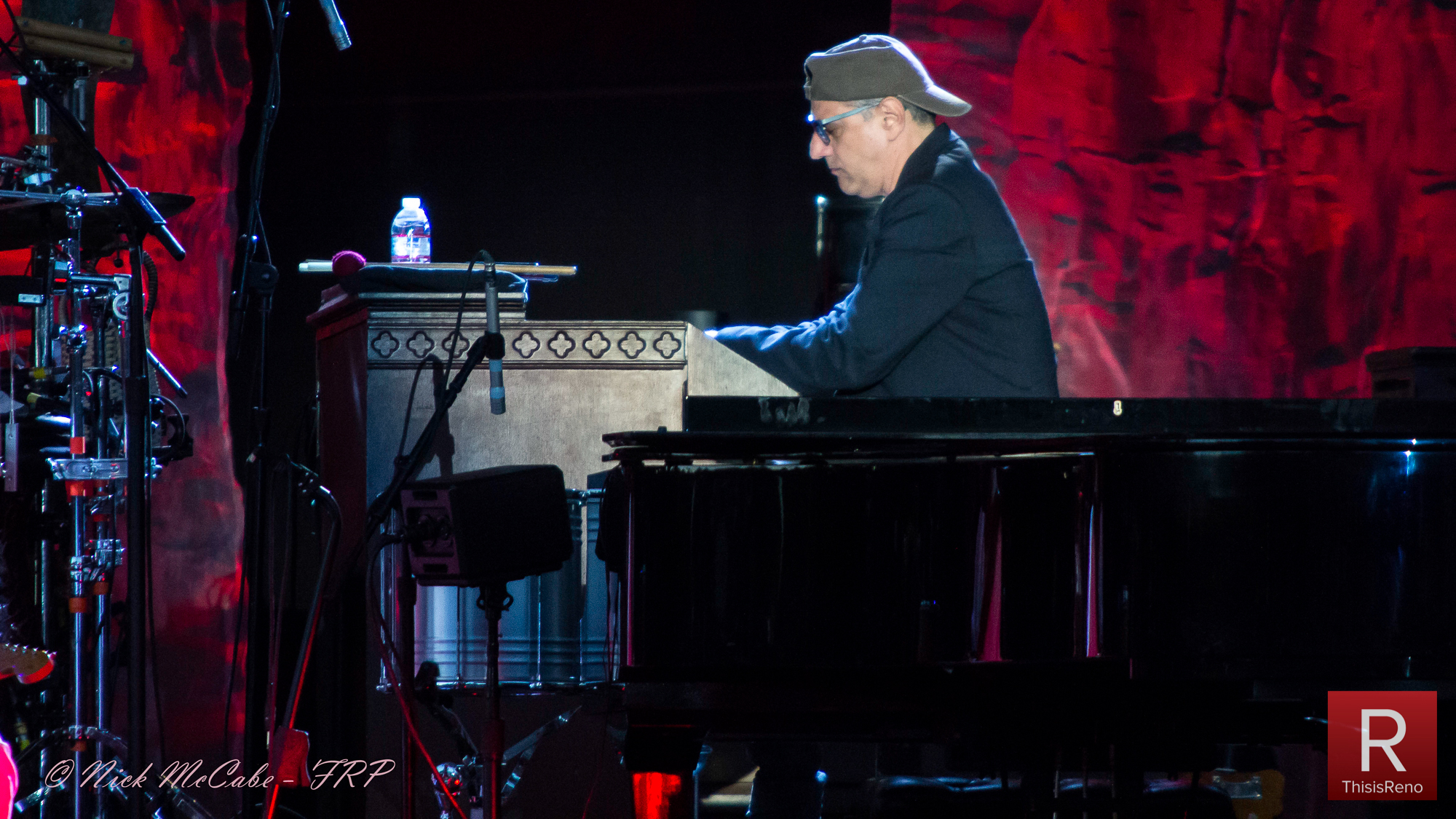 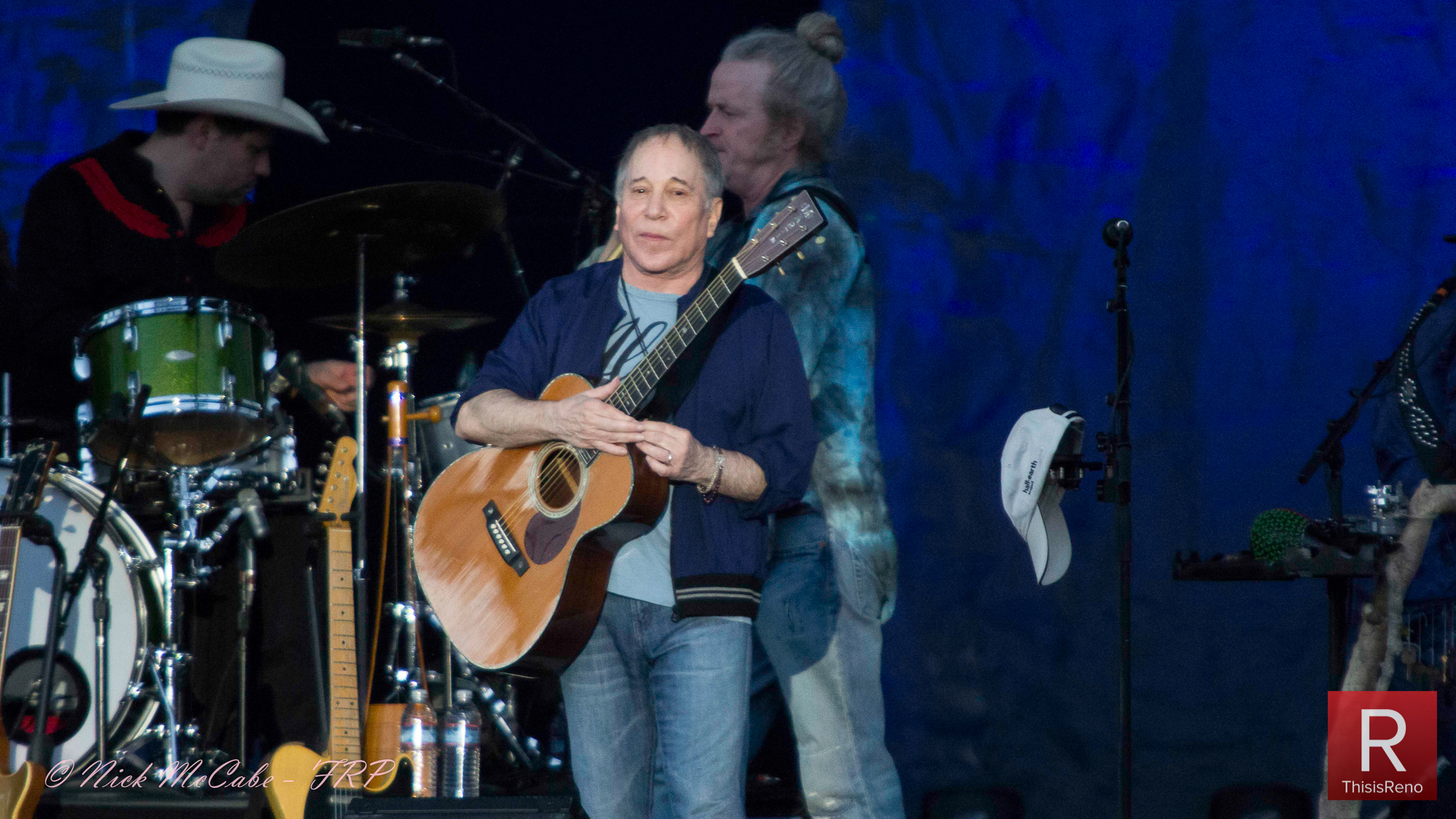 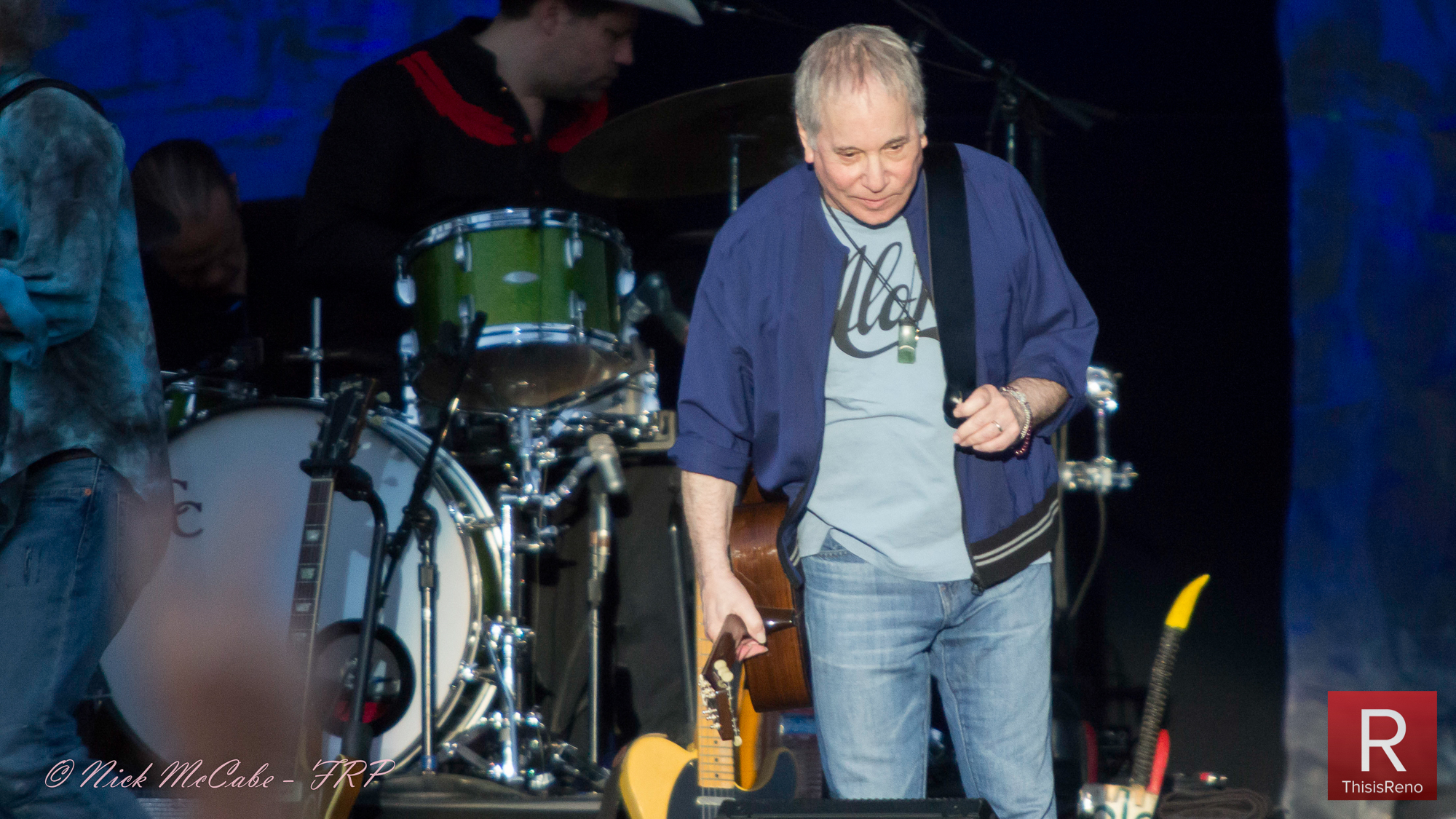 The Summer Concert Series at Harveys Lake Tahoe brought Paul Simon’s tour to the Lake Tahoe Outdoor Arena this past Sunday evening, June 25, on what turned out to be a beautiful evening to be outdoors: not too cool, not too warm.

As I expected, it was a low-key evening for the most part. Simon had a fantastic group of musicians on stage with him to present some beautifully written songs. As peaceful and placid as a lot of his compositions are, they are deceptively challenging to play. Simon’s forté is his writing and arranging. His use of world music instrumentation and rhythms is magnificently inspirational. He has brought cultural music styles previously obscure to most Americans to millions of people who would otherwise never have experienced such beautiful tapestries of sound.

The beginning of the show had some challenges with the vocals. It sounded like Simon needed a couple of songs to get his voice warmed up, but he did get warmed up just fine.

The show started with “The Boy in The Bubble” off of his 1986 benchmark album, “Graceland,” where his exploration of African music began. He then stepped back to his pop/folk roots with “50 Ways to Leave Your Lover” from 1975’s “Still Crazy After All These Years.” This huge hit received a very warm welcome from the crowd as did other early hits: “America” and “Me And Julio Down By The School Yard.” A jaw-dropping moment for me was “The Cool Cool River” from the “Graceland” follow-up, “The Rhythm of the Saints.” I’d call it an African music-influenced soft jazz number that culminates in a 90-second piano solo of hurricane proportion. Think: Rachmaninoff. Unbelievable!

Simon had a good stage presence and rapport with the audience. He told interesting stories and displayed a sense of humor. He asked the crowd if anybody had any requests, and after several seconds of songs being shouted out he said he doesn’t take requests. Many of his mannerisms were reminiscent of a conductor leading his orchestra while wrapped up in the dream of the music. His hand gestures to the band were smooth and fluid throughout the evening.

Harveys’ Lake Tahoe Outdoor Arena has a capacity of about 9,300 people and looked to me like it was nearly sold out, if not completely sold out. It was a peaceful crowd and it felt like a huge gathering of friends. I saw a handful of people I knew and had a chance to speak to two friends, Marten and Dean. I know others were there, but it’s hard to find friends in a crowd that big. I positioned myself at the back near the exits as the show was coming to an end. From this vantage point I could see hundreds of people holding onto each other in quiet enjoyment of what they were experiencing.

Paul Simon’s career was in trouble back in 1984/85. Then he discovered those South African tapes, visited Johannesburg, found new inspiration to write the “Graceland” album, and a whole new chapter of Paul Simon was off and running. He gave us our money’s worth from both genres’ with a set made up of 24 songs well over two hours long. No studded leathers, no pyrotechnics, no screaming venom. It was just an evening of good music.

“Wristband”
“Graceland”
“Still Crazy After All These Years”