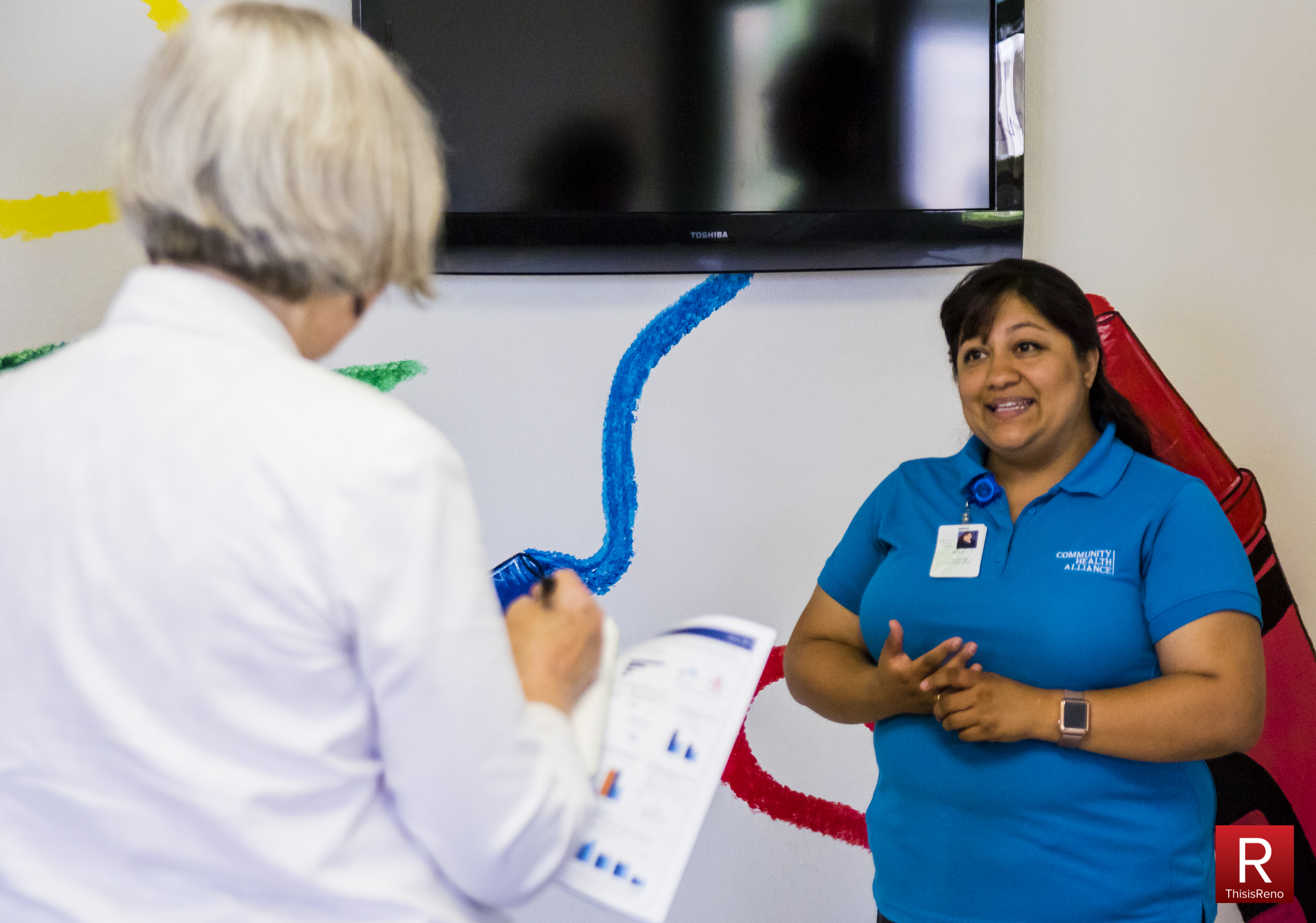 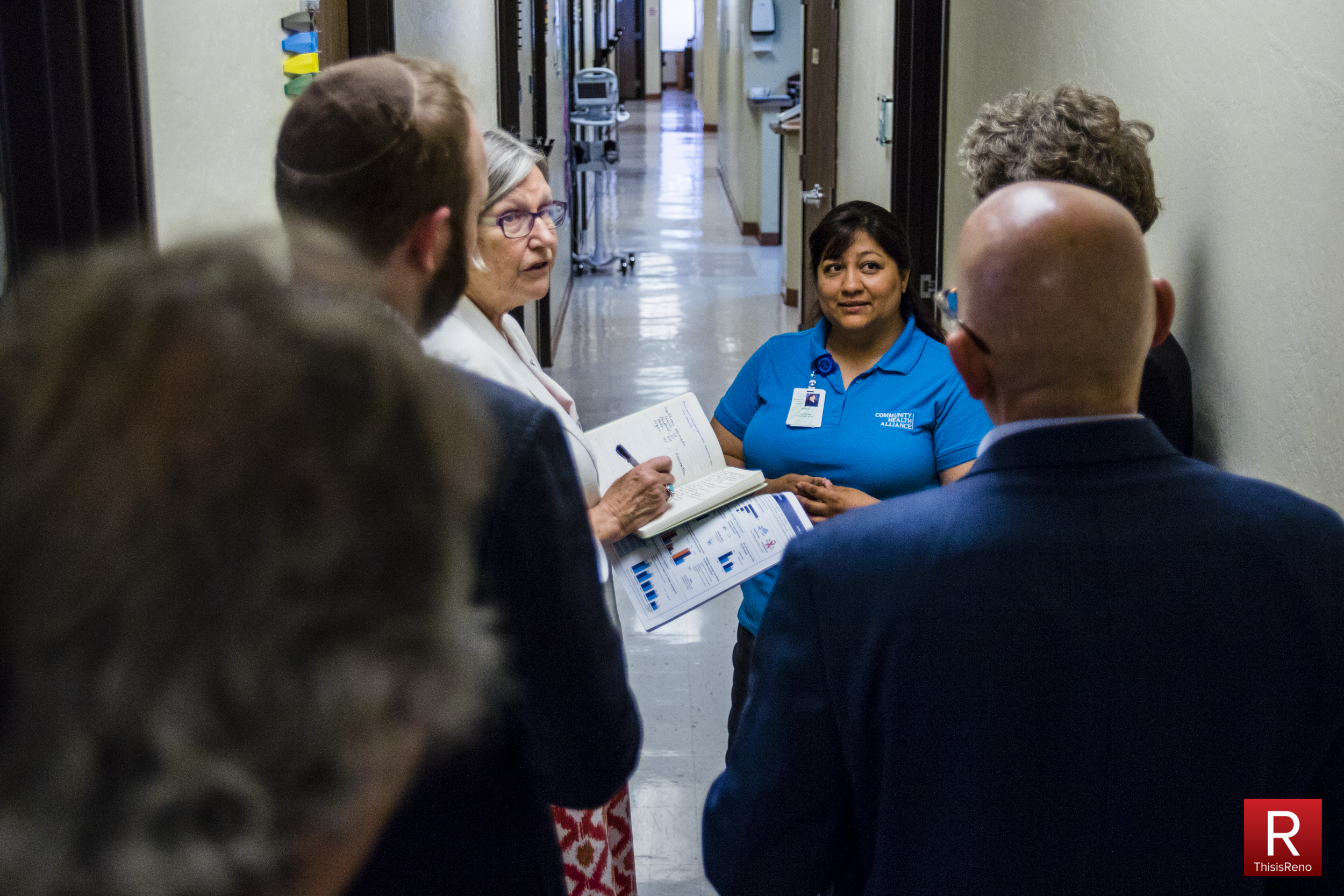 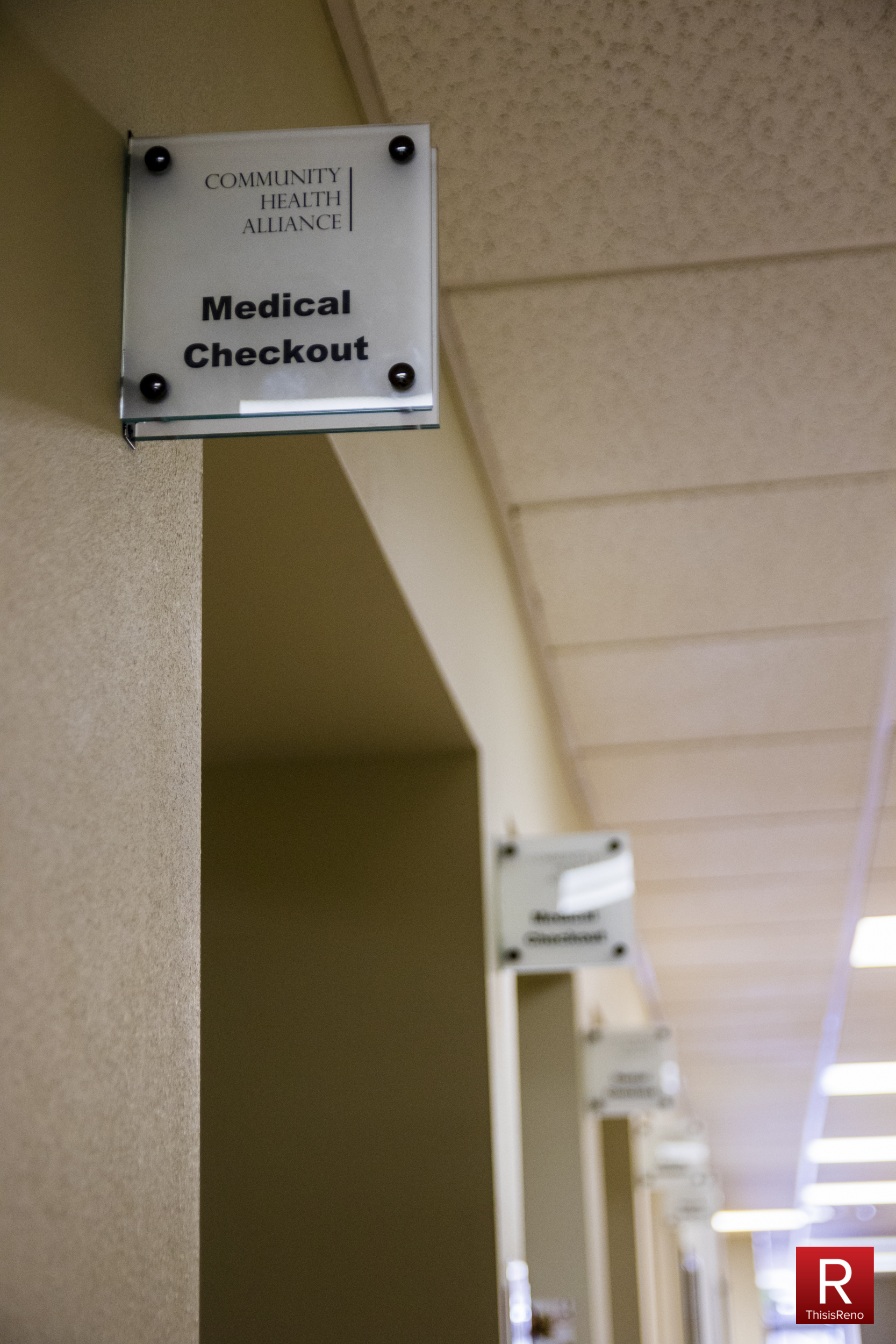 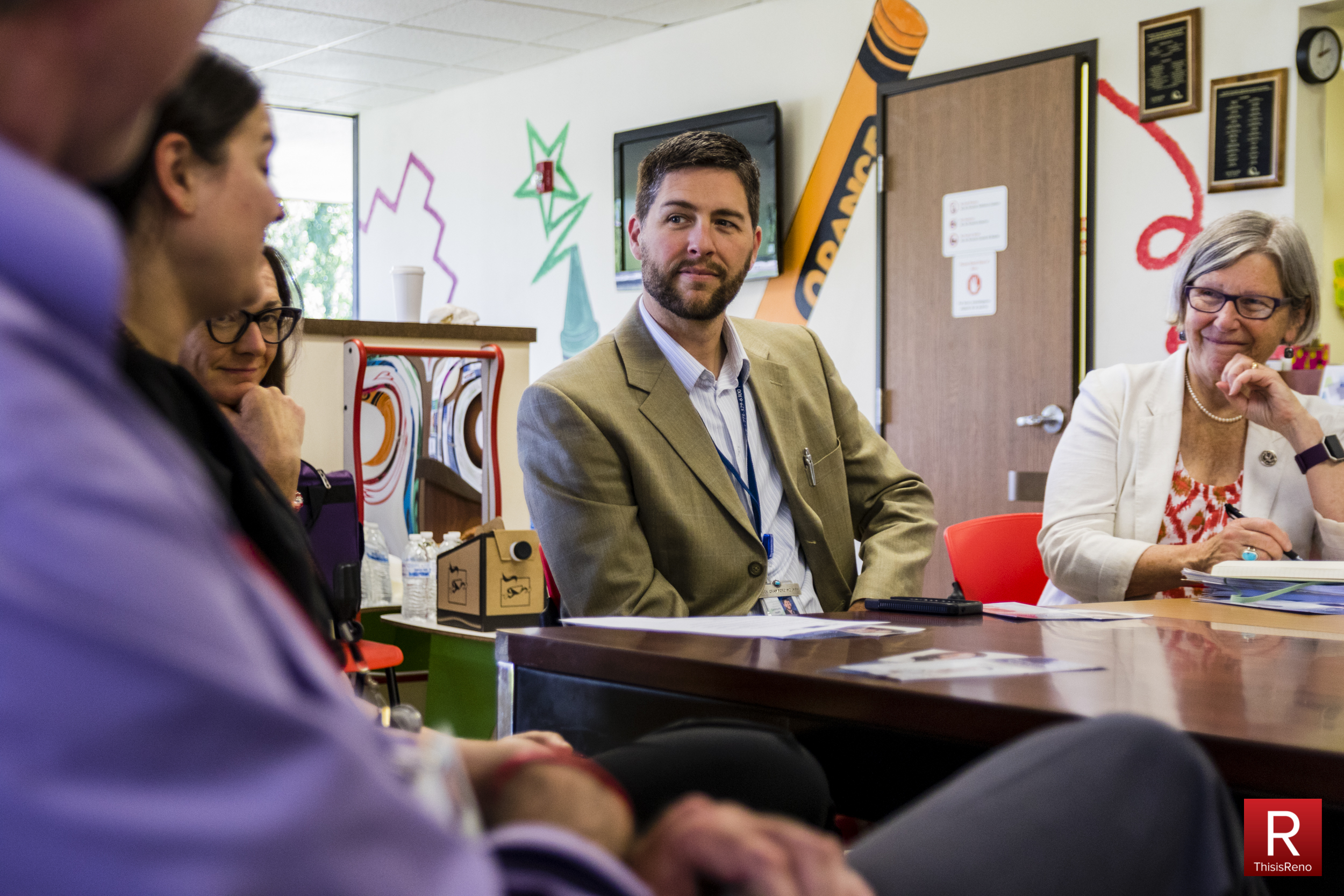 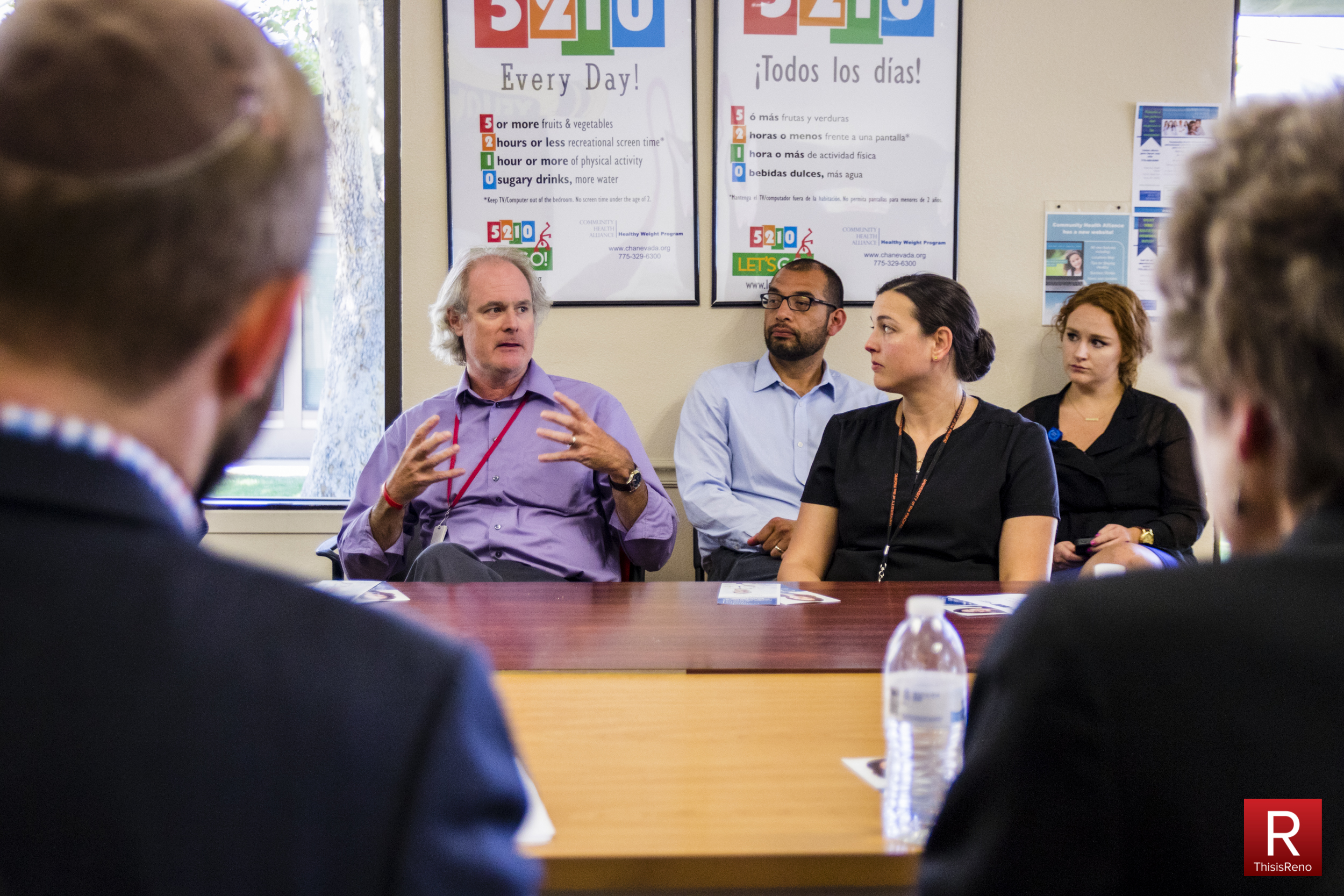 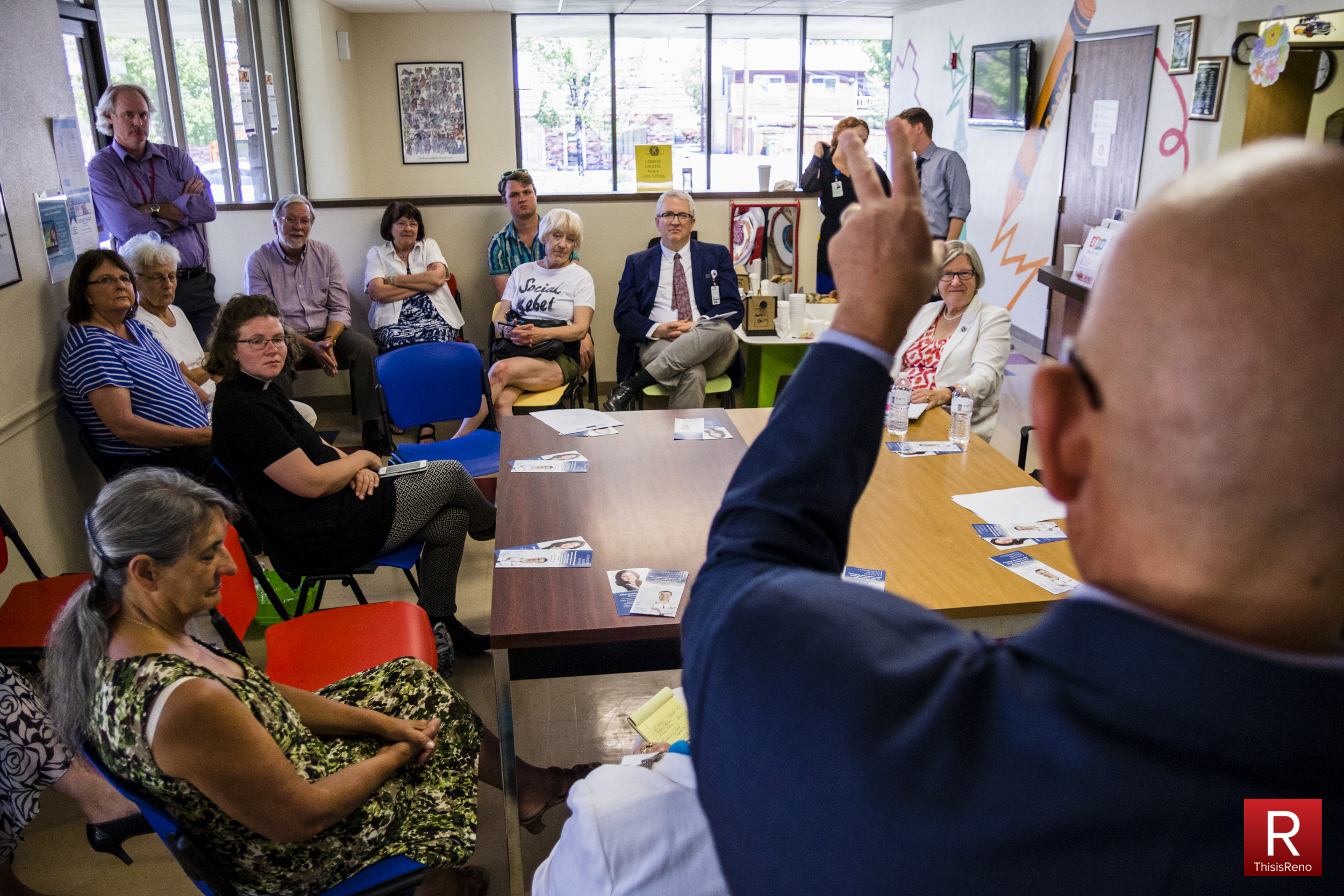 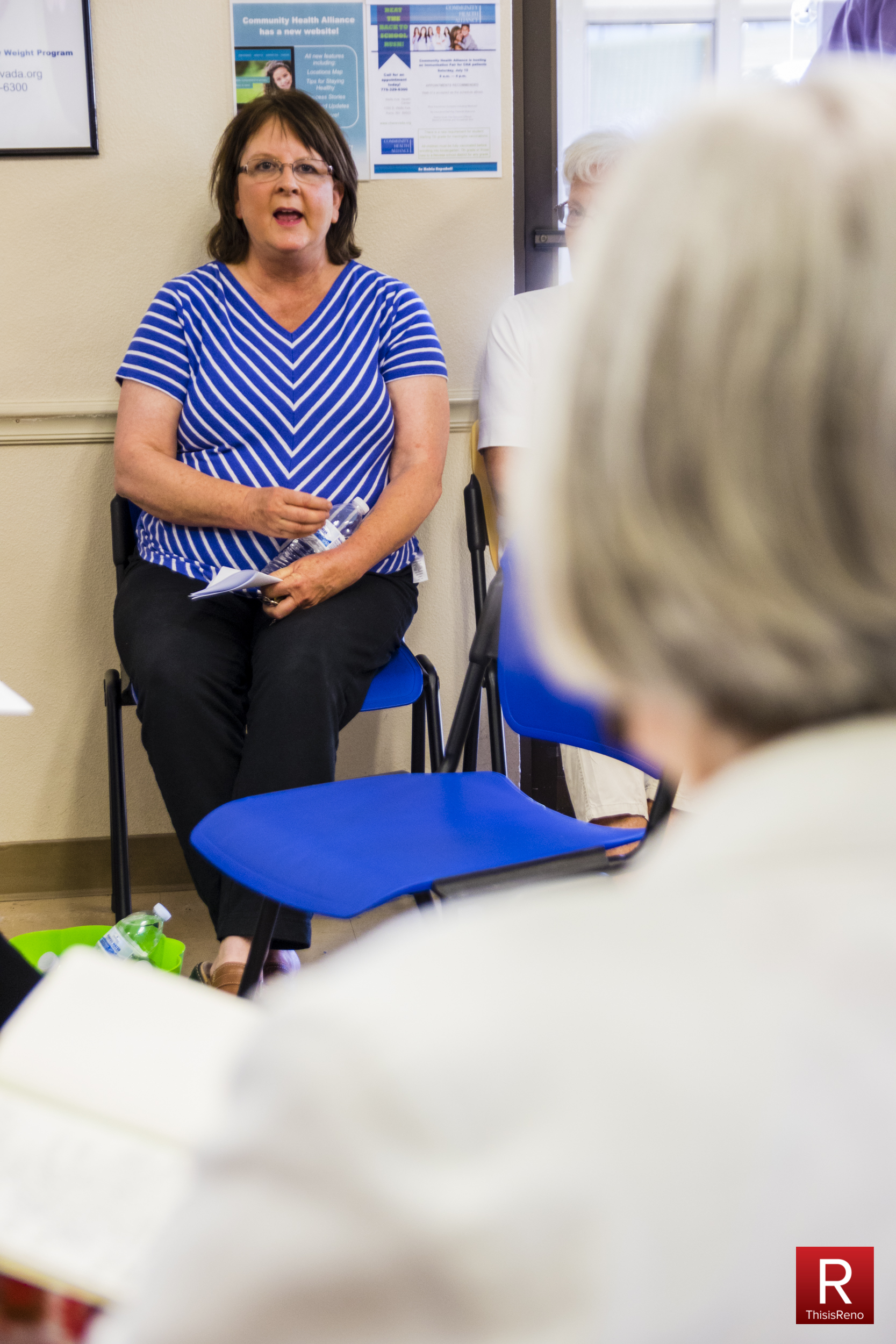 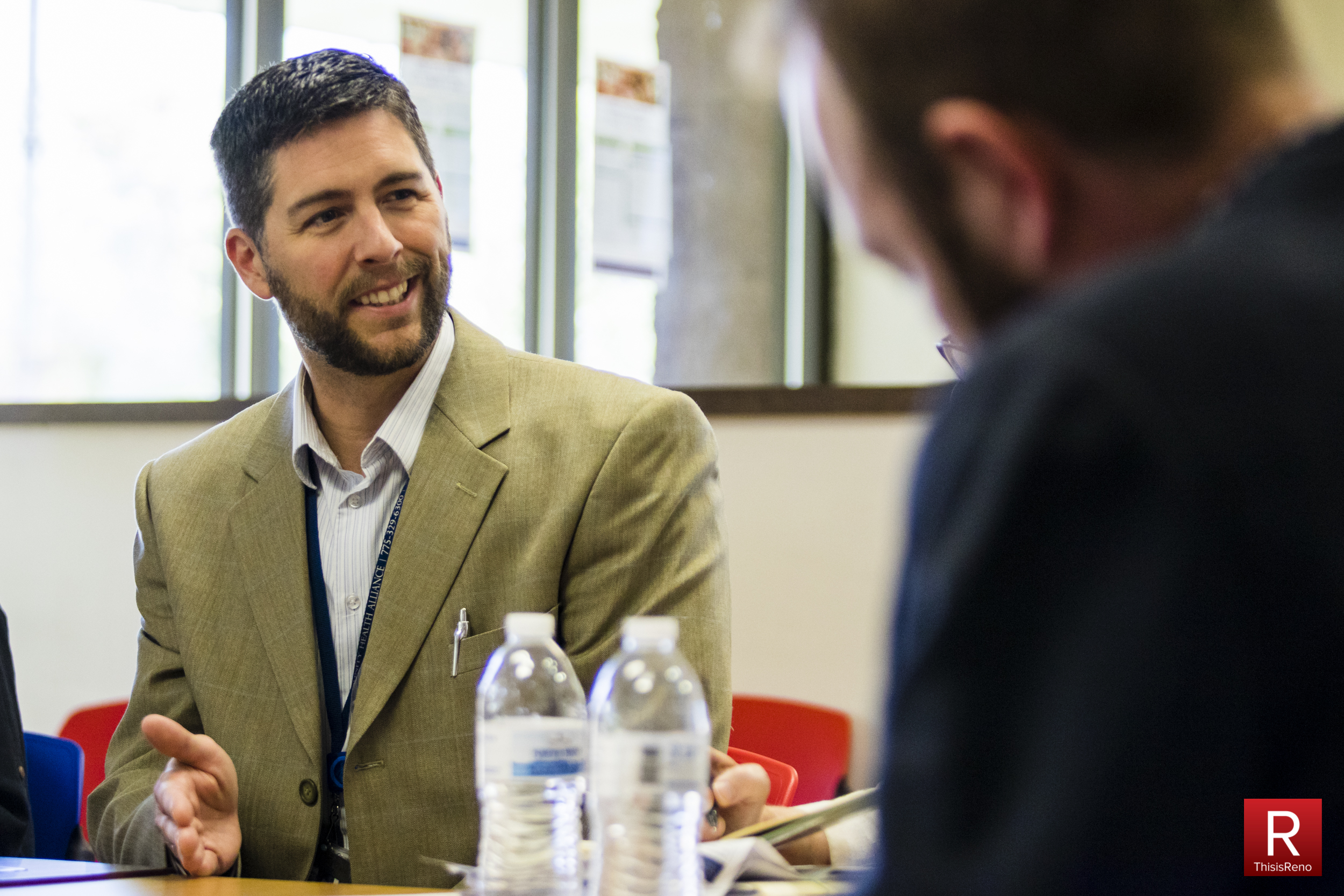 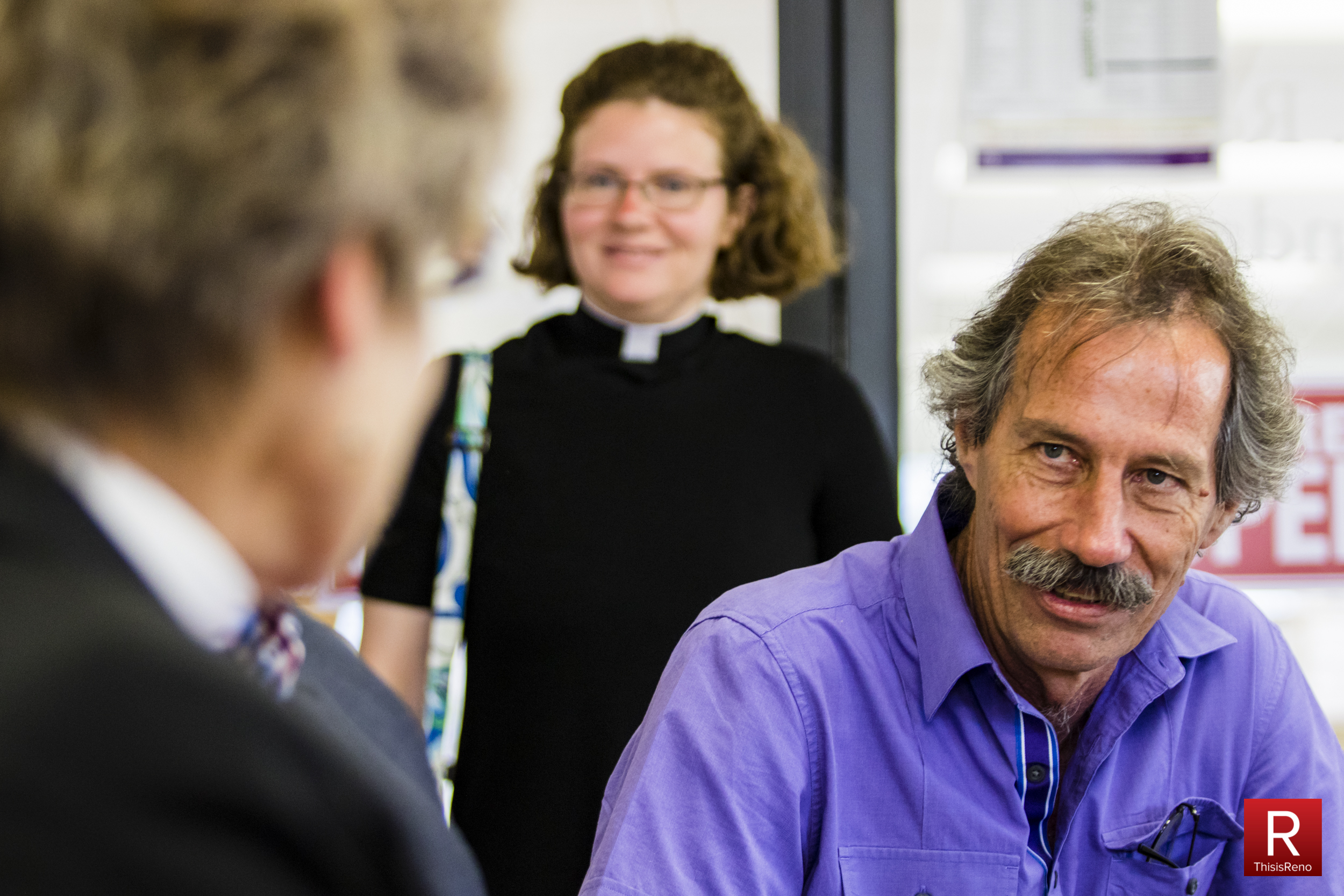 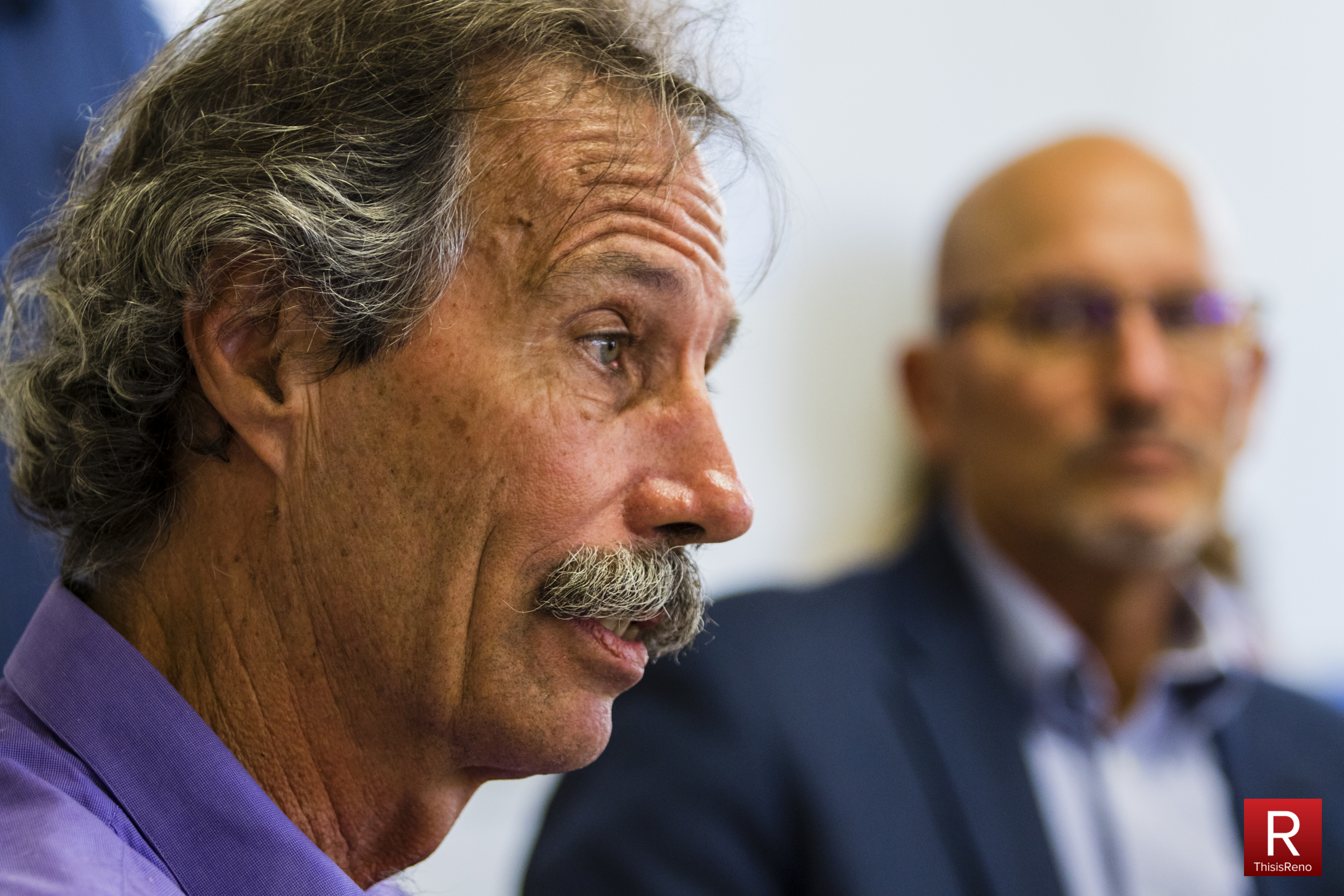 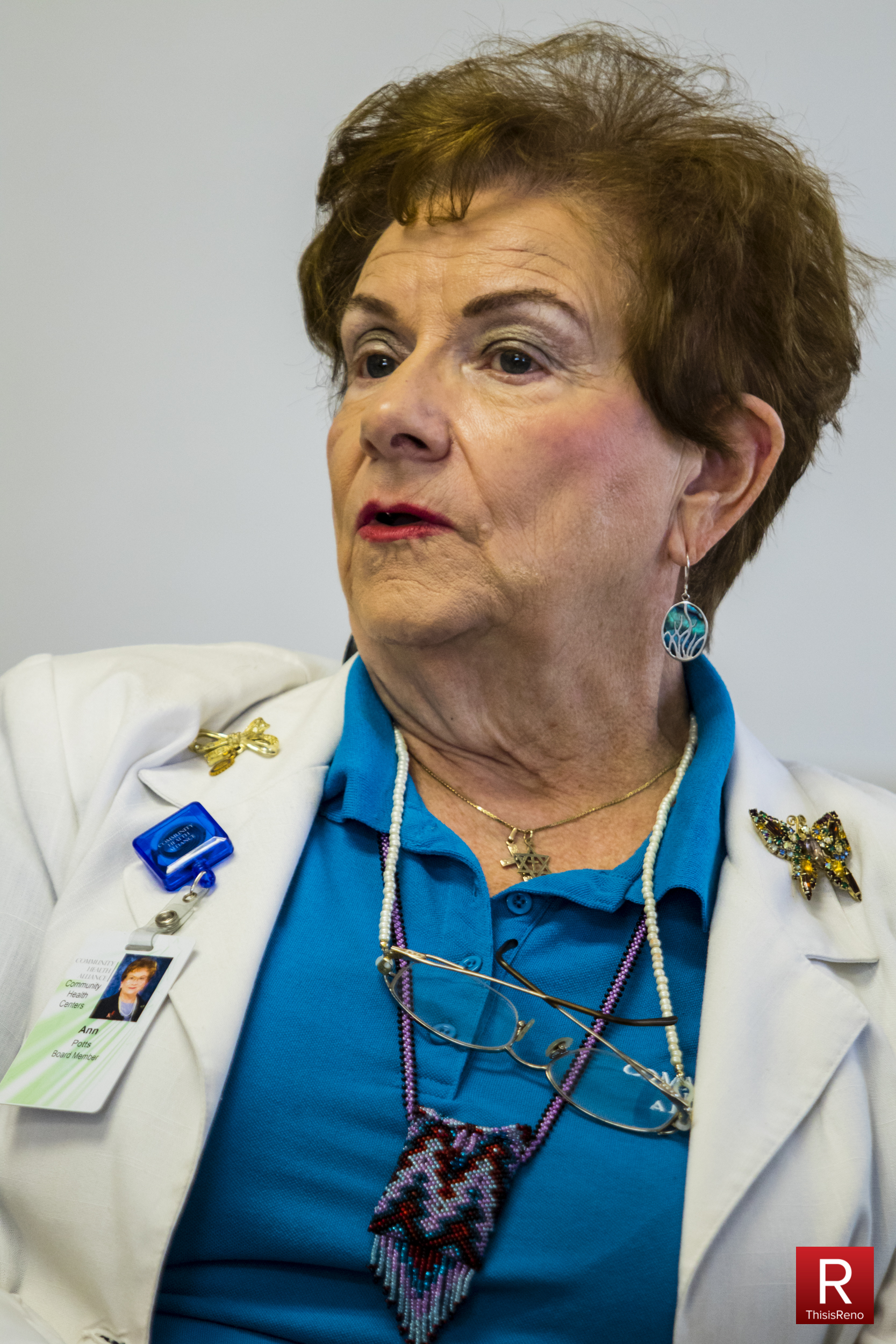 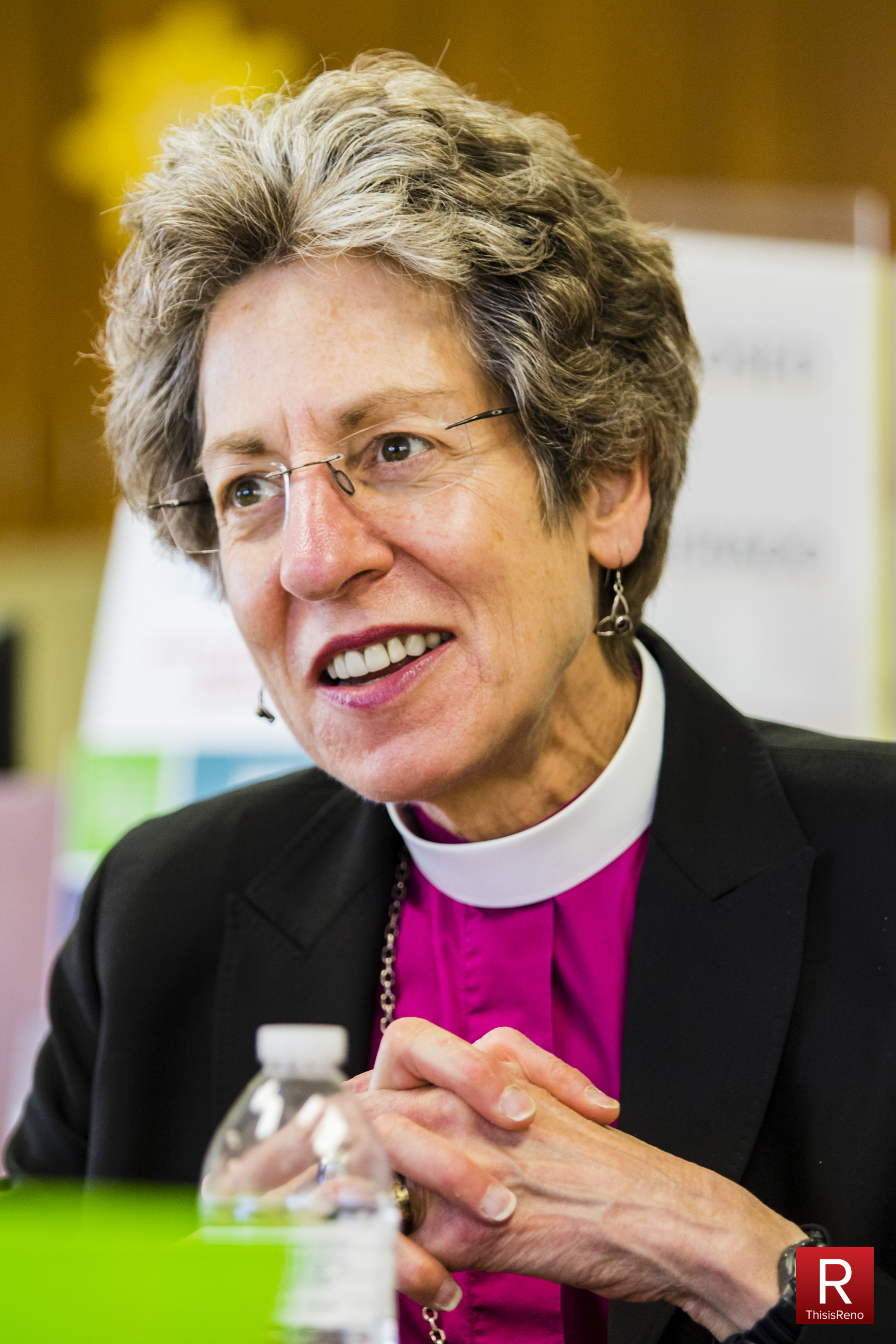 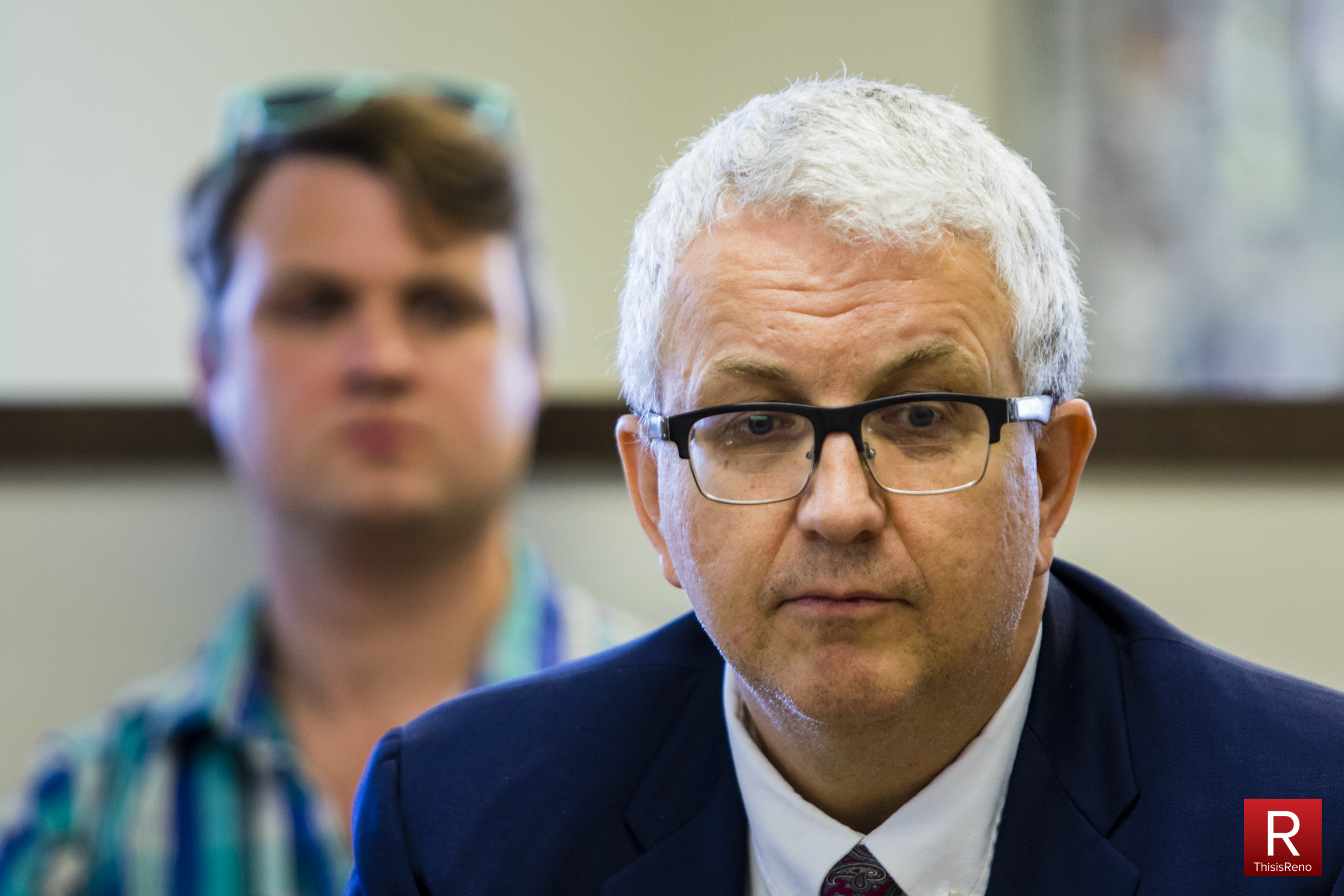 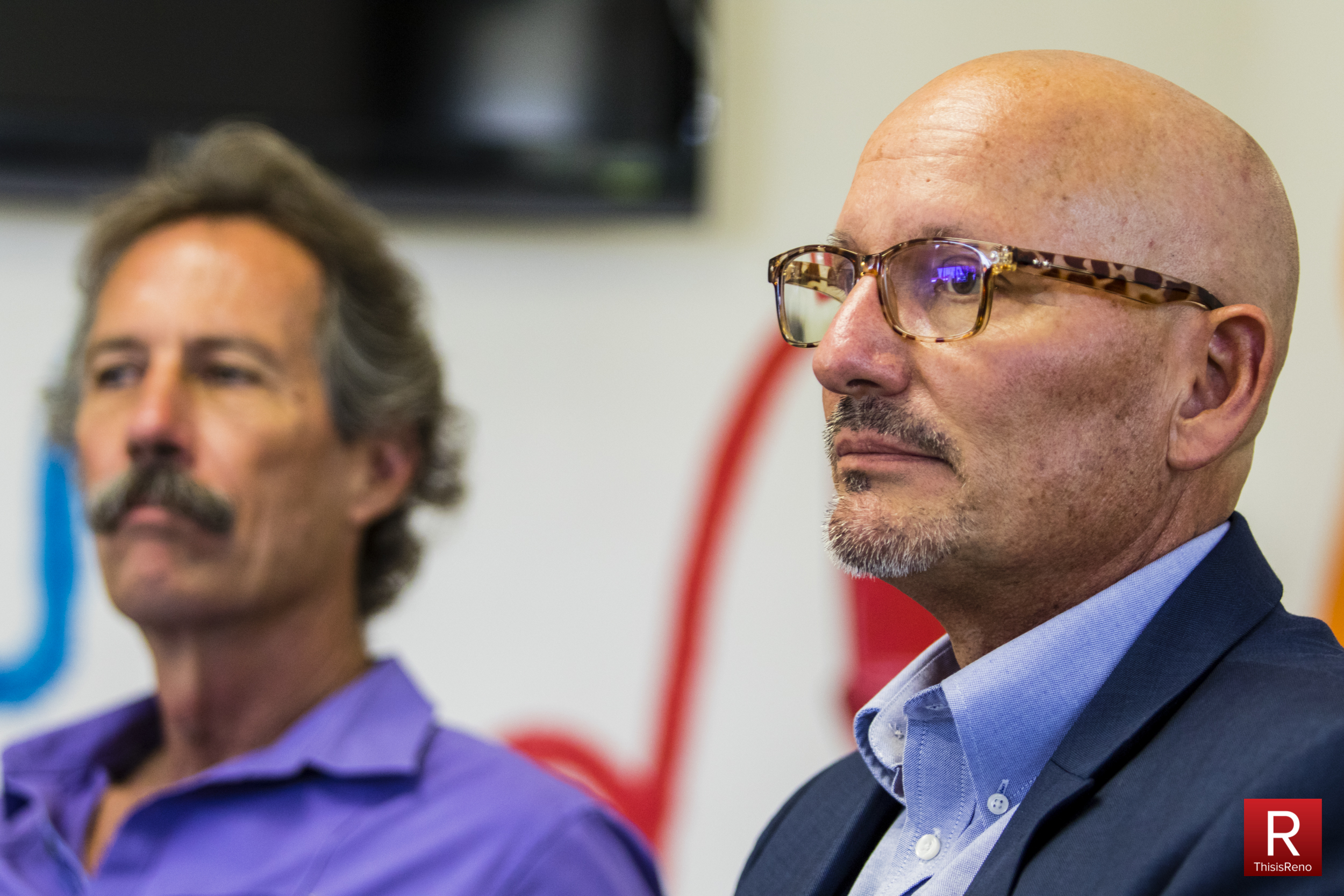 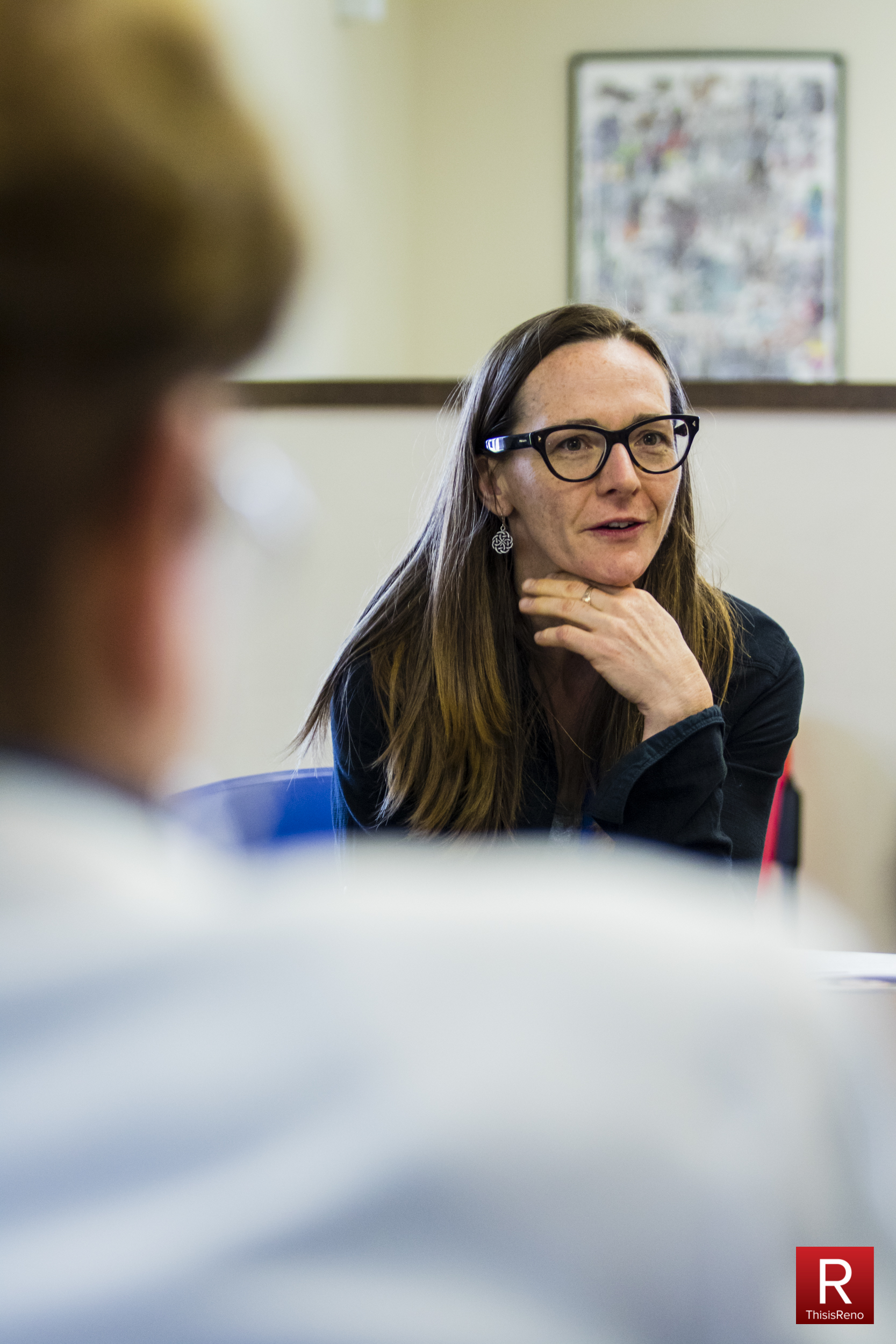 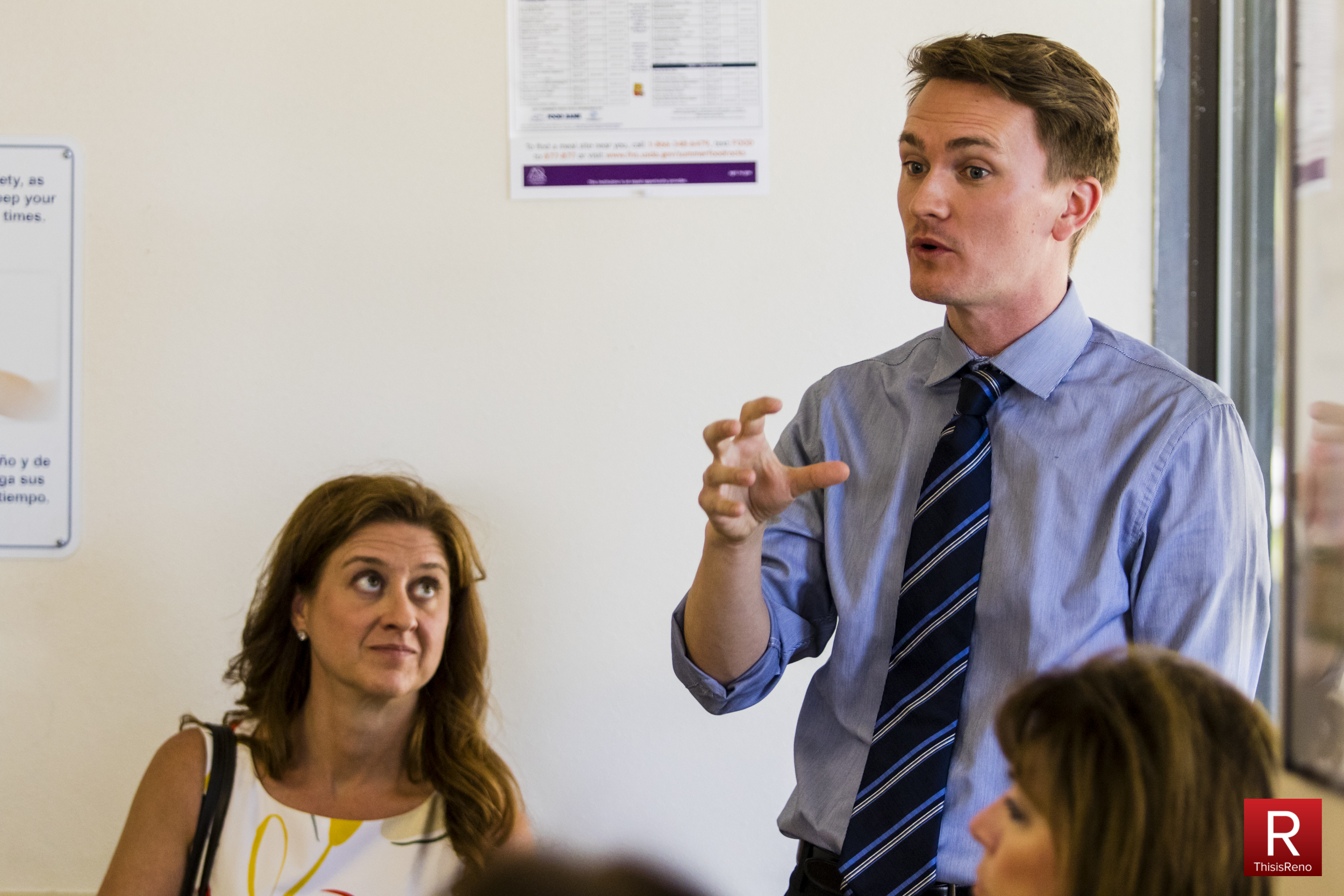 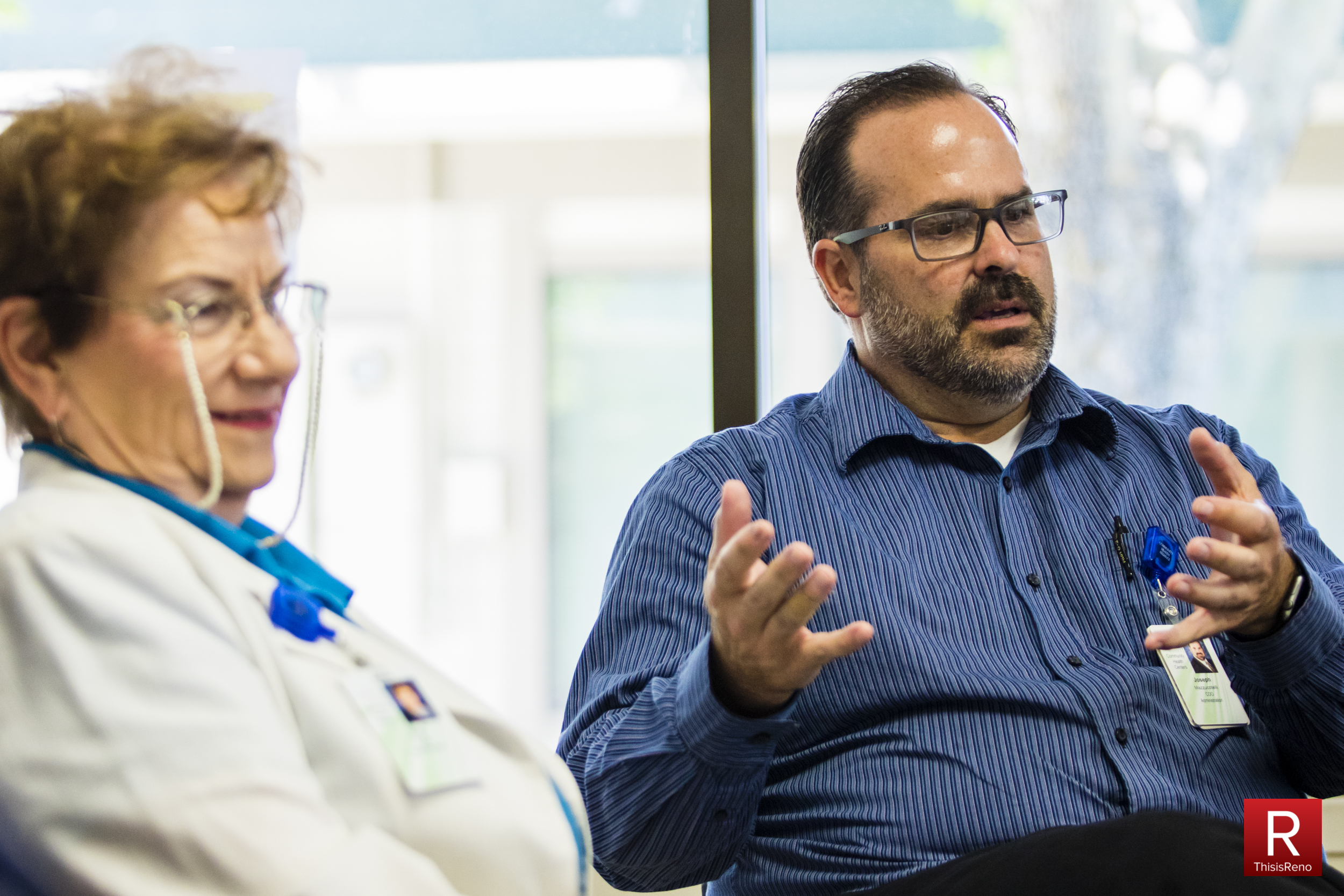 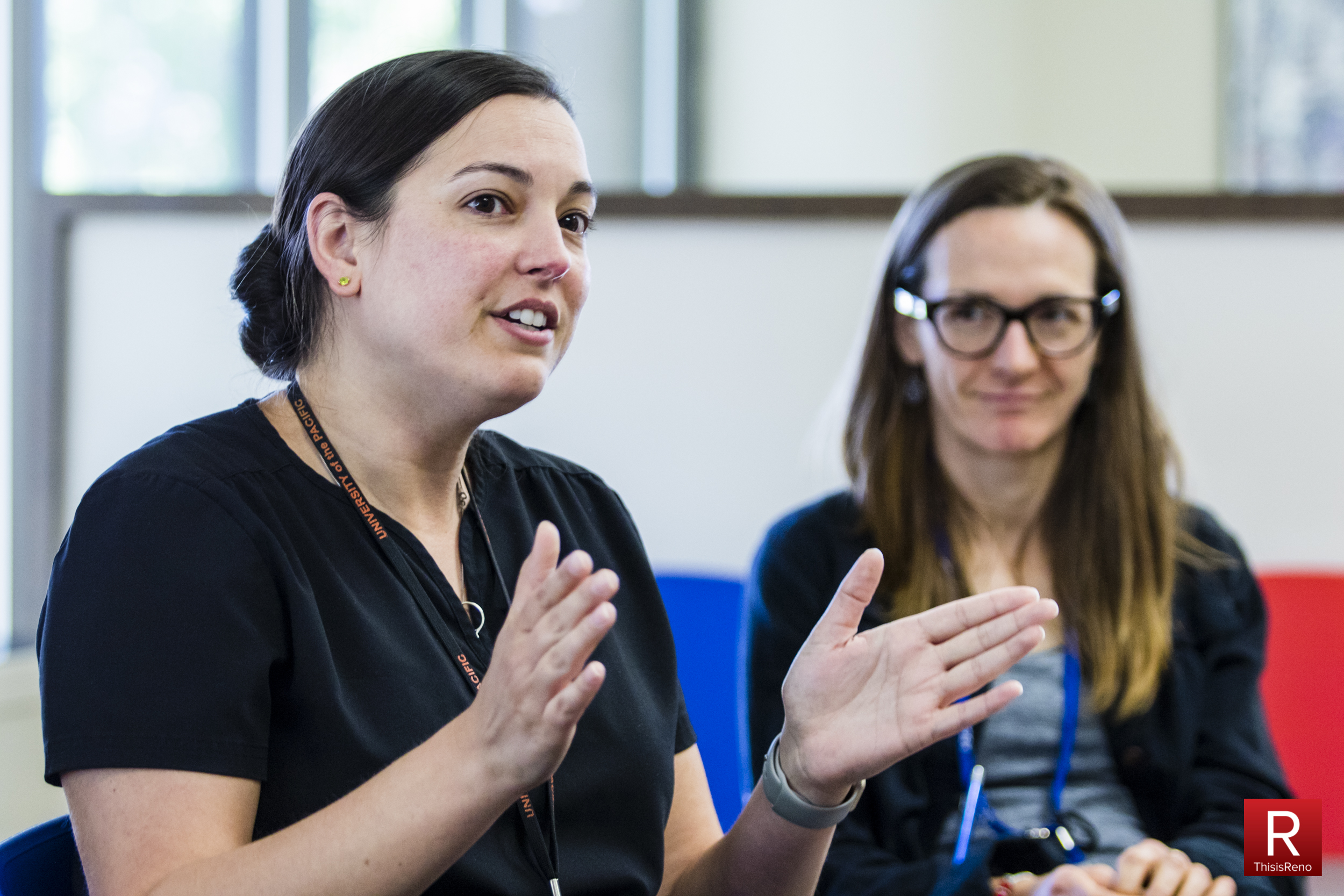 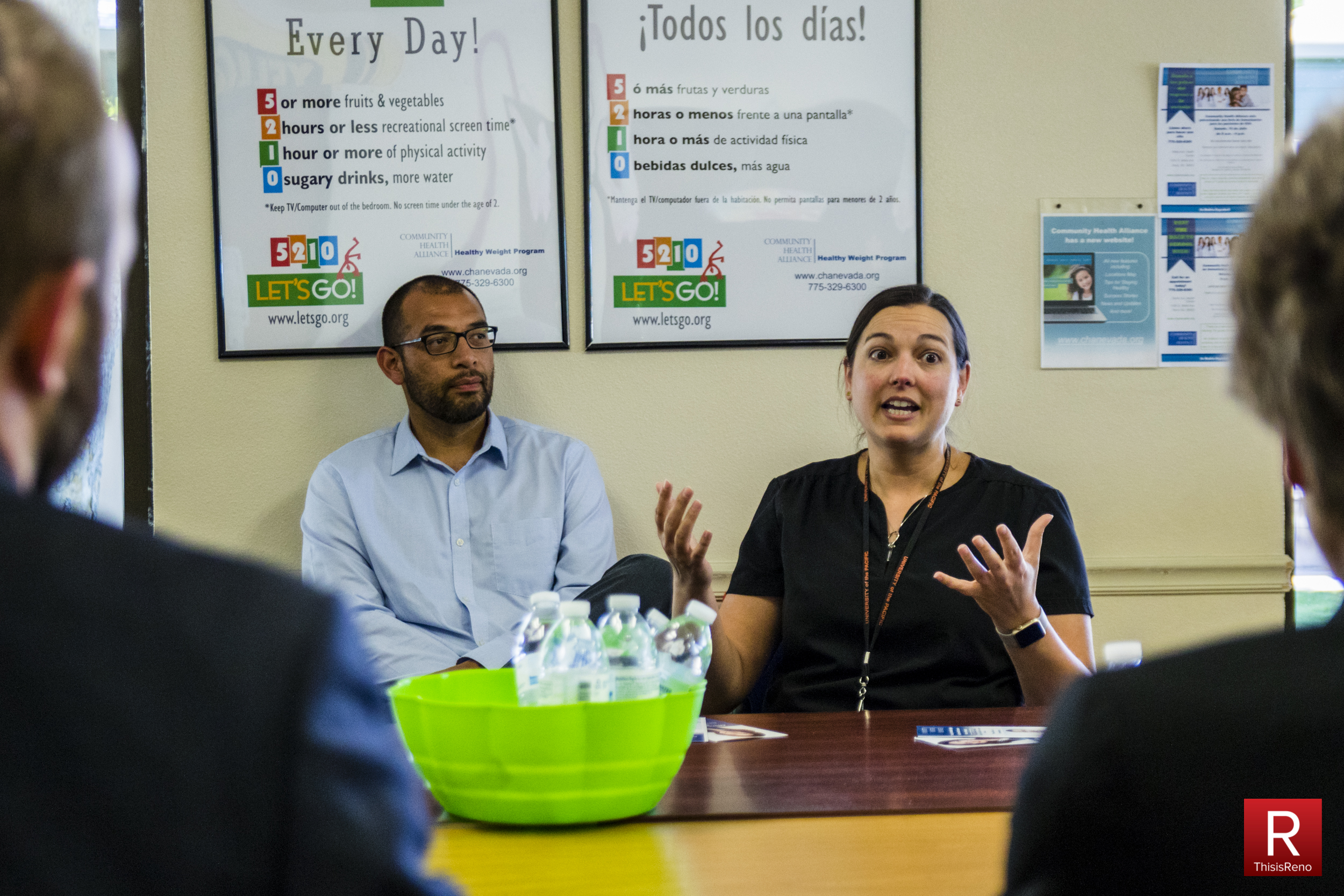 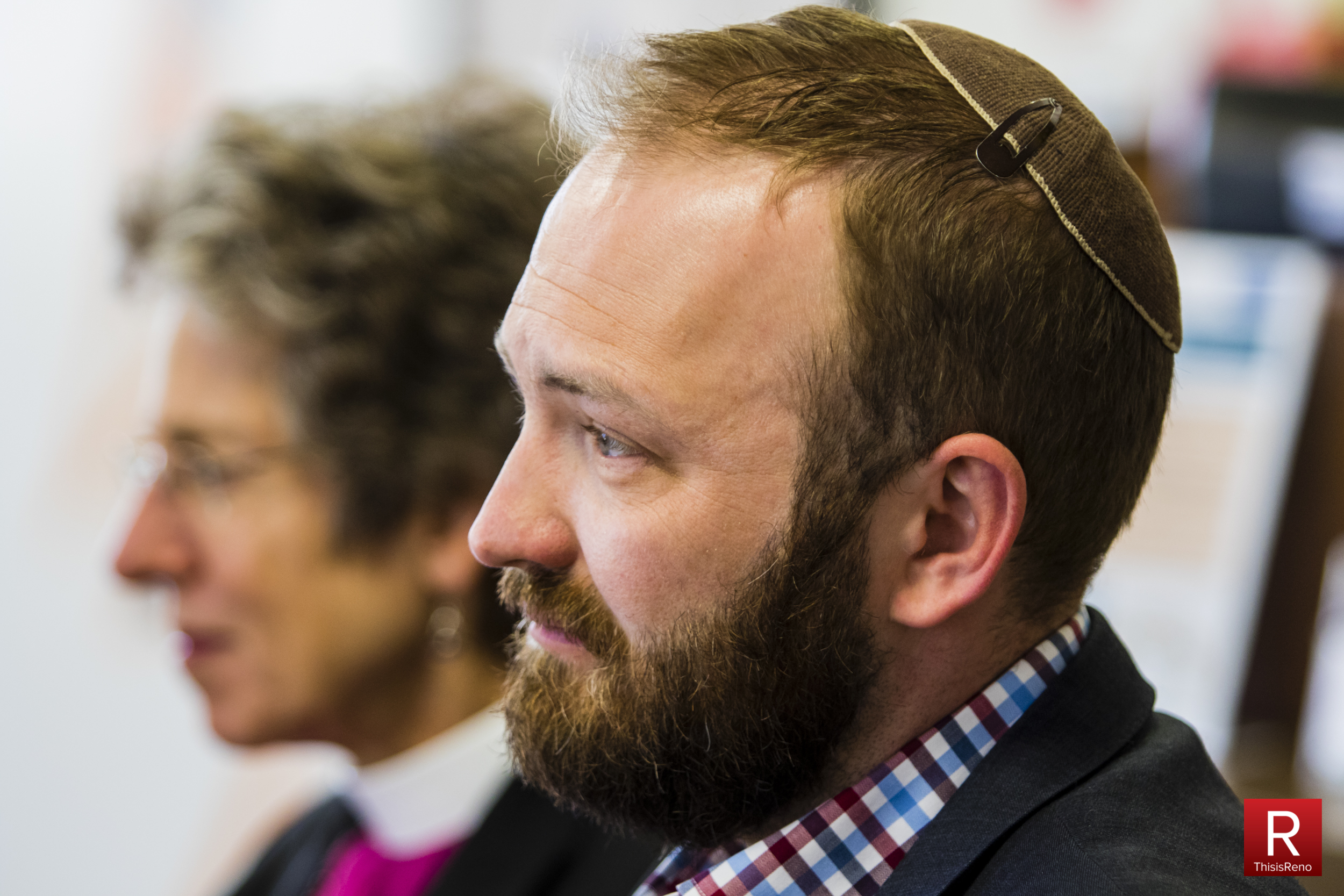 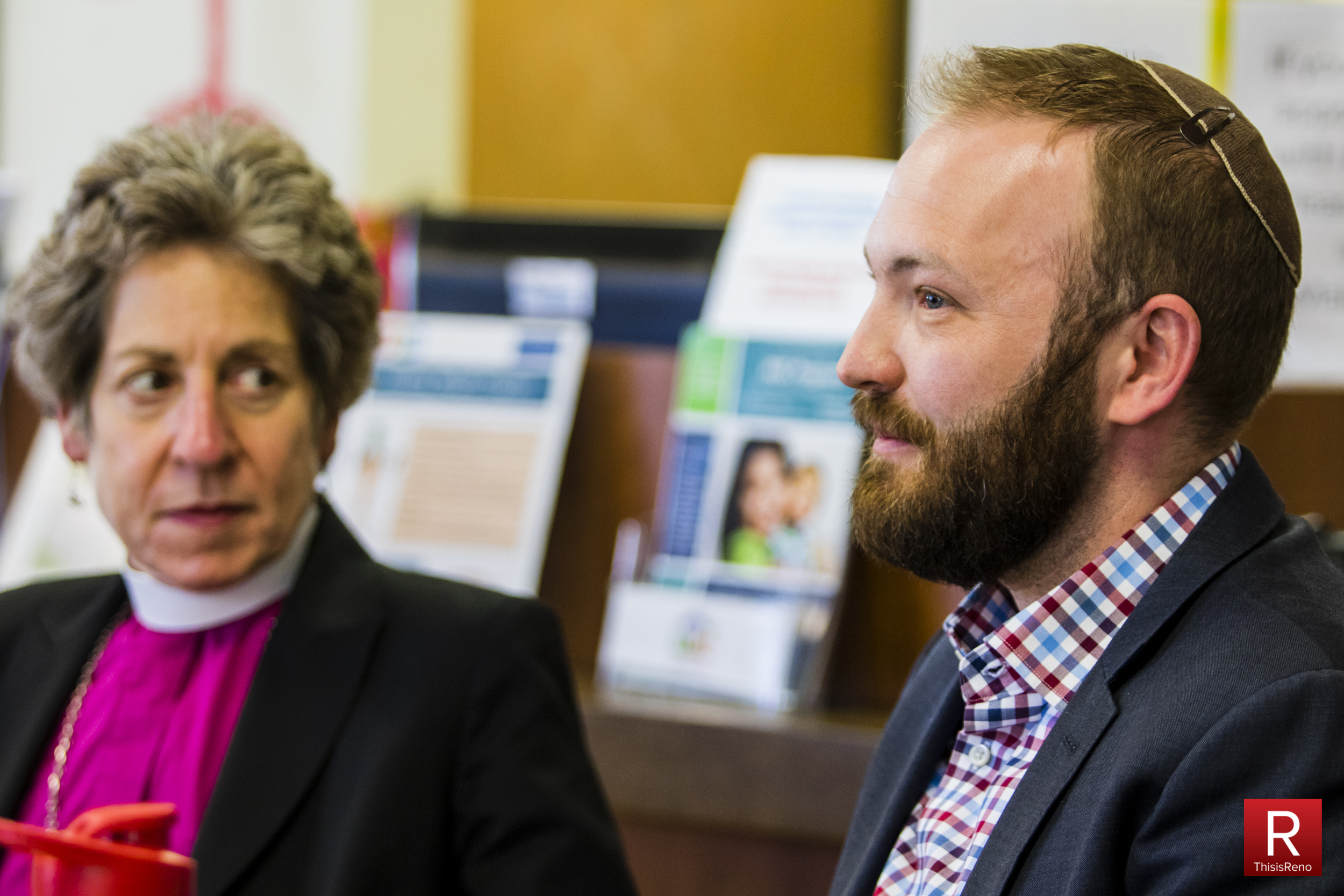 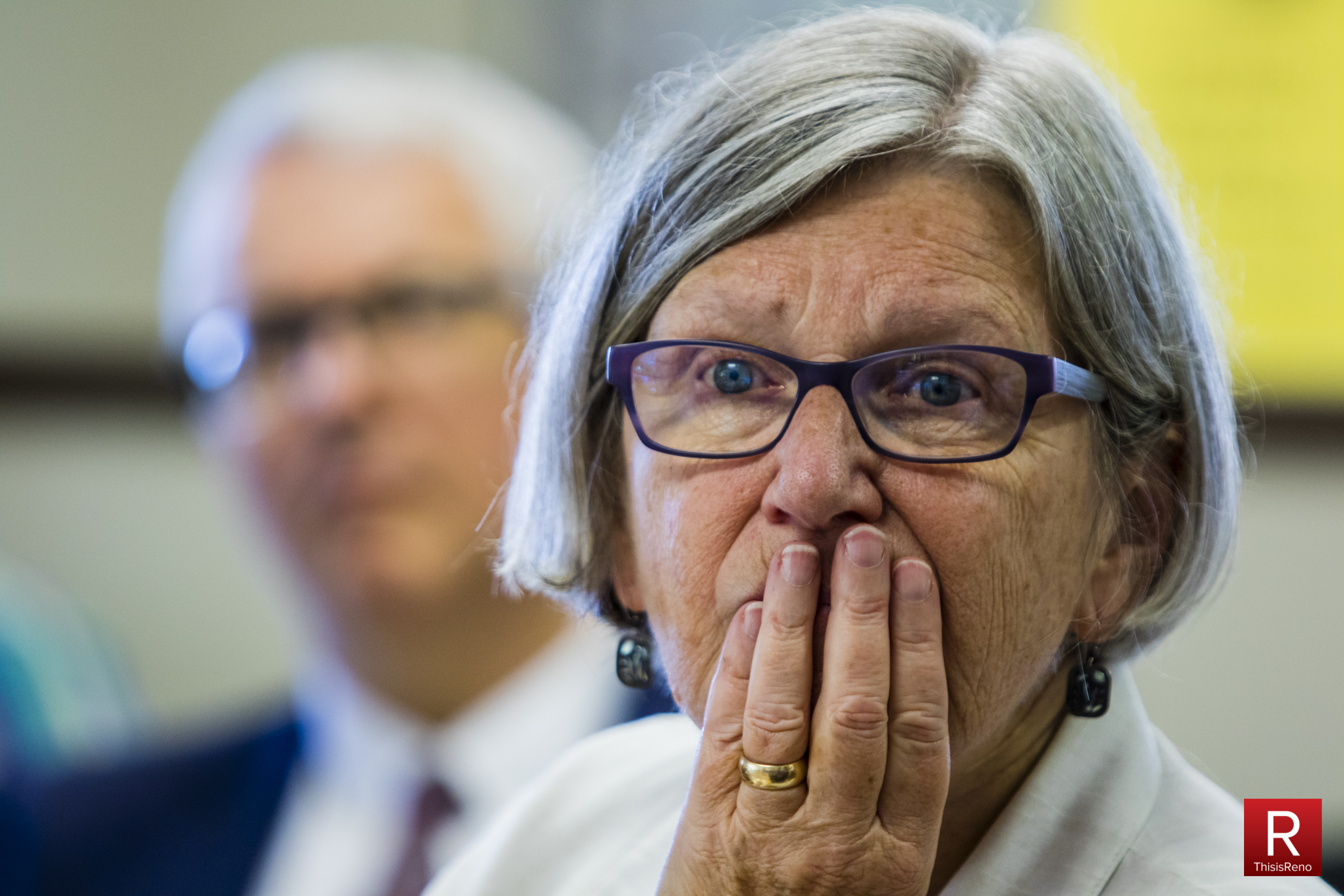 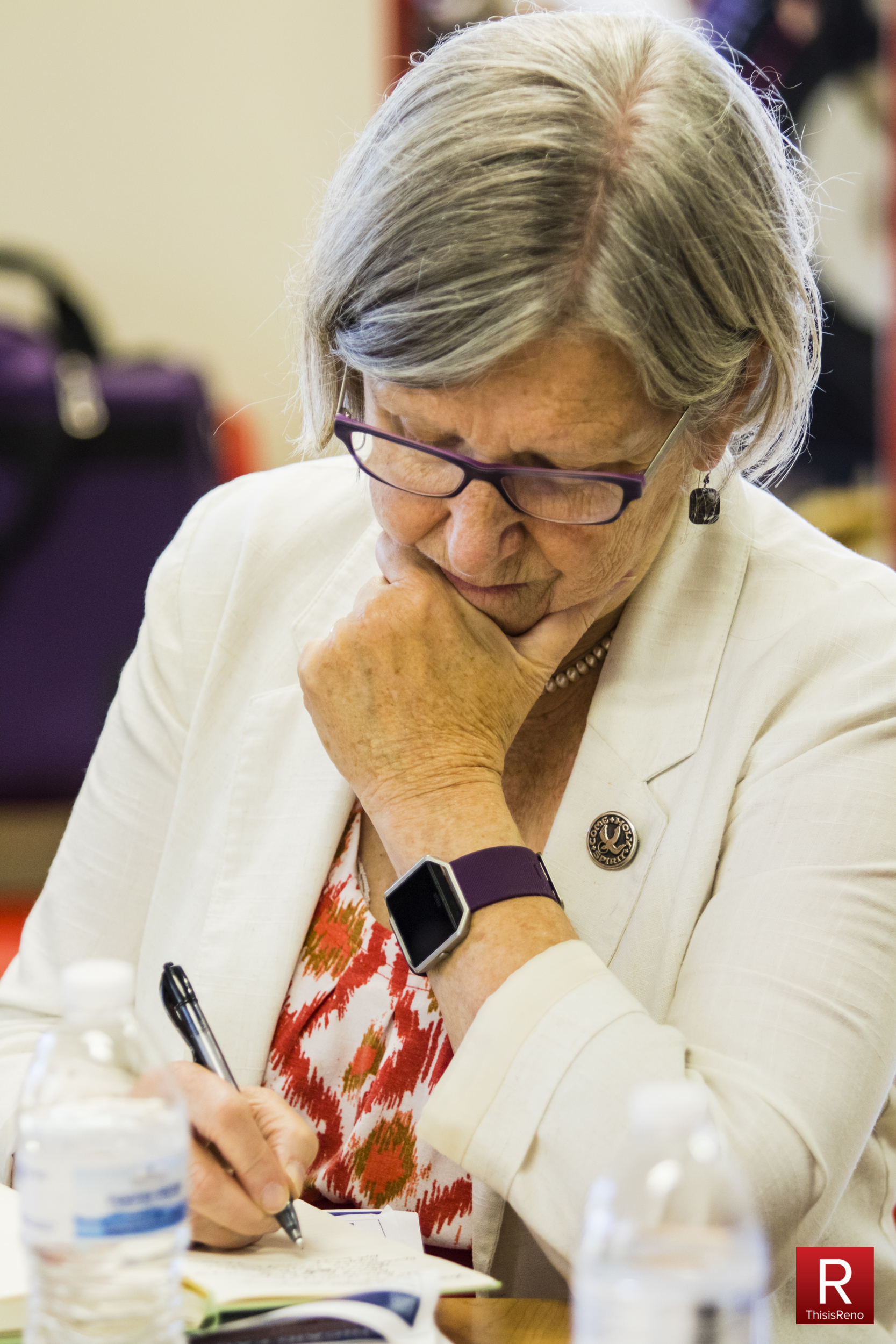 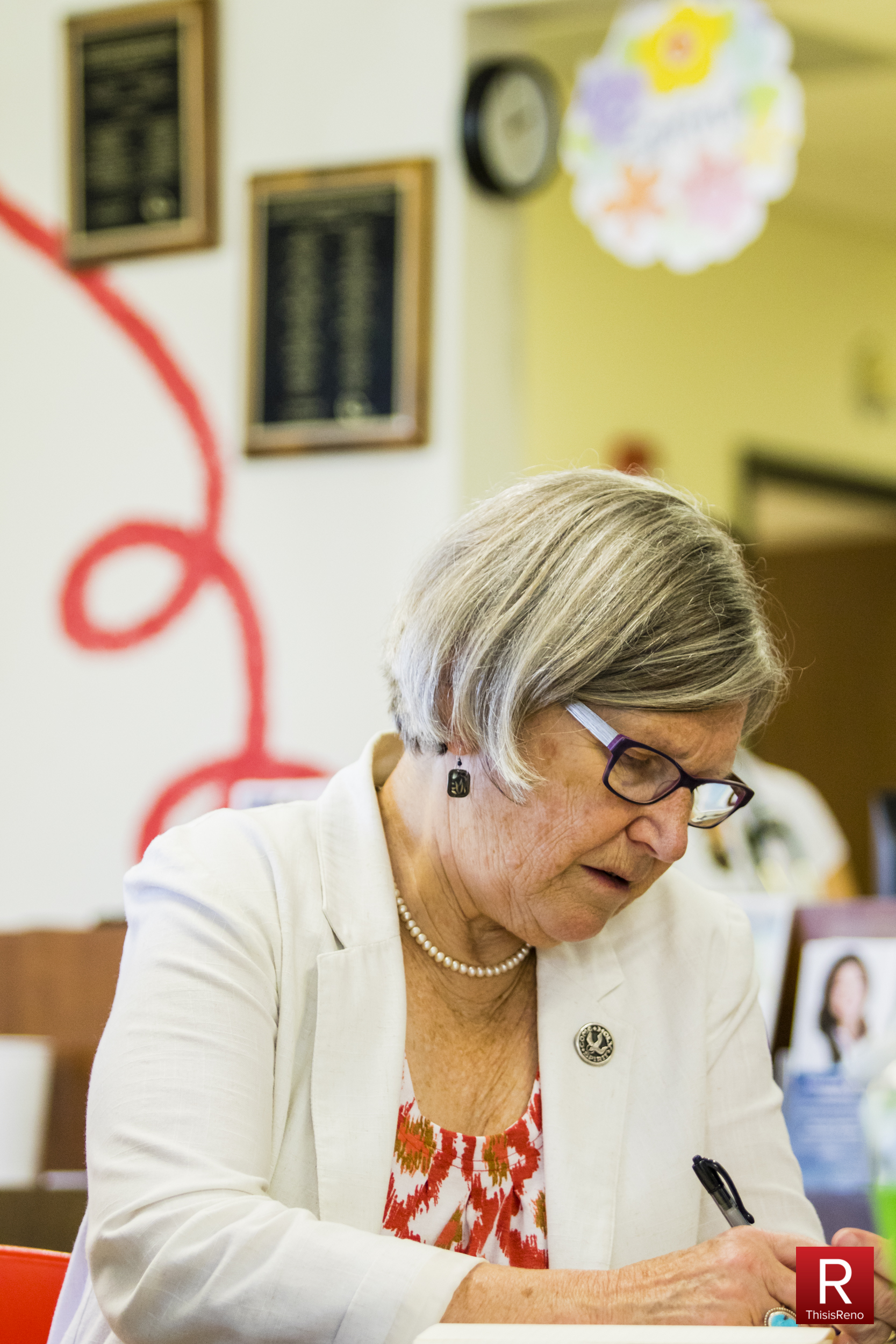 Sister Campbell is part of “Nuns on the Bus” whose advocacy efforts are believed to have helped pass the Affordable Care Act (ACA) in 2010. She is touring America gathering data and personal stories about the ACA and the potential effects if the law is repealed.

The event started with a tour of the CHA facility. But before the tour even began attendees were discussing issues in Nevada, specifically CHA’s partnership with the Food Bank of Northern Nevada whereby CHA is able to provide fresh fruits and vegetables along with their variety of services to any of 30,000 clients at their six offices. One particular story was about an eight-year-old experiencing his first strawberry. 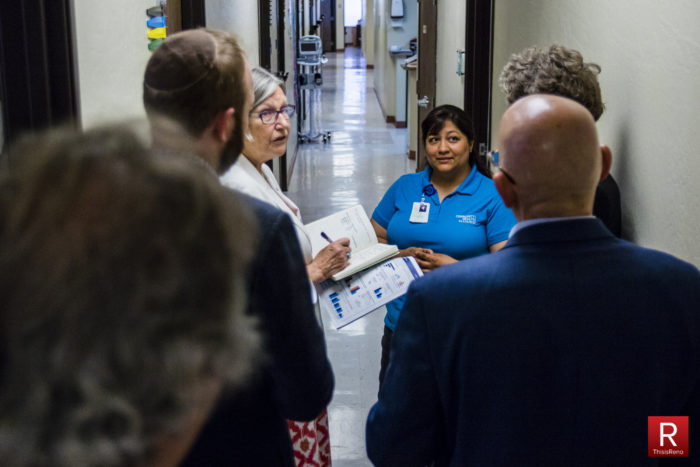 The tour began in the dental area where tour guide Eve explained the facilities and services provided. Next up was a room where in-office procedures could be performed, such as a minor biopsy or ingrown nail removal, then continued to the general exam rooms. The last tour stop was the pharmacy where pharmacist Netochi Adeolokun, RPh, explained some of the programs that allowed CHA to provide low-cost prescriptions to their patients, such as a prescription for the drug Humira for just $15.  At other locations patients might pay up to $5,000 for the drug.

After the tour, the group gathered for a round table discussion and more community members arrived to share their experiences. Physicians Danielle Stage, MD, and Lisa Collier, DDS, spoke first so they could quickly return to seeing their patients.

Dr. Collier spoke about how dental care is a blessing, and can also be difficult to attain for many seniors. She shared a story about an older woman who was unable to afford the necessary care but asked if Dr. Collier could numb the affected areas and then the patient could pull the teeth at home. Many in attendance expressed their discomfort for both the suffering of the woman and also that she was unable to afford the care she needed. Some good news closed the story, as the woman did get the procedure completed correctly, paid for by other financial means procured with CHA’s assistance.

Dr. Stage, a pediatrician, told her story while fighting back tears. She worked with a boy who is anorexic and discussed the challenge it has been to treat him, with much of his care taking place out of office. She said that she has spent hours seeking ways in which to get him the help he needs.

These stories also showed the emotional distress physicians go through in caring for their patients. 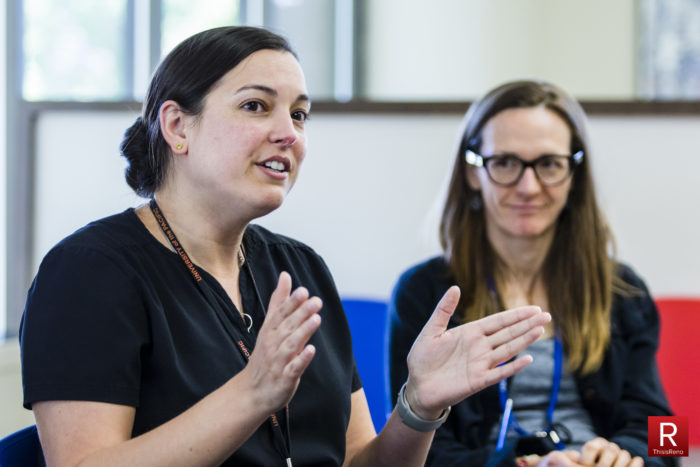 The discussion continued as multiple people explained to Sister Campbell that Nevada ranks 51st in the nation for mental health care, something already apparent through the wave of opioid addiction. Sister Campbell also learned about what participants called the “Tesla effect” and how it impacts Reno. They explained that the influx of new workers is pushing low-income people out of their current low-income housing and weekly rentals. In turn, those people end up on the street and their health issues, both mental and physical, only worsen.

Possibly the most somber part of the discussion was about rural Nevada, where one expert noted that every problem that had already been discussed is happening but “it’s 10 times worse.” Members added that in many ways the areas aren’t just rural, they’re frontier with medical response hours away, even by helicopter. One commented that it’s 2017 and people are still suffering because there aren’t even country doctors.

The current state of the ACA was the last matter of discussion. Participants noted that people were rushing to have medical procedures now, fearing a loss of access to health care if the ACA is repealed. 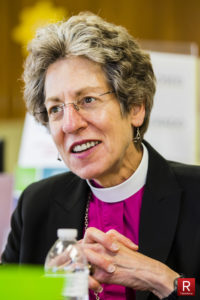 A story was told about a woman who has pushed her young child’s heart surgery up on the calendar a great deal, afraid that without the ACA her child could die due to her inability to afford the operation. Sister Campbell shared a story of her own about being in Baghdad in 2003 and having women plead to have C-sections before the war began. Everyone agreed the fears were similar.

As a final note, multiple faith leaders expressed their frustration with what they see as the selfish nature of people against the ACA. Their view is that young people don’t want to help pay for elderly people’s health care. One participant explained that it isn’t as much about finances as it is a lack of empathy.

Just before this event started, Sen. Mitch McConnell announced a delay of the vote for the health care bill in the Senate. Participants took this as a mixed blessing, giving them more time to speak with policymakers, but also leaving people waiting on solid answers about the future of their health care.