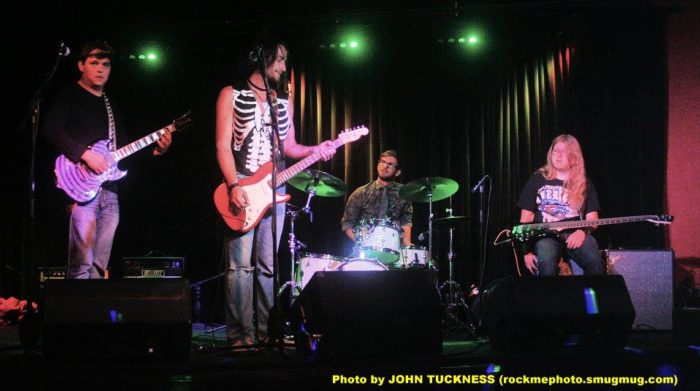 ThisisReno: How did you get started and who are your fans?

Serenity Awaits: We got started, Ben and myself (Gomes), at an open mic night and we started jamming and coming  up with music. He had music himself that he had written words to and I just came and brought the lead guitar. Then after that, just through time and doing shows and stuff like that, Ben and I went our separate ways for a little while. Kondor and Anthony joined the band and then we all came back together full circle. We’ve been playing ever since. Our fans are just pretty simple folk, regular folk, extreme, exotic folk. It doesn’t matter. Our fans are everyone.

ThisisReno:  Where can people listen to your music when you’re not playing live?

Serenity Awaits: We got a Reverb page @serenityawaits and we also got a Facebook page. If you message the FB page with your email, we can send you the music directly.

ThisisReno: Where do you see the band in five years?

Serenity Awaits: Hopefully going strong and on the big stage with big things going on. Rocking the entire world.

ThisisReno: How can people get ahold of you?

Serenity Awaits: Facebook is the easiest way to get a hold of us. @SerenityAwaitsOfficial and [email protected] And you can send written messages to reverb.com