By Bob Conrad June 13, 2017
The Greenhouse Complex, visible from Interstate 80, may be the most recognized part of the University of Nevada, Reno’s Agricultural Experiment Station on Valley Road. What people may not have noticed is the experimental vineyard, research on biofuel crops, alternative crops, drought resistant plants, rangeland restoration and urban agriculture experimentation. The public is invited to see all that happens at the facility at the annual Field Day on Sept. 8 from 9 a.m. to 2 p.m. Photo by Mike Wolterbeek, University of Nevada, Reno. 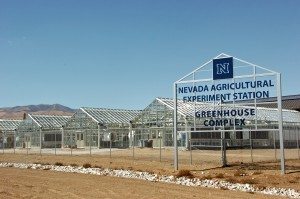 The Greenhouse Complex, visible from Interstate 80, may be the most recognized part of the University of Nevada, Reno’s Agricultural Experiment Station on Valley Road.

Efforts out of southern Nevada tried to grant the same designation to the Desert Research Institute and University of Nevada, Las Vegas (UNLV).

The change, which passed both legislative bodies, was vetoed this week by Governor Brian Sandoval.

“…(UNR) has been the only ‘land grant’ university in the state,” Sandoval wrote in his veto message. “It is a system that has worked exceptionally well, and such a dramatic disruption to that system, as proposed by Assembly Bill 407, is not justified, especially in light of the significant risks the bill presents to successful, longstanding university programs and critical federal funding.”

That funding historically goes to UNR to support agricultural programs through the College of Agriculture, Ag. Experiment Station and Cooperative Extension. The 2017 assembly bill, however, would have split federal dollars among three institutions: DRI, UNR, and UNLV. 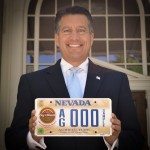 “This would leave UNR with only 25-35 percent of the normal annual appropriations it currently receives from the federal government based on Nevada’s rural and farm population size,” Sandoval wrote. “The three-way split in funding would not be enough to continue to support existing education and research programs at UNR or to recreate these programs at UNLV or DRI.”

While UNR has been considered the state’s land grant institution, Nevada’s Attorney General, through a 1969 opinion, insisted that Nevada’s land grant status is actually granted to the university system, currently the Nevada System of Higher Education (NSHE), not an individual institution.

Sandoval, however, disagreed with this opinion.

“There is no question that UNR is the land grant institution contemplated by the Nevada Constitution,” he said.

AB 407 was sponsored by North Las Vegas Assemblywoman Olivia Diaz. The bill was opposed by the Nevada Association of Counties, rural counties, and the Nevada Farm Bureau.

UNR to ask legislature for restored funding during 2023 session

Proposal would require counties to return state money for voting...