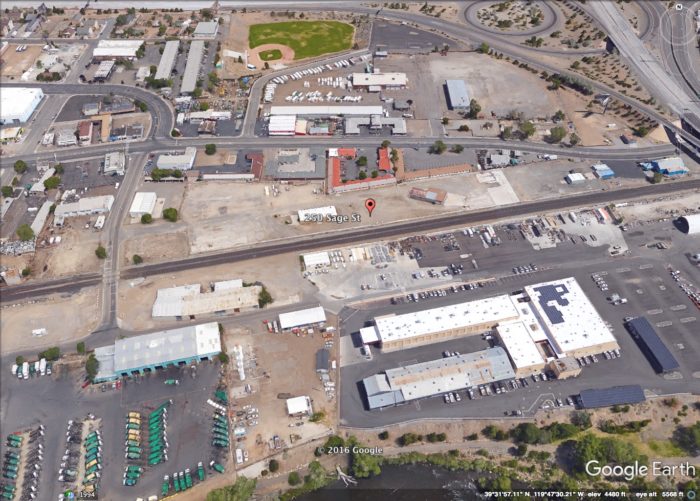 The City of Reno will consider next week four locations for a permanent overflow homeless shelter. The shelter is needed, particularly in the winter, to temporarily house those without a place to stay when the Volunteers of America shelter is full.

Four city parcels are up for consideration at next week’s City Council meeting:

City staff are recommending the 250 Sage Street location “due to the feasibility of usage and to mitigate impacts to the (Truckee) River.”

A building would have to be constructed at that site. The overflow shelter is considered an emergency facility and houses upwards of 100 people when in use.

According to the city, “historically, the overflow shelter was opened during cold weather months only, allowing homeless individuals to escape the cold. After analyzing statistics in 2013 and 2014, city staff, along with the Reno Police Department, has determined that when the overflow shelter closes there is an increase in calls for service, blight, and complaints at the CAC.”

Next week’s meeting is scheduled for noon on Wednesday, June 7, 2017 at City Hall at One East First Street.

SoultorN Gears Up for Comeback on Local Metal Scene