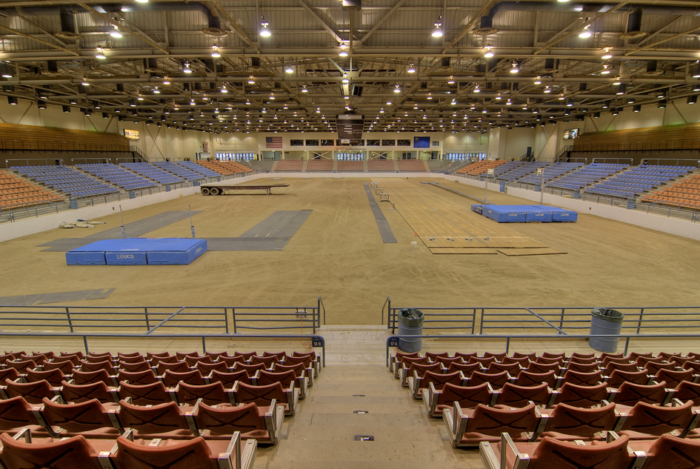 The Reno-Sparks Livestock Events Center hasn’t kept up with the times, nor has it been maintained properly, representatives from various organizations that use the facility told the Reno-Sparks Convention and Visitors Authority (RSCVA) board Thursday.

“The events have outgrown you and overproduced you,” said Bob Feist of the Bob Feist Invitational Team Roping Classic. “It’s too bad and it’s a shame because it’s an ideal location.”

For example, participants in today’s rodeo-style events don’t have pickup trucks that go in regular parking places, but instead need spaces for 30- to 40-foot trailers. What was once a “poor man’s pastime” has become a “rich man’s hobby,” Feist said. 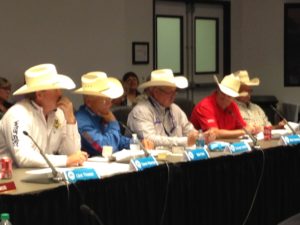 “The type of people you’re attracting have money,” Feist said. “They’re not sleeping under their truck with a bedroll.”

A comparison of nearby space inventories show the municipally-owned WestWorld in Scottsdale, Ariz., has 386 acres with 936 horse stalls. Expo New Mexico in Albuquerque, a 501(c)3, has 236 acres and 2,500 horse stalls.

“Hypothetically speaking, if you had just $1 million to spend on the livestock events center, what would you spend it on?” RSCVA CEO Phil Delone asked event representatives.

“The biggest challenge is parking,” said Mike Sweeney, American Cowboy Team Roping Association business manager. “Every year, my biggest challenge as a manager is how we’ll get everybody in here and out of here.”

Others agreed, noting RSCVA representatives have been hospitable and that those who’ve visited Reno multiple times for such events are familiar with logistics. However, Reno is a hard sell for an organization wanting to hold a sizable first-time event here.

RSCVA Chairman Bob Lucey described the property as “land challenged” because no adjacent property is available to expand upon.

“Because you are the experts in the industry, how do we make it suitable for you and make it financially feasible for us?” Lucey asked.

Sweeney said putting a roof over the outdoor arena would help. Also, putting in more livestock stalls would help offset cost if they were rented.

RSCVA board member Bill Wood suggested offsite parking with shuttles in addition to the shuttle from the University of Nevada, Reno that’s been used in the past; while board member Rick Murdock floated the idea of privatizing the facility. 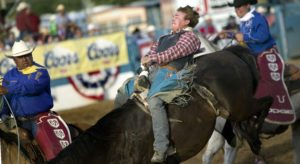 The past and future projected performance of the facility, as well as anticipated capital needs, were among things addressed by RSCVA financial staff. The venue operated at a loss of $776,821 this fiscal year and is expected to operate at an almost $716,000 loss next year.

RSCVA put $450,000 in its budget for facility maintenance for the upcoming fiscal year but a total of $5.3 million is necessary for current business. This includes $1.25 million needed to pave the north parking lot and $500,000 each for roofing and the heating, ventilation and air conditioning system, the financial report said.

The cost for enhancements to bring new business is an estimated $3.2 million annually, including $1.5 million for a new multi-use facility, $1 million for a flat floor in the main arena and $600,000 for a jumbotron.

RSCVA has been aware the facility needs work.

“We’ve only got so many dollars to spread around for capital improvements and we’re looking at creative ways to meet needs in the future,” RSCVA spokesman Ben McDonald said.

A bill in the state legislature that would’ve eliminated a lease between the state and Washoe County and allowed the Nevada Department of Agriculture to take over the property in July 2018 stalled. The Senate Government Affairs Committee heard the bill in March but never voted on it. Had it been approved by the full legislature, plans would’ve been for trustees representing various livestock organizations to manage the site.