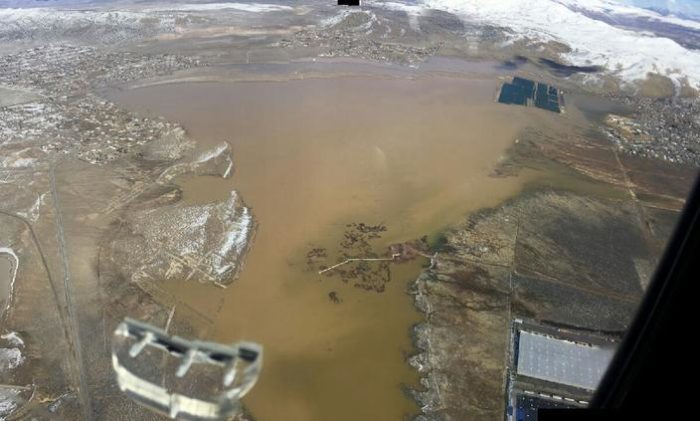 The Washoe County Board of Commissioners approved today more than $1 million out of the county’s general fund to cover flood-related expenses in the wake of the past winter’s flooding in the North Valleys. The amount is in addition to $2 million spent to date, bringing to the total to just over $3 million.

“Today’s actions only cover the county’s costs that we have incurred,” he said. “What we haven’t covered … are the roads funds disaster expenditures, which are a little bit over $1.1 million.”

Mathers explained that those costs are being covered by deferring other scheduled work.

“The winter was severe — the greatest on record,” he explained. Another $6 million, or more, in repair and capital improvement costs have yet to be covered. 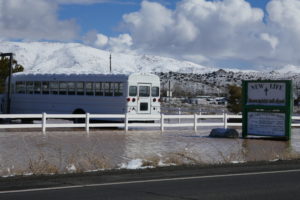 The $1 million approved today covers $200,000 in mosquito abatement. FEMA reimbursements of up to 75 percent for some projects have not been received yet. The state may contribute to costs not paid by FEMA, as well as about $3 million from county water rights sales.

Mathers said it’s not clear how much the state would contribute.

“So you’re saying we have done something,” remarked Commissioner Vaughn Hartung, in response to critics who said the county has not done enough to mitigate ongoing flood damage in Lemmon Valley.

Commissioner Kitty Jung questioned how the county will address future flooding in the closed Lemmon Valley basin. Residents have been critical of the county’s response to the flooding. Properties are still flooded because there is nowhere for the water to go.

Reports since the ’90s warned of increased flood impacts if the Lemmon Valley area continued to be developed without flood mitigation. The area sustained flash flooding in 2015, which damaged homes and properties.

County Engineering and Capital Projects Director Dwayne Smith stressed in March that the amount of moisture received was unprecedented.

“Anything that goes into the basin that would stop water from going into the ground — a building, a roadway, any type of physical structure that would reduce the impervious surface — the issue is that it doesn’t allow the water to get into the ground in the same way that it did historically,” he said. “When we’re dealing with the persistent moisture condition that we’re in, and the saturated ground condition … none of the ground anywhere is absorbing the water in the same way it would be doing under normal circumstances because it’s saturated.”