Cirque Le Noir – The Dark Side of Cirque at Eldorado (Review) 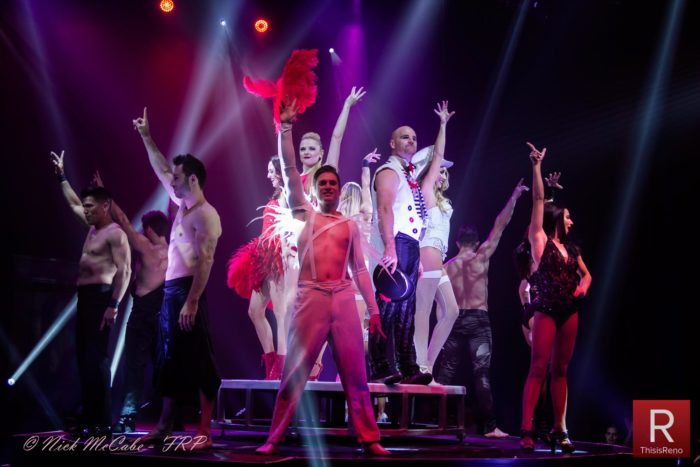 The first time I ever went to the circus was in the early 60’s. I remember a clown coming into the crowd and up to our seats. He picked on my older brother and pulled a bra out of his shirt. It was the Ringling Brothers and Barnum & Bailey Circus. Lions and tigers and bears, oh my. Not anymore.

A lot has changed.

Cirque Le Noir – The Dark Side of Cirque is a world class show that is surreal, sensuous (while remaining family friendly), and intoxicating to the senses. The physical prowess of its members is, in a word amazing. The cast is made up of a talented group of performers from around the world. Aerialists, athletes and circus performers from such distinguished organizations as Cirque du Soleil are among the troupe. This show is currently in residence at the Eldorado Hotel and Casino here in Reno. 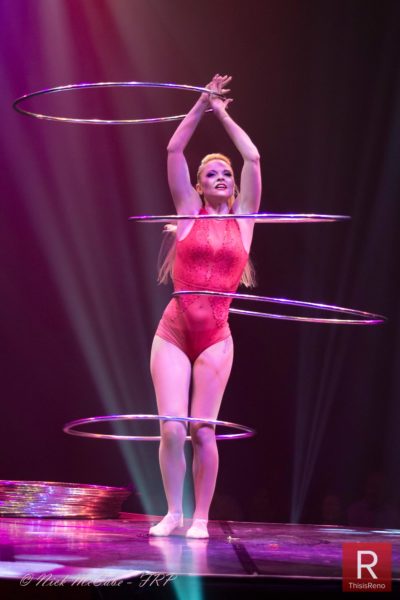 Accompanied by French accordion music filling the theater the show began with the master of ceremony, a mime artist, emerging timidly through a large wooden door at the back of the runway and slowly walking to center stage while checking out the audience. He pulled a member up to the stage to help get the show rolling. It was a very funny introduction — well played in getting the crowd loosened up.

At this point a circular curtain dropped from the top of the rigging to center stage creating a tube. From a hidden door in the floor of the stage the cast emerged within the curtain. It then dropped to the ground revealing the cast all dressed (or semi dressed) in white, and the show was on.

The next 75 minutes was filled with feats of athletic and acrobatic excellence in the air, on the stage, and in the audience. All of the acts were accompanied by dancers and performers adorned in scant and exotic costumes moving about the stage and theater in choreographed vignettes, intermingling with the crowd and assisting the performer in feature.

The special effects of smoke and lights filled the room with a surrealistic atmosphere. On the stage there were multiple balancing acts, Cyr wheel, cube twirling and Hula Hoop artists and dancers. Not to mention their Master of Ceremony who made several appearances, both comedic and artistic. Above the stage were various aerial performances including the Aerial Hoop and solo flying strap. Performers roaming around the audience with scarves, globes, candles and other glowing ornaments added to the mystique, as did the ever present period music.

You’d find more fat on a rib eye steak than on all the members of this cast put together. This is a beautiful and talented group of performers. You need to look at the photo gallery to really understand the surreal feel of the show. The newly renovated Eldorado Theatre is a fantastic and intimate venue for such a show, with the round stage centered in the room. There’s not a bad seat in the house. This show will be in residence through August.

I highly recommend it. 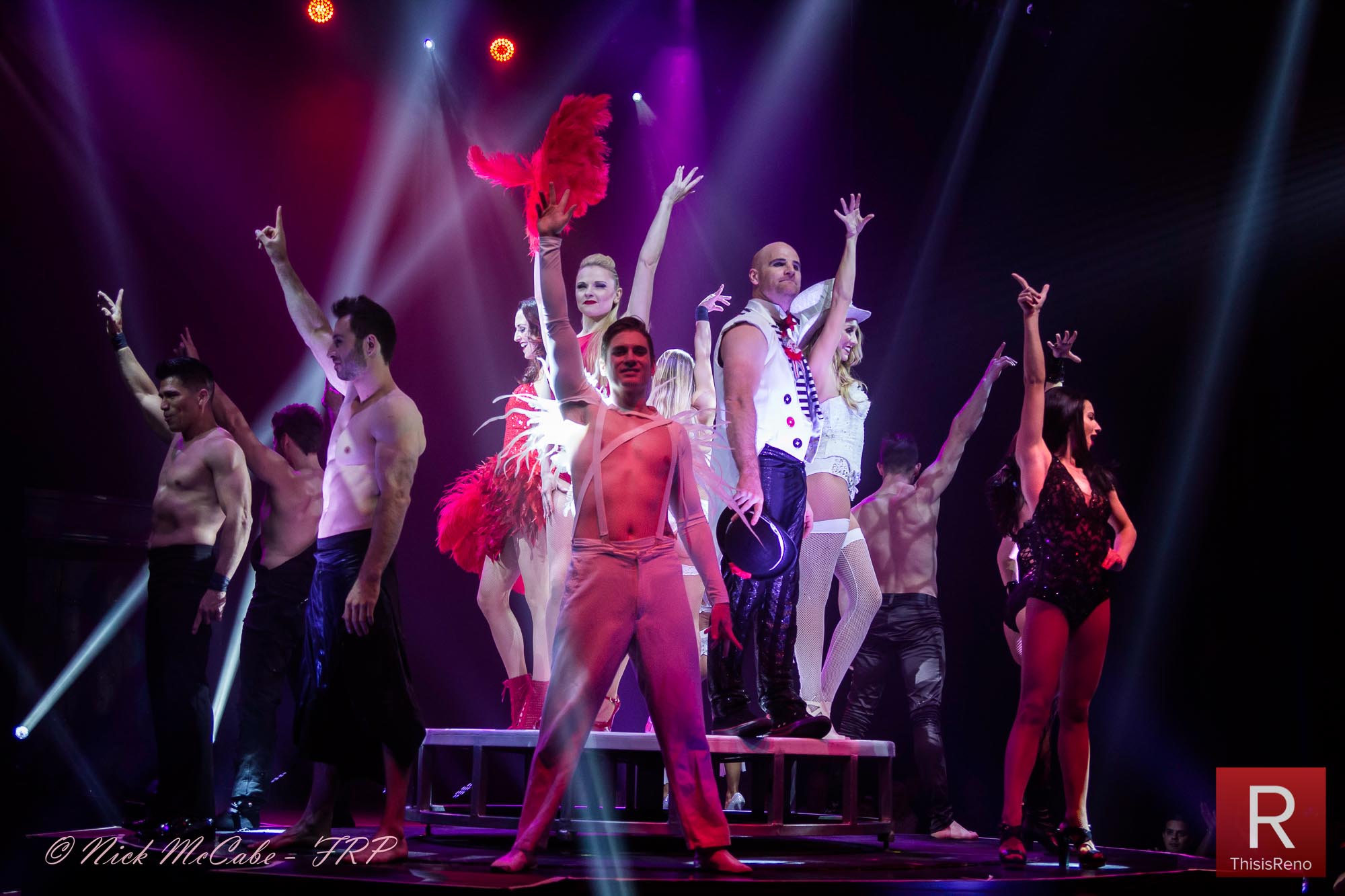 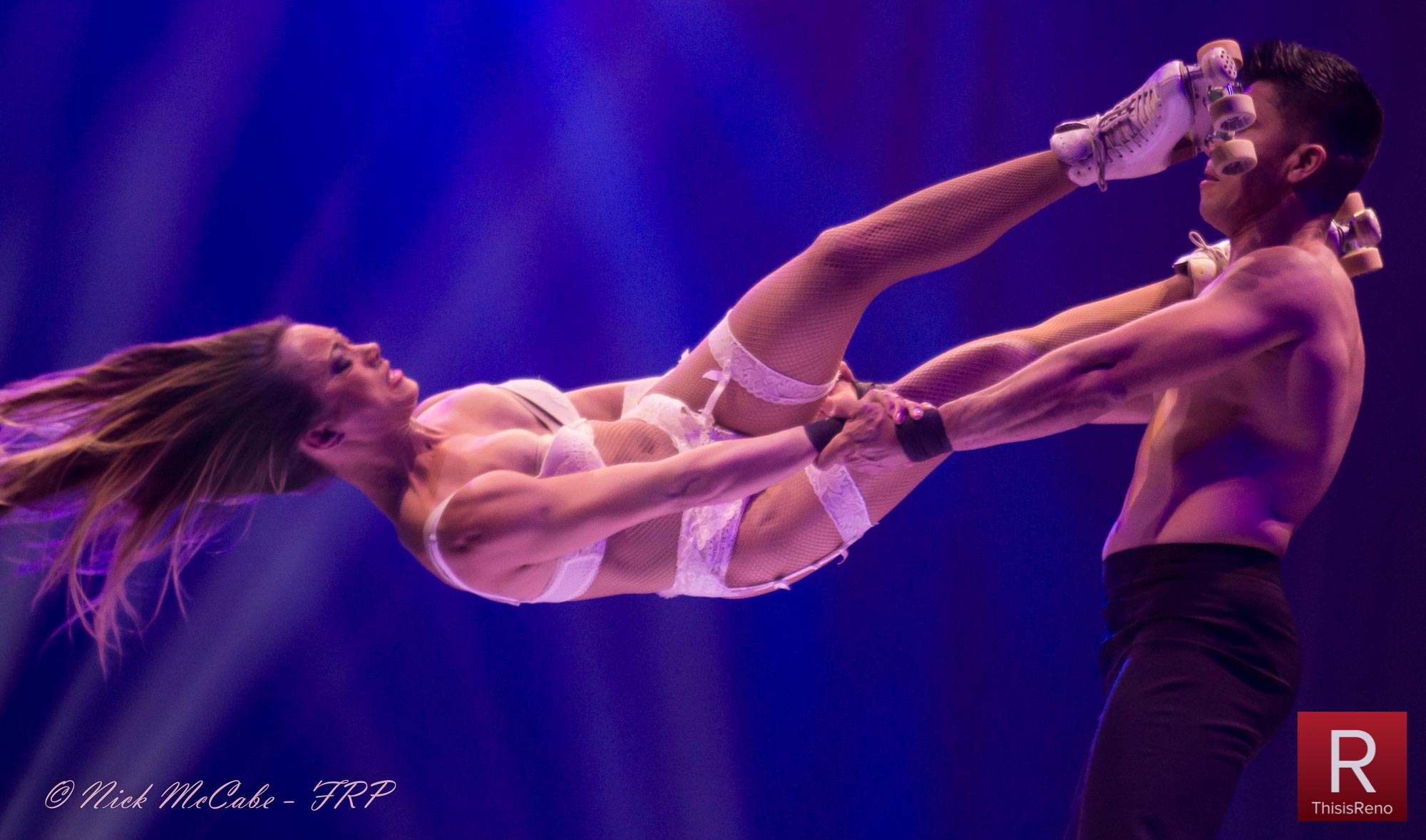 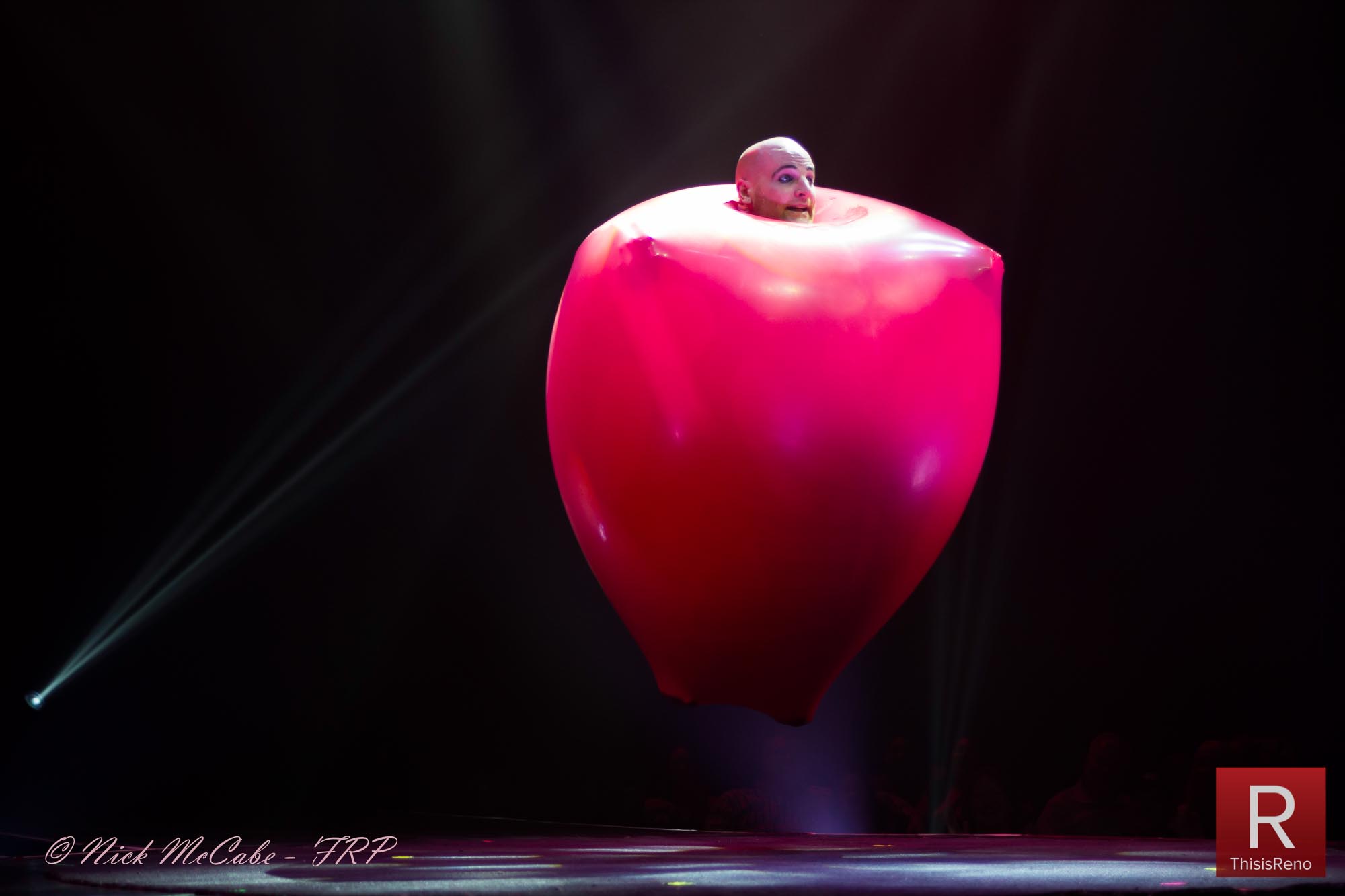 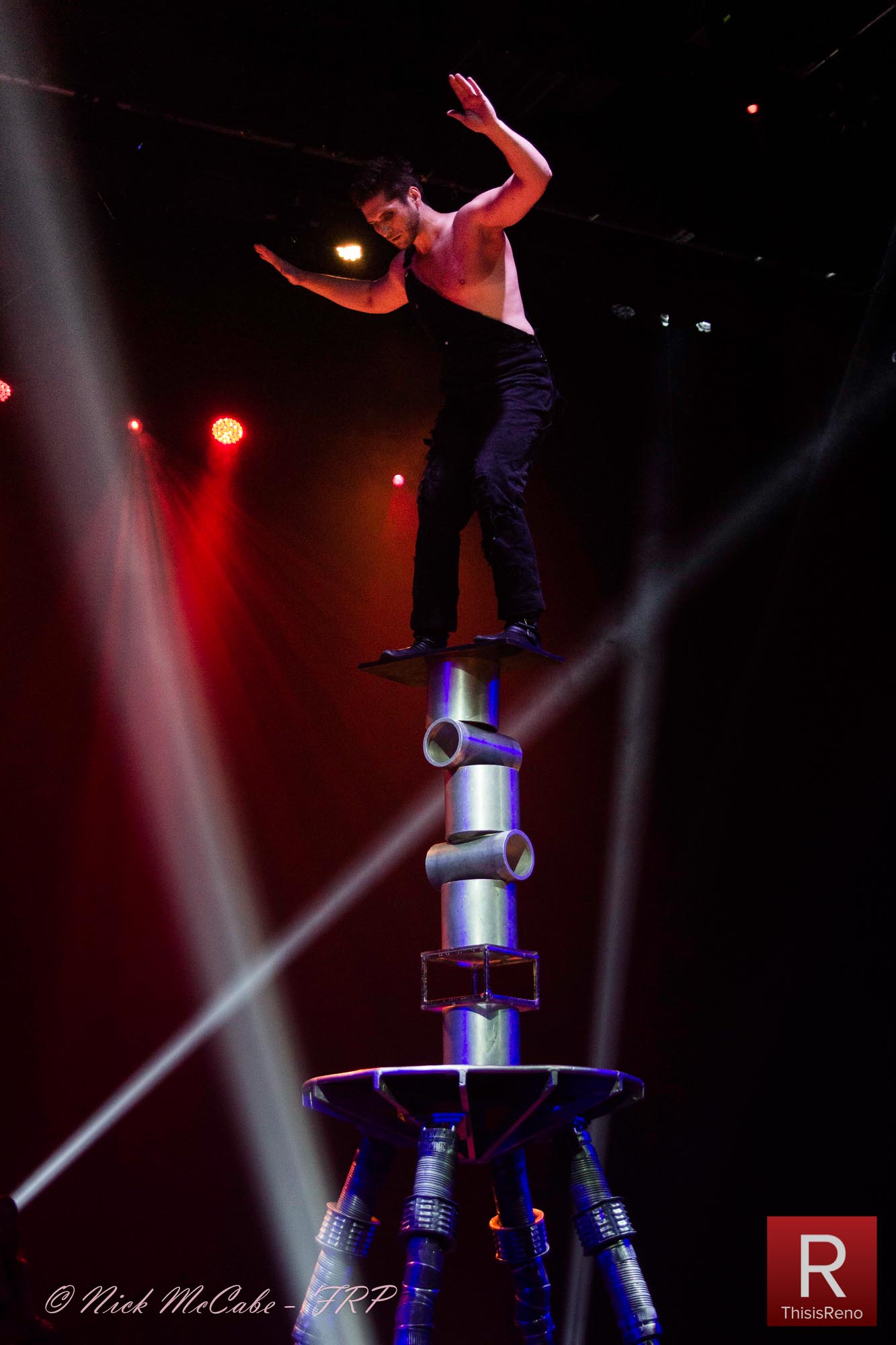 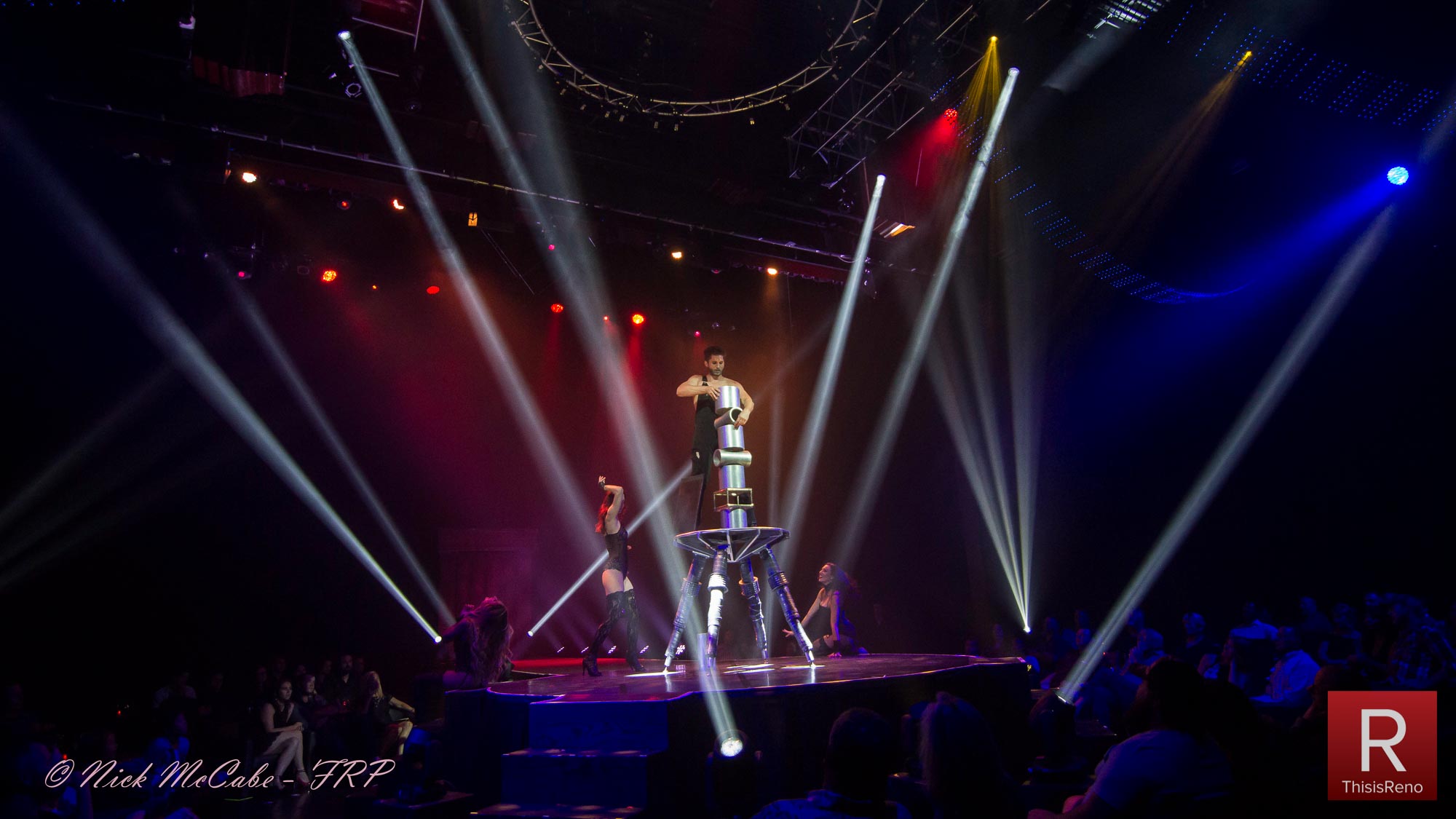 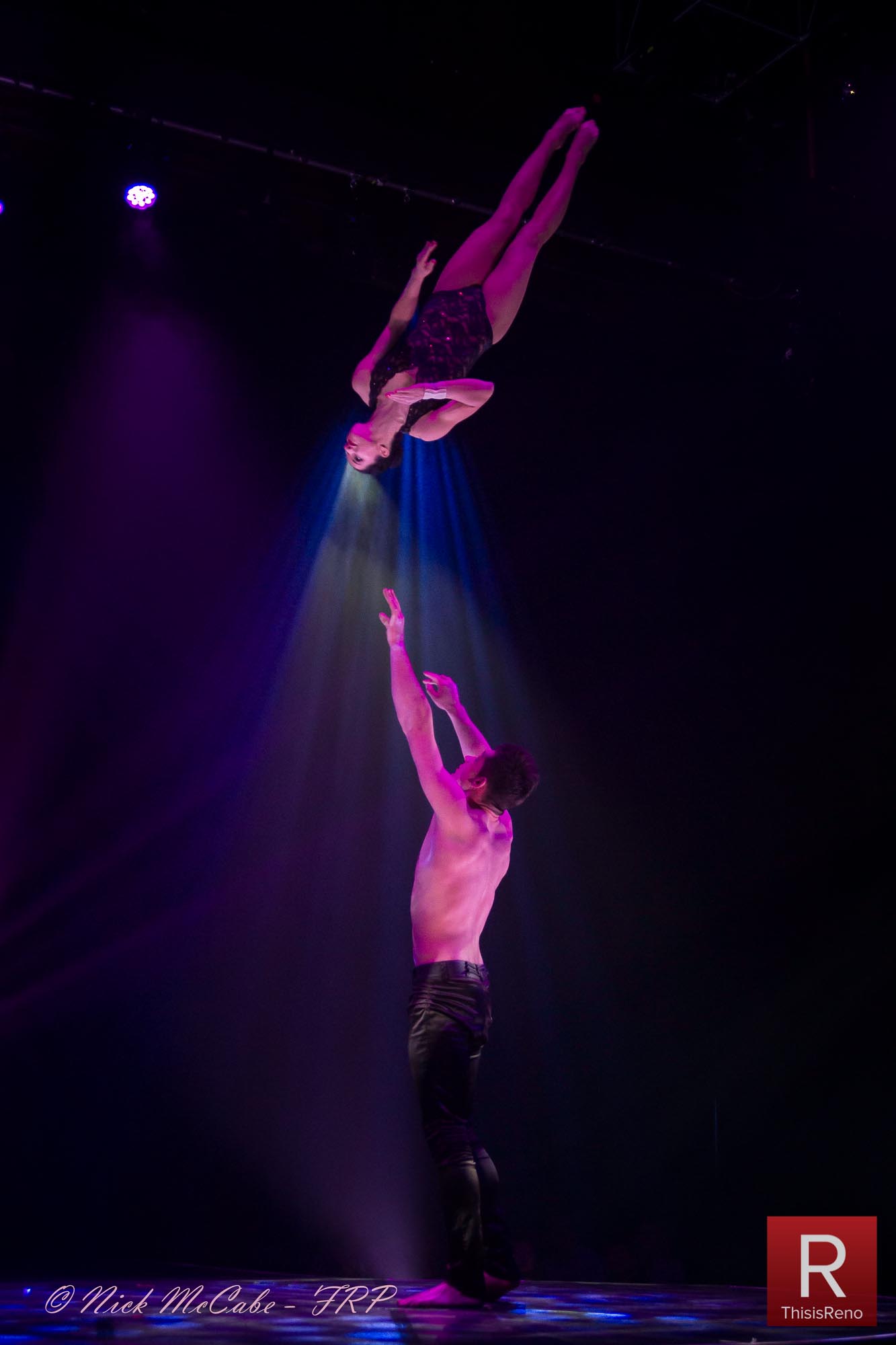 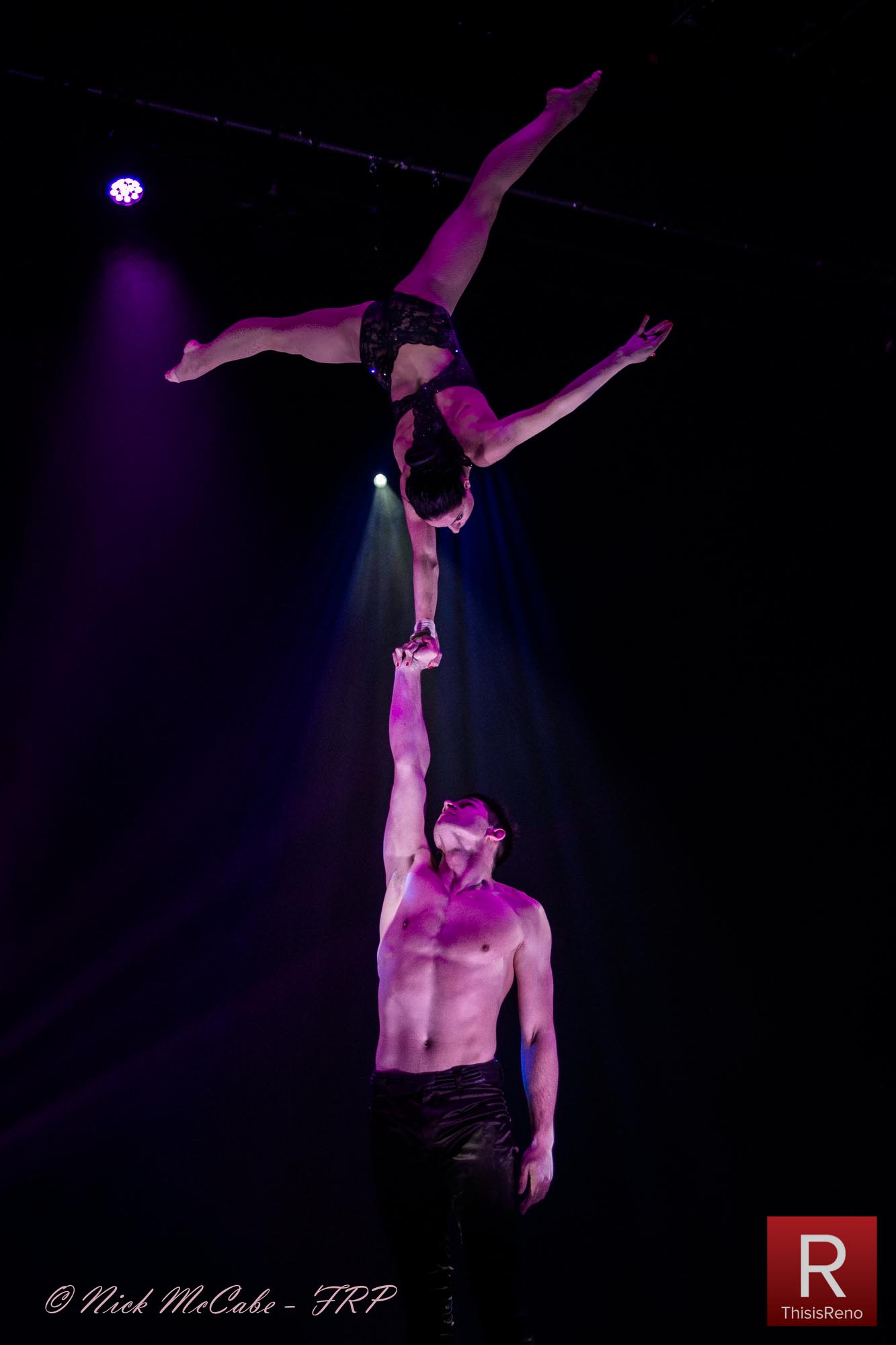 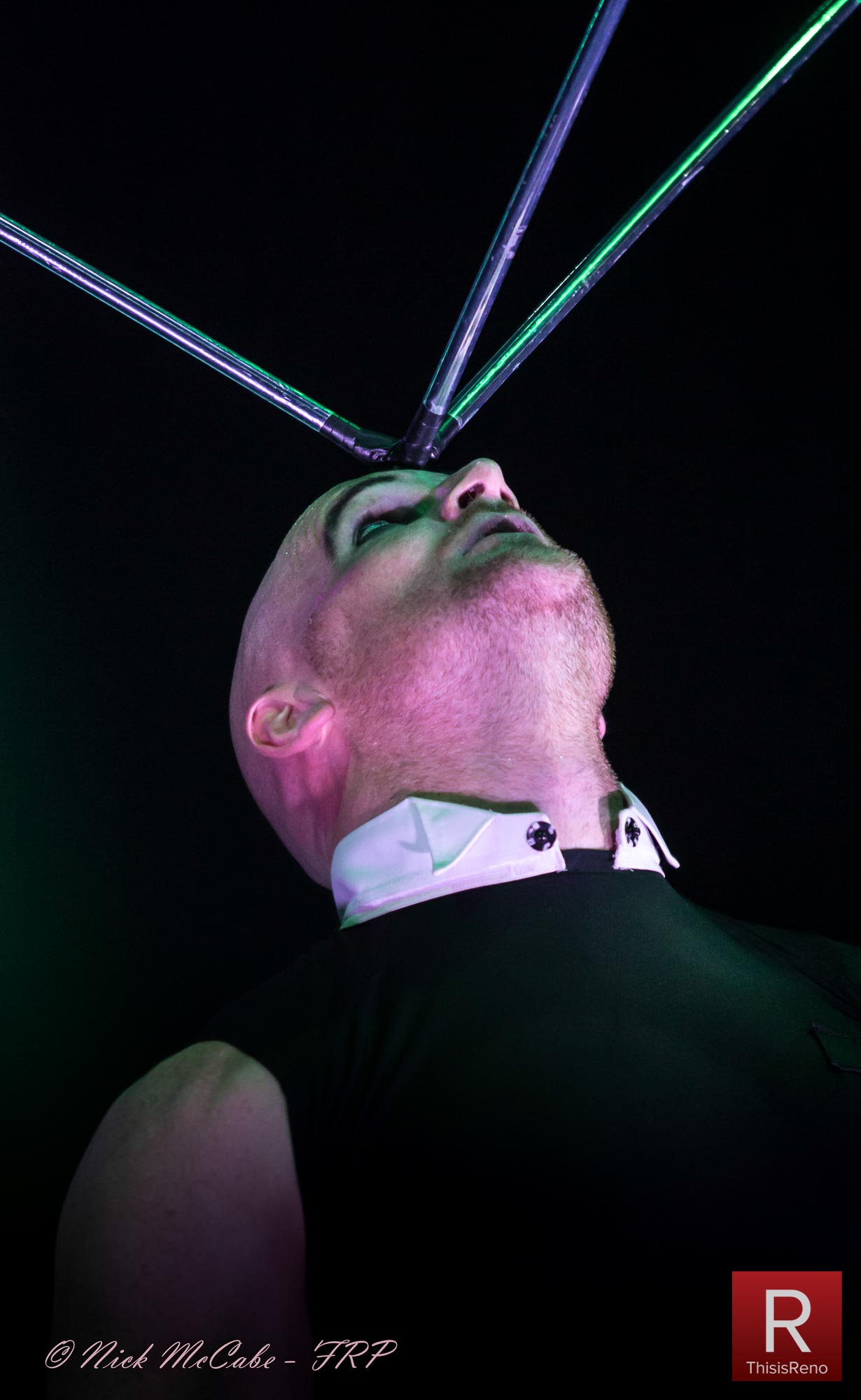 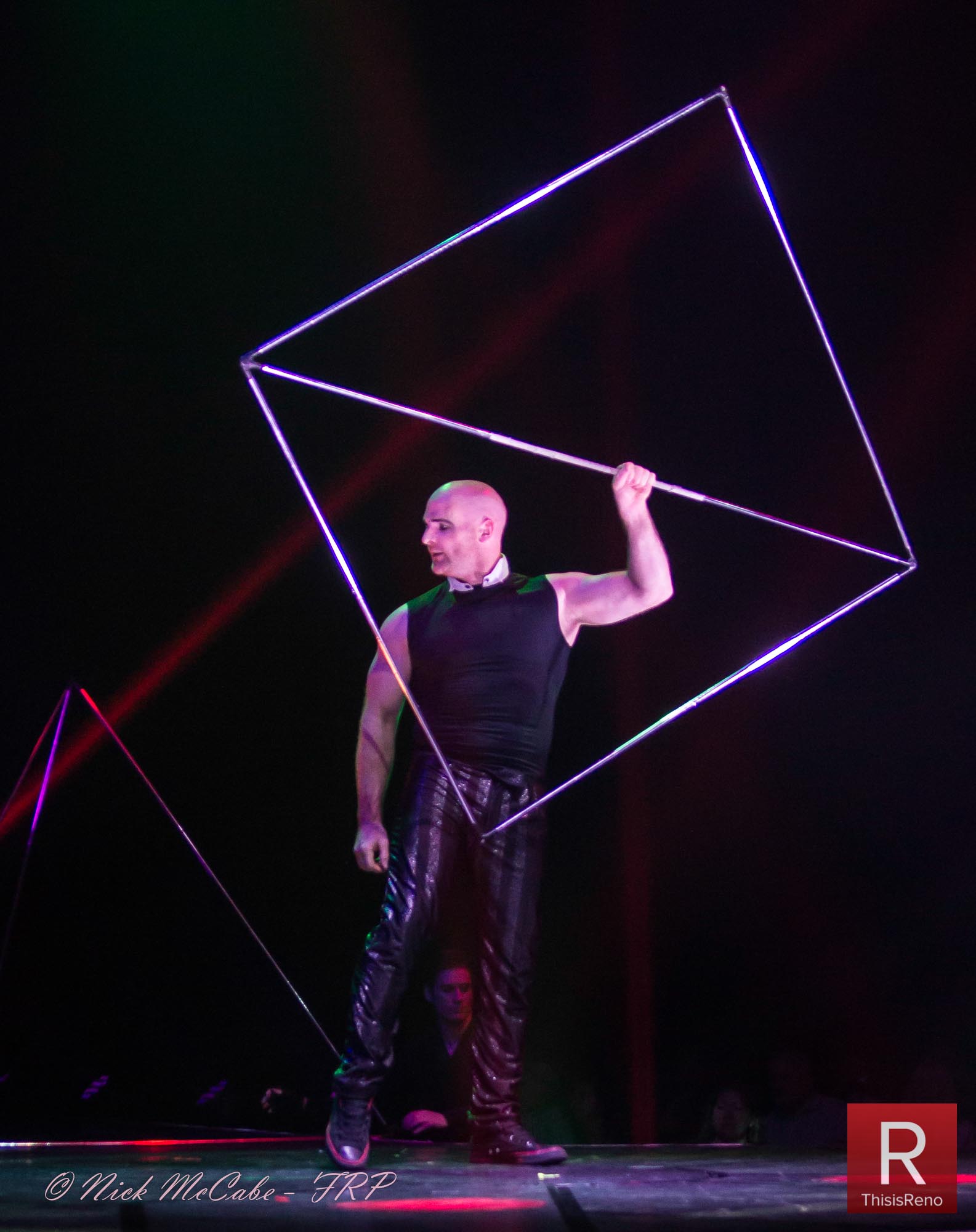 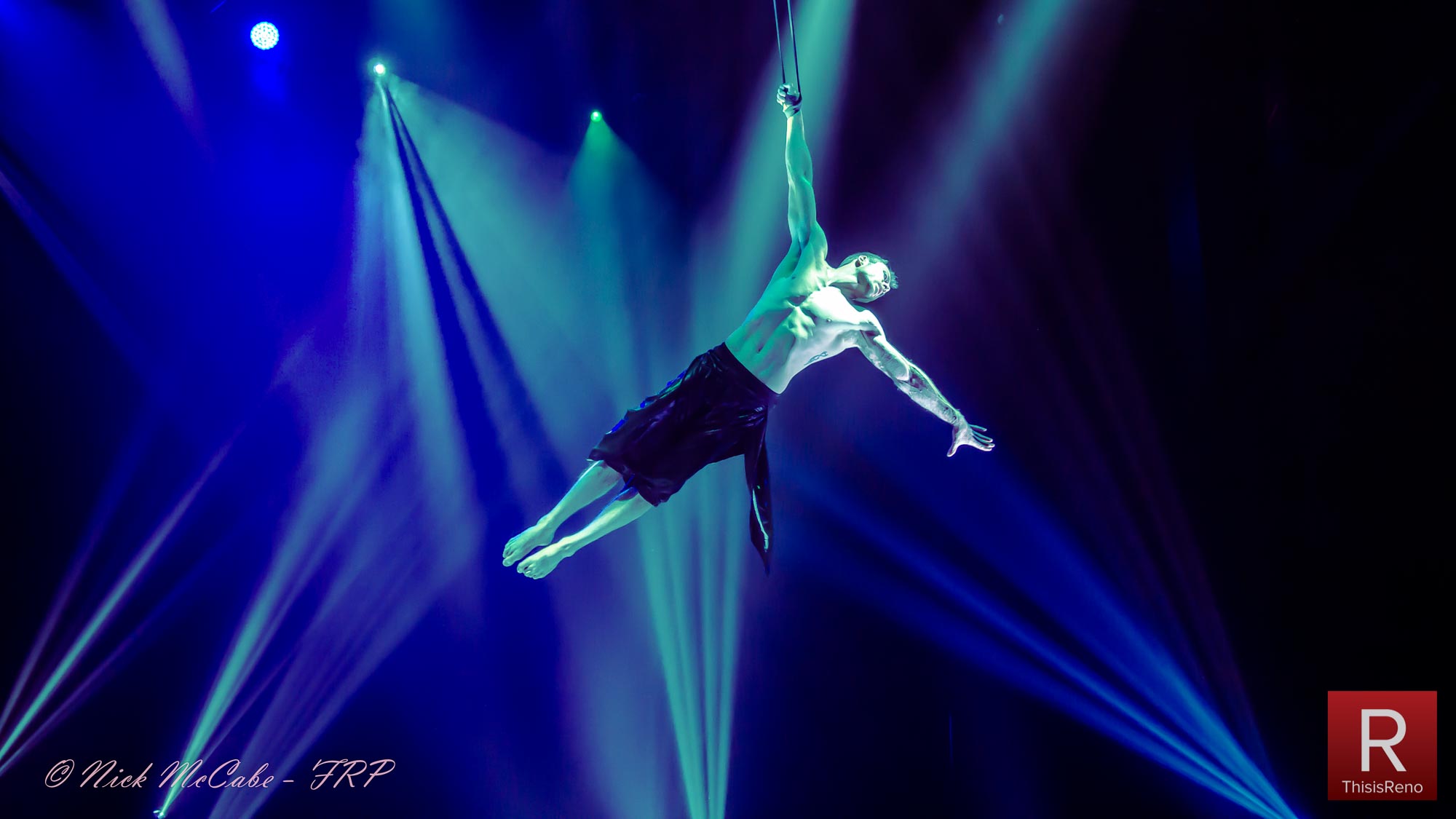 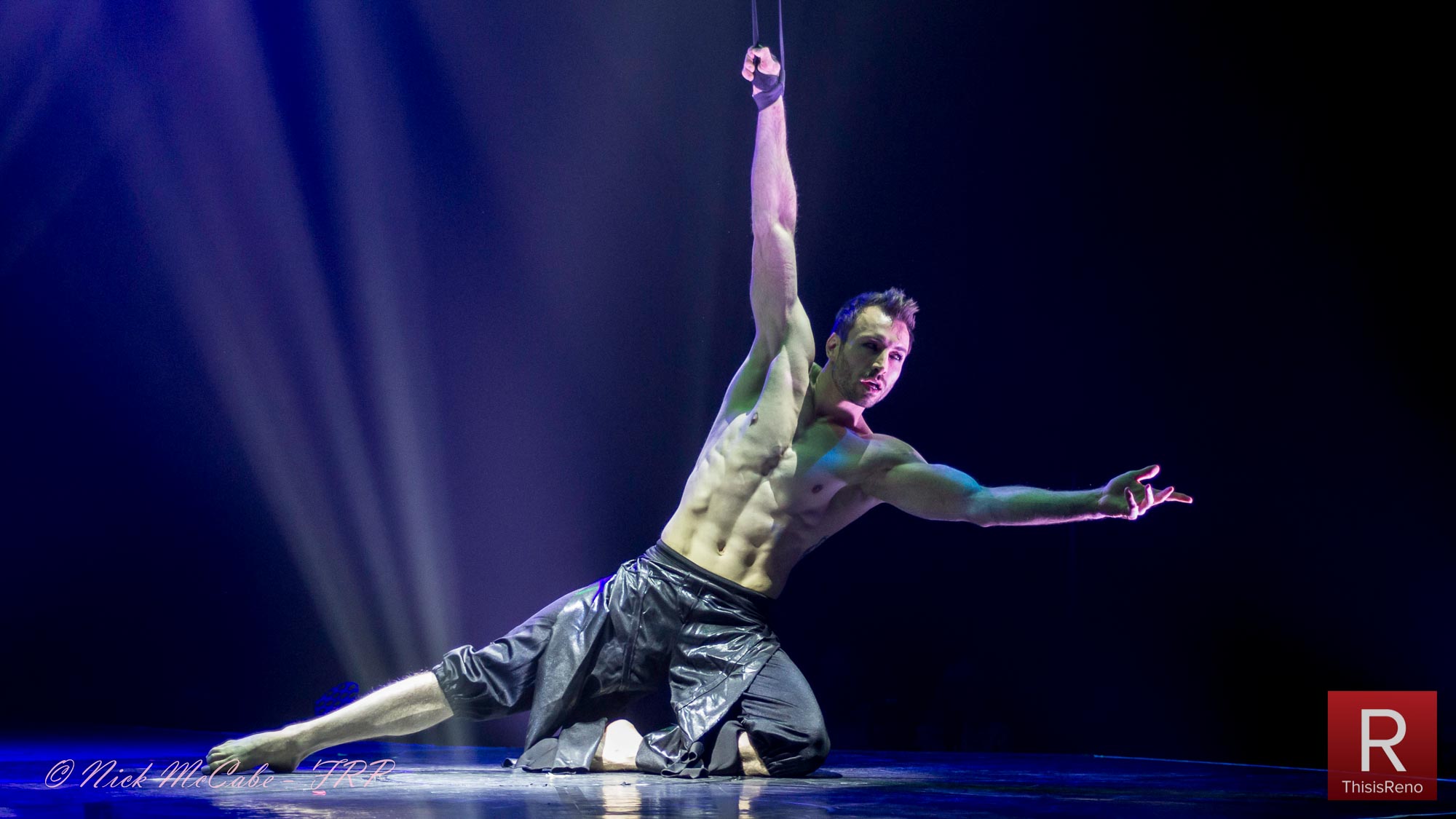 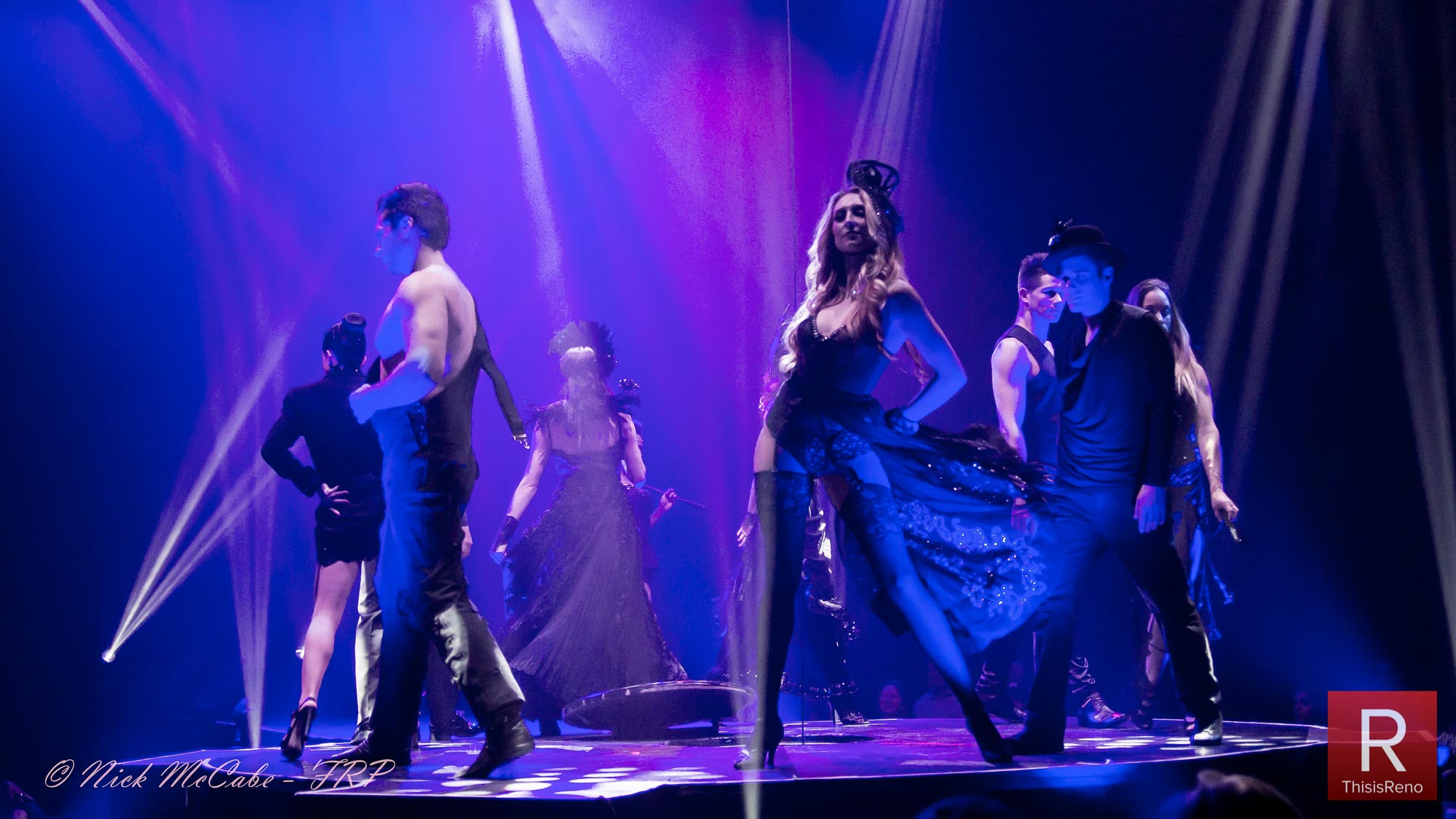 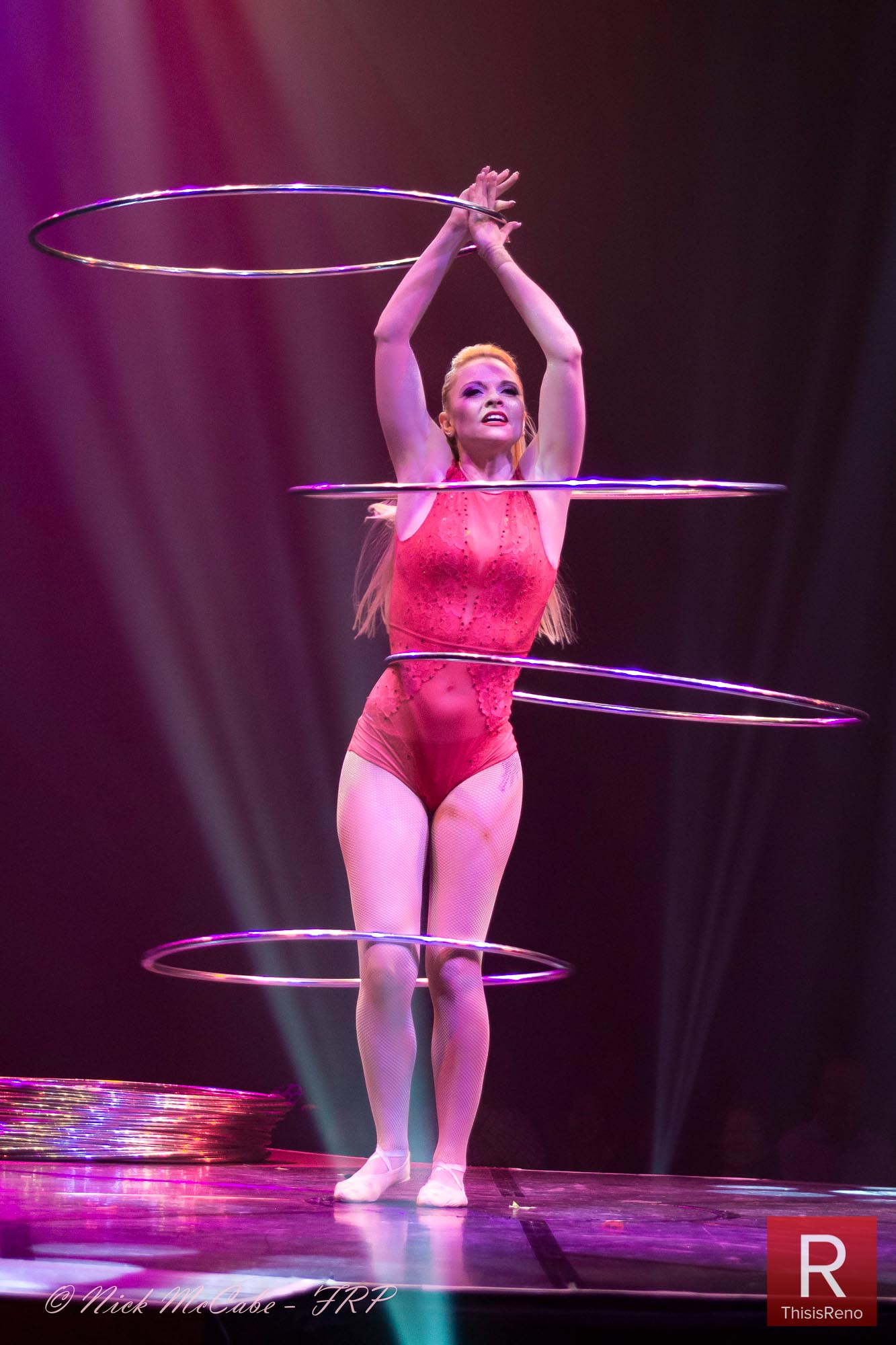 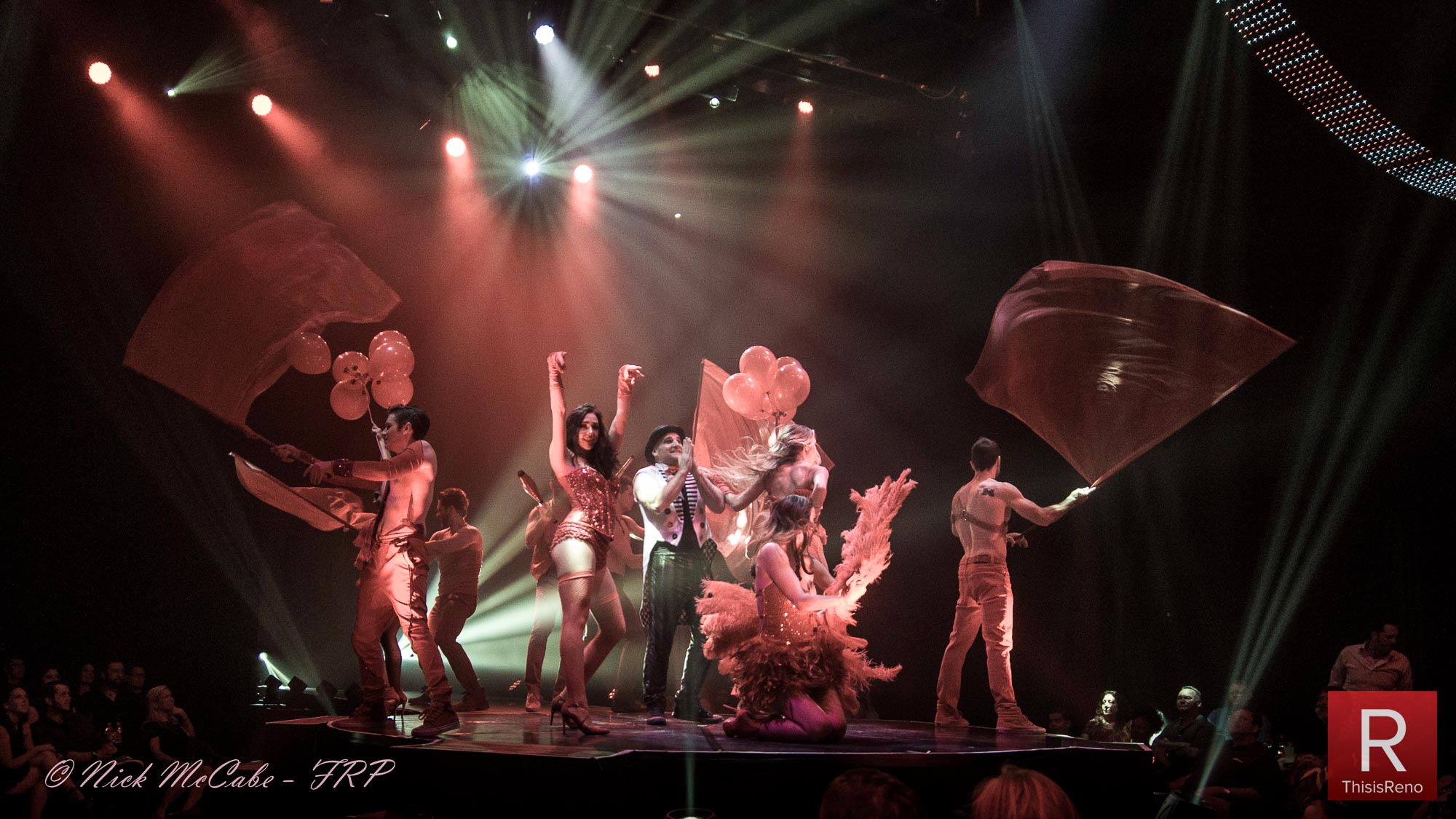 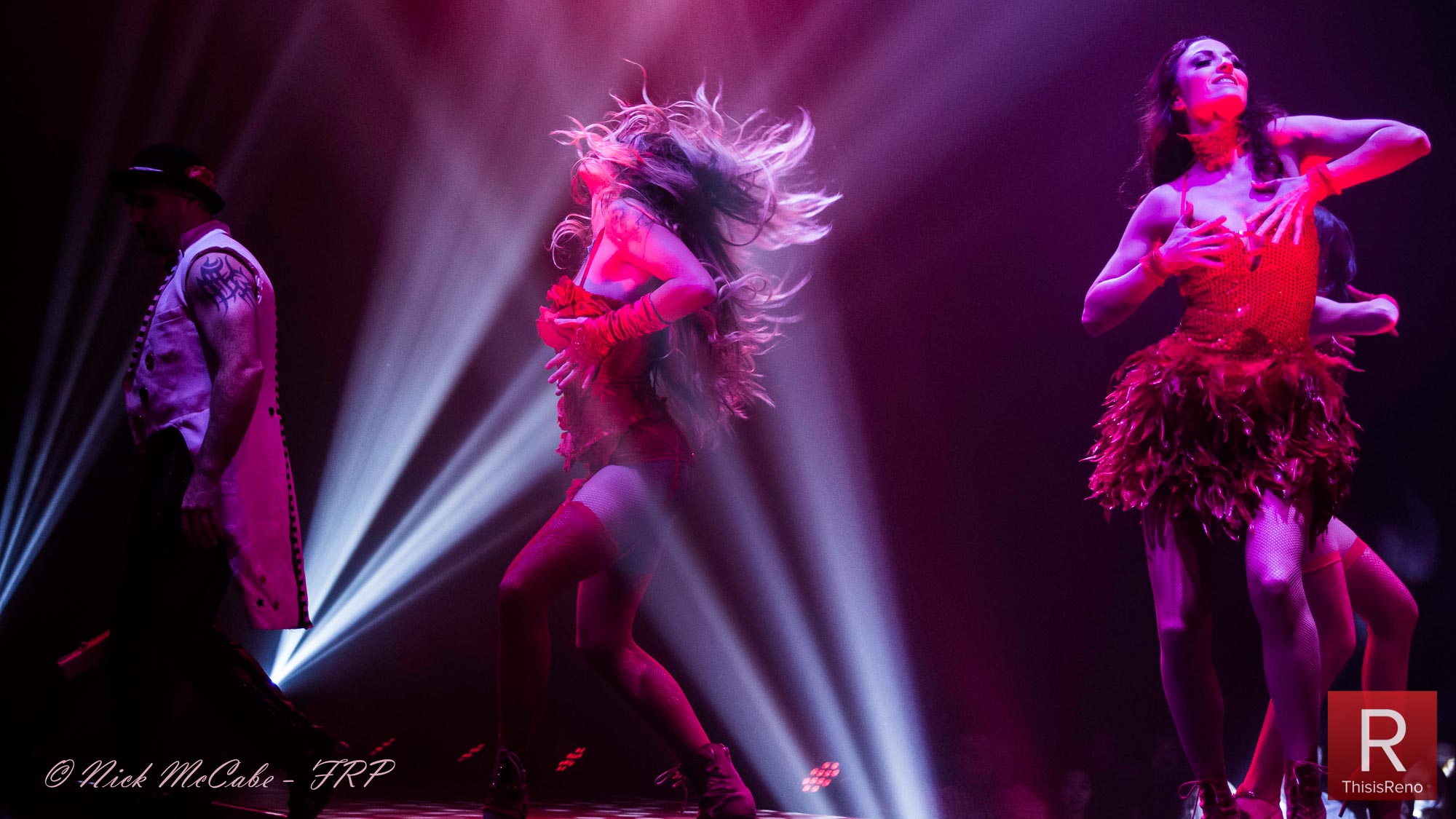 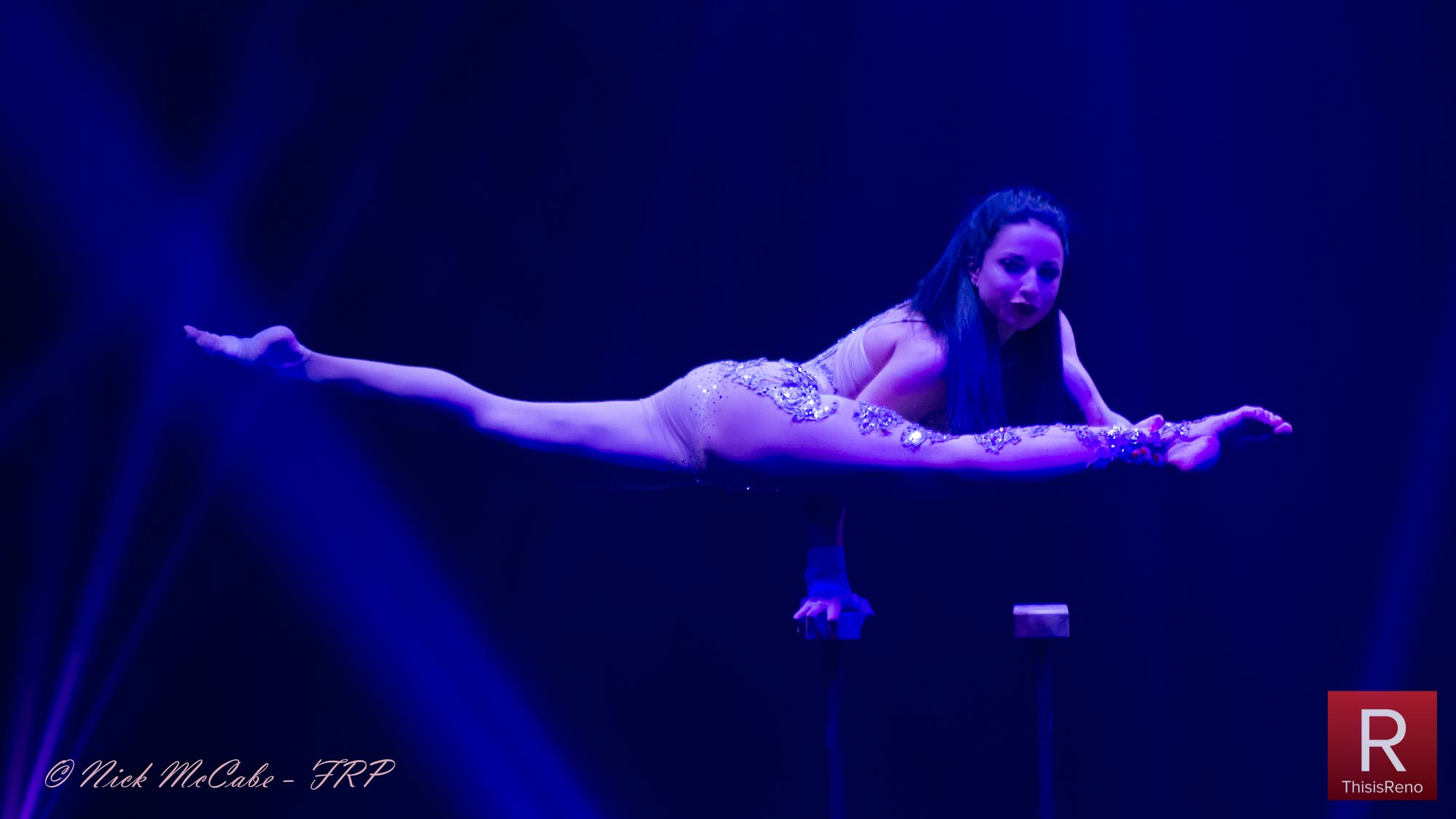 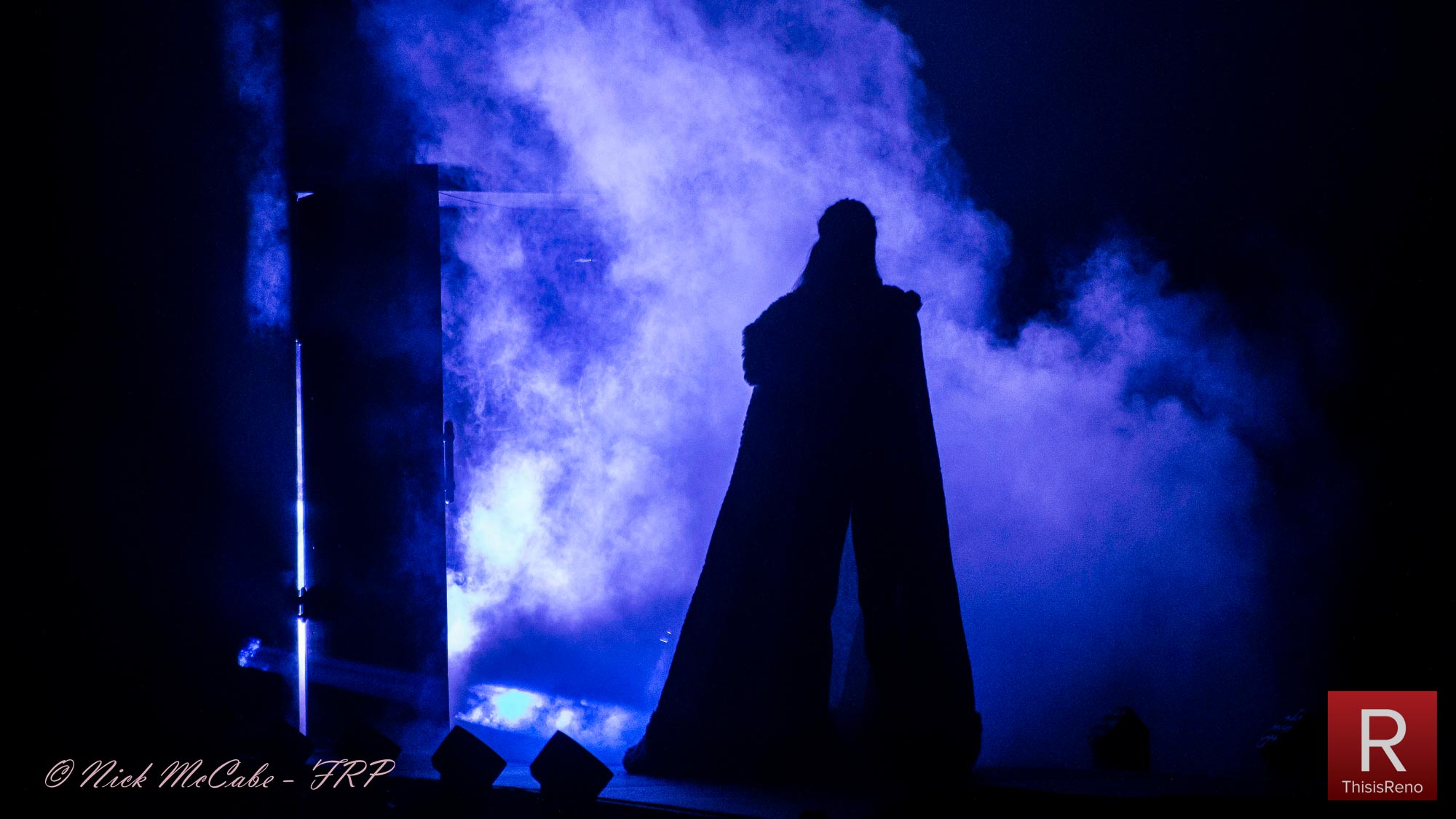 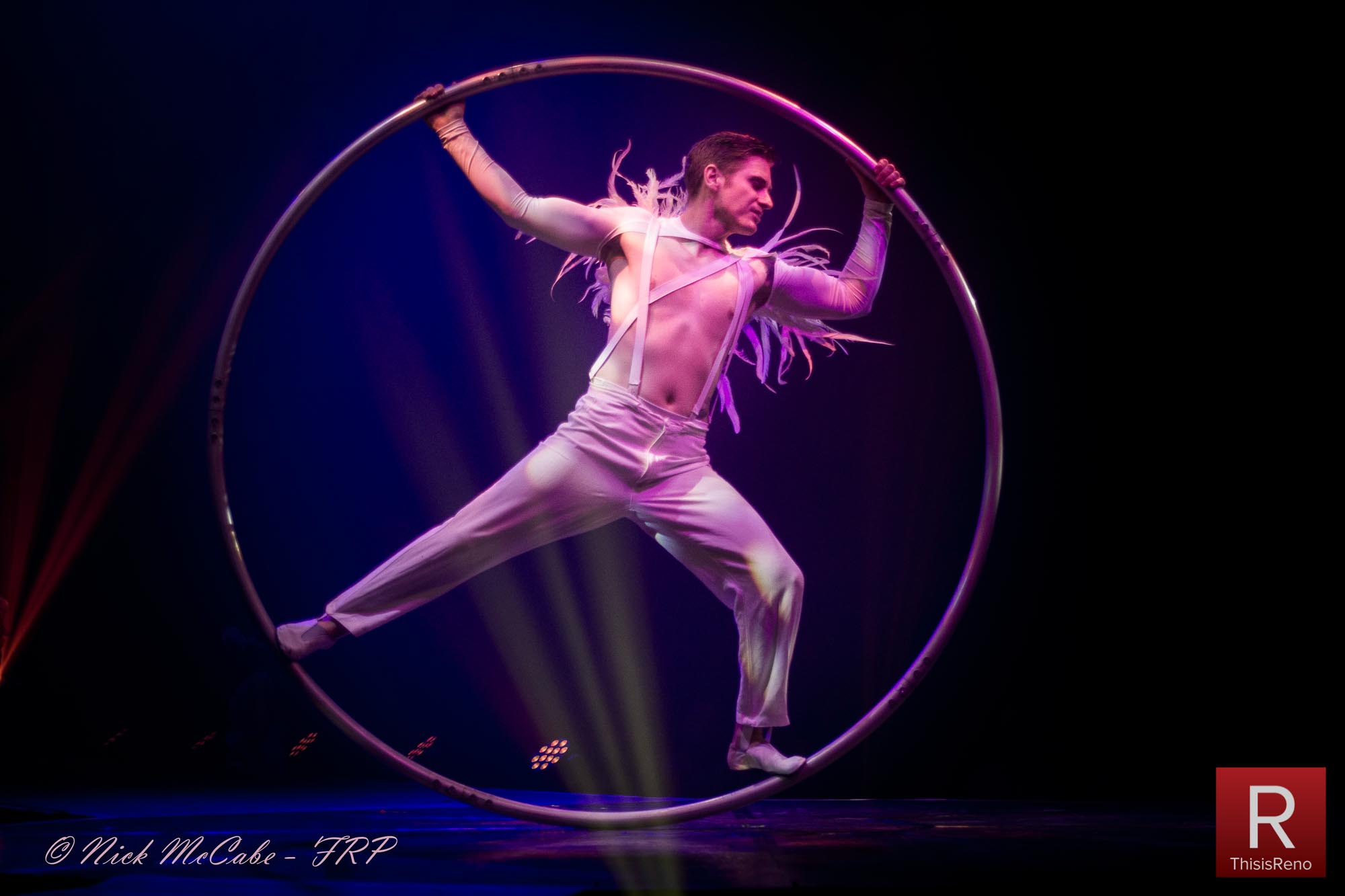 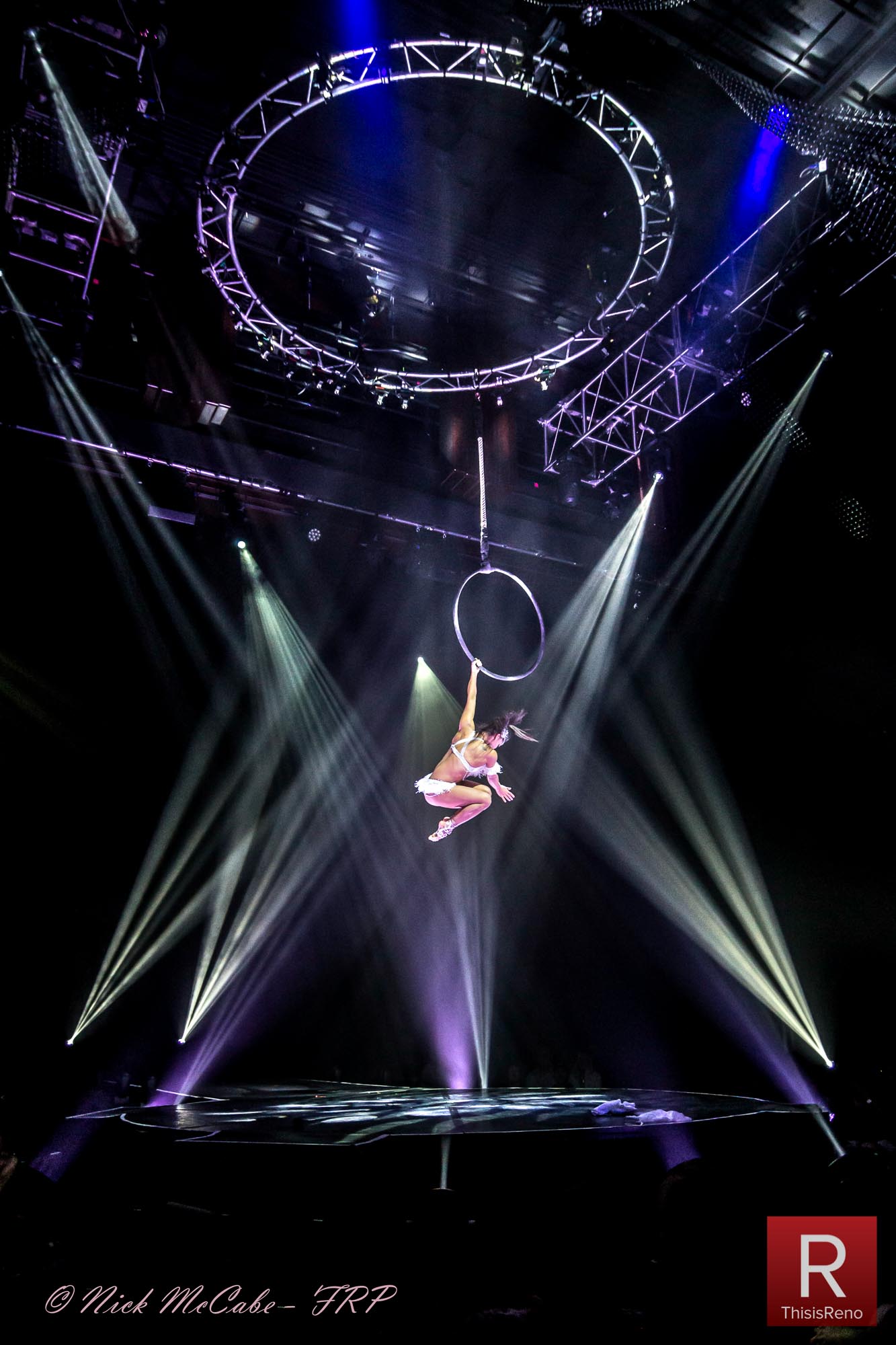 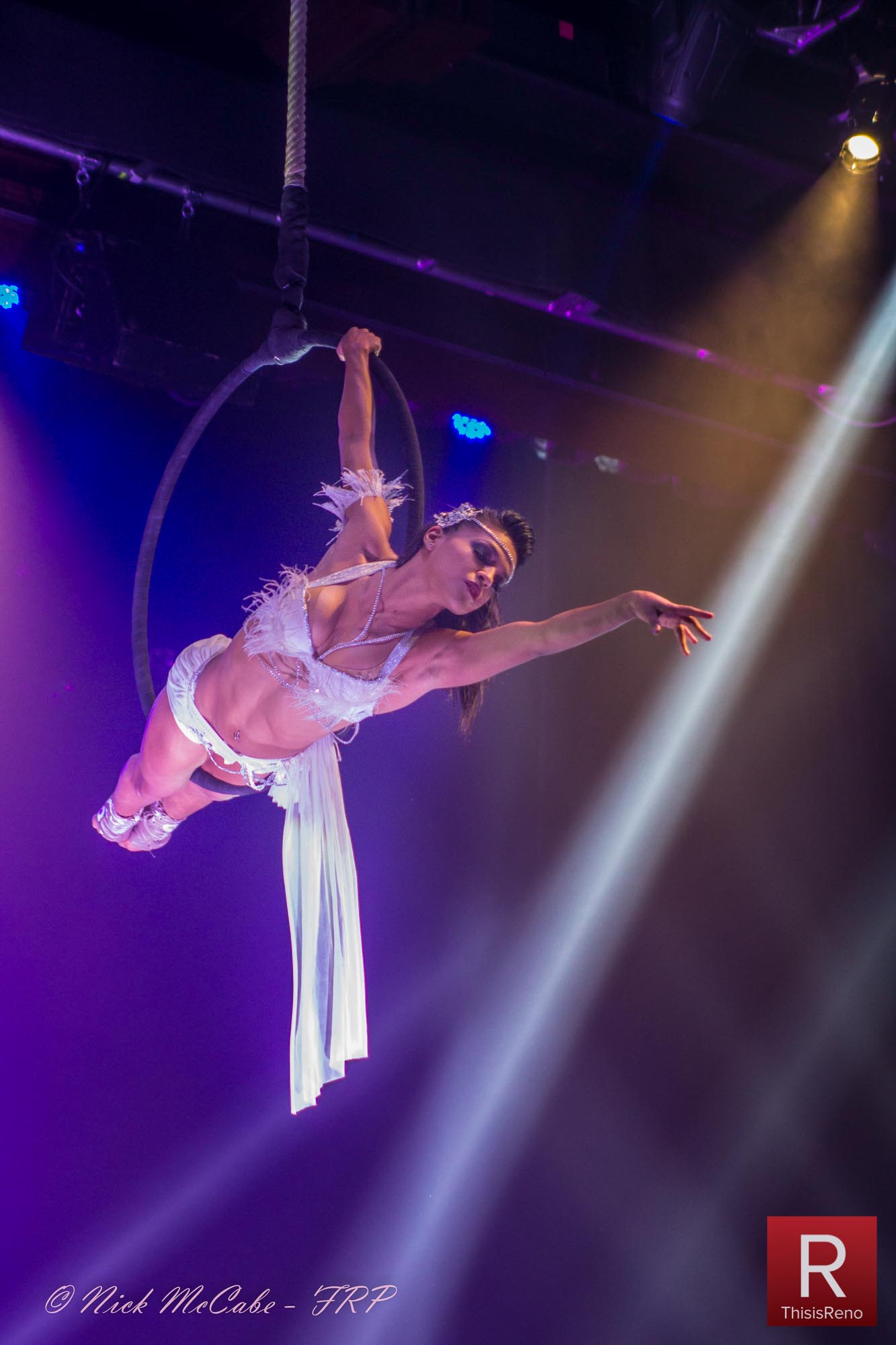 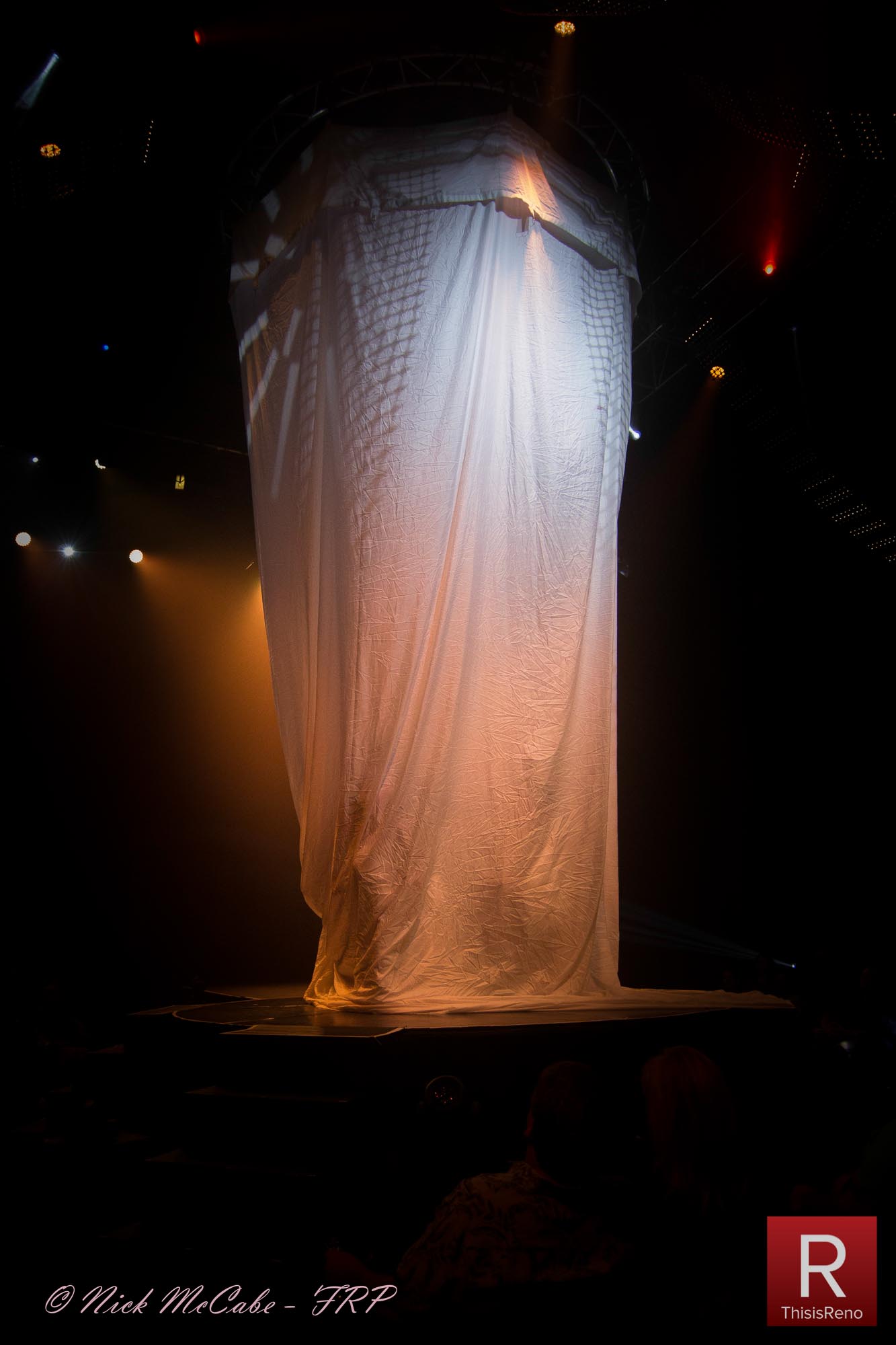 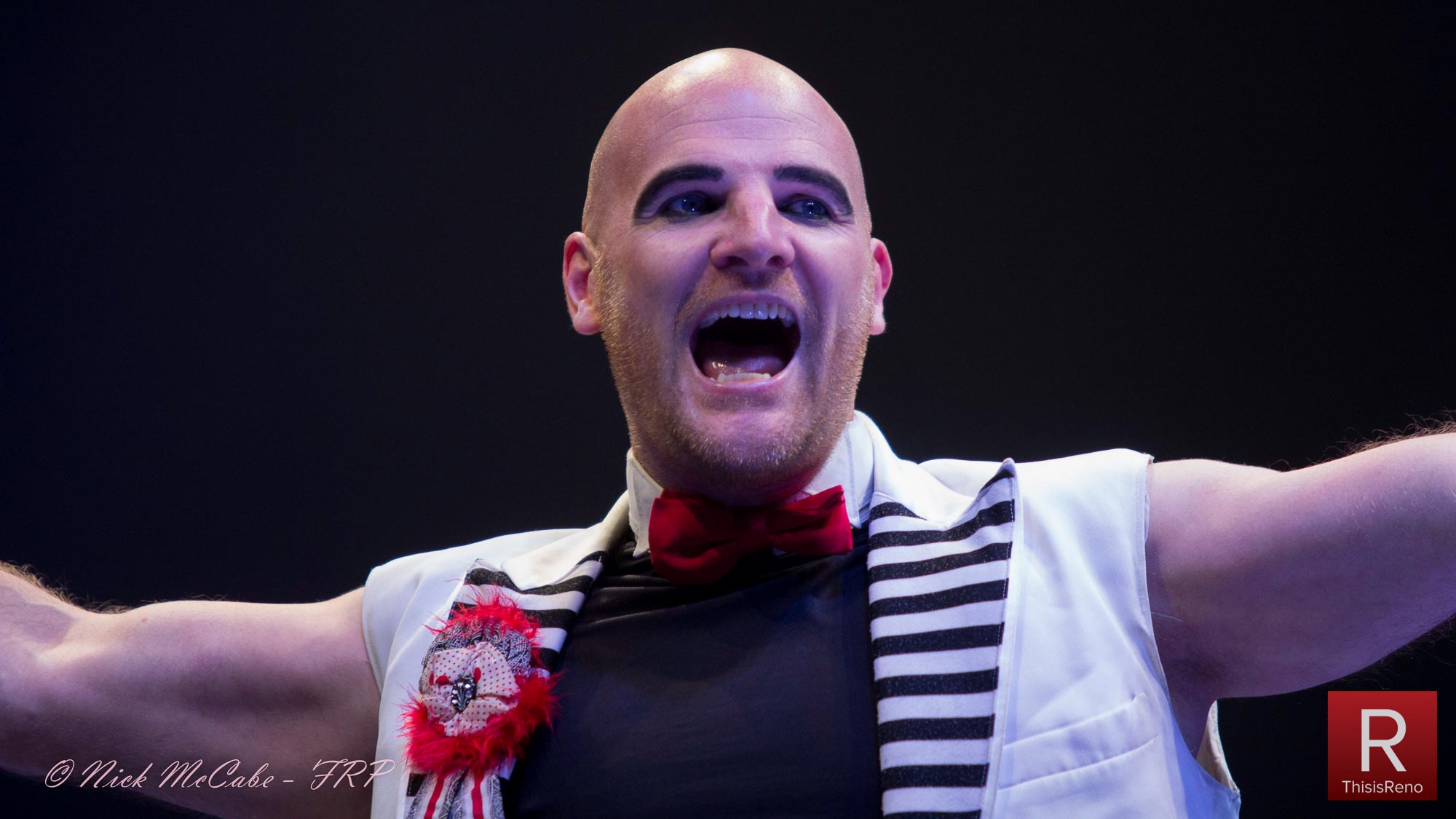 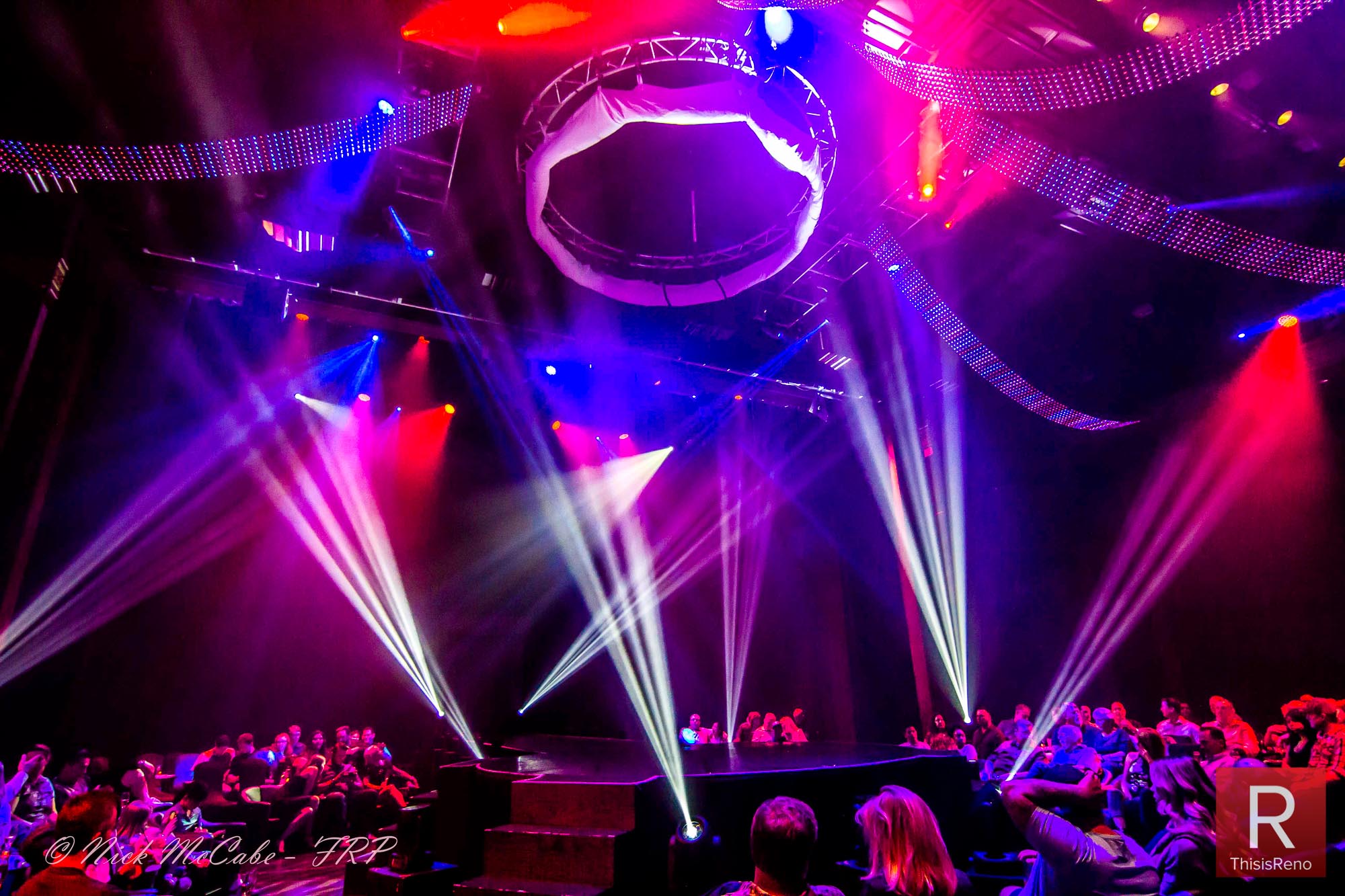