By Carla O'Day June 27, 2017
Gerlach, a travel stop on the southwest edge of the Black Rock Desert. Photo: Sydney Martinez 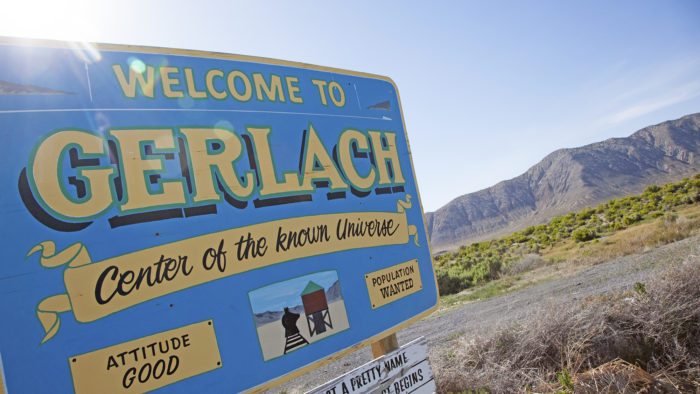 Gerlach, a travel stop on the southwest edge of the Black Rock Desert. Photo: Sydney Martinez

Gerlach, the gateway town into the Burning Man counterculture arts festival almost two hours north of Reno, will see its school getting a calendar adjustment to coincide with the annual event in the Black Rock Desert.

School officials made the request Tuesday to the Washoe County School District based what they said brings an increase of strangers into the area, excessive traffic, and long lines for fuel.

Although most event-goers behave themselves, Gerlach principal Katherine Hadley said here have been incidences of broken down vehicles that end up in the school parking lot, litter on campus, and people attempting to camp out on the school’s ball field.

School district trustees granted the calendar change that would have the school off between Aug. 28 and Sept. 1. The week would be made up by shortening winter vacation from three weeks to two weeks, meaning school would be back in session Jan. 8, 2018 following the holiday break instead of Jan. 15. Notices will be sent to families this week, Hadley said.

Gerlach would also have off school the week before Labor Day during the 2018-19 school year. 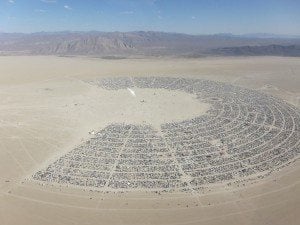 Gerlach’s population is about 200 but approximately 70,000 people pass through the town to attend Burning Man, making it difficult for children to get to school.

“It is a big deal,” Hadley said. “This would help with the impact.”

During the 2016-17 school year, Gerlach had 21 students enrolled in kindergarten through 12th grade on its campus, 555 E. Sunset Blvd. It has two teachers, one bus driver, along with part-time employees that include a teacher assistant, groundskeeper, and office manager.

A survey of families and staff generated a 100 percent response rate and showed all were in favor of closing school during Burning Man. The Washoe Education Association and Washoe Education Support Professionals also have advocated for the calendar change.

Burning Man’s website advises people traveling to the venue to conduct themselves appropriately and not to loiter in Empire or Gerlach while waiting for the event gates to open, and to avoid traveling there without a ticket.

“Unless you are a customer at any business in Gerlach or Empire, keep moving through town,” Burning Man’s preparation guide states. 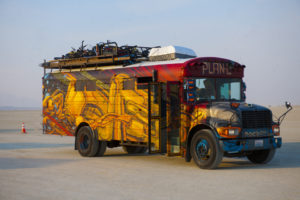 Burning Man’s survival guide encourages people to fill their gas tanks in the Reno area instead of waiting until they reach Gerlach, and to pack their vehicles safely so they’re less likely to break down.

“Check your vehicle’s tires and air pressure after loading your vehicle,” the survival guide states. “Before leaving home, follow the tips below to ensure your vehicle is ready for the trip. Have your local mechanic inspect your radiator, tires (including your spare), belts, brakes, hoses, lights and fluids.”

Information is also provided to Burning Man participants about dump station locations, trash and recycling drop-off sites, and places where excess food and water can be donated.