Squabble Among Regents Arises in Wake of Failed Chancellor Search 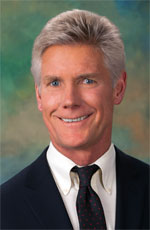 Rick Trachok, Nevada Board of Regents

Trachok reportedly said: “I was very pleased that when I approached (acting chancellor John White about being appointed chancellor) … after the committee meeting, he agreed to take the job.”

Stephens said that Trachok’s statement was a contradiction of formal action take by the board. She added:

Stephens threatened to have the Attorney General intervene if the board did not remedy the situation.

White withdrew last week as the remaining consideration for the chancellor position. The other five candidates had withdrawn from the search process allegedly because of concerns about Nevada’s open meeting laws.

“Despite the failure of the search, it appears that board members are in disagreement about how to proceed; I do not wish to be caught in the middle of such a dispute,” White wrote in a letter to the regents.