By Carla O'Day Published: May 24, 2017Last Updated on May 23, 2017
Across Nevada, about 295,000 meals are served daily in the National School Lunch and School Breakfast Programs, feeding meals to hungry children so they are better able to learn. 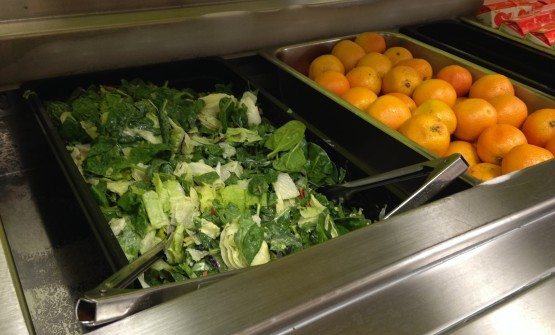 Across Nevada, about 295,000 meals are served daily in the National School Lunch and School Breakfast Programs, feeding meals to hungry children so they are better able to learn.

Students in Washoe County with past-due meal accounts can continue to eat lunches off the regular menu, school district trustees decided Tuesday when adjusting a policy on alternative meals.

School district staff initially suggested serving elementary students a cheese sandwich, milk, and vegetable or fruit if they had overdue accounts. However, backlash from the community prompted reconsideration.

Donations of more than $8,000 have come in from the community to cover more than $66,000 in unpaid meals. District chief operating officer Pete Etchart said a fund has been set up for this purpose.

“I know this community will get tons of money because I’m getting tons of calls,” trustee John Mayer said.

The issue became public recently as the district was required by the U. S. Department of Agriculture to develop a meal charge policy. While some school districts have implemented an alternative lunch policy to address overdue accounts, Washoe County school trustees approved a plan to give students the same lunch as their peers to protect them from embarrassment. 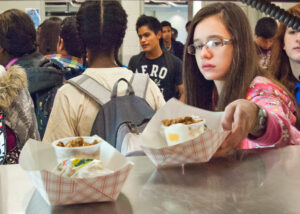 Schools with the largest overdue accounts are non-Title I, meaning very few children qualify for free or reduced-price meals. Lunch costs $2.60 per day and children have the option to pre-pay.

Etchart said invoices that include options for payment plans are sent to parents, as well as forms they can complete in case their children qualify for free or reduced-price meals. However, such contact is often ignored.

“It’s not in our best interest to be adversarial with parents,” Etchart said. “We don’t invade their privacy or badger them.”

Middle and high school students with overdue accounts can apply to work in the school cafeteria or kitchen in exchange for food credits. Parents of these students will be notified as well.