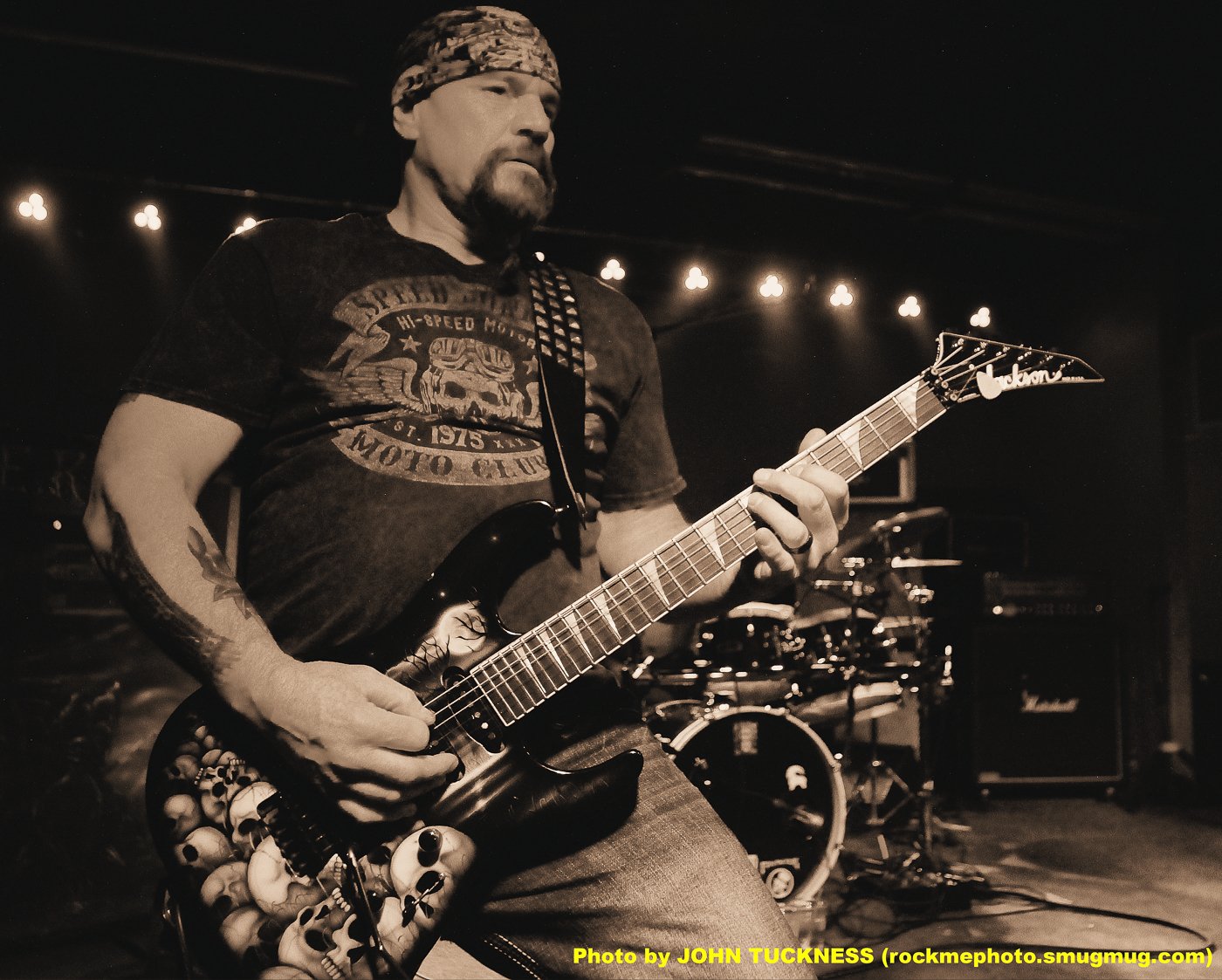 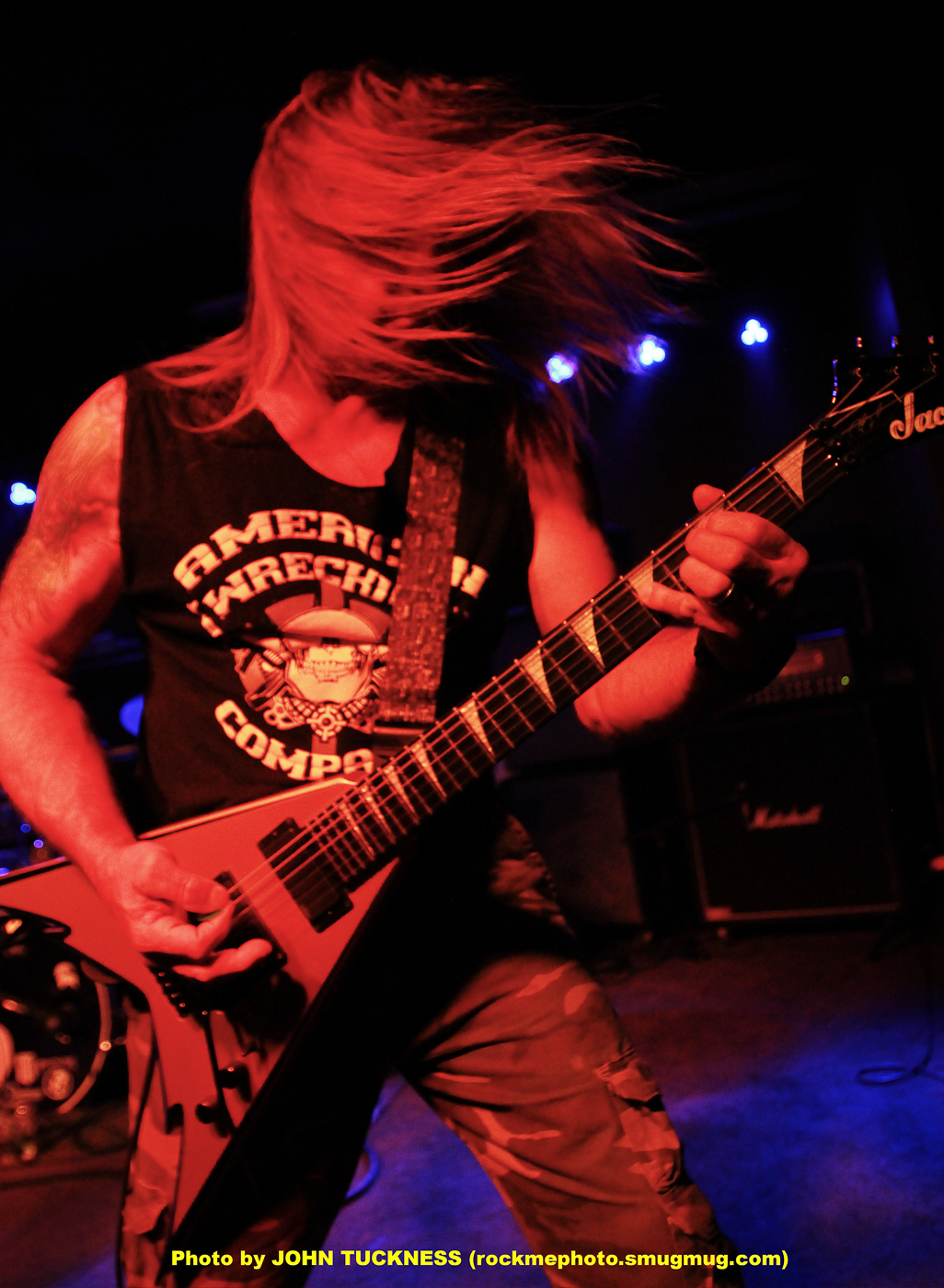 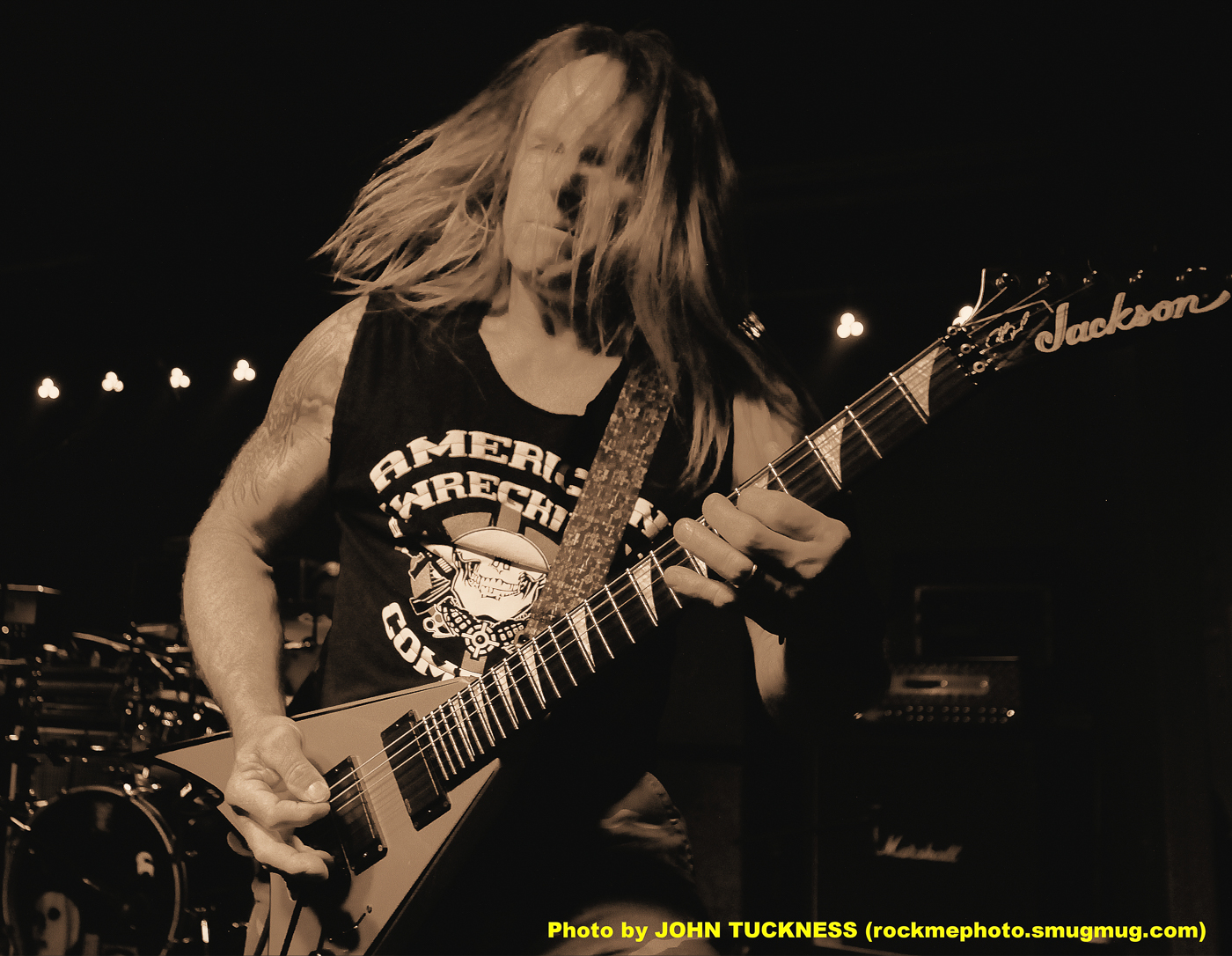 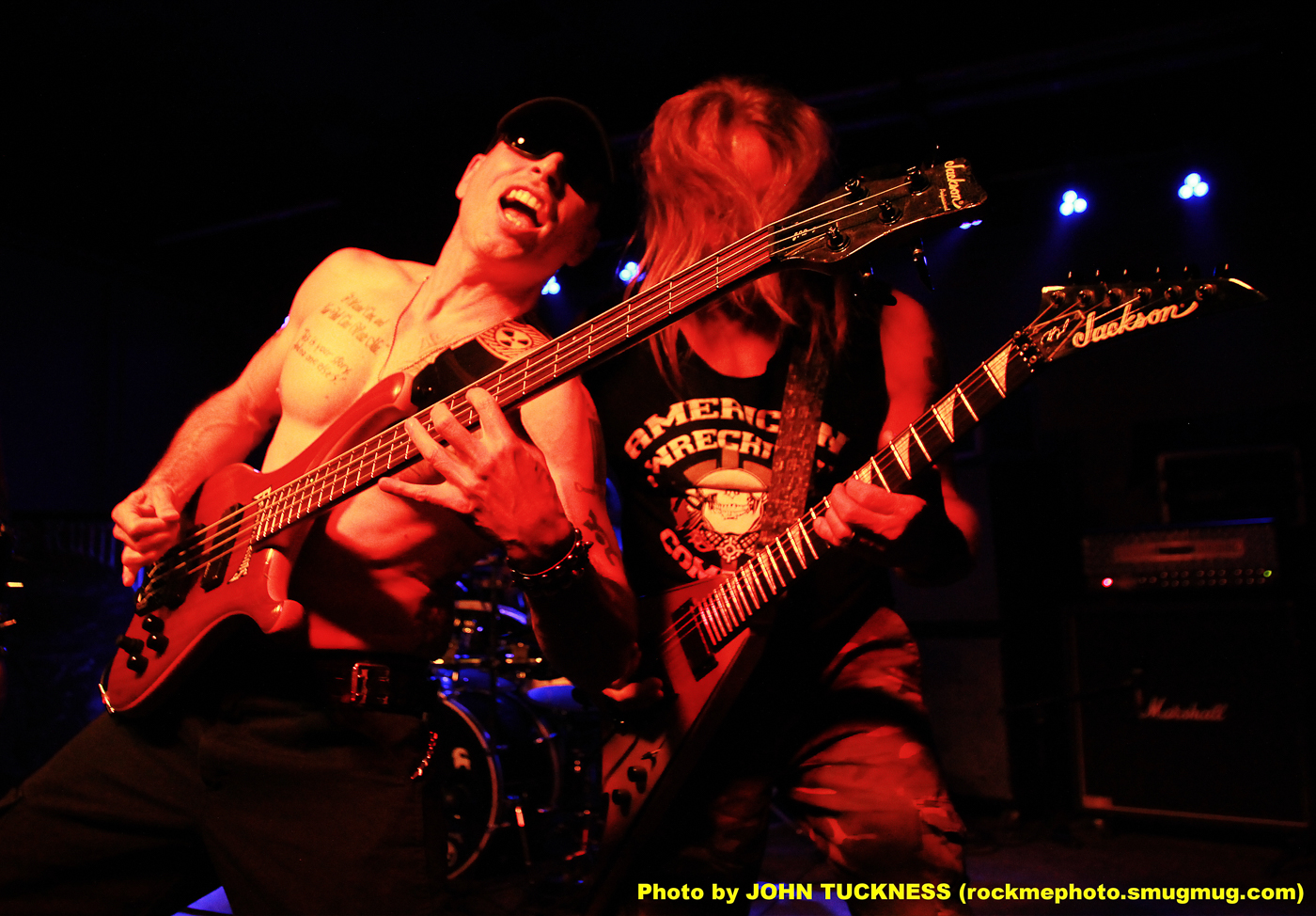 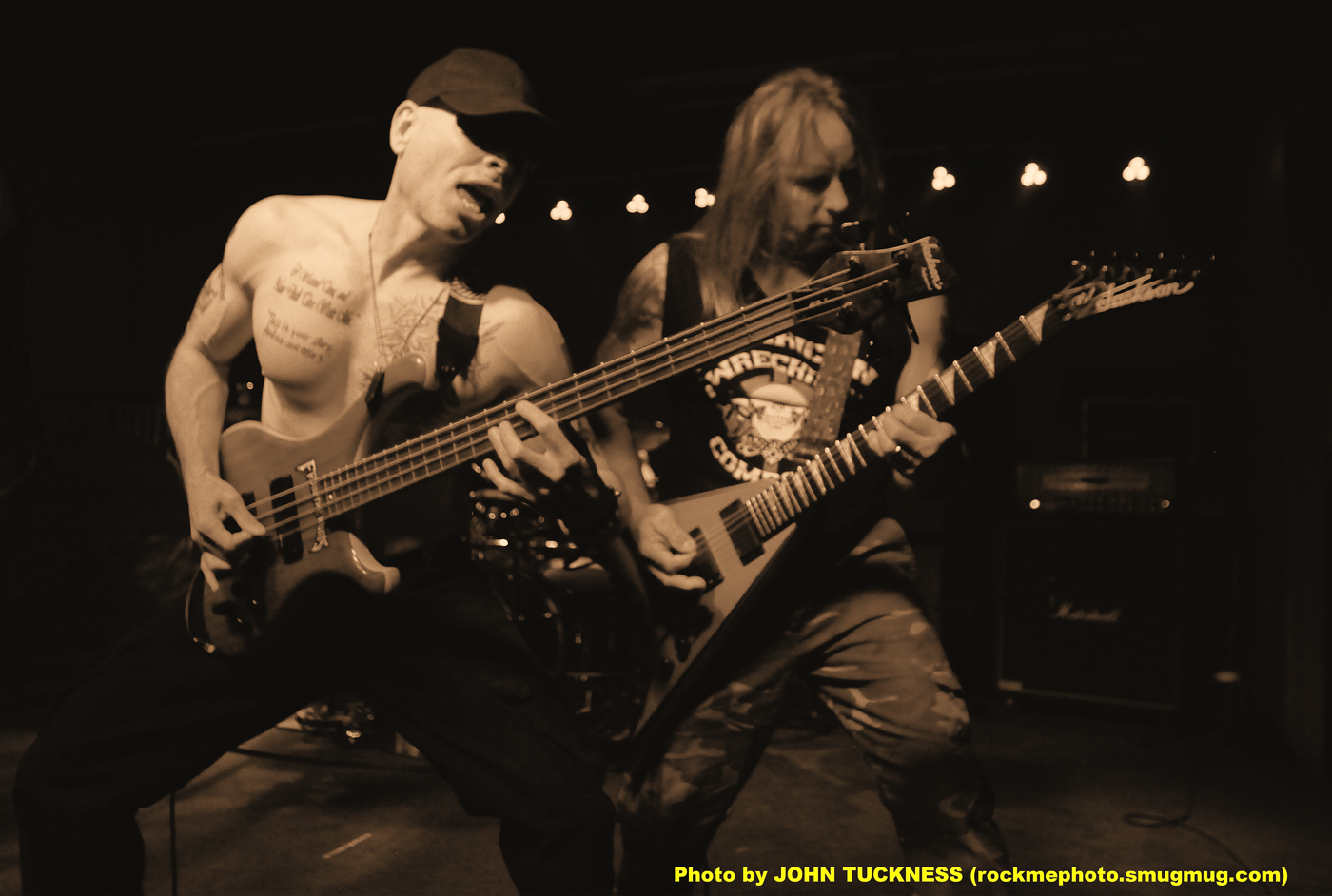 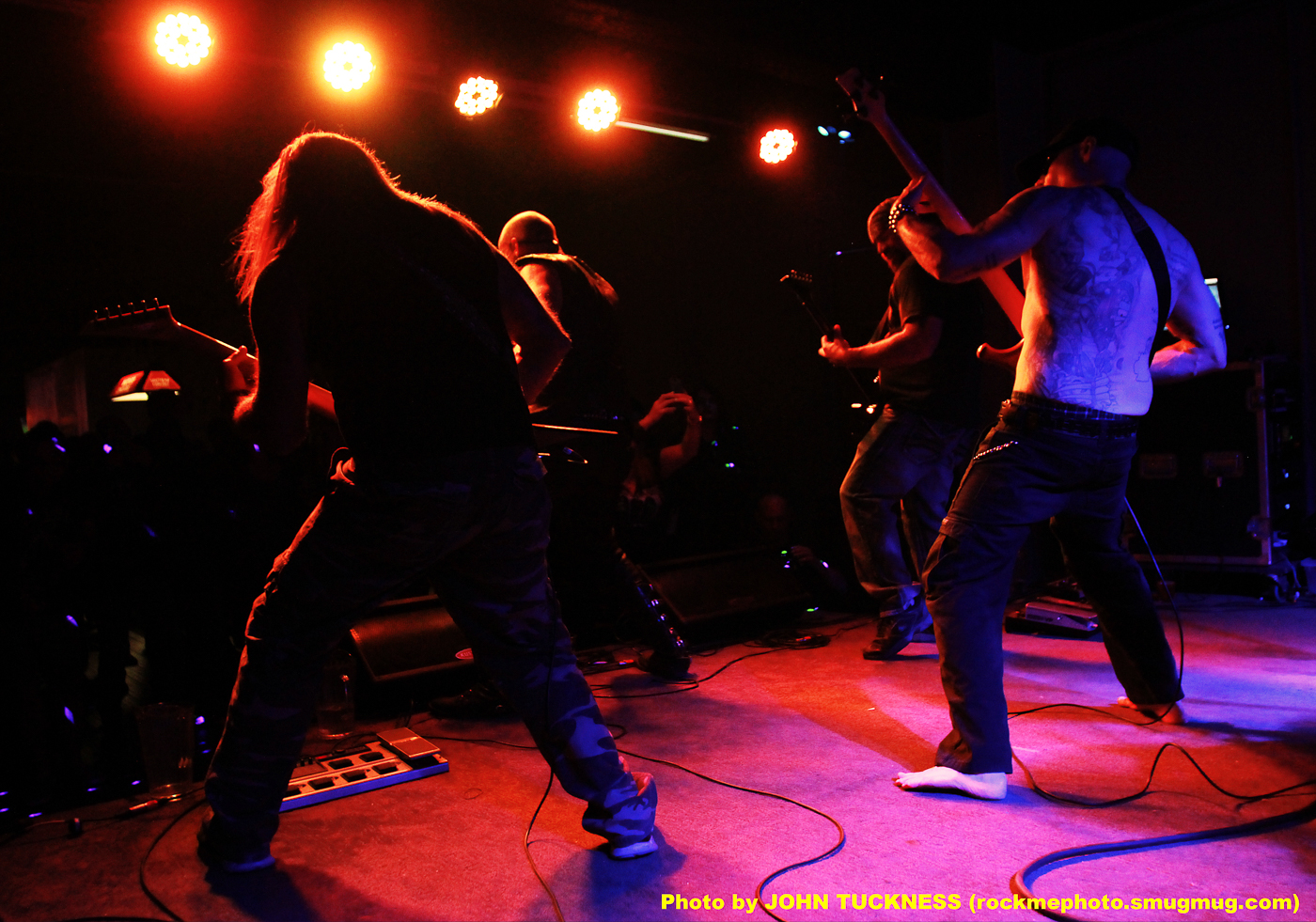 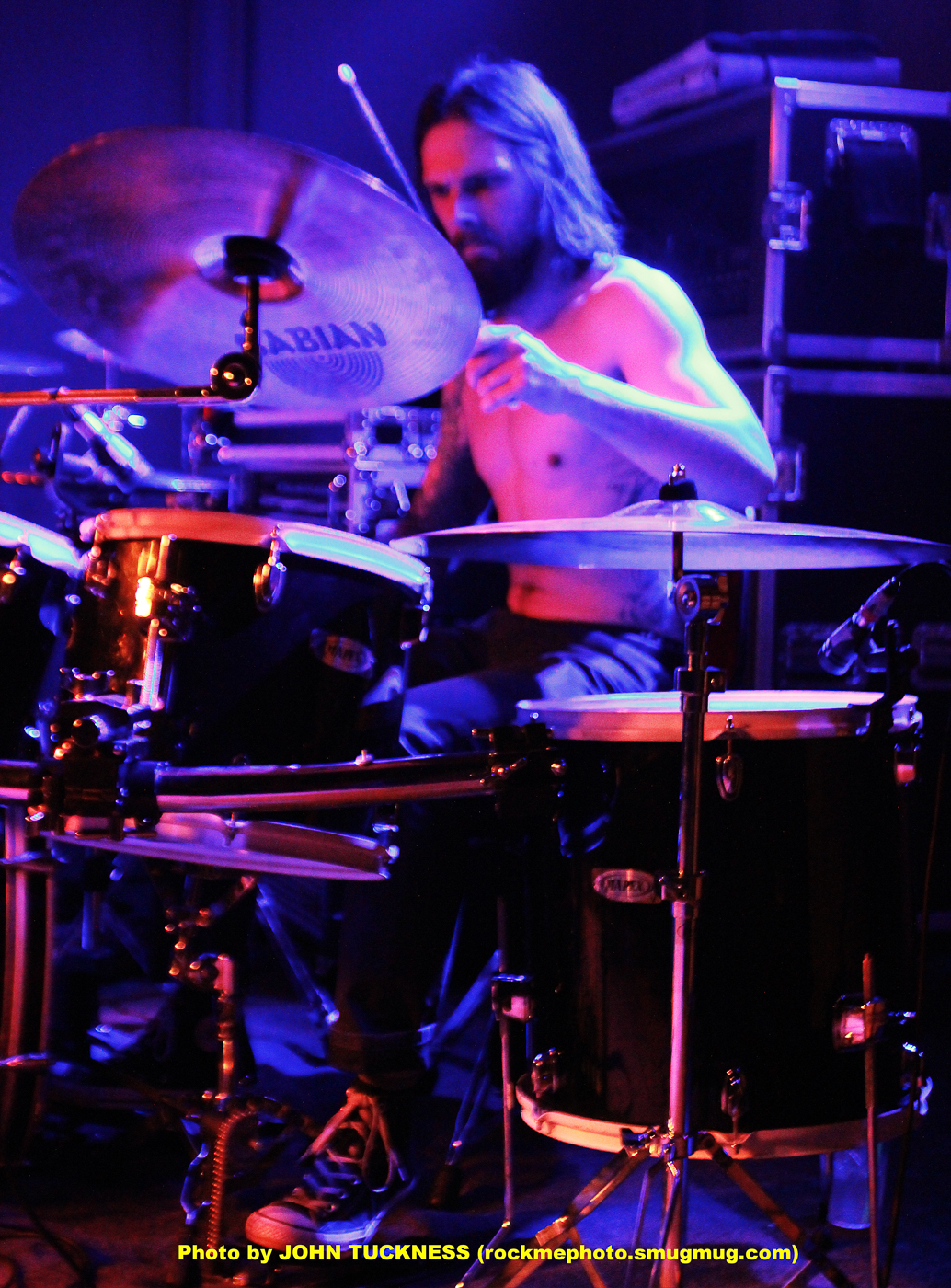 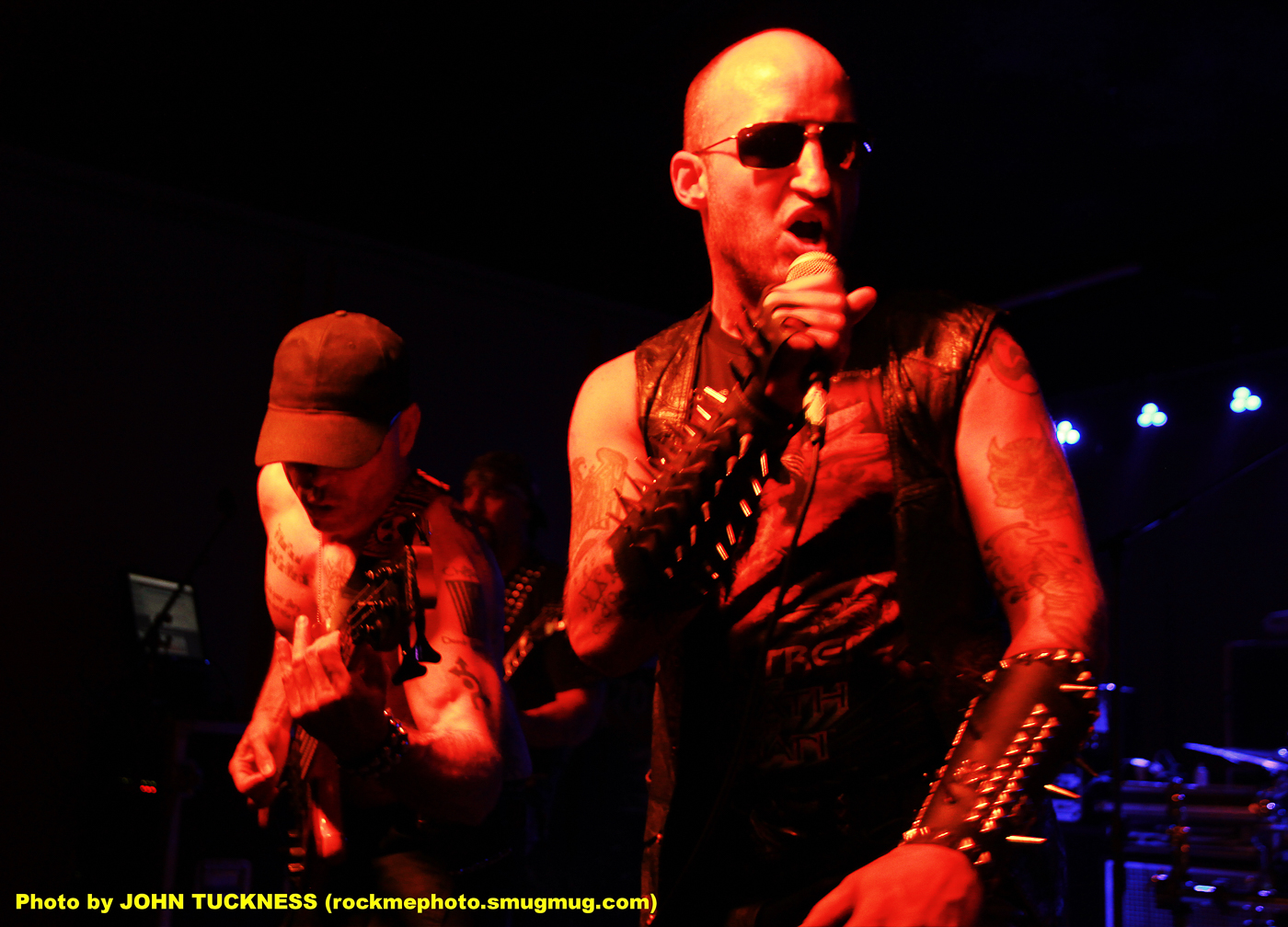 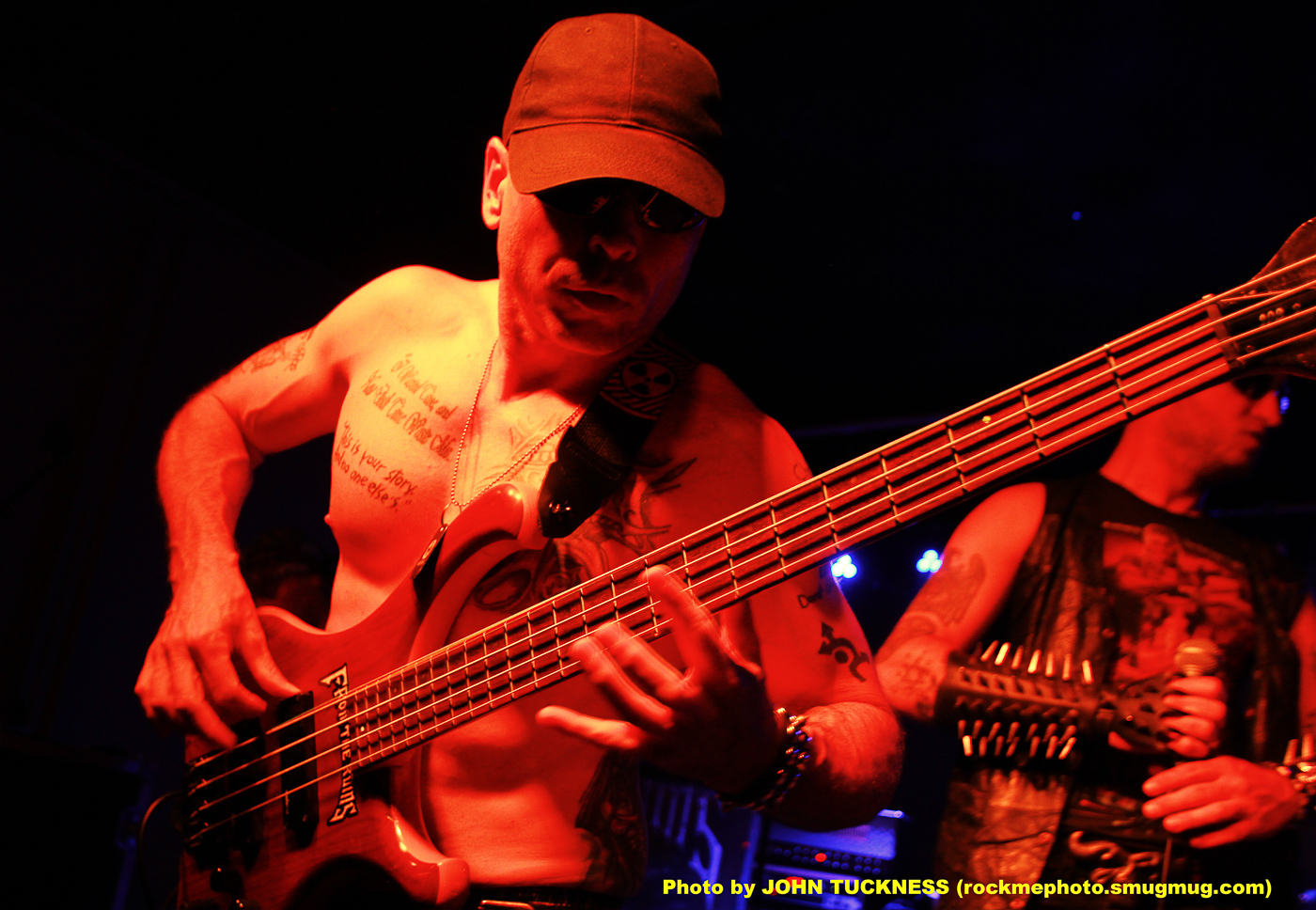 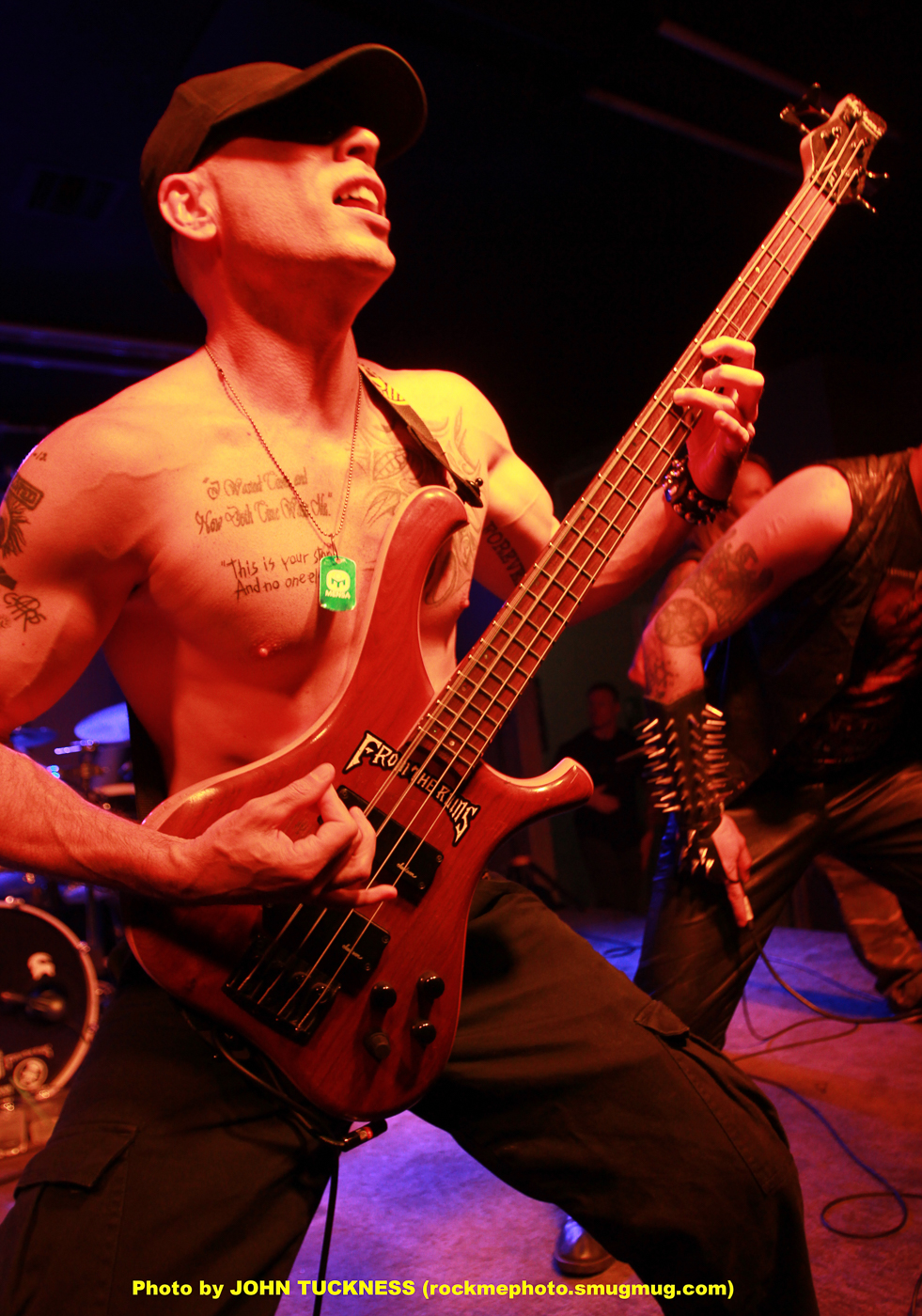 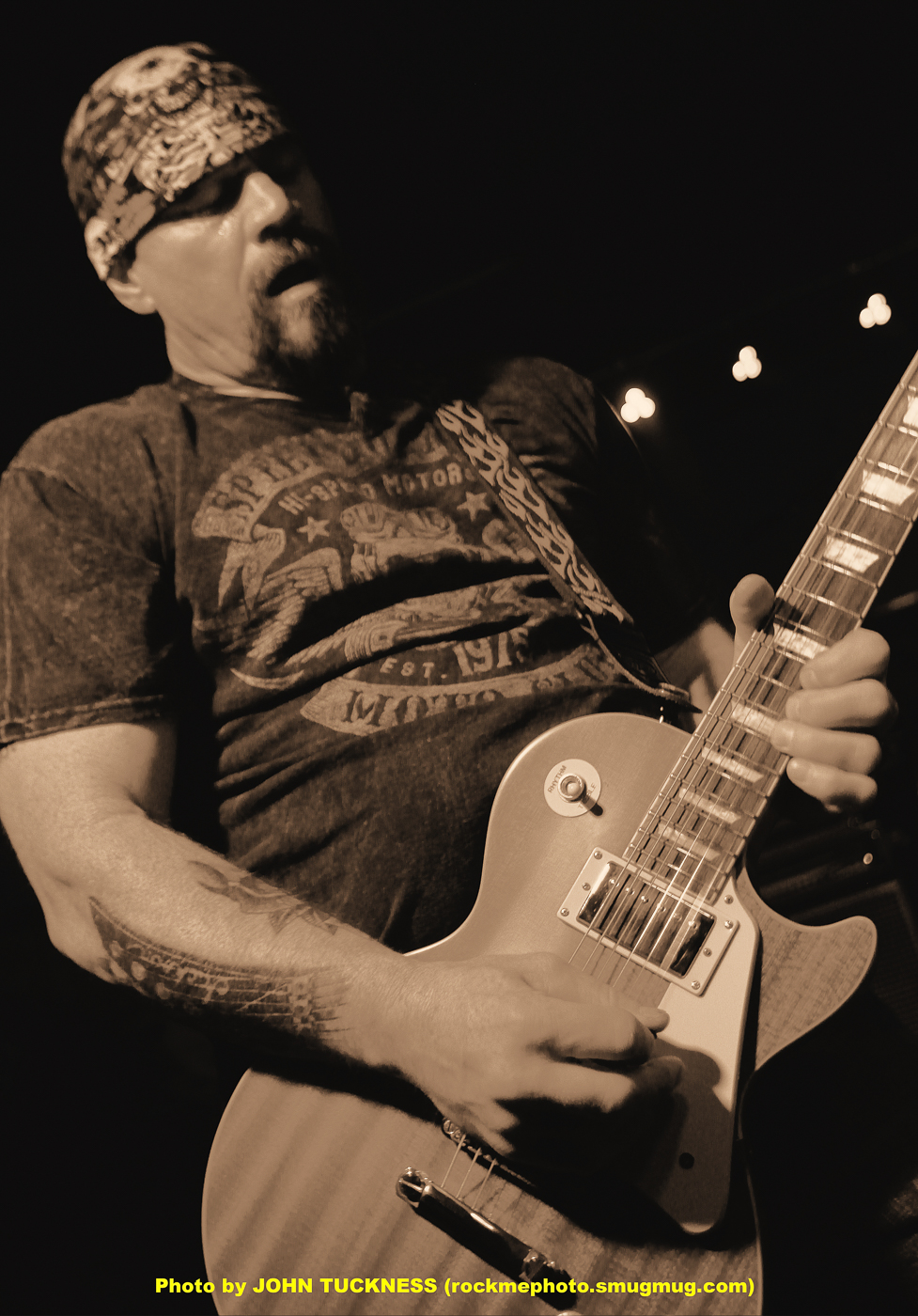 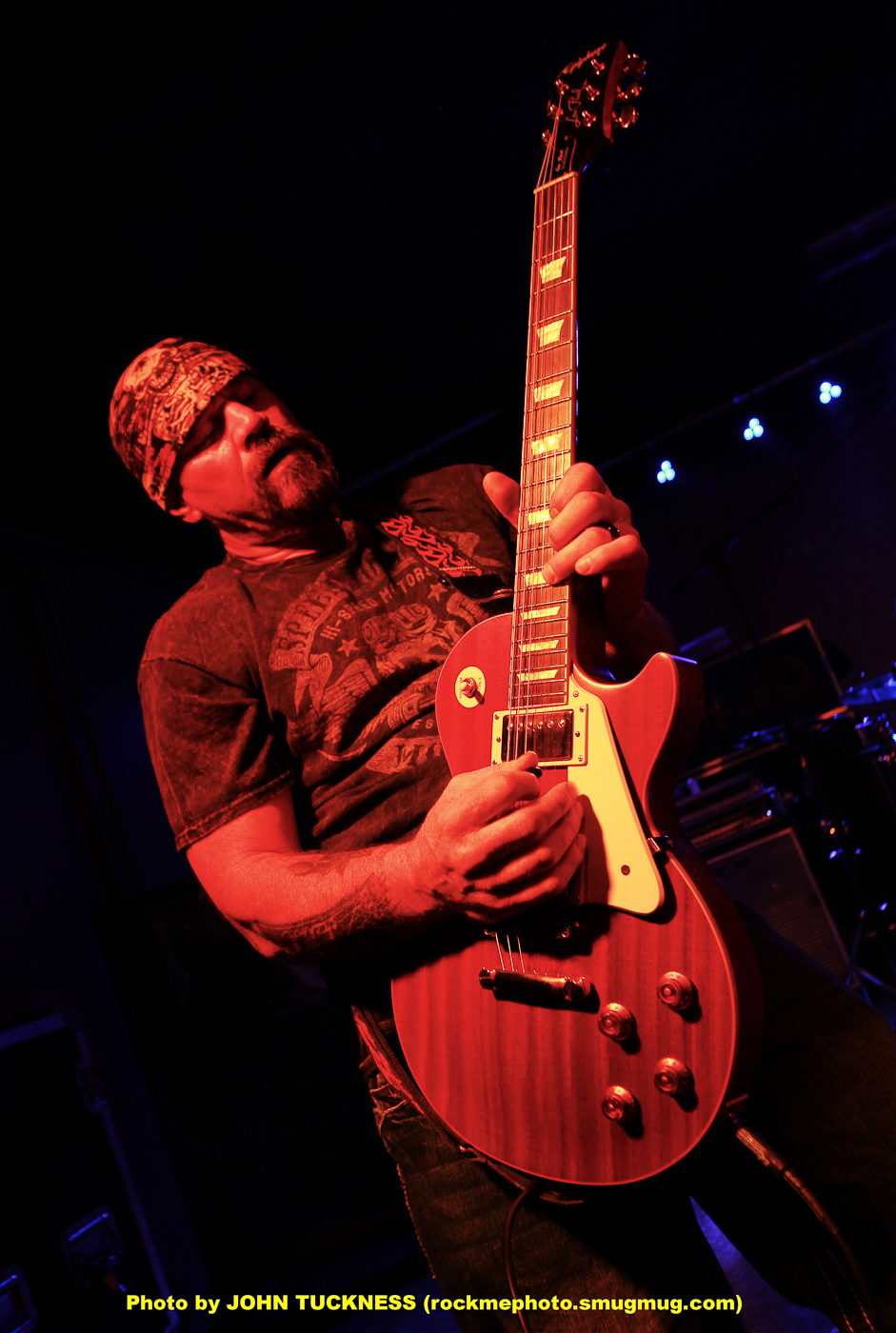 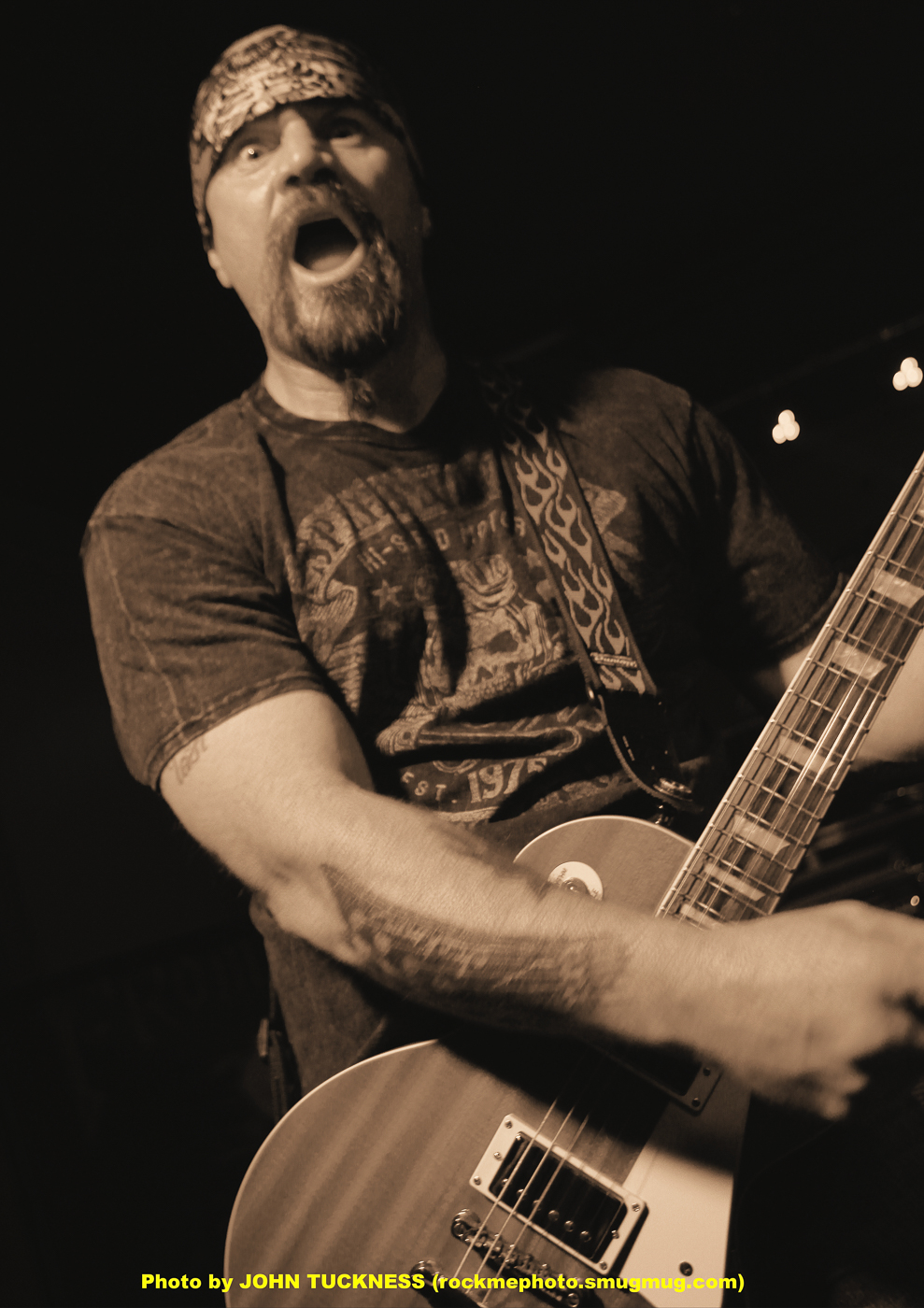 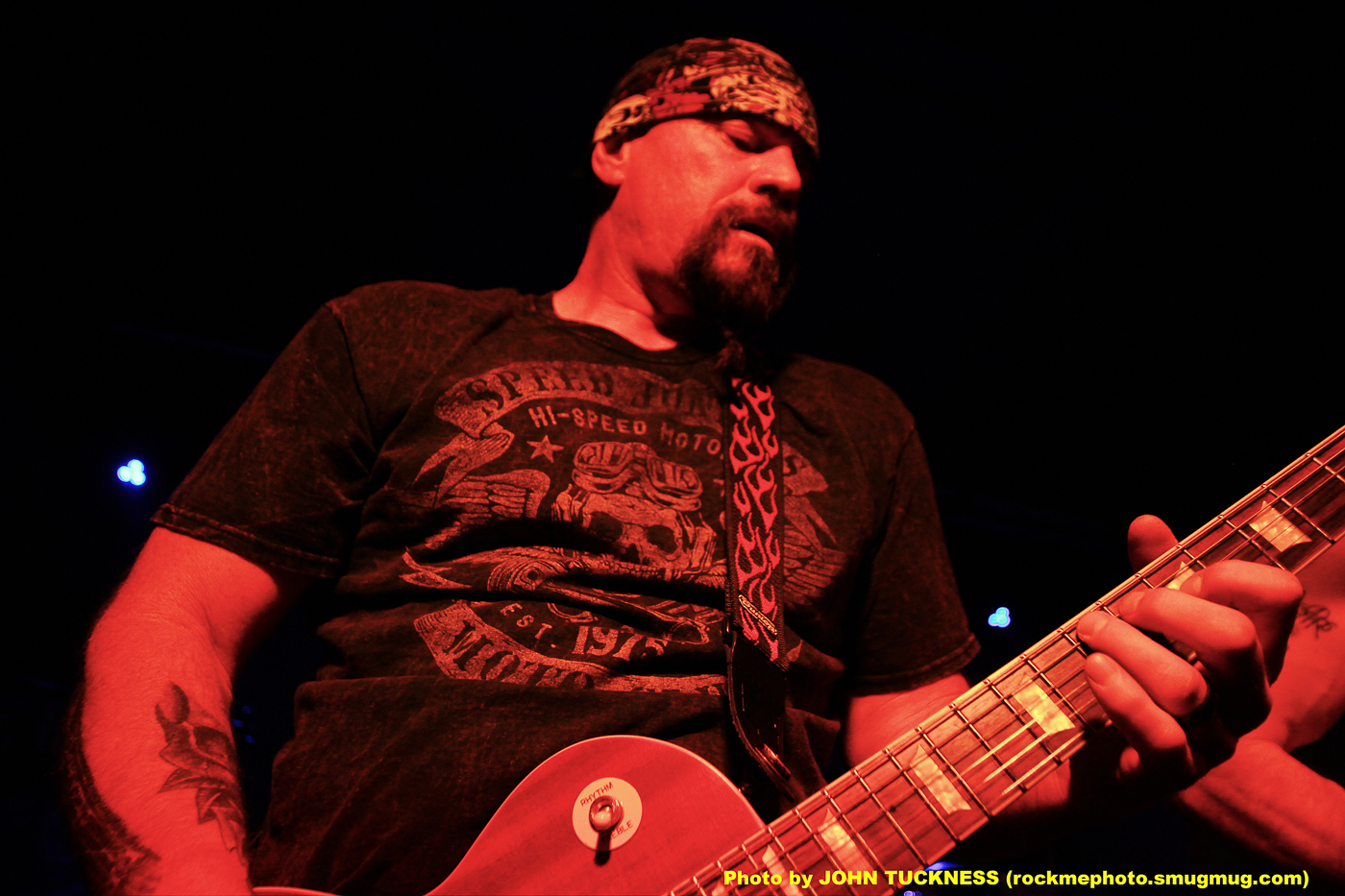 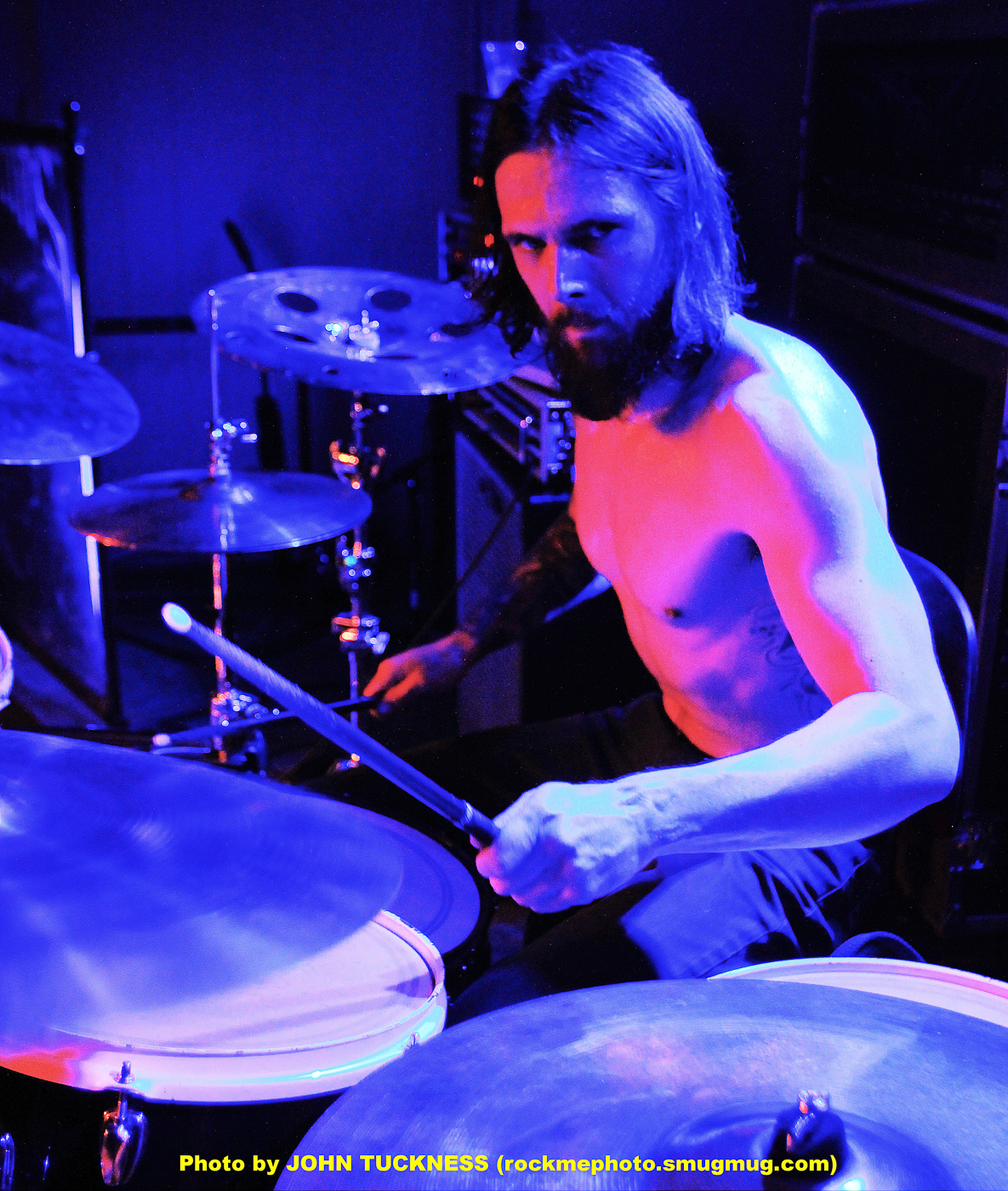 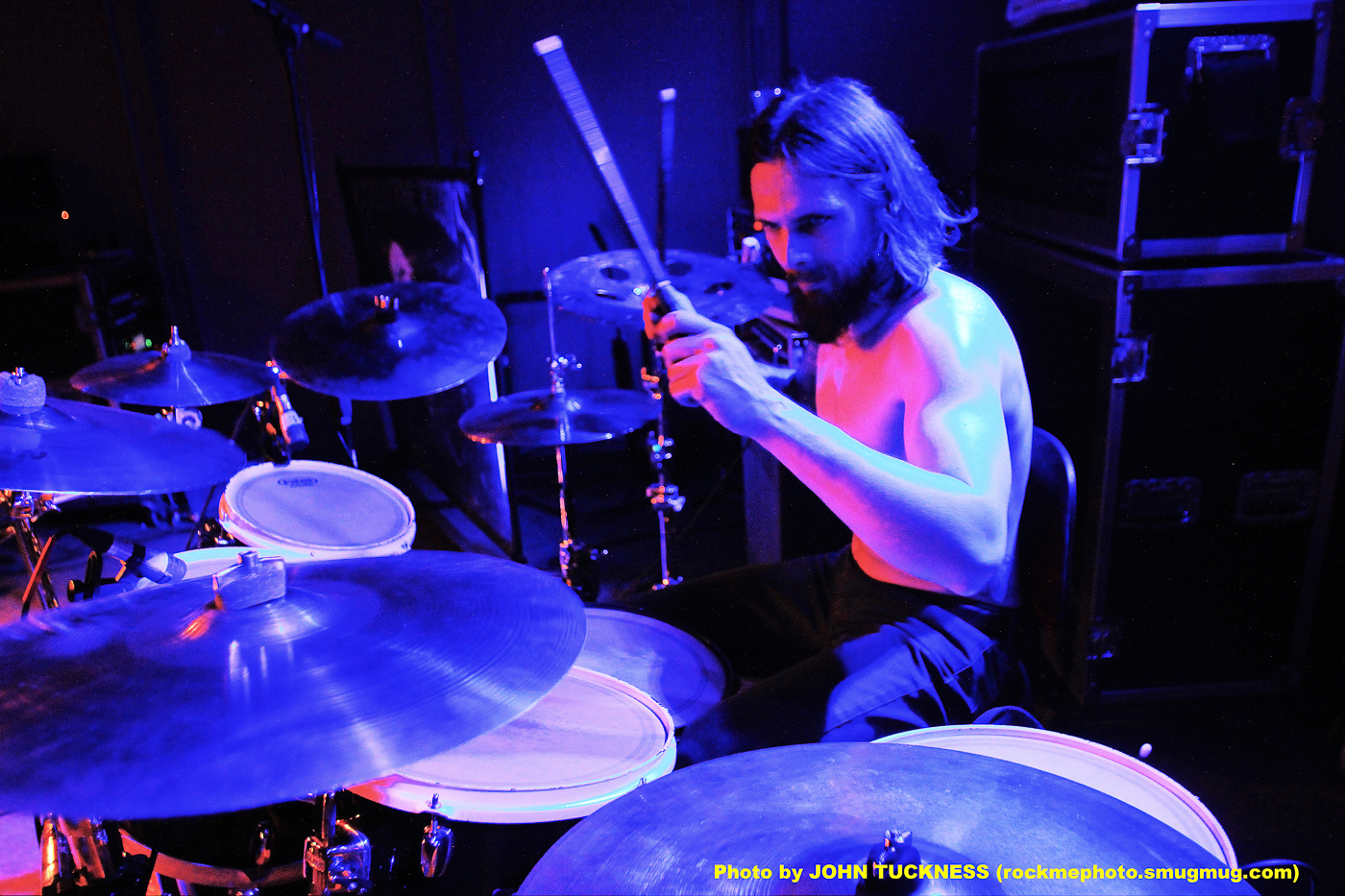 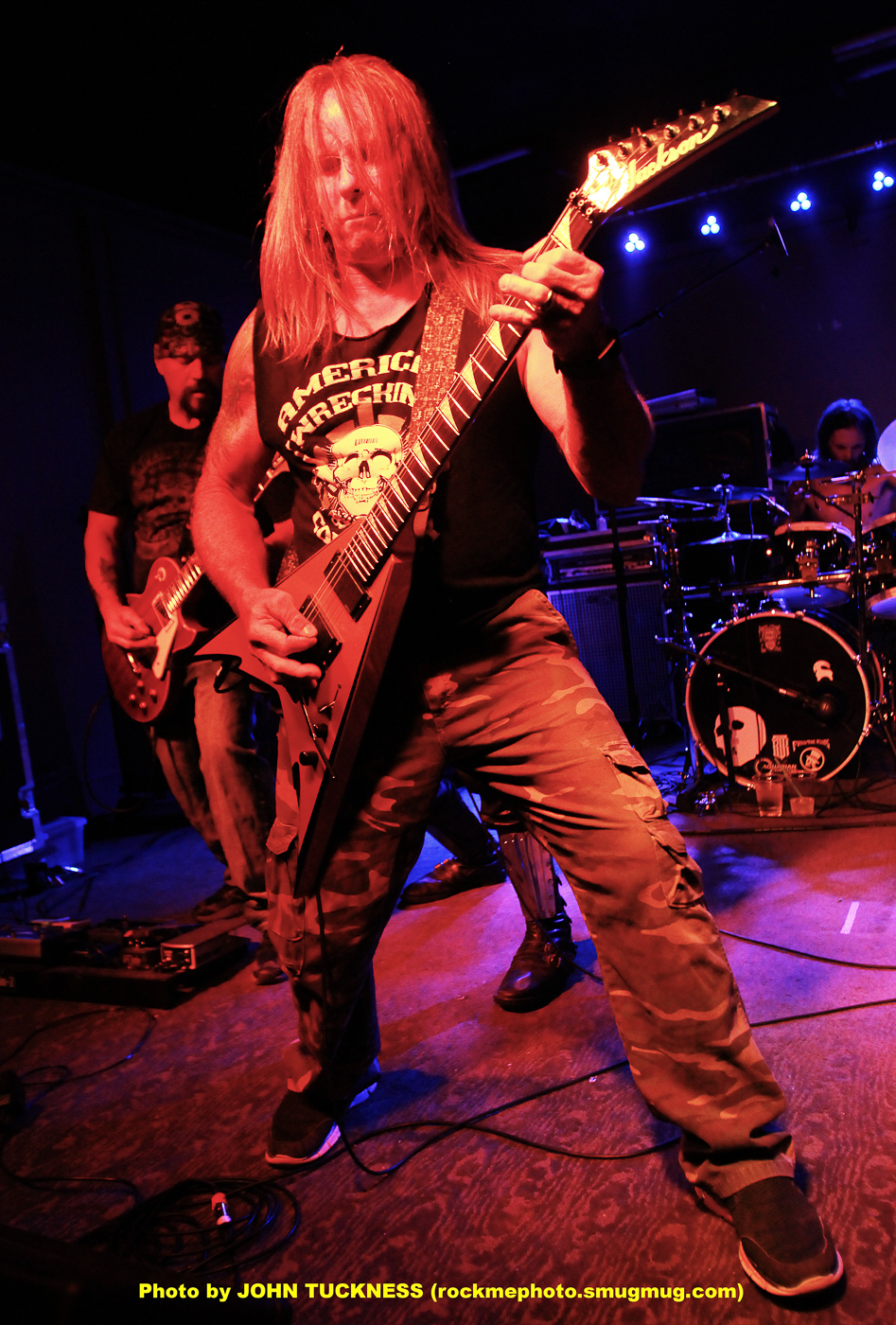 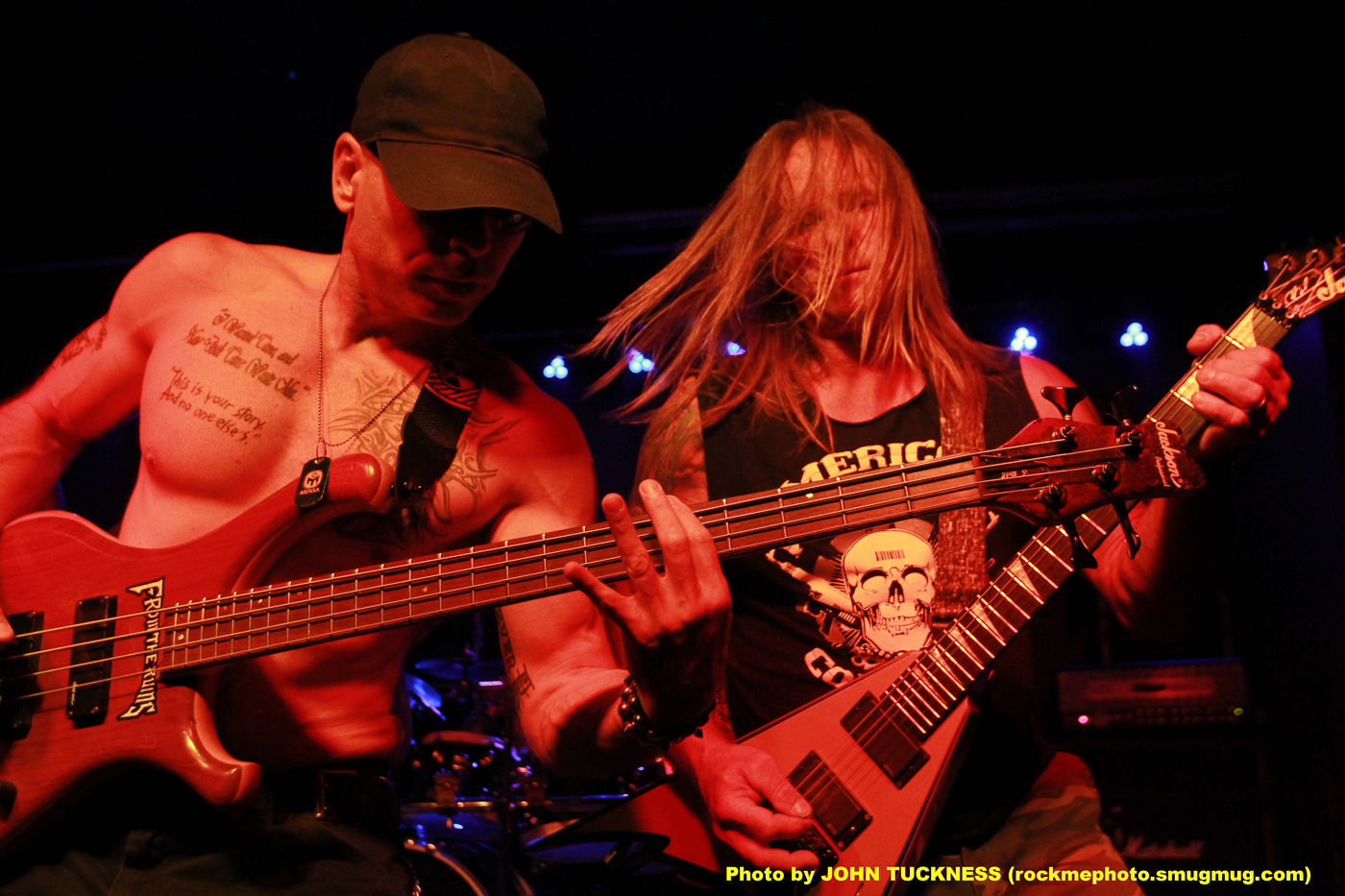 From the Ruins. Photo: John Tuckness 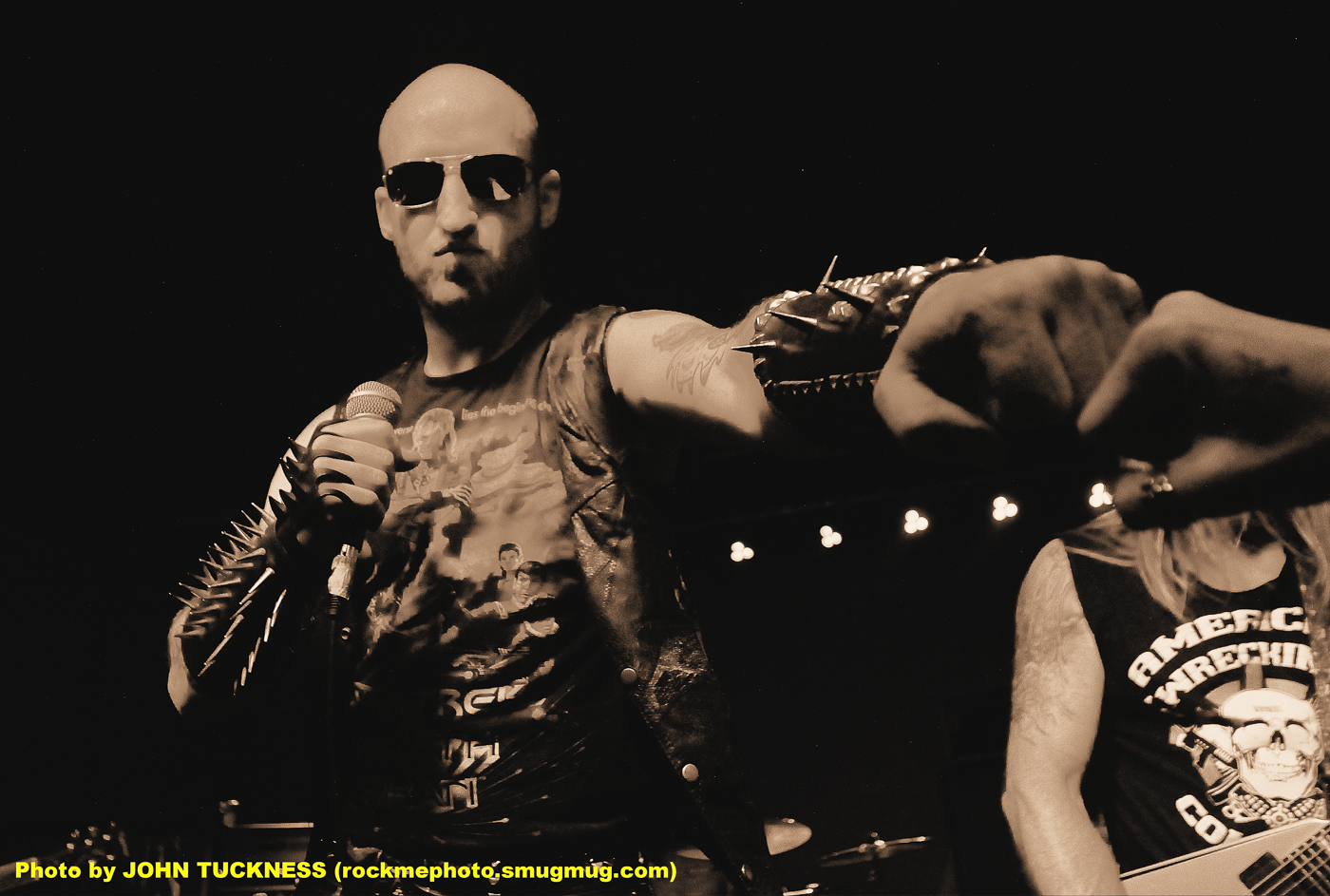 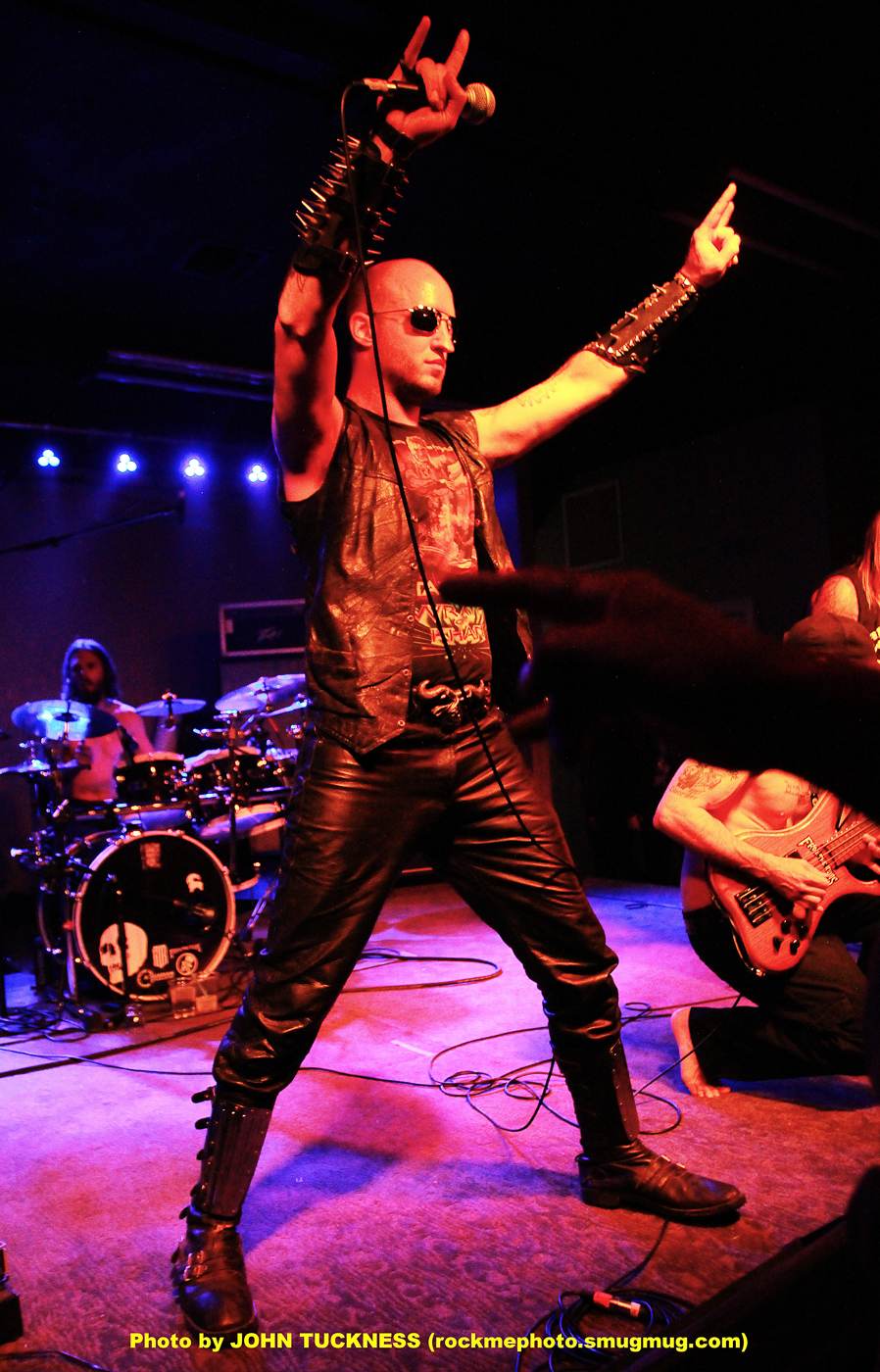 From The Ruins (FTR) was formed in August of 2015 after Up Against It — UAI’s guitarist, Chuck Reyome, Jr. (Reyome), and Cyanate guitarist Scott Schlingheyde — started trading riffs and rediscovered that old school metal sound; a singular sound which developed into straight-up modern thrash. The first lineup of FTR consisted of Reyome’s brother, James, on vocals, Will Finn on bass, Reyome on rhythm guitar, Schlingheyde playing lead guitar, and Oscar Ozuna (UAI) in charge of percussion. This lineup was short-lived and after a couple of shows Ozuna made the decision to move out of town for work.

Having gone through member changes early on and looking for a lineup with perfect chemistry, in July 2016 FTR replaced James with vocalist Isaac Wilson (Blasphemous Creation); FTR then recruited drummer Robert Landers (Nevermute) in January 2017. The final piece of the puzzle was adding bassist Eric Marks (Enslave The Creation), who replaced Will Finn, who could not tour.

This super-group made up of members from local bands proved to be the perfect match that Reyome had been looking for since the beginning, and which he described as having “chemistry off the charts.” We are now “ready for battle” as Reyome puts it; they were anxious to get their music out to the world. 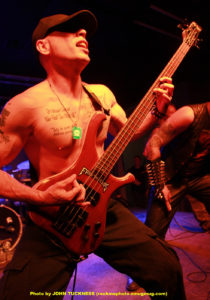 Planned tours include road trips up and down the West Coast in the summer of this year. They’ve appeared with or co-supported friends in Western groups such as Angerhead, Kut-Pile, Sinicle, Cultural Warfare, American Wrecking Company, We Predict a Riot, Toy Called God, Machinage, Niviane, Hatriot, Infex, and several others, always adding to the list.

With the loss of Borndead Productions, a Tahoe promoter who had been putting metal shows together in Reno, Reyome put his passion for local music to the test when he necessarily formed Reyome Entertainment Productions (REP). The company’s goal is to support our music scene in Northern Nevada and bring in West Coast bands who work hard, promoting themselves along with REP. Since then, REP has hosted fantastic shows and Reyome’s knowledge of current trends and bands in the area has assisted in creating perfect lineups and smooth production. The West Coast music scene is grateful and supports him fully; it seems REP simply needs a local venue up to par for his shows. In fact, Reyome recently hosted the first Metal show at the venue Mummers, formerly The Alley, in Sparks, with great success. Of course, FTR headlines each show; that’s one way to be sure your band is “on the bill!”

Now, with the relationships cemented with Bay Area and West Coast groups, it’s time for FTR to open for their friends on the Road, an exciting change from headlining all the local gigs. You can view the current touring schedule on FTR’s Facebook page, at https://www.facebook.com/FromtheruinsNV/app/2405167945/, entitled “Shows,” along with music to stream and band videos, including the newest, “Divided by Fear.”

You’ll also want to keep an eye out for the FTR’s website, currently under construction, which will be located at www.fromtheruins.net. On Facebook, FTR is listed as www.Facebook.com/fromtheruinsNV/. Additionally, their music can be streamed on www.reverbnation.com/rpk/FromtheRuins.

As always, support your local bands and venues … Please, Go To A Show! 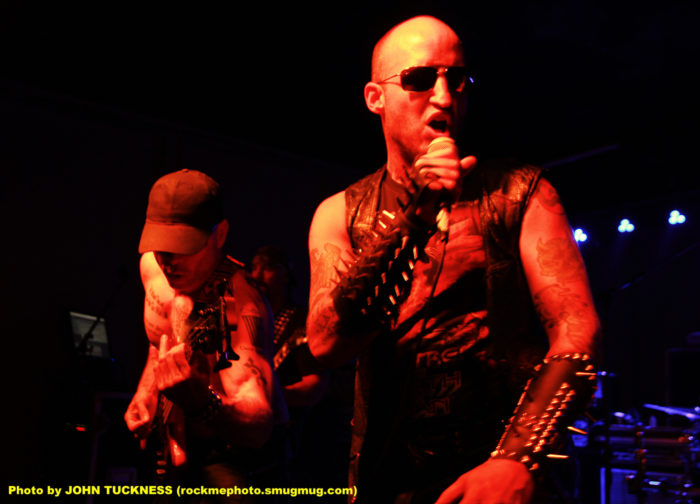