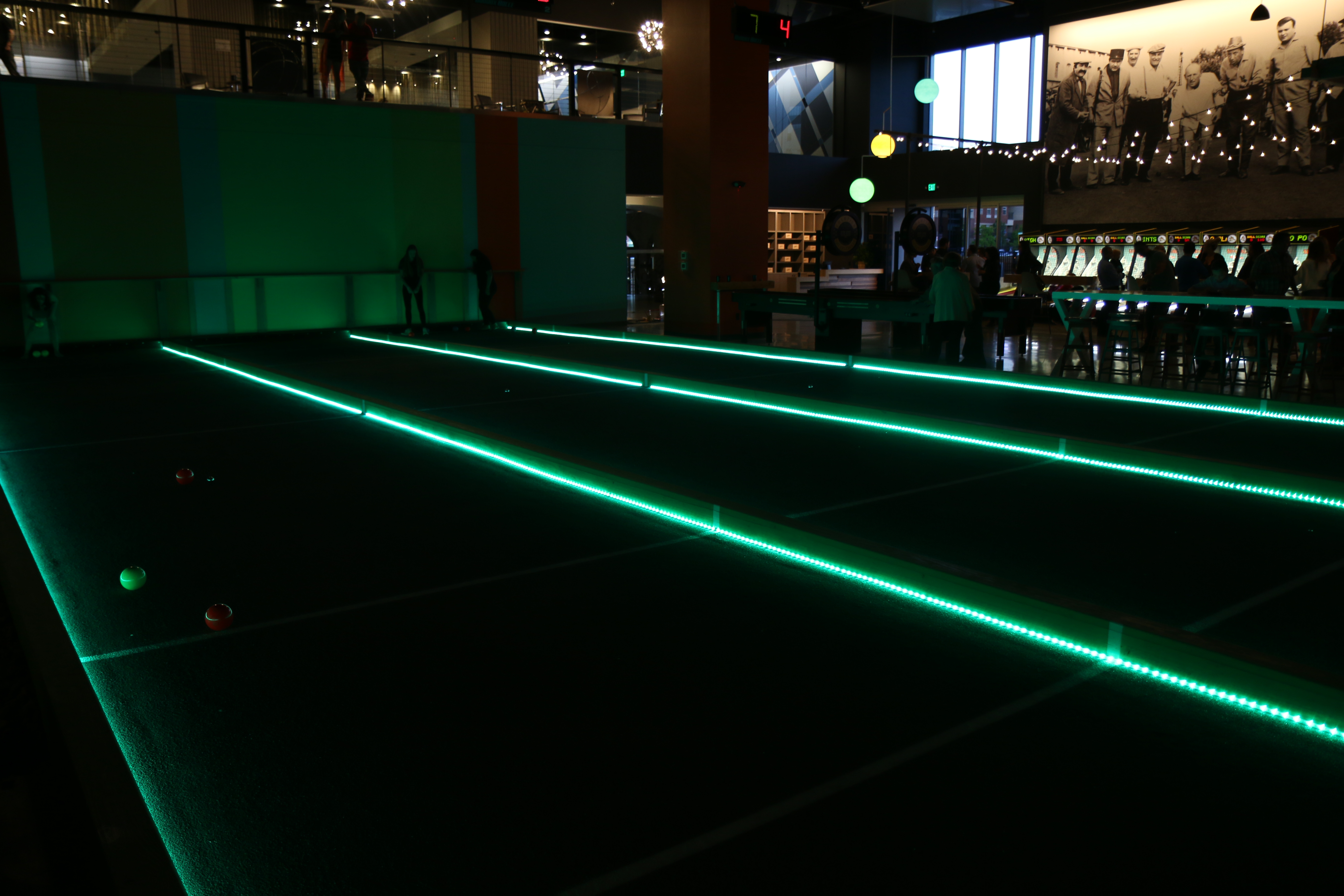 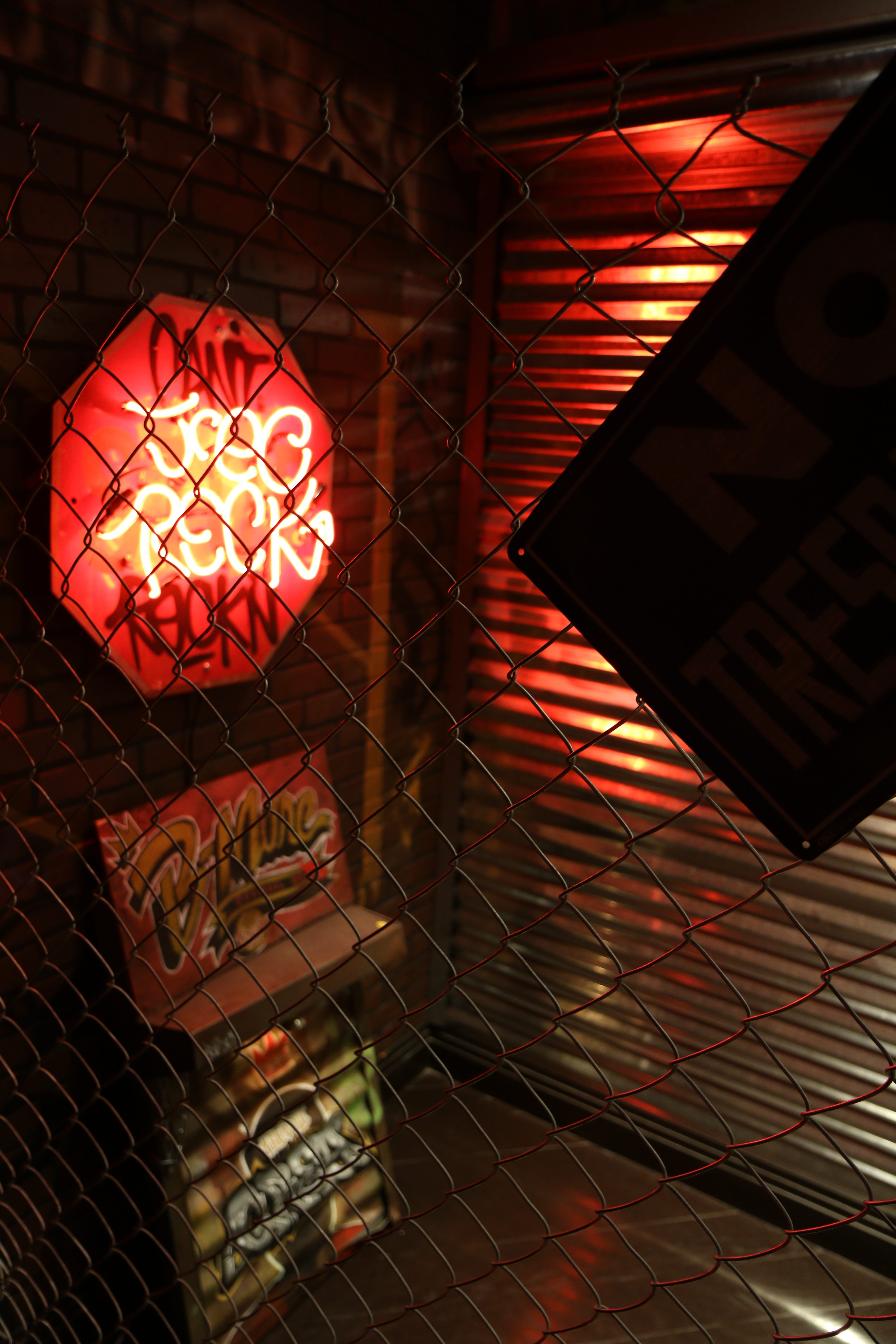 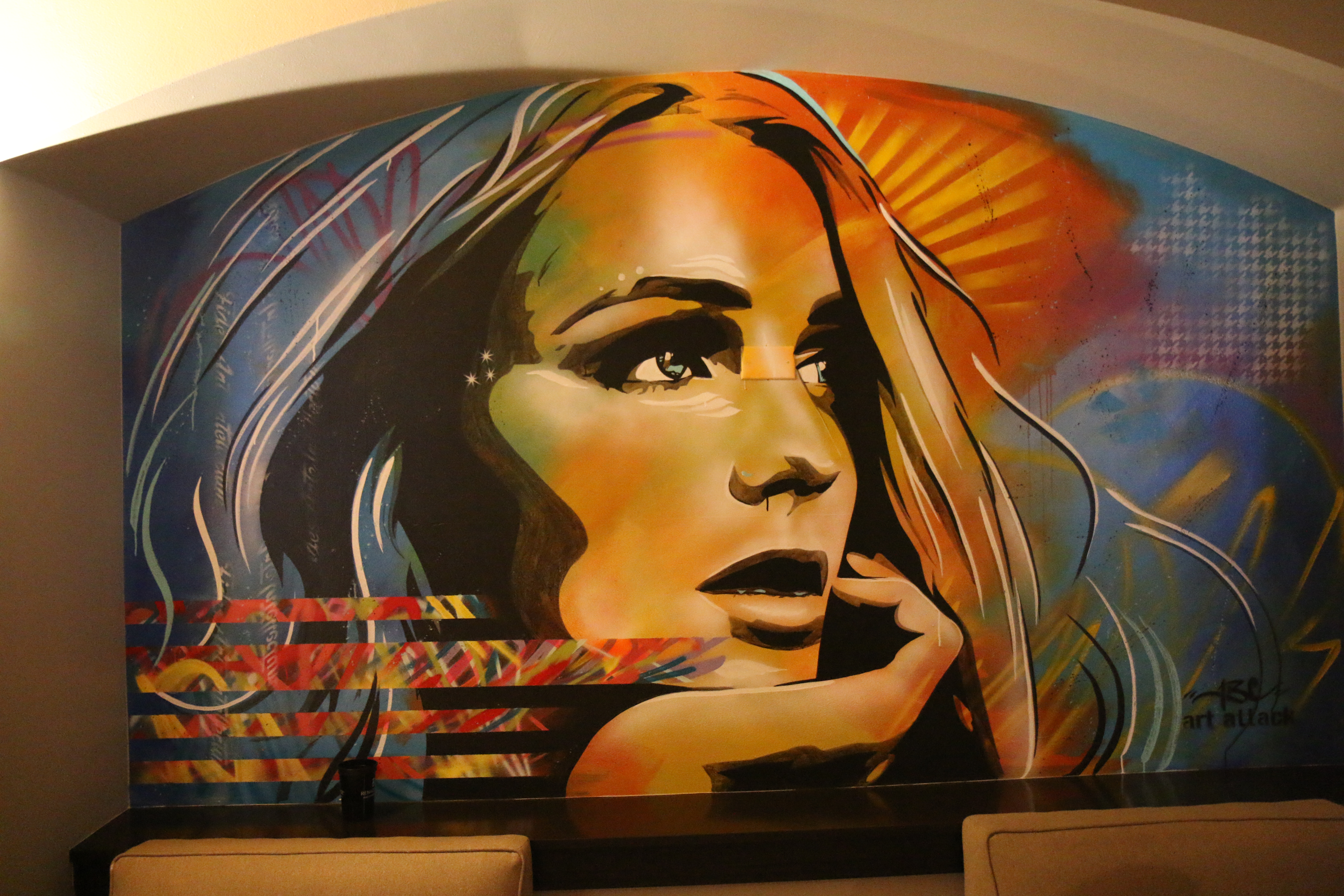 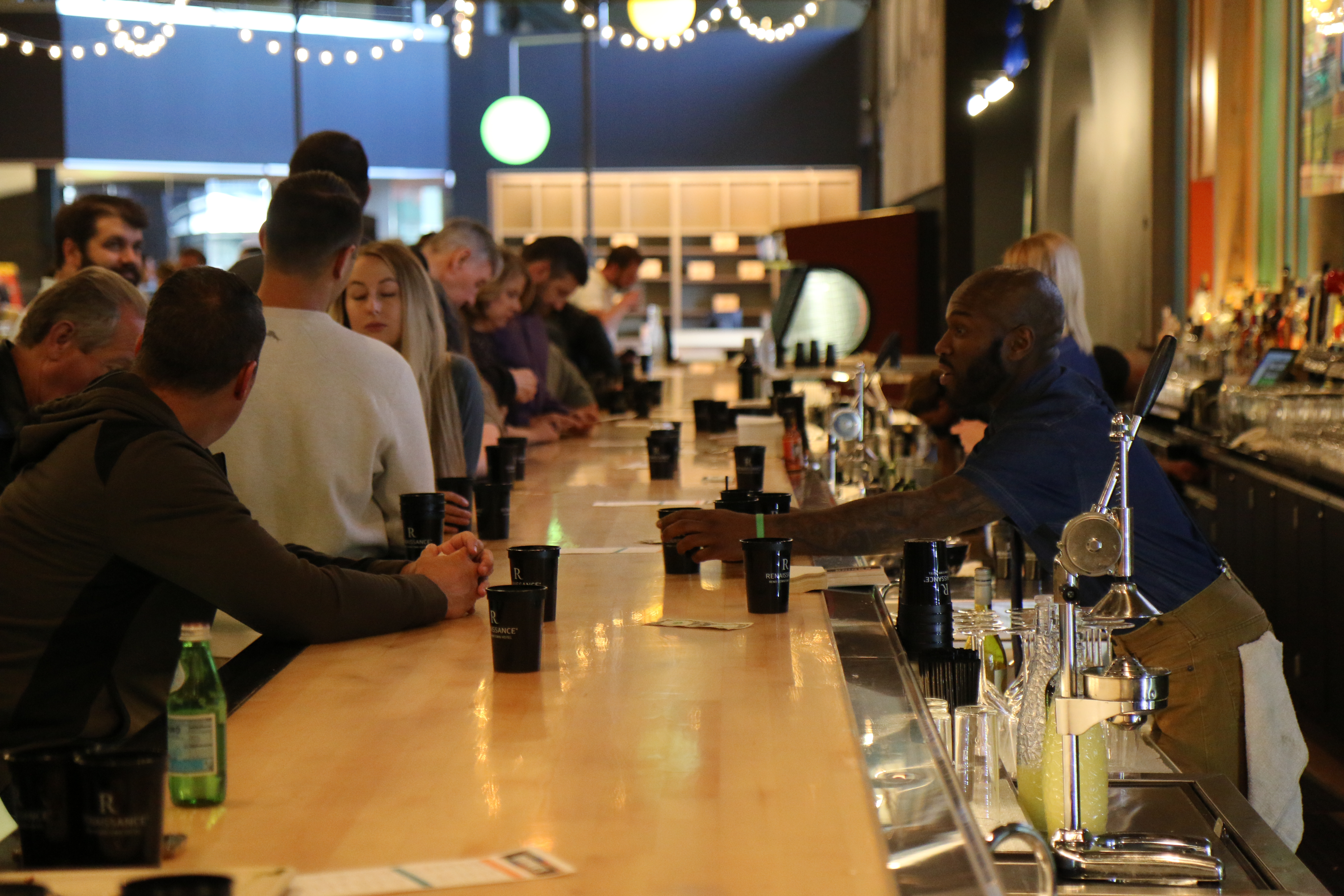 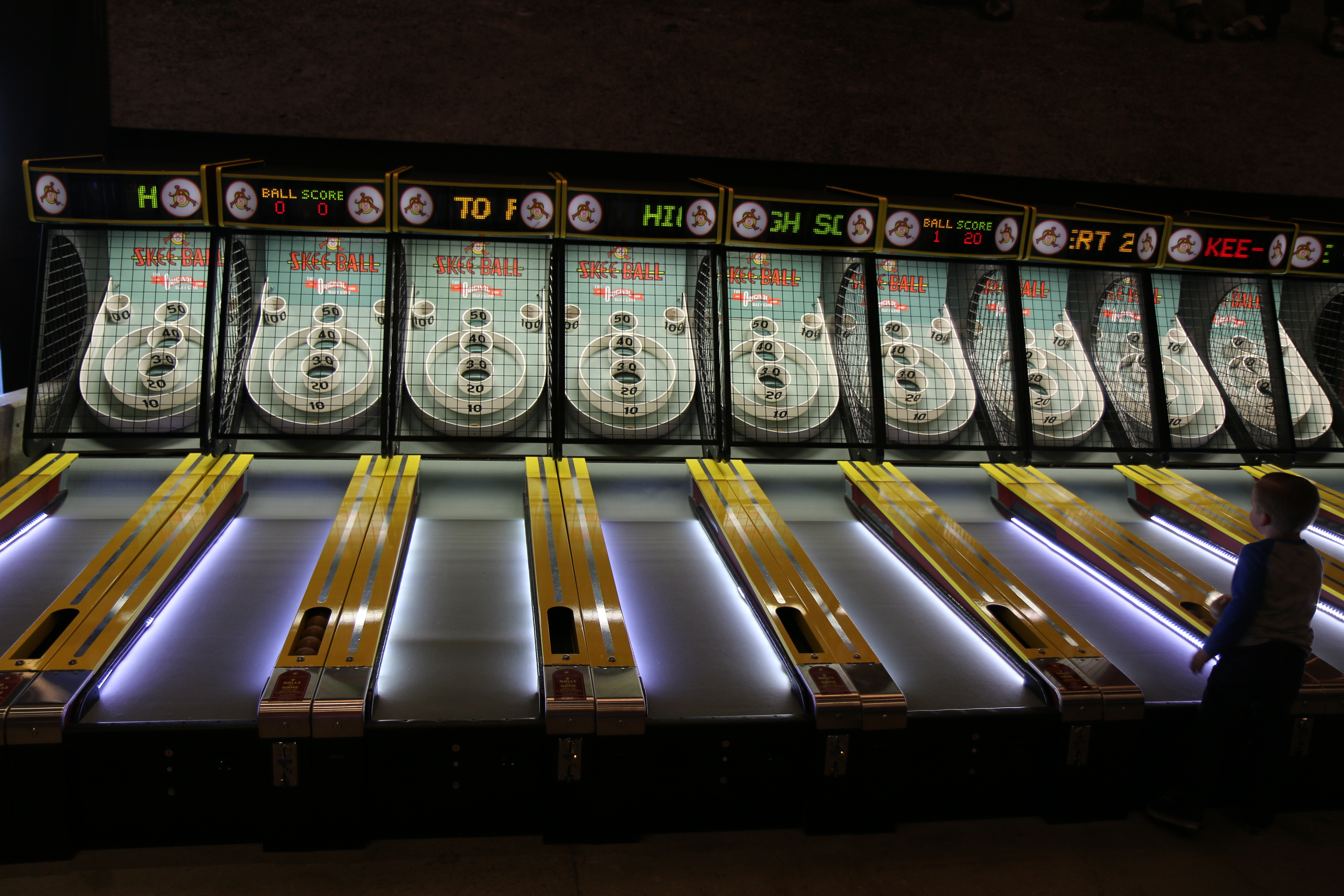 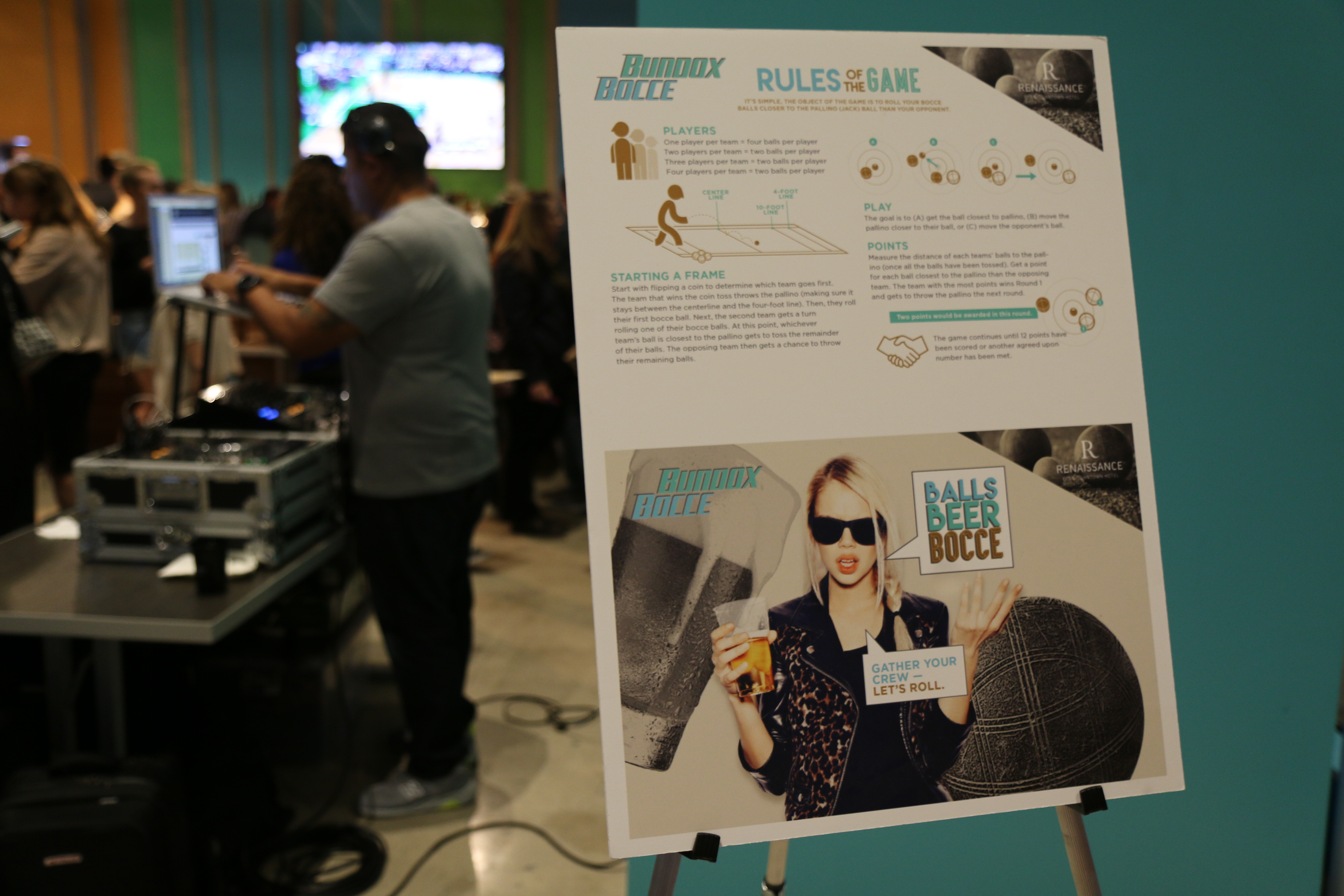 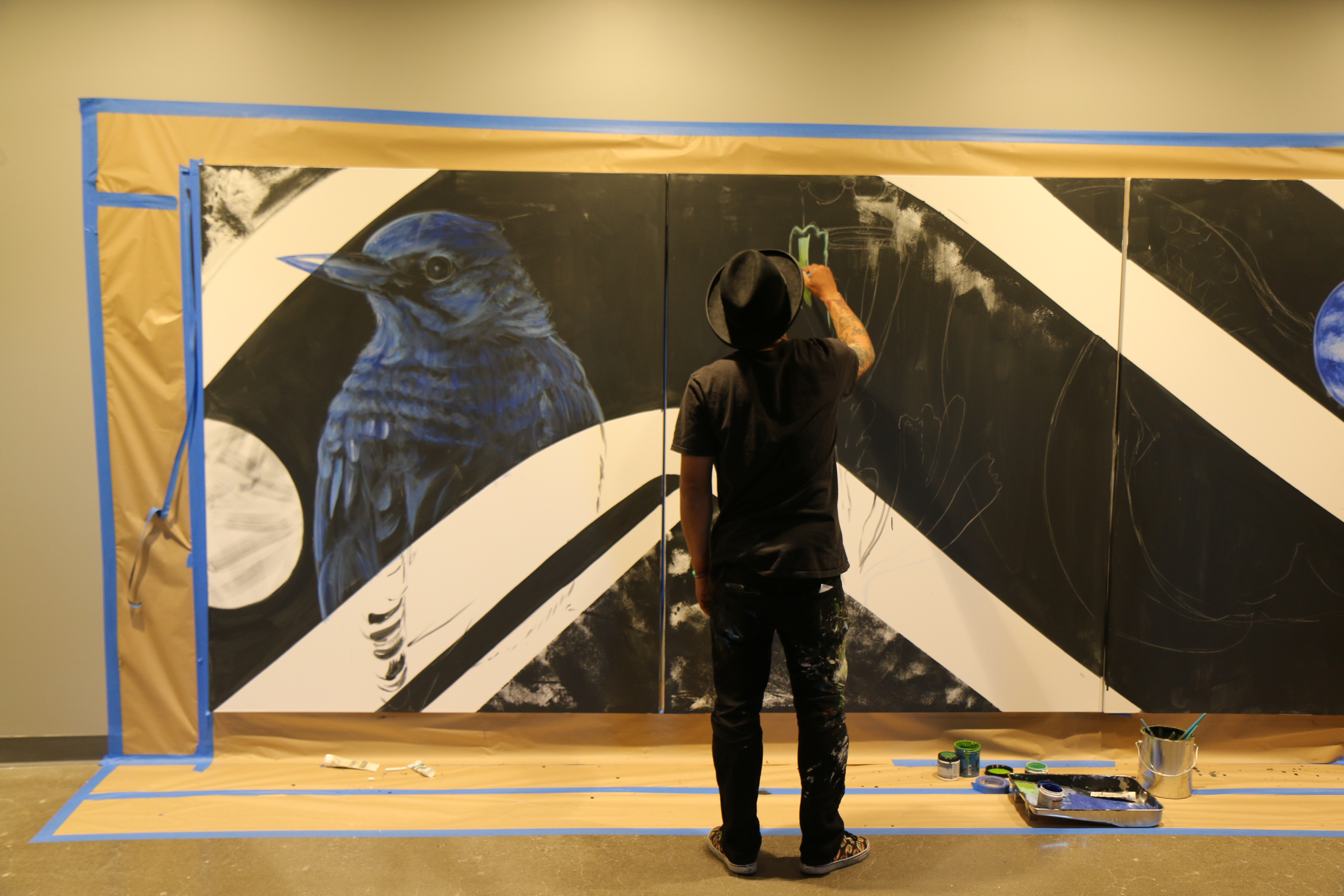 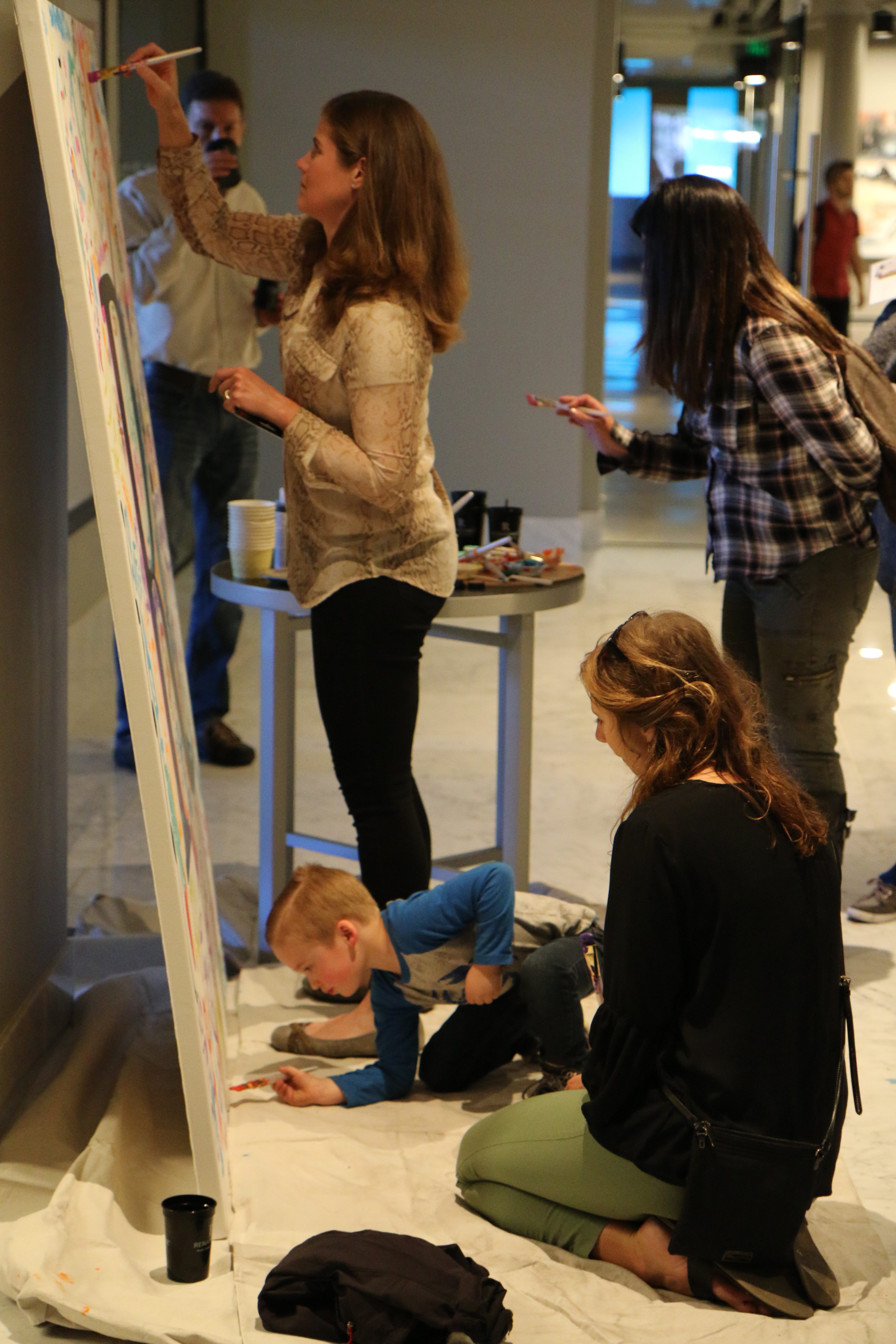 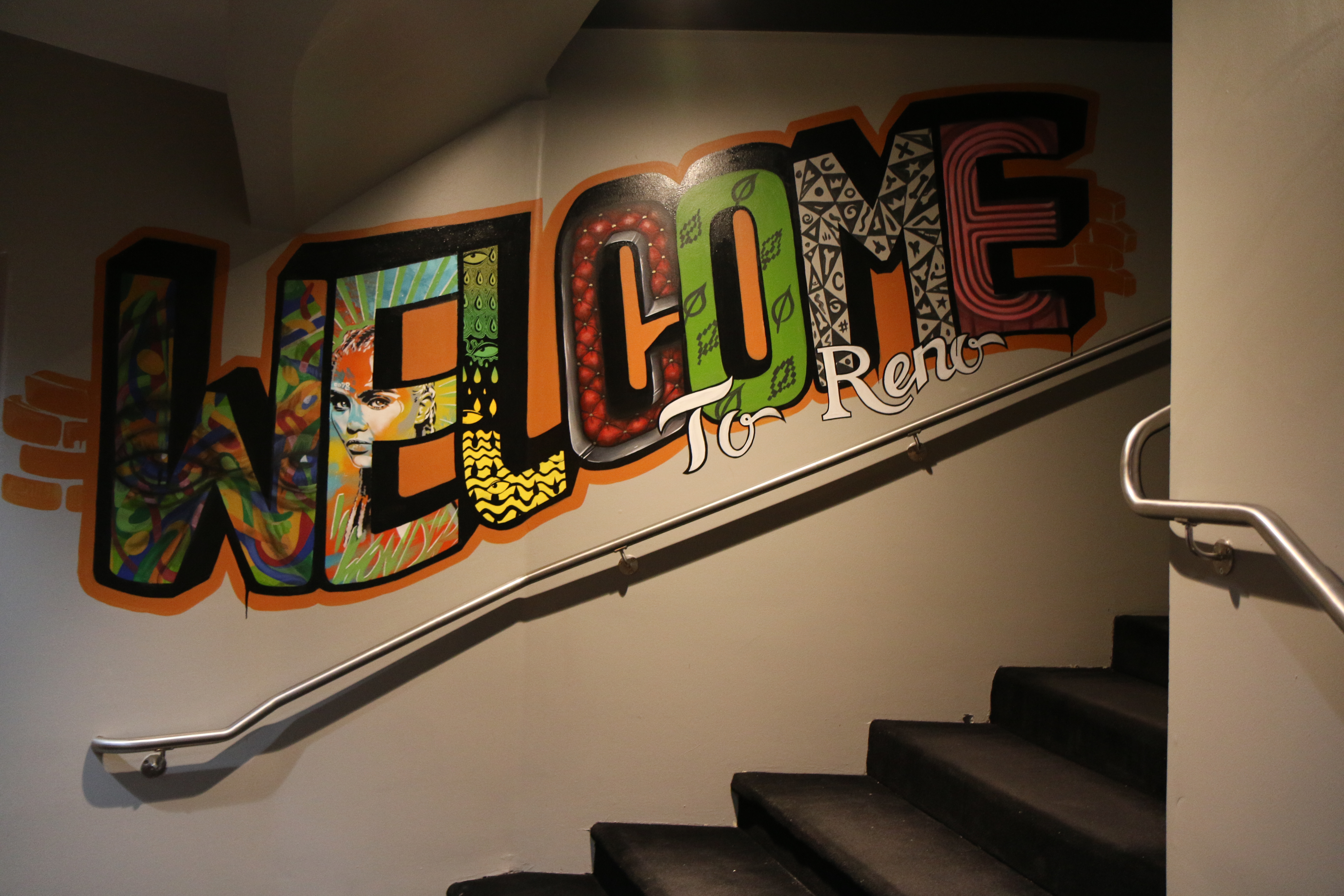 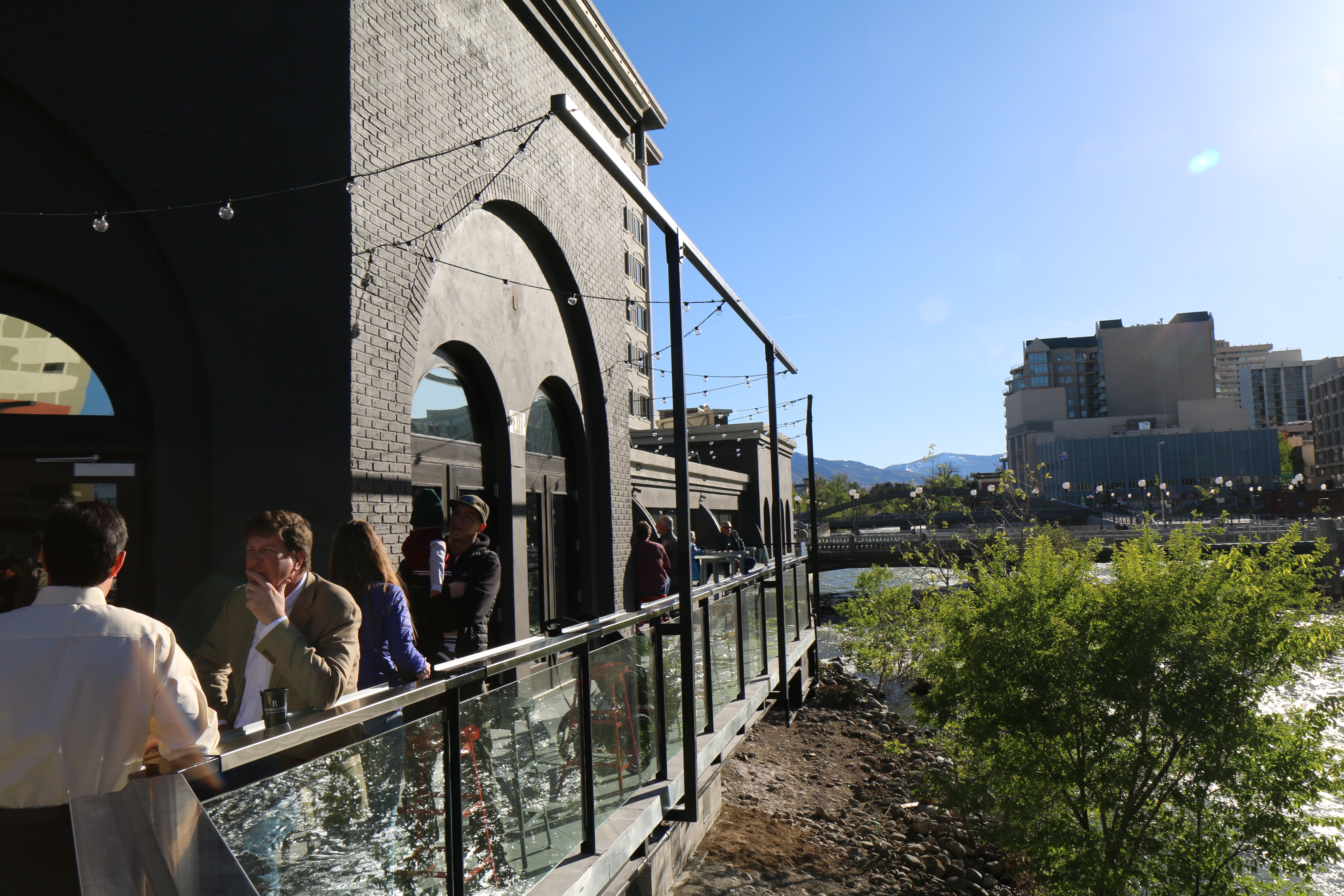 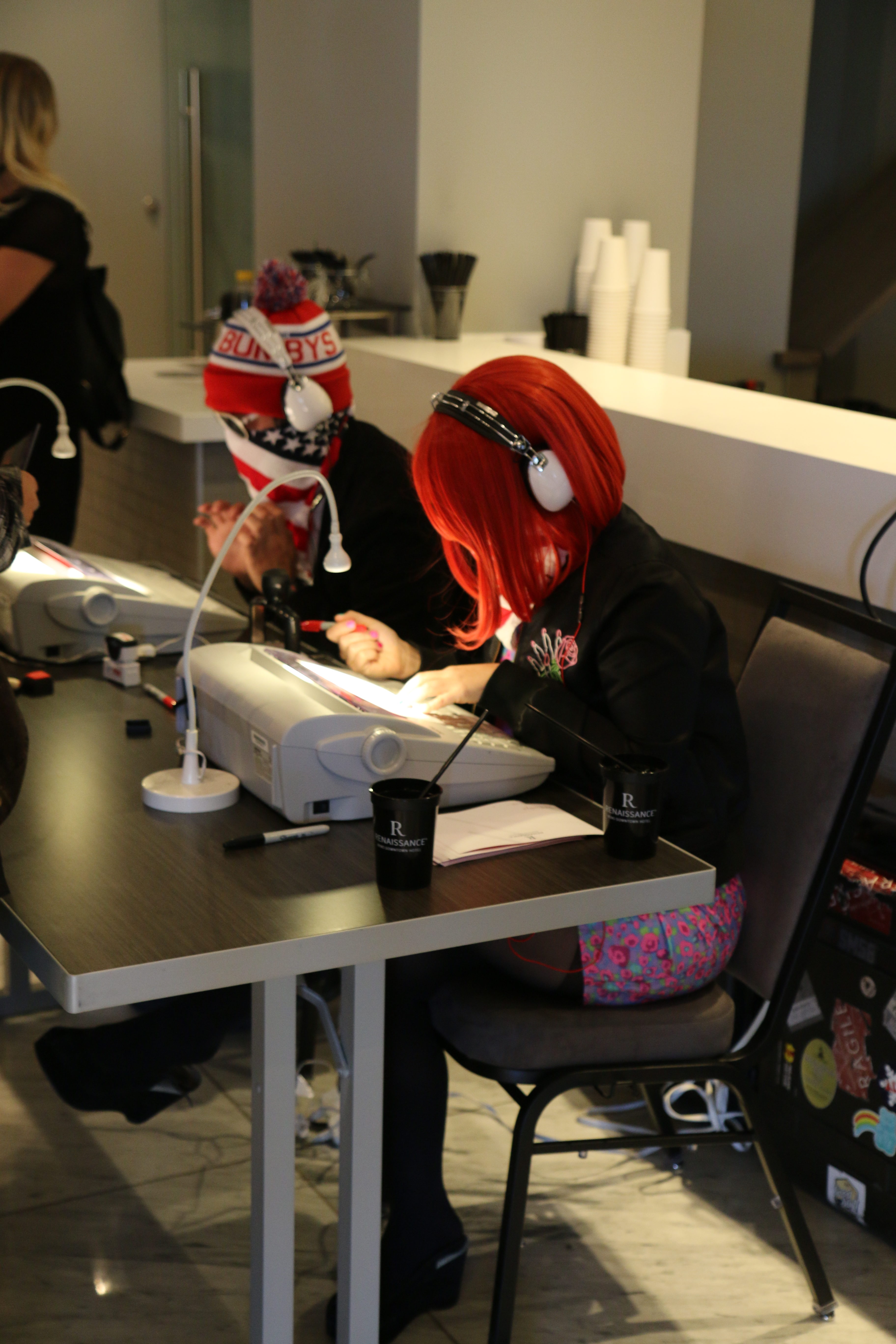 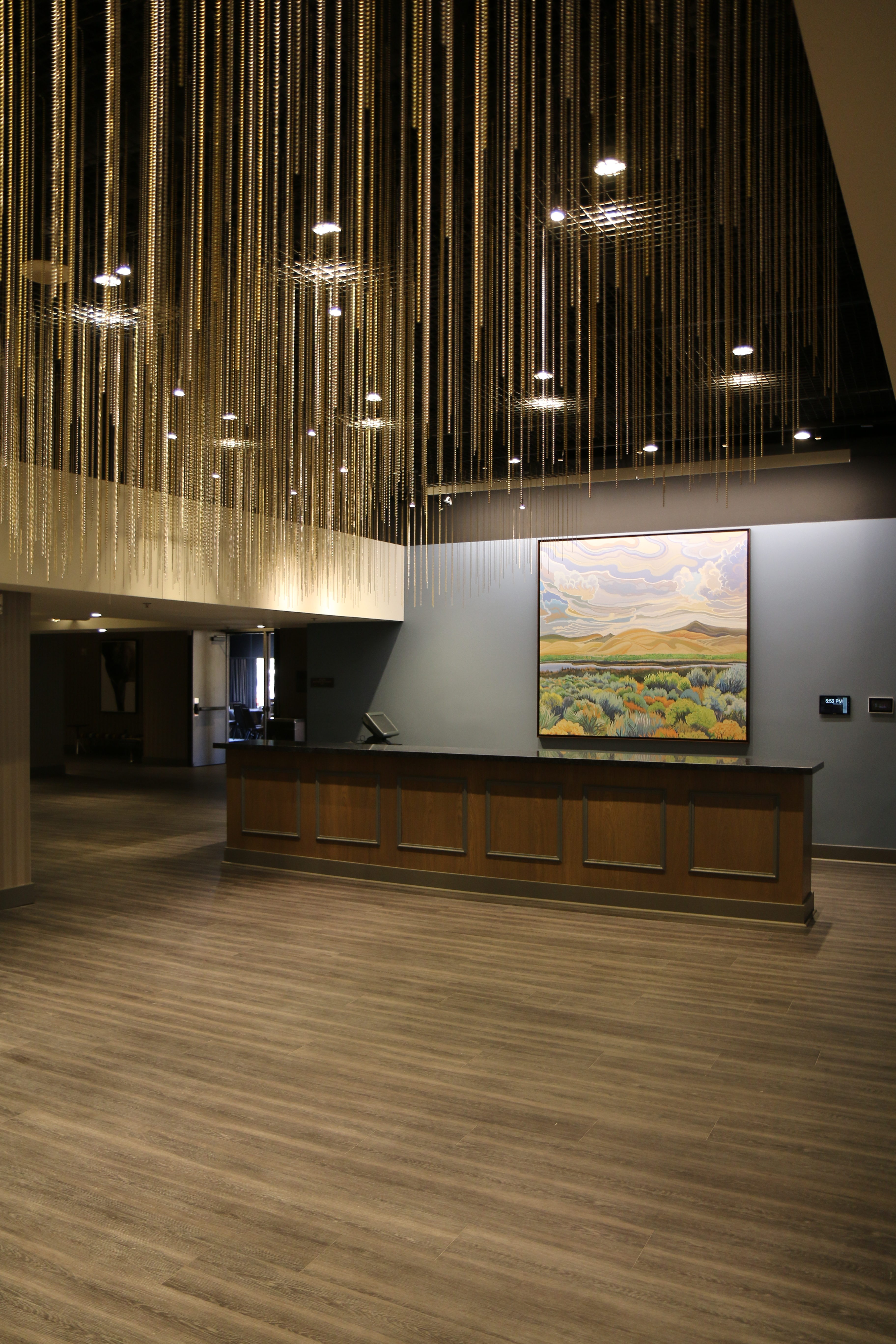 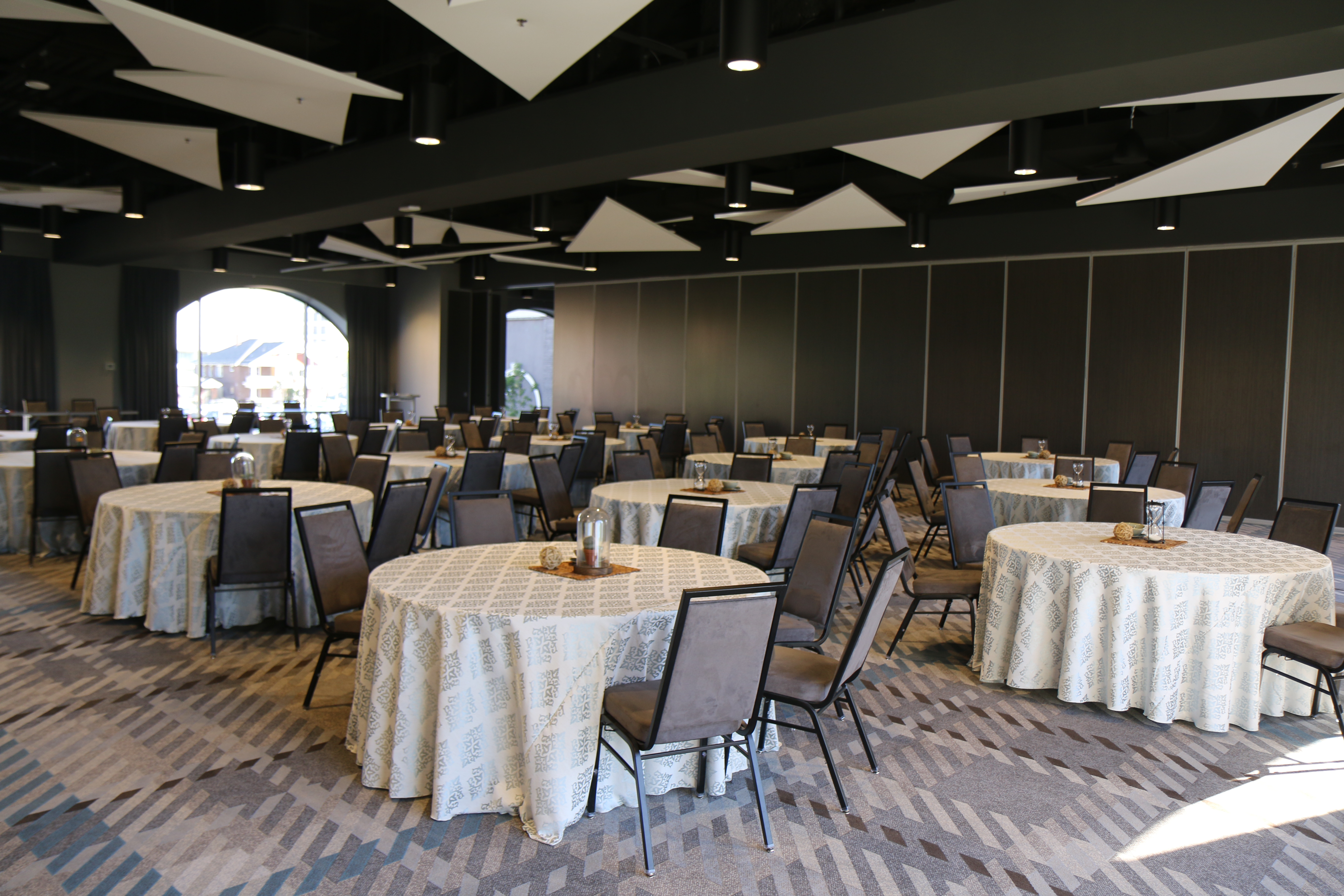 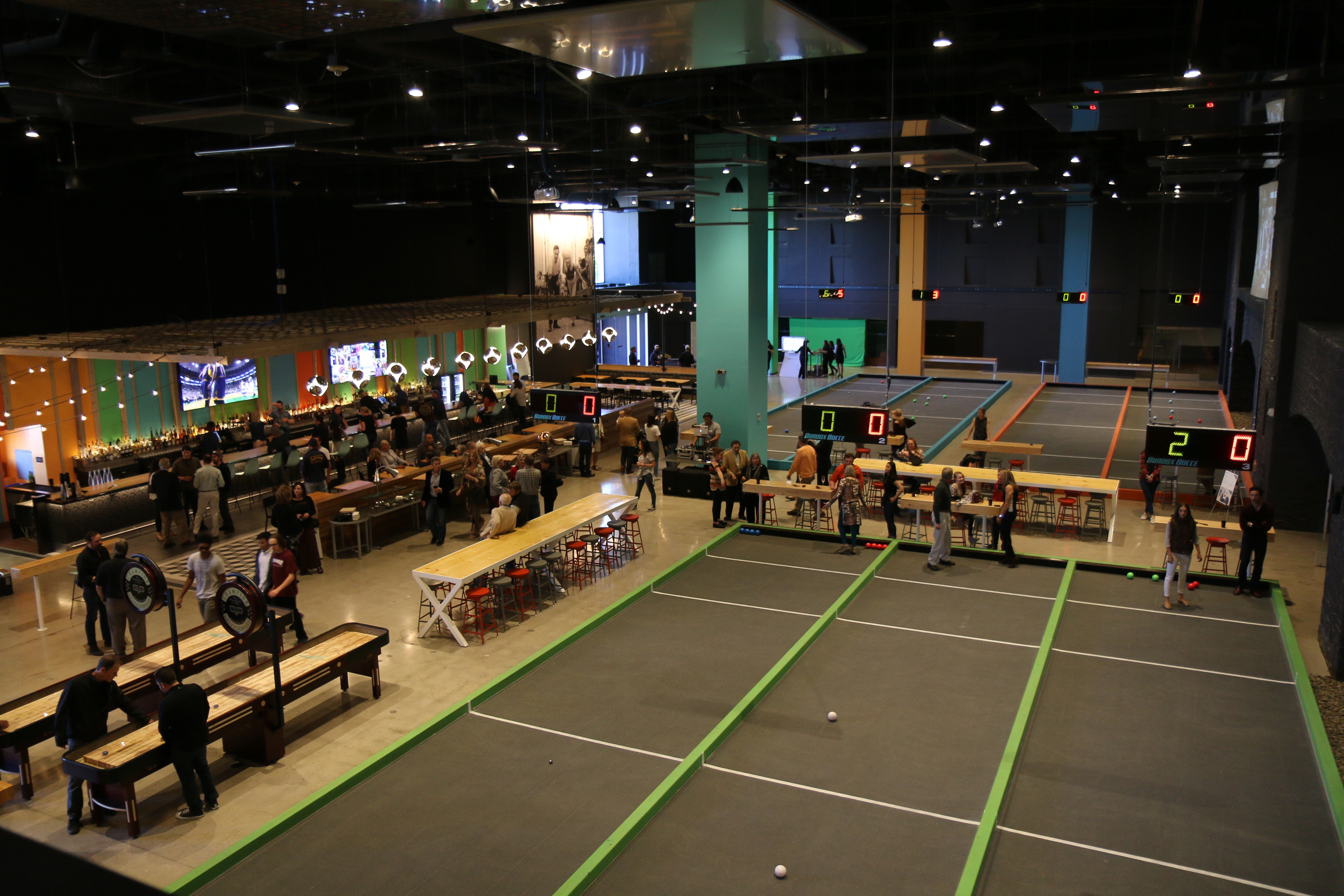 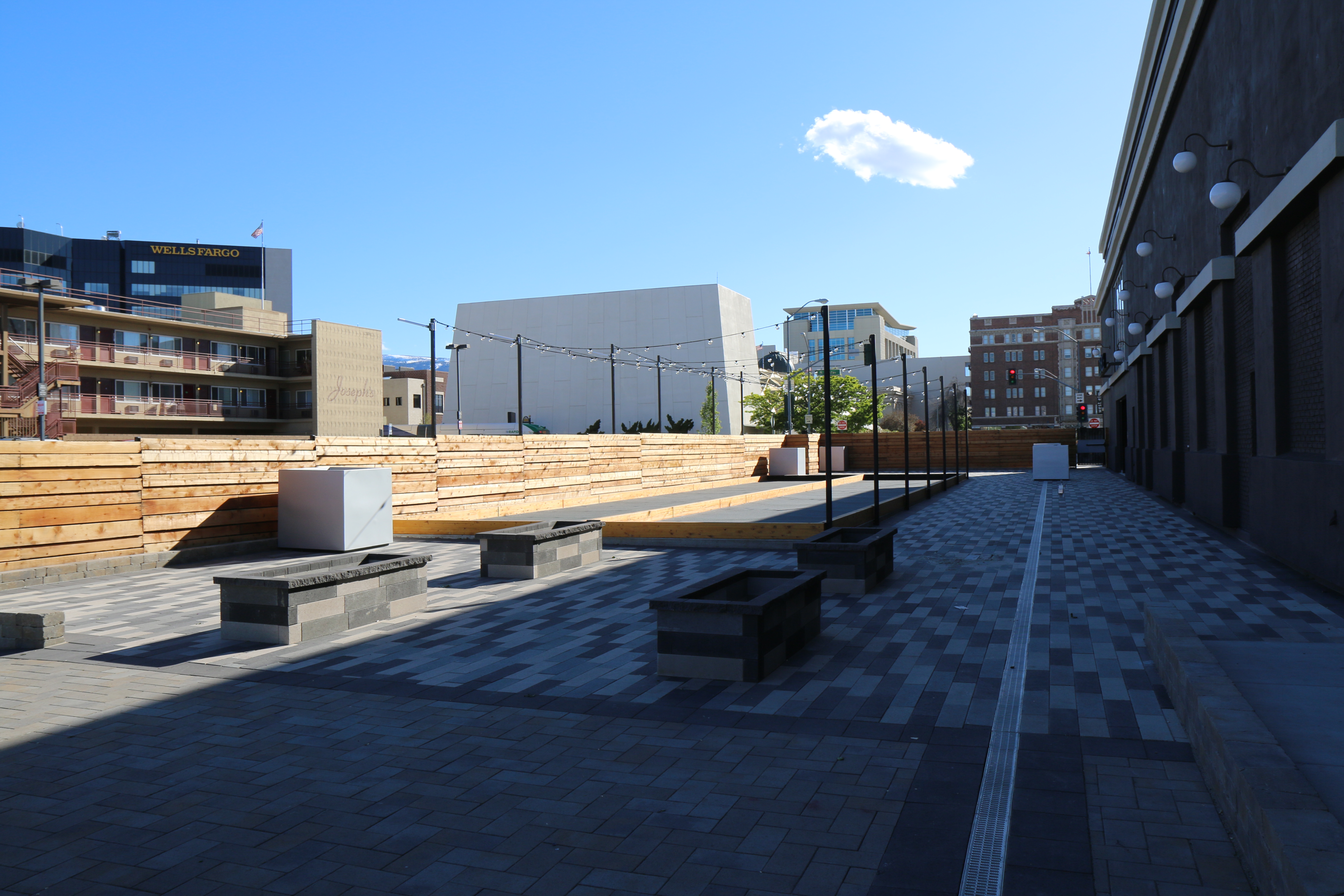 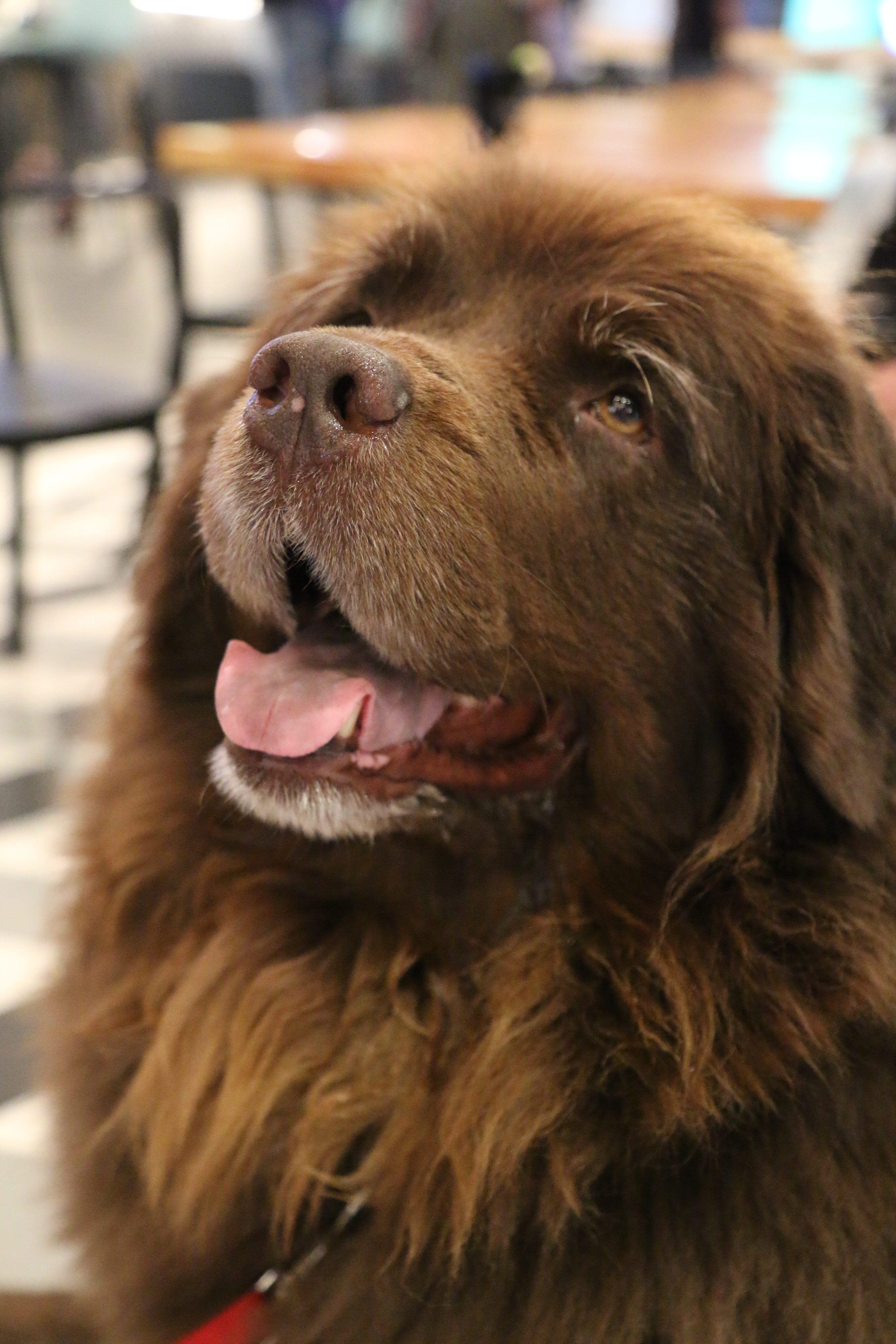 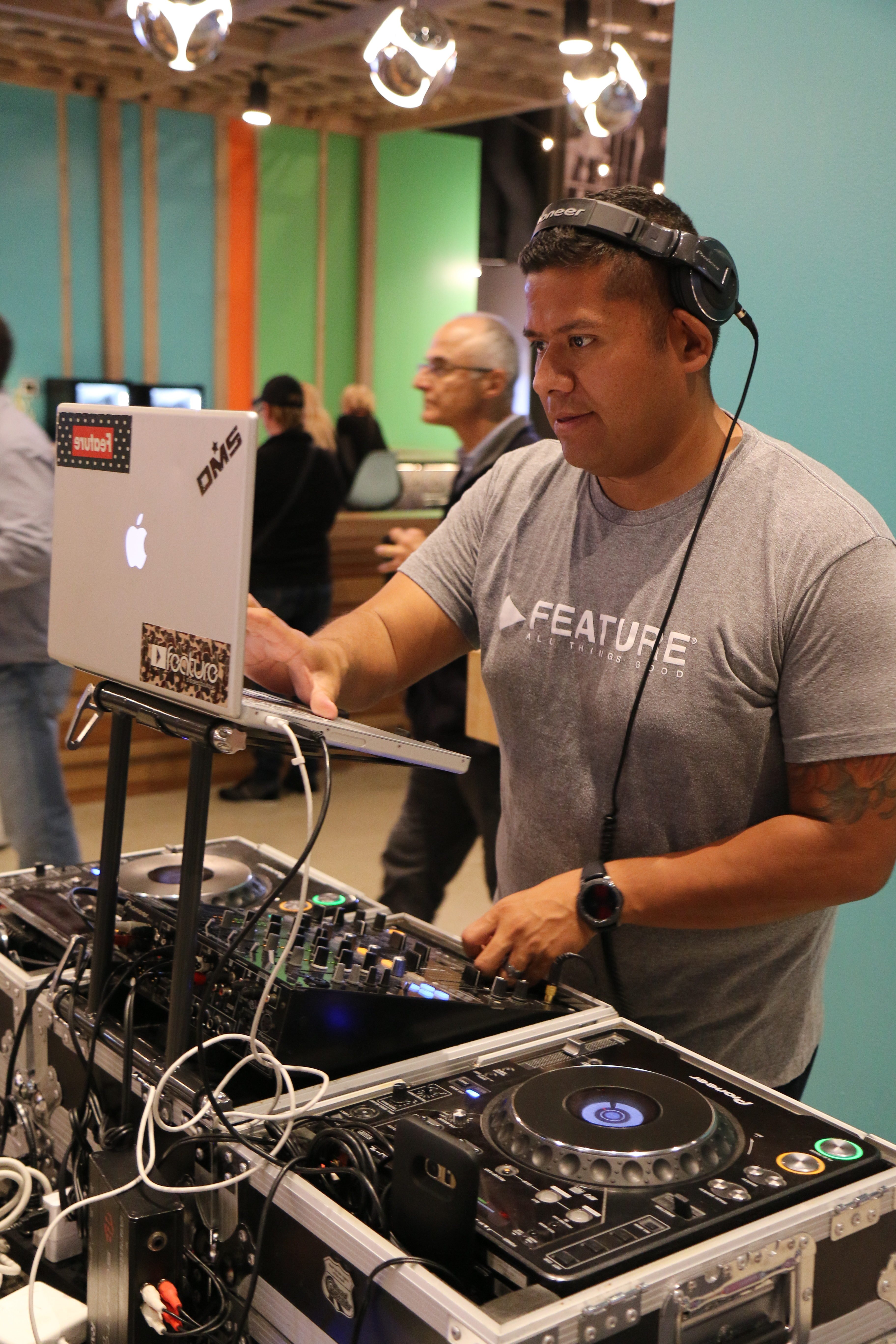 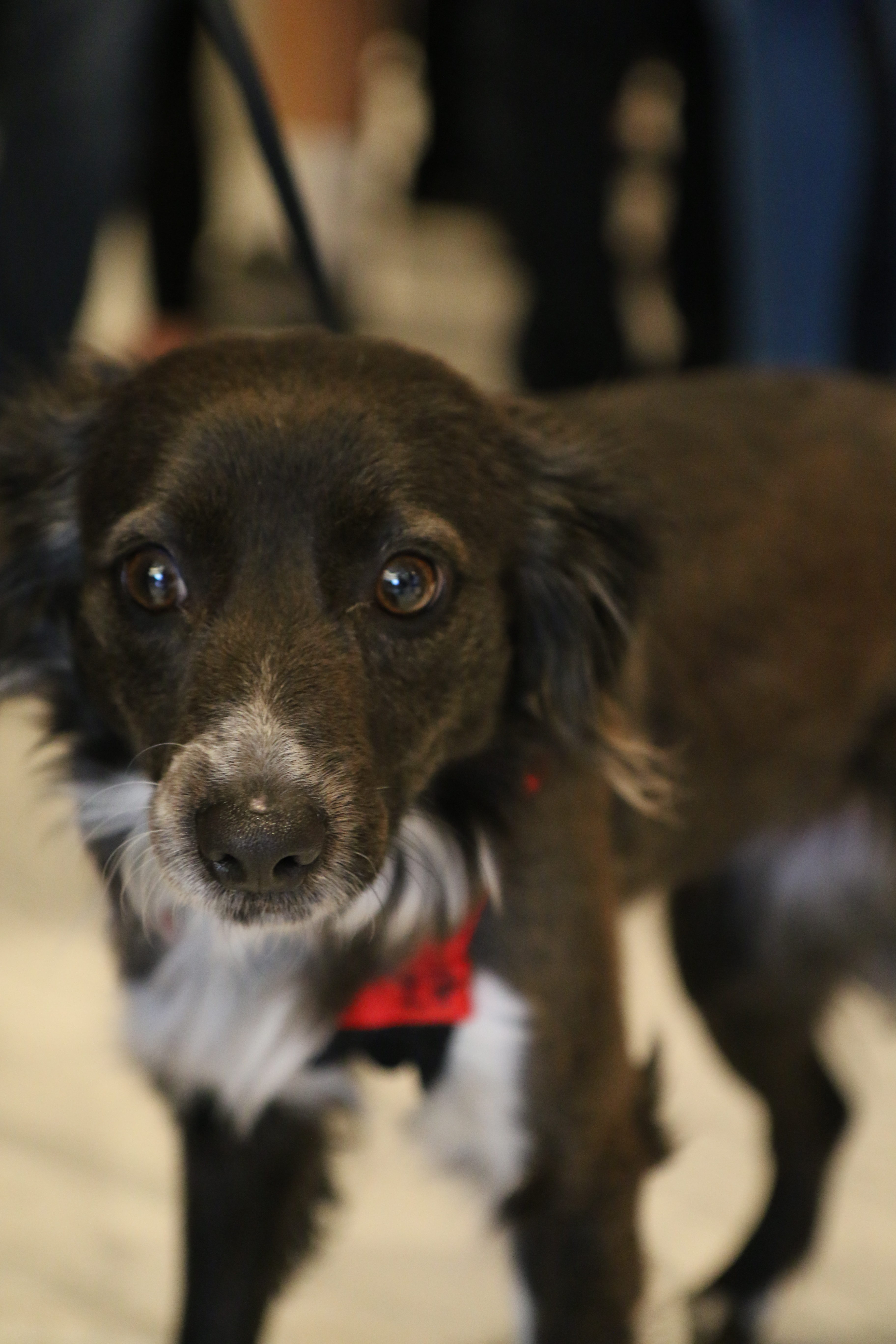 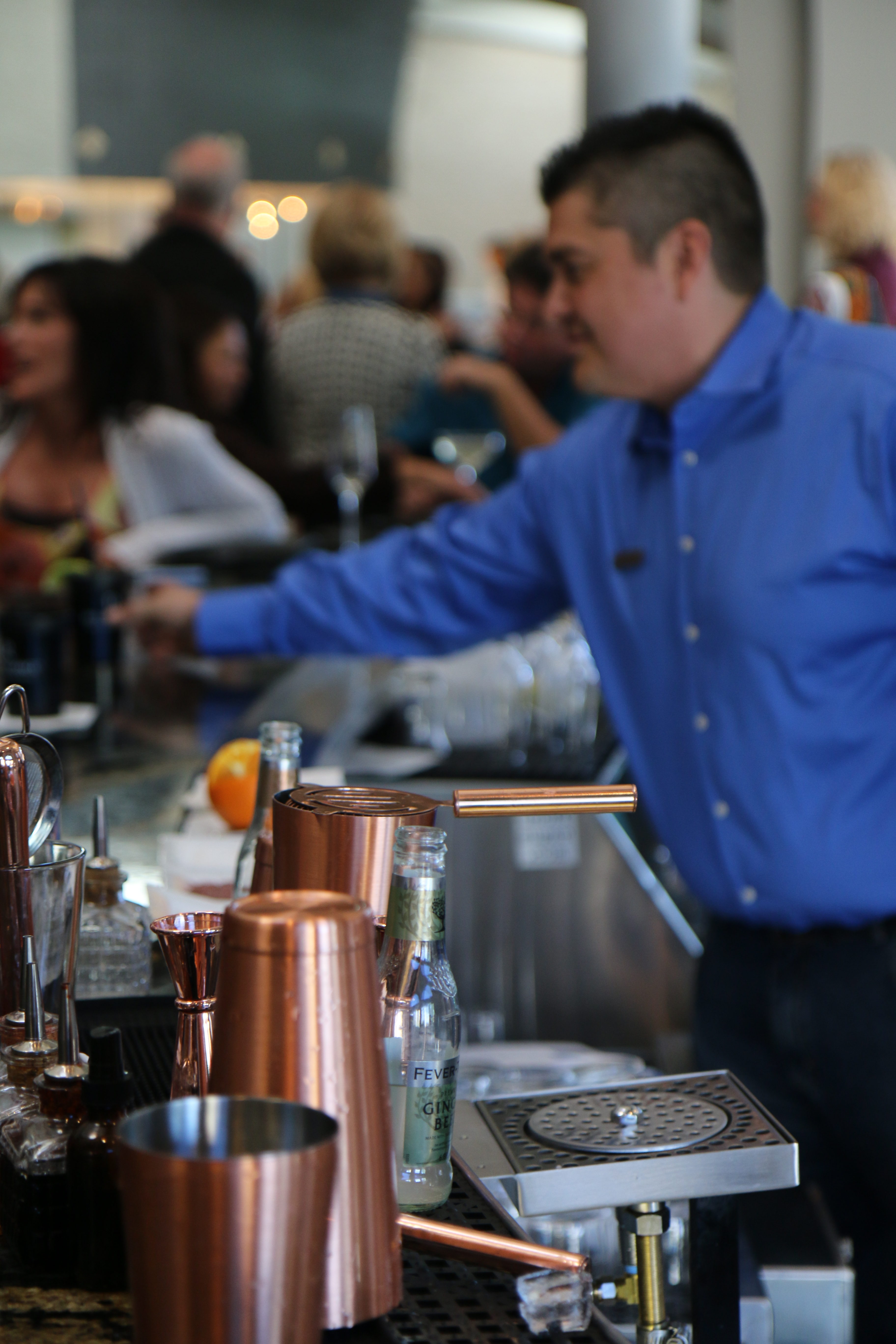 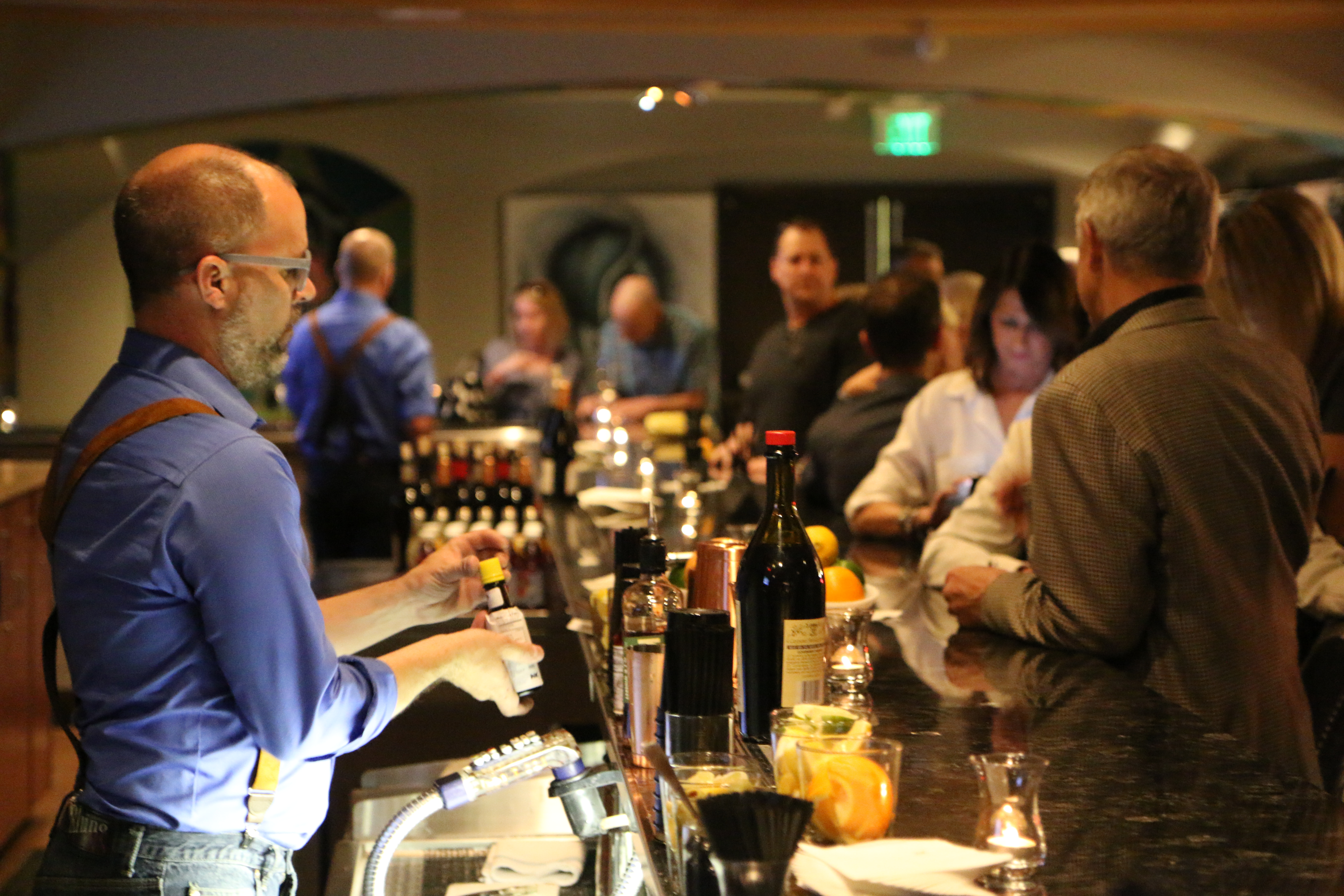 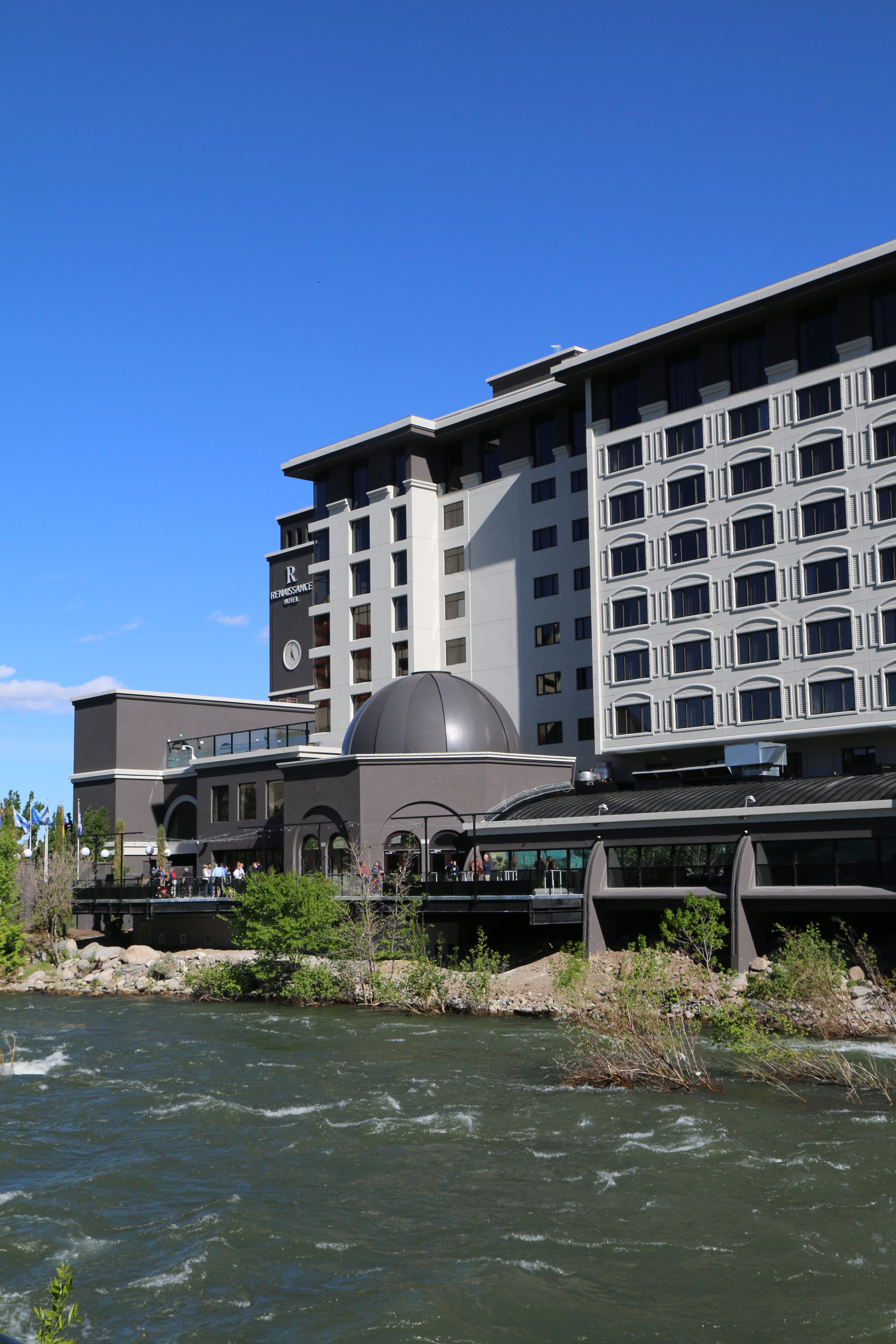 The Renaissance worldwide chain of 160 hotels is known for their mantra “Business Unusual,” focusing on providing unique and unconventional local experiences for guests. What exactly does that mean? The Washington D.C. Renaissance hotel has a bar in an elevator. One hotel room in Malmӧ is home to a giant pink elephant. The Reno location has bocce courts, a rooftop outdoor pool, and a large wall of dog tags where guests can take a tag, have it engraved, and return it to the wall, leaving their mark on the hotel.

The Reno event showcased mobile bar stations in unexpected locations, including a bar in the elevator, food tastings, beverage and food specials, local musicians – some from the hotel’s own staff – and artists painting live during the event. Throughout the hotel, the walls were covered with beautiful murals which are meant to allow guests to experience the essence of Reno. In addition to the live artists, a canvas near the lobby allowed visitors young and old to leave their mark. 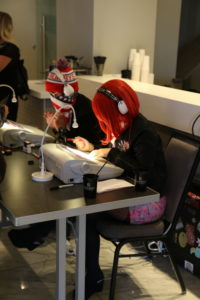 There was a surprise appearance by The Bumbys, anonymous performance artists and creators of “A Fair and Honest Appraisal of Your Appearance,” in which the artists use typewriters to playfully describe the appearance of the person standing in front of them. Starting as a social experiment in a Brooklyn subway, The Bumbys are nationally and internationally known and have performed on behalf of Microsoft, Vogue, MTV, and others. They have been featured by The New York Times, The New Yorker, CBS News, The LA Times, CBS News, ELLE, and Vogue Italia. They believe in looking for the best in people, helping people see the good in themselves with these warm and fun performances.

A pet-friendly hotel, Renaissance Reno has partnered with the SPCA of Northern Nevada to donate to the organization with each pet stay. The SPCA had adorable dogs greeting guests at the grand opening.

Who said hotels have to be boring? Instead of just creating stories, feed your curiosity at the Renaissance Reno today. 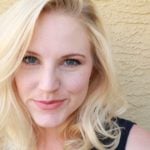 Outdoor dining with a river view