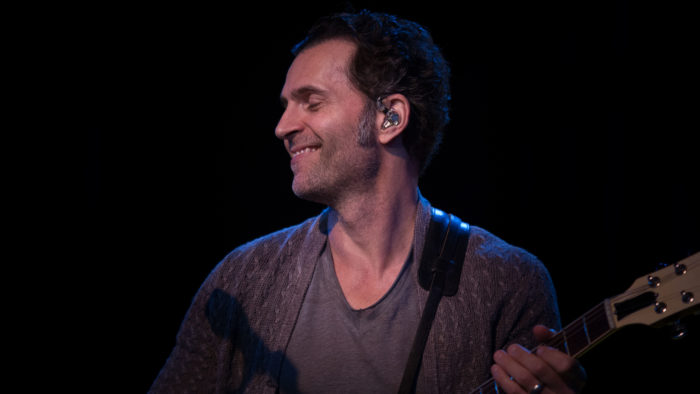 Harrah’s South Shore Room at Lake Tahoe hosted the “50 Years of Frank: Dweezil Zappa Plays Whatever The [email protected]%k He Wants – The Cease and Desist Tour 2017” (there’s a story there, Google it) Friday night.

Why don’t you hear many bands covering Frank Zappa? Because his music is too hard for most musicians to play, and it’s a little out there for some people’s taste. Not even close to your typical rock and roll, the music of Frank Zappa is closer to jazz or avant-garde. 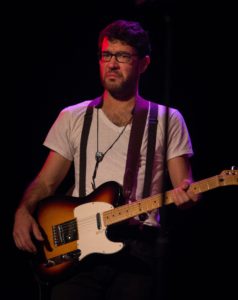 The band started off Friday’s show with five selections from Frank Zappa and The Mothers of Invention’s 1966 debut release, “Freak Out!” which set the tone for a truly atonal evening. To bring the groundbreaking nature of this album into focus you only need to know that the top ten songs of 1966 included “The Ballad Of The Green Berets,” “Cherish,” “Reach Out And I’ll Be There,” and who can forget the Monkees’ “Last Train To Clarksville.” Compare those to Zappa’s “Who Are The Brain Police?” and you see somebody that was marching to the beat of a different drummer.

The musical skills required to pull off the re-creation of these songs is of the highest level. The core of this band (Dweezil, of course; Ryan Brown on drums; and Kurt Morgan on bass) is an amazingly tight trio. For “Apostrophe” they stripped it down to this trio on stage blowing your hair back. It was a mind-blowing seven-minute presentation complete with solos by all three players. Incredible to say the least.

These songs are not one/four/five rock or blues progressions that can be worked out in an evening. These are what I would call through composed, having a compositional structure that is not based on repeating sections of music and unlike songs with stanzas having regular meter and rhyme but different music for each stanza. Maybe that’s a liberal interpretation, but they are of a highly technical and written out nature. 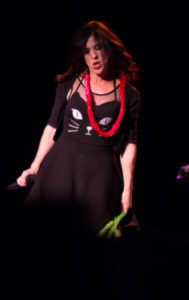 New to the mix since I last saw the band in 2015 are David Luther on saxophones, guitar, and deep, deep Frank-type vocals, and Cian Coey on vocals, percussion, and a little guitar. This girl could sing all the challenging parts in these Zappa tunes. Her looks were deceiving. She looks like a lovely demure little thing, but belts out vocals like Janice Joplin or Grace Slick with all the soul of Aretha Franklin.

After finishing their set with “The Illinois Enema Bandit” they left the stage for a much longer period of time than your normal encore interlude. It was funny to her the roars, clapping, and foot stomping in the room start to fade as the aged crowd became fatigued at its efforts to bring the band back to the stage. But return they did with a three-song, twenty-five-minute encore.

First up was a wonderful performance of “Cosmik Debris.” This was followed by the emotional highpoint of the evening with the very slow and powerful “Watermelon In Easter Hay,” off of “Joe’s Garage.” Dweezil introduced this by saying, “… this is pretty much my favorite song that my dad made… definitely one of the most brilliant improvisational guitar solos that’s ever been captured on a recording.” Late in the song Dweezil started crying and had to repeatedly wipe tears from his cheeks and eyes. It was very real and very touching.

As with the last time I saw them, the show closer was the ever-popular “Muffin Man.”

I can understand that this type of music isn’t for everybody. It is a lot to absorb and comprehend. When I was in collage as a music major, Zappa was a respected writer and his shows were acceptable as part of the required events to attend in fulfillment of your major. This was a musician’s show for sure. My thanks to Dweezil and his band for carrying the torch for the next generation to hear this music live.

They’ve been in our area four times since 2009, so if you missed this show, you’ll have another chance. Take advantage of it; you won’t regret it. 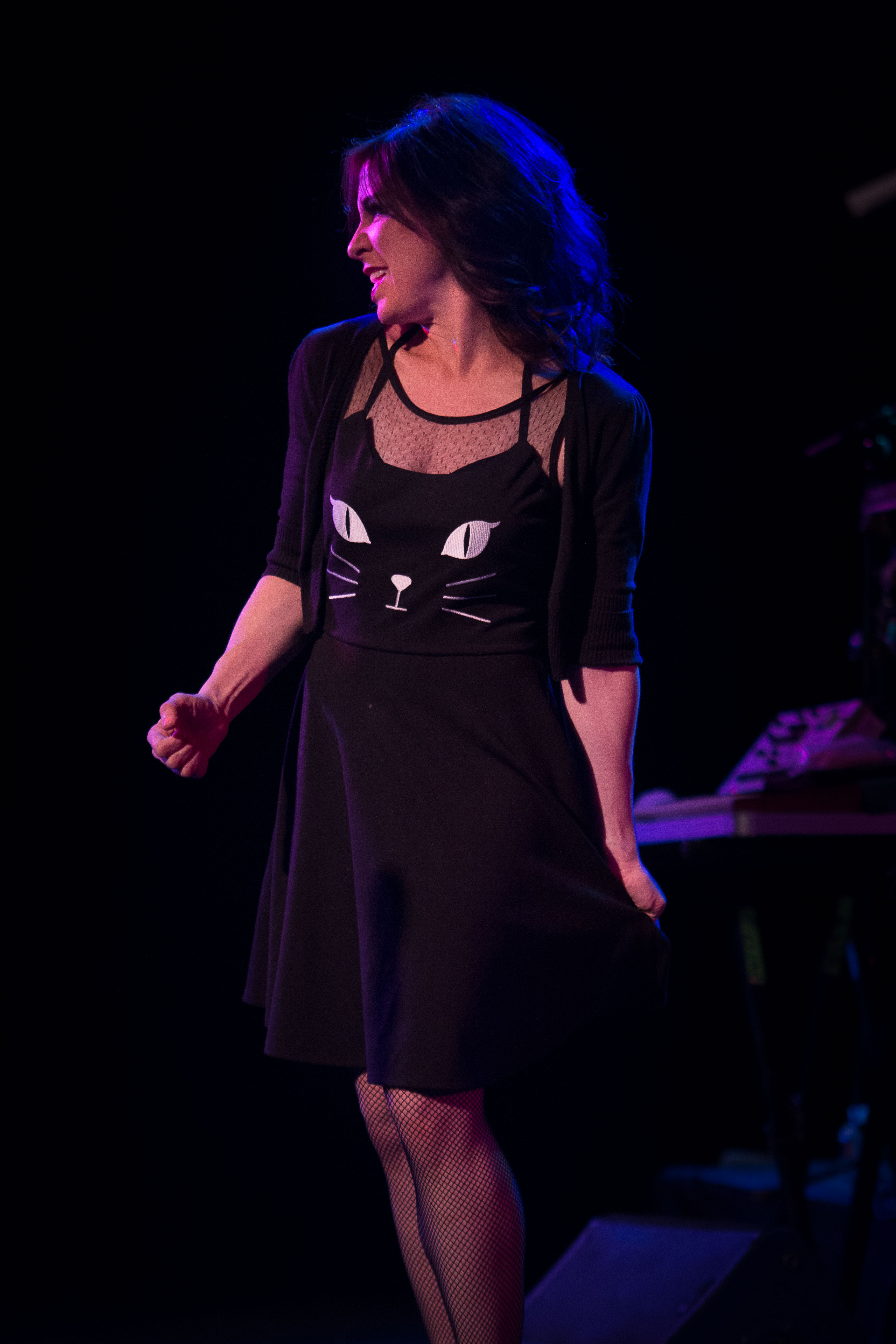 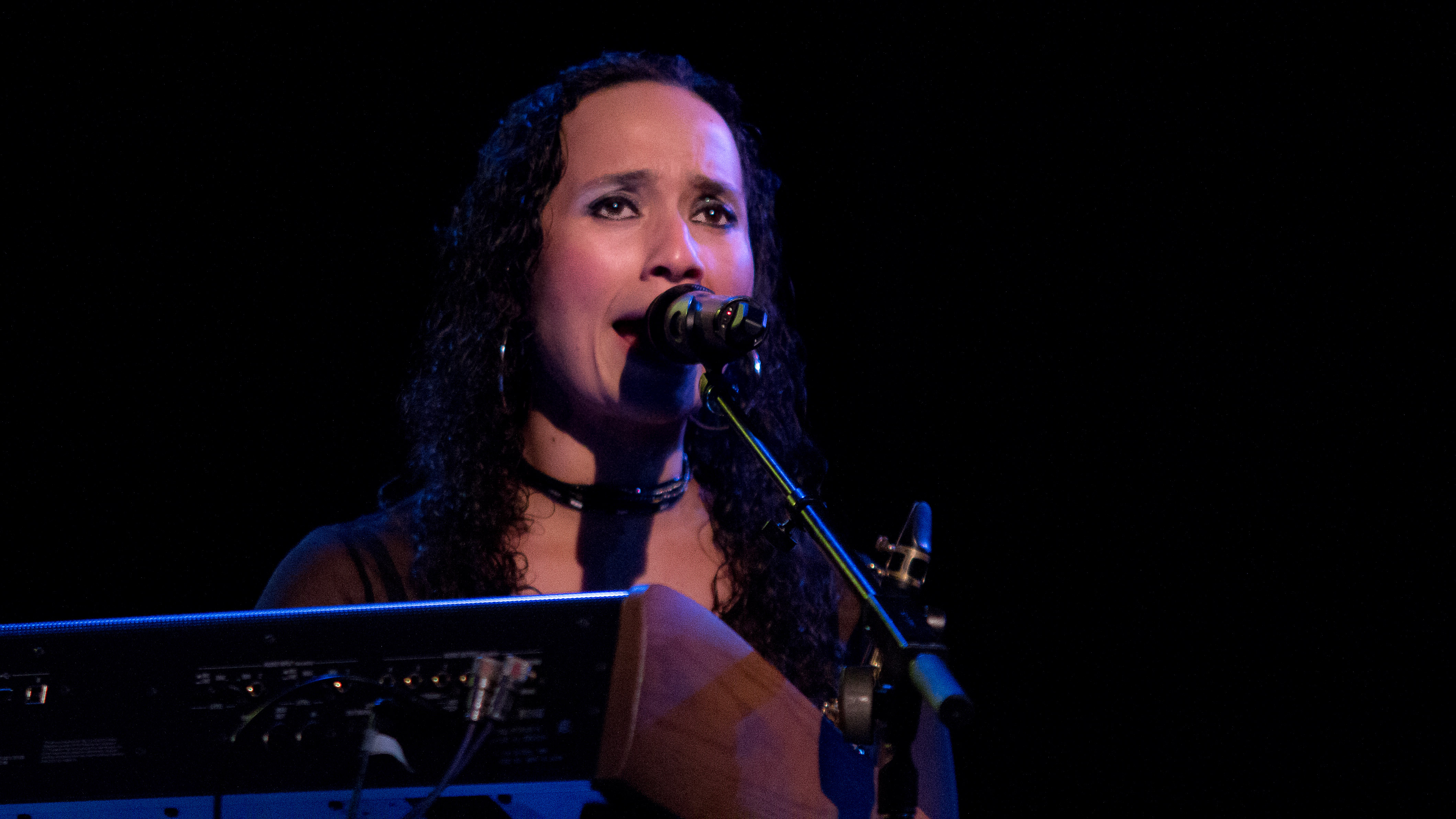 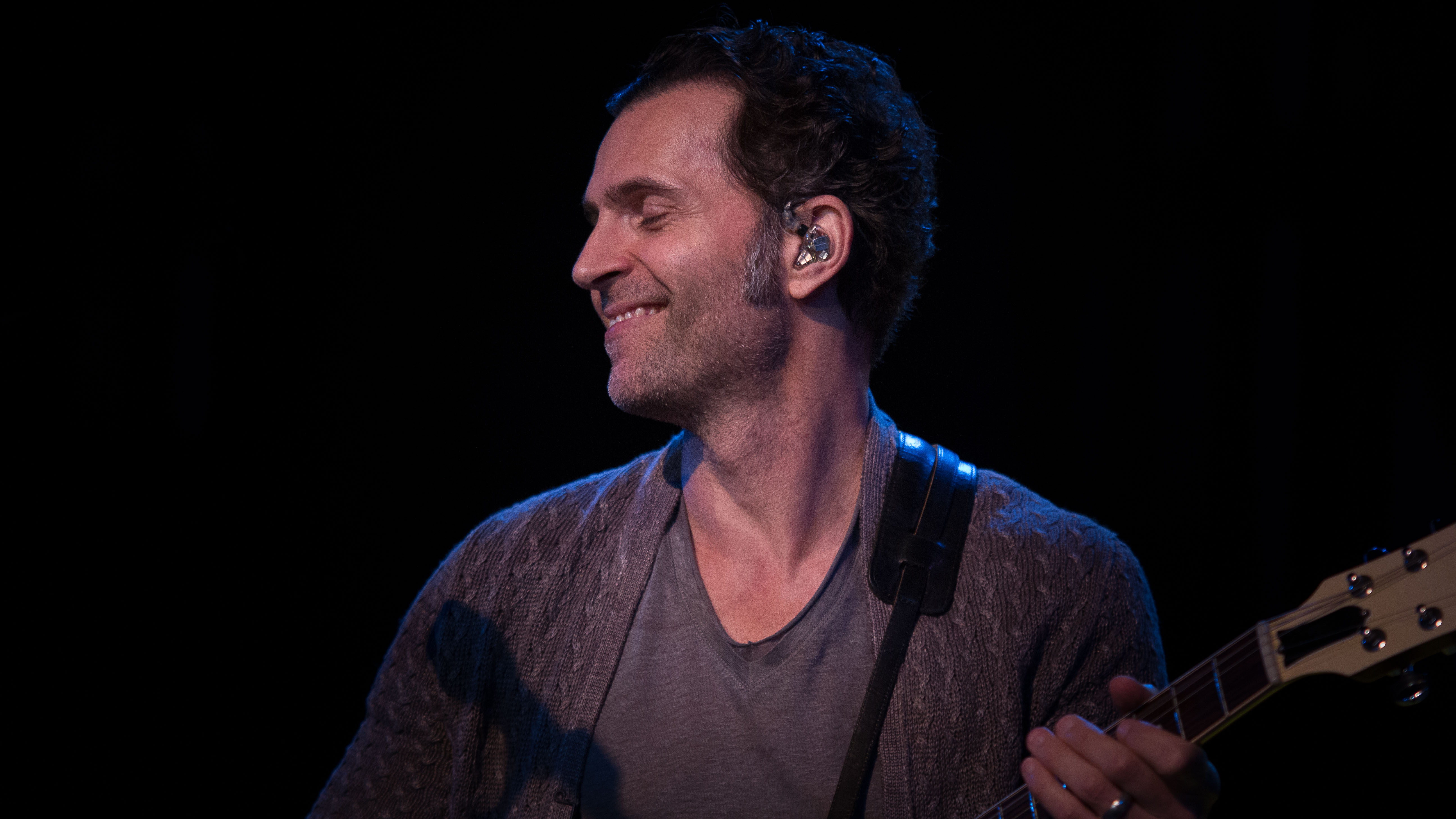 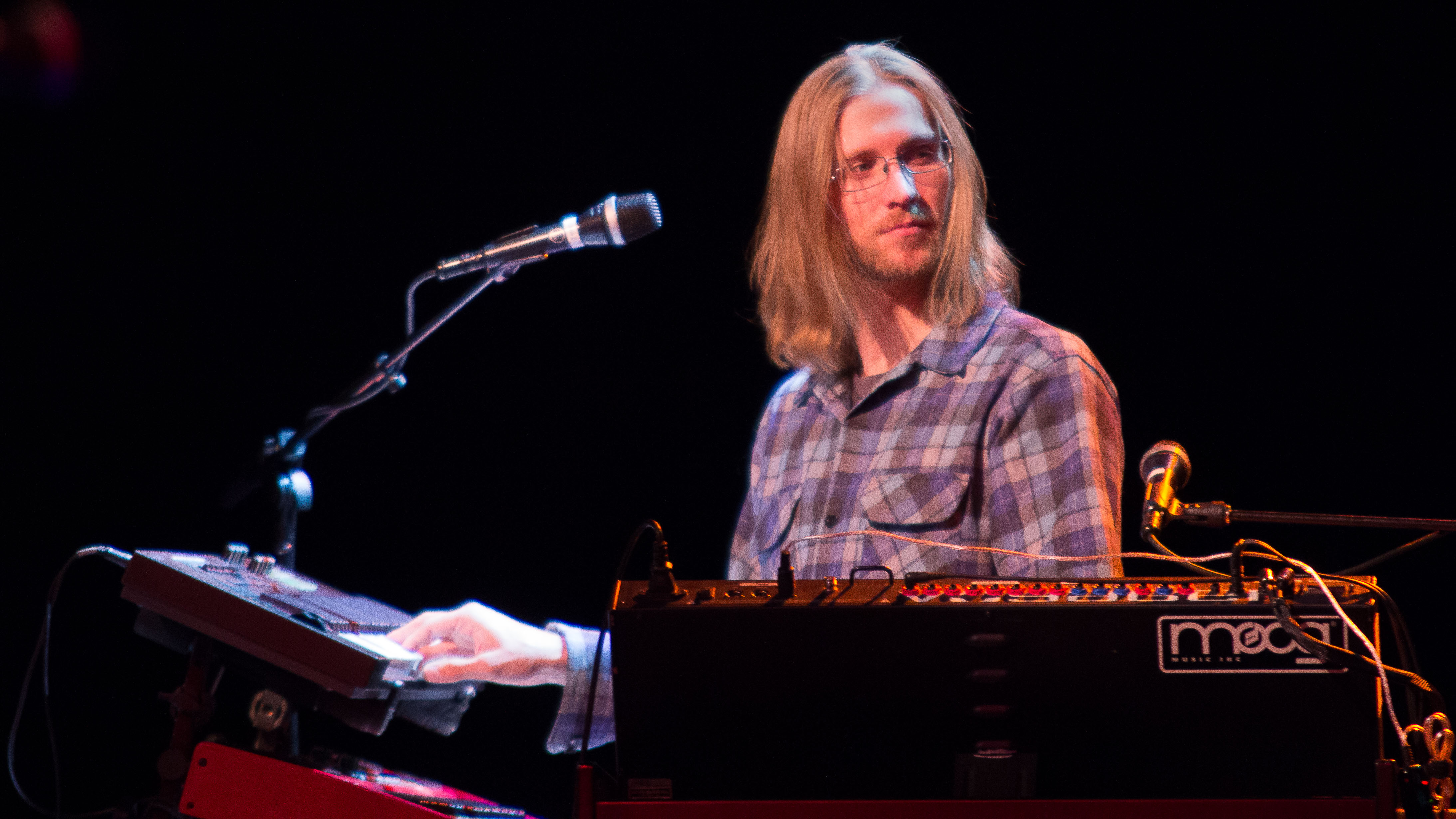 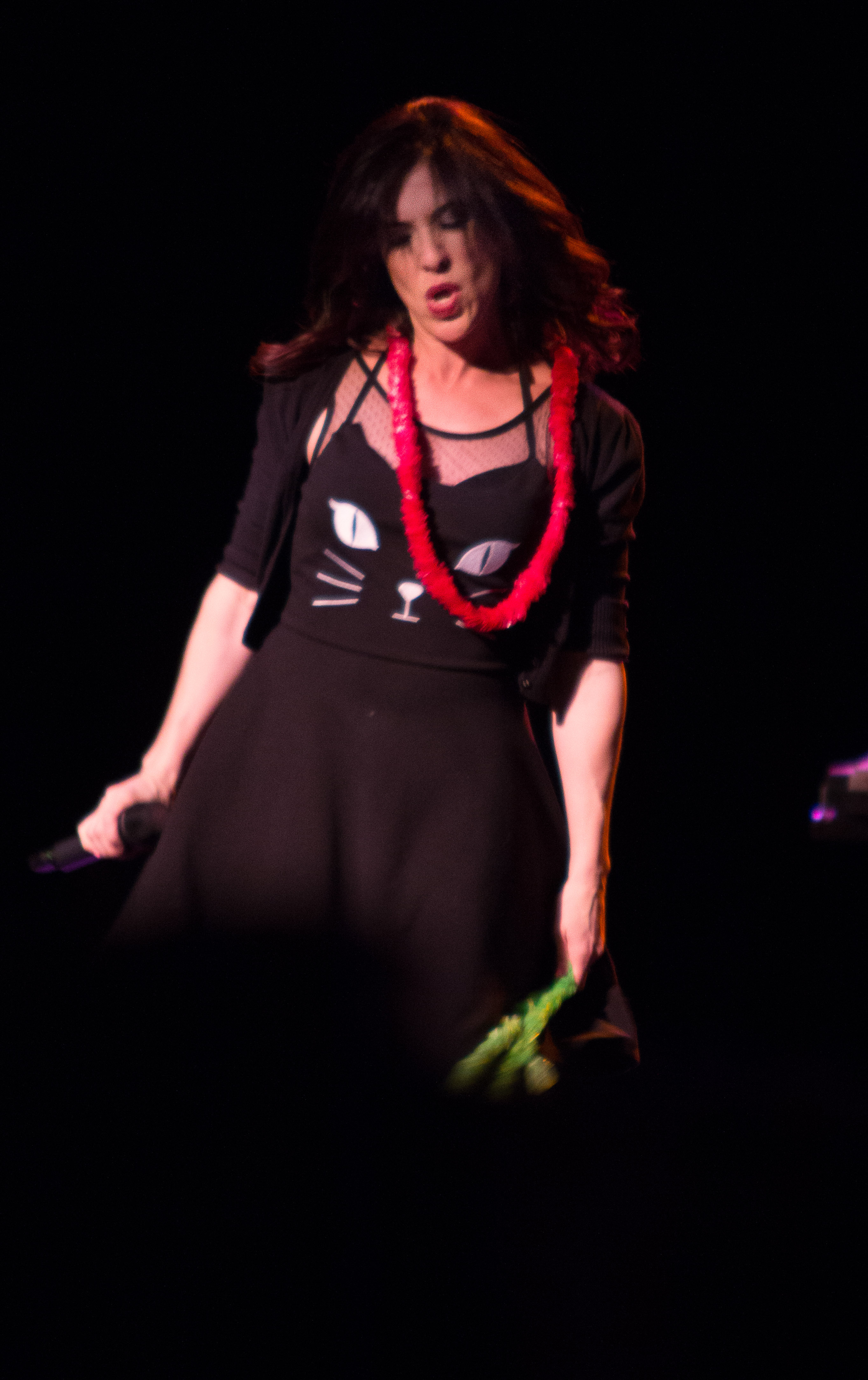 “Help, I’m A Rock”
“It Can’t Happen Here”
“You’re Probably Wondering Why I’m Here”
“How Could I be Such A Fool”
“Who Are The Brain Police”
“Selections From 200 Motels”
“Flower Punk”
“Black Napkins”
“Apostrophe Teen-Age Wind”
“Montana”
“Zomby Woof”
“Doreen”
“You Are What You Is”
“The Illinois Enema Bandit” 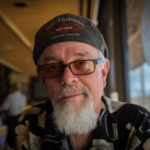 Nick McCabe is a Reno-based photojournalist and musician. He’s been shooting concerts in the Reno-Tahoe area since 2006 covering major touring acts as well as keeping up with local artists. He’s been writing articles and reviews since 2012, as well as doing interviews on occasion. His musical education and playing experience goes back to 1967. He is a founding member of the Reno Tahoe Forte’ Awards, and he still plays music locally for enjoyment. First concert: Jimi Hendrix. Last concert: we’ll see.

PHOTOS: Harrah’s Decadence is Home-Grown Burlesque at its Finest