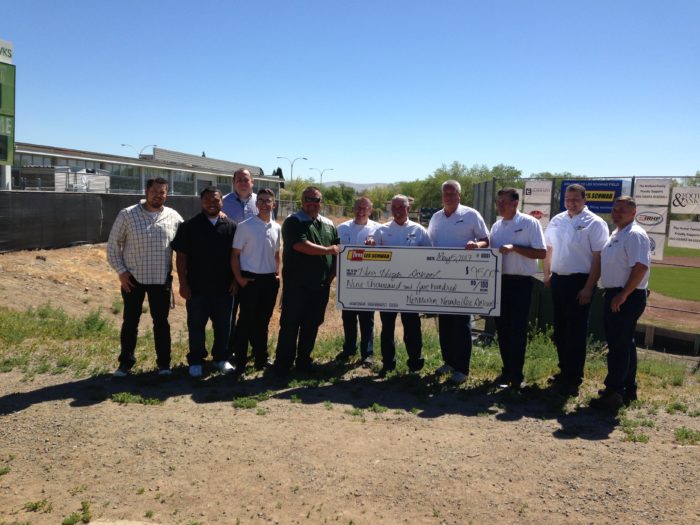 Hug High School’s baseball program recently secured a sponsorship that will assist with maintenance and beautification of the field and facility the next four seasons.

The $9,500 from Les Schwab Tire Center comes after the field fell into disrepair, making it a challenge for the team and its visitors to play.

Second-year Hug coach Trent Vass said a new fence will improve security and cut down on the amount of ground rule doubles and home runs. Improvements to the field will also cut down on erratic ball bounces due to some un-leveled spots, he said.

Vass was unsure when the last time significant work was done on the field.

“As far as I know, it hasn’t been done in several years and it wasn’t done by the previous coaching staff,” Vass said.

Dave Carlson, manager at the Les Schwab store at Silverada and Oddie boulevards, said the company helped Hug when Vass asked for a sponsorship. 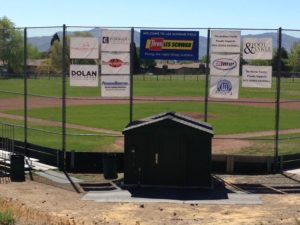 “It was what the school needed,” Carlson said. “You look at some of the other schools and they have newer, more updated facilities.”

Hawks catcher Cesar Valenzuela said the team has yet to win a High Desert League game this season. Last summer, vandals stole some equipment as well. Field upgrades will improve morale, he said.

“We won’t have the worst field in the district,” said Valenzuela, 17, a junior. “We’ll want to come out and play and look good here.”