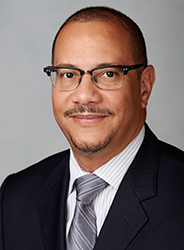 The Nevada System of Higher Education’s only pick for chancellor withdrew today from consideration for the position.

John White, interim chancellor, was noncommittal in April, according to Las Vegas Review-Journal reporting, only to withdraw his candidacy less than a month later. His contract specified he could not apply for the position, but regents reportedly wanted to appoint him anyway.

This after the top five candidates withdrew from the search.

White’s message to the Nevada Board of Regents was explicit: “Despite the failure of the search, it appears that board members are in disagreement about how to proceed; I do not wish to be caught in the middle of such a dispute.”

The chancellor search — at a cost of $100,000 this time around — was time consuming, and regents claimed that the open nature of the search was to blame for the candidates bowing out (four withdrew and one found another position).

However, two recent campus president positions were subject to the same open meeting laws, and both TMCC and DRI selected out-of-town candidates.

Regent Rick Trachok said he was saddened by White’s withdrawal.

“As I’ve stated before, I consider John to be the gold standard when it comes to performing the functions of the chancellor. I can’t speak highly enough about his contributions to NSHE and how much he has done for our students to move our higher education system forward,” he said in a statement.