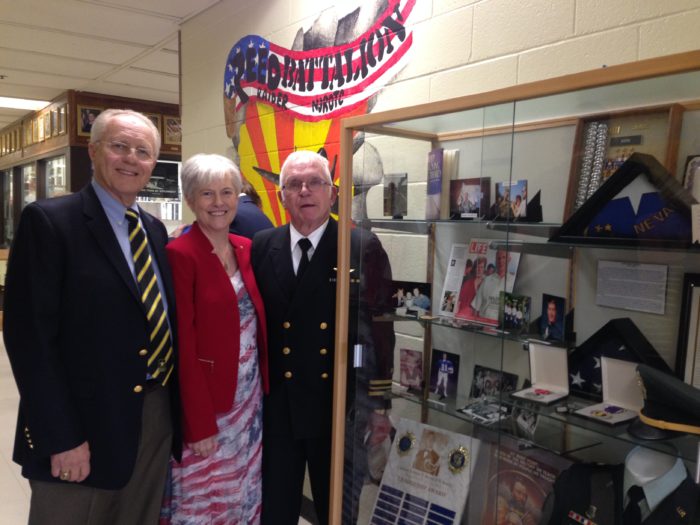 A hallway at Reed High School was dedicated Wednesday to an alum who died while serving in the U.S. Army in Iraq, as his family, former classmates, and teachers remembered him fondly.

Capt. Josh Byers, a 1992 Reed graduate who went on to graduate from the U.S. Military Academy at West Point, died July 23, 2003 when an improvised explosive device destroyed his vehicle.

The final words to his soldiers: “Keep moving forward.”

Those words are on the new signs identifying the “Josh Byers Leadership Hallway” at Reed. Also unveiled was a display case containing his uniform and ribbons, Purple Heart, Bronze Star, flags flown over the U.S. and state capitols, pictures, and other memorabilia donated by his parents.

“We’re so grateful to all of you,” said Lloyd Byers, who was wearing his son’s military identification tags before installing them in the display case. “This is such an honor.” 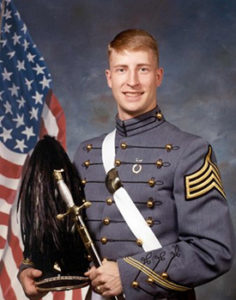 Gordon Jobe, who taught Naval science at Reed from 1974-97, recalled Byers as a class act.

“I was impressed with Josh right off the bat,” said Jobe, a Navy veteran. “He did not make a commitment he didn’t intend to keep.”

Several members of Reed’s class of 1992, who are in the process of planning their 25th reunion, said Byers will be remembered during their event in July.

Former classmate Roberto Castillo recalled Byers, who was a newcomer from Tennessee when the region was more sparsely populated and less diverse.

“Being a freshman here was tough if you didn’t fit a certain mold,” Castillo said.

“He had a deep voice and a southern accent but he blurred all lines,” Castillo said. “He was a completely unknown kid who became student body president. It was amazing. It was his personality.”

Each year since 2004, one member of Reed’s JROTC unit has received a leadership award in Byers’ name. 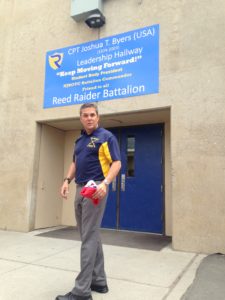 JROTC instructor Maj. Steve Tynan, who’s been at Reed the past five years, said his students chose to dedicate the hall after Byers because of the life he led and impact he had on the school.

“After reading the biography his parents wrote and hearing from people who knew and loved him, we knew we needed to find a way to honor him at our school,” Tynan said. “The words ‘Keep moving forward’ will be emblazoned in the ROTC hallway for generations of students to see and emulate.”

“Josh wouldn’t have wanted all these plaques,” Castillo told him. “He was super humble.”