Home > Featured > COUNTY: Hemlock No Threat To Public, Unless You Eat It
Featured

COUNTY: Hemlock No Threat To Public, Unless You Eat It

By Bob Conrad May 22, 2017
Poison hemlock flowering in spring along the Rappahannock River in Fredericksburg, Virginia. Image: Djtanng, Wikipedia Commons. 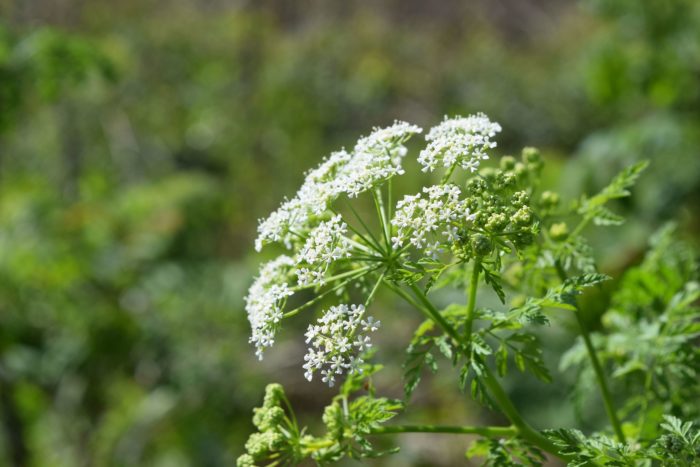 Hemlock may have killed Socrates, but it’s highly unlikely to harm you if you happen to run across it near the Truckee River.

Unless you eat it.

“It is one of many noxious weeds we have to deal with,” said Washoe County’s Colleen Wallace Barnum. “You would have to eat part of the plant in order to get (toxins) into your system. Unless you ingest it, it is not going to be poisonous or fatal to you. If you brushed up against it, you might get a minor skin irritation.”

Poison hemlock has been in county parks for some time, and there’s a sign at Dorostkar Park’s nature trail warning of a growing infestation of the weed.

Barnum said that the trail received significant flood damage so that is why the warning sign was originally posted.

“In addition, there is some poison hemlock to be aware of,” she explained.

The plant, found throughout the U.S., is native to Europe and Asia. It is poisonous to livestock and humans, and can be fatal when ingested, but cases of human poisoning are rare, according to the University of California:

“Cases of human poisoning are comparatively rare and are generally associated with children using the hollow stems as flutes or adults mistakenly confusing poison hemlock with an edible plant such as parsley, parsnip, or anise. Sensitive people may experience contact dermatitis when handling this plant.”

According to the USDA, “Sheep may be poisoned by eating as little as 100 to 500 gm of green leaves. Cattle that eat 300 to 500 gm may be poisoned. Signs usually appear within an hour after an animal eats the plant. Animals die from respiratory paralysis in 2 to 3 hours. Convulsions, which are common in western water hemlock poisoning, seldom occur with poison-hemlock.”