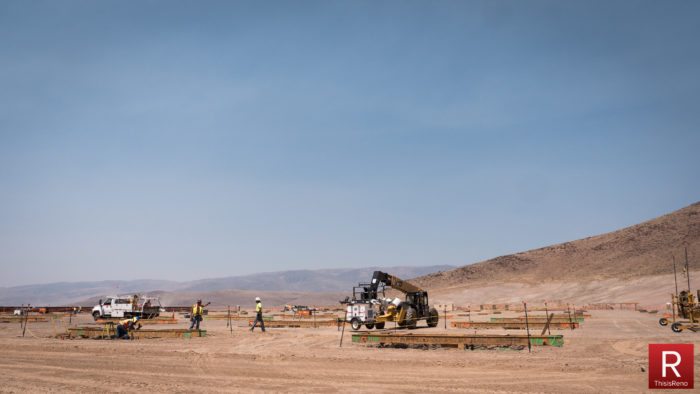 A proposal in front of the Reno City Council, to be heard on Wednesday, could potentially pipe 4,000-acre-feet of reclaimed water from Reno-Sparks’ water reclamation facility each year.

The project proposes that “TRI and Switch will build and dedicate all necessary improvements for the proposed project to TRI GID. State bond financing may be available for the cost of the project and some on-site infrastructure at (TRIC),” according to a city staff report.

However, in order to apply for those bonds, the Nevada Governor’s Economic Development has a June 2017 deadline, which means the project’s partners must quickly get an agreement in place.

“All costs, including bonds, would be the sole responsibility of TRI GID. Additionally, TRI GID will be responsible for planning, permitting, engineering and construction of all improvements within Storey County and Washoe County, including right of way acquisition and system improvements with TRI Center,” according to city staff.

A $20 million pipeline would need to be built, along with $31 million in upgrades at TRIC. The city could gain from the project, including operations and maintenance fees, but the amount has not yet been determined.

In Nevada desert, a technology firm aims to be a...