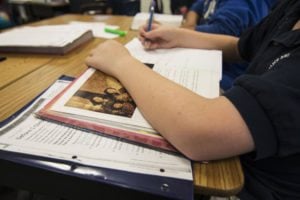 Three elementary schools originally set to go on the multi-track year-round calendar this fall due to overcrowding will stay on that schedule, Washoe County School District trustees decided after a three-hour hearing Tuesday evening.

Multi-track calendars increase a school’s capacity by 25 percent as it operates with staggered break times for four tracks of students. The year-round calendar has 15 fewer school days per year but each school day is 30 minutes longer. Additionally, there’s no fall break, winter break is two weeks instead of three weeks, spring break is one week instead of two weeks, and there are no early release days.

Trustees considered making exceptions to a board policy approved in September 2015 that automatically converts schools to the year-round calendar if expected capacity will be 120 percent or more of base enrollment. The board made a decision last month to keep Brown Elementary on a balanced calendar, despite the school nearing 140 percent capacity. 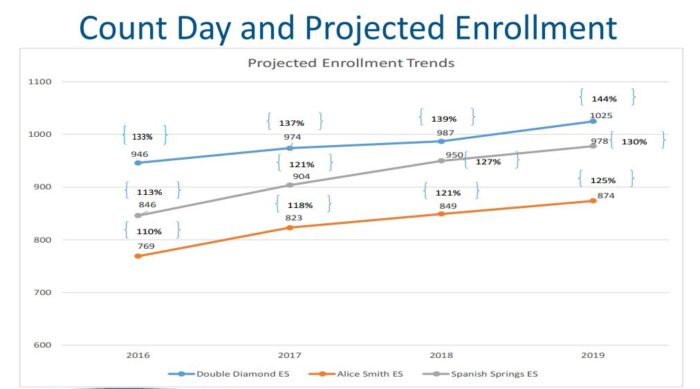 The public was divided on the year-round calendar. Those who supported it noted potential safety hazards associated with crowding, better learning environments, and additional growth that could occur beyond district projections.

Jon Rouse, who has a child at Alice Smith and a younger child who will attend there in the future, told trustees he was disappointed they were considering putting Smith on the balanced calendar after agreeing to put it on the year-round calendar a few months earlier.

“We decided as a committee we wanted to go year-round,” Rouse said. “Now all of a sudden, we were called to reconvene.”

“There’s the human factor and emotional stress,” Mason said. “Some people have made vacation plans and arranged for airfare.”

Those who supported a balanced calendar said it’s easier for families who have children in elementary and secondary school to be on the same schedule. Also, they said off-track childcare costs can add up, off-track students miss certain school events, and it can be hard for children who struggle with schedule changes.

Spanish Springs parent Stephanie Reddig urged trustees to back a balanced calendar, which she said keeps families together. She also said one of her children has difficulty with transitions.

“They’ll get into a routine just to go off track and get interrupted,” Reddig said. 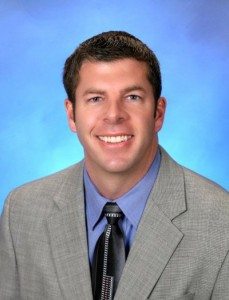 Trustee Scott Kelley said he requested in February that the calendar be brought back to the board, since School Overcrowding Management Plans were written before Washoe County question 1 passed in November. Surveys were sent to parents and schools’ staff during the last week. Meetings at individual schools were also held.

“This required us to look at the policy and revisit situations with that in mind,” Kelley said. “I love that there’s so many people who’ve come to speak about this. We like this kind of feedback. We have data and projections, but when people speak, it gives us the emotional side of things as well.”

Trustees voted 5-1 to affirm an earlier vote to keep Smith and Double Diamond on the year-round calendar, with Kelley dissenting and trustee Malena Raymond absent. The vote was 3-3 on Spanish Springs, which meant the previous decision to go year-round would stand. Trustees Angie Taylor, John Mayer, and Veronica Frenkel voted for the year-round calendar. Trustees Katy Simon Holland, Debra Feemster, and Kelley supported the balanced calendar.

Mayer said the decision on Spanish Springs was the toughest.

“It’s a toss up,” Mayer said. “People call me for the balanced calendar and then I’d hang up and the next call is for the multi-track year-round calendar.”

WC-1 will build new schools and refurbish aging ones. Funds raised from the 0.54-percent sales tax increase can only can go toward construction of and restoration of facilities. This money cannot be used for teacher or administrator salaries or other school operations.

A new elementary school is planned for south Reno, with an opening date of fall 2019, which will alleviate crowding at Double Diamond and neighboring schools.

A new middle school is also expected in fall 2019 in Spanish Springs, which will house sixth through eighth graders. Removing sixth graders from elementary schools will clear up space at such schools areawide. Additionally, a new middle school is planned for Sun Valley in fall 2019. Such construction should permit year-round schools to return to the balanced calendar.