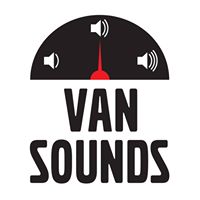 “Van Sounds,” a Reno-based podcast by Gardnerville native Fil Corbitt, was recently named “Best Offbeat Adventure Audio” by Outside Magazine. The list, titled “The Best Podcasts of Spring” also includes notable national podcasts including “S-Town” (by creators of “Serial” and “This American Life”) and “She Explores.”

Outside Magazine’s article explains, “…[“Van Sounds”] is entirely unique. It’s hard to give a more cohesive description than this: roving multimedia enthusiast Fil Corbitt publishes short audio postcards weekly and longer dispatches monthly from wherever he is… It’s often a lesson about music or sense of place, and it’s always an aural escape.”

“Van Sounds” was started in August of 2013. Corbett toured with Reno bands, combining experimental audio reporting with music and travel, anywhere from the Great Basin such as the hip-hop scene in Ely, Nev., to international destinations with the next episode covering samba-punk in São Paulo, Brazil.

“Van Sounds” previously had national exposure when a six-part series was featured on “The Dirtbag Diaries,” a popular outdoor podcast supported by Patagonia.

You can find “Van Sounds” online at http://www.vansounds.org, or subscribe on iTunes.