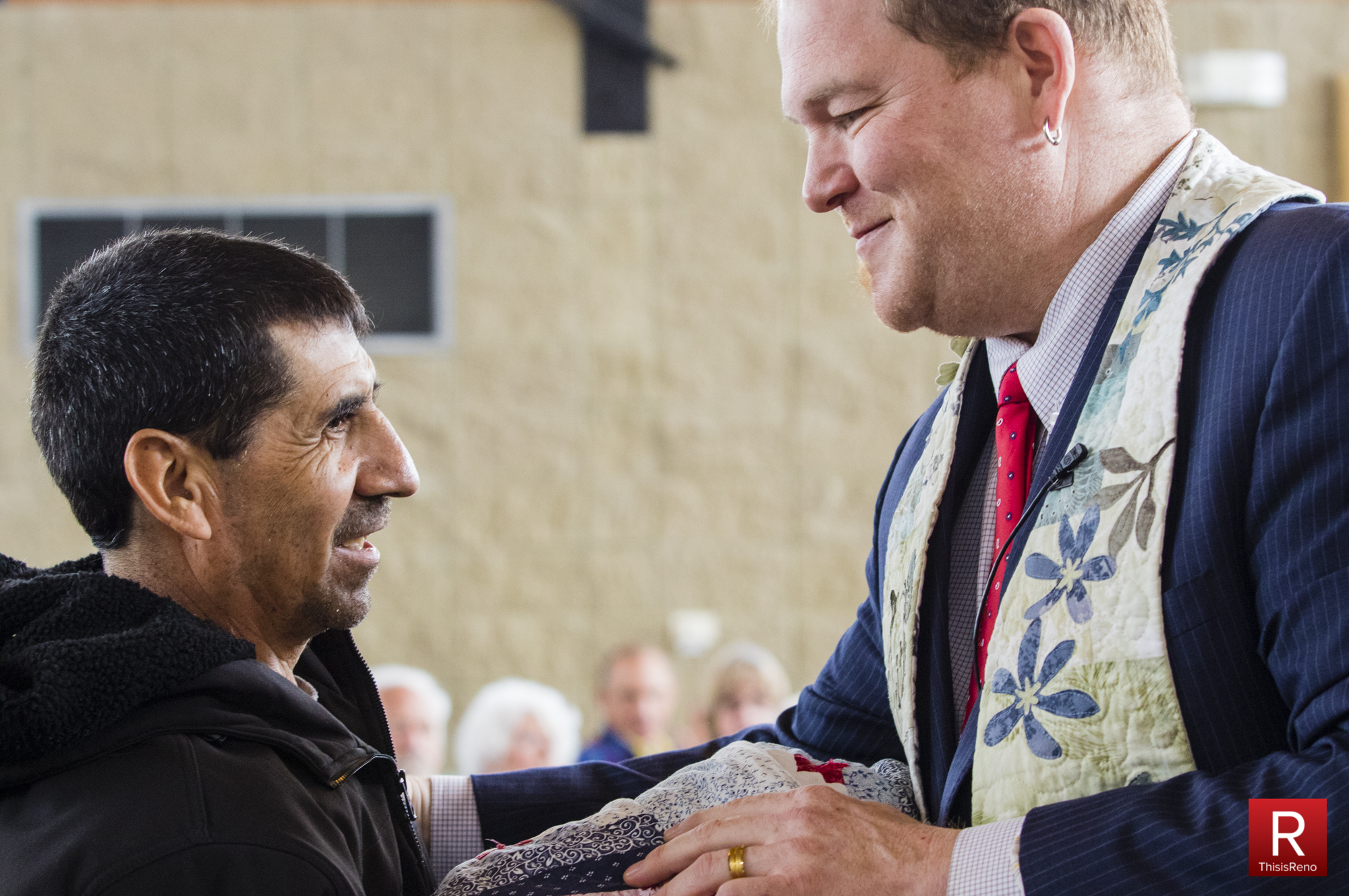 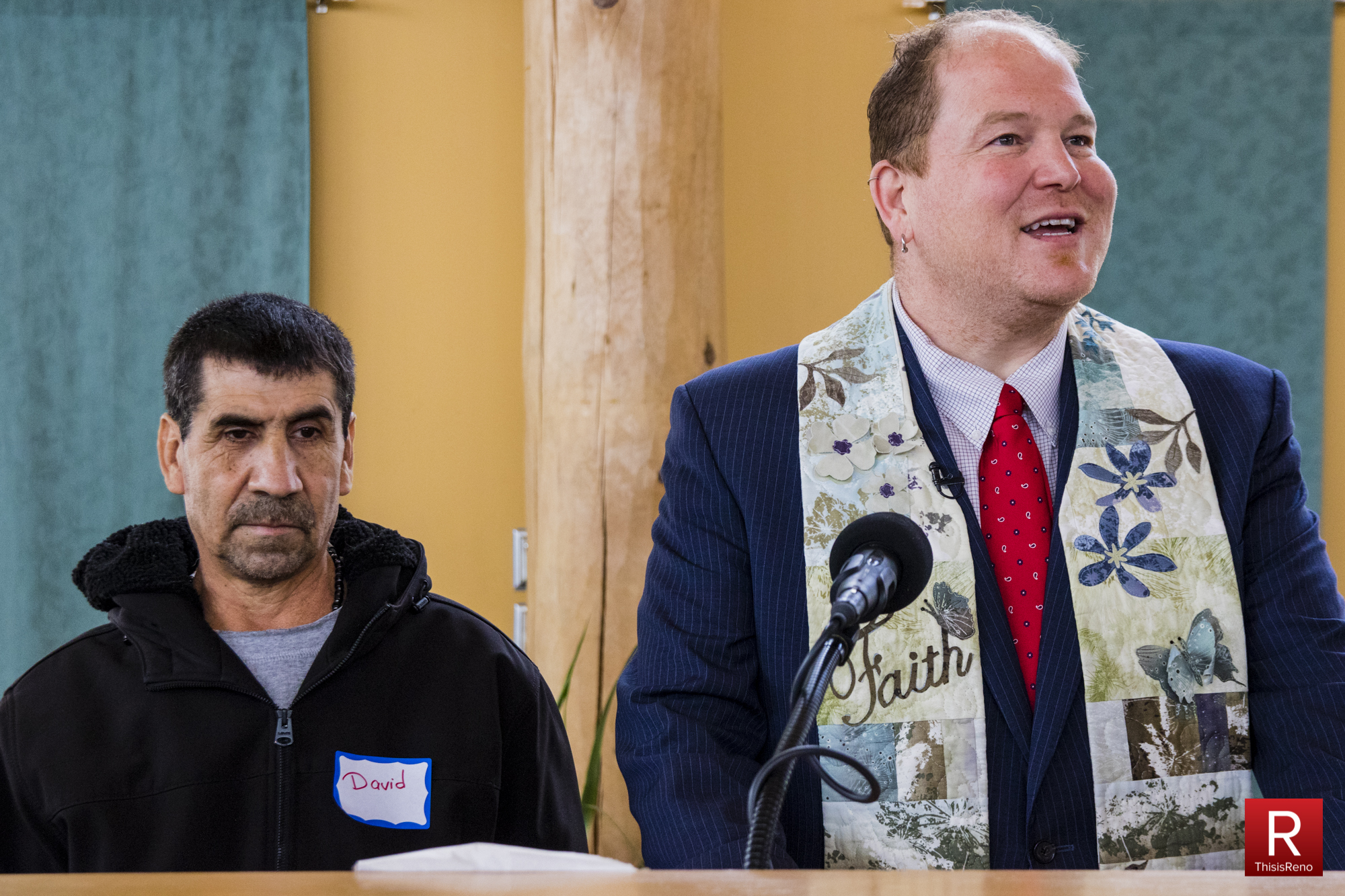 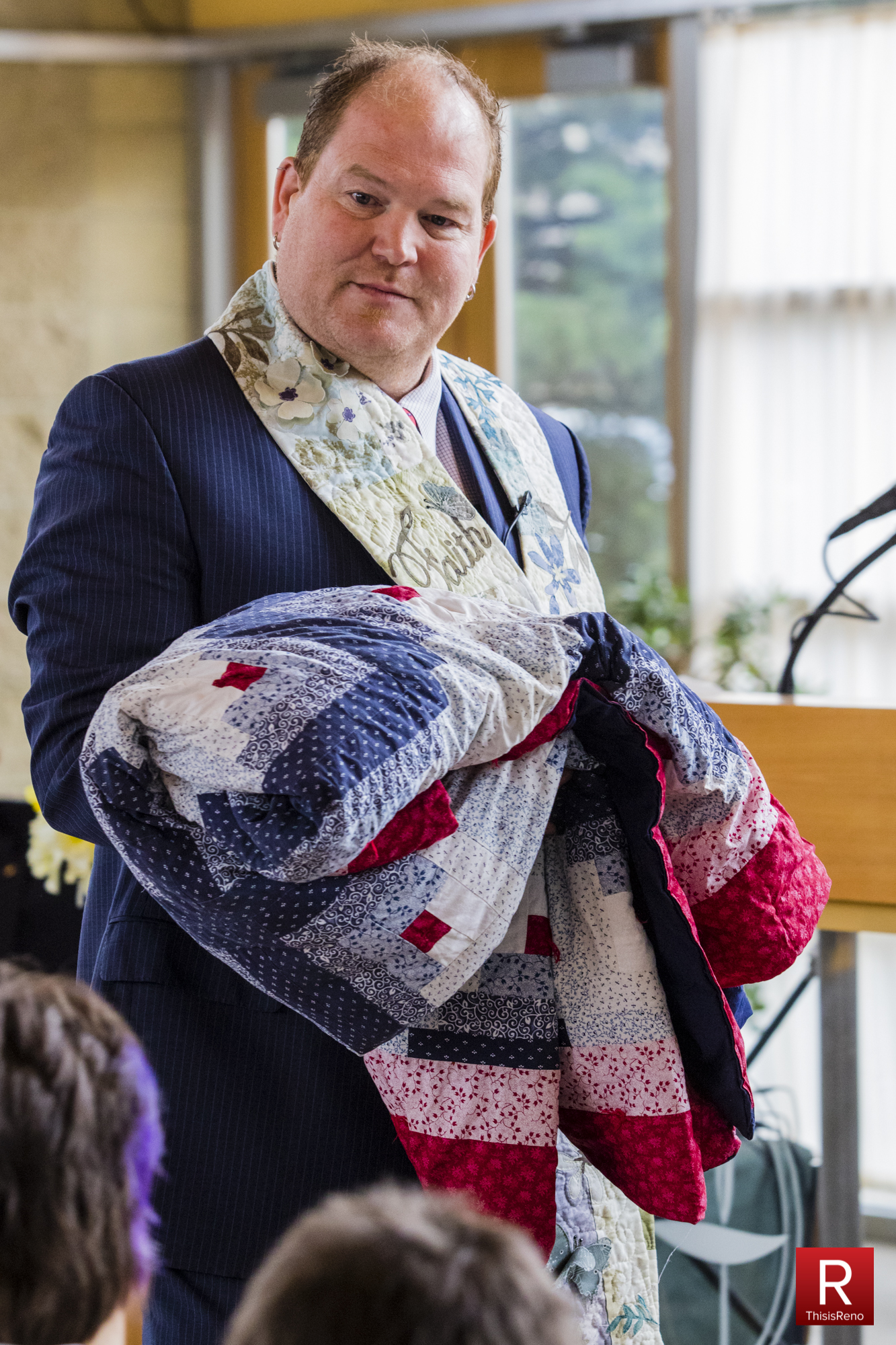 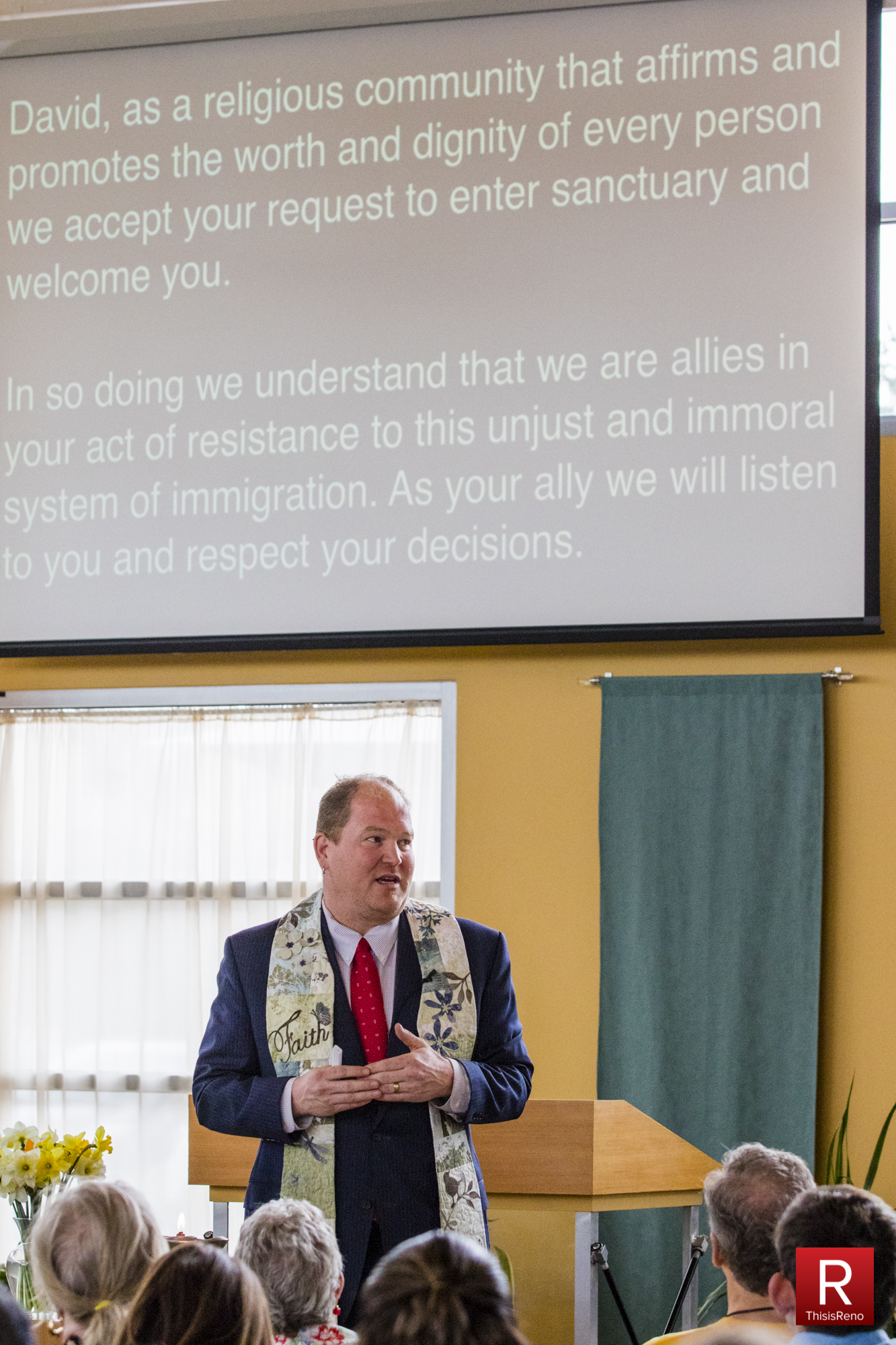 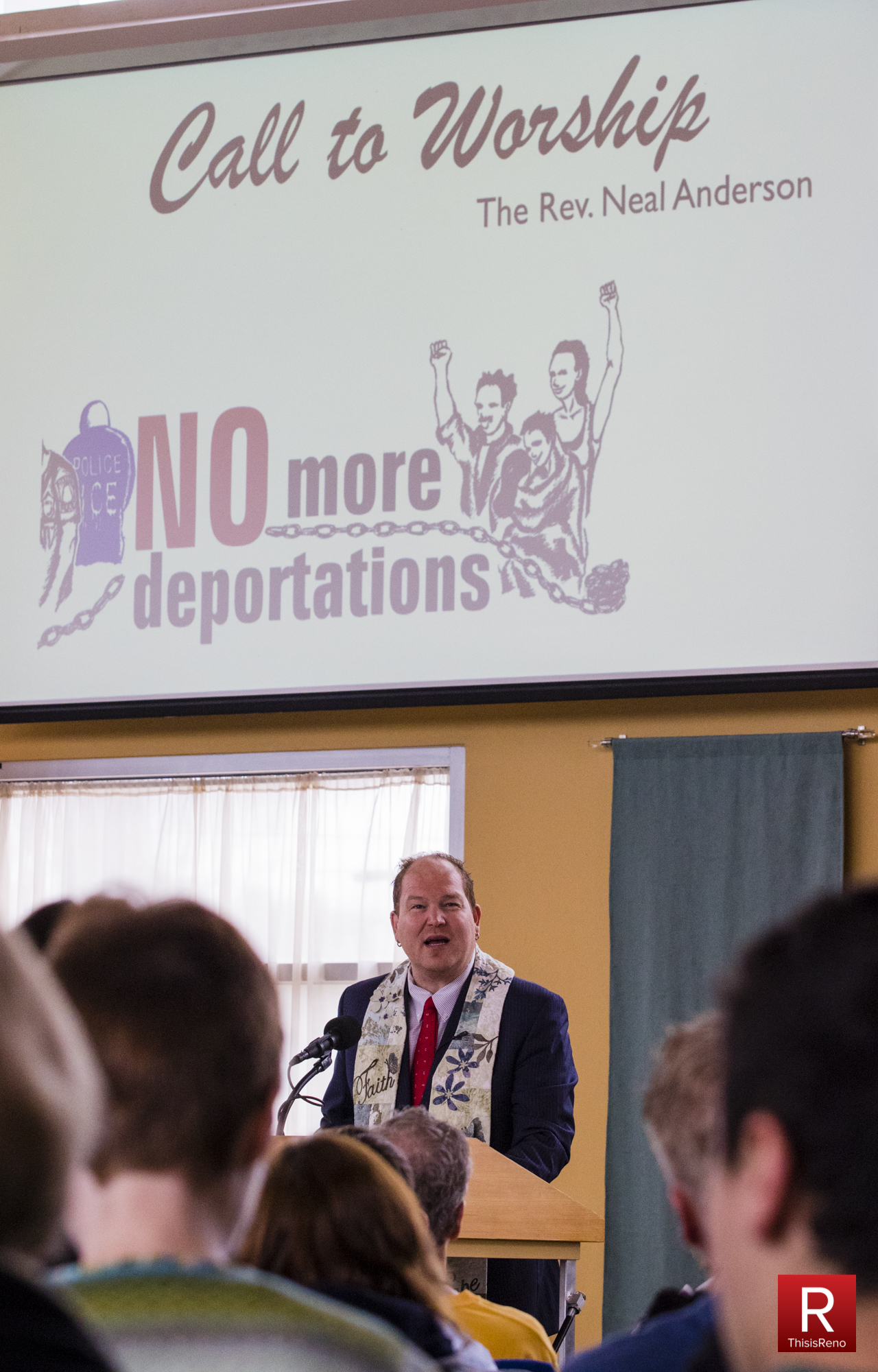 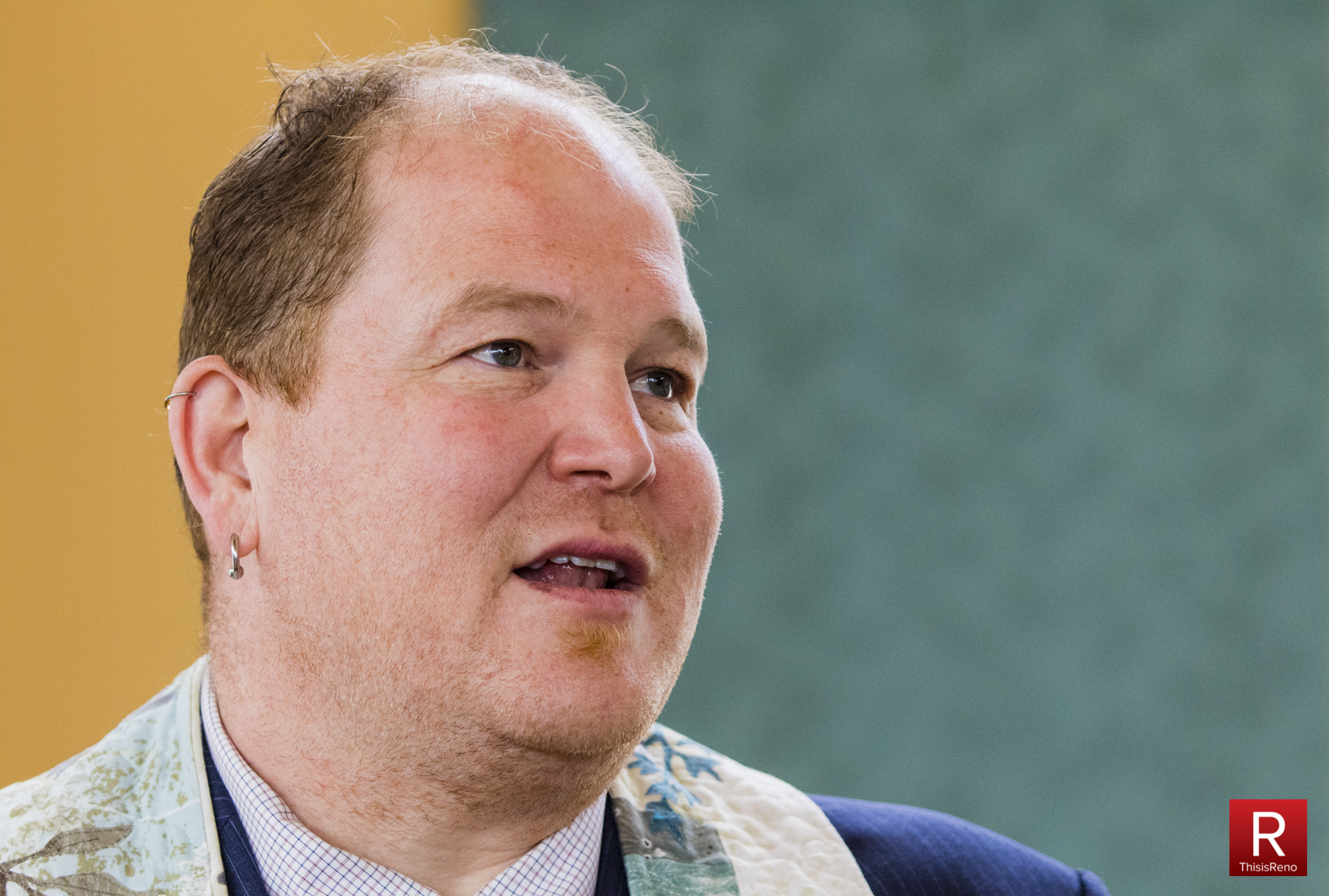 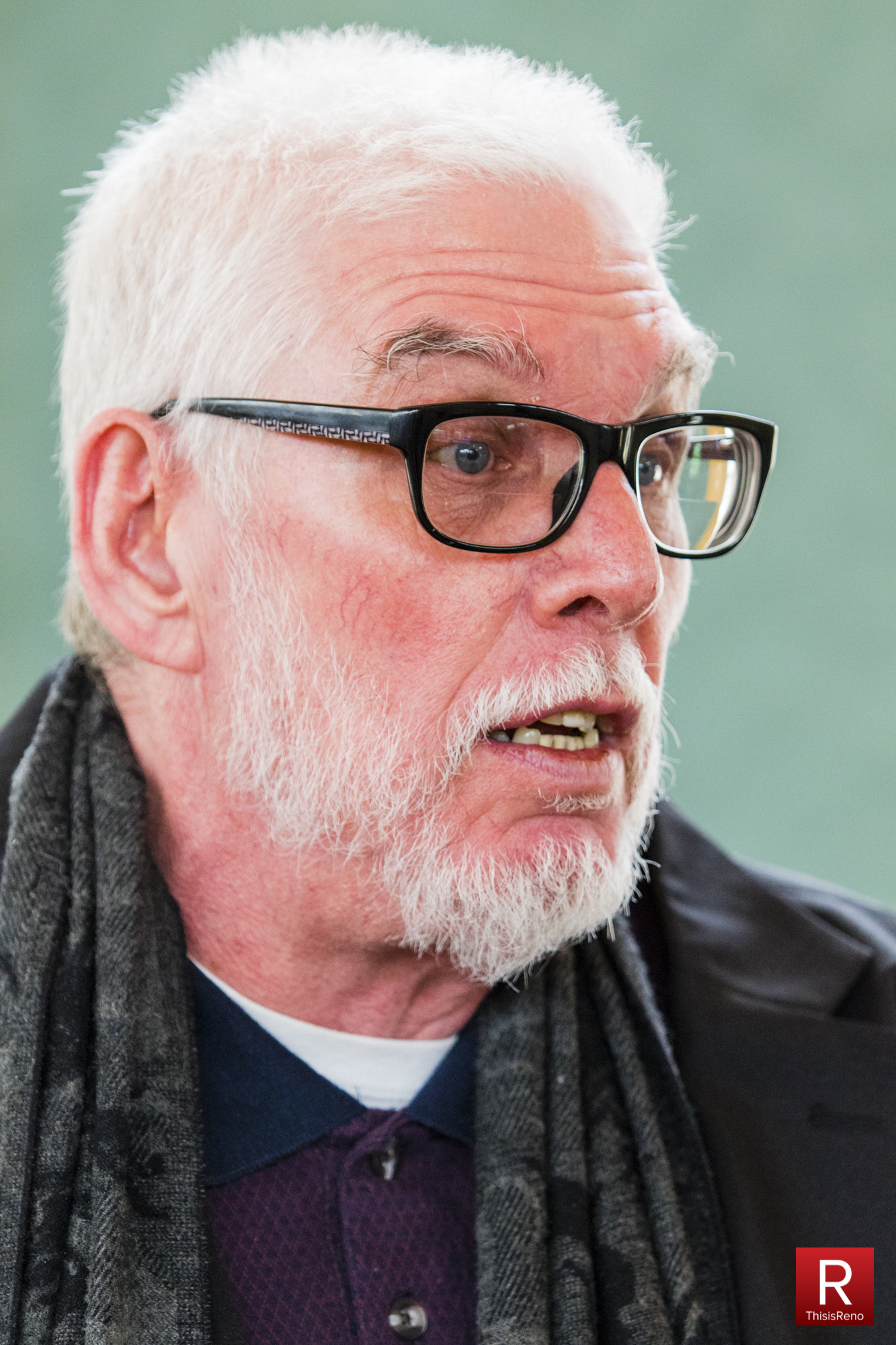 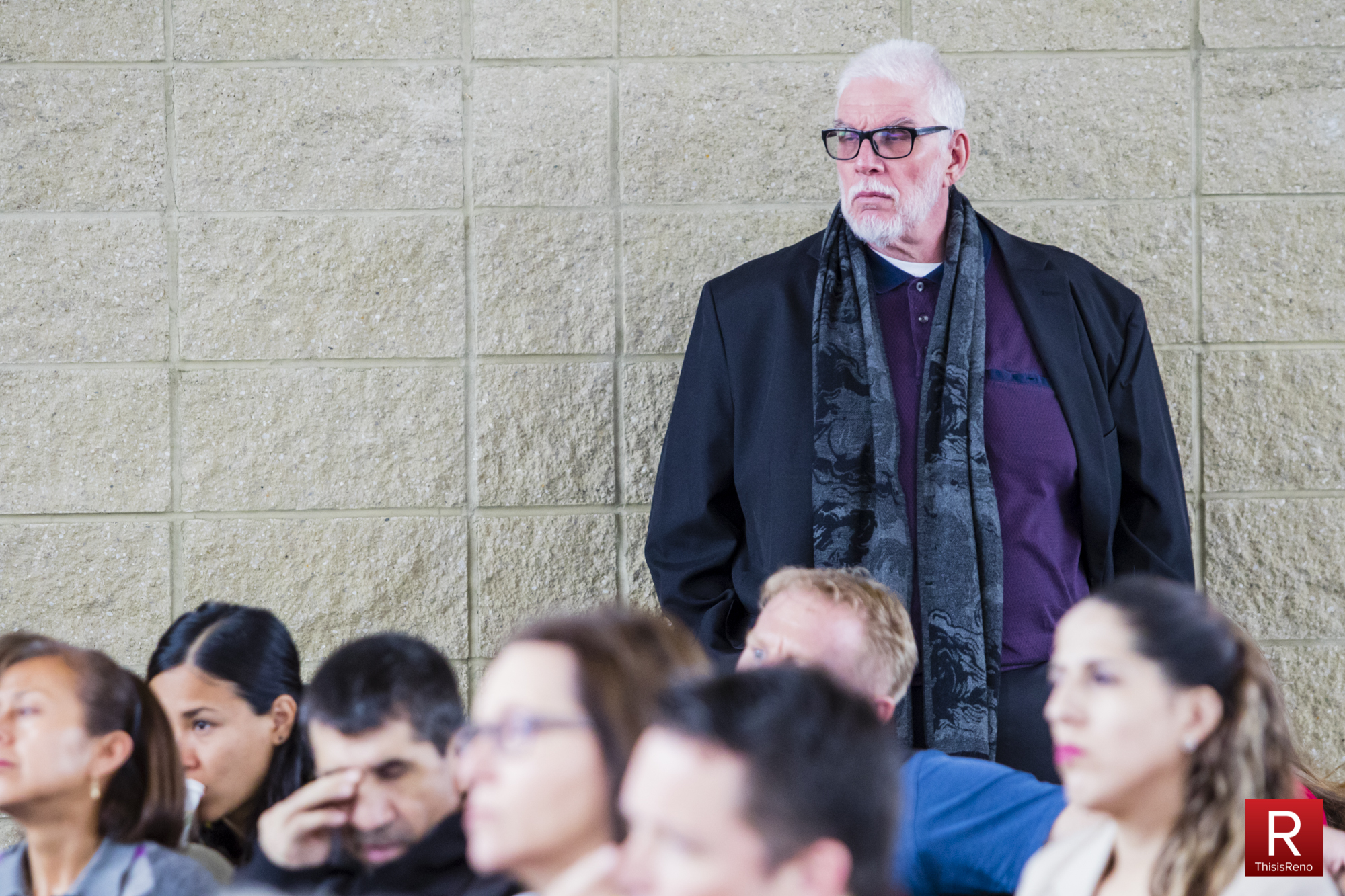 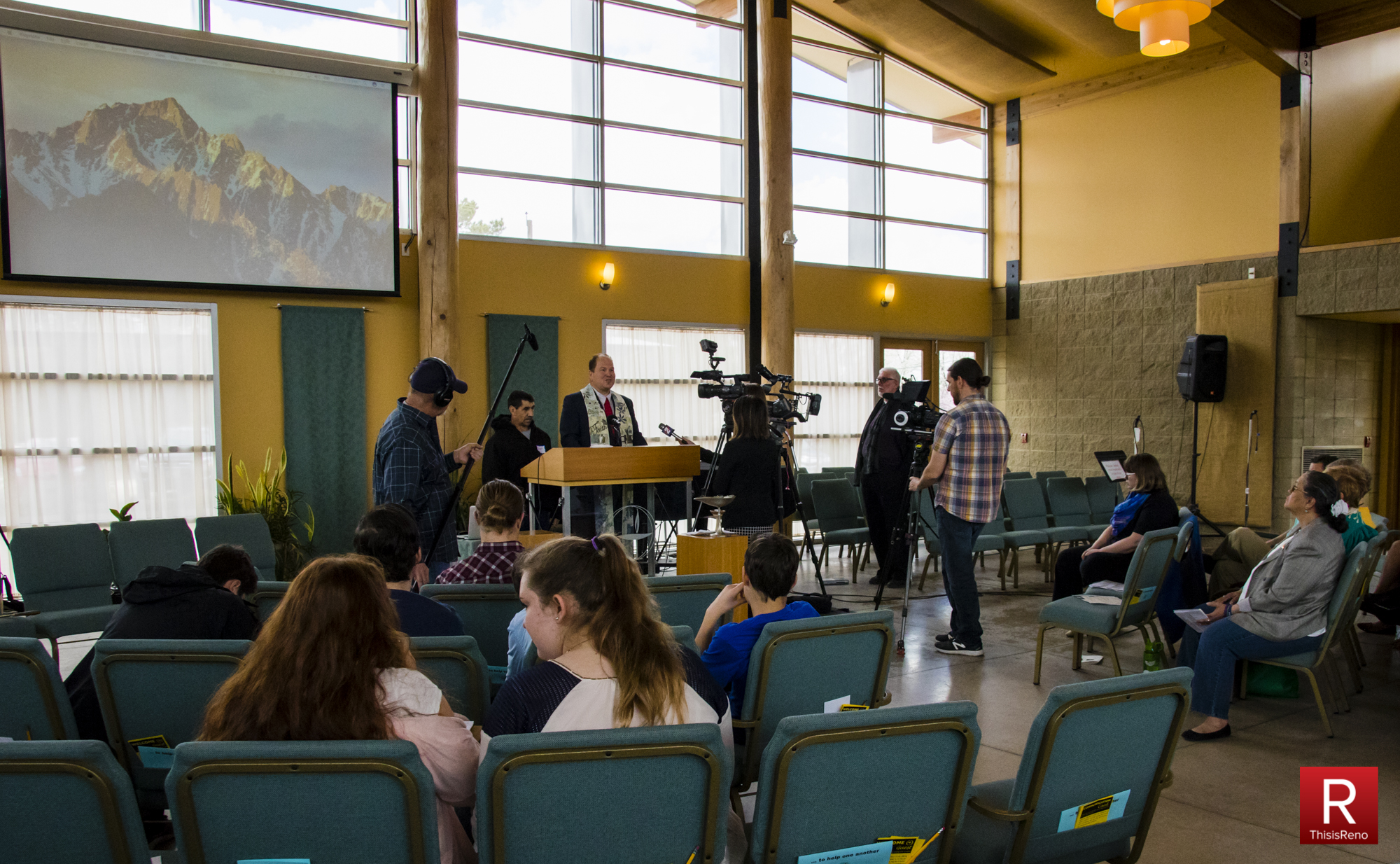 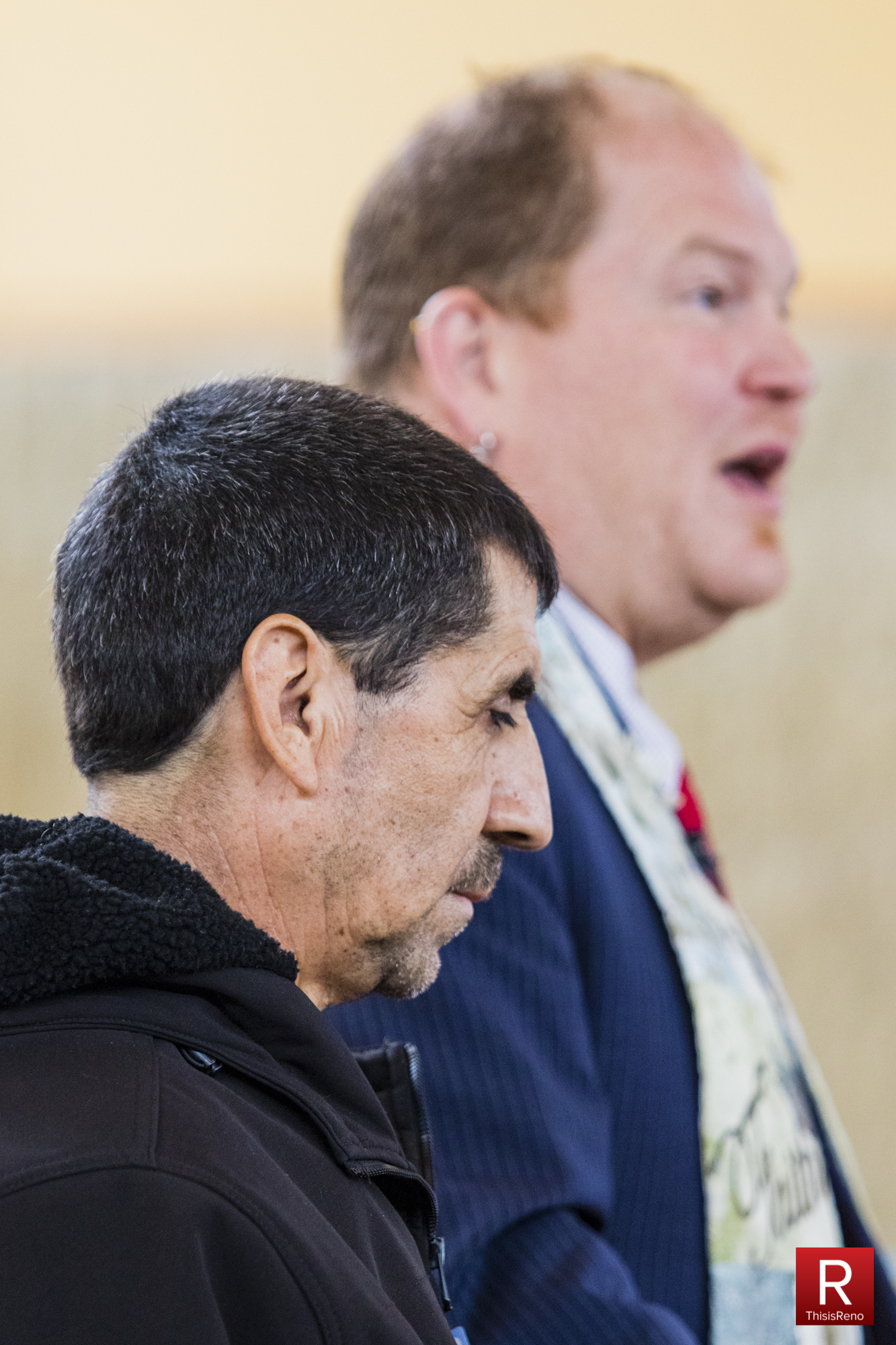 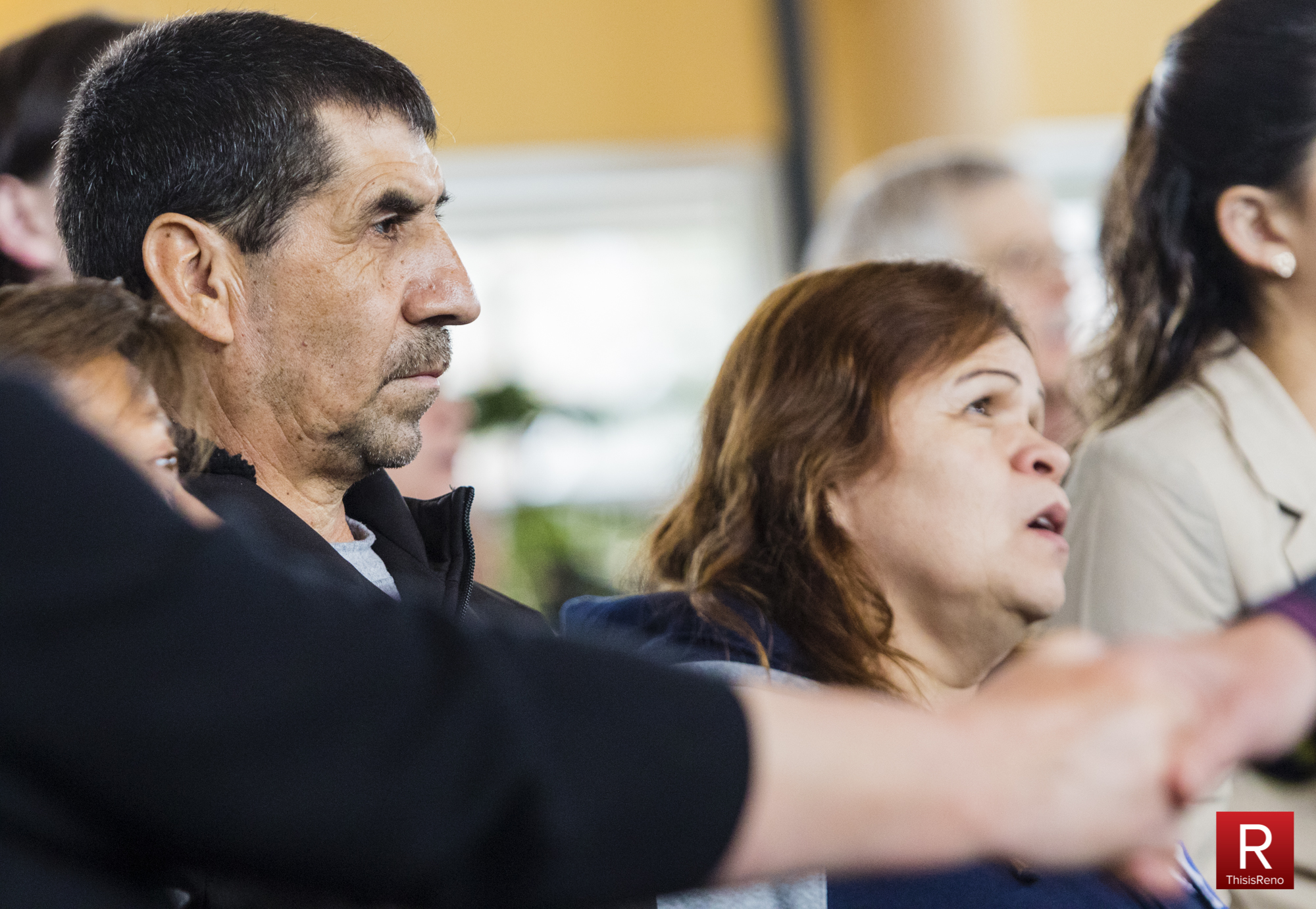 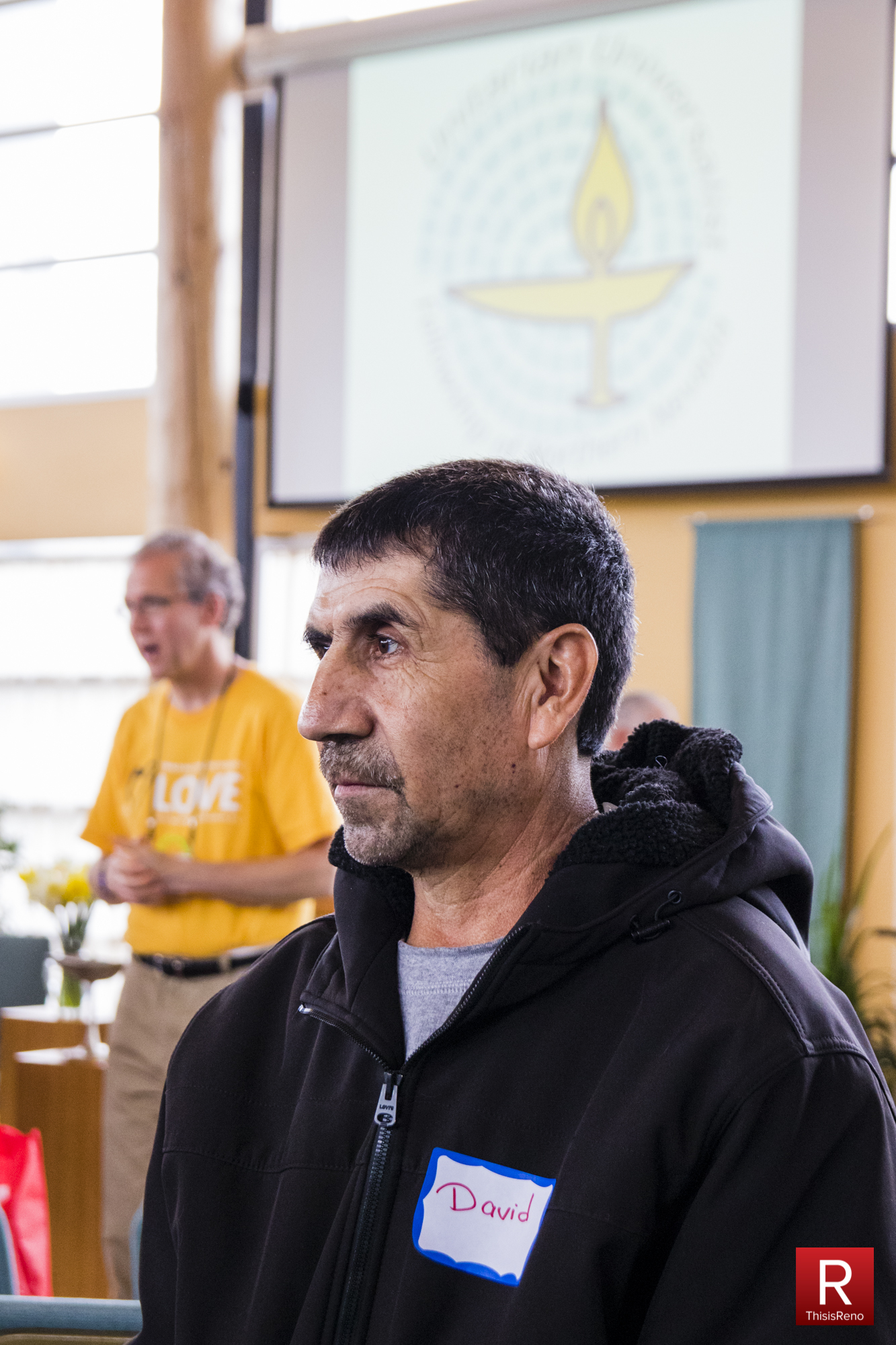 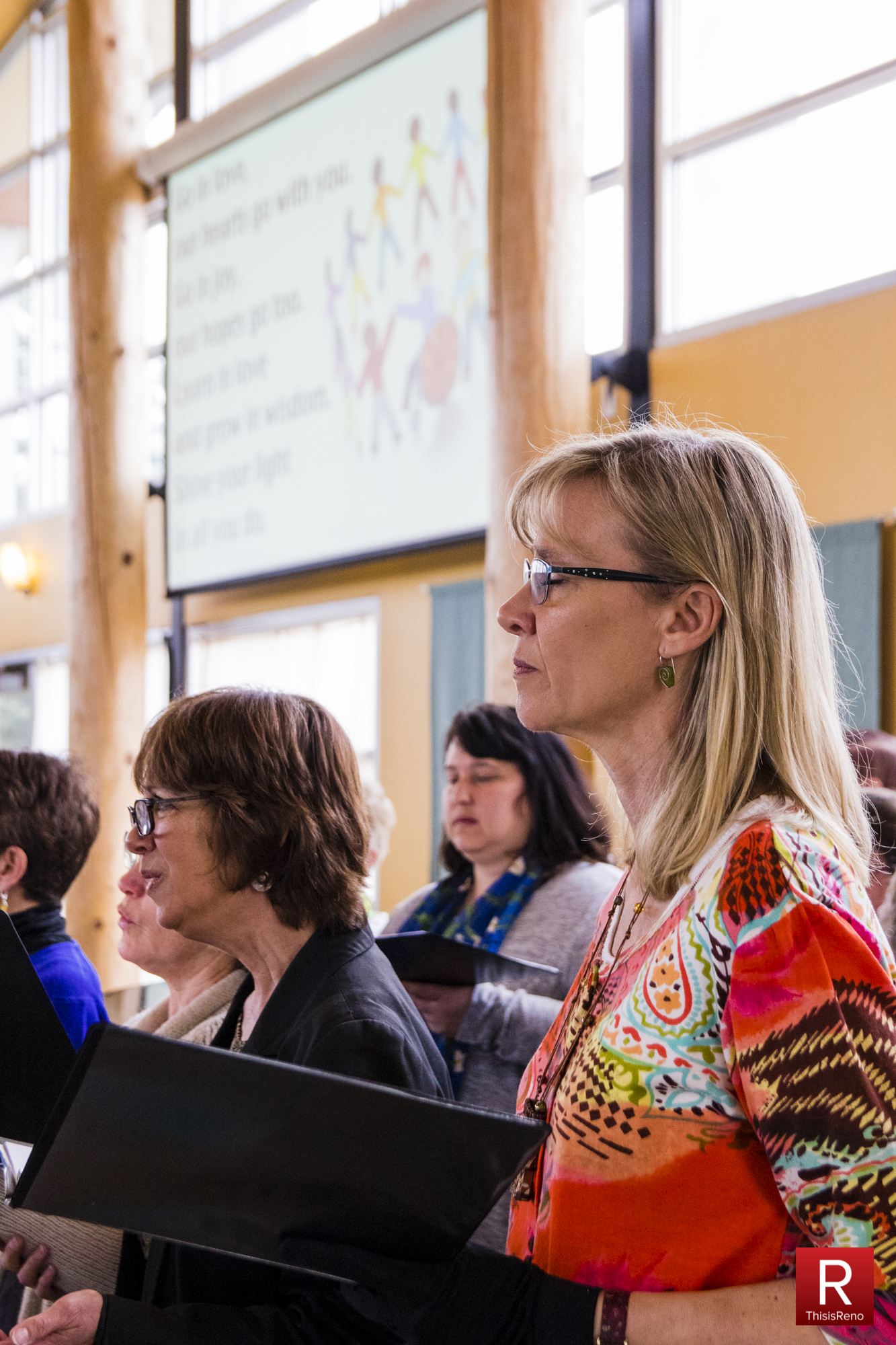 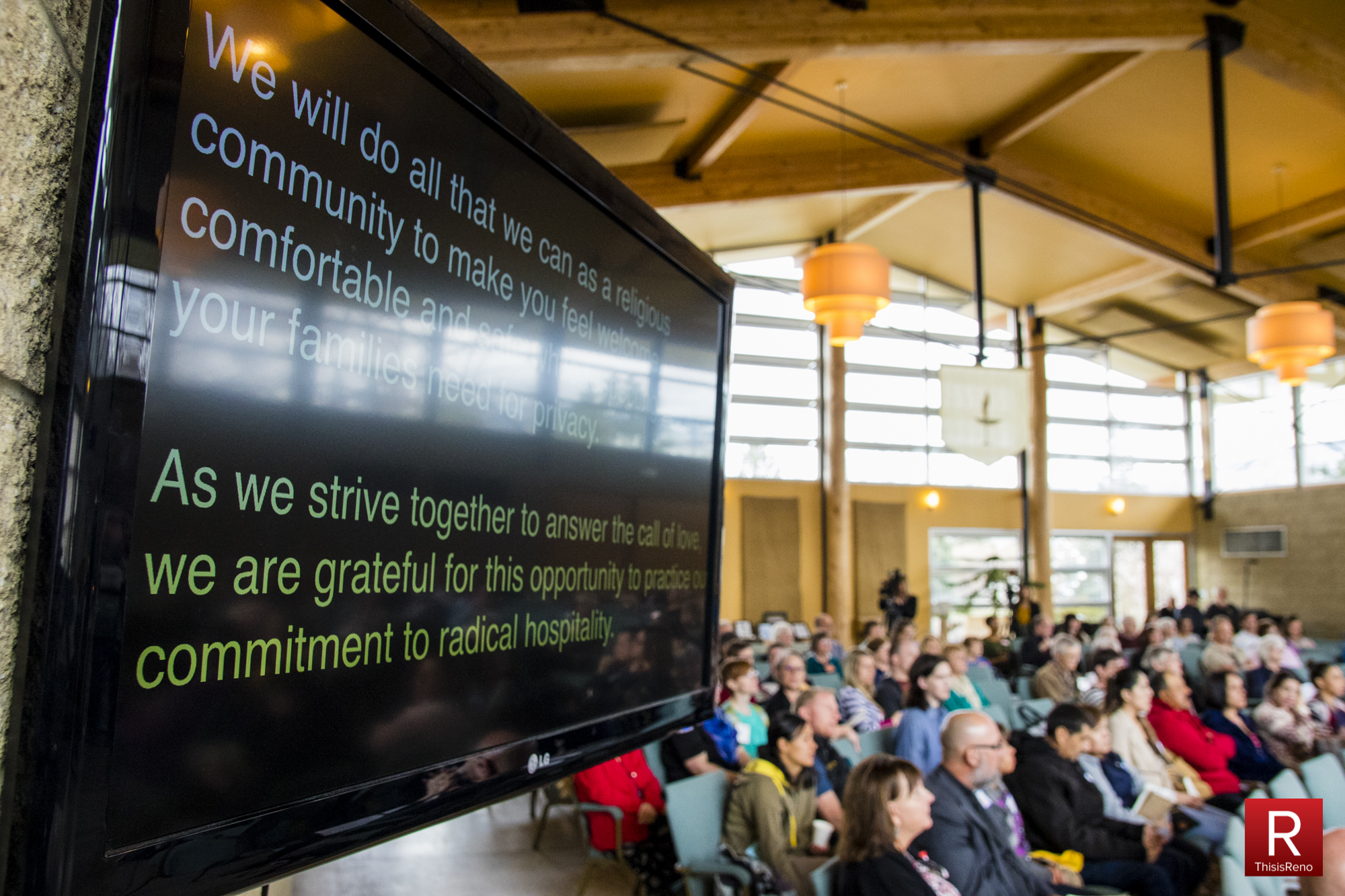 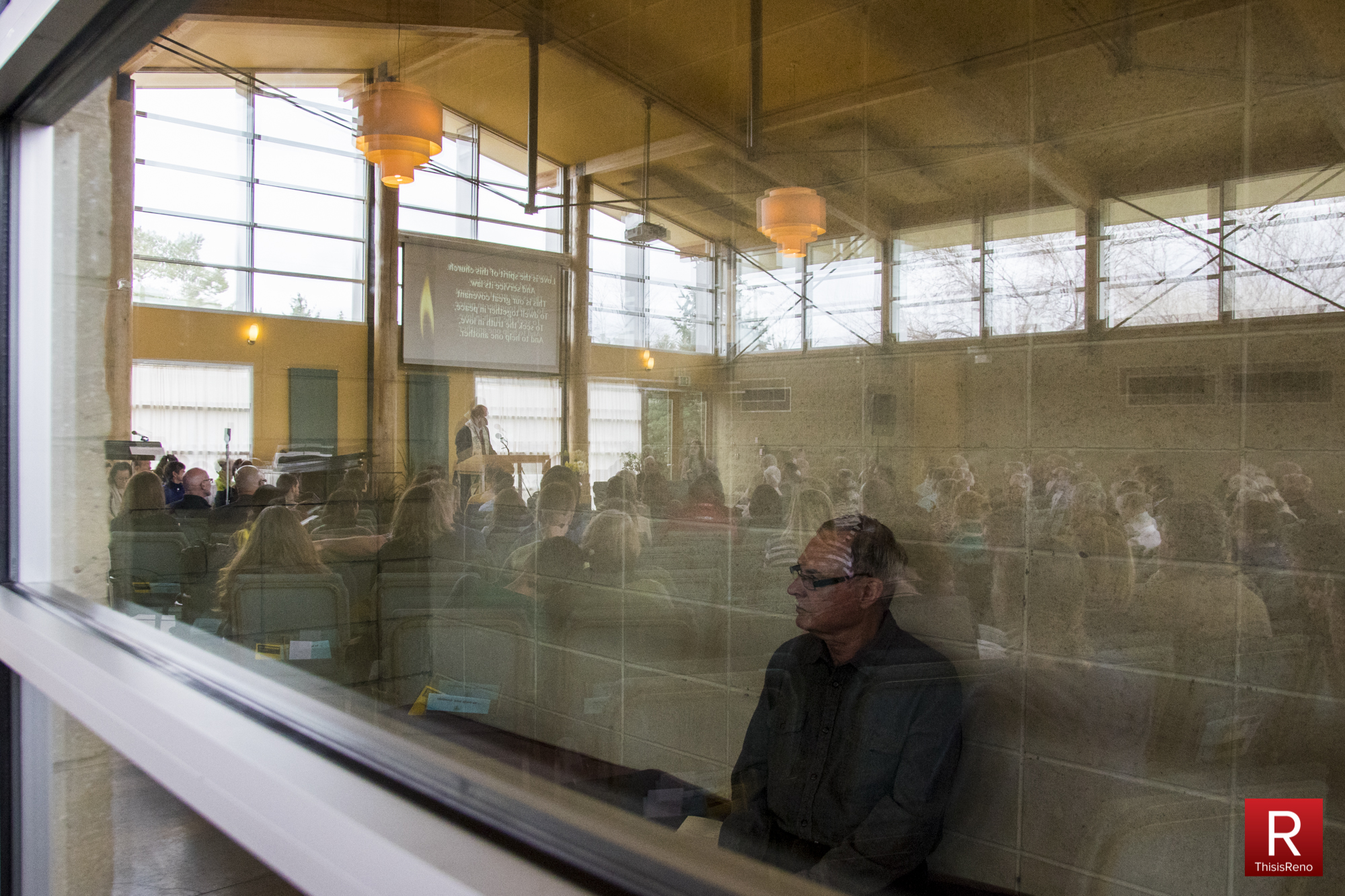 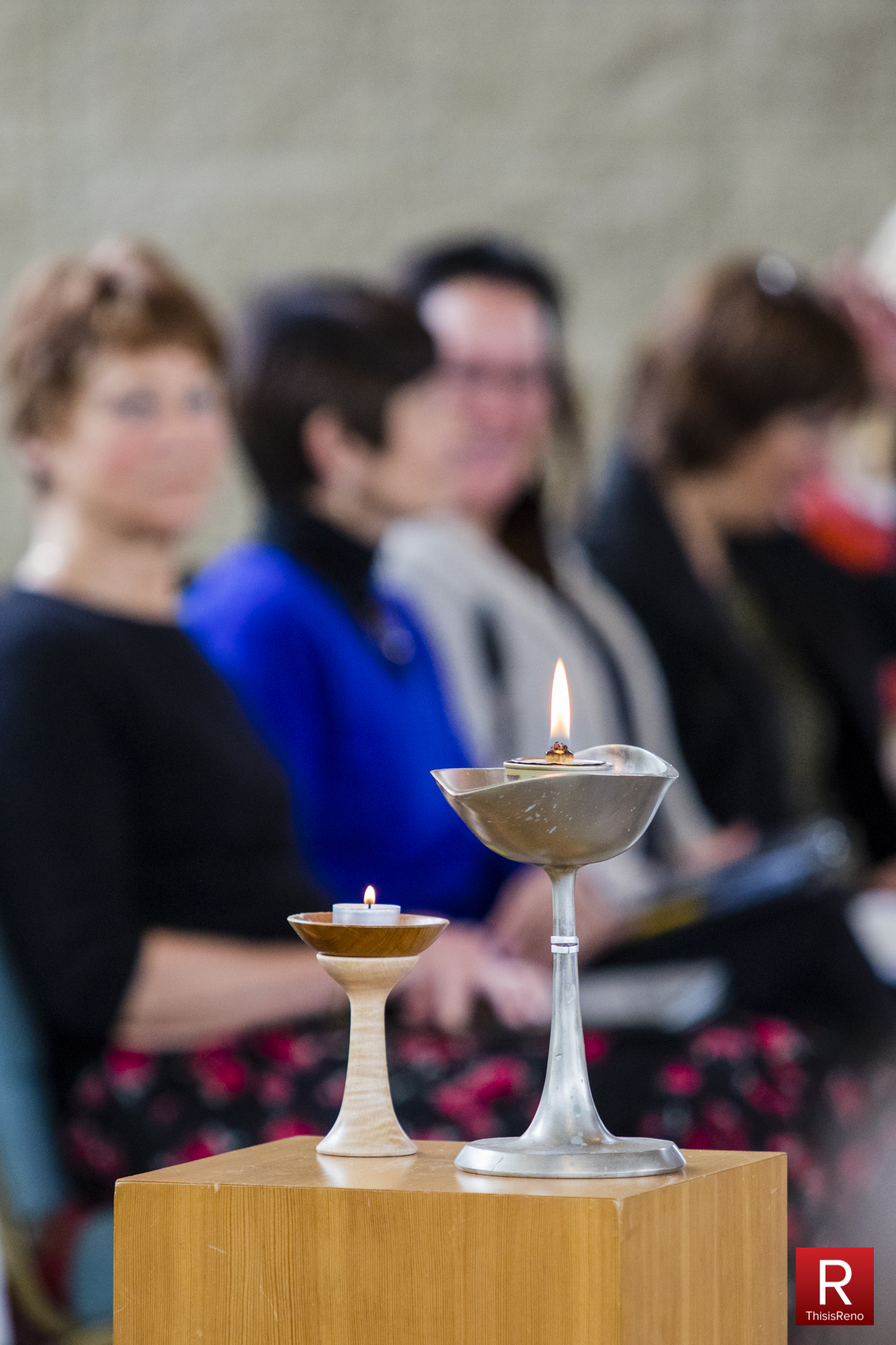 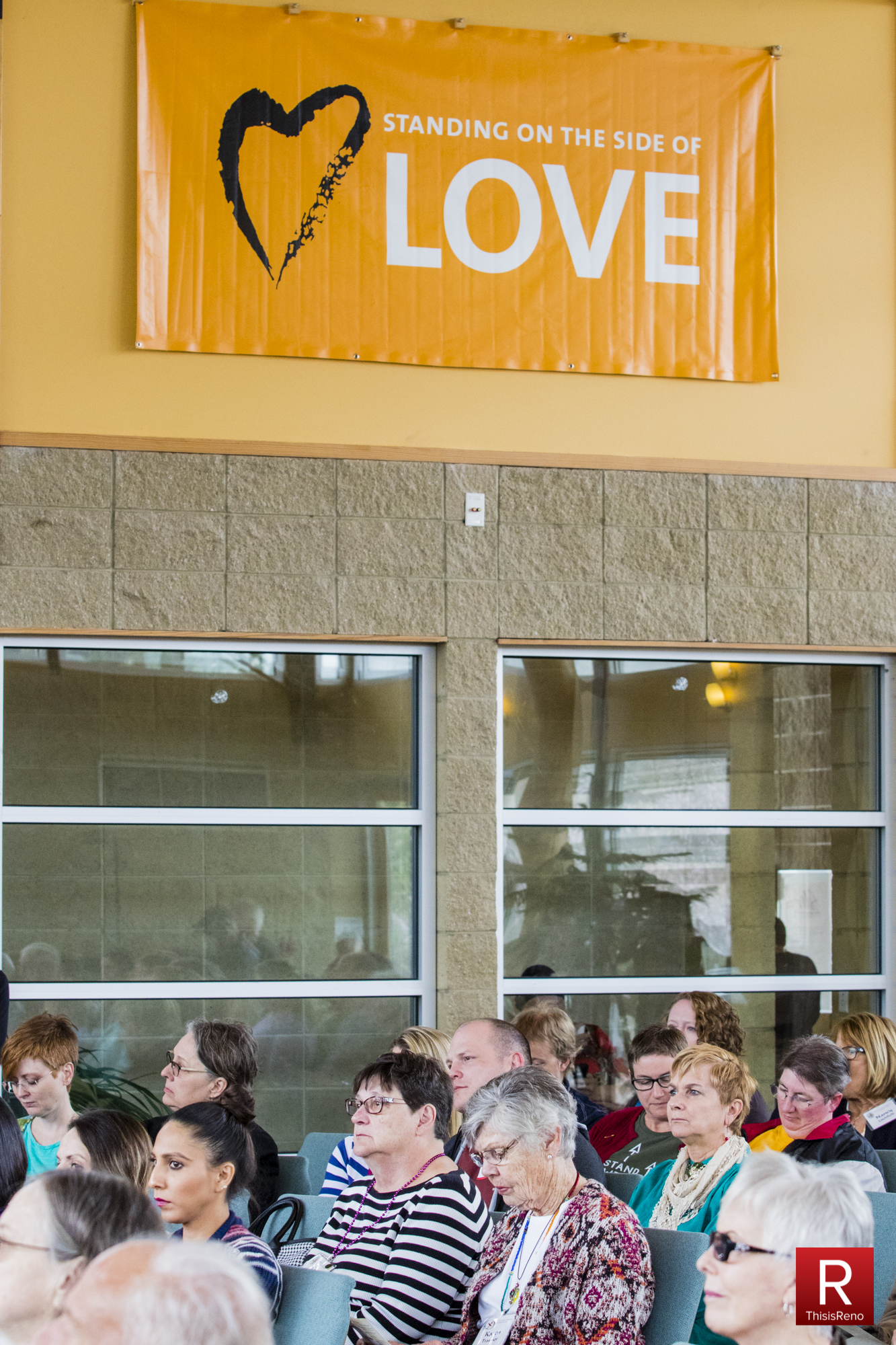 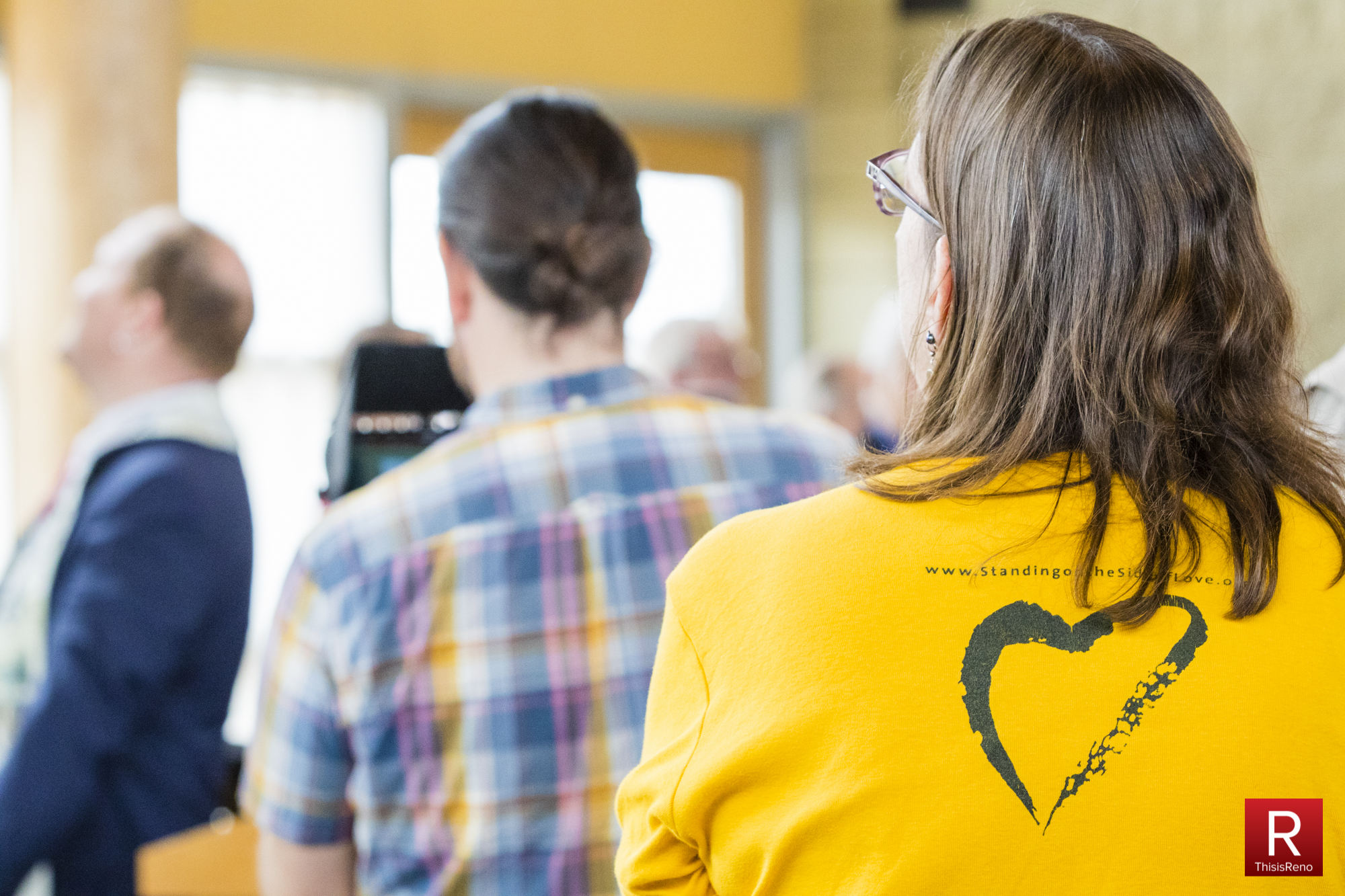 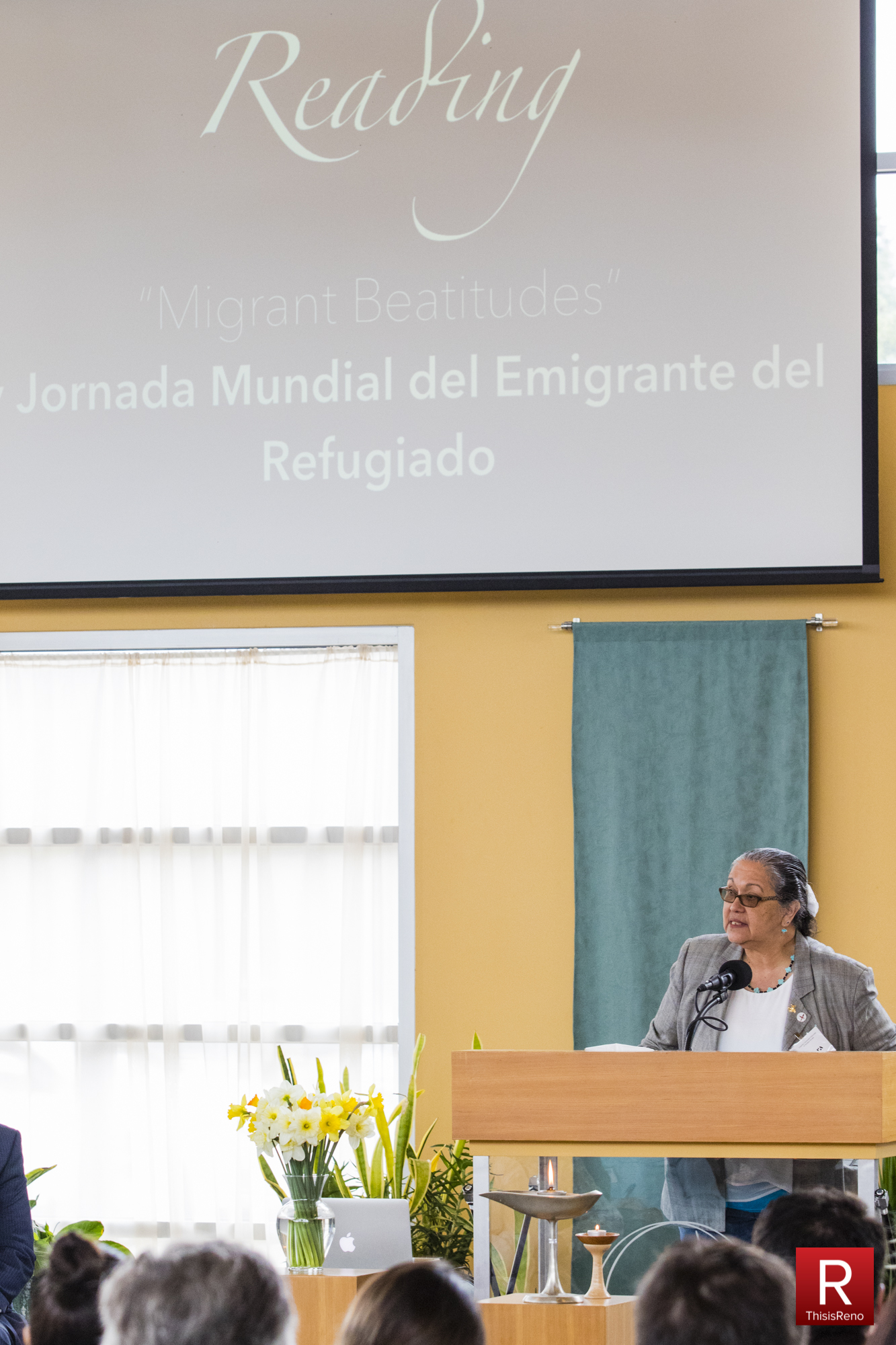 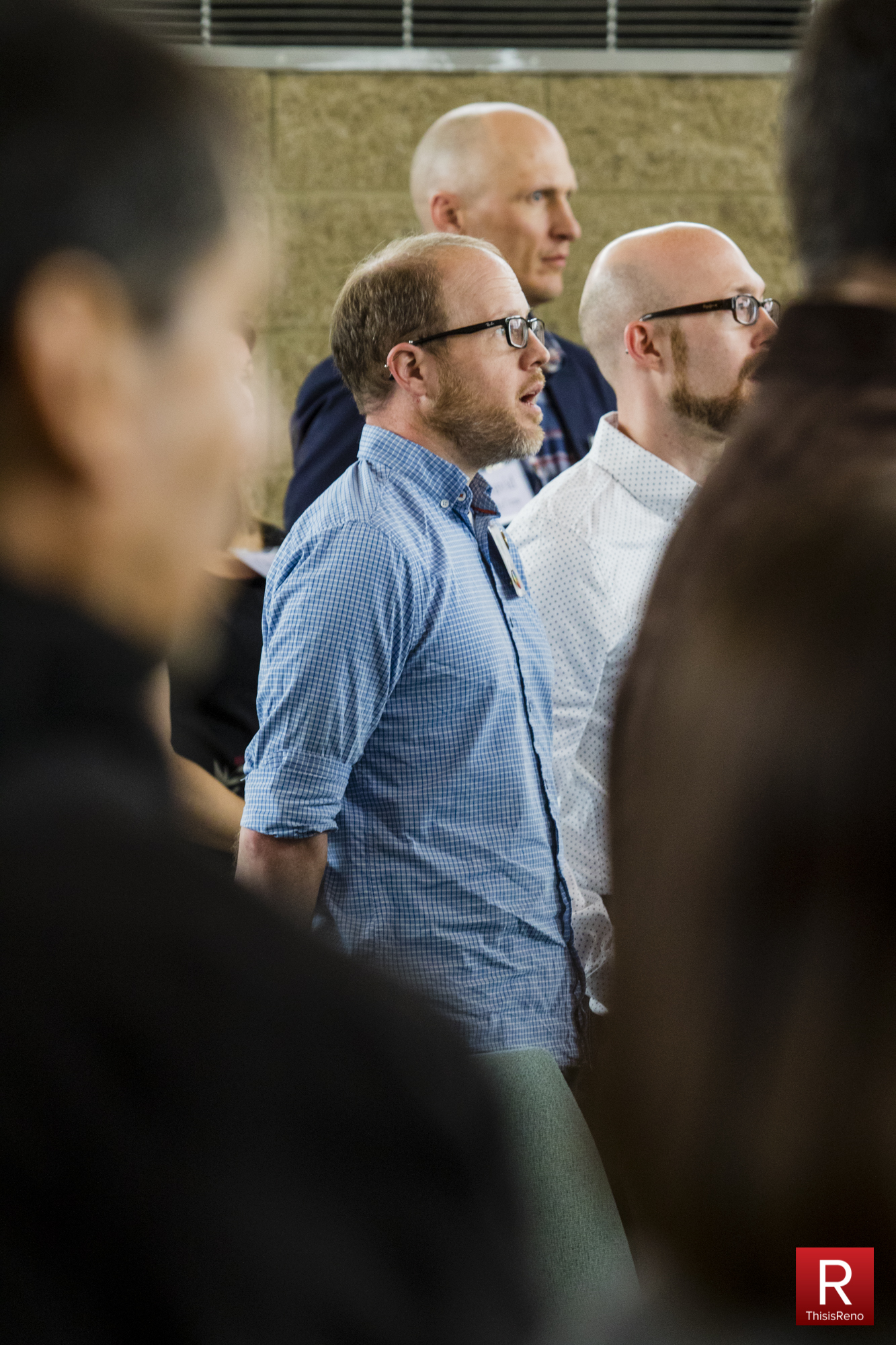 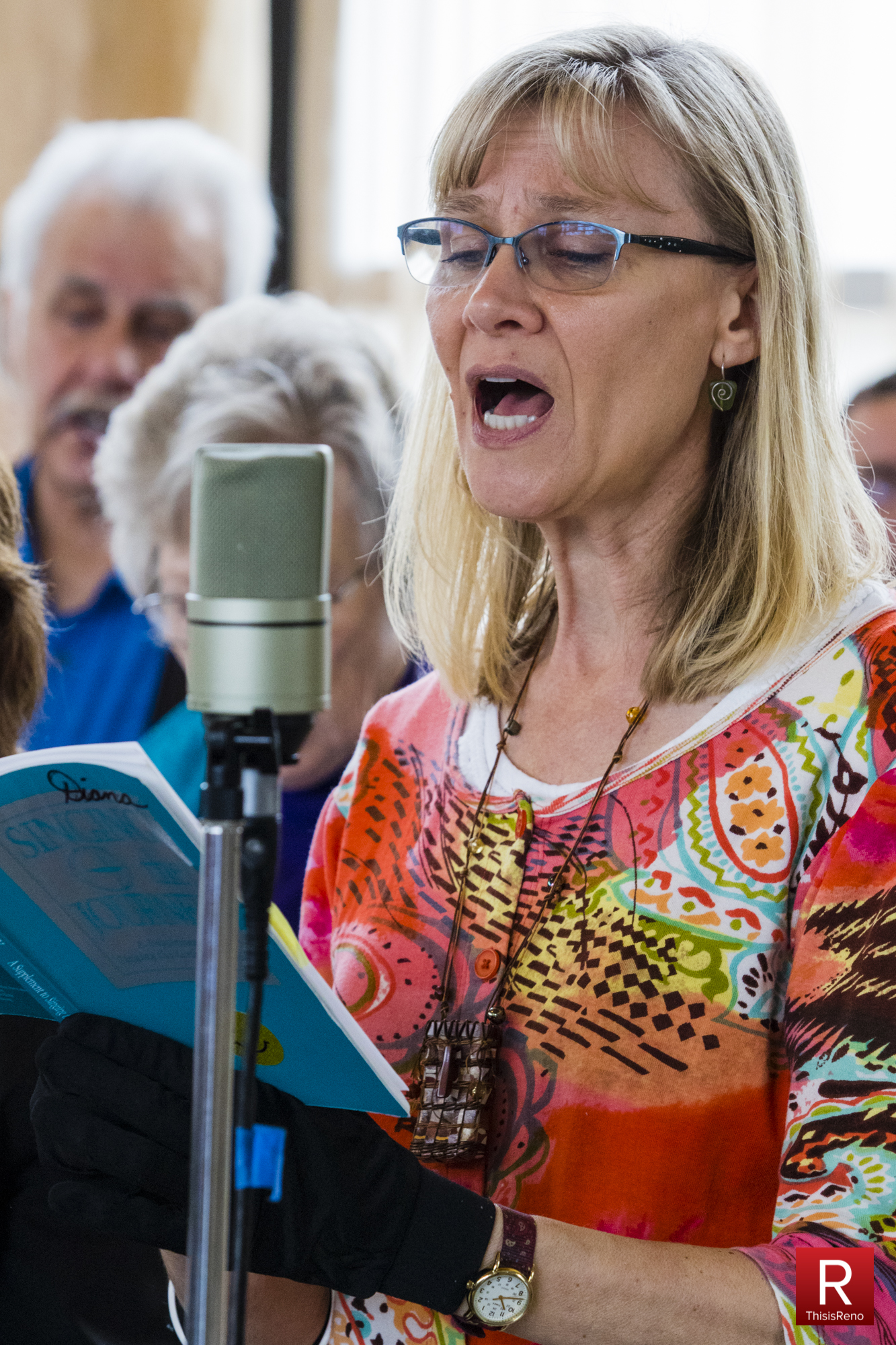 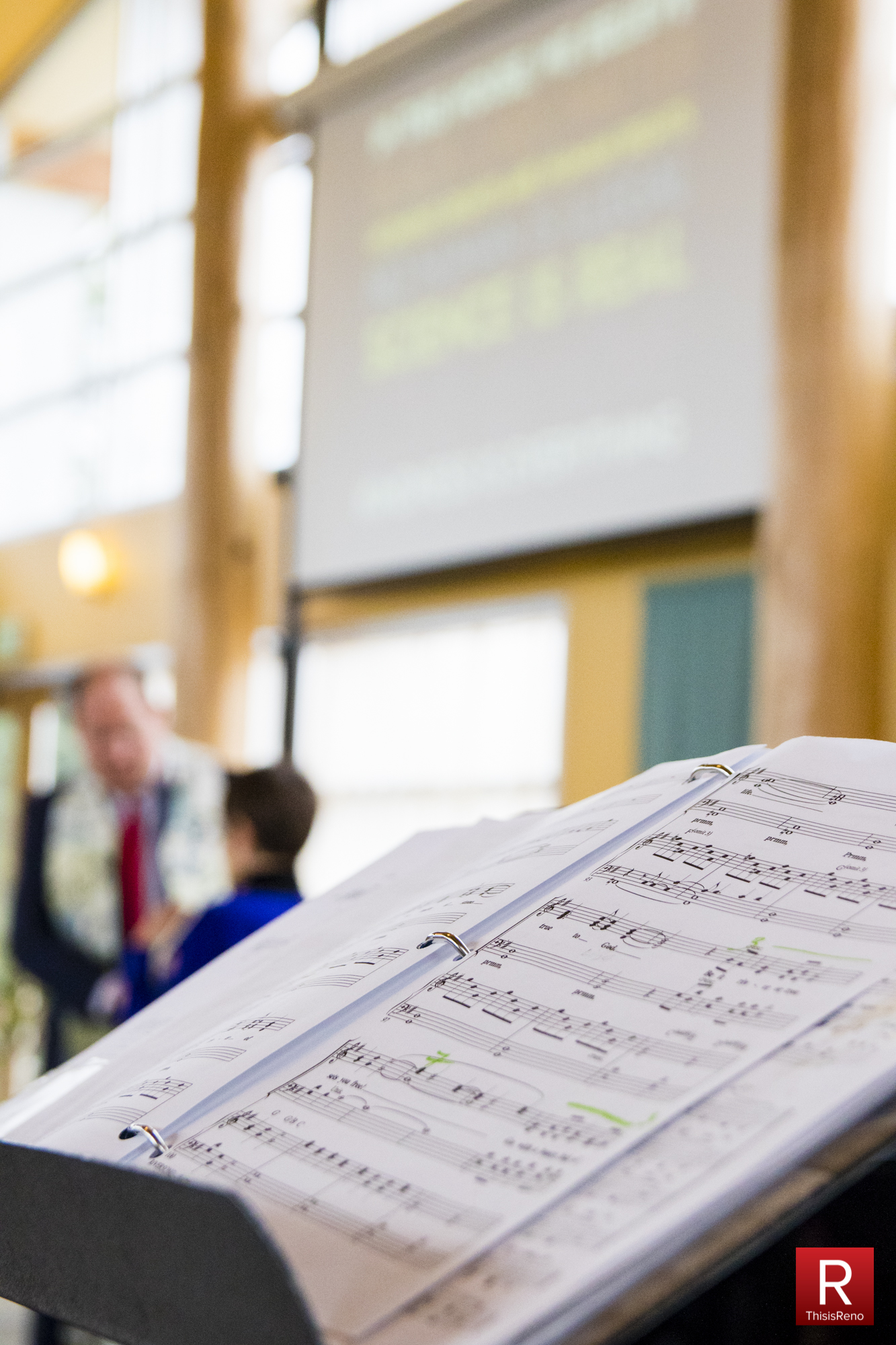 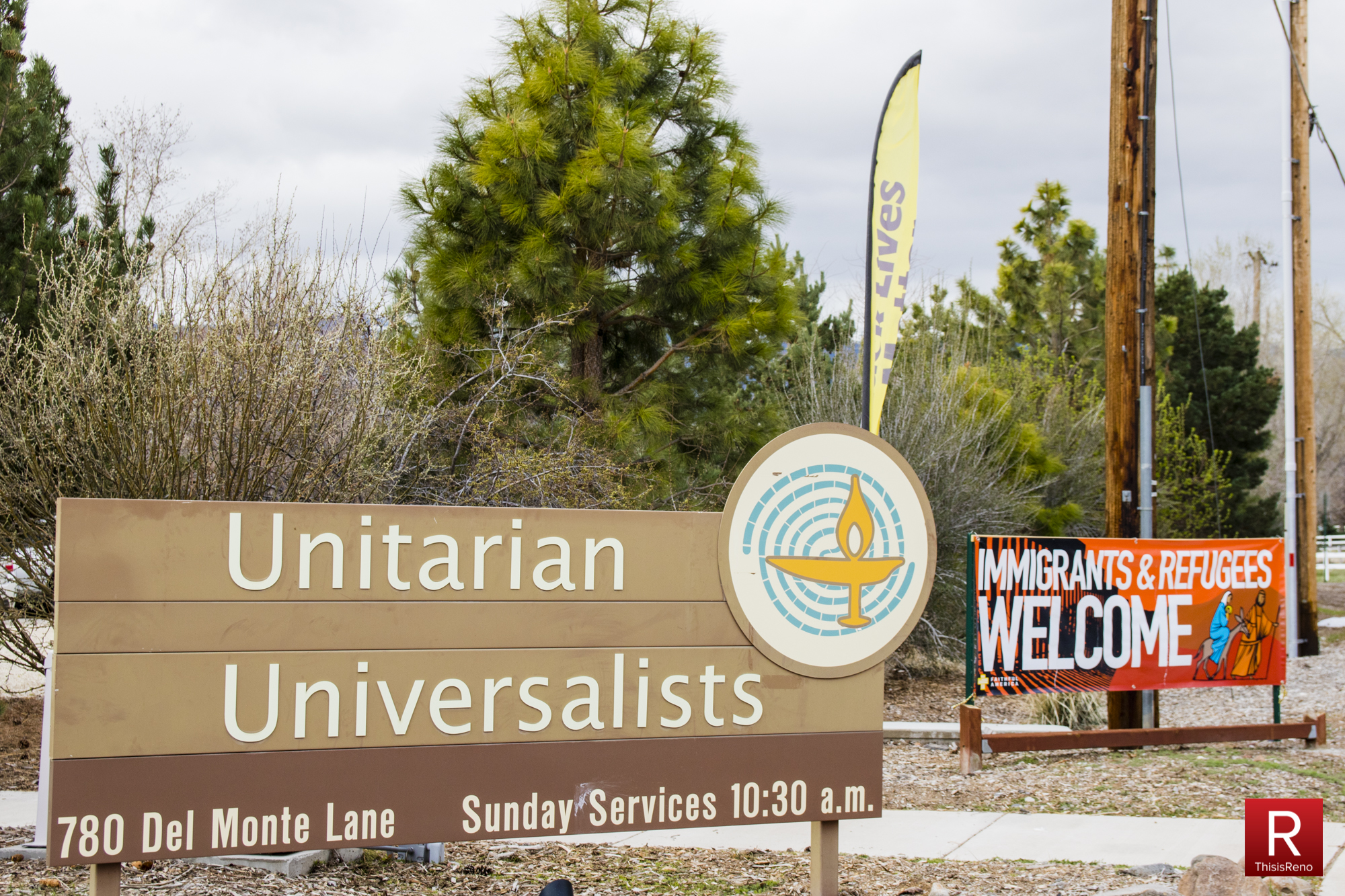 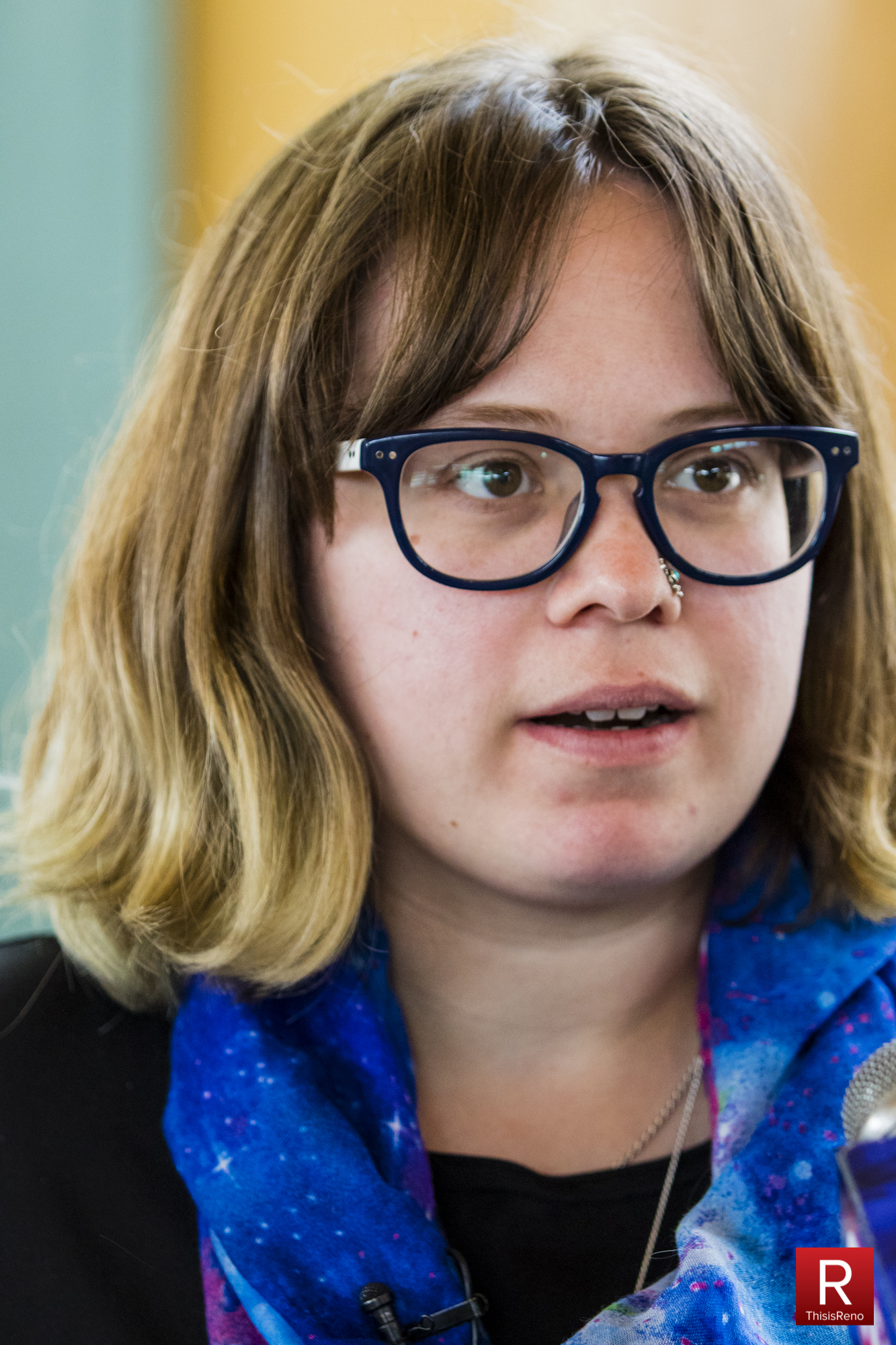 As parishioners gathered at the Unitarian Universalist Fellowship of Northern Nevada a notable difference was apparent in the weekly mass. Members of the media assembled at the back, readying tripods and cameras and jotting down notes into small notebooks. They were there because of the church’s announcement to give sanctuary to David Chavez-Macias, who faces possible deportation April 5.

Despite the obvious pressure of the day, the mass retained an air of normalcy with announcements, the welcoming of new members, discussion of the youth program, and other church-related matters.

The poems and literature read aloud focused heavily on immigration and the idea that immigrants are vilified. One poem referred to immigrants as “political footballs.” Many of these were read aloud in both English and Spanish.

Rev. Neal Anderson then began explaining the meaning of a sanctuary church and how the decision to offer sanctuary was not a decision made lightly or without consideration. He also spoke on the historical perspectives of churches being used as sanctuaries as far back as the Roman Empire, and much more recently during the Underground Railroad and civil rights movements. 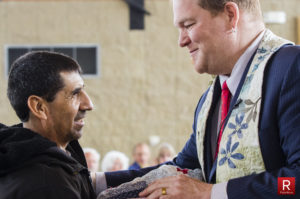 Rev. Anderson then introduced the man to whom the church had offered sanctuary. In 1986, he told the audience, David Chavez-Macias moved not only to America but also to Reno. Chavez-Macias has been a member of the Reno community just over 30 years, which surprised many of the parishioners.

Chavez-Macias’s efforts to become a legal resident date back many years. During the Reagan administration he was denied due to a filing error by his attorneys. Later, a minor traffic violation for Chavez-Macias turned into three months of incarceration by ICE. He was eventually let go for health-related issues. Chavez-Macias has Marfan syndrome which requires weekly checkups.

The parishioners then read aloud their commitment:

David, as a religious community that affirms and promotes the worth and dignity of every person we accept your request to enter sanctuary and welcome you.

In so doing we understand that we are allies in your act of resistance to this unjust and immoral system of immigration. As your ally, we will listen to you and respect your decision.

We will do all that we can as a religious community to make you feel welcome, comfortable and safe while respecting you and your family’s need for privacy

As we strive together to answer the call of love we are grateful for this opportunity to practice our commitment to radical hospitality.”

Rev. Anderson then picked up a quilt made of red, white, and blue material that a parishioner had made and gave it to Chavez-Macias as a physical representation of the church’s commitment. A song about refuge then played through the church causing many to tear up. 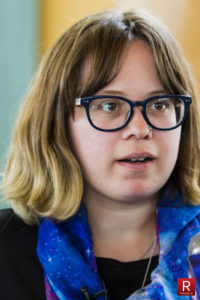 As the crowd departed media gathered around the pulpit. Aria Overli of ACTIONN spoke to the press first, asserting that Chavez-Macias has no criminal background and has been working legally on a permit.

Chavez-Macias did not speak at the event.

When asked if he was concerned about backlash Rev. Anderson replied that the church would stick to its commitment. The church is dedicated to human rights causes.  A Black Lives Matter banner in front of the building has been vandalized or stolen a number of times but the church continues to display their support of the movement.

Rev. Anderson noted that the decision to become a sanctuary church came long before the Trump administration. He added that immigrants have been mistreated for a long time but there has been more fear in the undocumented population recently.

In response to any actions by ICE Rev. Anderson stated that the church would “… abide by any lawful warrants.”

Mike Thornton of ACTIONN closed the interviews by thanking the members of the church for putting their faith on the line and taking action.

David Chavez-Macias, for the time being, will now live within the church’s sanctuary away from his family and home until ICE decides on his future. The hope is that social pressure will buy Chavez-Macias a stay of deportation and allow him to return to his family and life in Reno.