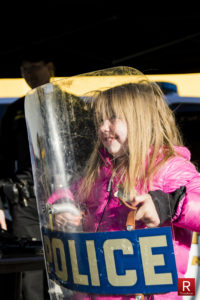 The 4th annual Symposium on Community and Policing, held last night, took a new direction this year with encouraging results. All prior events were held at the University of Nevada, Reno (UNR) and were fairly formal events; both the format and location affected who would attend and may not have reflected segments of the community.

This year it was held at the Boys & Girls Club on 9th Street, just down from the drive-in movie theater, taking a less formal approach while still taking on difficult issues in the community.

Law enforcement vehicles decorated the walkways, and smoke from the barbecue filled the large backyard of The Boys & Girls Club. Families sat on the lawn or milled around looking at the various tools of the trade brought to the event. The Sparks SWAT team was one of the favorites, with two armored vehicles and a variety of equipment.

While the crowd was predominantly children, many adults also took the opportunity to get a first-hand experience with the armored vehicles and ask questions about the various types of equipment on hand. SWAT members explained that the vehicles were largely used for defense, saying they protect them during hostile situations.

“Both sides were open, and while not always giving the answers people wanted, law enforcement officials and activists took the time to answer each one and receive feedback from community members.”

The more offensive tools included saws, shields, non lethal projectile launchers and a unloaded AR-15. SWAT officers explained the use of each tool and when and how they would be used. While most of the tools were strictly there on a look-don’t-touch basis, all ages seemed enthusiastic when they were told they could stand up in the turret of the armored vehicles. 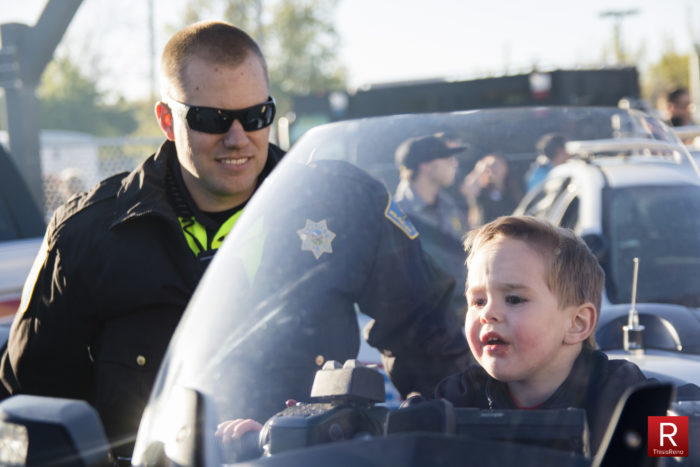 Other departments included the Detention Response Team, who let people try on a variety of their equipment and described, to some shock, how and why the equipment was used. One story included how inmates will barricade doors with improvised tools, shoes or pencils, requiring large crowbar-type equipment to gain access to the room.

Whatever the department the mood was upbeat and gave people a chance to learn more about the equipment and the individuals who use them. Photo opportunities abounded and free food and drink kept the mood boisterous and fun.

“Some members of the crowd said that they thought some law enforcement officers were racist.”

The inside was a much different environment as few children were to be seen, and most discussions were of a distinctly serious nature. Activist organizations were also on hand with their booths intermixed among those of law enforcement.

While they may have had different areas of interest, the topic was law enforcement. I spoke with Lori Robertson of PEP, a non-profit that assists families whose children have disabilities. She told me that this year’s less formal direction was very positive. 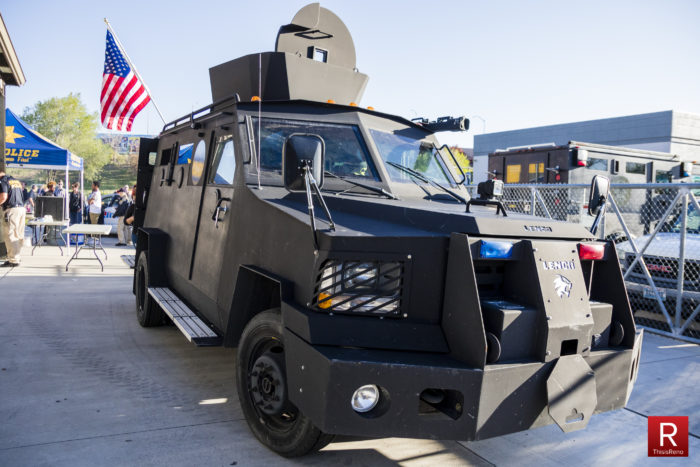 She said that some of the families she assists were at the event, something she attributed the event being more welcoming to the community. The main reason PEP was at the symposium was to educate both parents and children on what to do if questioned by the police. Robertson told me that it is most likely that the officer would be unaware that the child had a disability and that communicating this early on by the parents was of critical importance.

Some members of the crowd said that they thought some law enforcement officers were racist. One in particular took great issue with an officer asking about her immigration status — she is a U.S.-born citizen, as I personally understood it — though with so many conversations happening at once hearing became difficult. Her question was talked about by everyone at the table, and she was personally addressed by a Sparks Police representative, who stepped aside with her and discussed that matter at length.

Both sides were open, and while not always giving the answers people wanted, law enforcement officials and activists took the time to answer each one and receive feedback from community members.

Much less populated were the Mental Health and Policing and Use of Force tables. The Use of Force table discussed, among other things, how in this part of Nevada the assumption by law enforcement was that everyone had a gun.

This was not an accusation or spoken of negatively, merely an explanation that our region’s response to a situation will differ from that of one with less firearms in the community. The Mental Health table focused mainly on the new emphasis on a long-term strategy to help people with mental illness and end the cycle of arresting people over and over again.

“The event is about the community and that bringing it to the Boys & Girls Club made a big, and positive, difference.” 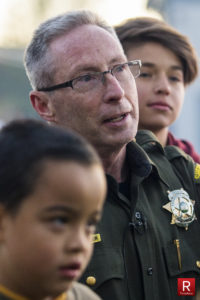 As the event wound down I had the opportunity to speak separately with Washoe County Sheriff Chuck Allen and Reno Police Officer Tim Broadway. I asked Sheriff Allen if his department noted a change in the community after participating in events like this. He began discussing it with me when a man approached us asking to speak with the Sheriff.

He explained that he had been in the prison Sheriff Allen has been recently criticized for by some local media. He continued to say that despite the “stupid” choices he had made, that prison staff had been good to him and very professional.

Sheriff Allen thanked him for saying hello and added that a life without adversity doesn’t let people appreciate the good things in their lives. Returning to our topic he explained that he understood why people don’t like law enforcement. He spoke to the fact that most interactions are negative and that even when people are not in any legal trouble their only interactions are usually based around automotive accidents. Events like this, he explained, allow community members to interact with law enforcement without the negativity.

I asked Officer Broadway the same question: “After the event do you see a difference in the community?” He explained that, yes, they did see a more friendly disposition towards their officers and, between social media and the press, that word was  getting out to the community that they, referring to law enforcement, want to be better engaged with the community.

He also mentioned the success of this event over the previous ones, saying that it got more of the community involved and had both great interactions outside and the serious discussions inside.

Heather Gilmore, a UNR student and event organizer, helped distribute and collect surveys asking people how they liked the event and what improvements could be made. She explained that this is the fourth year and that there is a lot of work going on behind the scenes to make these events as positive as possible. She said the event is about the community and that bringing it to the Boys & Girls Club made a big, and positive, difference. 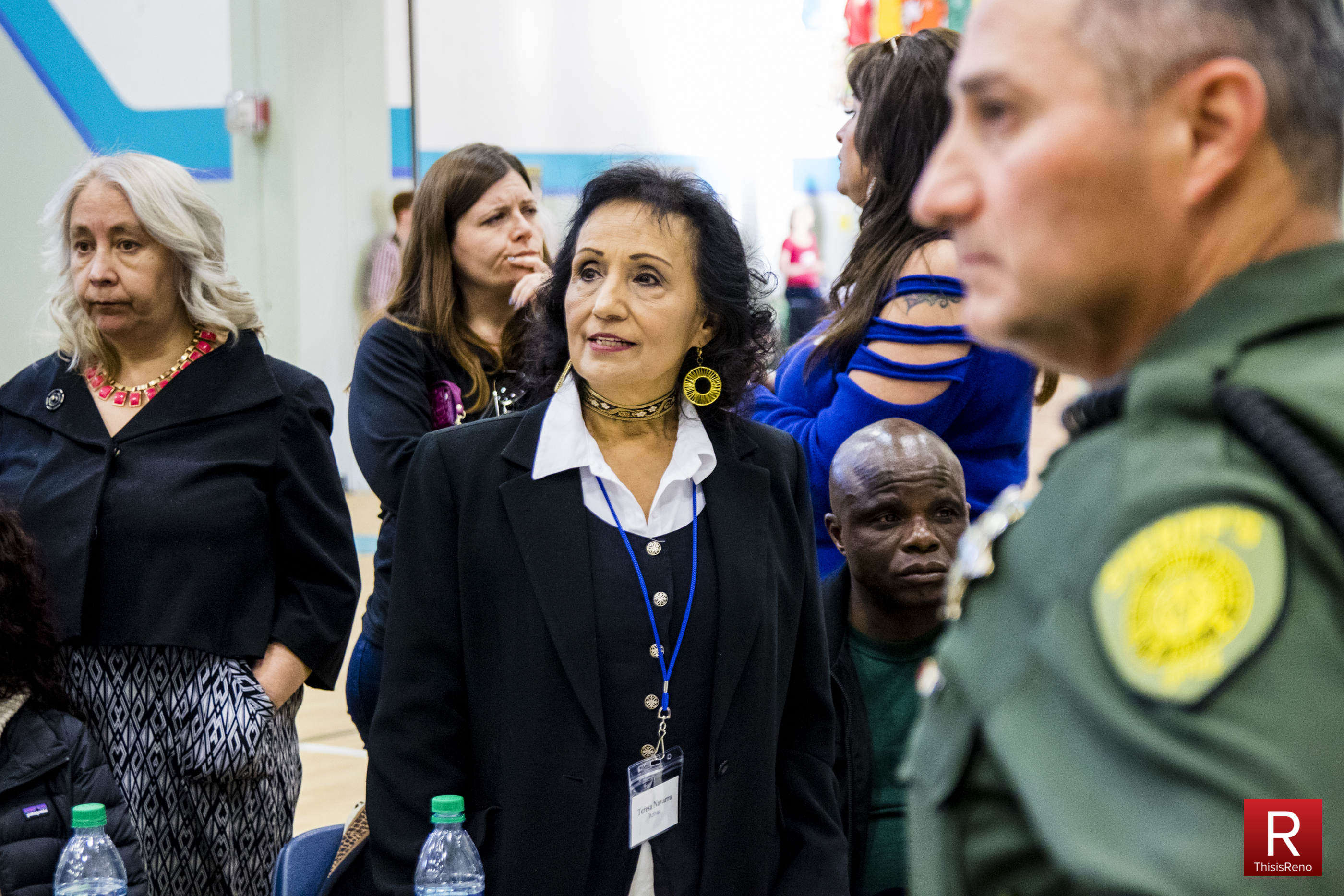 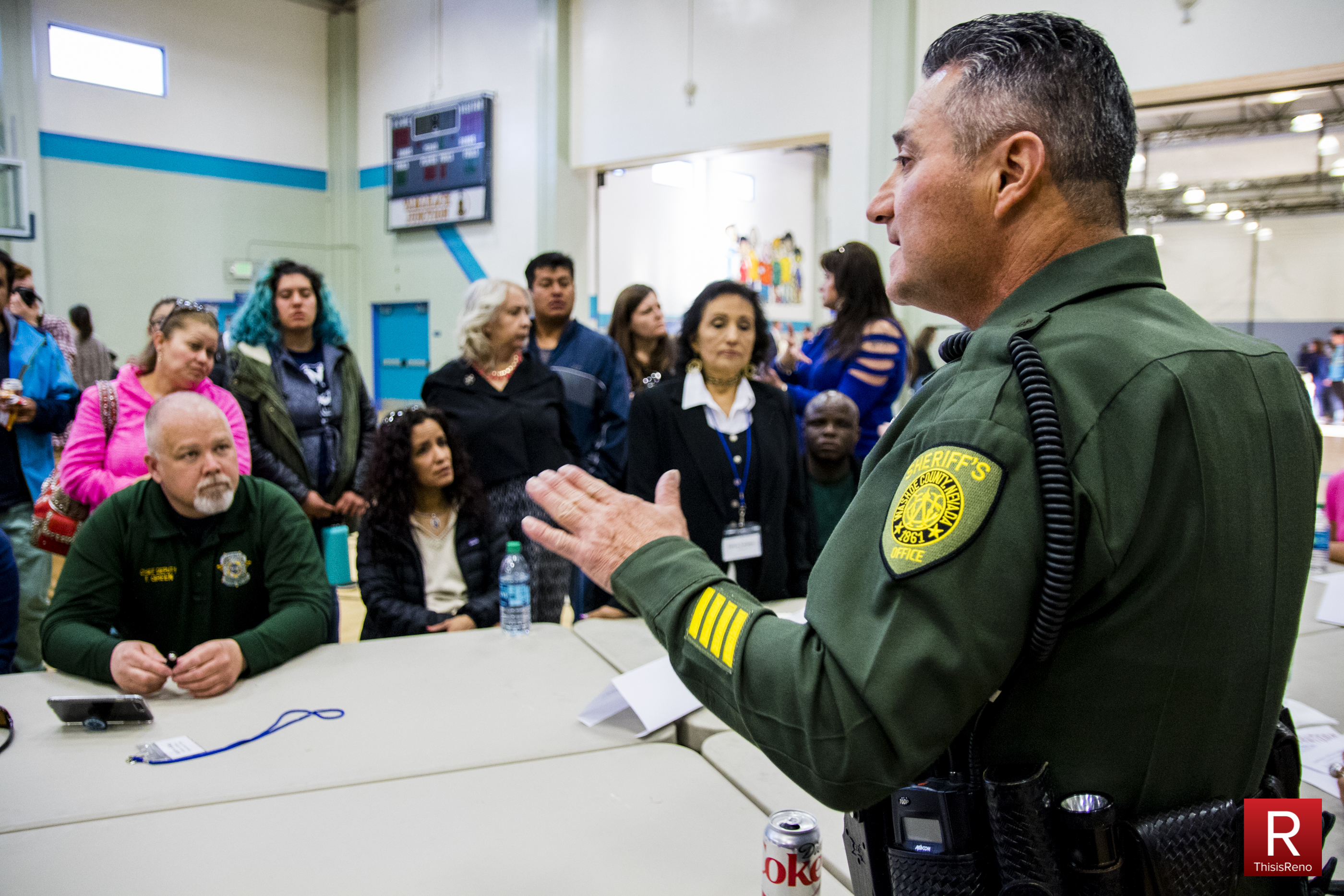 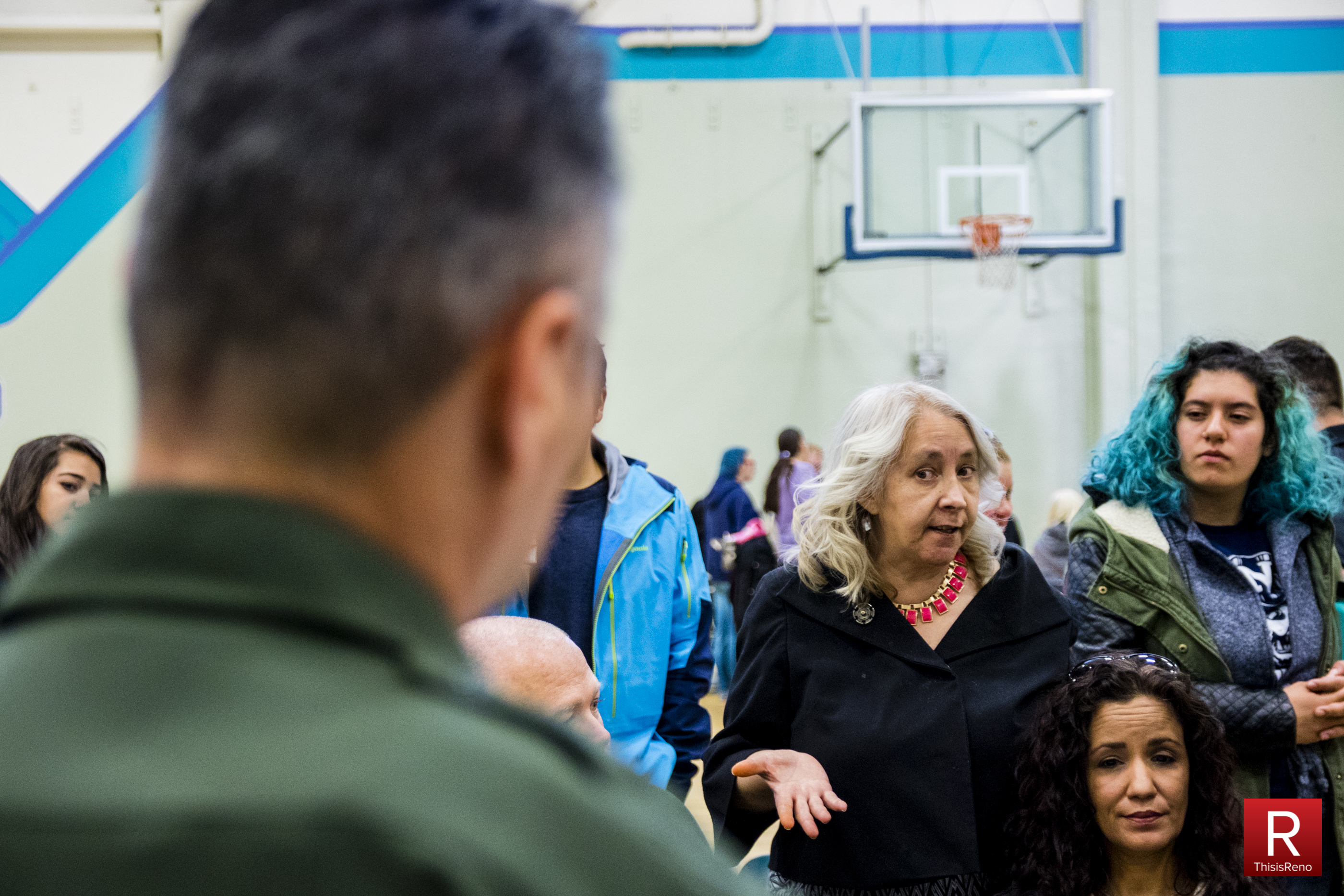 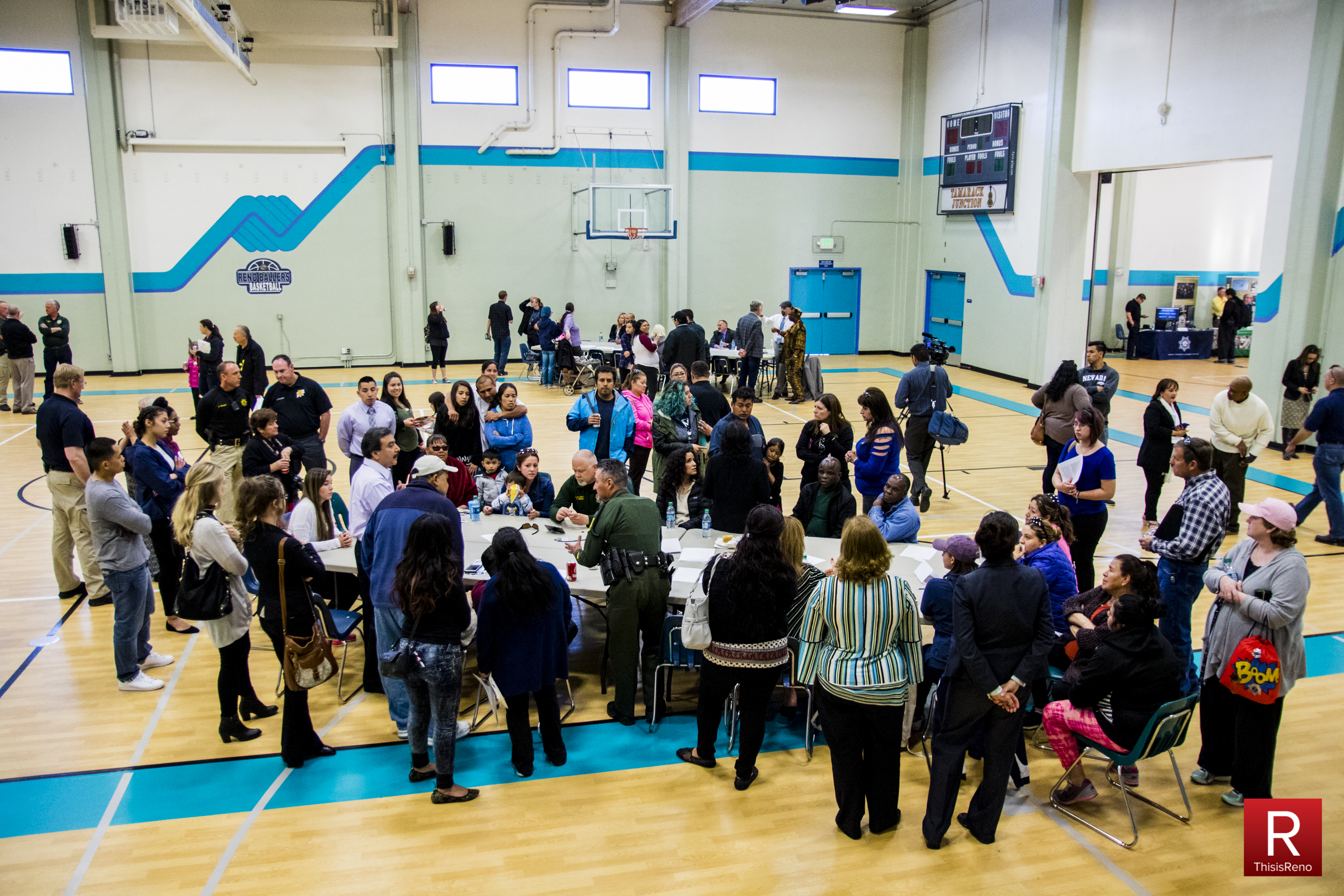 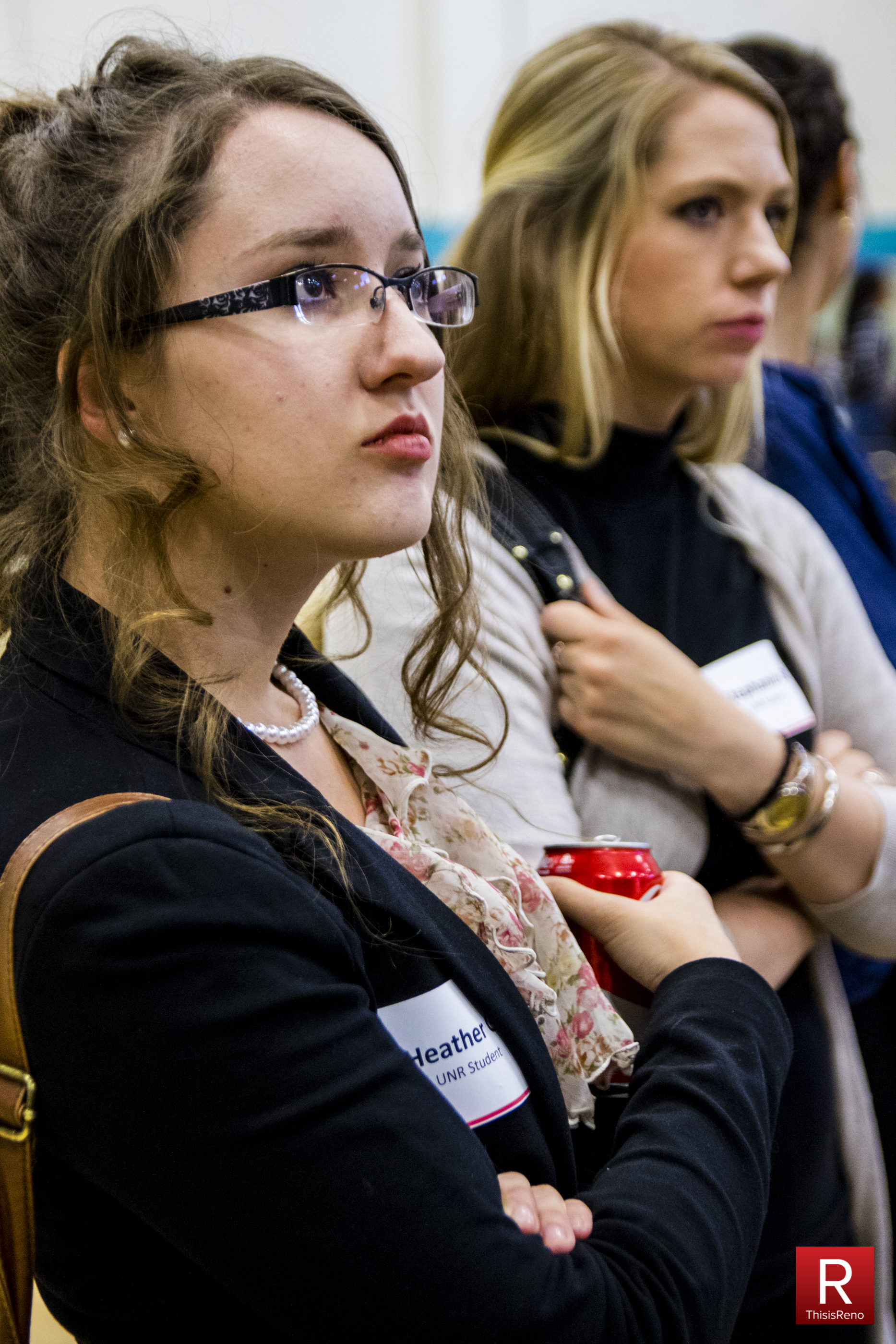 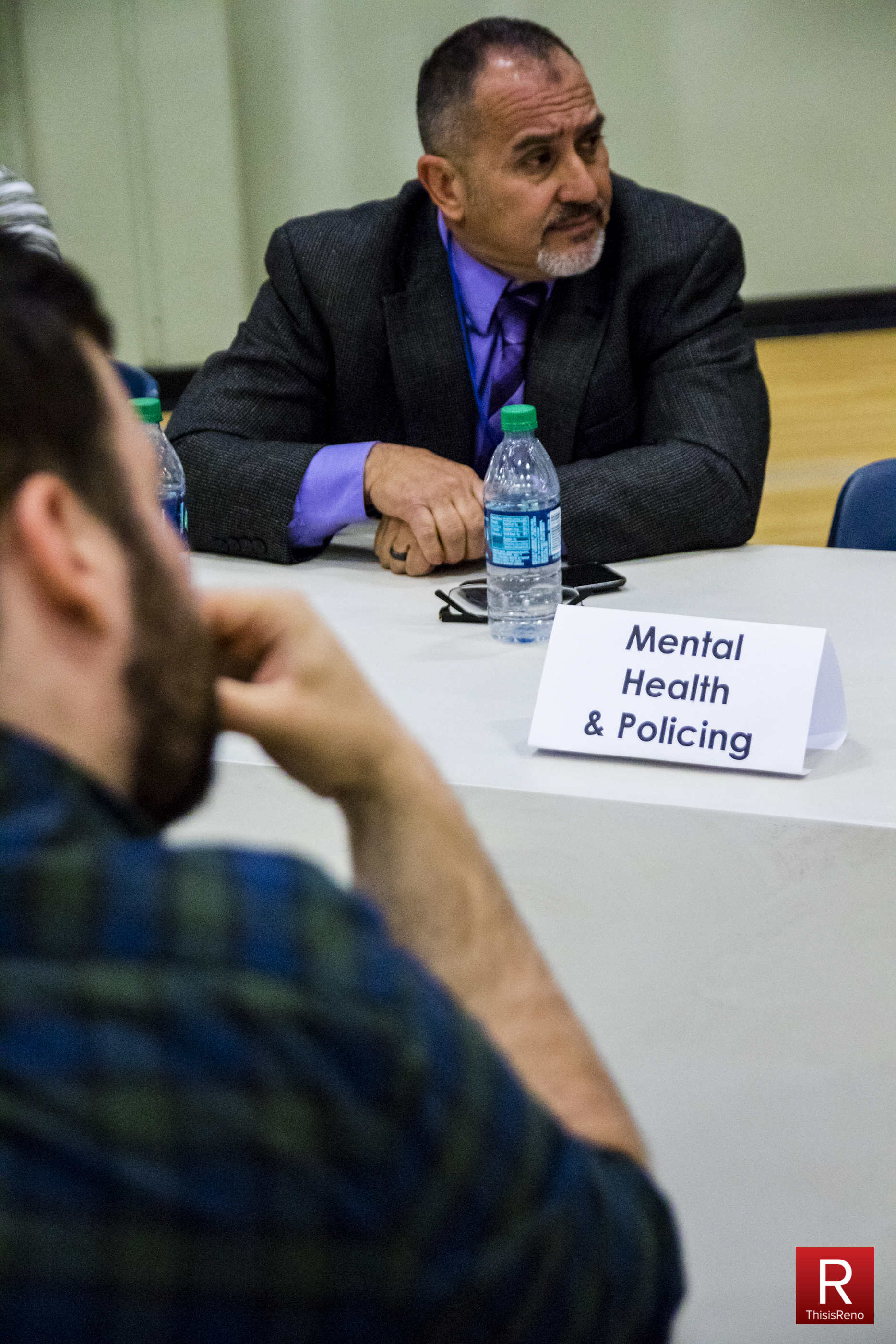 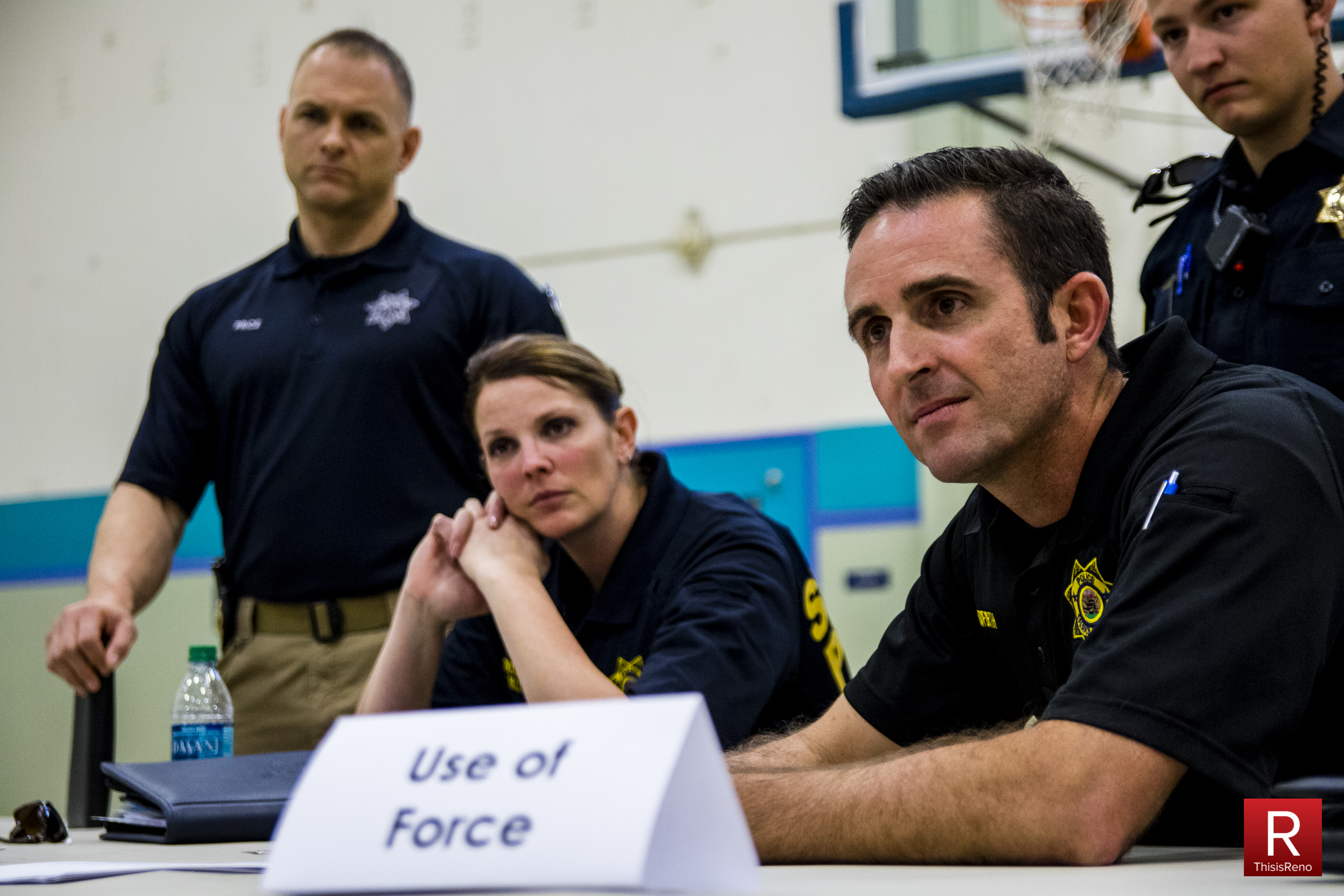 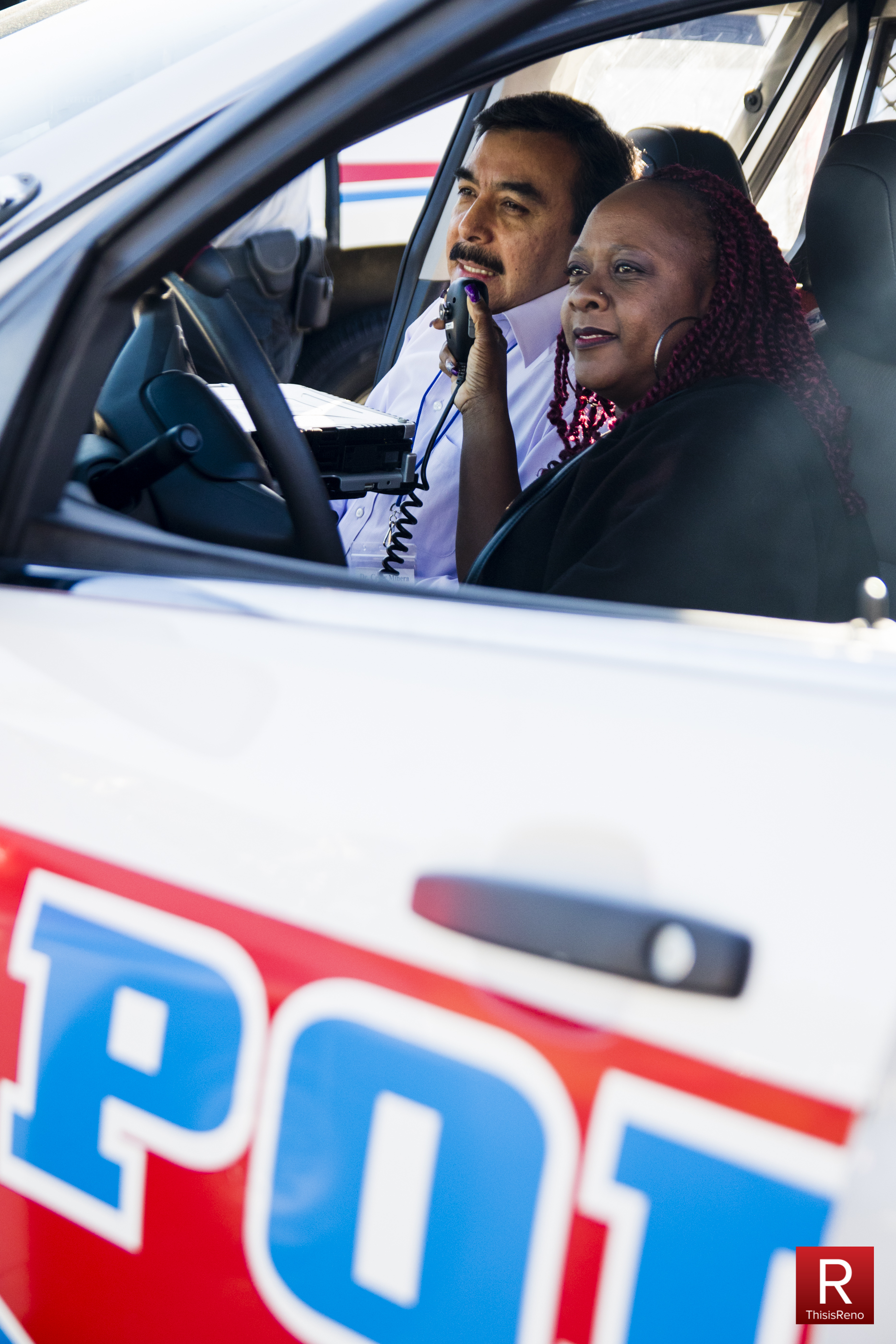 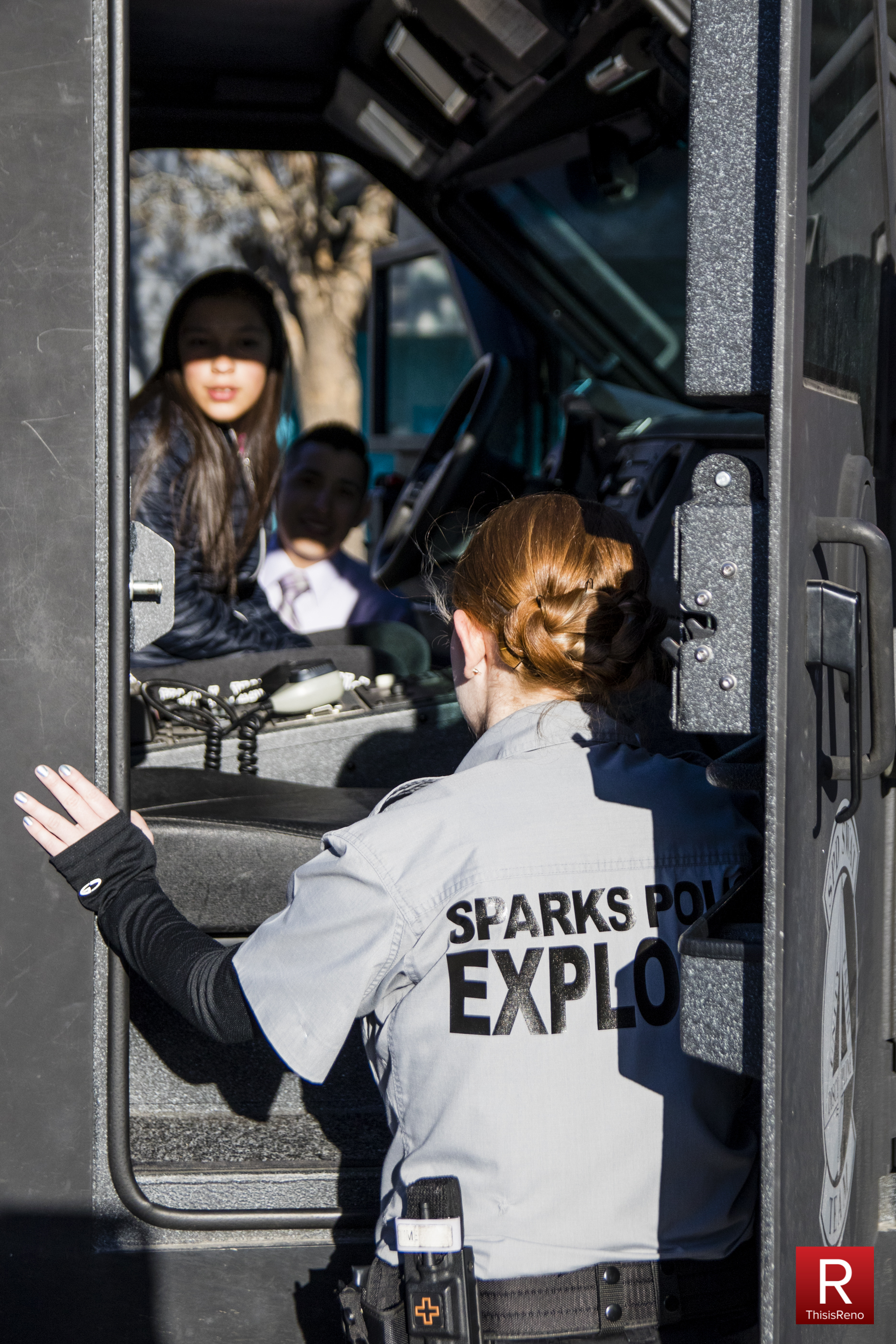 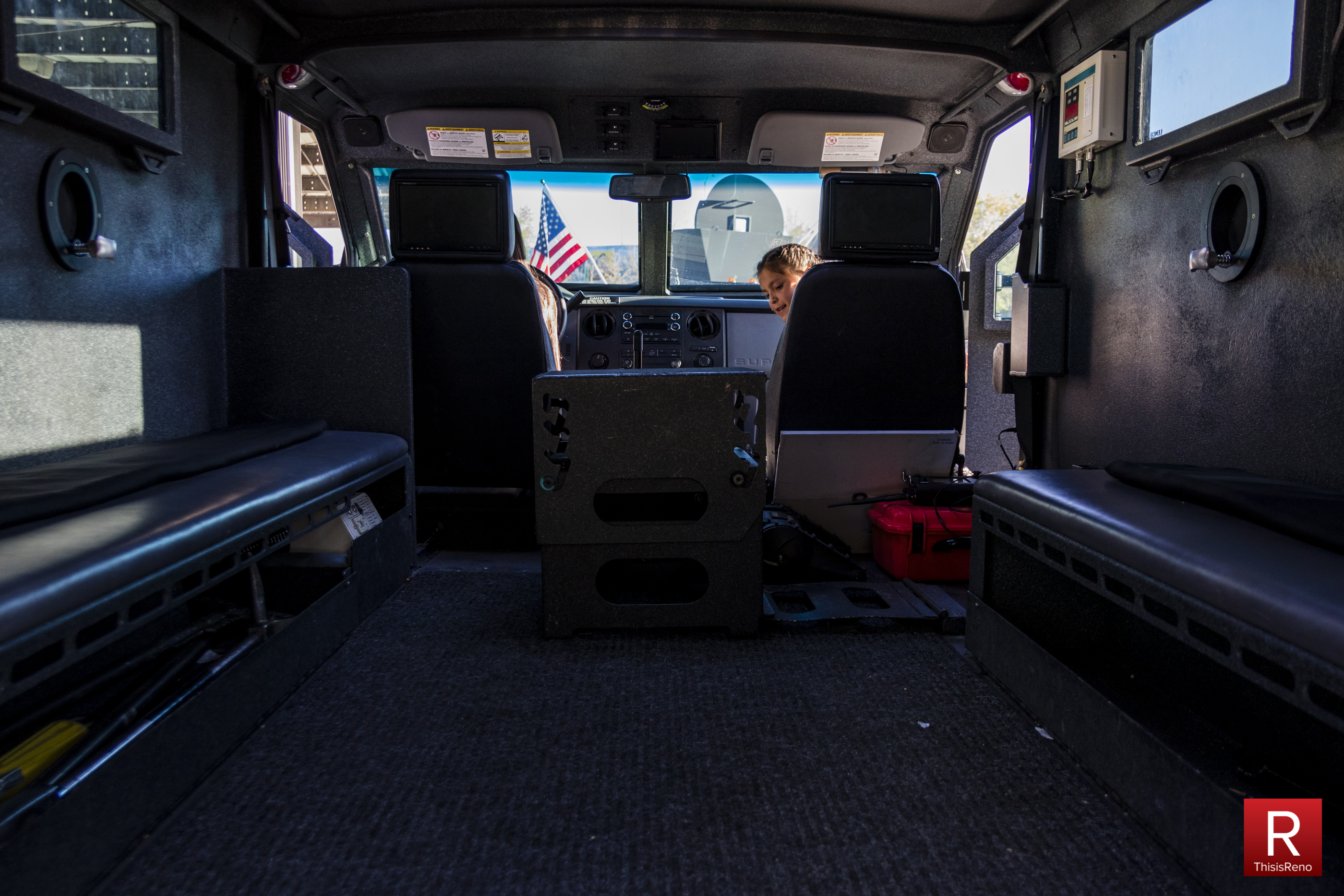 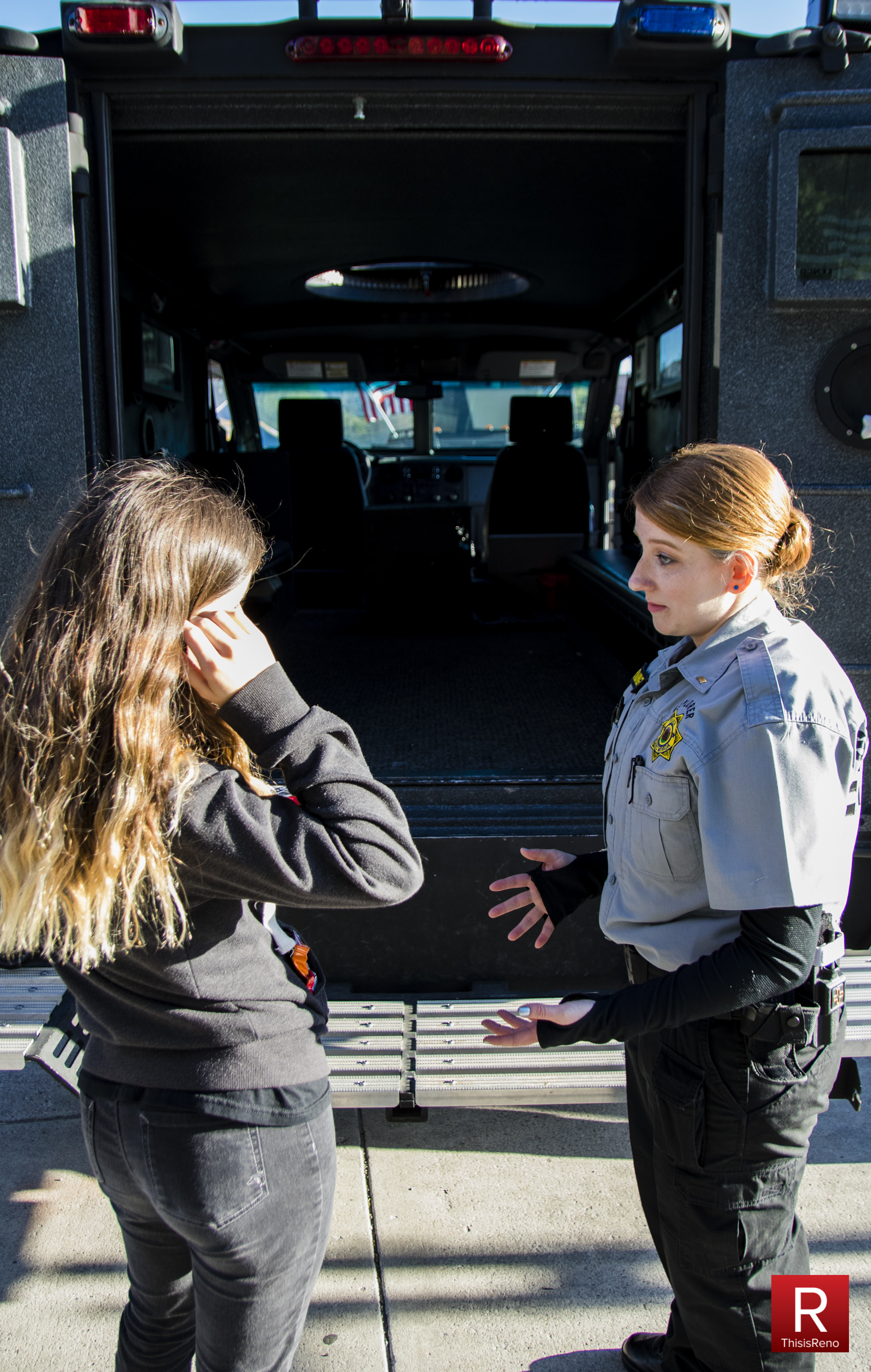 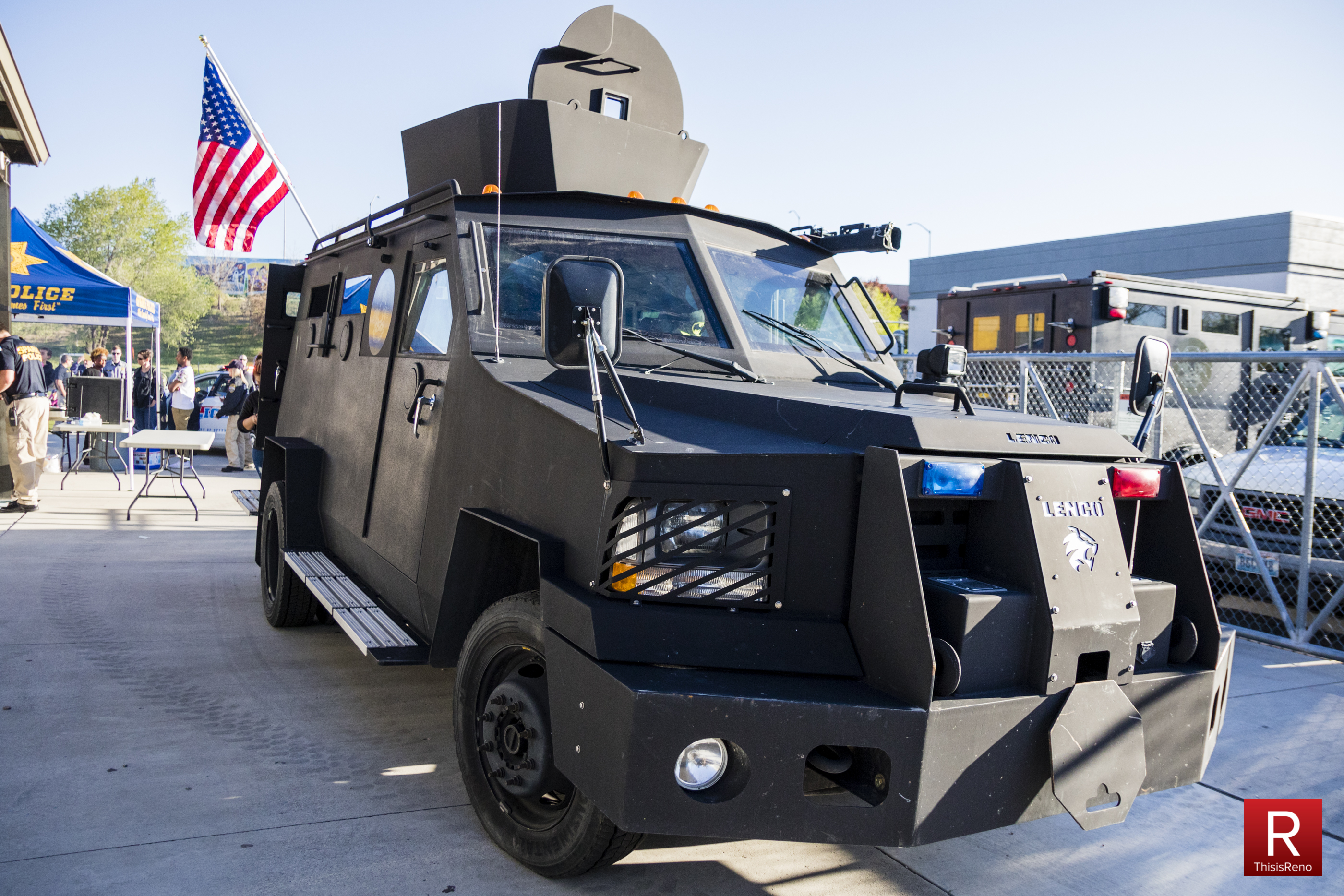 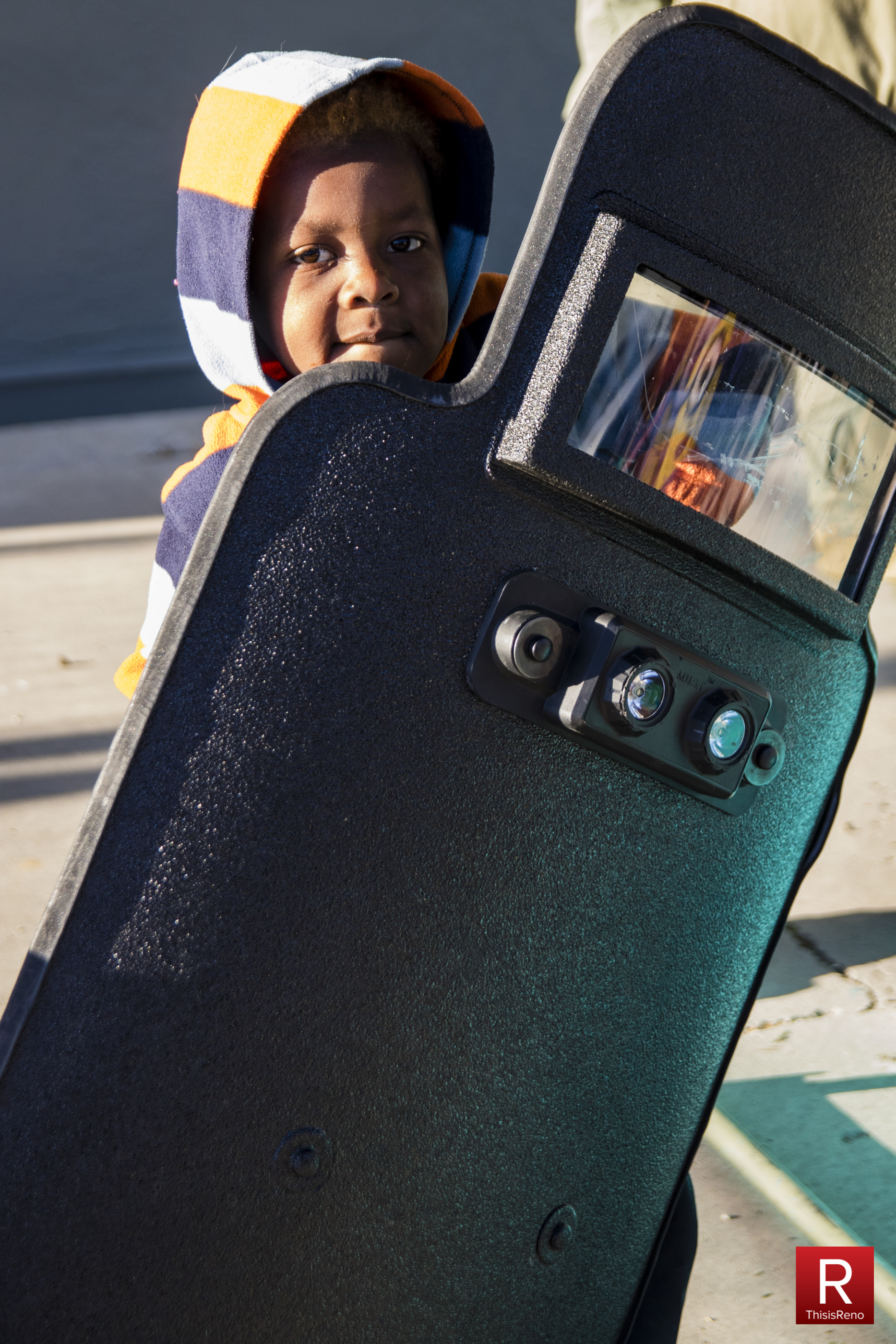 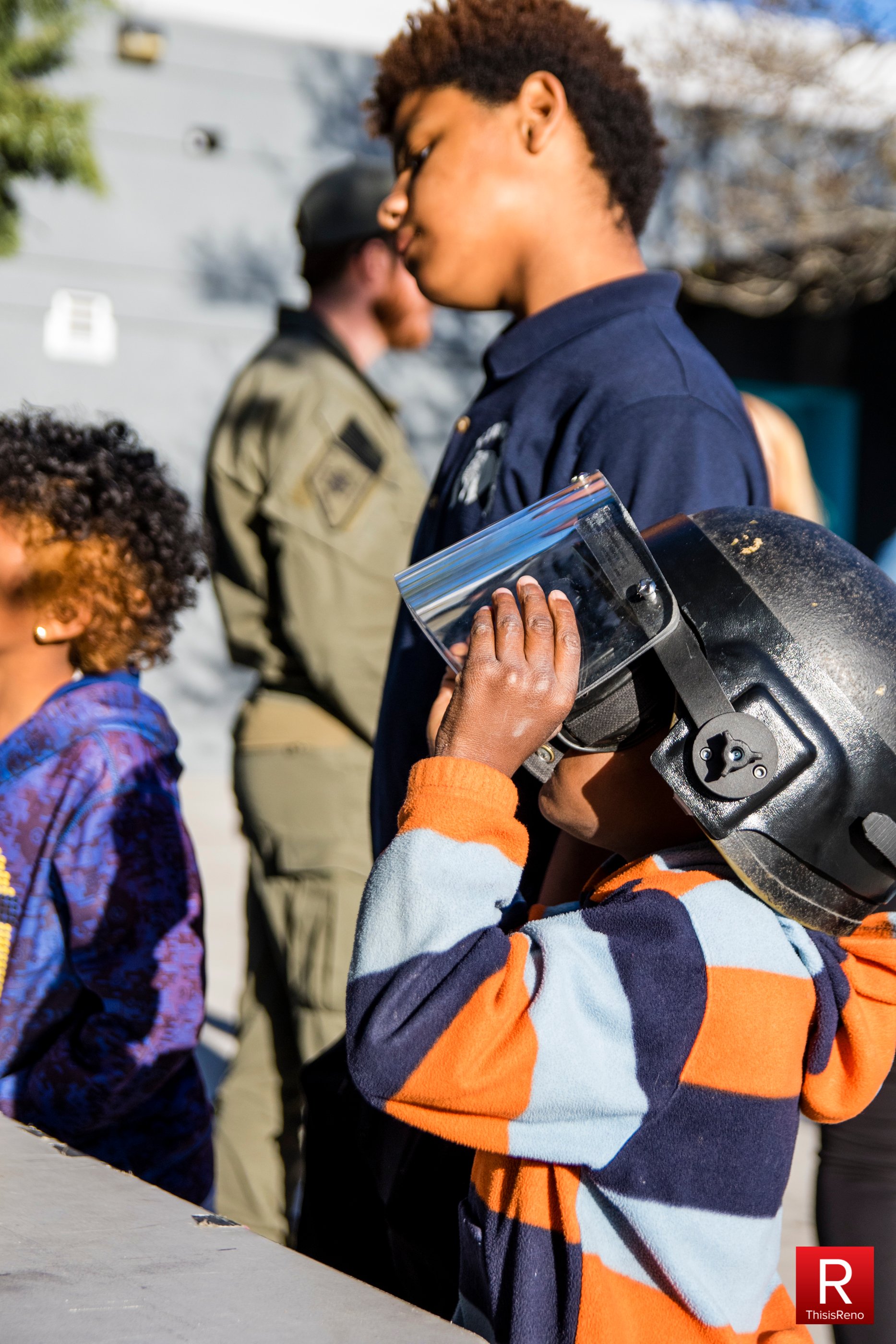 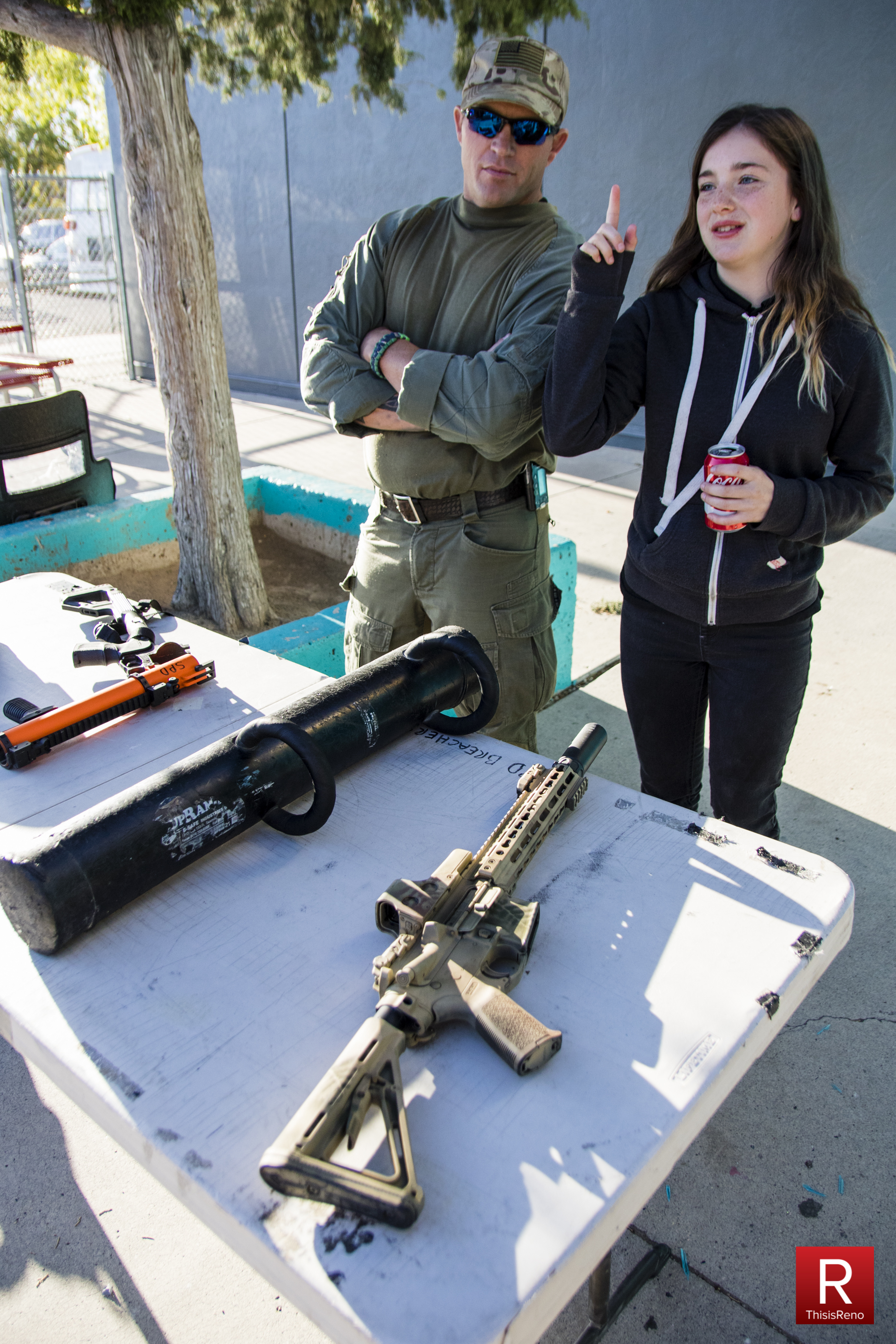 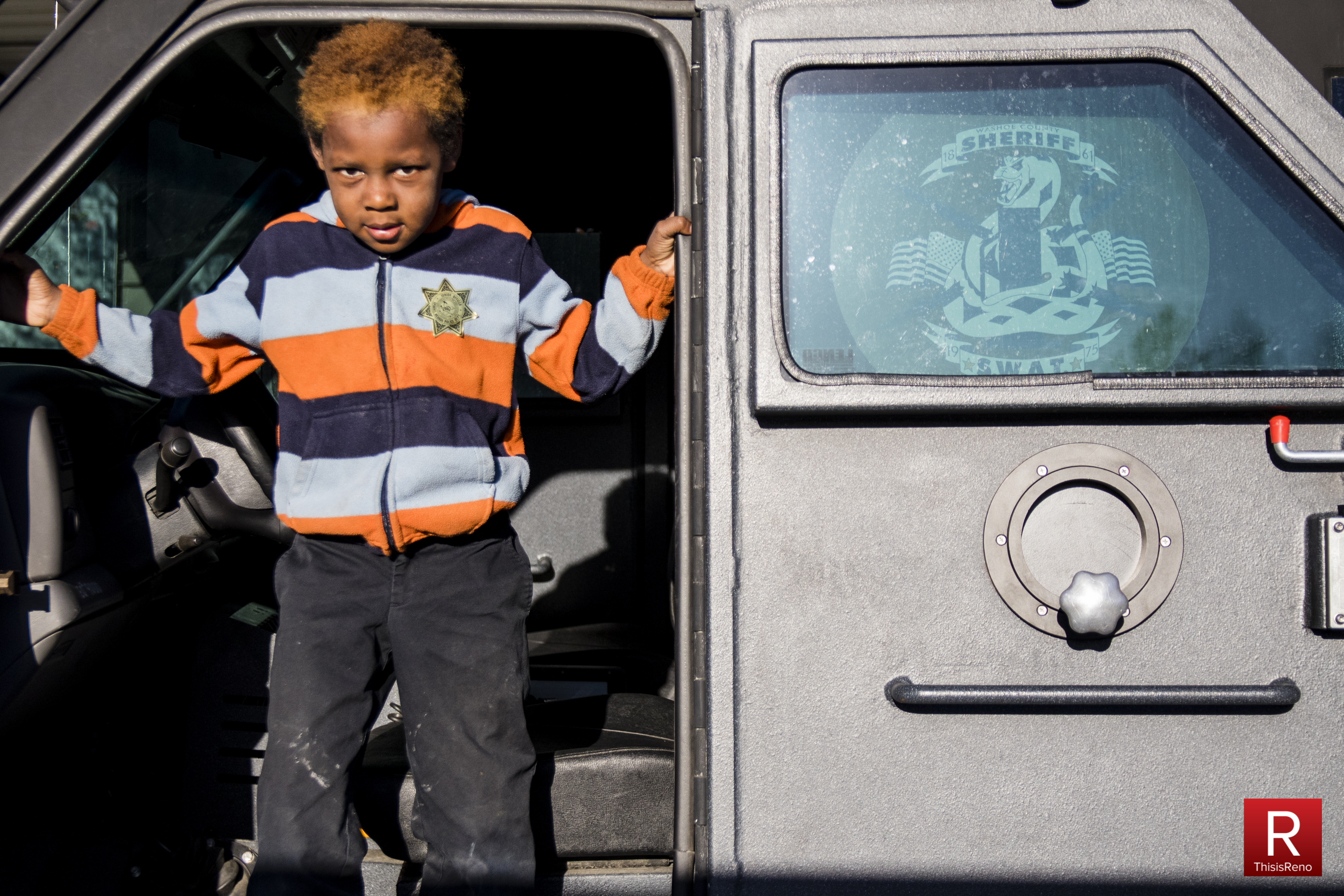 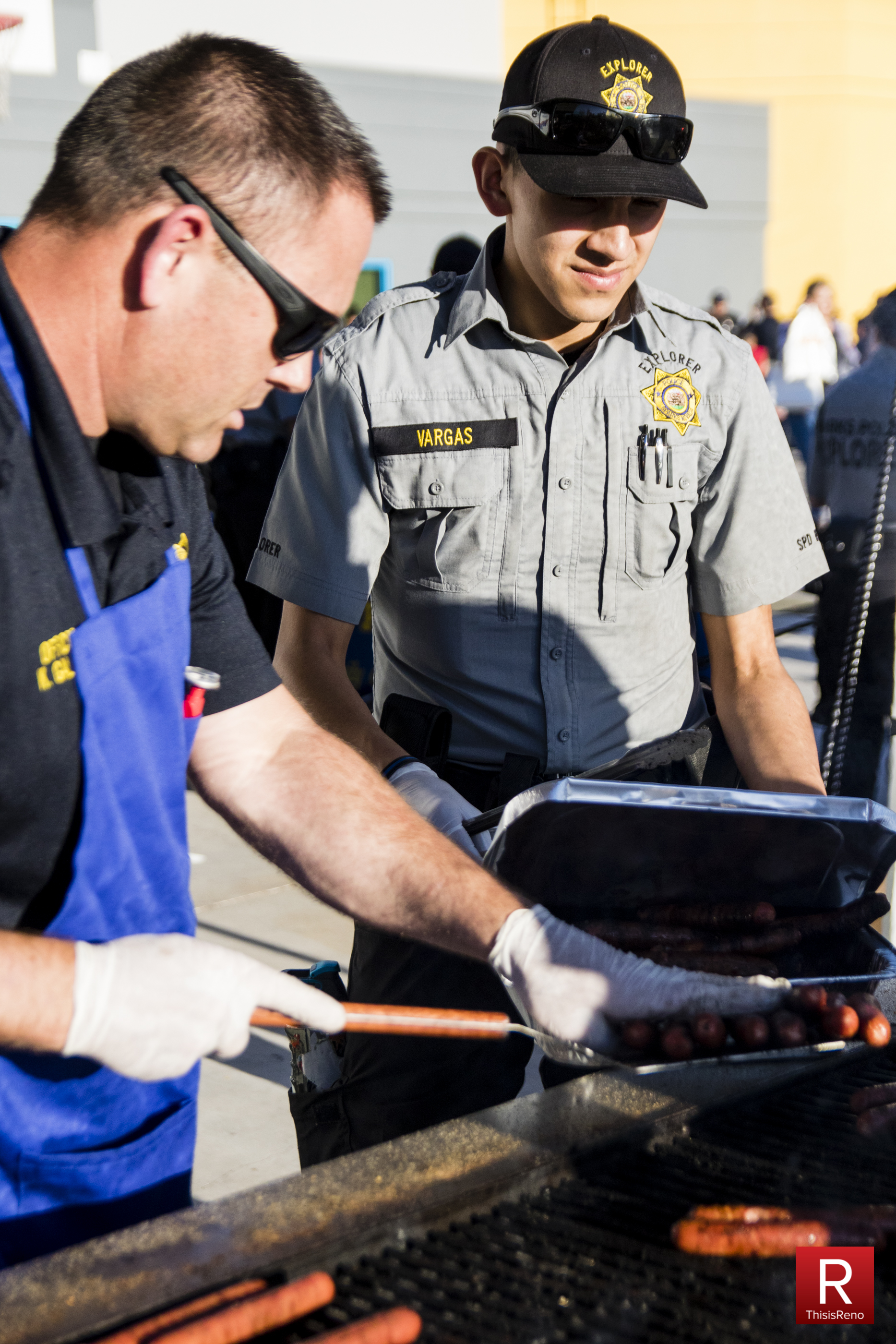 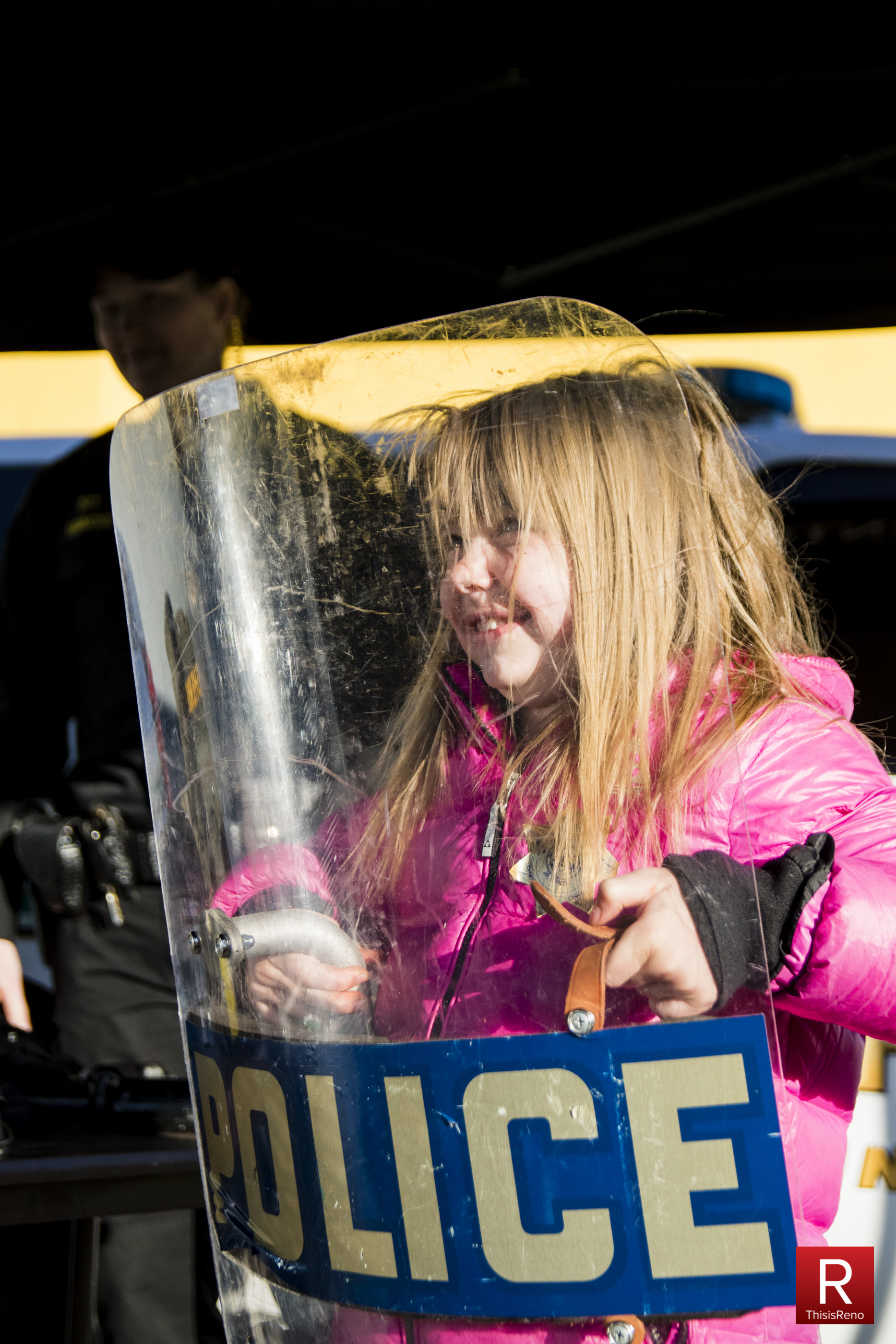 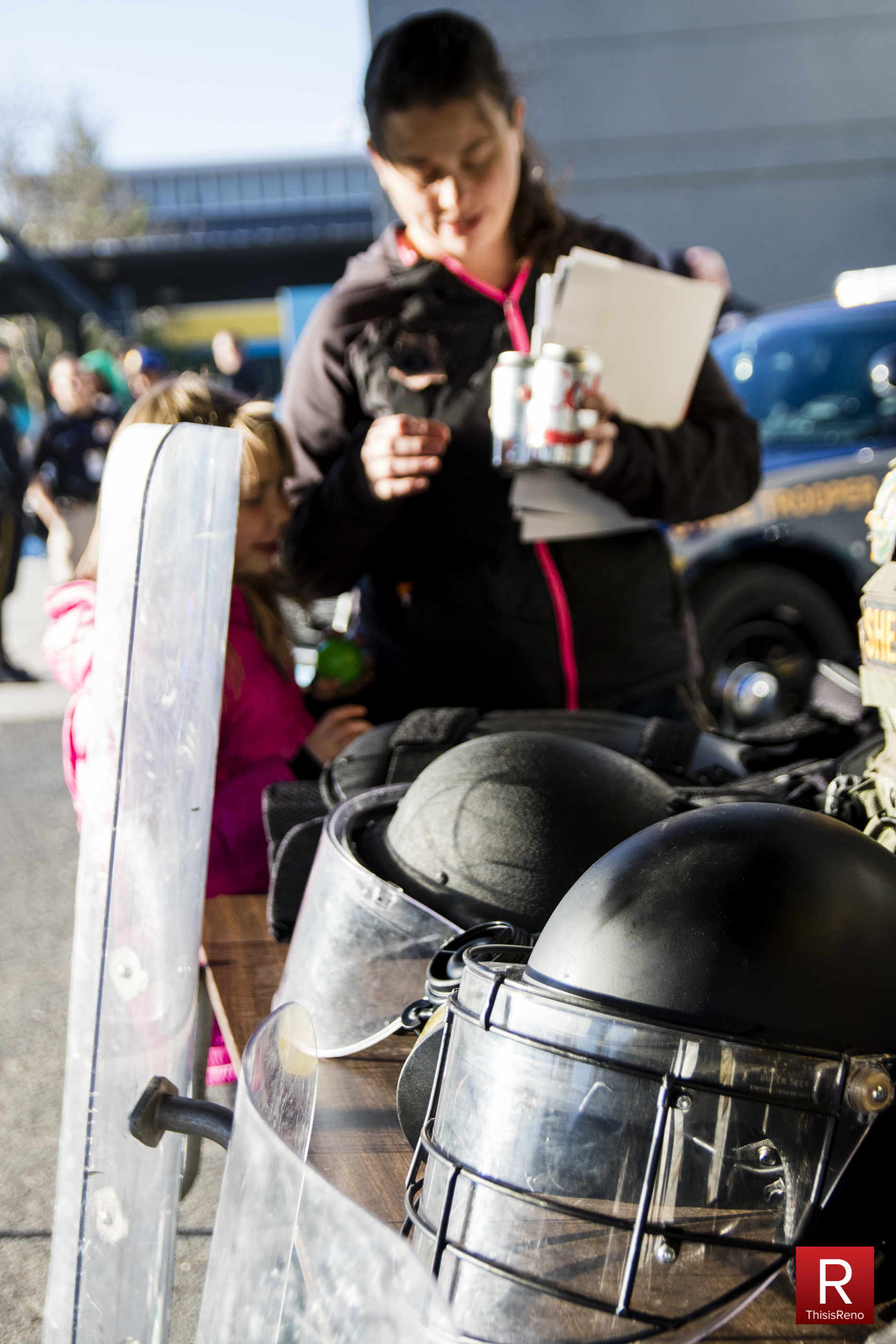 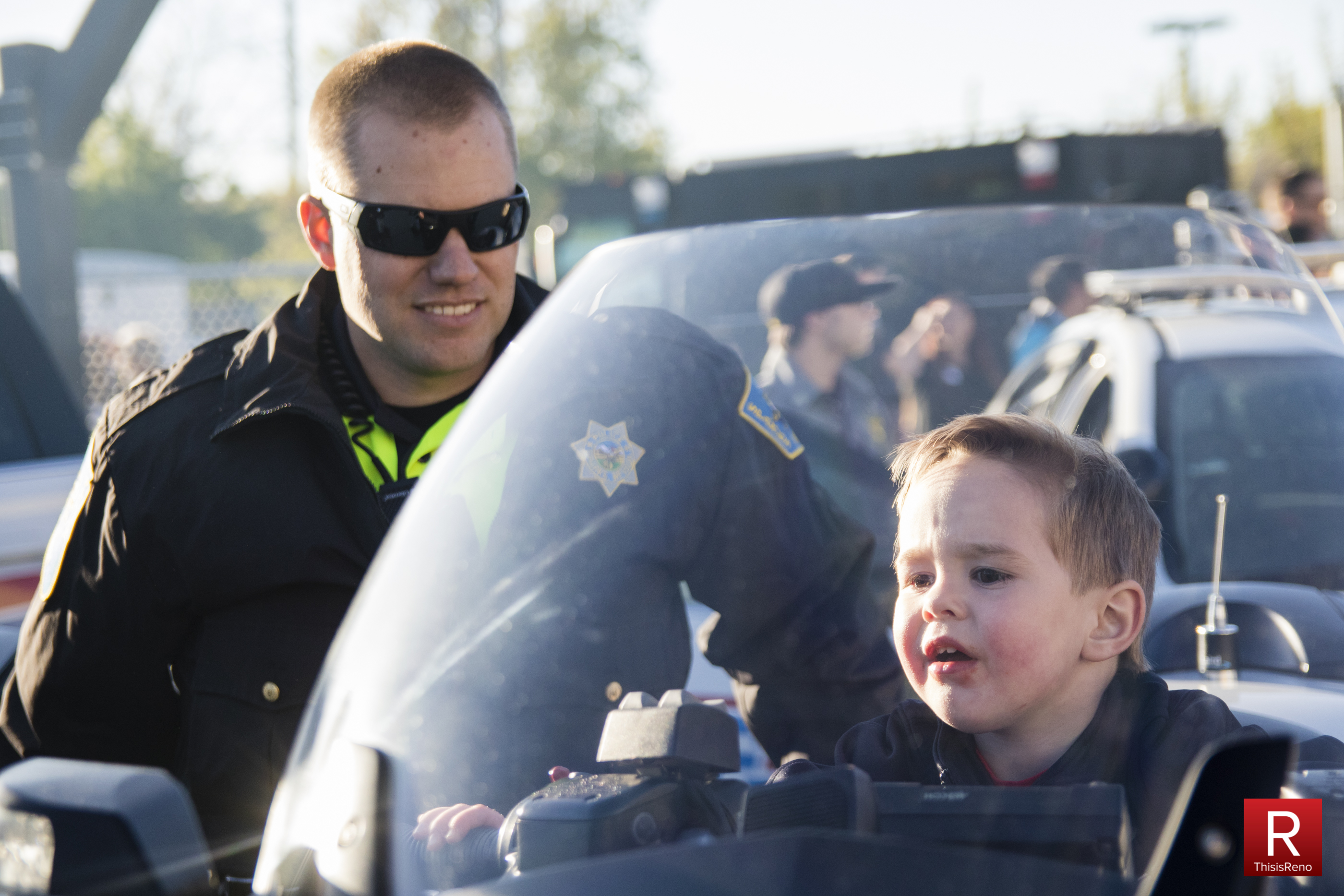 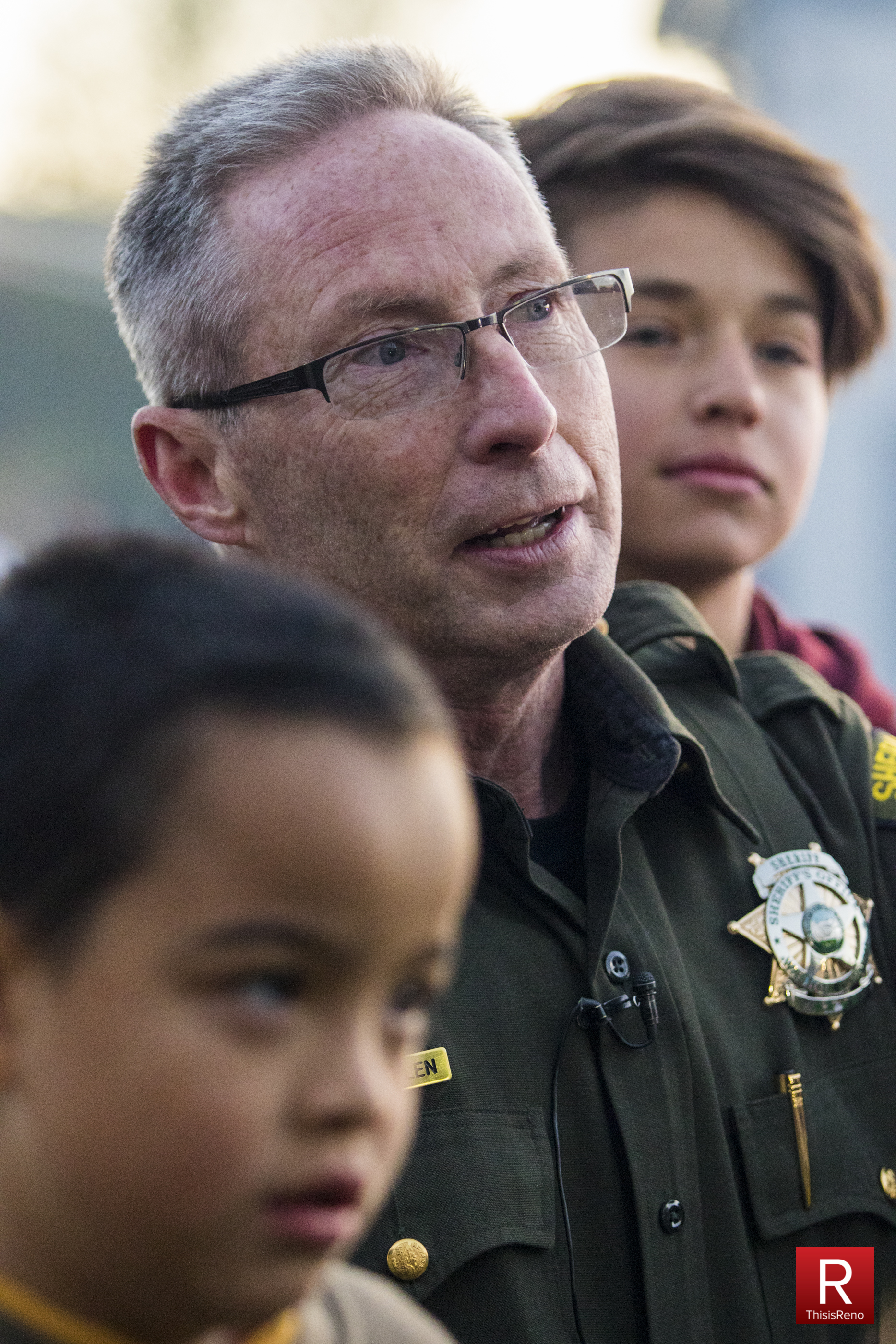