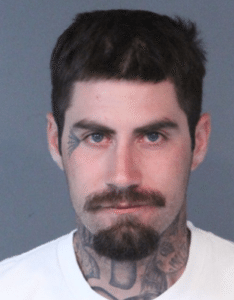 Sosnowski was defending his girlfriend during an incident downtown last September.

Ivy Antonowitsch, Sosnowski’s girlfriend, said that she was trying to prevent Rodriguez from spray-painting graffiti on the Pioneer Theater and a Nevada historical marker. She said that Sosnowski took two photos of Rodriguez, at which point Rodriguez and his girlfriend then approached them. Rodriguez then sucker-punched Sosnowski.

Sosnowski may never fully recover from the attack, according to Washoe District Attorney Chris Hicks.

“The victim, a former college professor, has had to re-learn how to do such basic tasks as walking, talking and eating,” he added. “This Good Samaritan, who only sought to support the movement to improve downtown Reno, was brutally victimized by a useless scourge that has no respect for the work so many have done to improve and preserve our city.”

Rodriguez has to serve a minimum of five and a half years before he is eligible for parole.

Prosecutor Zach Young called Rodriguez a threat to the community. He also highlighted the seriousness of the victim’s injuries.

Sosnowski was not expected to survive, he was in a coma for 15 days and in the hospital for more than six months. He underwent several brain surgeries.

“Hopefully, this sentence brings some level of justice to this brave victim,” Hicks said today.

The annual Marianarchy concert festival, May 12-13, is benefiting Sosnowski.