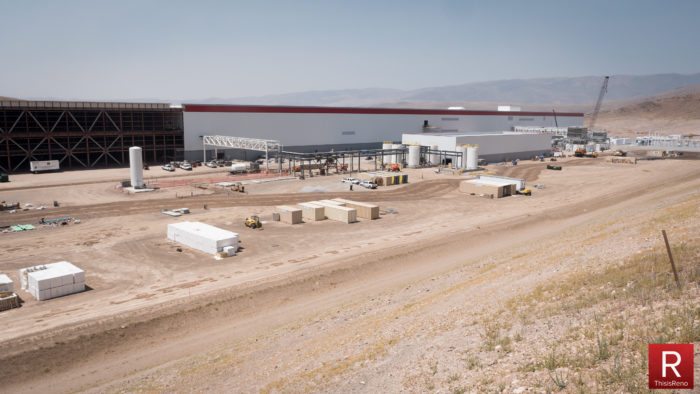 Nevada State Treasurer Dan Schwartz announced today that he is requesting an audit of the Governor’s Office of Economic Development (GOED).

Schwartz said he was specifically seeking “more information on the projects GOED funds which have received substantial tax credits and financial assistance from Nevada taxpayers, including Faraday Future and Tesla. Since 2014, the powers granted to GOED have continued to grow.”

GOED faced criticism when it was uncovered through a public records request last year by ThisisReno that tax credits earned by Tesla last year were sold to the MGM Grand in Las Vegas for $20 million.

It took about six months for GOED to provide the requested documents, and only after ThisisReno hired an attorney to assist with getting the public information from the state did the agency complete the records request. The state agency originally refused to release unredacted information about Tesla’s tax credits until questioned about why certain documents were redacted by state attorneys.

It is the largest amount of transferable tax credits ever earned by one company in Nevada, according to GOED’s Executive Director Steve Hill.

“The ability for them to sell (the credits) is a neutral issue for the state,” Hill said.

Tesla earns credits for investing in job creation and investments in the local economy; the company can then sell the credits at lower than face value to another entity to reduce the buying-company’s tax burden.

Transferable tax credit incentives were approved by the state legislature, but policy experts have mixed views about such state incentives.

“The … audit should examine all documents, confidential or not, which were used by GOED in vetting the projects under (state laws) and the documentation which was provided to GOED which ultimately led to the approval of all projects of these statutes,” Schwartz said.

Schwartz has been a critic of the Faraday deal, calling it a “Ponzi scheme.” He said he wants the audit completed by Aug. 1, 2017.

“The audit will look into job creation data, amount of money invested in the state by everyone involved with the projects, the process that GOED used to qualify the project, and the rationale for what related documentation is deemed ‘confidential,’” he requested. “It is my hope that this audit provides greater transparency for these large scale projects.”

Hill said he would welcome the audit.

“We have spoken with the Administrator of the Division of Internal Audits and have expressed our commitment to fully cooperate with any audit the Division determines appropriate,” he said.

UPDATE: This story has been updated to add a response from Hill about the audit and to add clarifying information.

Thanks, Tesla? Nevada praised for transparency of economic development programs

Tax abatements approved for nine companies in effort to grow...