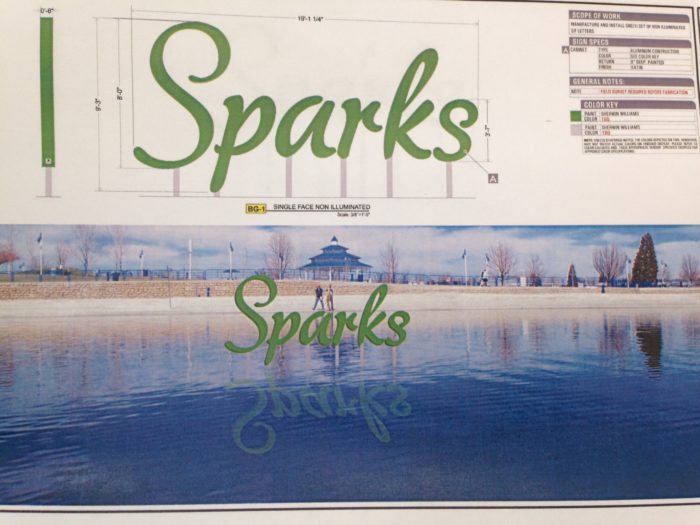 Sparks received approval for $90,000 on Thursday from the Reno-Sparks Convention and Visitors Authority (RSCVA) to have over-sized letters identifying the city installed at two parks to better promote its individualism.

“Tune in and you’ll see the Reno Arch,” Smith said.

Boating events scheduled this year at Sparks Marina include U.S. Open of Watercross and the International Dragon Boat Festival, and Smith said the city needs some good ways to brand itself. 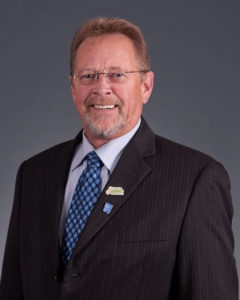 “Televised events will automatically zoom in on these letters, identifying Sparks as the location of these events,” Smith said.

Reno Mayor Hillary Schieve noted the BELIEVE word sculpture at City Plaza has attracted more attention than expected and that Sparks could benefit from something similar. The 12-foot-tall piece was made by Northern California artists Laura Kimpton and Jeff Schomberg as an art piece at the Burning Man counterculture arts festival, which is held each summer in the Black Rock Desert.

RSCVA Chairman and Washoe County Commissioner Bob Lucey suggested partnering with the Burning Man collective, which has set up art at the county facility.

“Burning Man is one of those signature, legacy events that draws people from all across the world,” Lucey said. “I’d like to see that stuff in Sparks, at Aces ballpark, at the convention center…”

RSCVA board member Nat Carasali supported the funds but suggested a formal stance be put in place for future solicitations to be sure all municipalities are treated equally.

Reno recently got almost $90,000 from the RSCVA to repair its iconic arch downtown on North Virginia Street.