REVIEW: Songs and Stories with Lyle Lovett and Vince Gill

Story and Photos by Nick McCabe 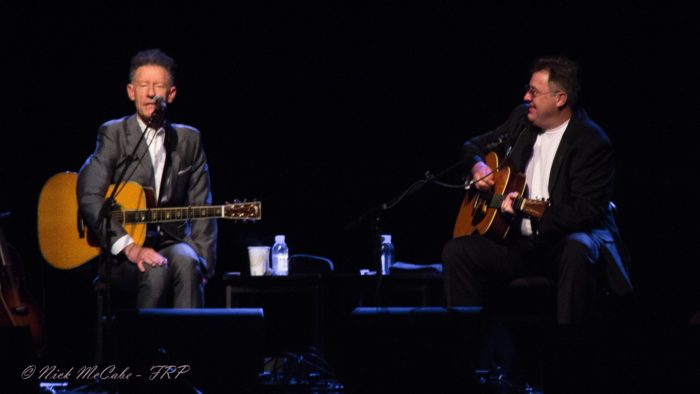 I think I need to pay attention to what I’m going to see.

I’ve seen Lyle Lovett and His Large Band many times. In 1993, shortly after marrying Julia Roberts, his show opened with the silhouetted beauty of Julia coming to center stage to introduce Lyle and His Large Band, only to turn out to be a bearded roadie in a dress.

I saw Vince Gill about two years ago here in Reno.

I envisioned a huge band on stage and two iconic country legends swapping songs and stories. Well, we got the latter, but it was just Lyle and Vince on stage. I was a little disappointed at first, but once I realigned my expectations and focused on what has there versus what was not, I was pulled in and completely enjoyed the show.

The Silver Legacy in Reno brought Lyle Lovett and Vince Gill to the Reno Ballroom Saturday night March 25, 2017. The two of them have been working together since Lyle asked Vince to sing background vocals on his second album “Pontiac” in 1987. They have been friends ever since and continue to work together. 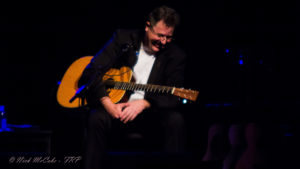 When they took the stage Vince joked with Lyle about how big his room was, “…bigger than my first three houses combined…” to which Lyle responded, “You know we were in the same room don’t you?”

Lyle went first with his hit “I’ve Been To Memphis.” Then Lyle turned the show over to Vince, and he played his hit “One More Last Chance,” which Vince said was “inspired by the later great George Jones.”  When the song was over Lyle shared that he had once played with George Jones in 1986. Vince asked, “Did he show up?” Throughout the show it was two country twangers, taking turns playing their songs, telling stories, and making jokes.

For the most part they did just take turns playing and singing. They played together on a handful of songs, but mostly one crossed his arms on his guitar and watched while the other played. One particular tune that I found to be a highlight that they played together on was Lyle’s song of lost love, “She’s Already Made up Her Mind” on which Vince played some beautiful backup and lead guitar. 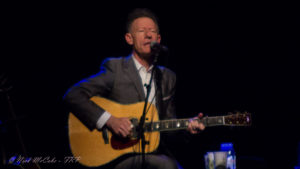 The two of them are both fantastic songwriters, guitar players, and singers. Their voices are as different as silk and gravel. Both of them hit every note every time. Vince’s voice was as smooth as glass all night and Lyle has that coarse, strained tonality that sounds like heartache from the depths of his soul. Put them together and you have the best of both worlds.

This was a guitar picker’s paradise as far as shows go. These two are among the best out there at their craft. Every note rang true and crystal clear.

I thought it odd that most of the time only one of them was playing, but it worked. It was like a living room concert. A big living room. There was no set list. They pulled out songs frequently that you could tell were just a play off of the other one’s story that had just been told. They also played songs that the audience shouted out a couple times.

They wrapped up the body of the show with Vince Gill’s “Liza Jane.” After a brief break they came back for the encore with Lyle’s “If I Had a Boat” and finished the show with Vince’s “This Old Guitar And Me.” As concerts go, this was as easy going and relaxing a show as I’ve ever been to.

Little bits of Lyle and Vince 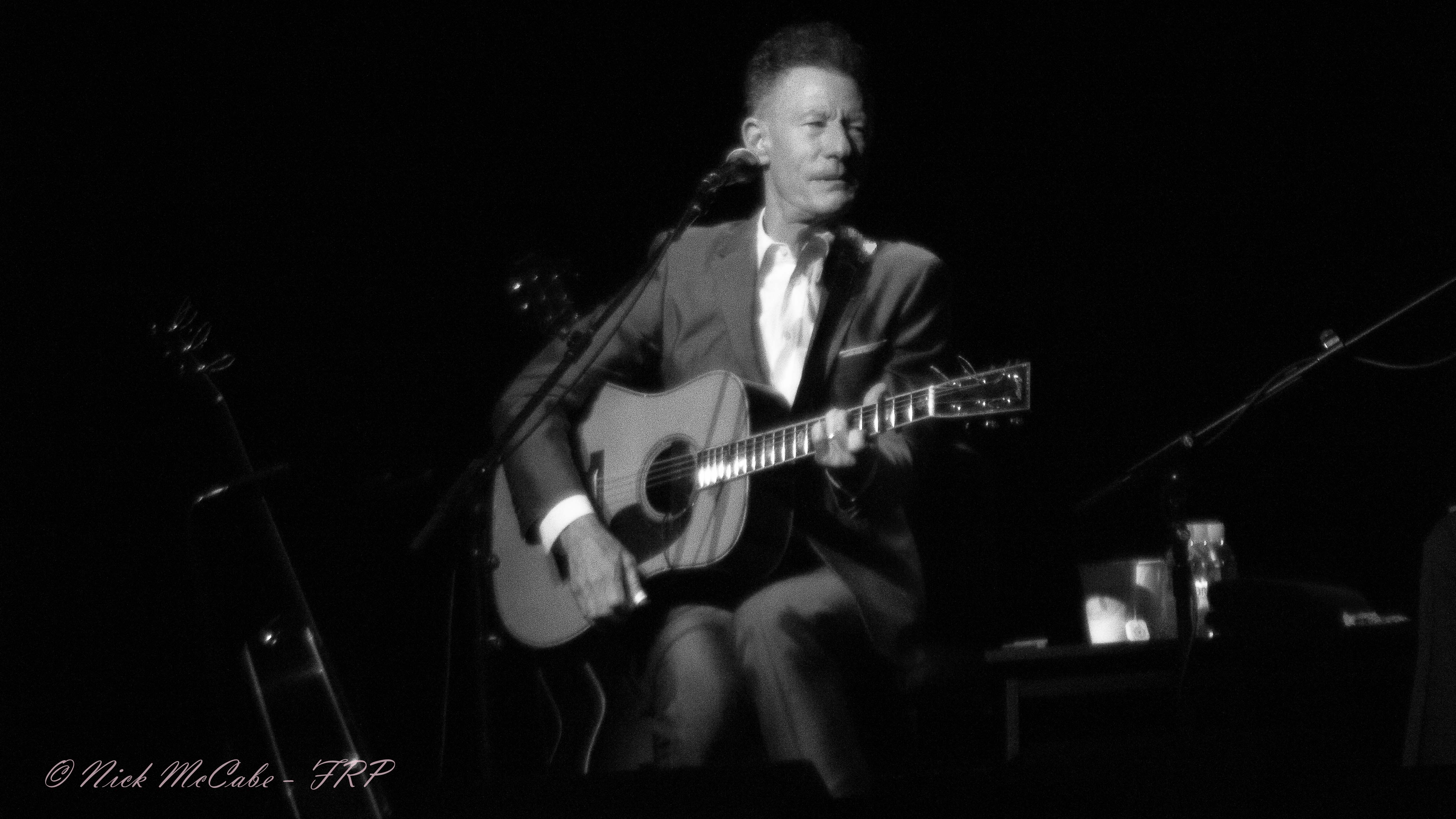 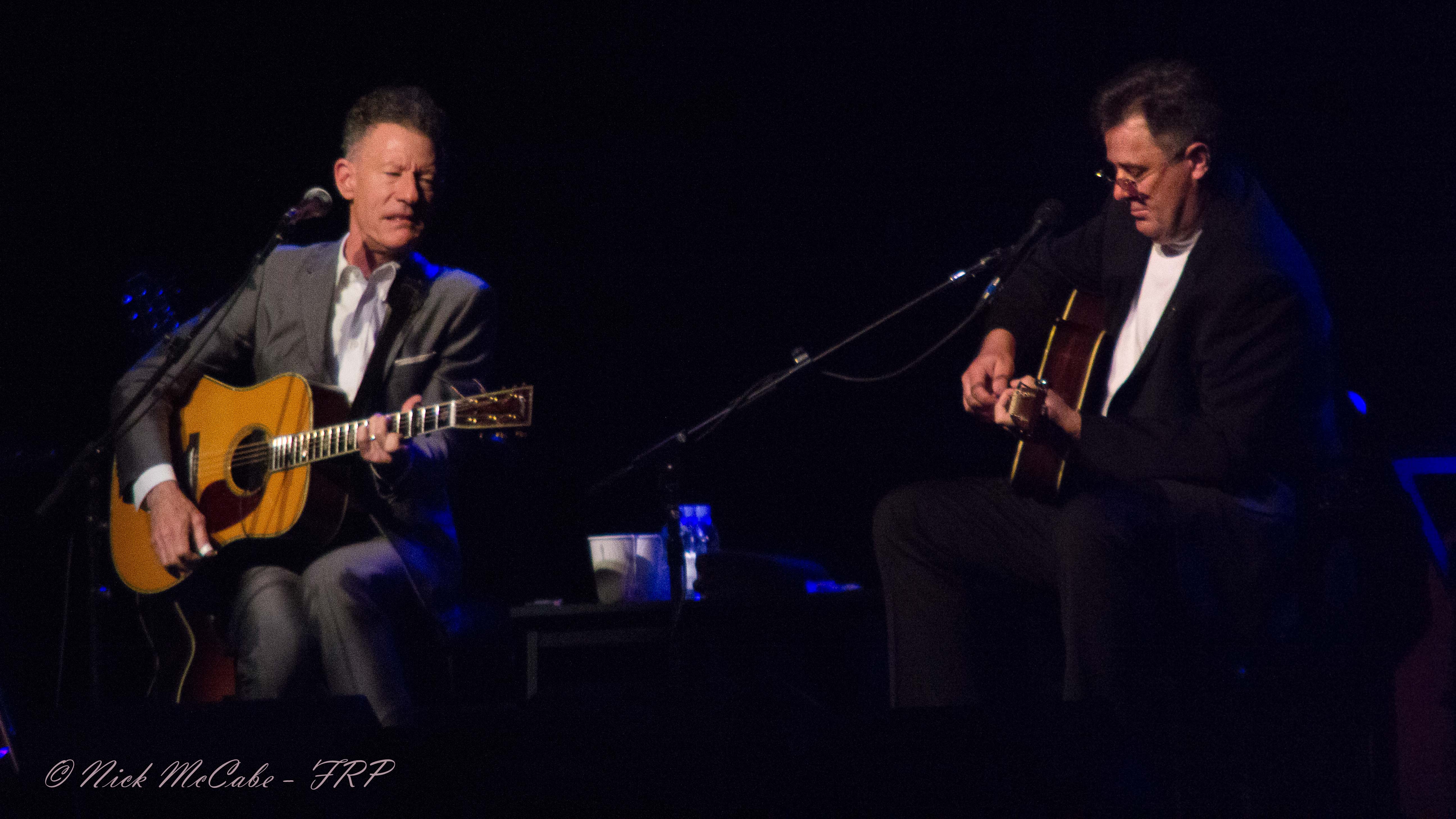 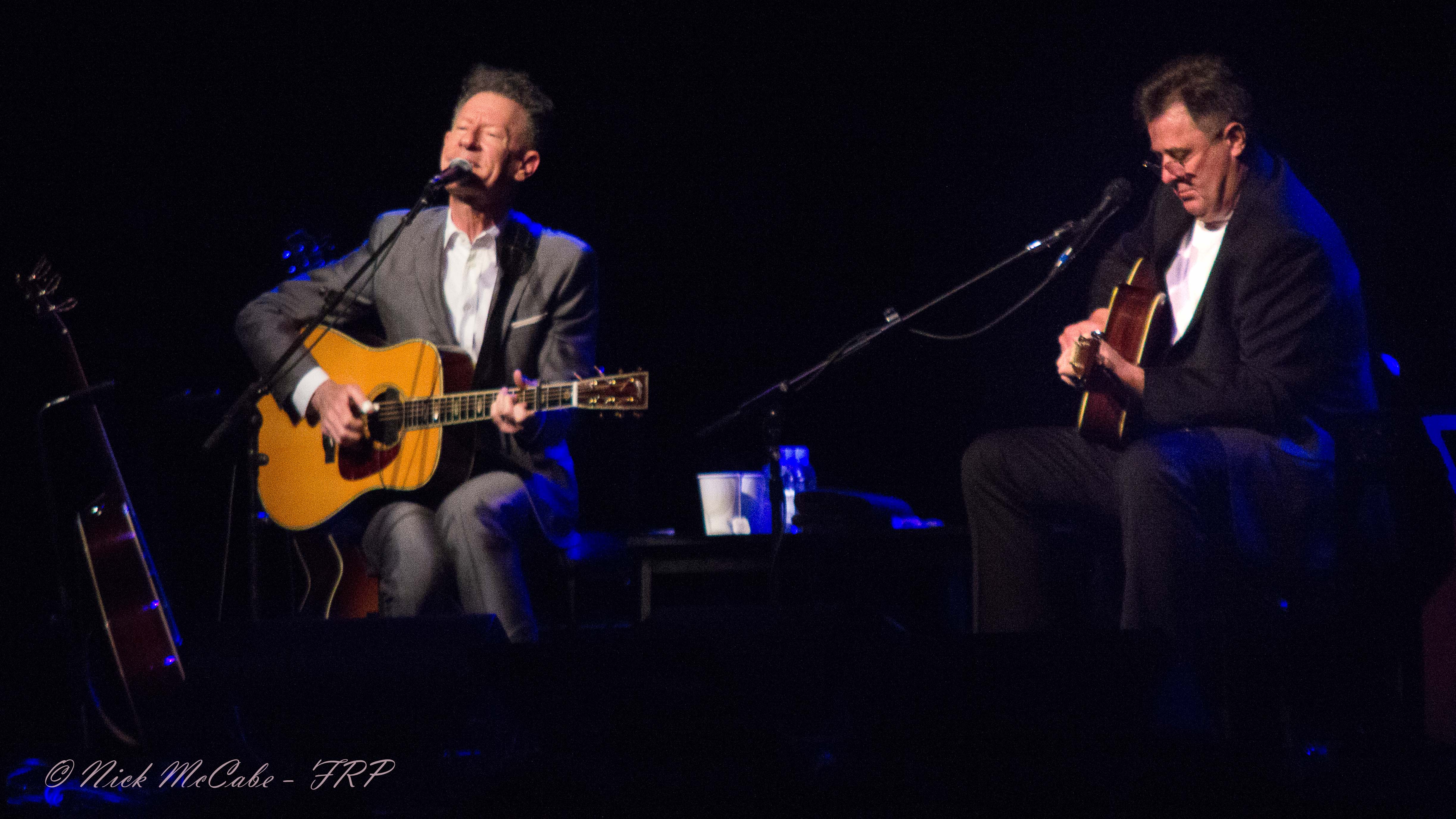 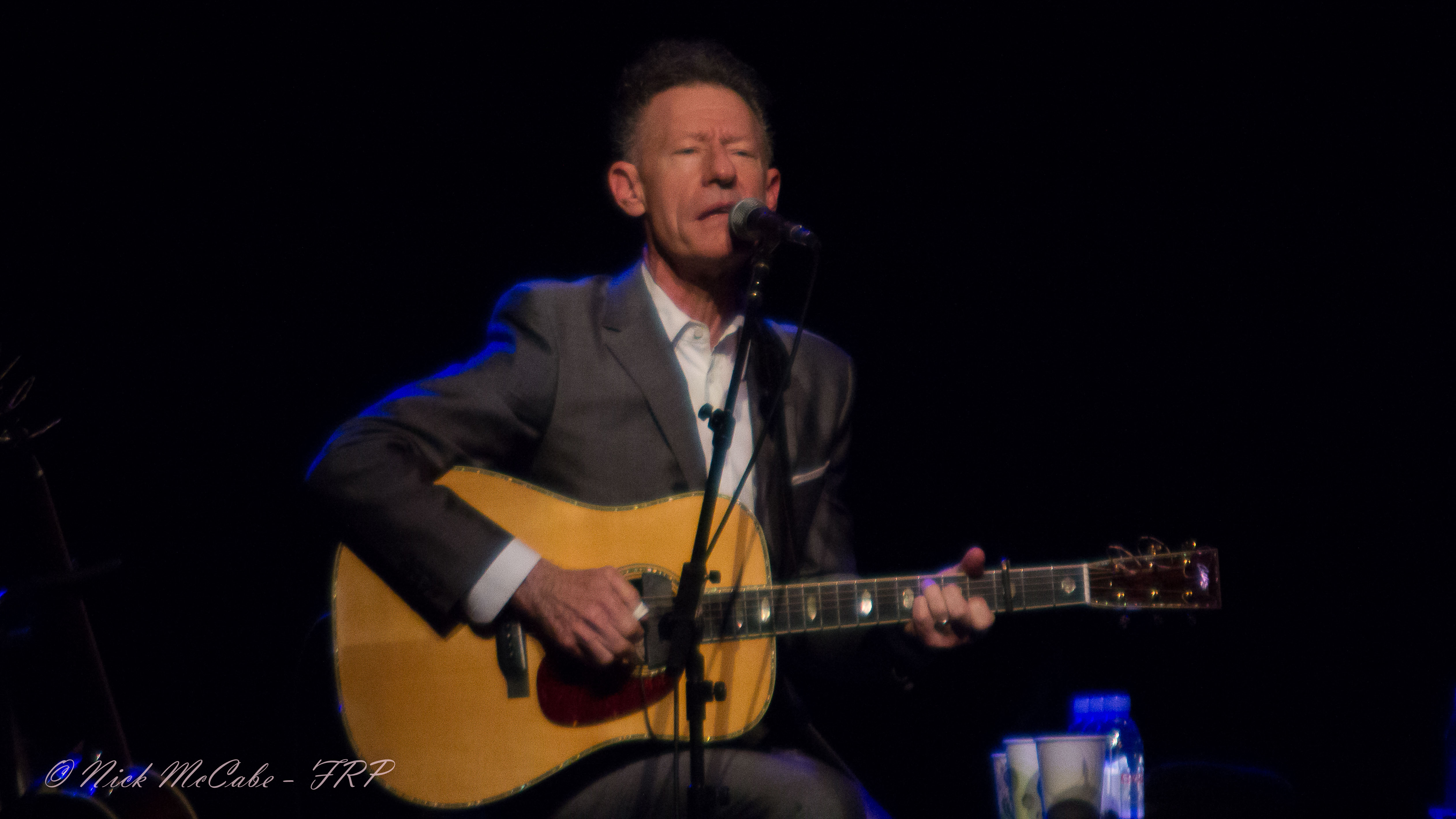 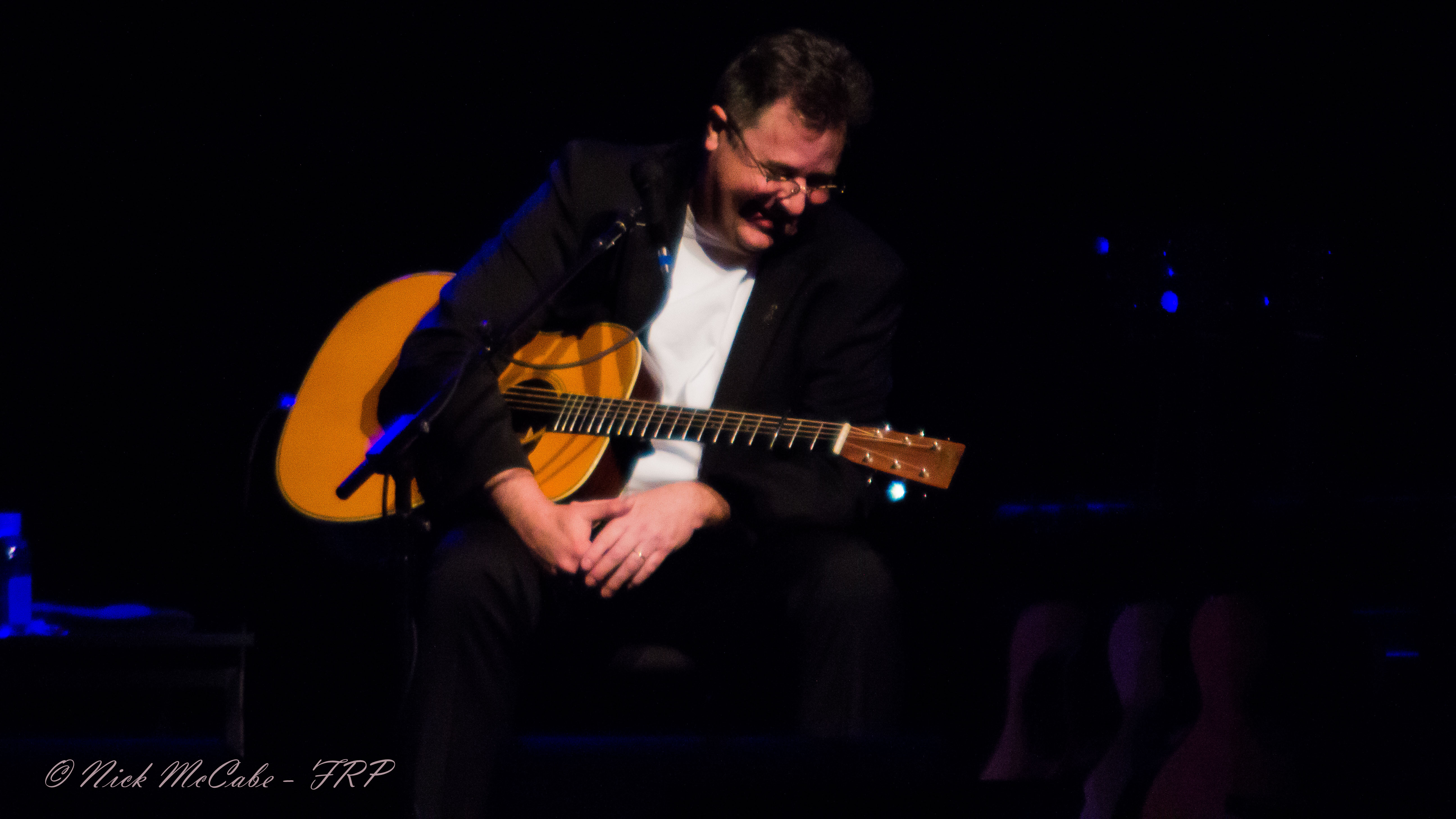 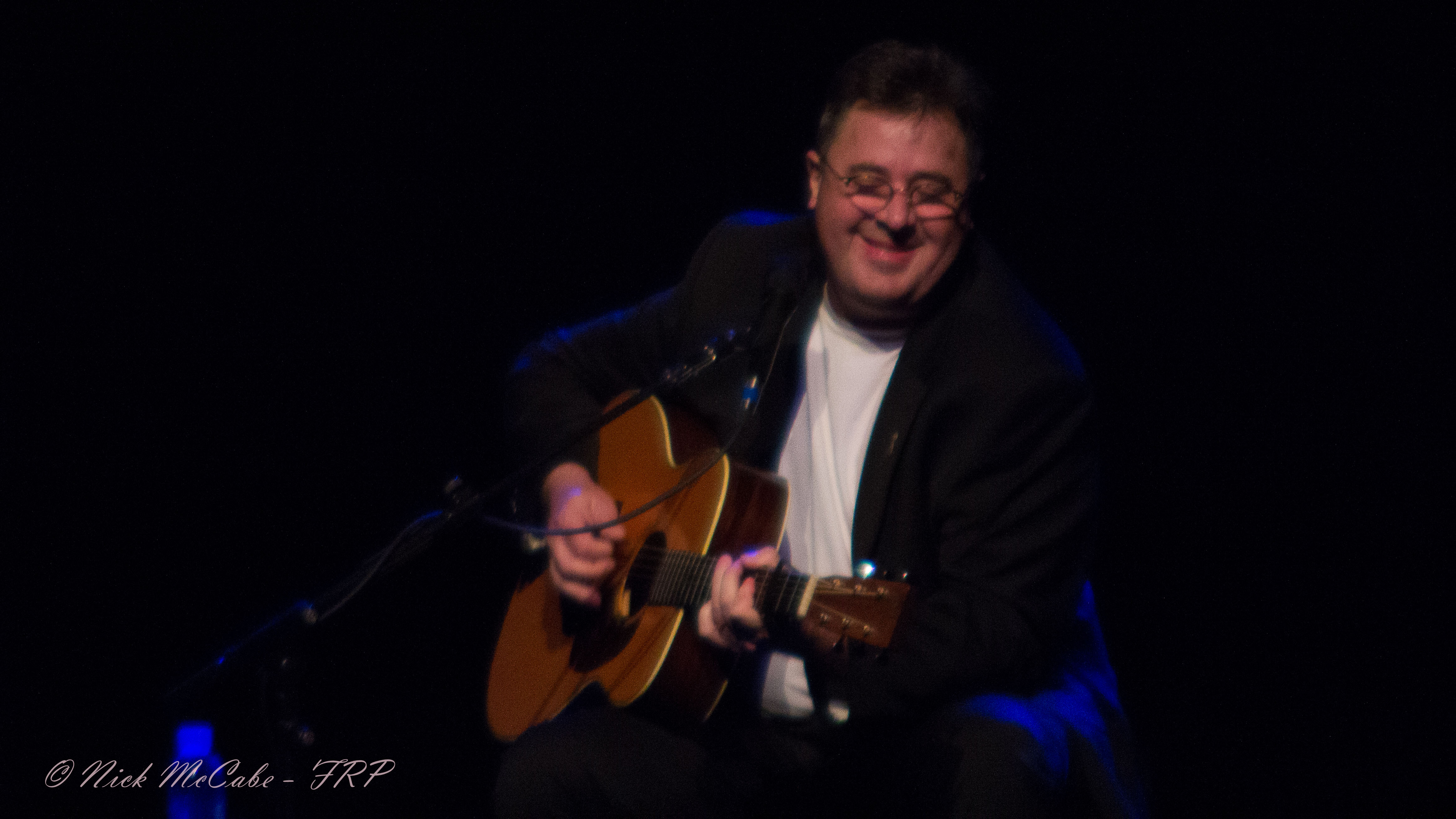 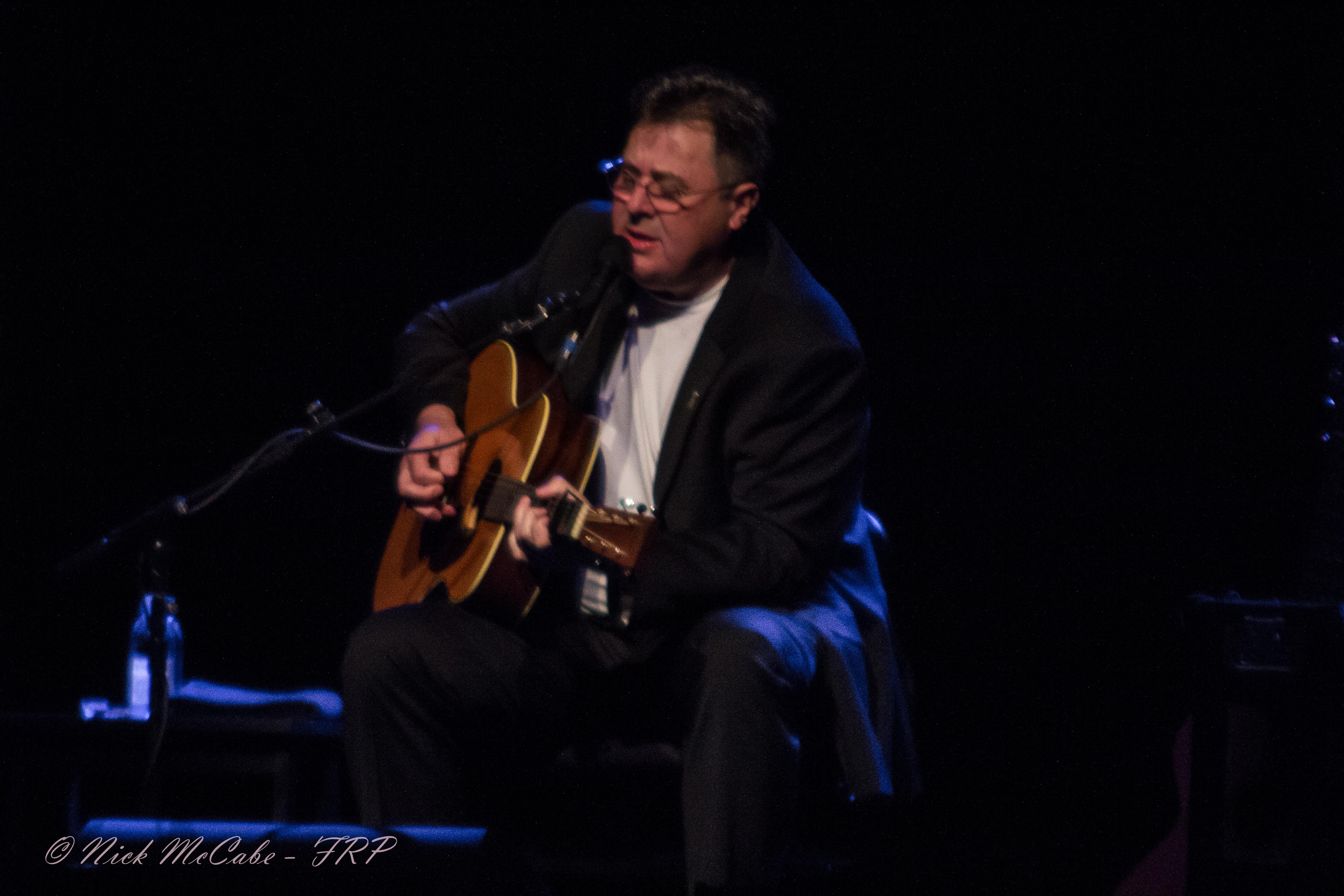 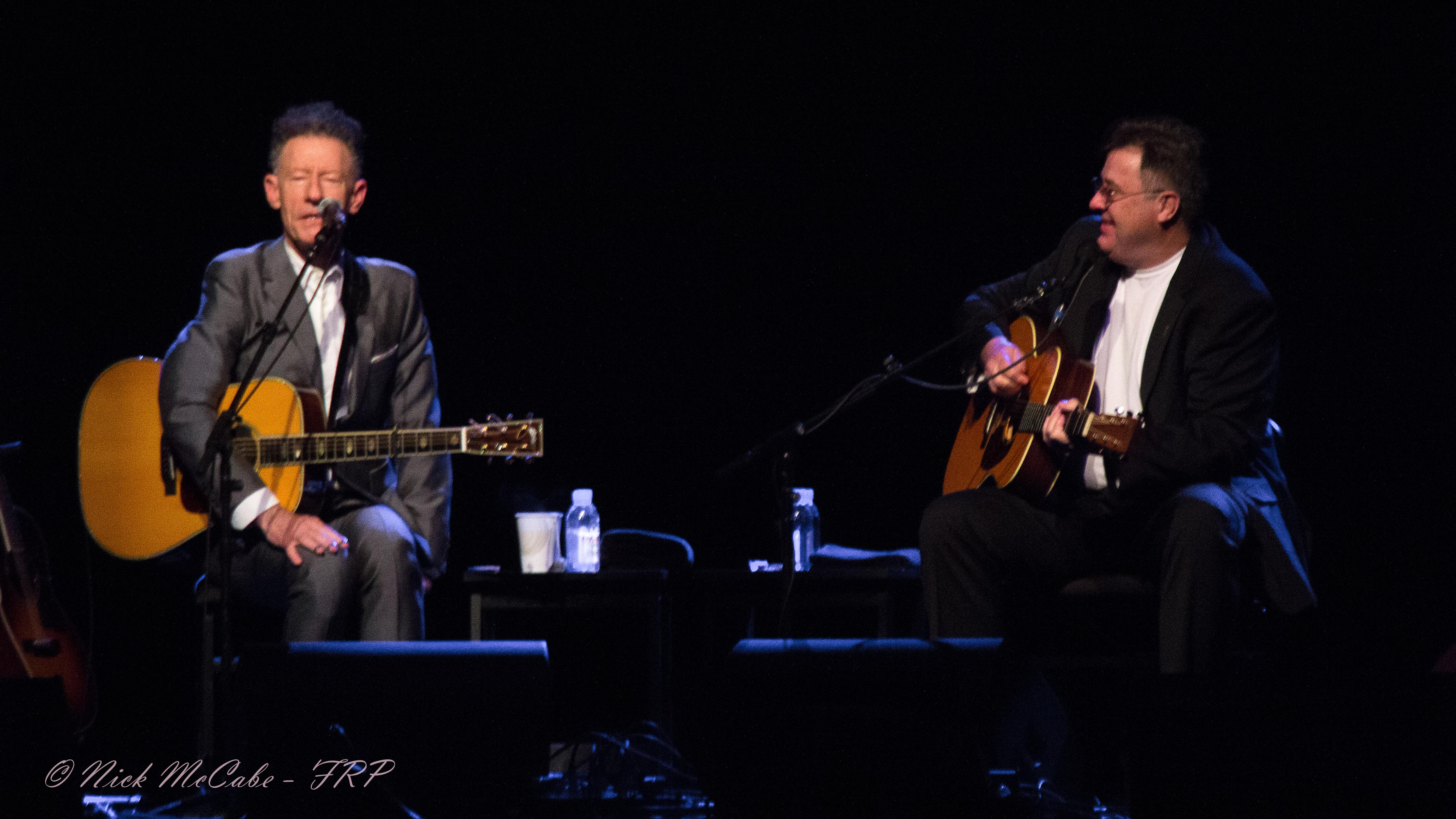 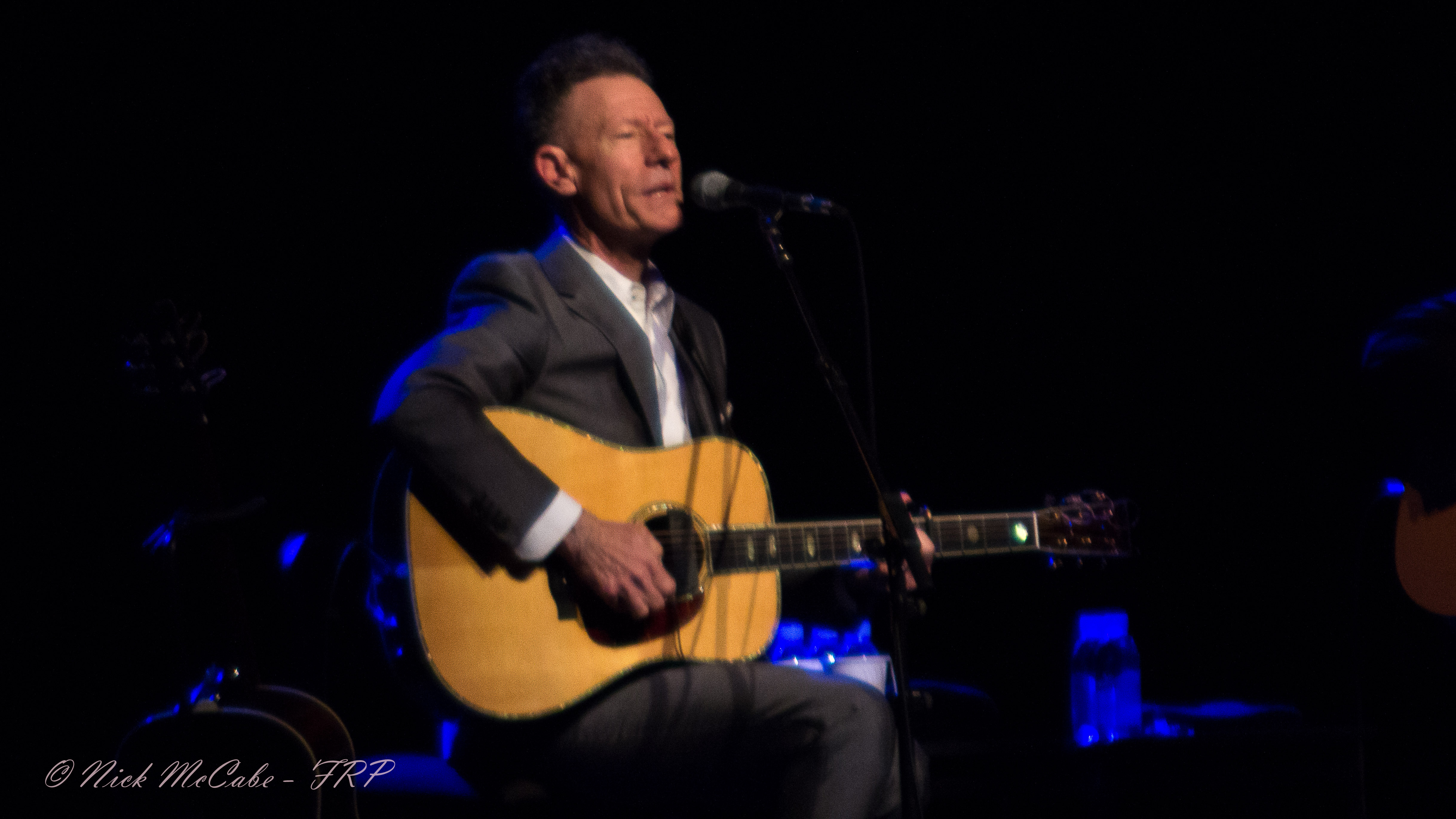 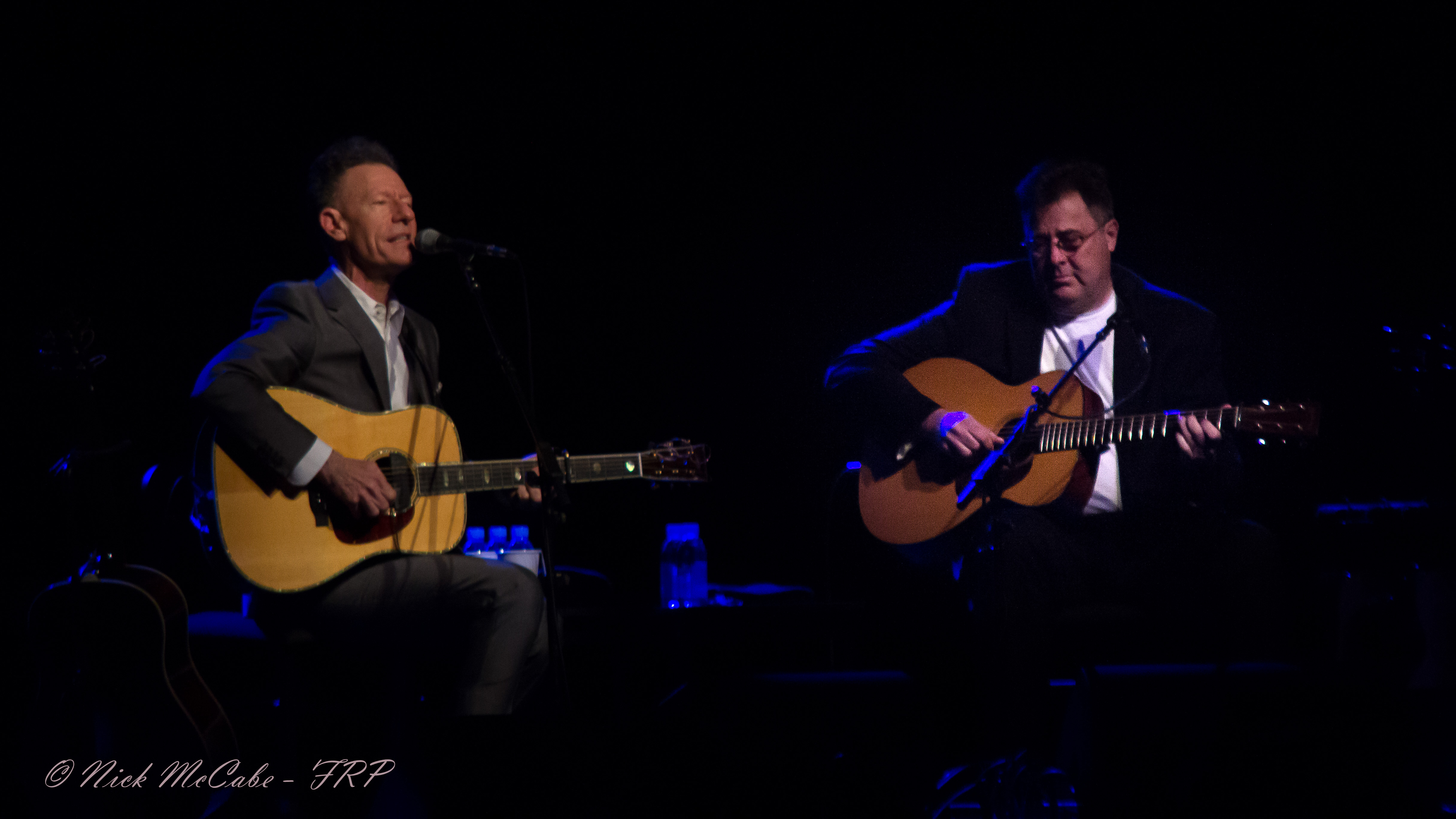 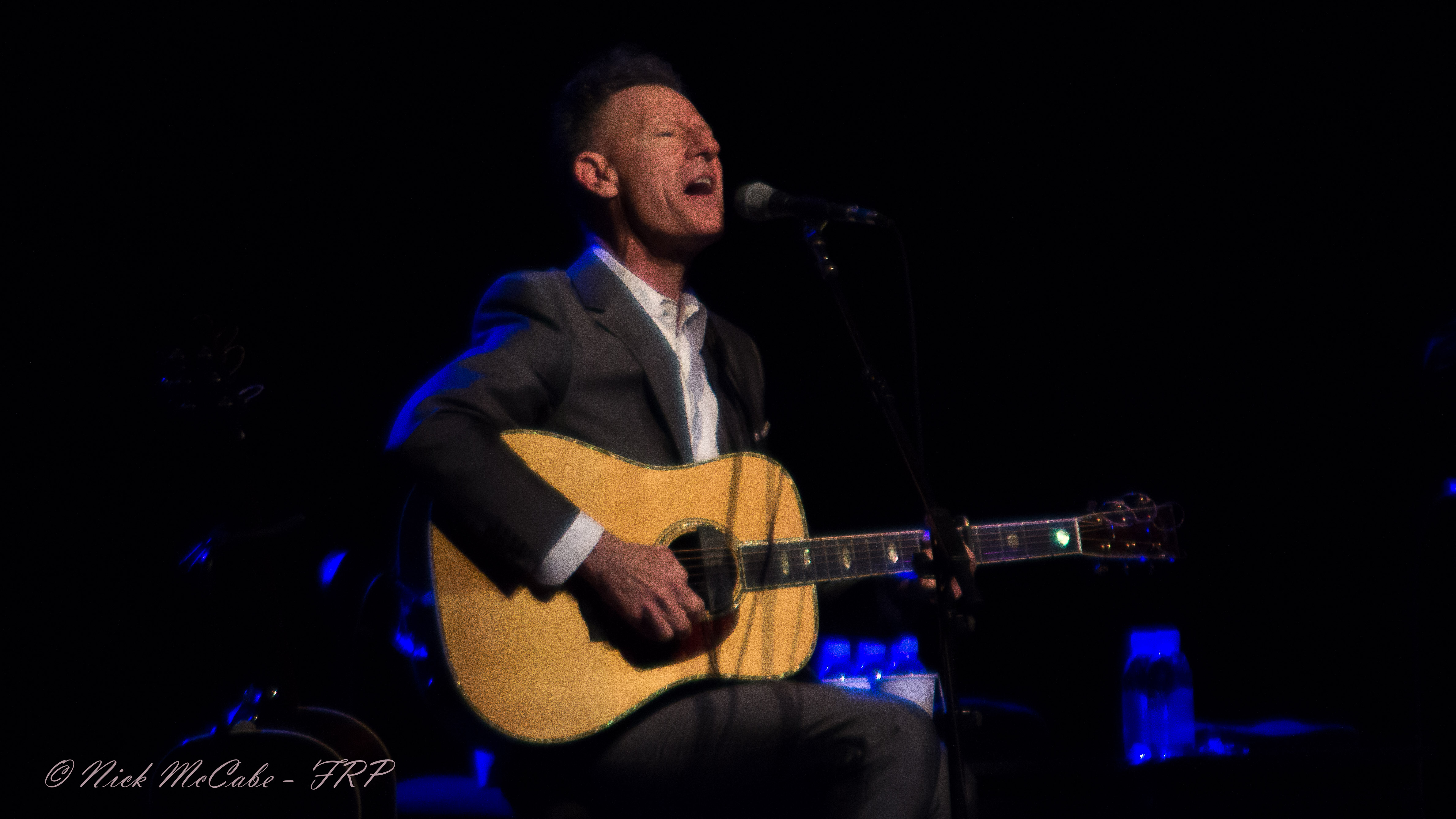 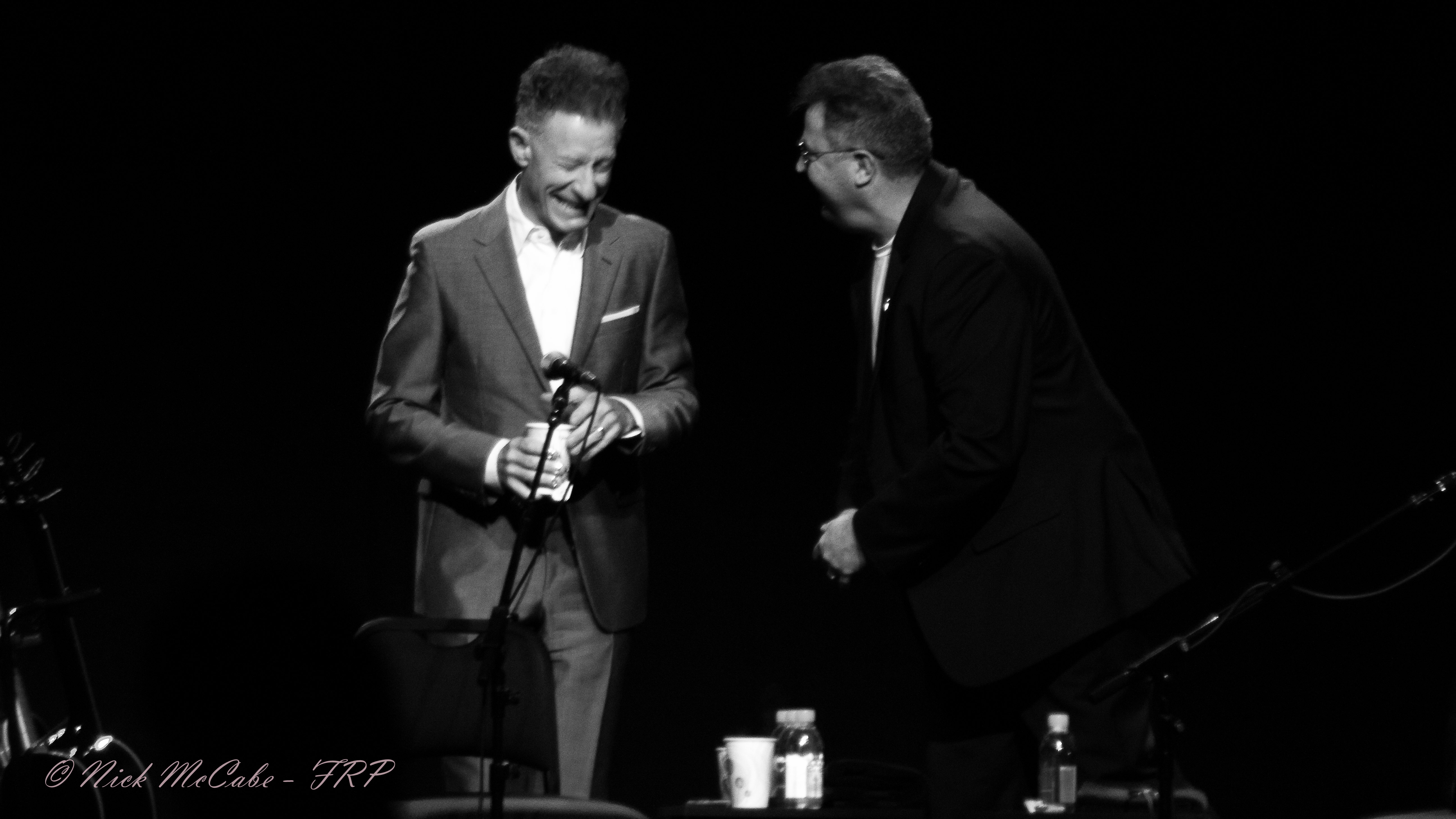