Home > News > REVIEW: Mother Hicks Is a Witch They Say — But That’s Just The Start of This Story
News

REVIEW: Mother Hicks Is a Witch They Say — But That’s Just The Start of This Story 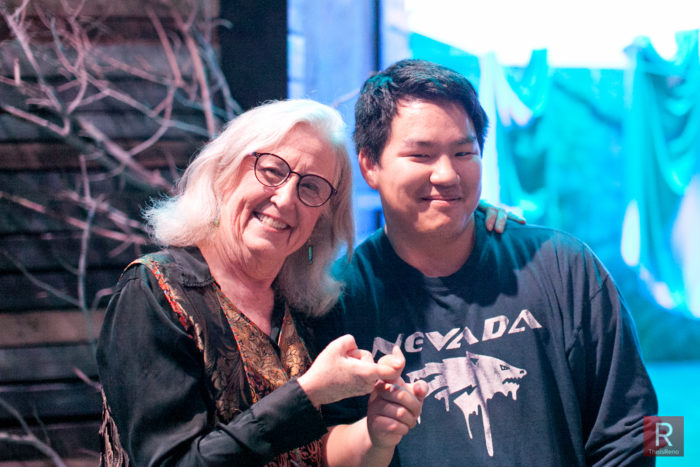 “Mother Hicks is a witch.”

This is the rallying cry for the small community of Ware, Illinois in the 1930s depression. The frustration of the Great Depression affects this community by bringing them together against a common enemy.

Mother Hicks (played by Jacqueline Fisher-Parks) lives outside the town and is seldom seen, but her presence is often felt. Her backstory of tragedy and loss keeps her an outcast.

The story is narrated by Tuc (played by Adam Hsu), a young deaf man, as he narrates the story through sign language. Tuc sees more than anyone else in the small community.

As Tuc narrates, we follow a young orphan girl, simply named Girl (played by Hannah Davis). The townspeople have taken care of Girl taking turns having her in different households, but the town is running out of stable families as the depression deepens. Girl’s foster family has to move on and send her away because of the farm the father works at is foreclosed. Girl is forced to move in with the couple who run the local mortuary.

She is not happy about that.

In comes Wilson Waker (played by John Frederick), a stranger who sets events in motion for Girl to find out her real connection with Mother Hicks.

This story is brilliantly written by Suzan Zeder and has been playing in theaters for 30 years. Suzan Zeder has also written a sequel and prequel to this story. This is a classic piece of Americana exploring a challenging time in the history of this great country and the tenacity of the people who live here.

Stacey Spain directs this very talented cast and brings out the passionate energy of the cast. It is hard to find any flaws with this production.

Let’s talk for a minute about the cast.

Hannah Davis is spectacular as Girl. This is one of her best roles and as Girl, Hannah shows that she is taking her craft very seriously indeed.
Adam Hsu plays Tuc with a quiet but energetic delivery that is truly the cement that binds the show together.

Jacqueline Fisher-Parks plays Mother Hicks to a tee, with the energy of a woman haunted by loss but still connected to life in the way she know best.

John Frederick plays Wilson Waker, the stranger that sets events in motion for Girl. John also adds his considerable musical talents to setting the mood and adding translation as Tuc uses sign language to guide us through this story.

The rest of the cast shine as they show us how this small town comes together. They add song to the play and before the play starts members of the cast entertain the audience as they find their seats with wonderfully inspired music.

Every member of this cast plays their roles powerfully so that we feel that we know the characters they portray.

Lisa Kurt — many of you know her for her wonderful paintings — designed the set. This is one of the best sets I have seen and really brings the audience into this small town adding the atmosphere of depression-era Illinois.

Unfortunately, I was not able to take photos of the show as I could not make preview night, but here are a few of the cast party.

This is a wonderful production, as we have come to expect from Reno Little Theater, but Mother Hicks is even more than just wonderful. There is a passion that I felt from the cast, the story, and even the set. 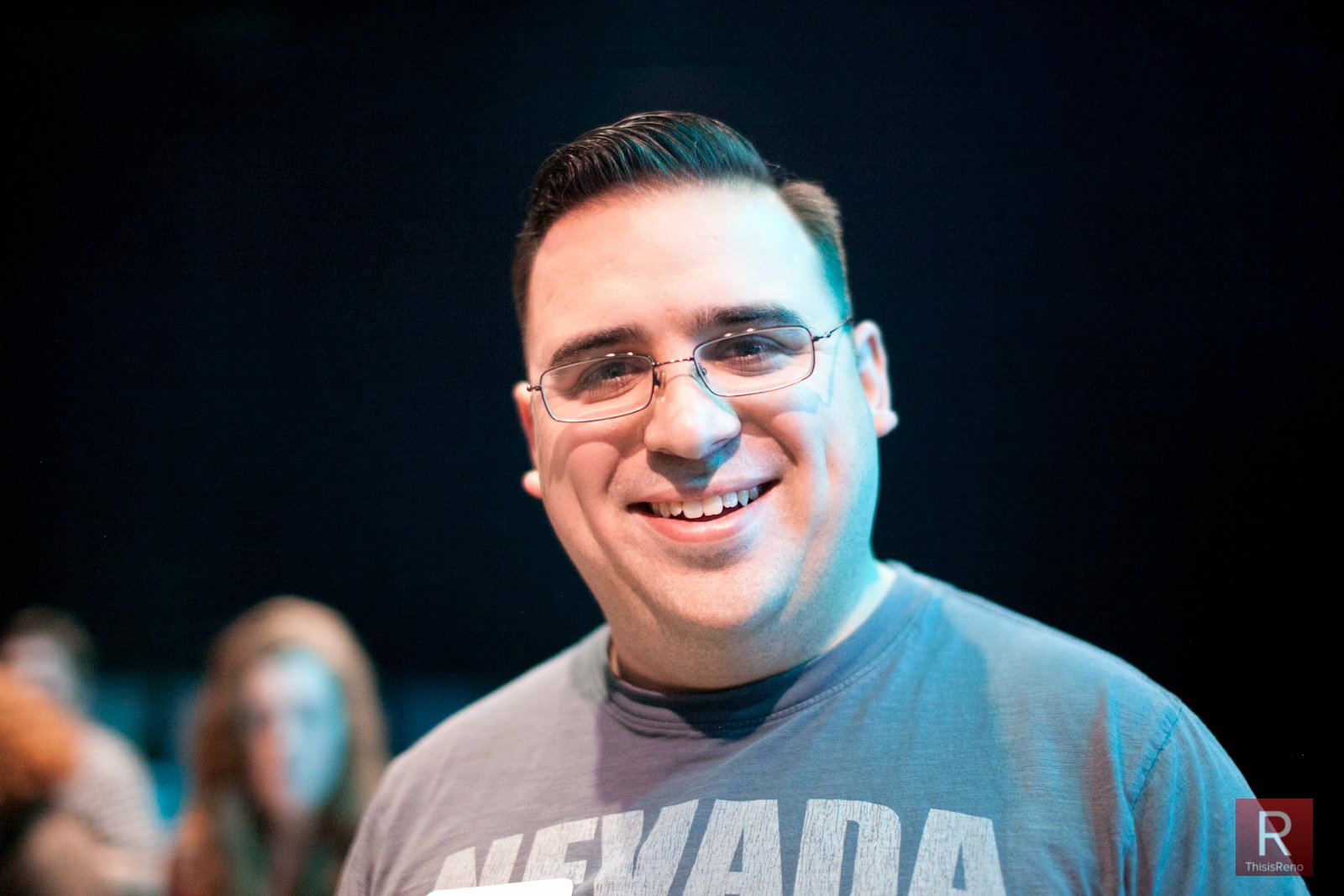 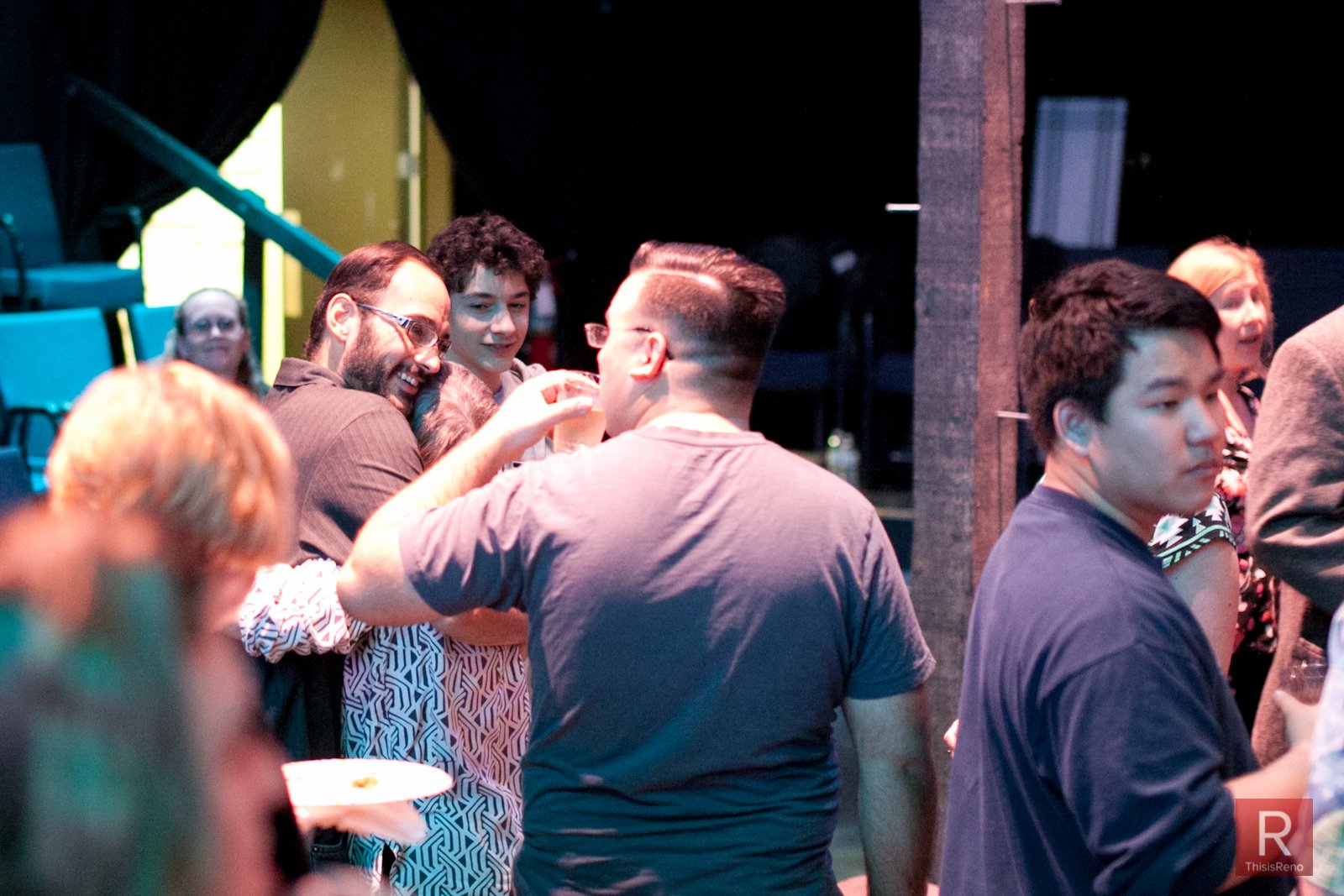 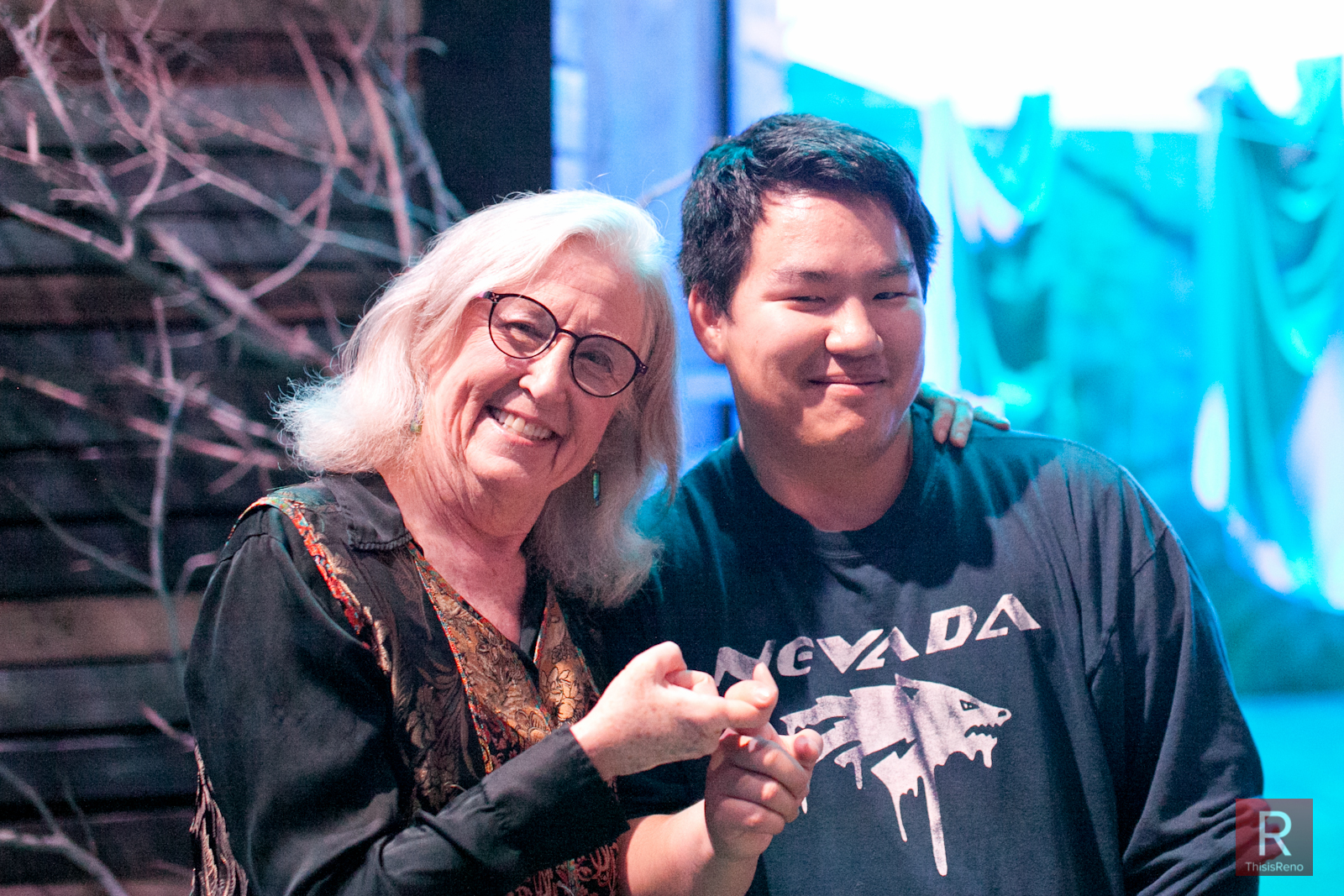 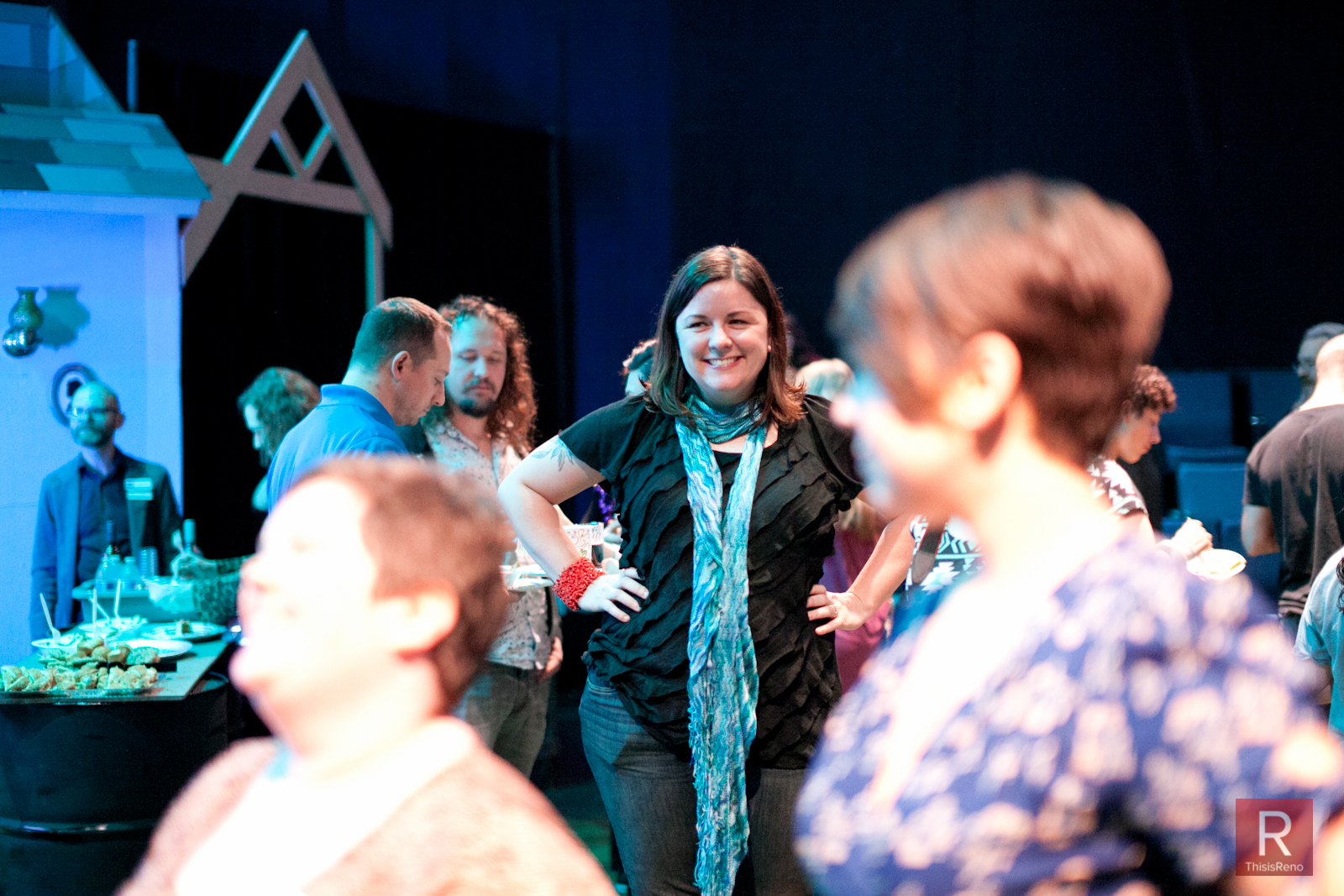 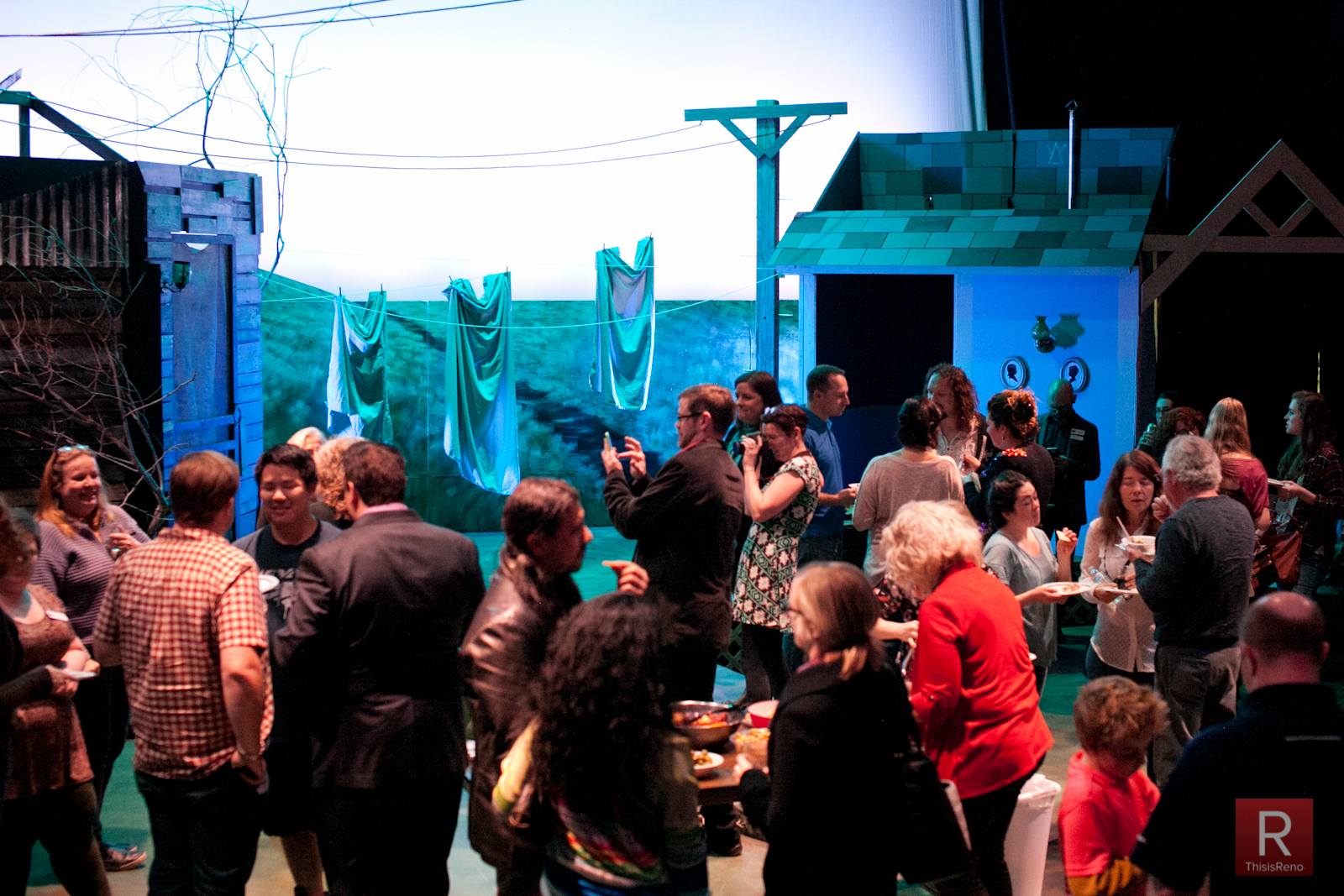 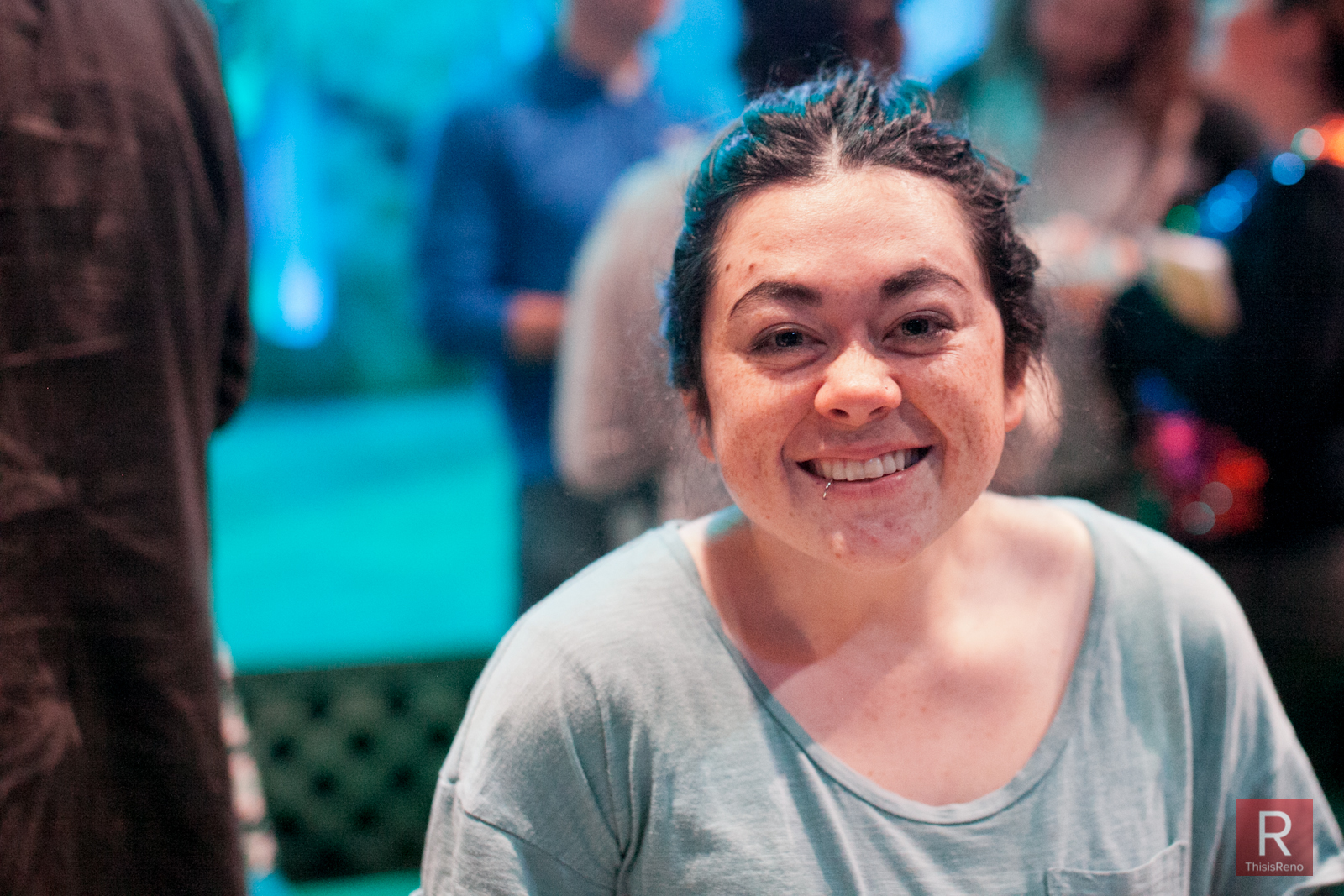 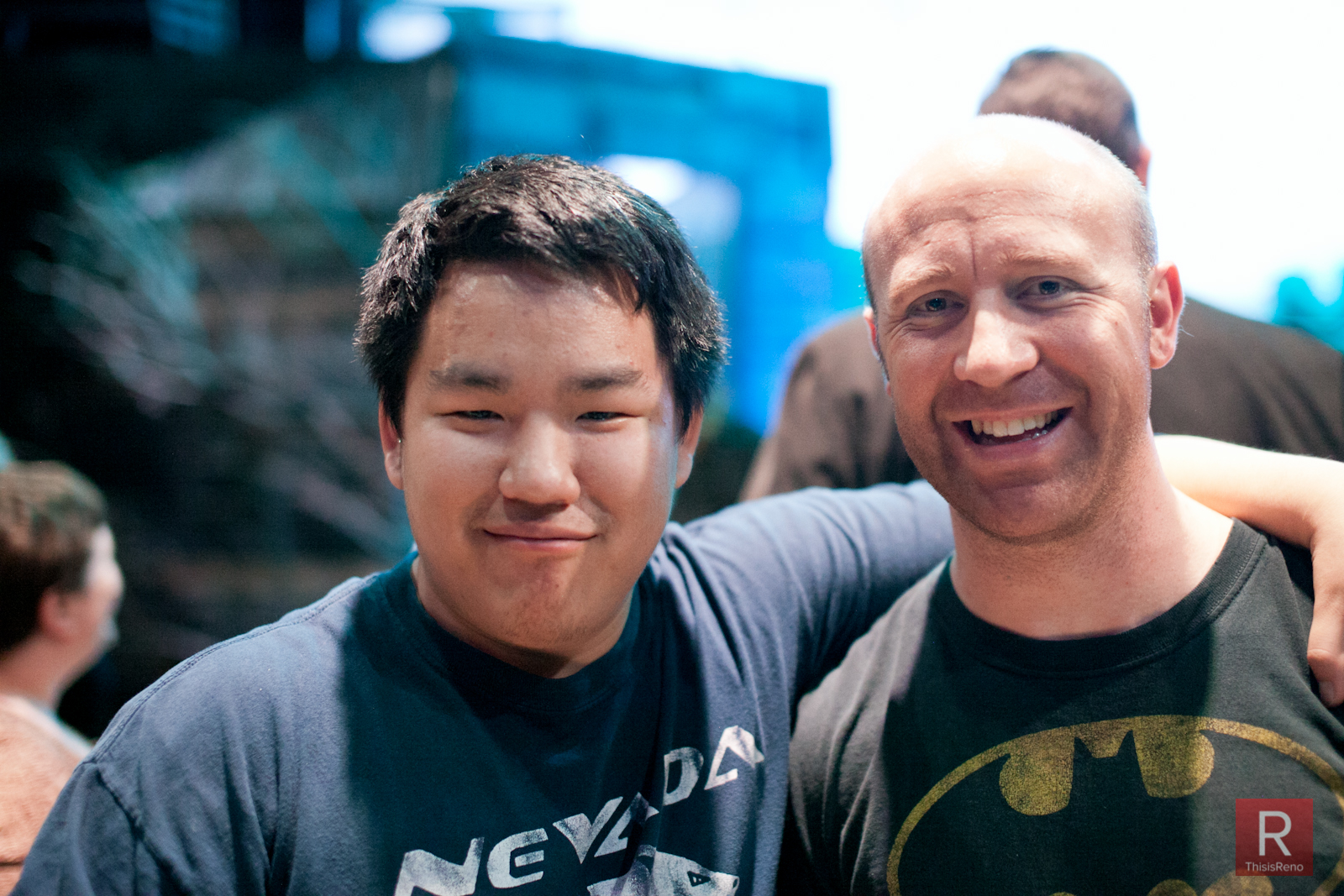 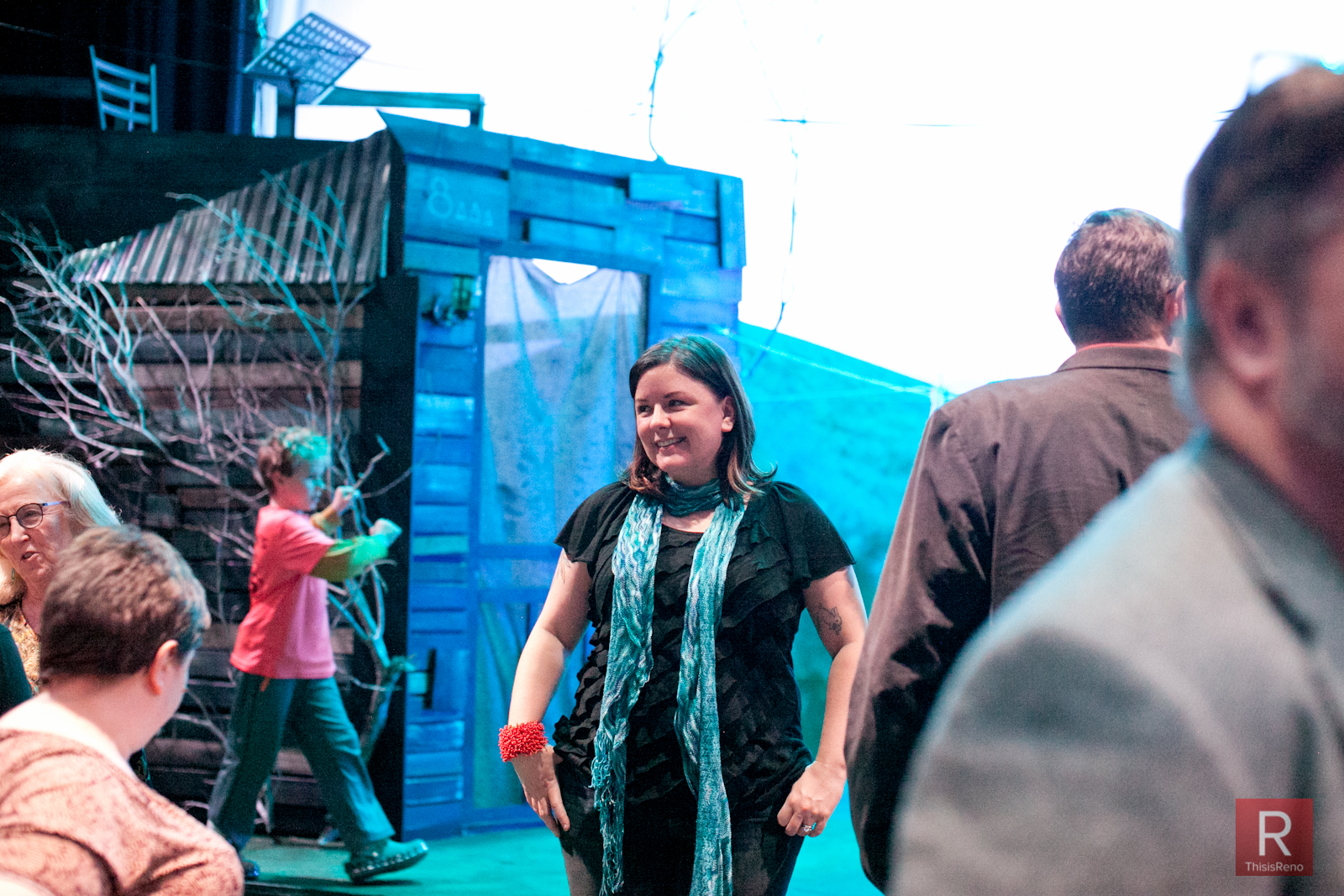 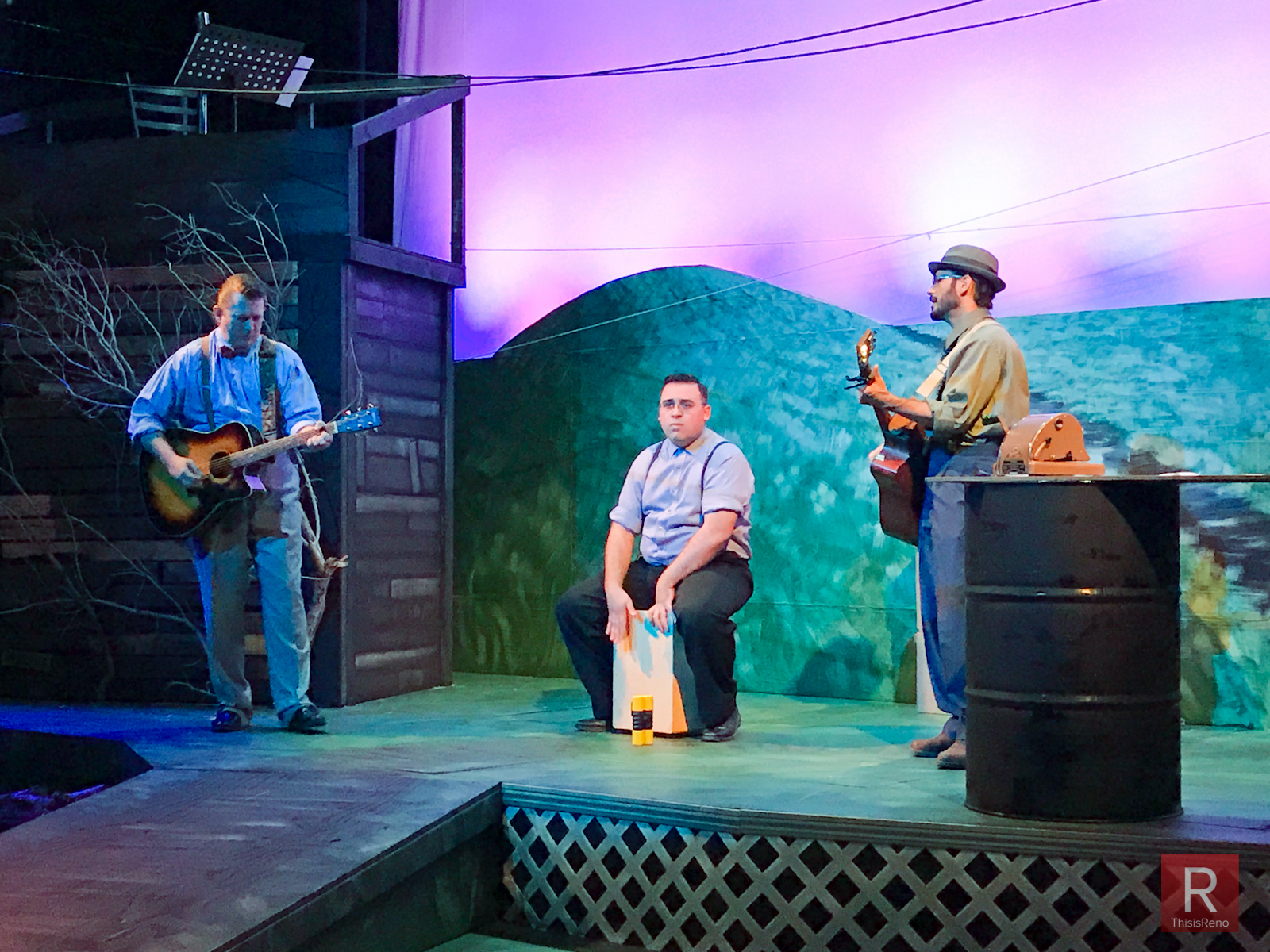