In “Logan” we see Hugh Jackman take on the role of the Wolverine in the X-Men universe one last time. It is a role that we have seen him in since 2000 in the original “X-Men” film – Jackman’s ninth time as the Wolverine. This time, however, it is in a dedicated, hard R-rated film like we’ve never seen before.

The year is 2029. Most of the mutants are dead. The rest are being hunted. Logan is slowly dying by adamantium poisoning, the metal of his skeleton and claws killing him. His regeneration abilities are failing him as well. He and Professor Charles Xavier (Patrick Stewart) are based near the Mexican border with Logan working as a limo driver. They’re trying to save up enough money to buy a boat and live out their lives on the water where no one can find them.

This plan gets interrupted when Logan meets Laura, a young mutant who has metal claws, just like Logan, and is being hunted by a cyborg. He and Professor Xavier help Laura by traveling with her to Eden, a safe haven for mutants in North Dakota.

“Logan” was a fantastic final outing for Hugh Jackman’s Wolverine. It is one of the best films in the X-Men franchise and just a great film overall. The film is gritty, bloody, and graphic. It is not remotely meant for children, so keep that in mind.

For those that haven’t seen many or any of the X-Men films, you will still enjoy the movie. There isn’t a lot of necessary backstory to understanding the film as long as you know that it is an X-Men film.

Dafne Keen was great as Laura and I really hope we will get to see more of her in the future. Jackman and Stewart acted their hearts out in their respective roles. The screenwriters put together an original, well-written story with numerous revelations throughout that will keep you and your friends talking once the credits roll. After you’re done crying that is.

Those who have seen Jackman as Wolverine in the previous eight films will walk out of the theater feeling nostalgic, emotional, and satisfied knowing that he left on a very high note. Whoever inevitably replaces Jackman as the Wolverine will never be able to top him. 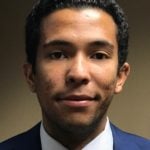