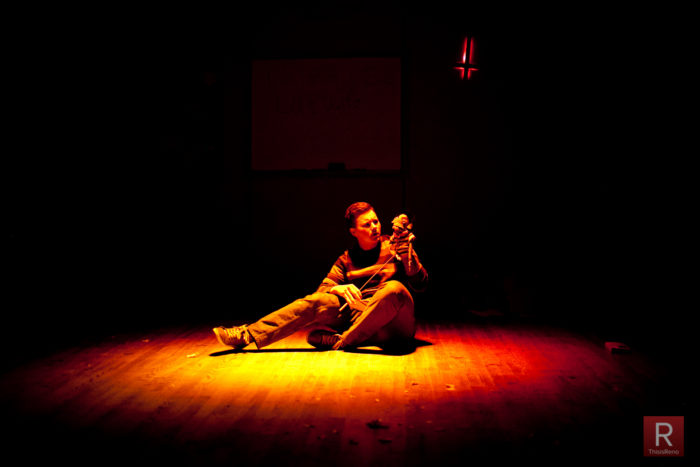 First, let’s look at the story. A church basement is the schoolroom for a diverse group of kids being taught by their teacher to make sock puppets and learn to use them to put on a show on a Sunday service. That sounds fairly safe and non-threatening, right? Well, not so much. There is a demon possession, various sexual exploits, blood, unrequited love, and a bit of guilt.

I do have to tell you that this is such a funny story!

“Hand To God” was written by Robert Askins, premiered in 2011, and received five Tony Award nominations including for Best New Play. Author Robert Askins said that “‘Hand To God’ is an expression about honesty. It’s a southern regionalism that’s fairly unknown in the North.”

Good Luck MacBeth’s production of “Hand To God” is brilliantly funny with a cast that will keep you mesmerized and in stitches.

The cast is lead by Jessey Richards playing a dual role of sorts as he portrays Jason and Tyrone. Jessey is phenomenal and blew me away as he transformed from Jason to Tyrone in a sometimes slightly terrifying way.

Rachel Lopez plays Margery, Jason’s mother and the teacher who is teaching the kids all about making and using puppets. Rachel surprised me with a depth to her role that was unexpected.

Jesse James Ziegler plays Pastor Greg, the leader of the small community church. The pastor has his own agenda, one that will complicate the story just a bit.

Timothy is played by Robert Zellers, a troubled teen who will find more trouble than he could have ever imagined.

Jesse Briggs also plays a dual role as Jessica and Jolene. She is the girl in the class that is the catalyst for a quite interesting dynamic of puppet passion.

Directed by Amanda Alvey and Ashley Marie James as Assistant Director. This team has brought a passion and cohesion to the cast.

Lyndsey Langsdale brings her talents to the costume design, adding her special touch to the feeling of the performance.

I highly recommend “Hand To God” for a irreverently funny evening of uncontrollable laughs.

Here are some photos, below, for a taste of what you will see.

Remember, if you see a performance you think deserves notice, nominate it for a Forte Award. The nominations open soon. Here is a link to the Forte Awards website: https://forteawards.com/ 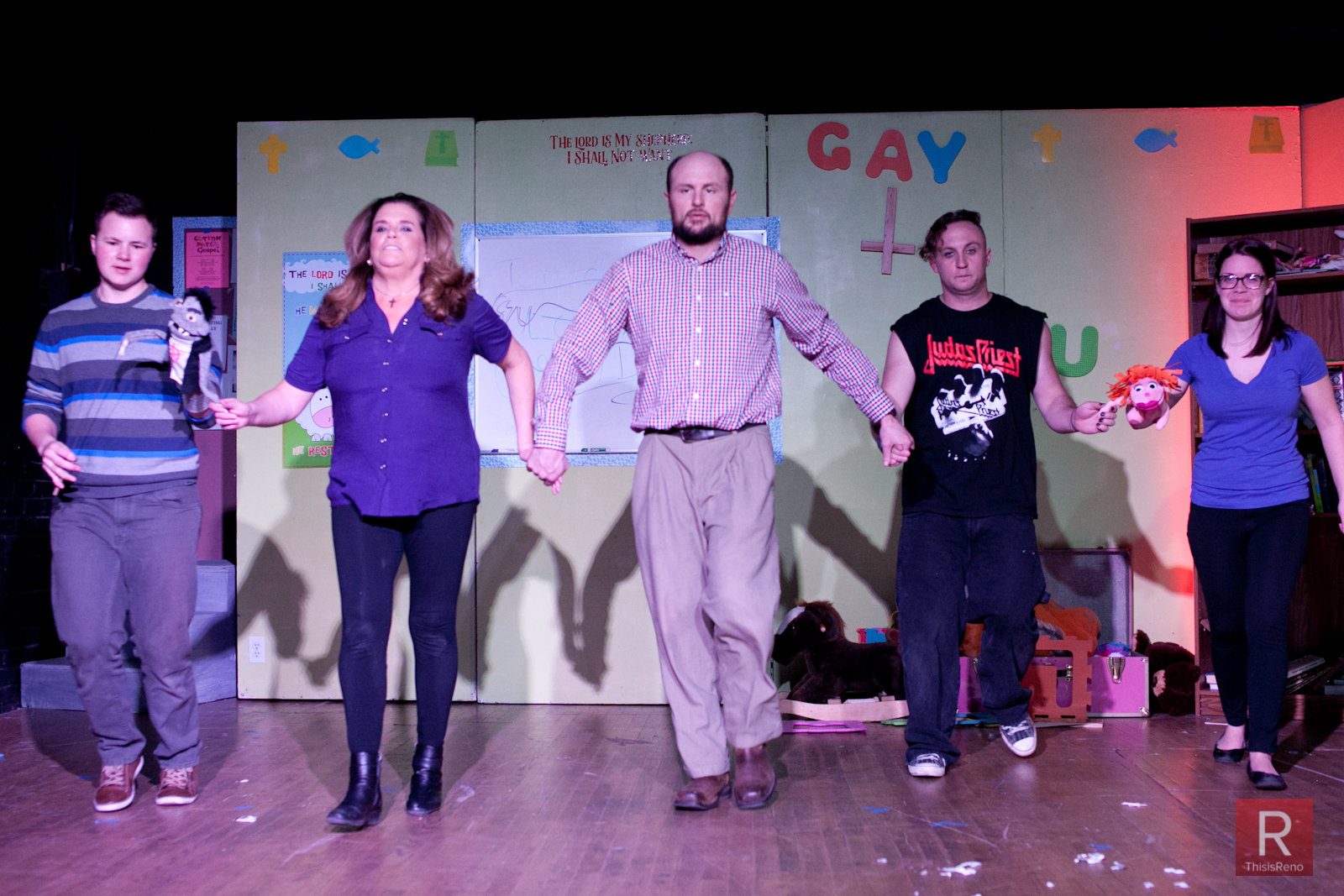 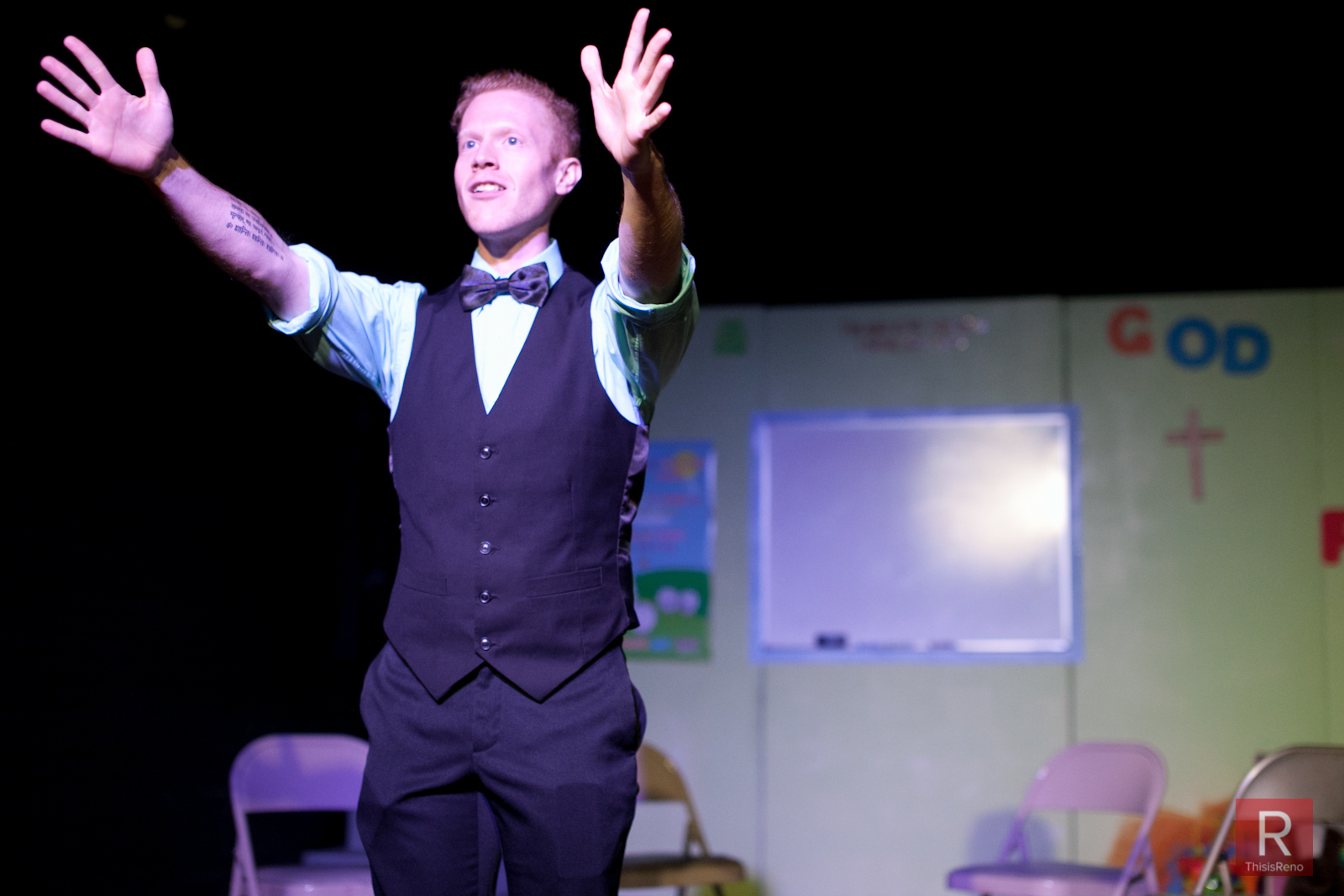 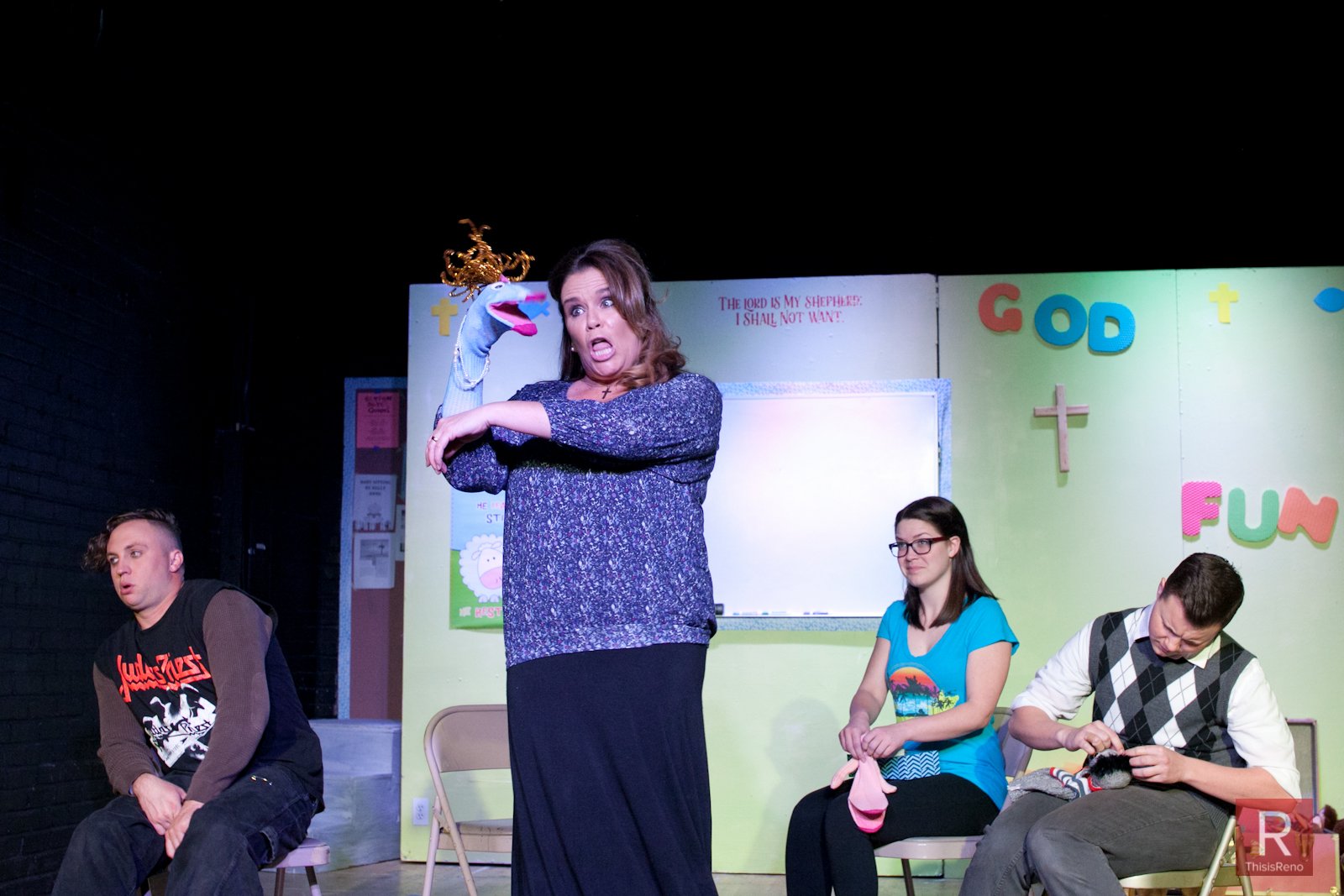 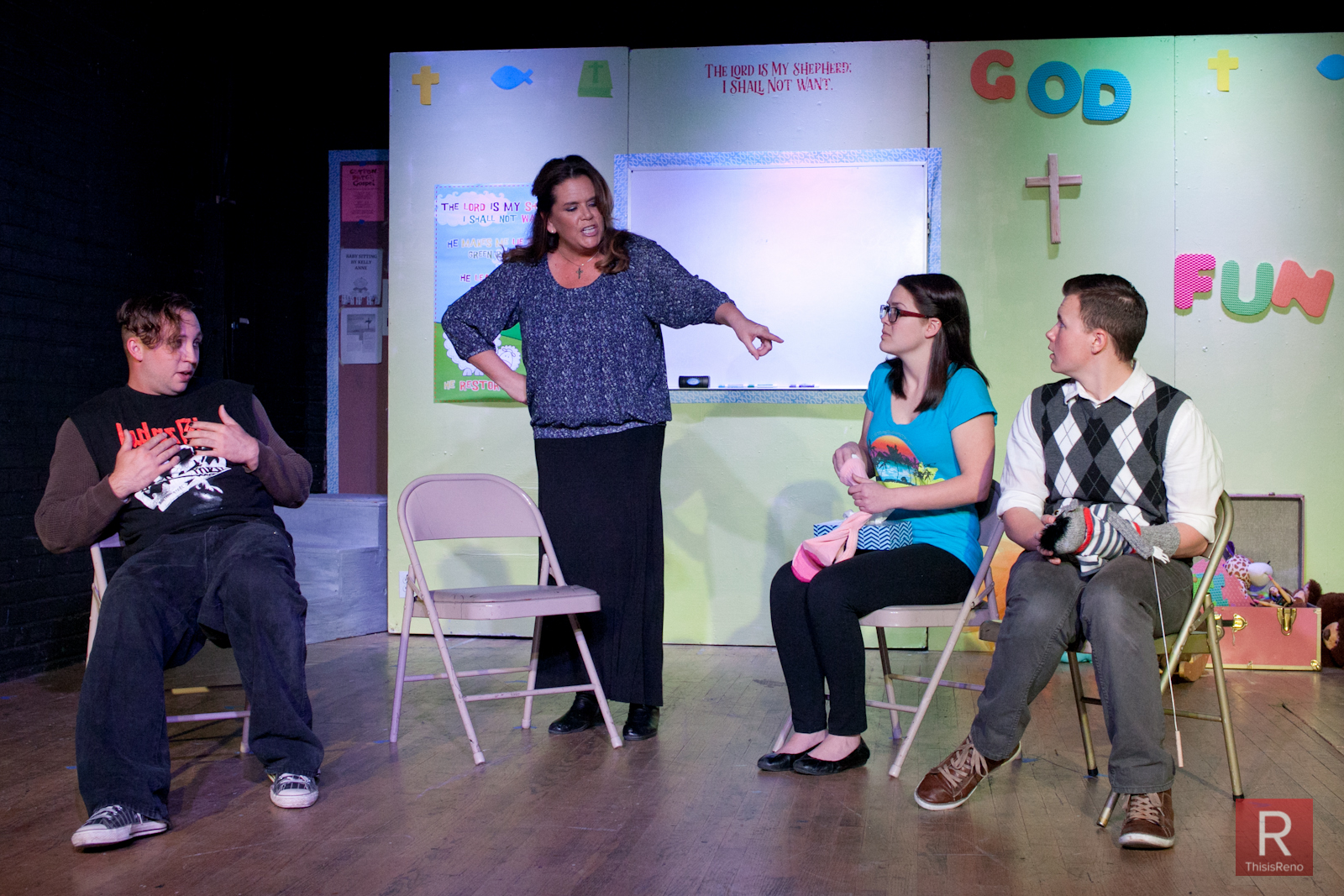 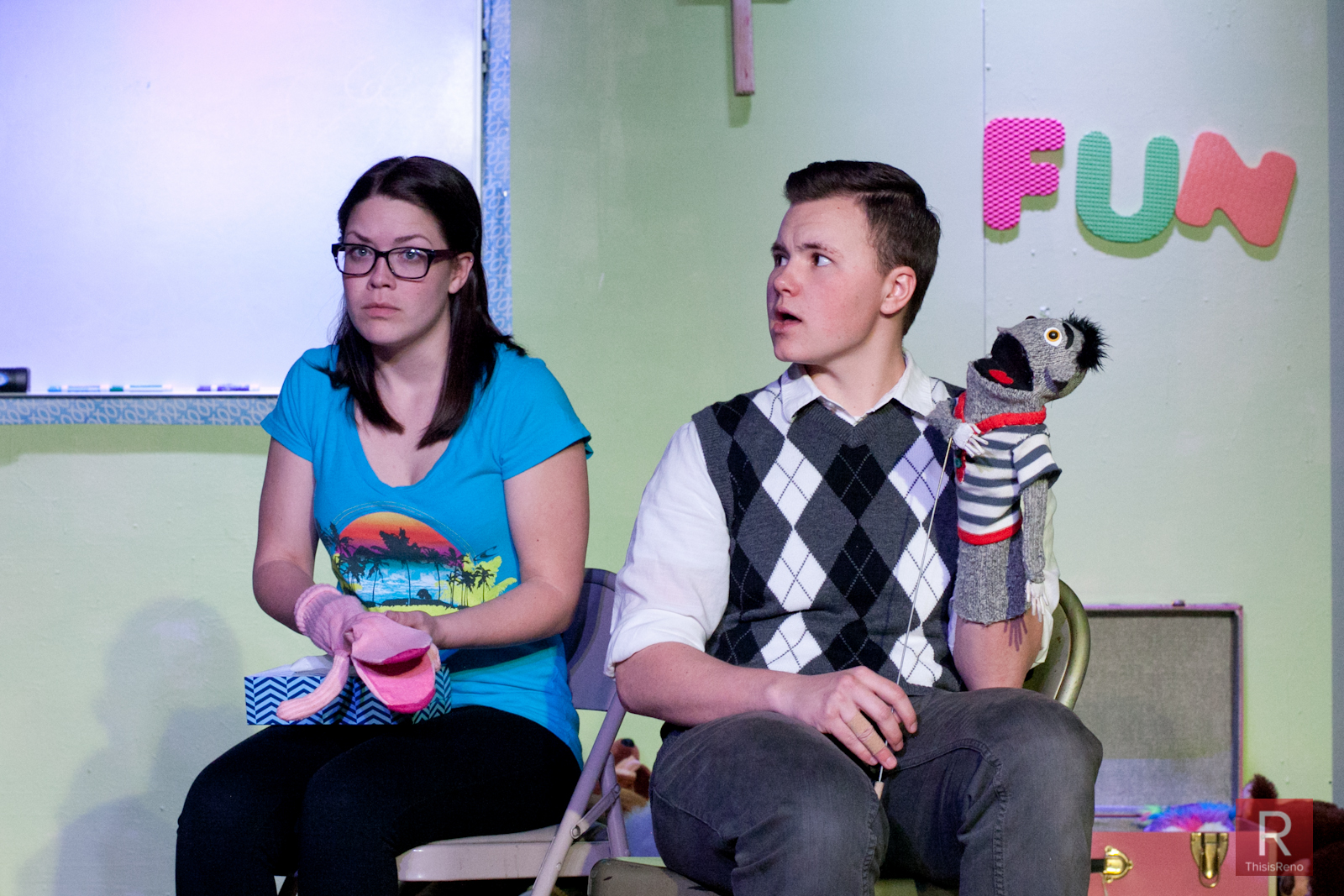 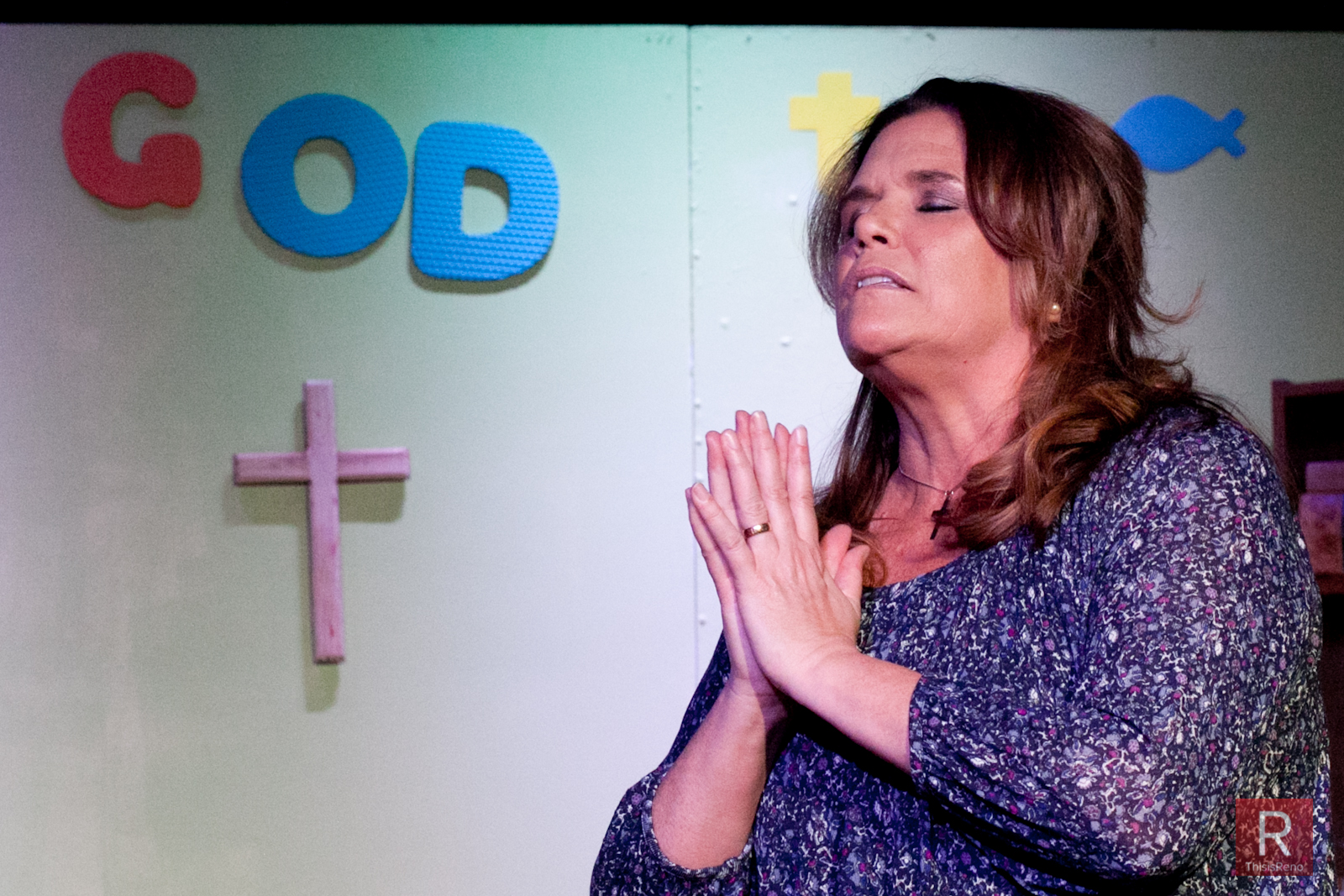 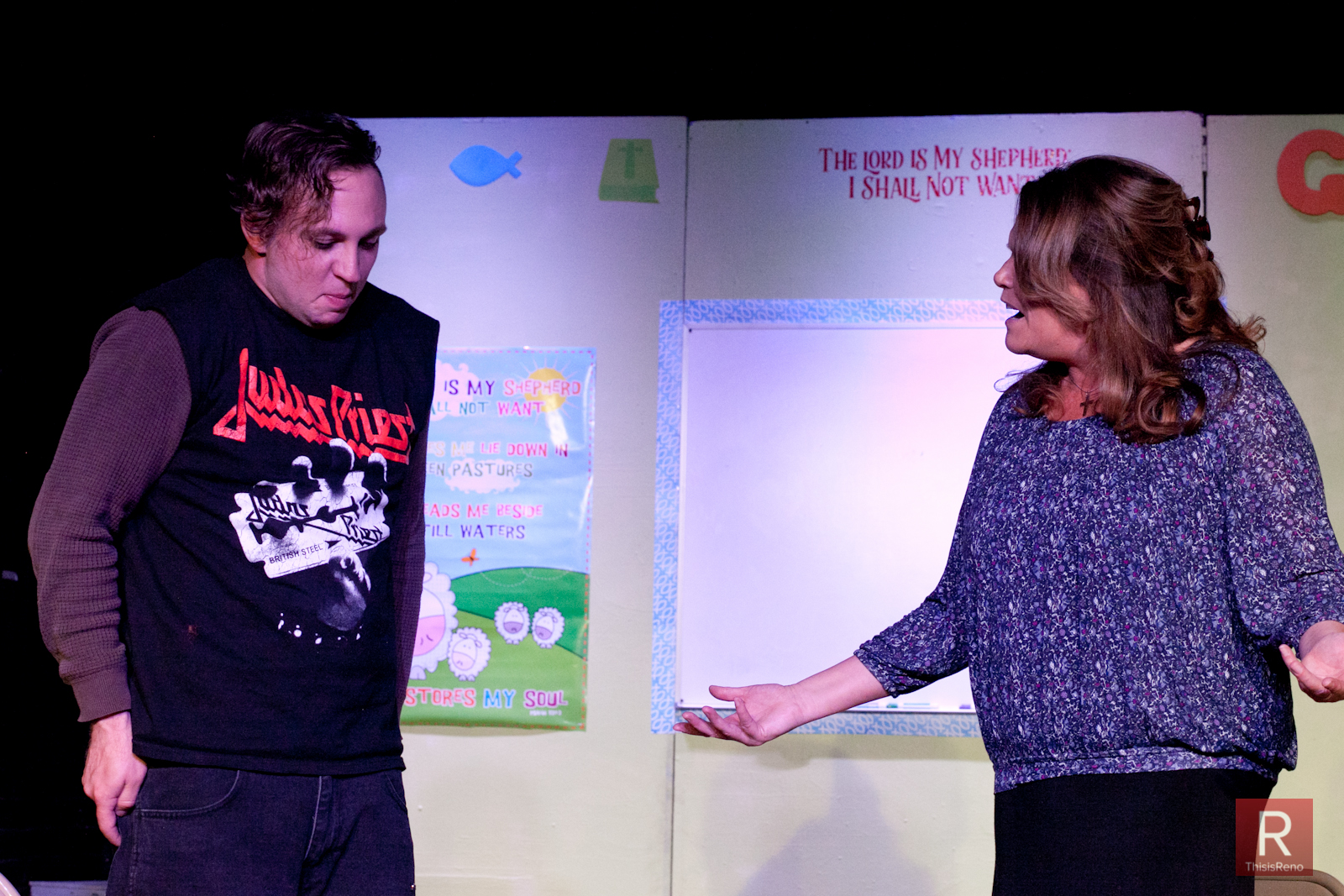 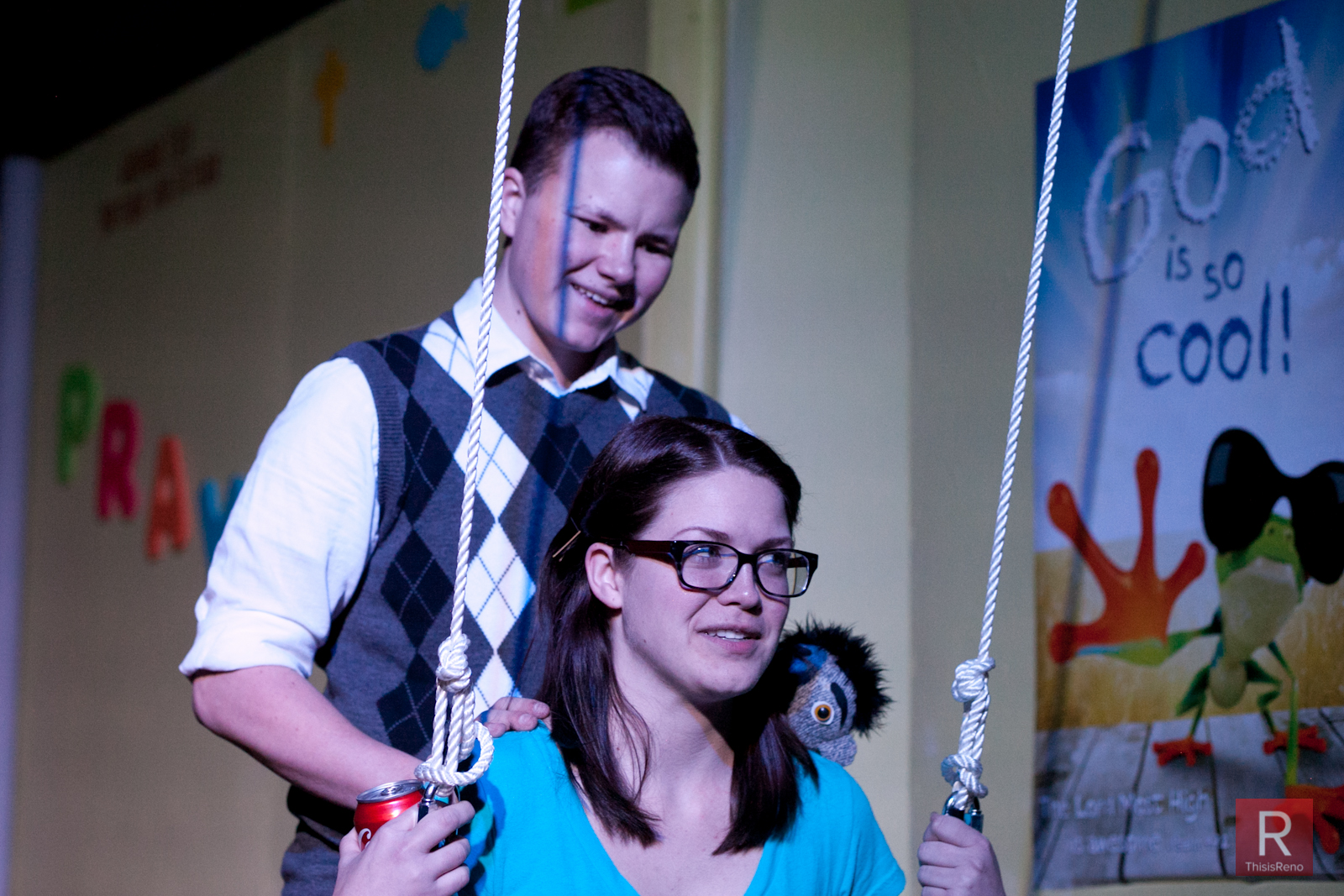 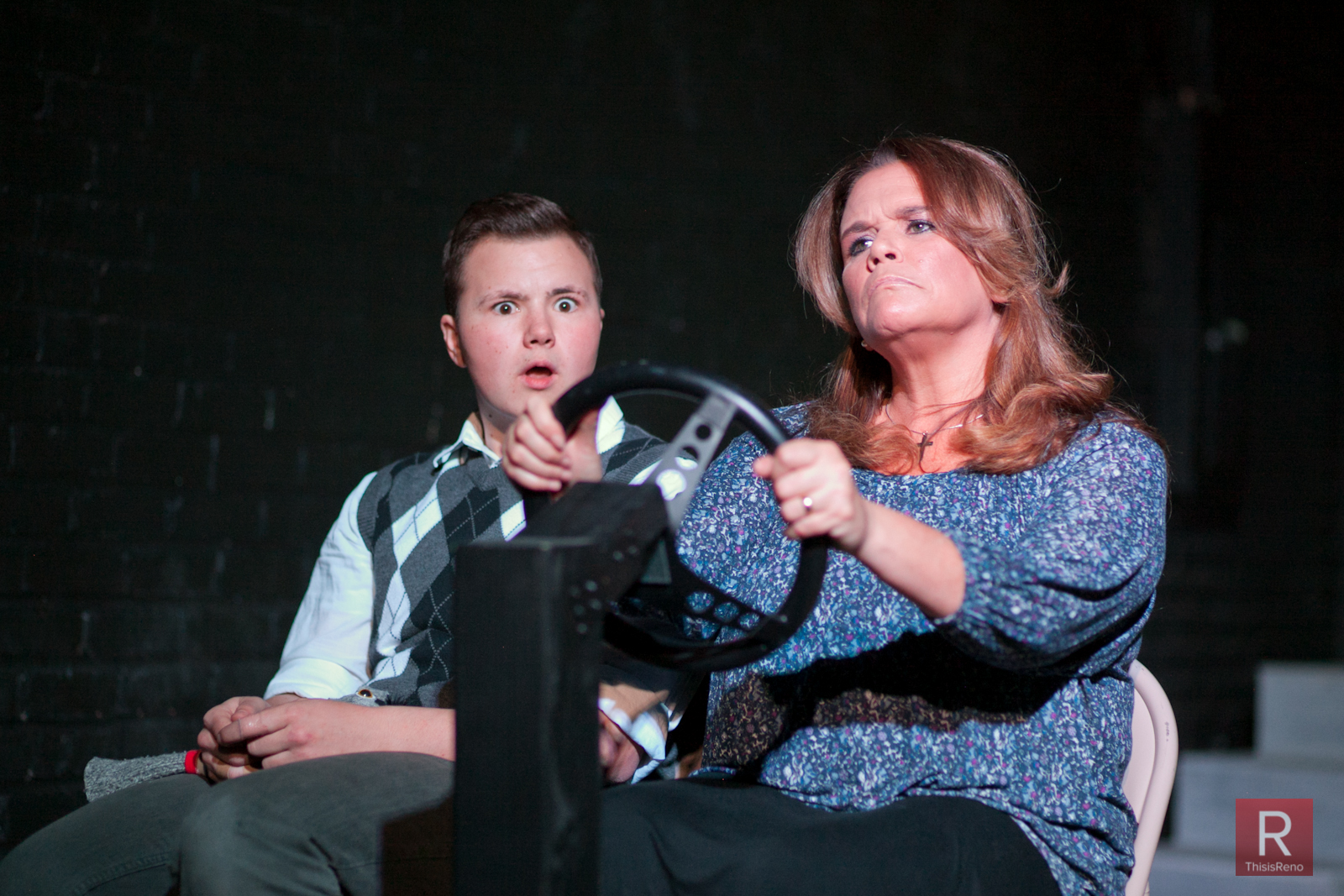 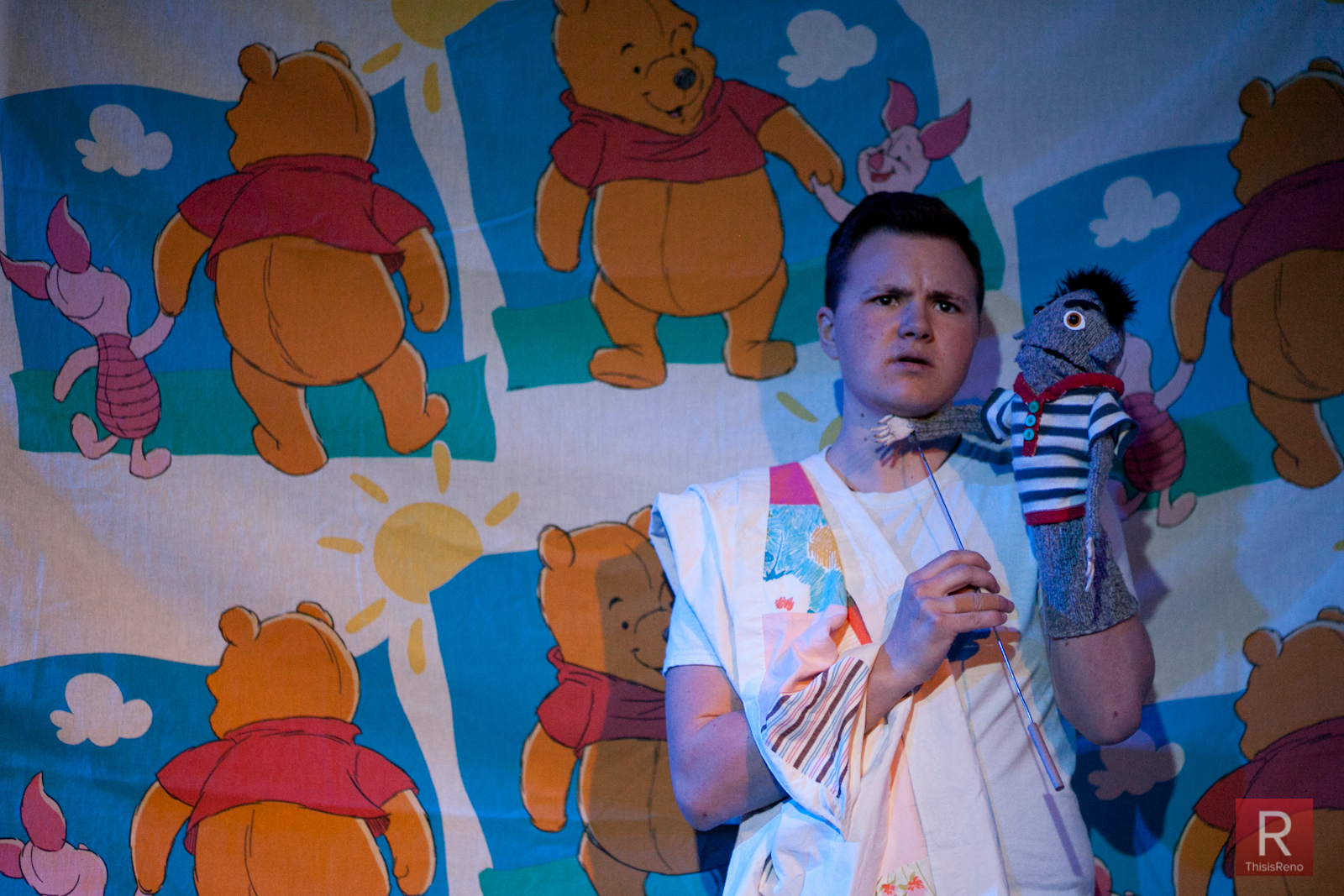 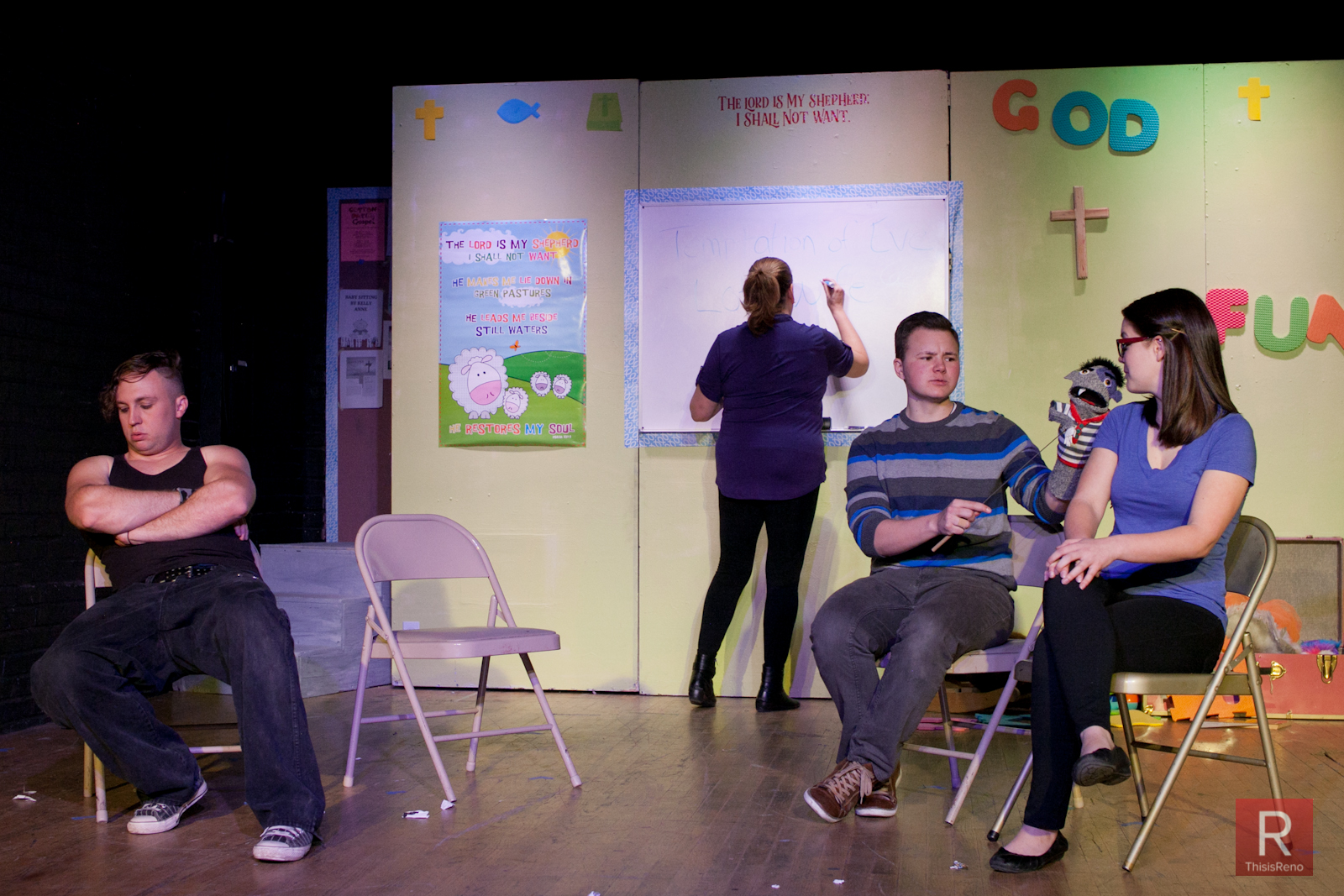 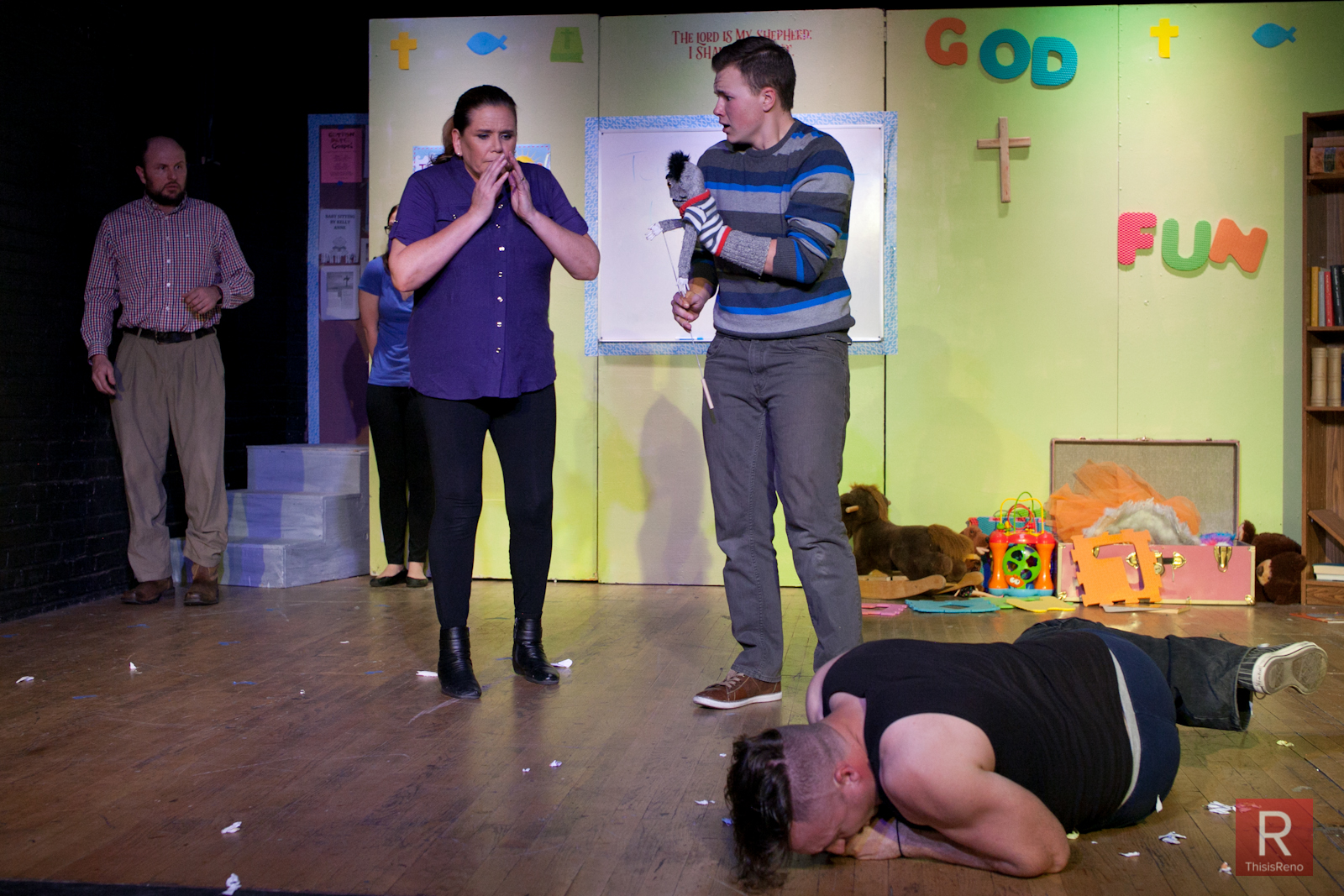 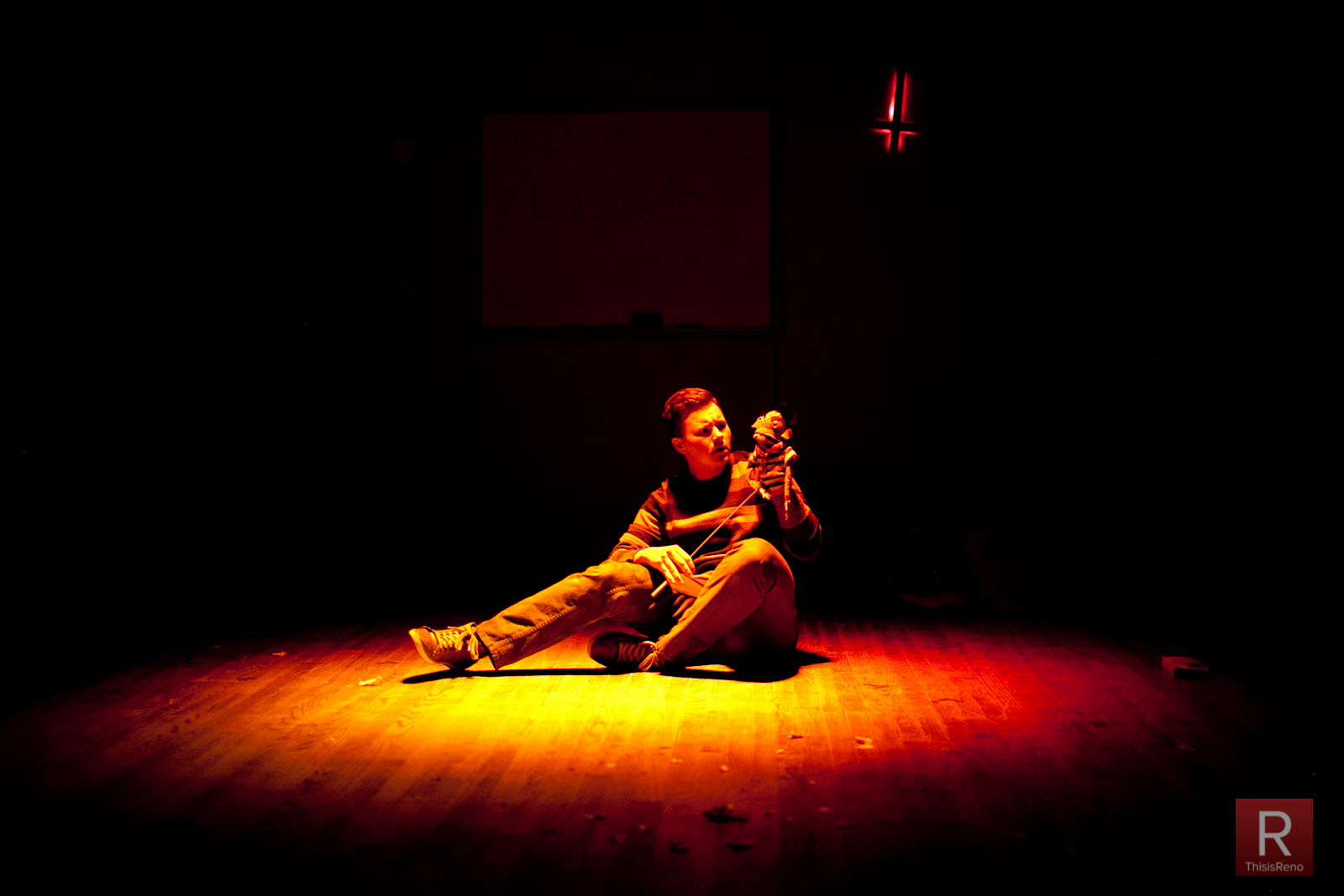 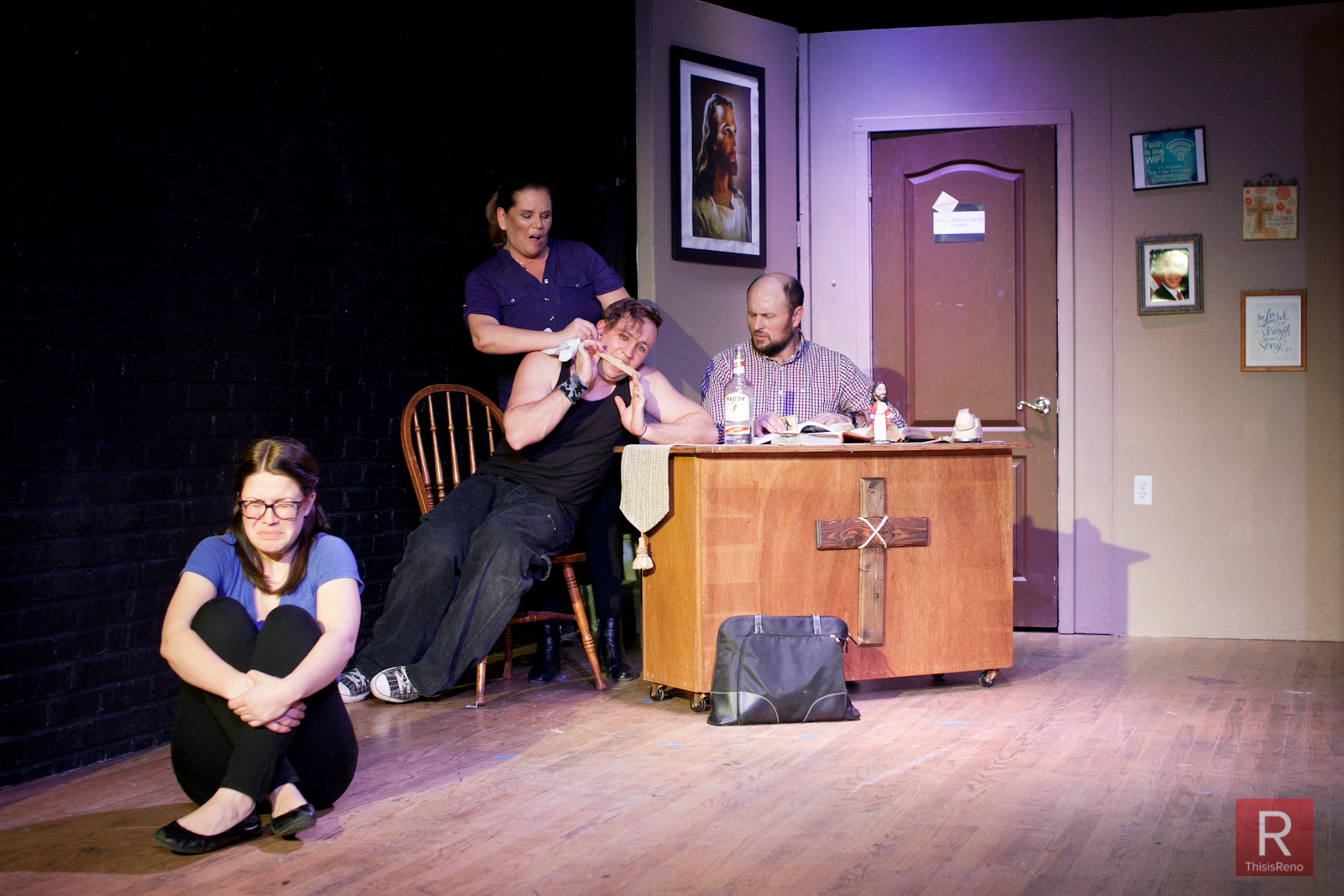 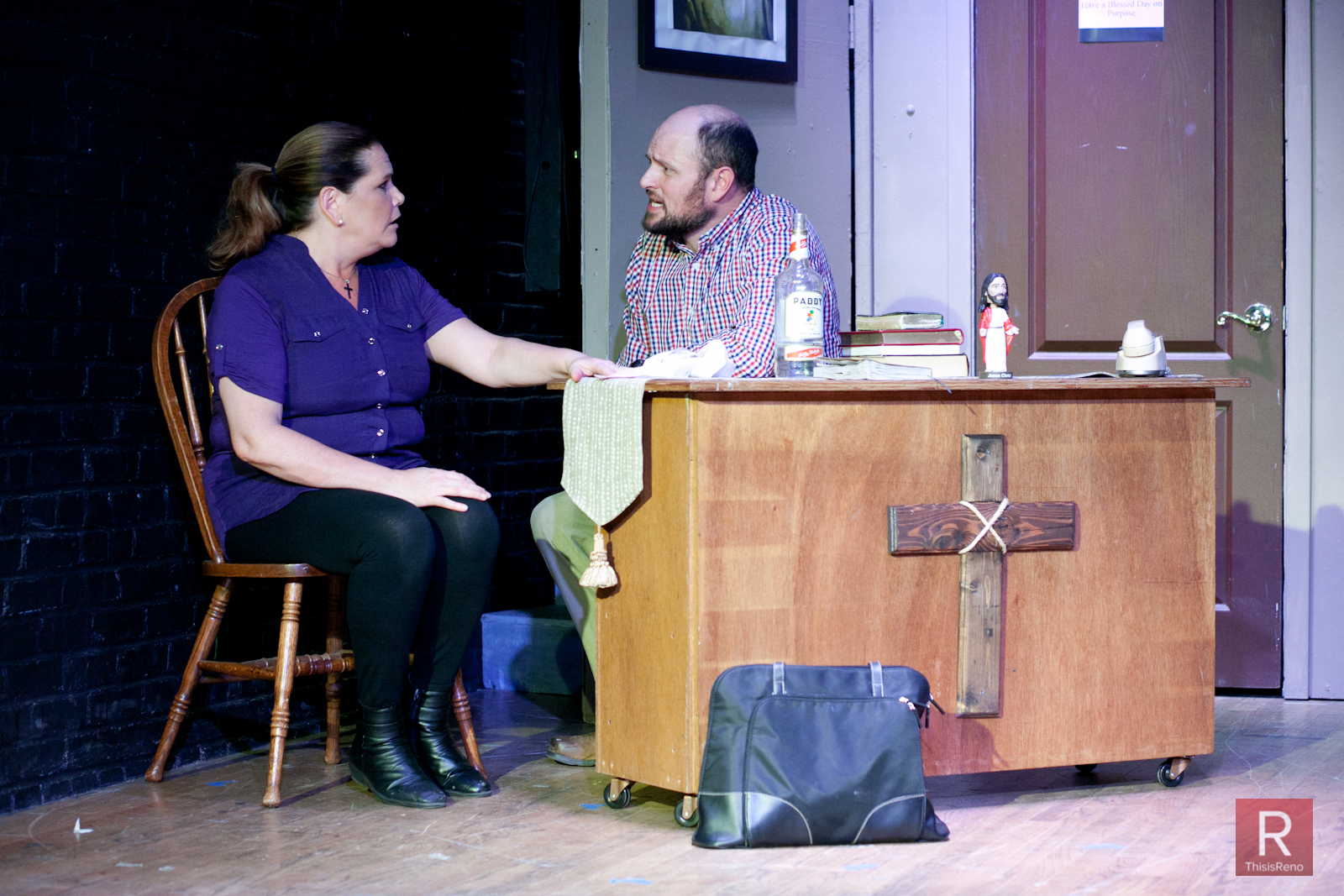 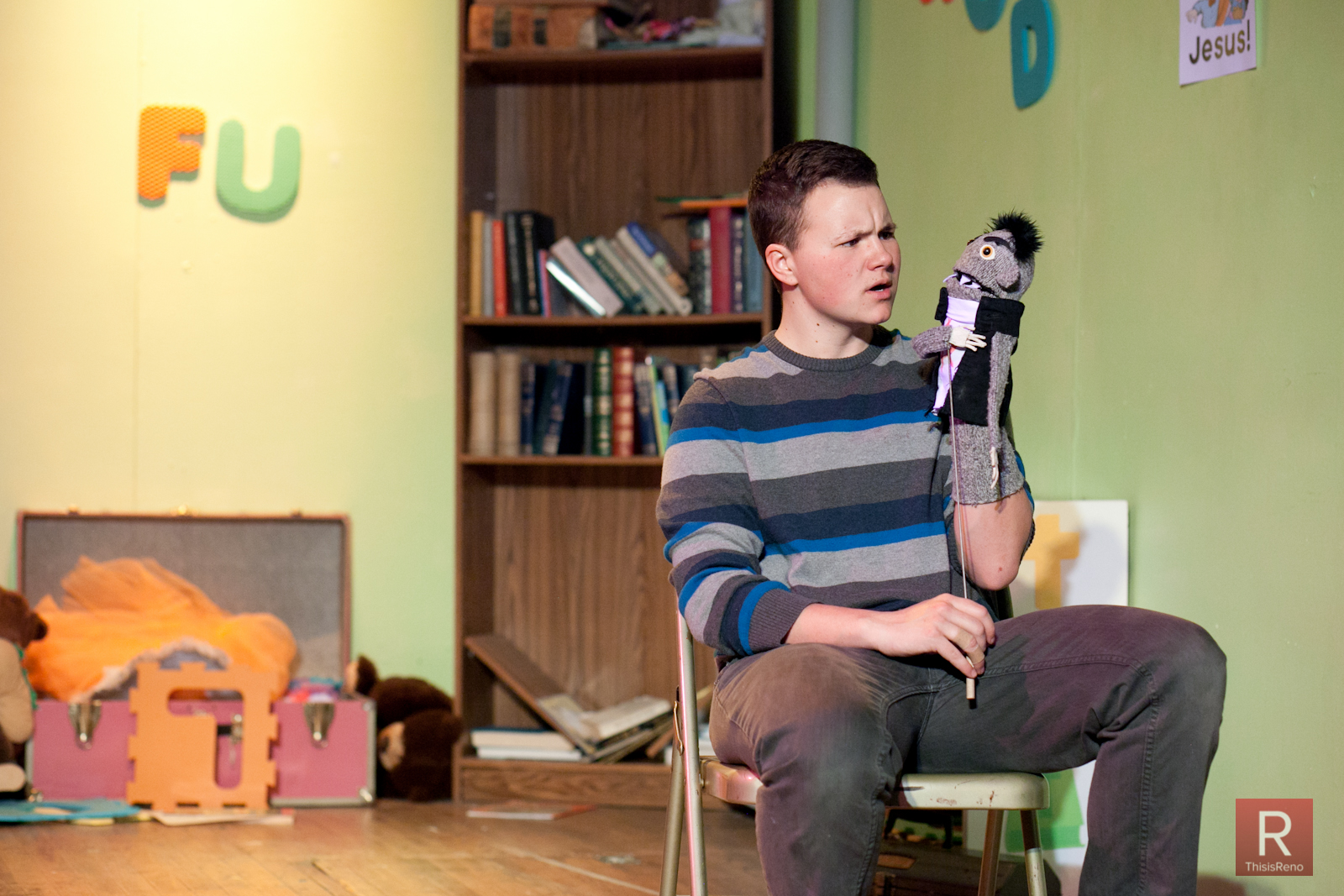 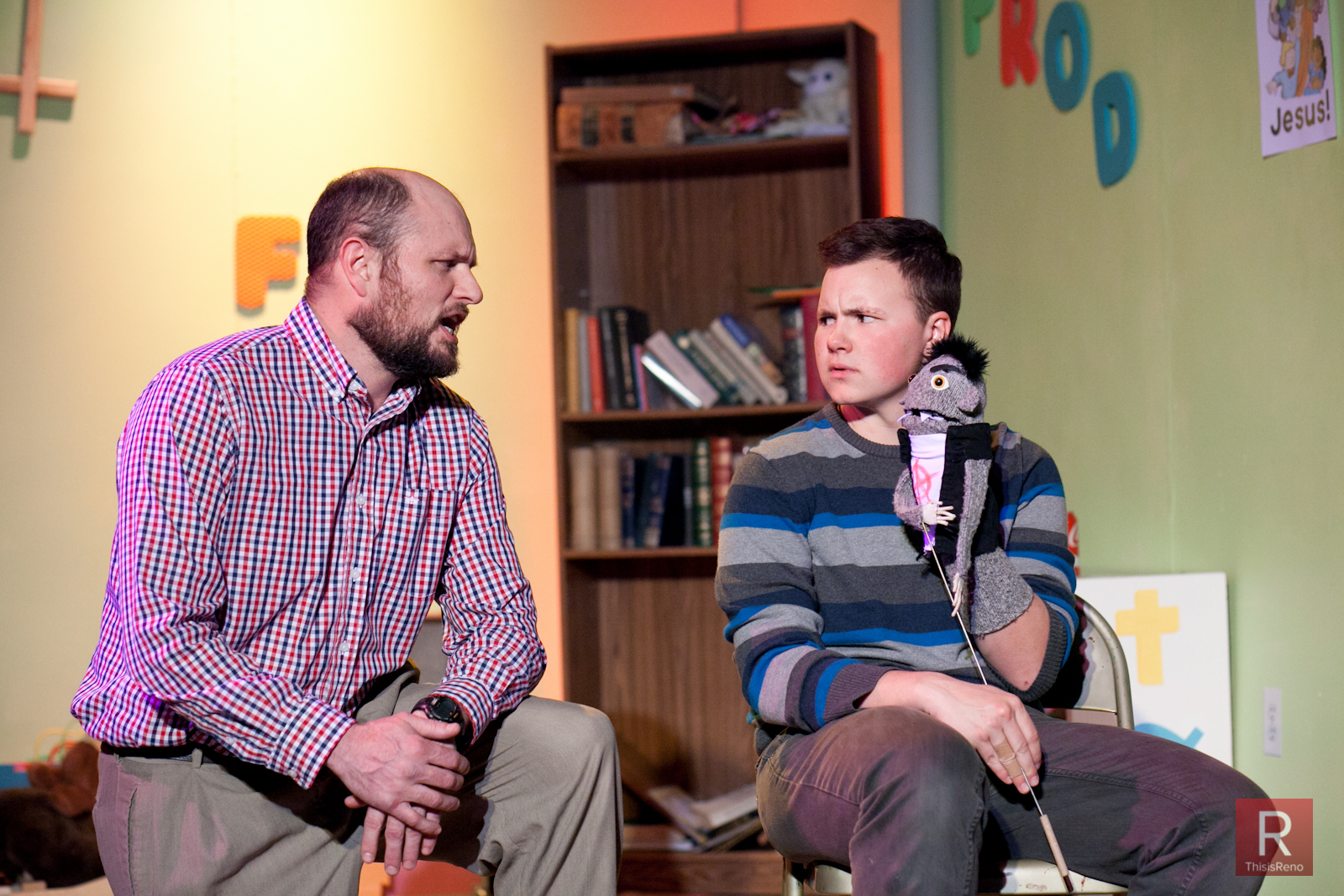 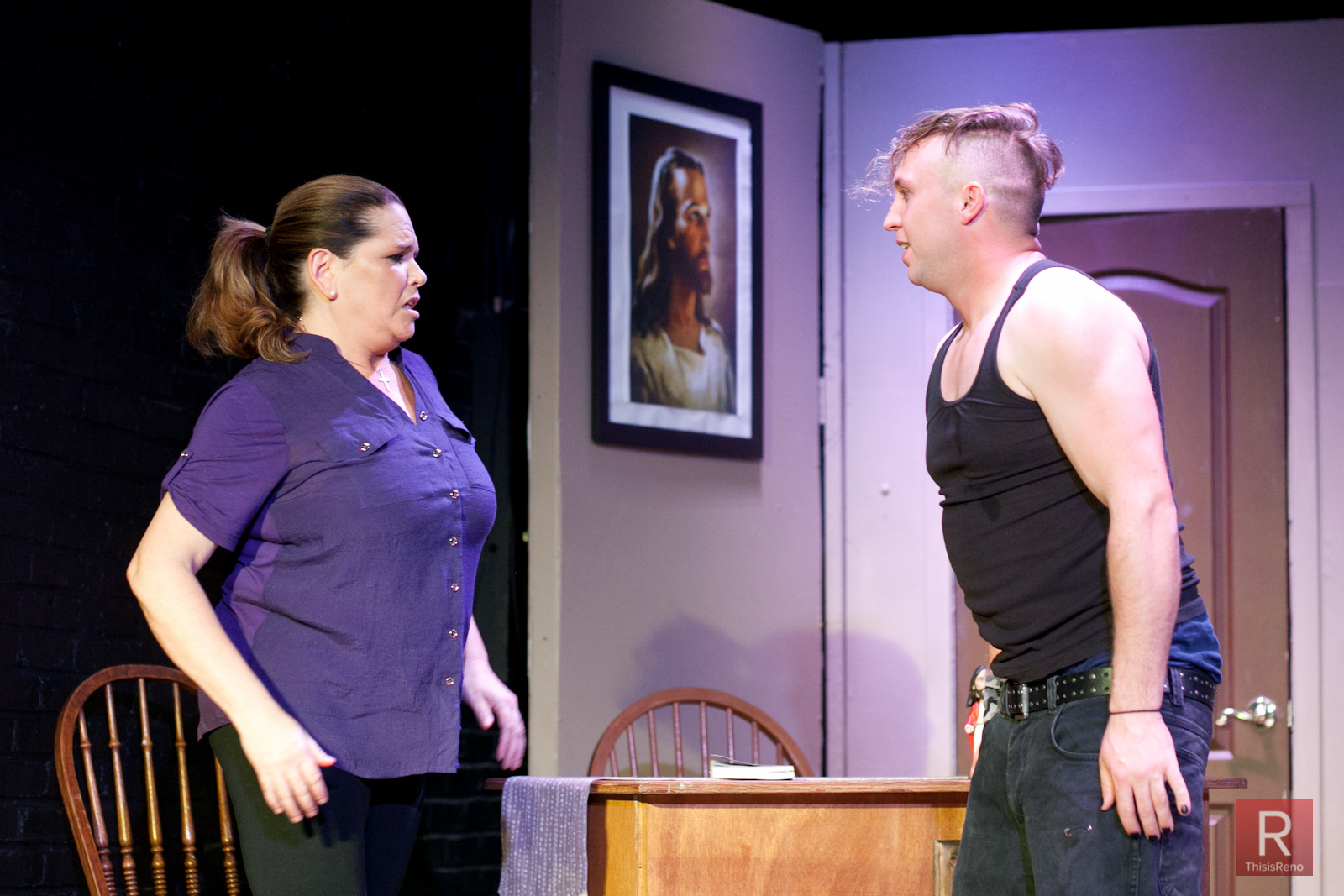 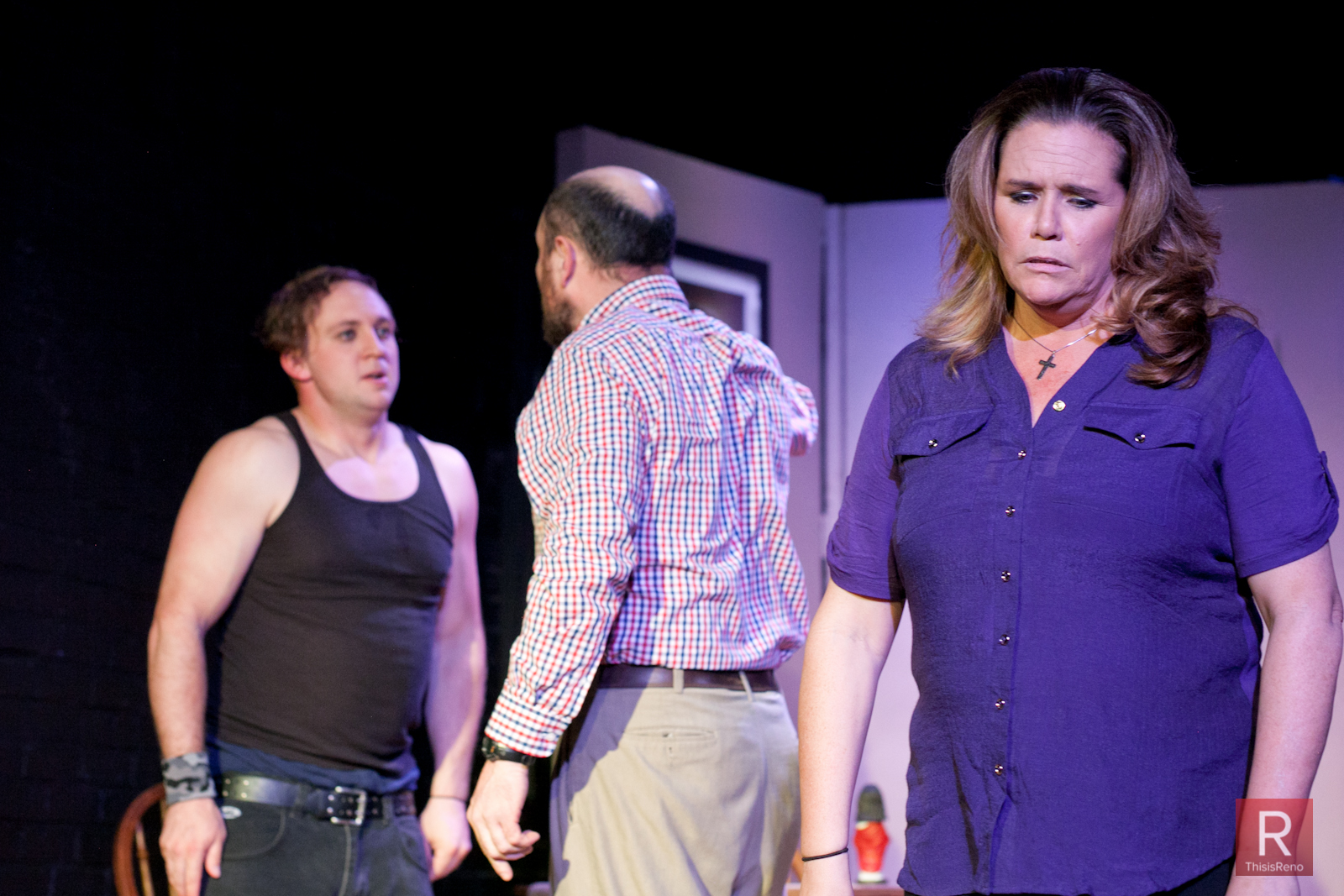 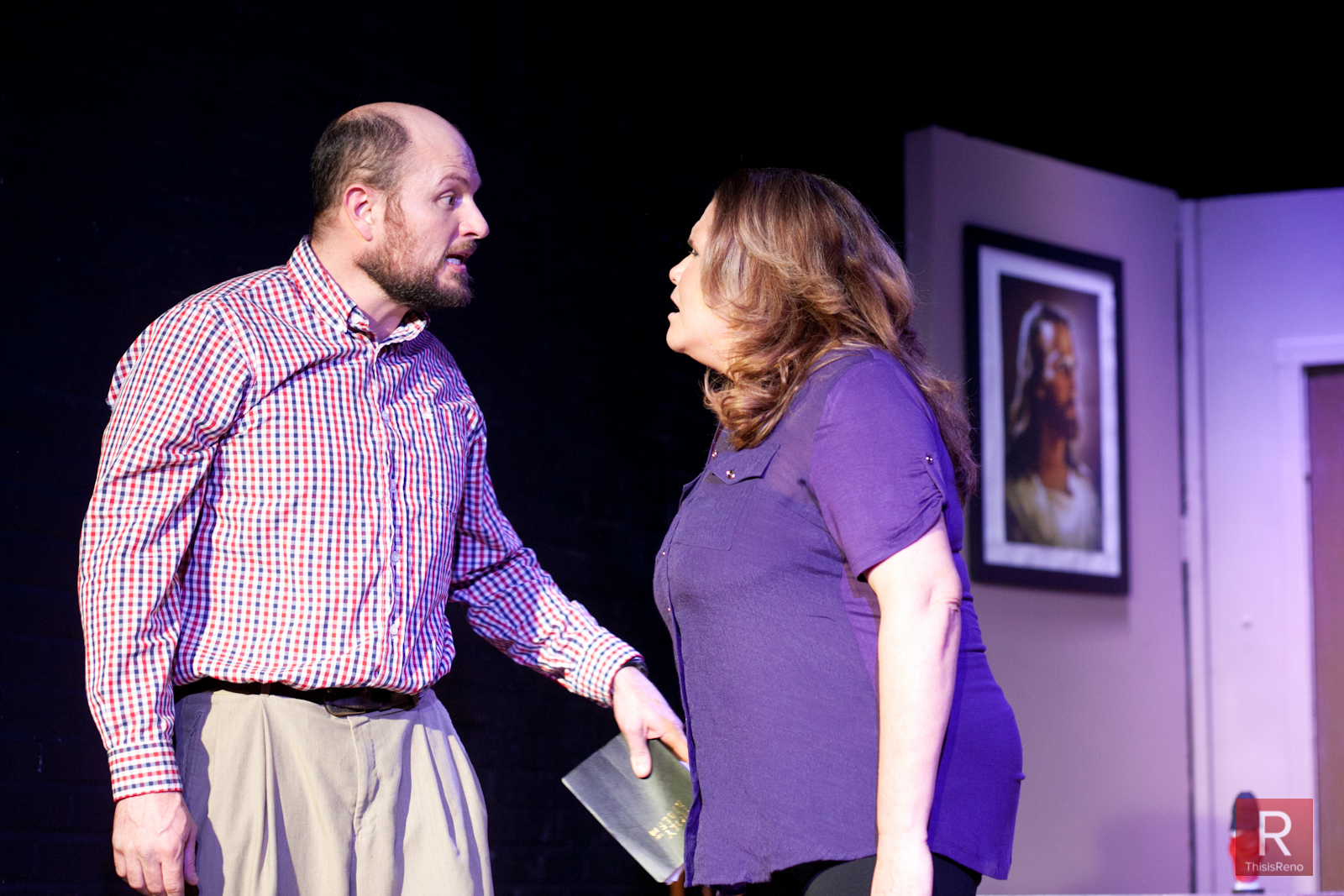 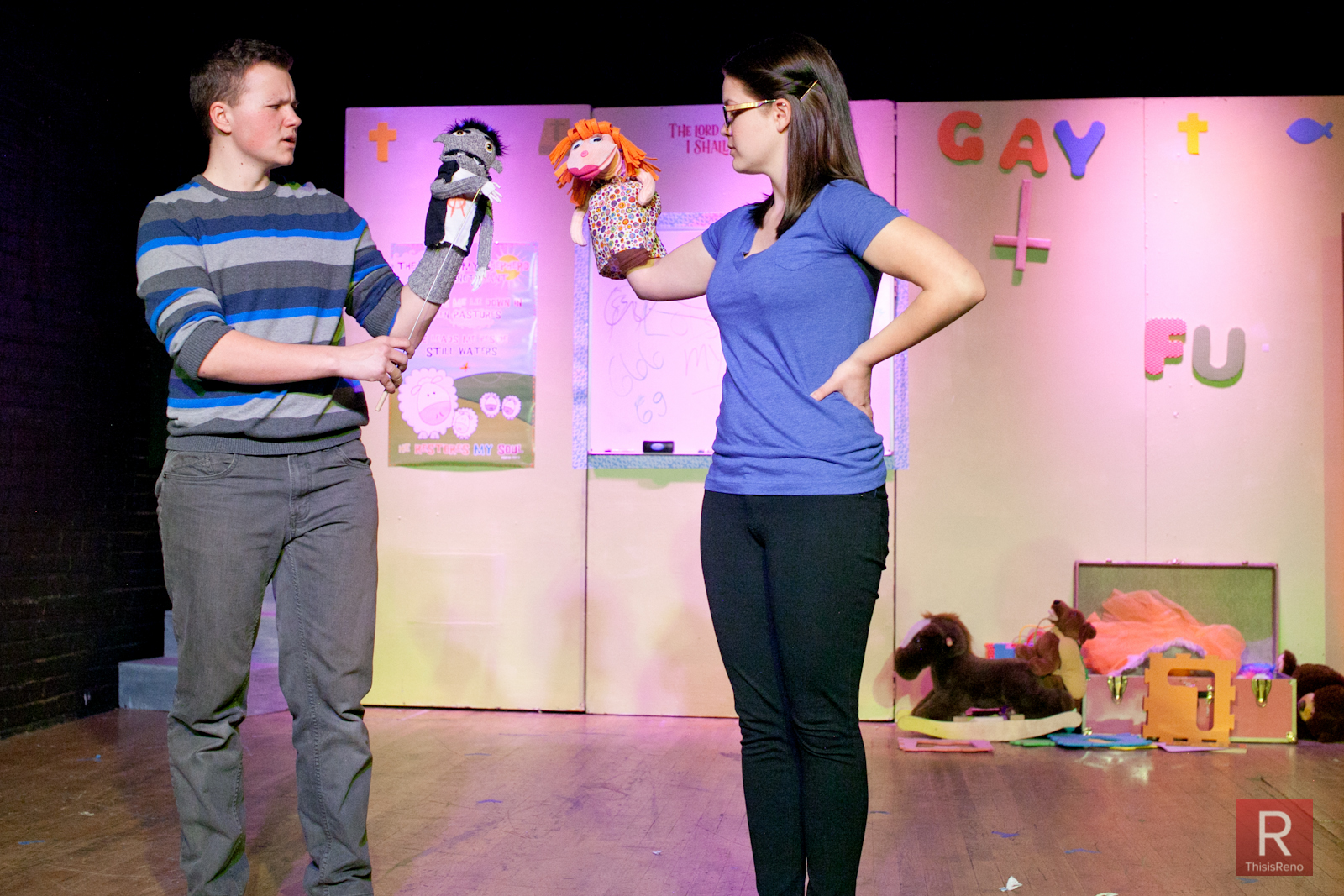 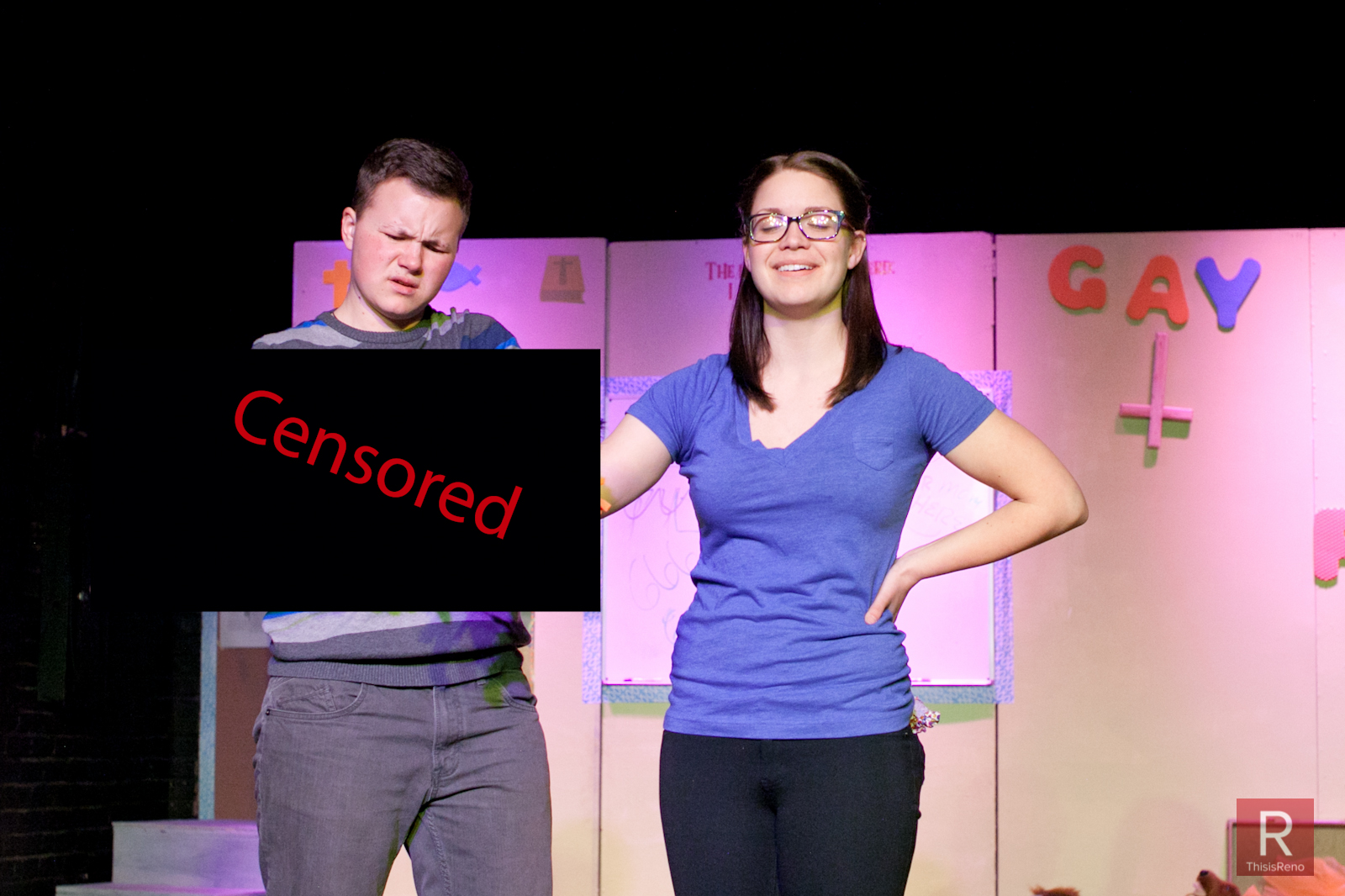 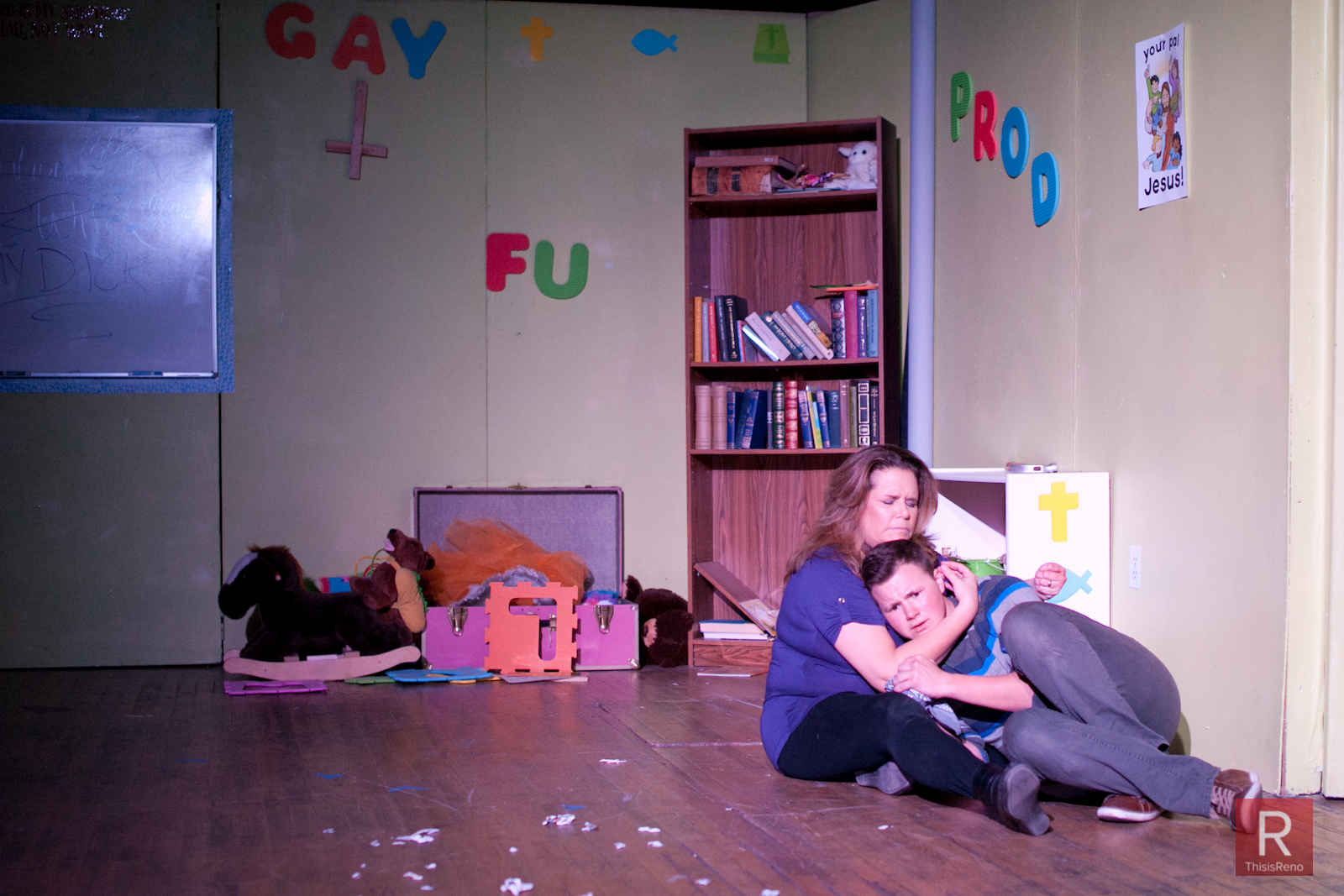