The Regional Science Fair: Setting the Stage for Young Innovators for 50 Years 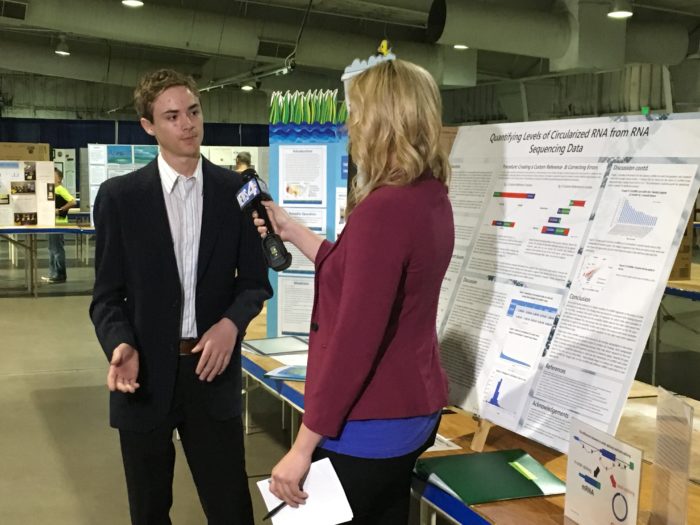 Very few community events make it to their 50th anniversary. It takes community support, interest and money, and luckily for budding young scientists and engineers in Nevada’s western region, that combination has succeeded in keeping the Nevada Western Regional Science and Engineering Fair awarding the best and brightest for half a century.

Many of us can recall creating a science fair project during our childhood—maybe creating an erupting volcano or conducting some research to solve a problem using the scientific method. After volunteering to do publicity efforts for the regional fair for a few years, Fair Director George Ochs asked me to meet him at UNR one day to meet a promising “young Einstein” who would be competing in our fair. After taking a mysterious elevator ride to the basement of the College of Science, I met a peculiar, bright-eyed ninth grader named Taylor Wilson.

Wilson was attending the Davidson Academy at UNR, a public middle and high school for profoundly gifted young people. As part of his attendance at the Davidson Academy, he had access to work with professors at UNR, and that’s where we found him—working with a professor in the basement to become the 33rd person, and the youngest person ever at the time, to separate neutrons from an atom. His eyes lit up as he described his work, and since I had worked for the National Nuclear Security Administration supporting the Nevada Test Site earlier in my career, I quickly saw that Wilson knew a lot more than many adults about nuclear reactors, atoms and how they work.

“You’re scaring me right now with how much you know at your age,” I recall saying to him.

This interaction between us became the first of many, as I watched Wilson compete and win from 9th through 12th grade in our regional science fair, and then the Intel International Science and Engineering Fair—the World Cup or World Series of science fairs. Intel ISEF, of which the Western Nevada fair is affiliated, brings together over 1,700 students from all over the United States and over 70 nations to compete and win well over $5,000,000 in scholarships, establish new collaborations for the future, experience exciting cultural exchanges and gain recognition from their peers. The top high school winners from the regional fair go on to compete at Intel ISEF, an opportunity that becomes one of the most exciting experiences of their young lives.

“What’s great about these science fairs is they give you the opportunity to ask any question and find an answer for it, and learn the hands-on skill of science,” said Wilson, who is now a twenty-two-year-old applied nuclear physicist. “It’s one thing to learn science in the classroom or from a book, but it’s an entirely different thing to get your hands on science, and that’s when young people can become inspired. And that’s certainly what happened to me.”

Wilson’s curiosity and determination led him from storing and studying nuclear material in his family’s home garage, to exploring problems that faced him personally with a family member who had medical issues, to problems that affect all of us—the threat of nuclear terrorism. He entered projects in the regional fair that utilized research in radioactive isotopes to create mobile hospital bed-side medical testing, and created a system for detecting nuclear material in cargo containers shipped by terrorists to America.

The latter project he showcased at the White House Science Fair, and after Wilson explained his project to President Obama, the President turned to his staff to ask if they had hired him yet.

“People don’t understand that science fair projects are an interdisciplinary endeavor for students. They incorporate science, math, history, literature, graphic arts, research and publishing when they create their project and their science fair board,” said Ochs. “This is the first time a student creates published research for the first time.”

Ochs reminisces about one of his former students he taught science to at Reno High School. Ochs worked with student Andrew Gardner, encouraging him to enter his project in the regional science fair. Gardner ended up winning at the regional fair, then going on to compete at Intel ISEF, where he won 2nd place in the world in his category, Environmental Sciences. He also was named the first “Intel Fellow for Impacting your Community.”

“The regional fair and Intel ISEF are so much more than a research experience—it is multidiscipliary in so many ways. I wrote grants to obtain the field equipment that I needed to gather and analyze my samples, and have written grants several times since for technology ranging from dairy herd analysis to population health to aerospace air quality,” said Gardner. “I had to present my findings to different groups. At the fairs, you had to learn to present to people in context of the recipient: a generalist versus a statistician versus a biologist needs a very different take on the story.”

When working on his science fair project, Gardner found his way to the state demographer’s office at UNR.

“It was the first time that I was ever introduced to the deeper elements of the census,” he said.

Today, Gardner is the Senior Director of Analytics and Cofounder for Aloha Health.

“I currently use what I learned about the census as an asset in all of the health models we develop today to change everything from PTSD in soldiers to opioid abuse,” said Gardner. “We are working with Harvard Medical School and the Dana Farber Cancer Institute to use social determinate data from the census to discover attributes that lead to cancer.”

Recently, his company created a model of obesity in Jacksonville, Florida, among people with long commute patterns.

“We are going to use advanced behavioral analytics to determine how to develop public health interventions to prevent diabetes in this population,” he said.

It takes more than 100 community volunteers to put on the fair, as well as judge the fair each year, and these talented people come from all kinds of backgrounds: education, research, engineering, water quality, mining, architecture and business, to name a few. As the Western Nevada Regional Science and Engineering Fair celebrates its 50th anniversary on March 8-9 at the Reno-Sparks Livestock Events Center, the public is invited to visit the fair to witness the newest “young Einsteins” in our area during visitation hours on Thursday, March 9 from 3-8 p.m. For more information on the regional fair, visit: www.nevadasciencefair.net. Follow us on Facebook: www.facebook.com/WNRSEF or Twitter: www.twitter.com/wnrsefair 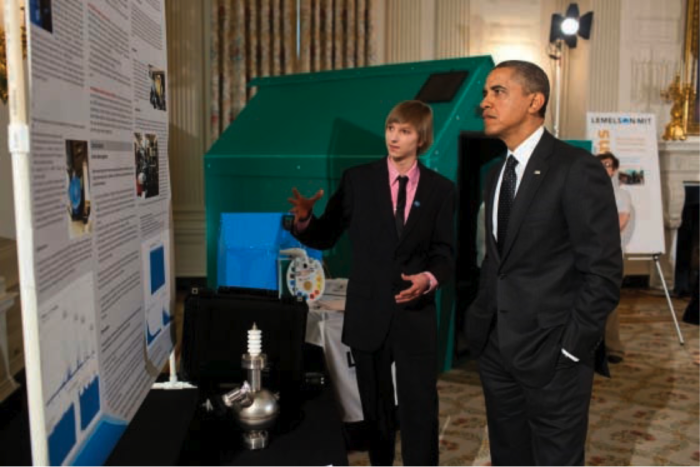