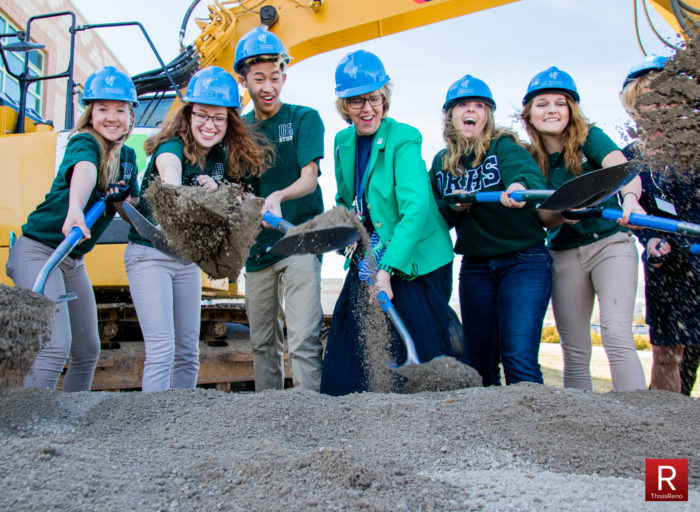 Scroll down for a gallery of images from the event.

When Washoe County question 1 was passed by voters in the November election it paved the way for Washoe County School District (WCSD) to begin expansion and repair of schools in need. This Thursday, March 16, marked the first groundbreaking for projects resulting from the sales tax increase.

Damonte Ranch High School (DRHS), currently the most crowded school in the district, is undergoing a 22-classroom expansion. Completion is expected during the 2017-2018 school year.

Volunteers who campaigned for WC-1 gathered at the school’s west side along with school employees, local residents, students, members of Clark/Sullivan Construction, and members of the press for the event. 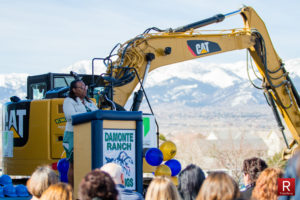 WCSD Superintendent Traci Davis is flanked by an excavator at the groundbreaking for the DRHS expansion. Image: Ty O’Neil.

An excavator parked on the lawn displayed the contractor’s banner. A line of blue hardhats and shovels emblazoned with the WCSD logo laid in wait in the early morning shadow. Spirits were high on the warm, sunny morning and the growing crowd mingled and discussed the school’s bright future. A student jazz combo played an upbeat tune as attendees took their seats.

WSCD Board of Trustees Vice President Katy Simon Holland introduced both the DRHS Color Guard and Piu Mosso, their choir, who performed the national anthem. Both received a long round of applause.

Damonte Ranch developer Perry Di Loreto shared a brief history of the Damonte family, who he thanked for donating the land on which to build the high school. He also thanked voters for passing WC-1 to make the expansion possible.

Additional speakers at the event continued the round of thanks and recognized passage of WC-1 as a team effort.

Brandi Anderson, a parent and WC-1 advocate, discussed her fear when she learned of the overcrowding at the school. But, she pointed out, the school’s administration had taken the time and energy to inform parents of the situation. This information led her to get involved right away, becoming a member of SOS, Save Our Schools Washoe.

DRHS Principal Denise Hausauer boasted of the school’s 90 percent graduation rate for the school’s class of 2016 before introducing student body president Savanna Cilonis and incoming Vice President Thaddaeus Lam. Both students shared their experiences in the “mobiles,” referring to the temporary structures constructed in a rear parking lot. Not only did the mobiles have heating and cooling issues, Lam noted that crossing between the main building and the mobiles during snow, rain, flooding, and hail were all far less pleasant than the current weather.

A line of volunteers, students, school staff, and community members donned hardhats and shovels for the ceremonial breaking of ground to close out the event. Three. Two. One. Shovels thrust into the dirt as a cheer went up from the crowd as the DRHS Chamber Orchestra played to close the event. 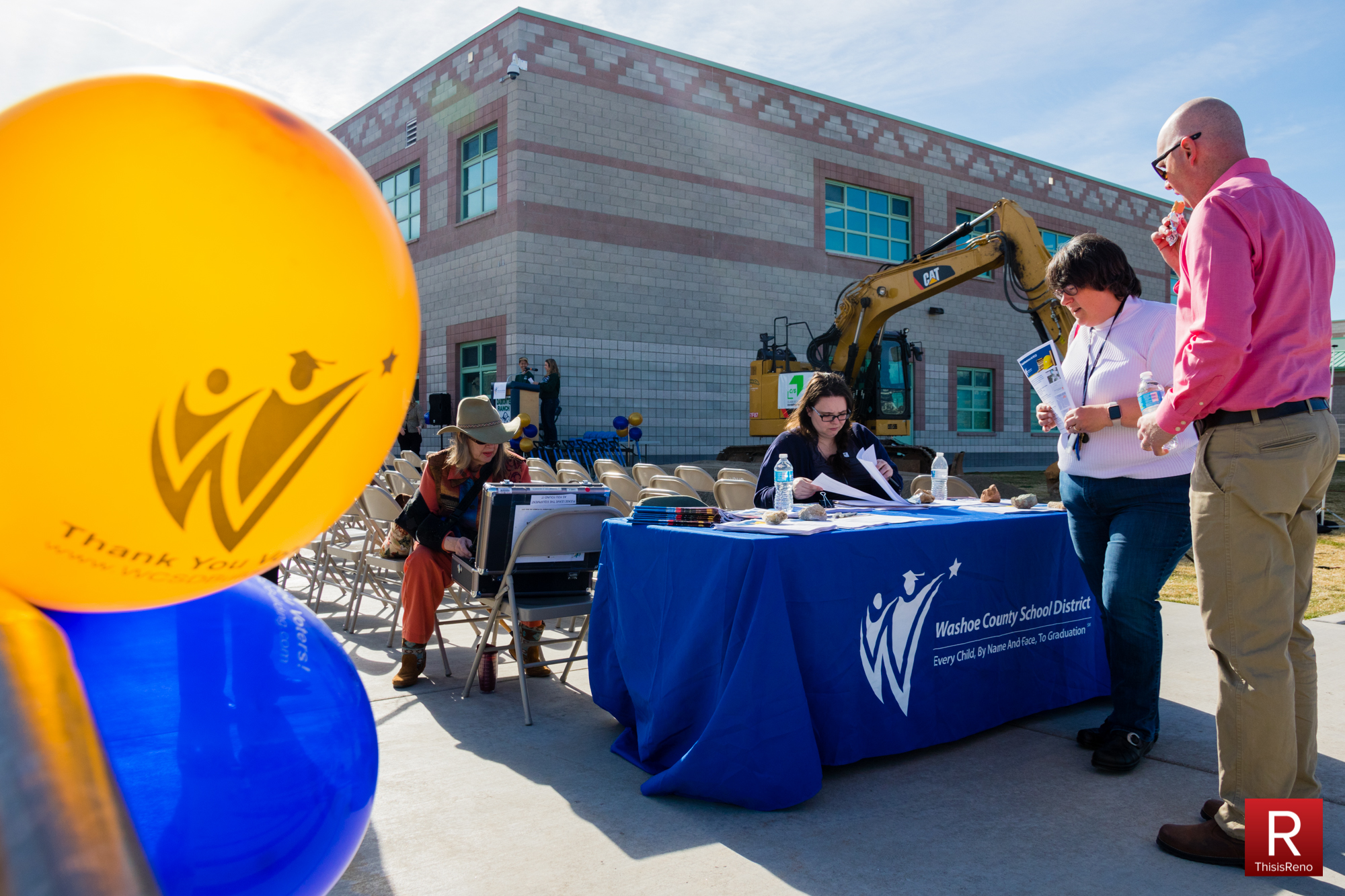 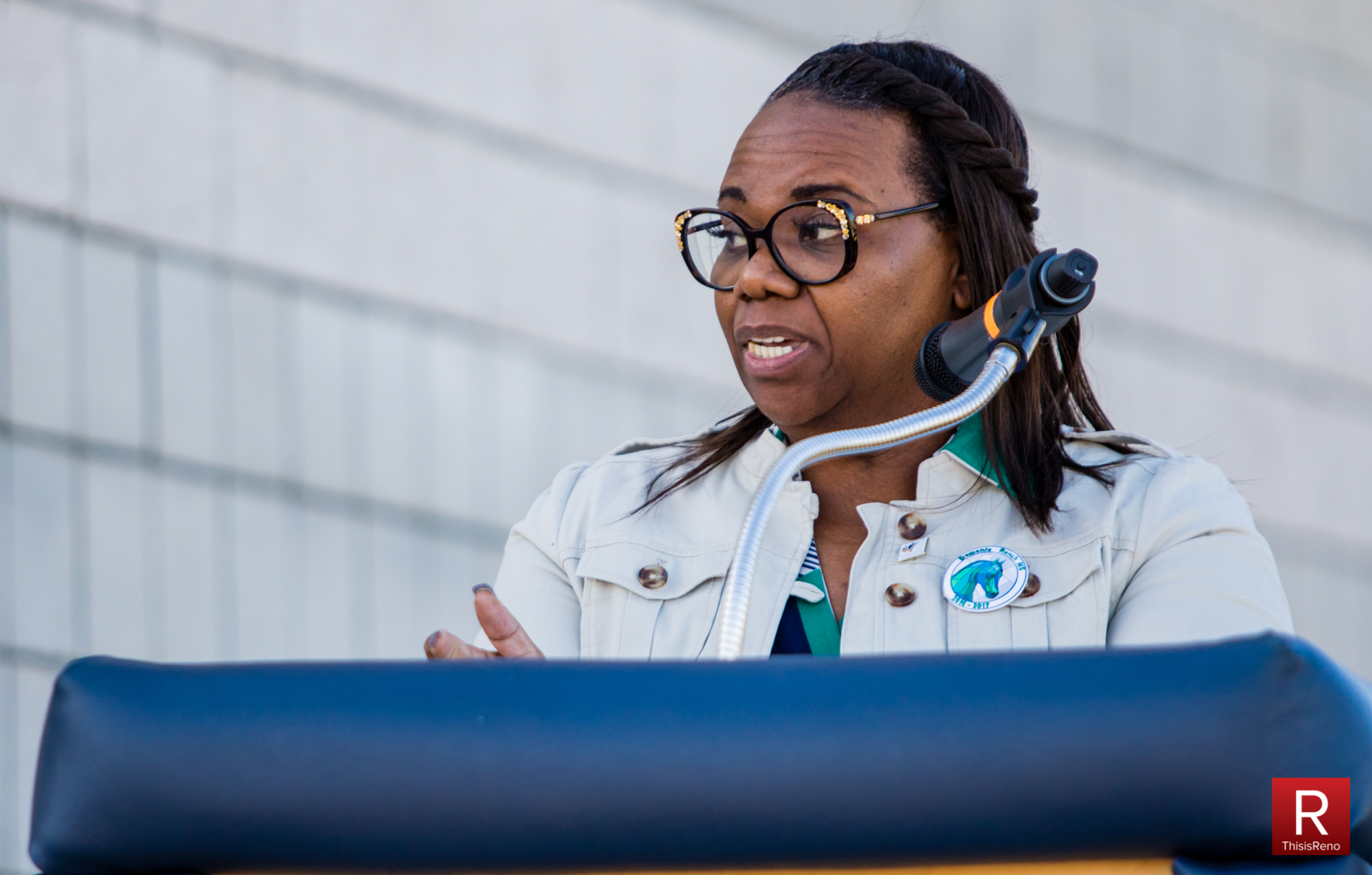 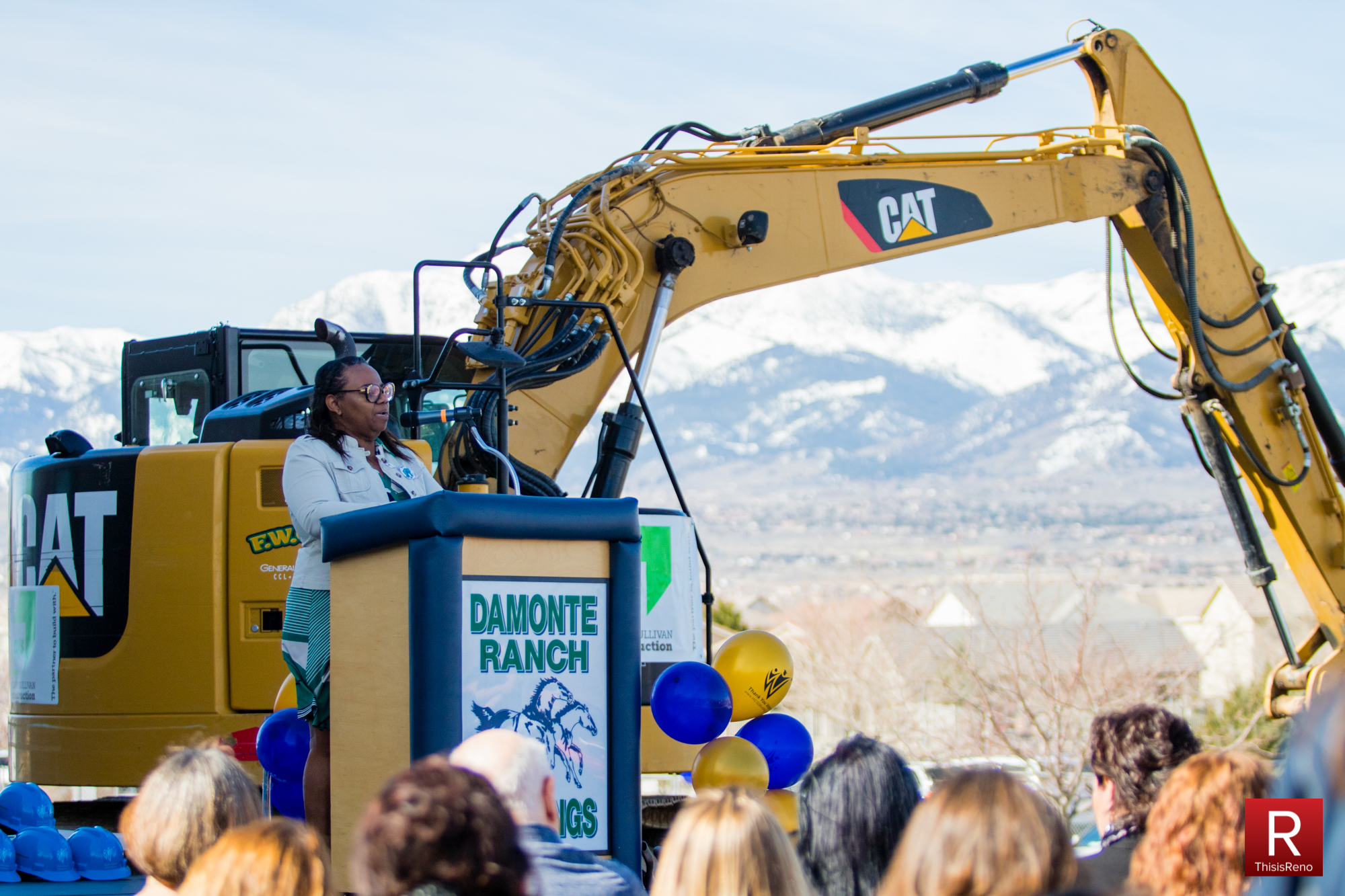 WCSD Superintendent Traci Davis is flanked by an excavator at the groundbreaking for the DRHS expansion. Image: Ty O'Neil. 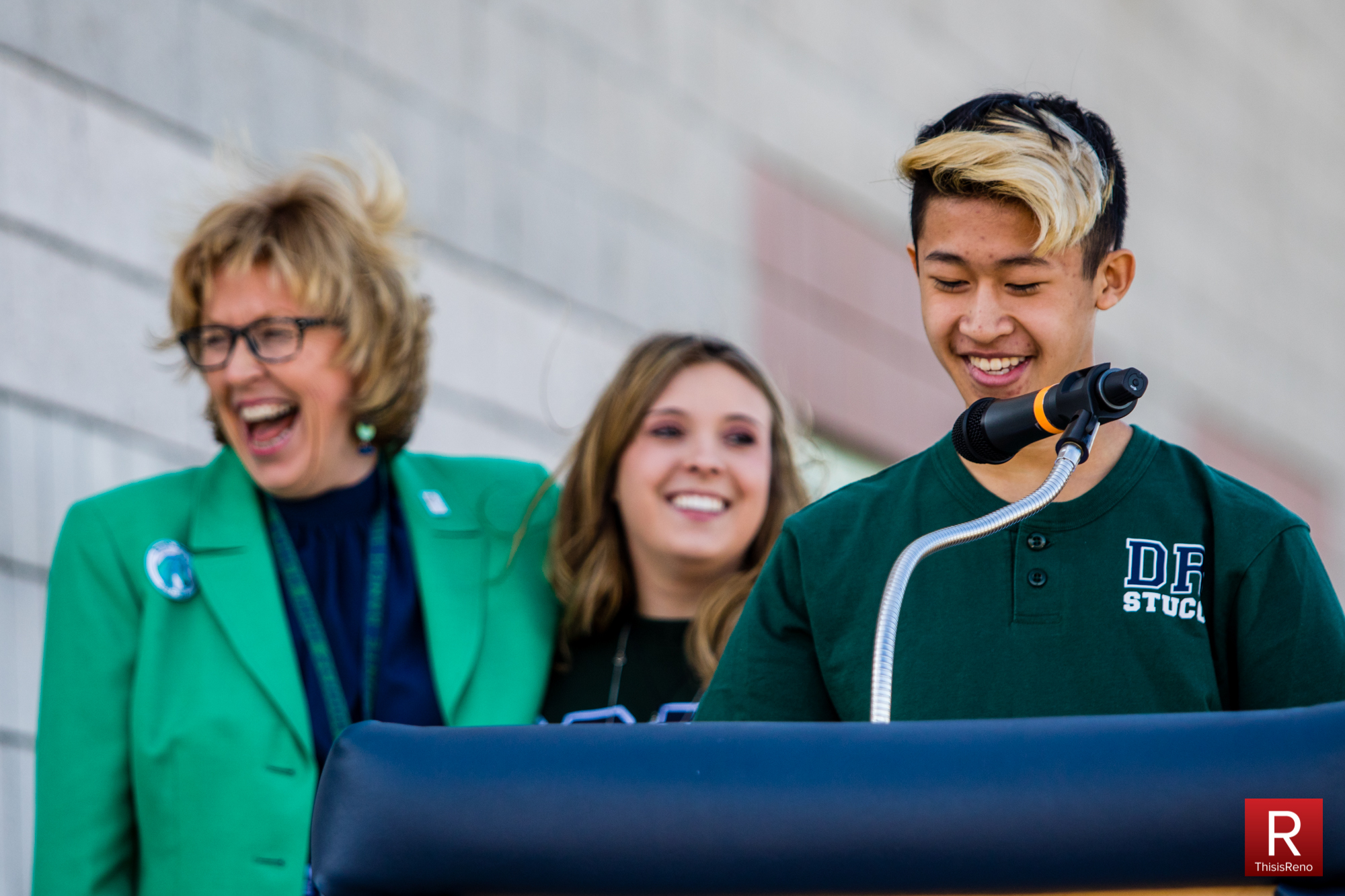 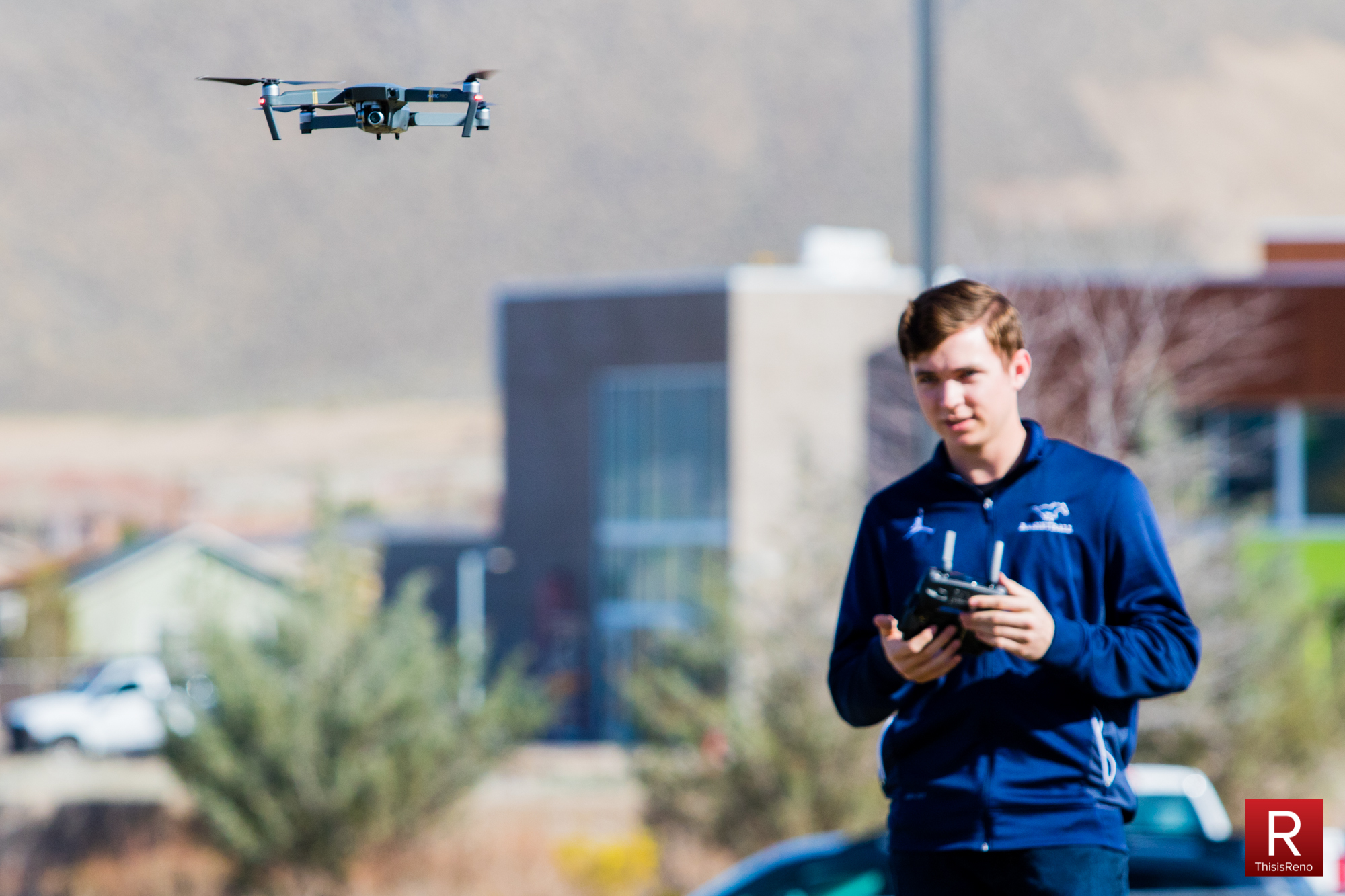 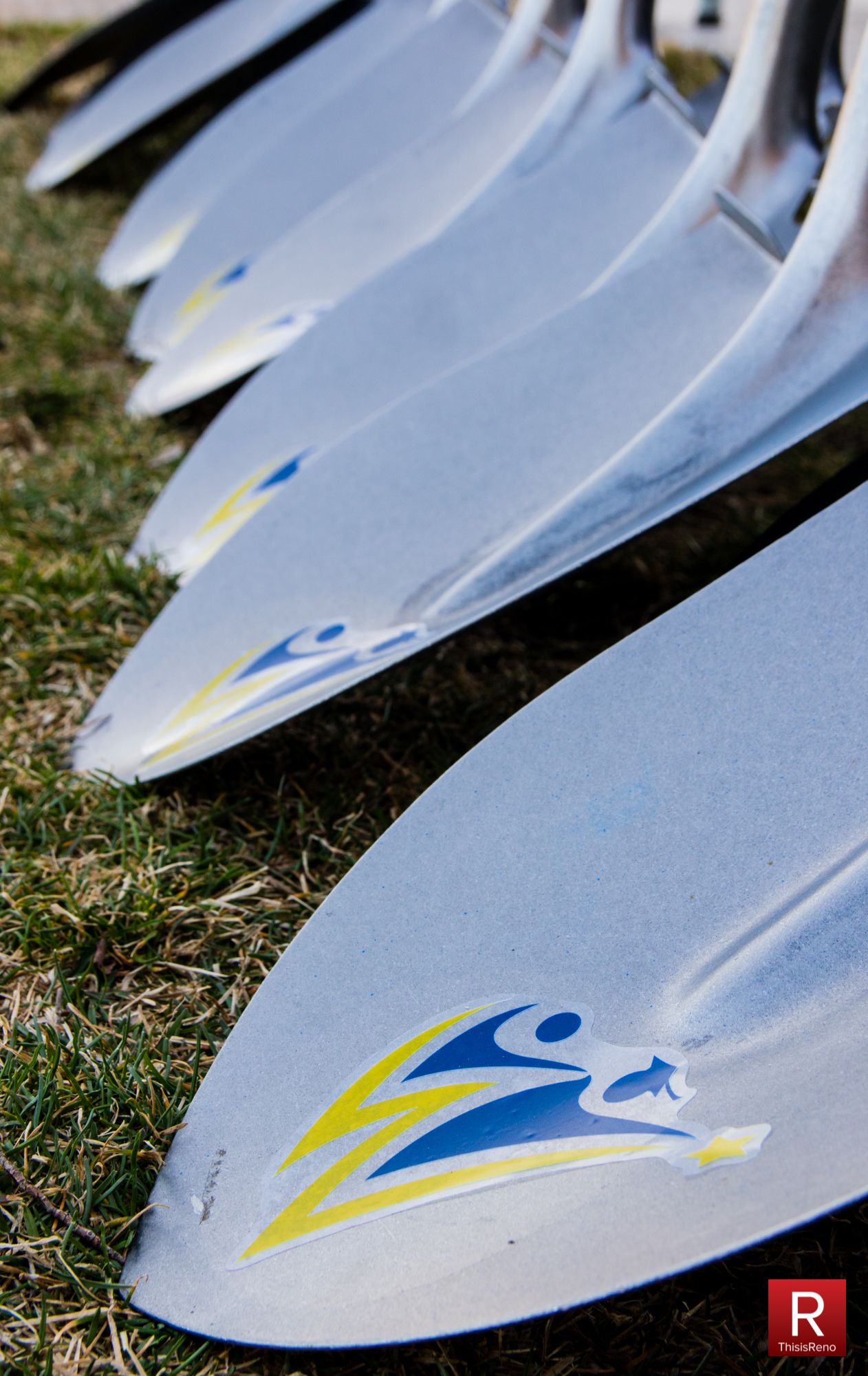 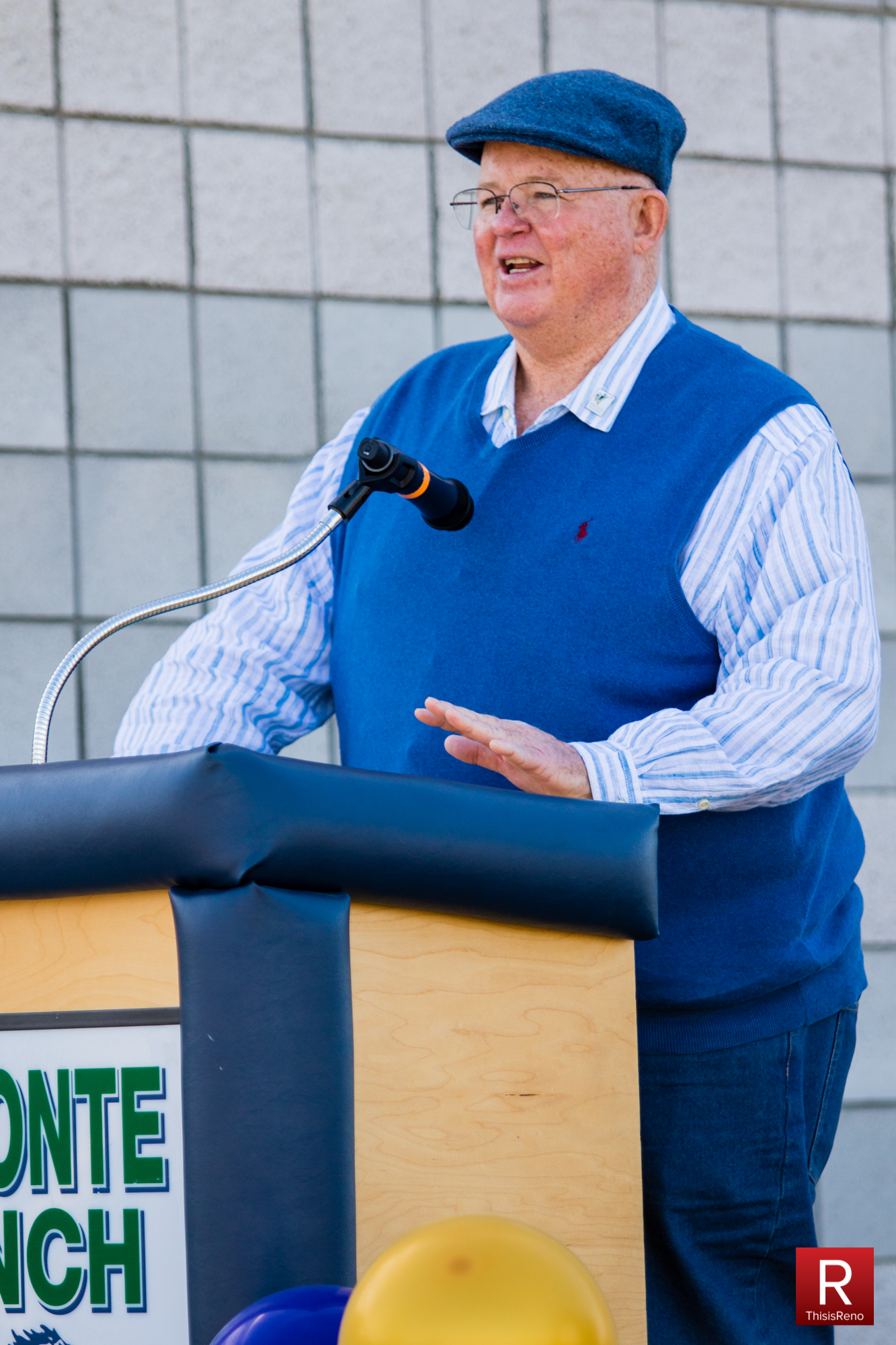 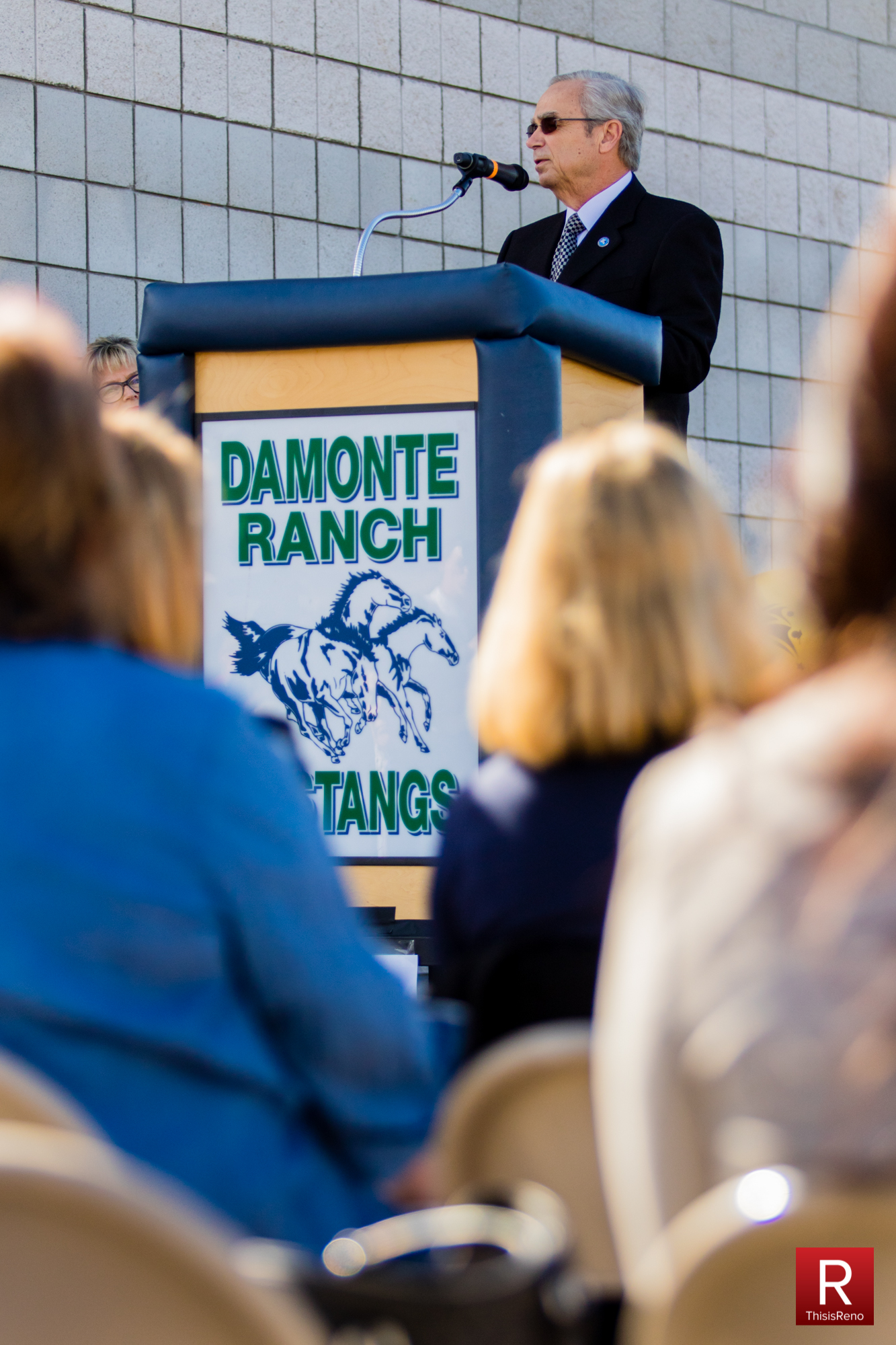 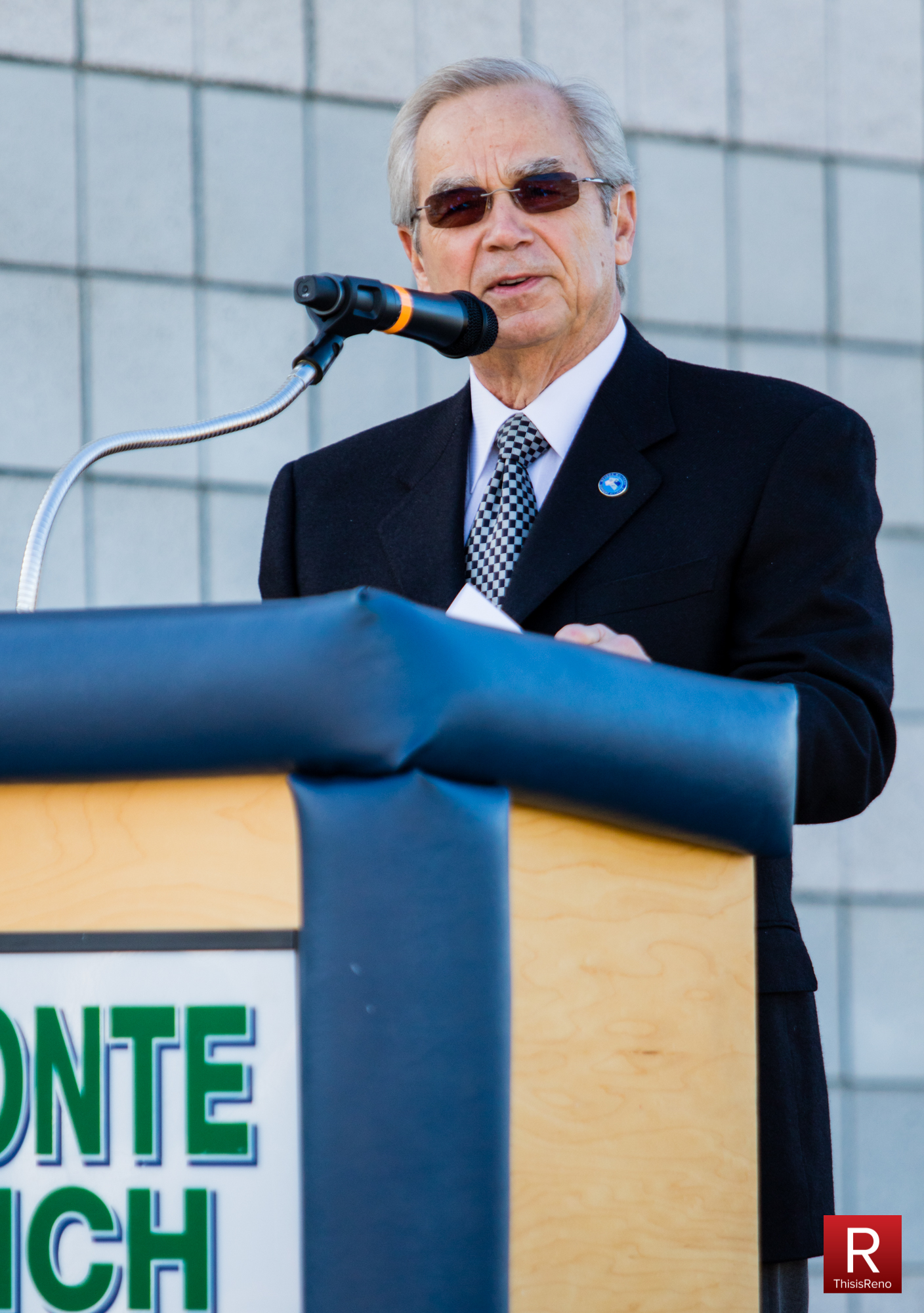 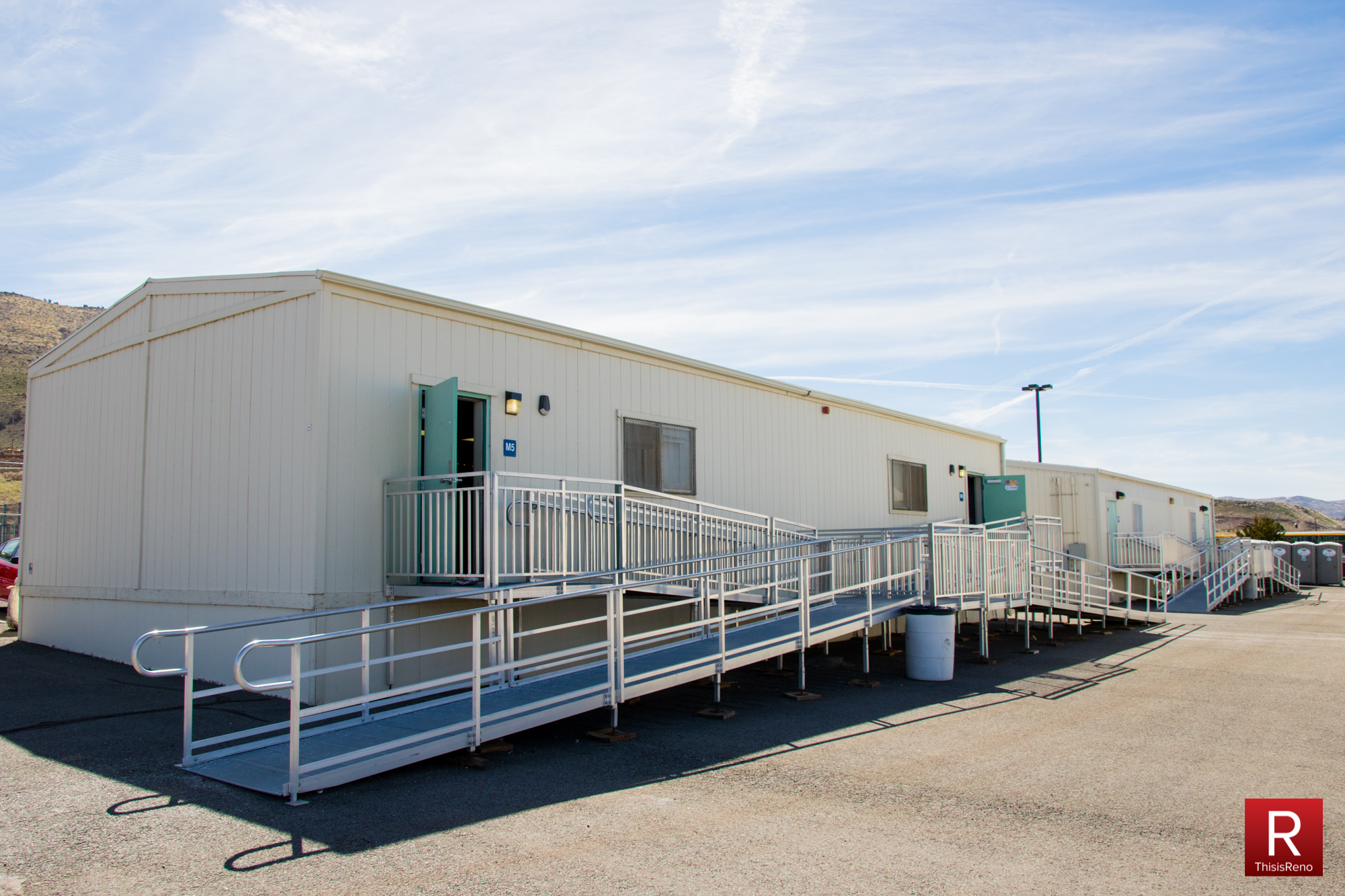 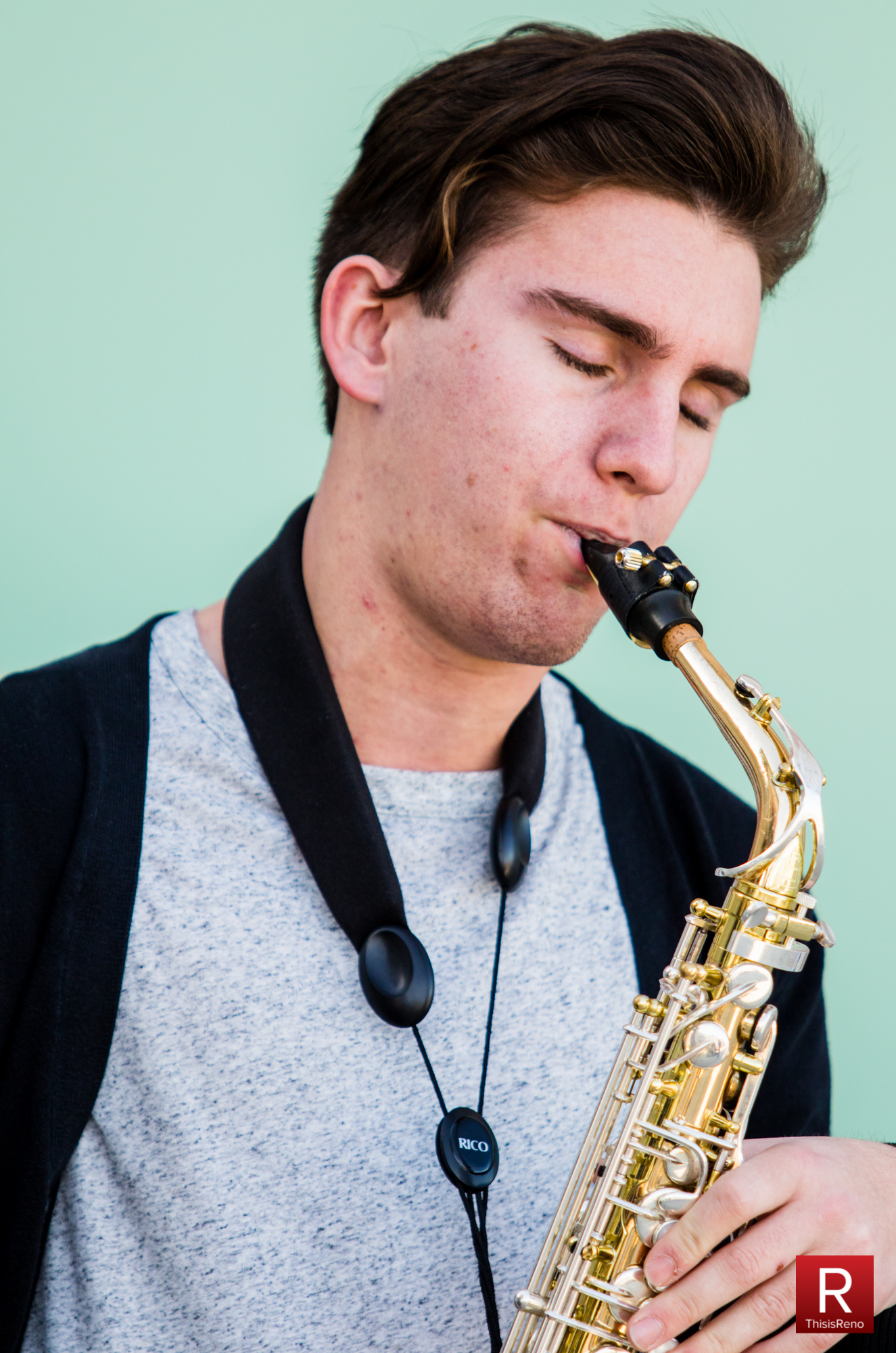 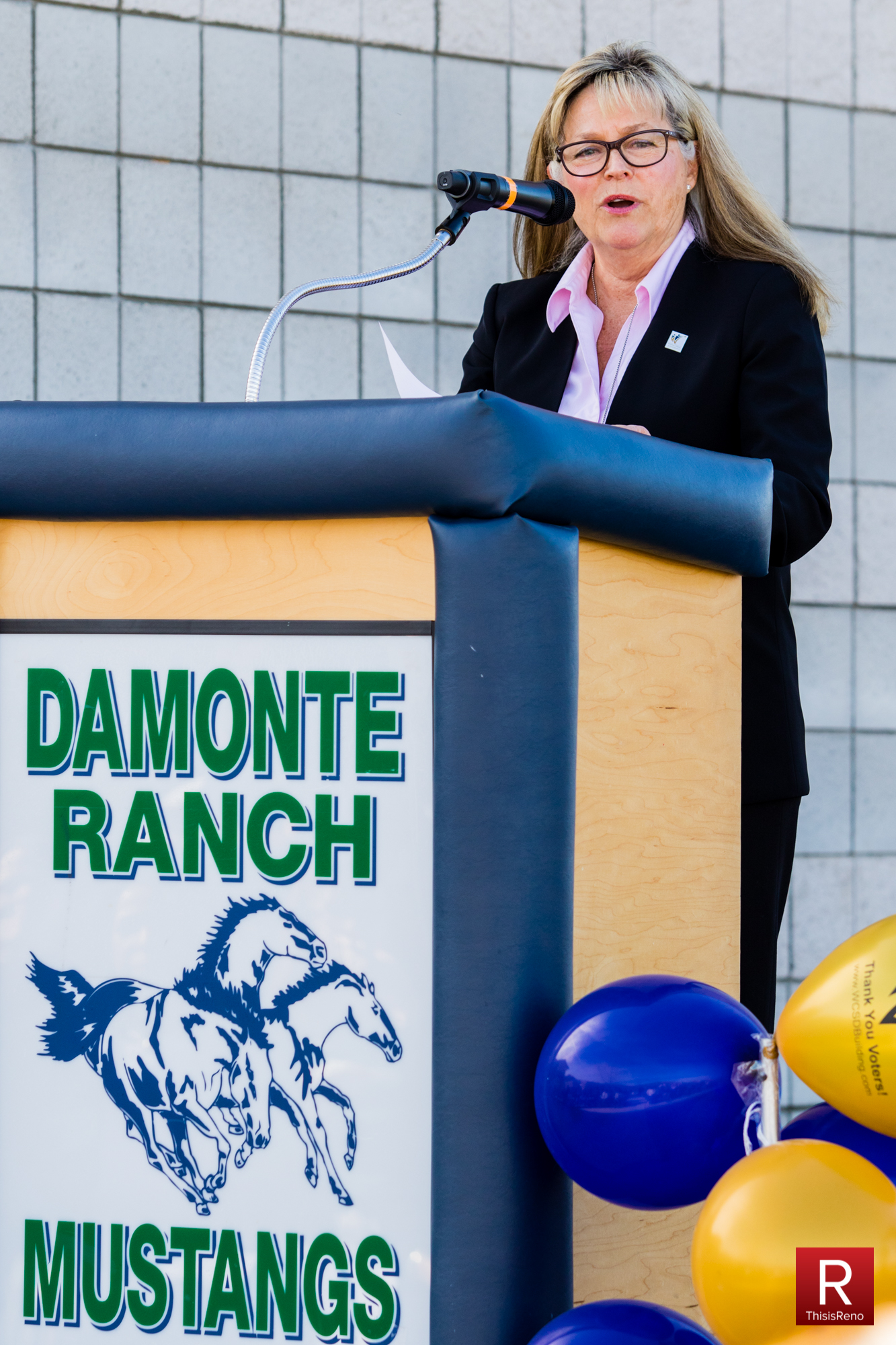 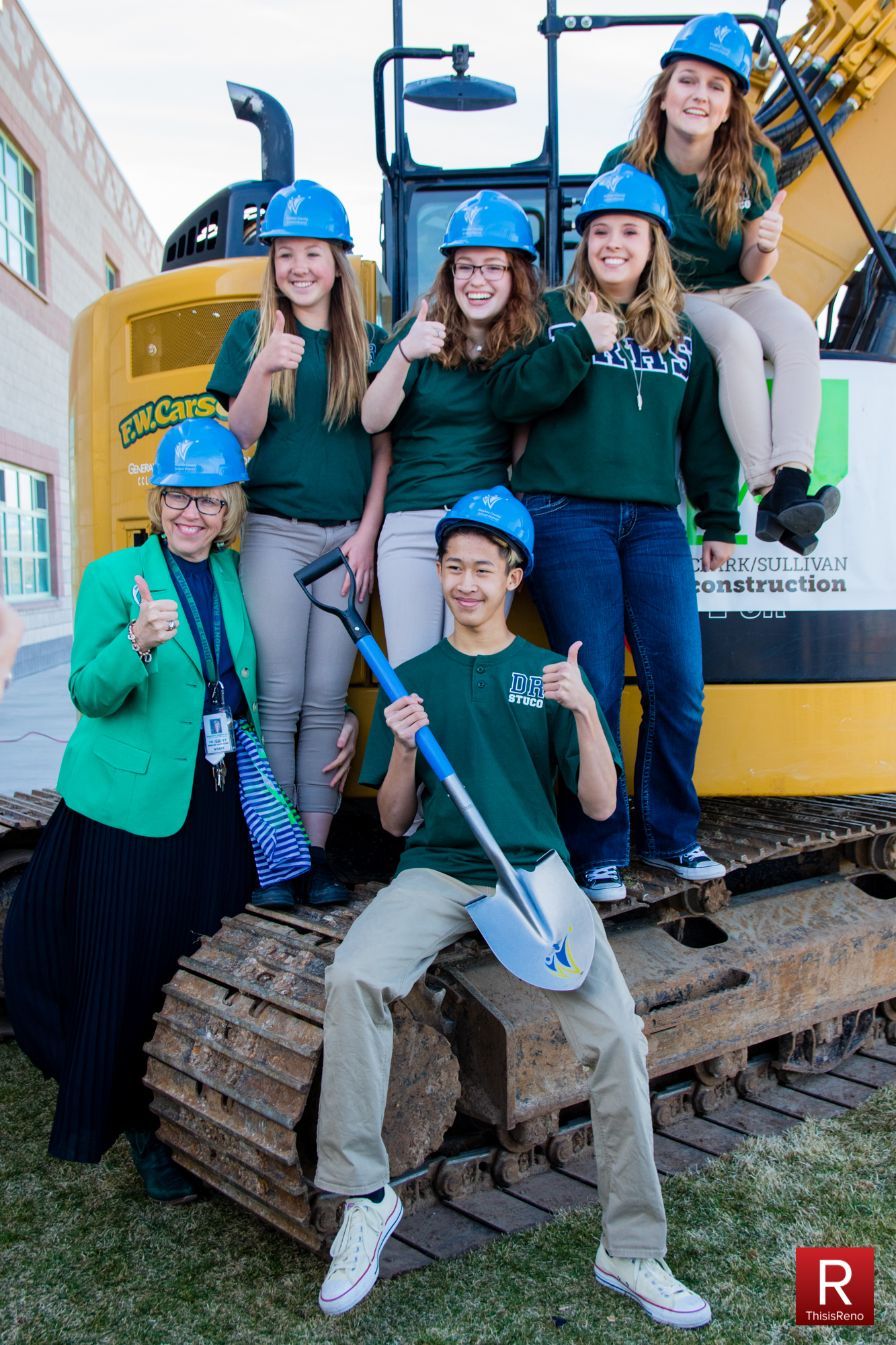 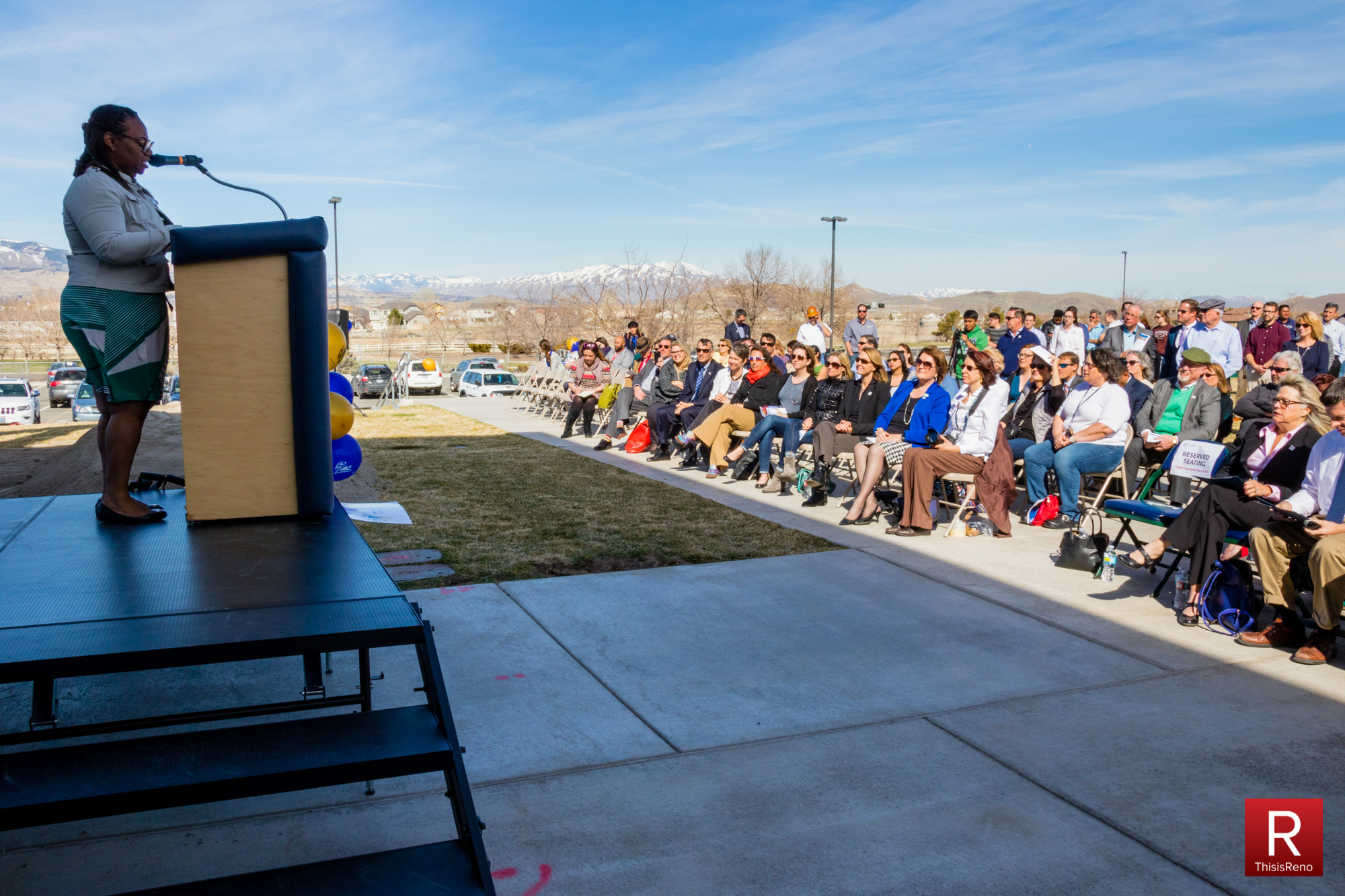 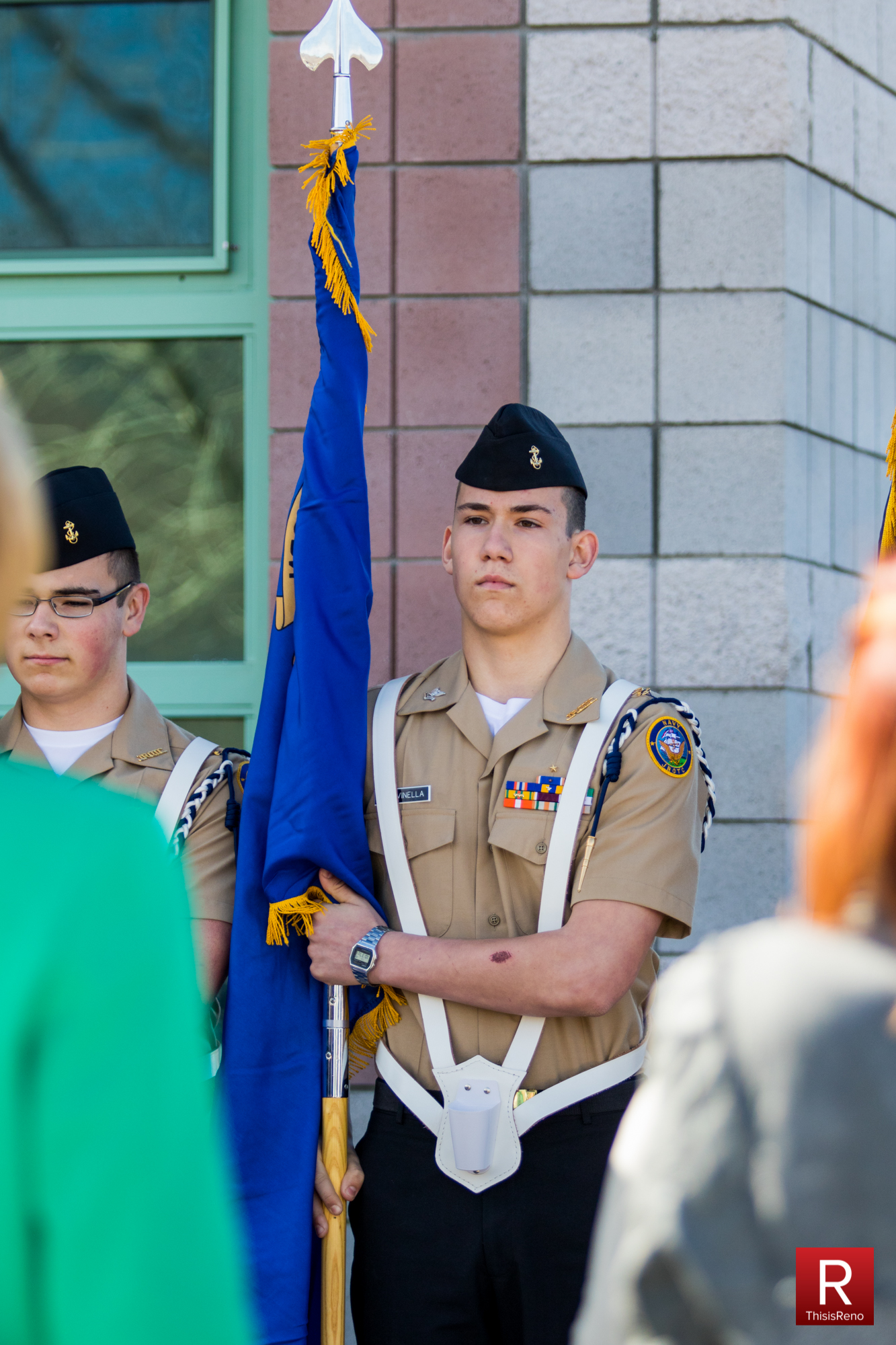 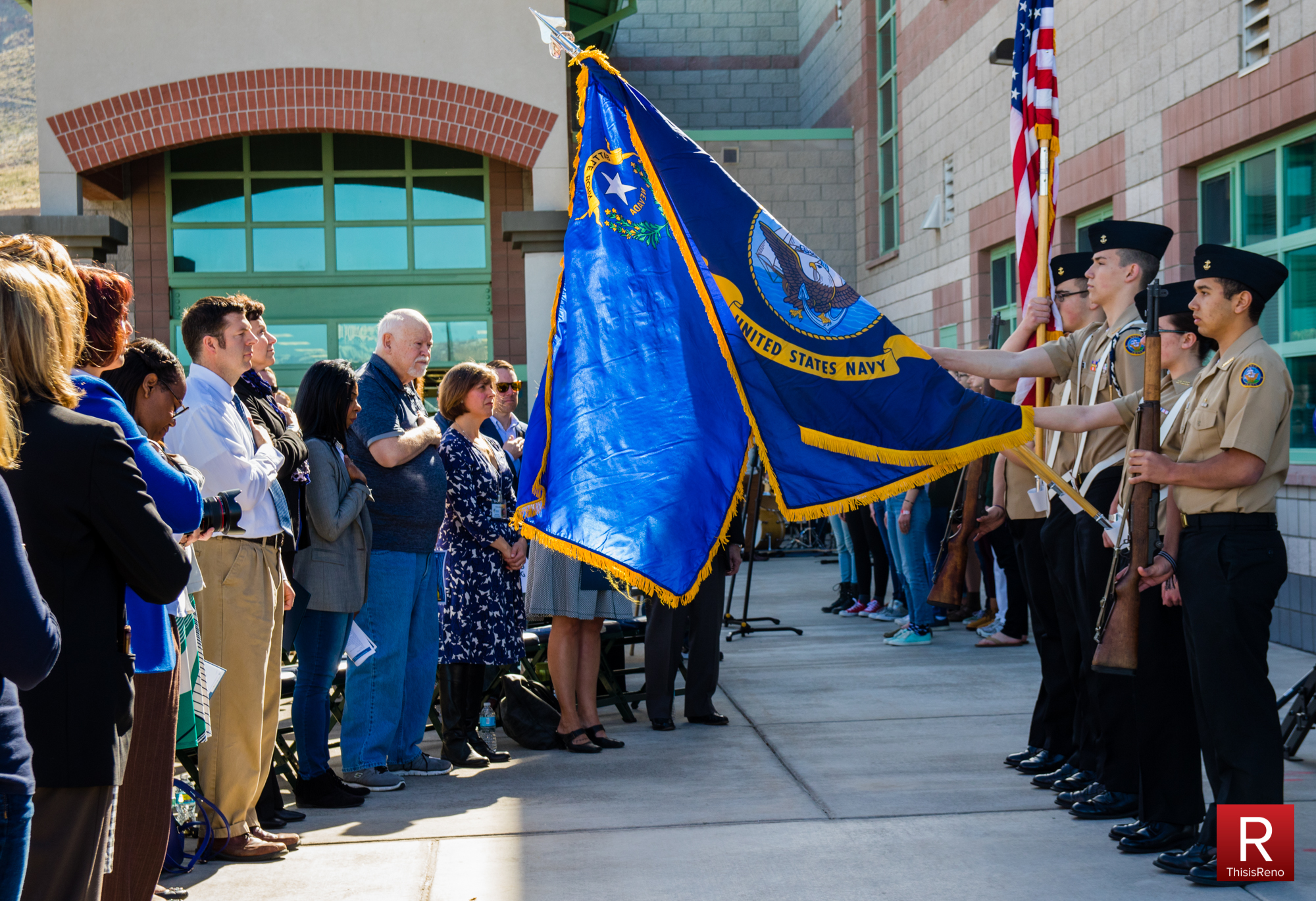 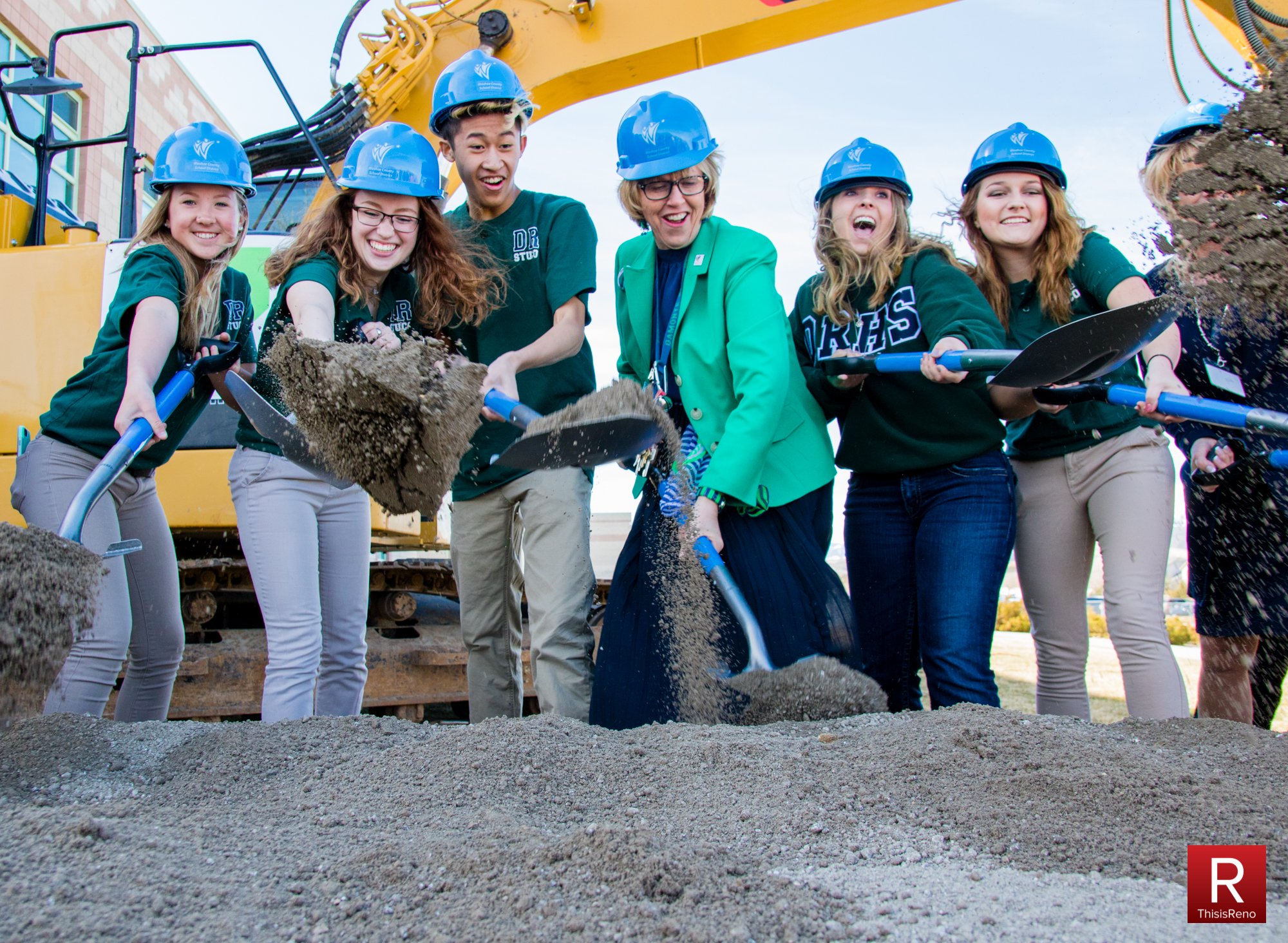 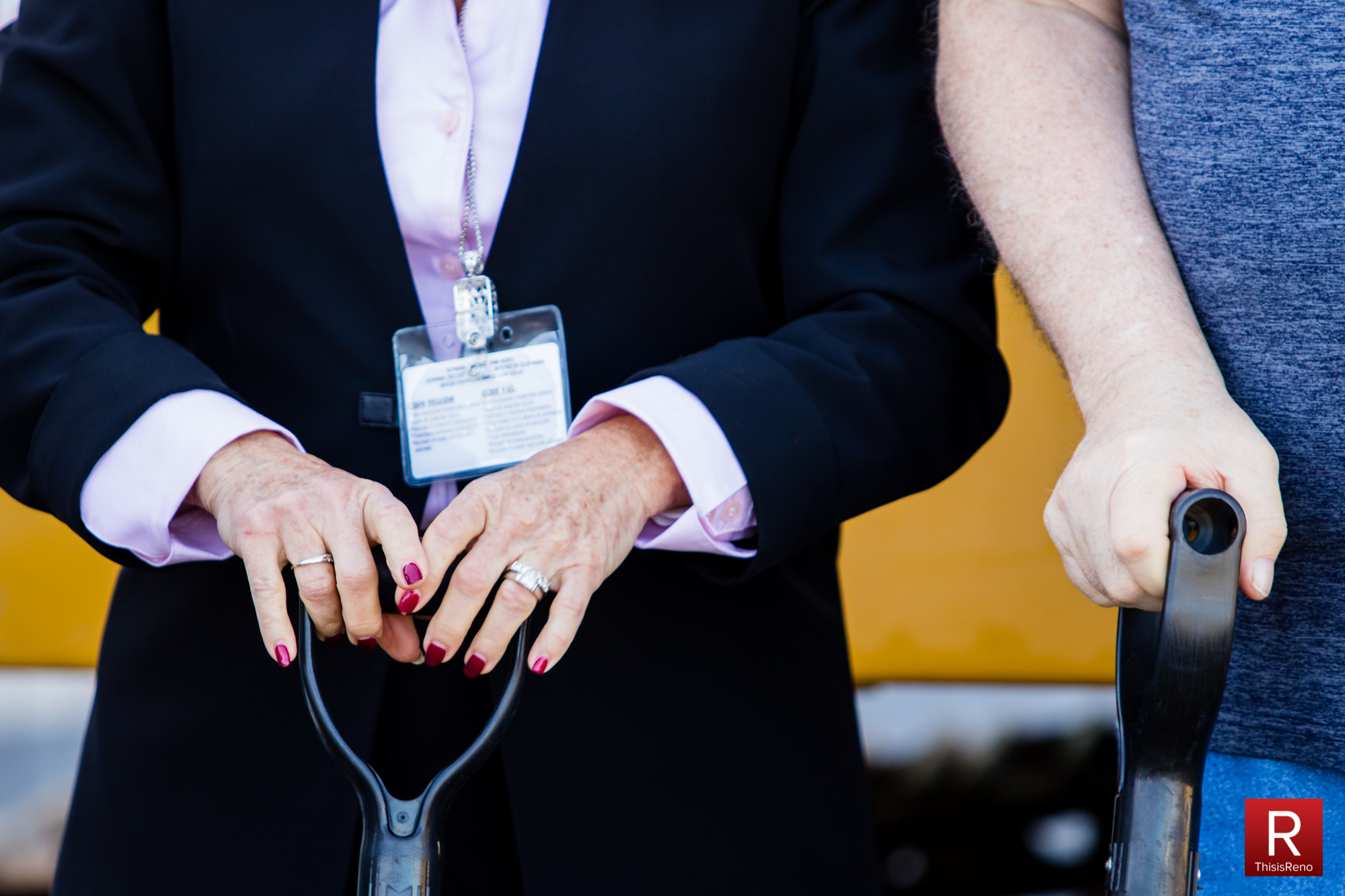 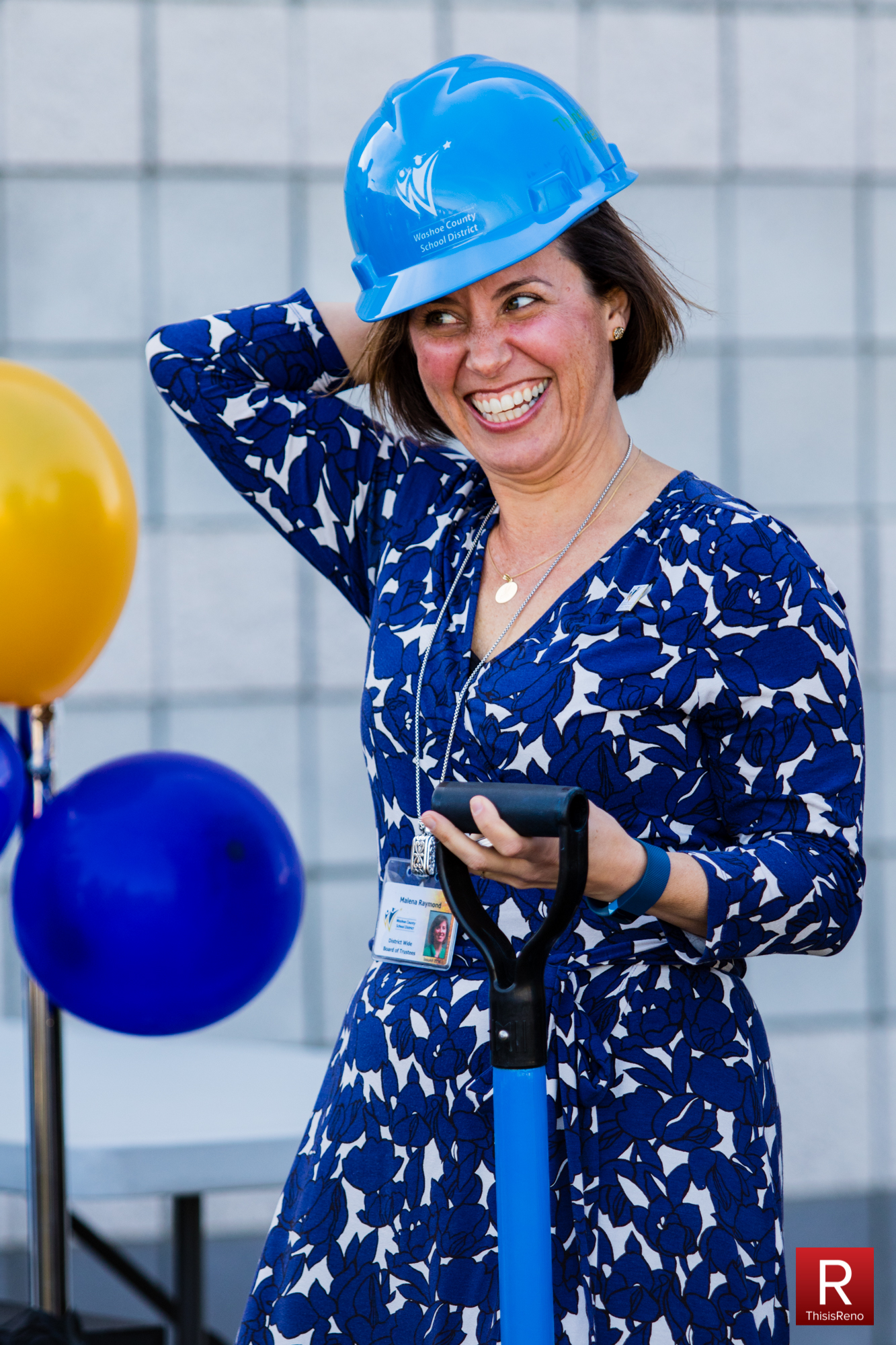 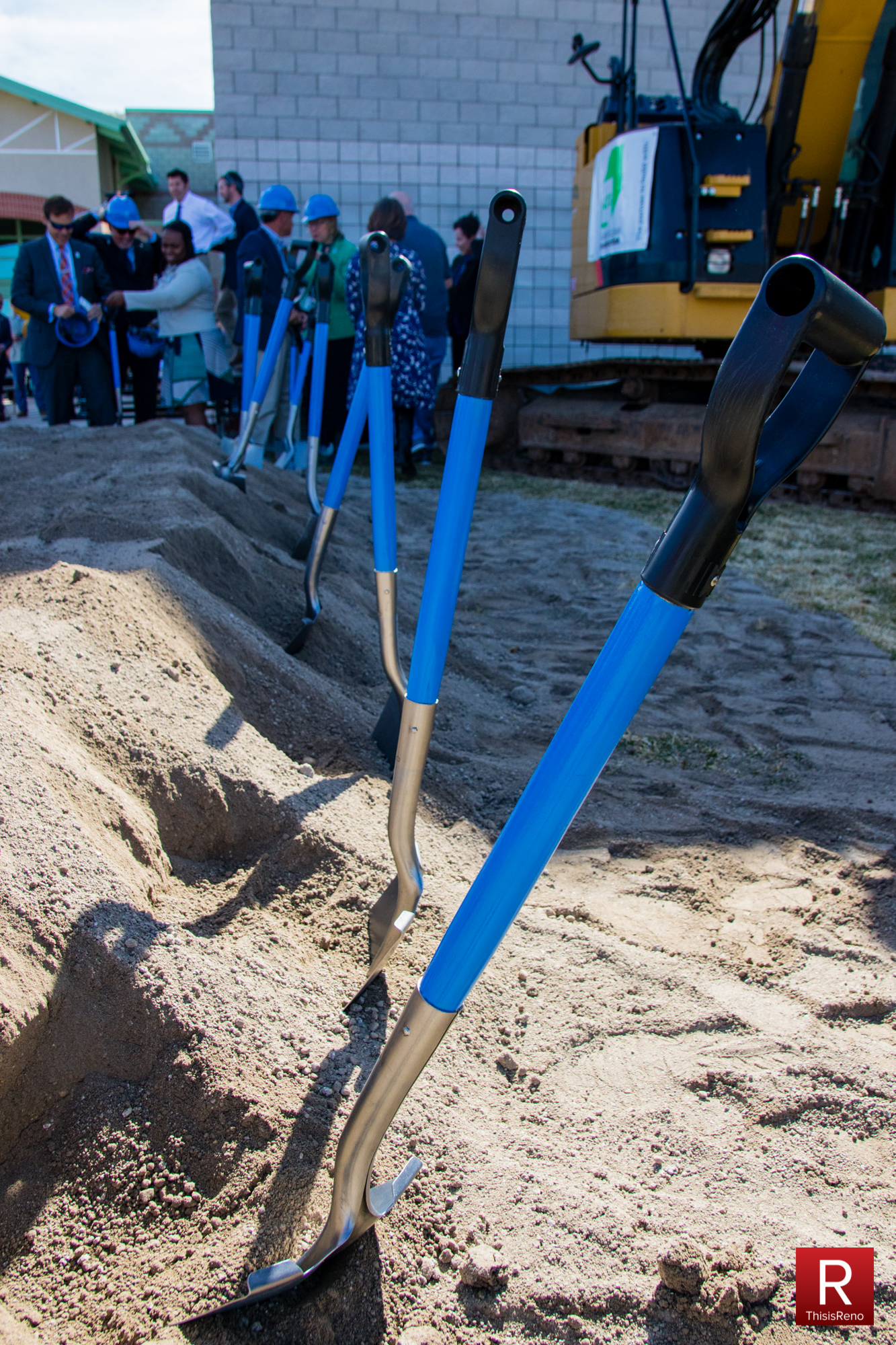 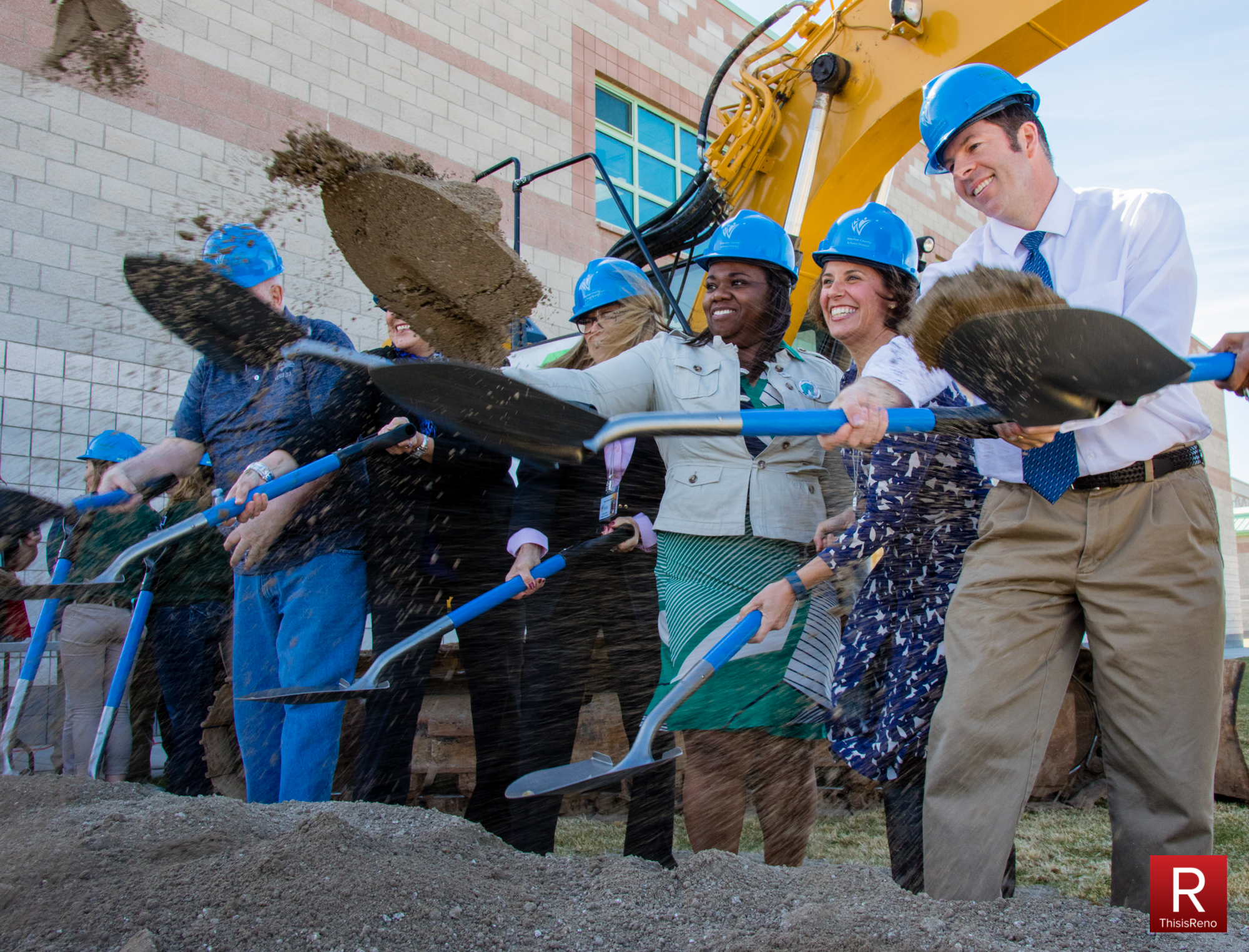 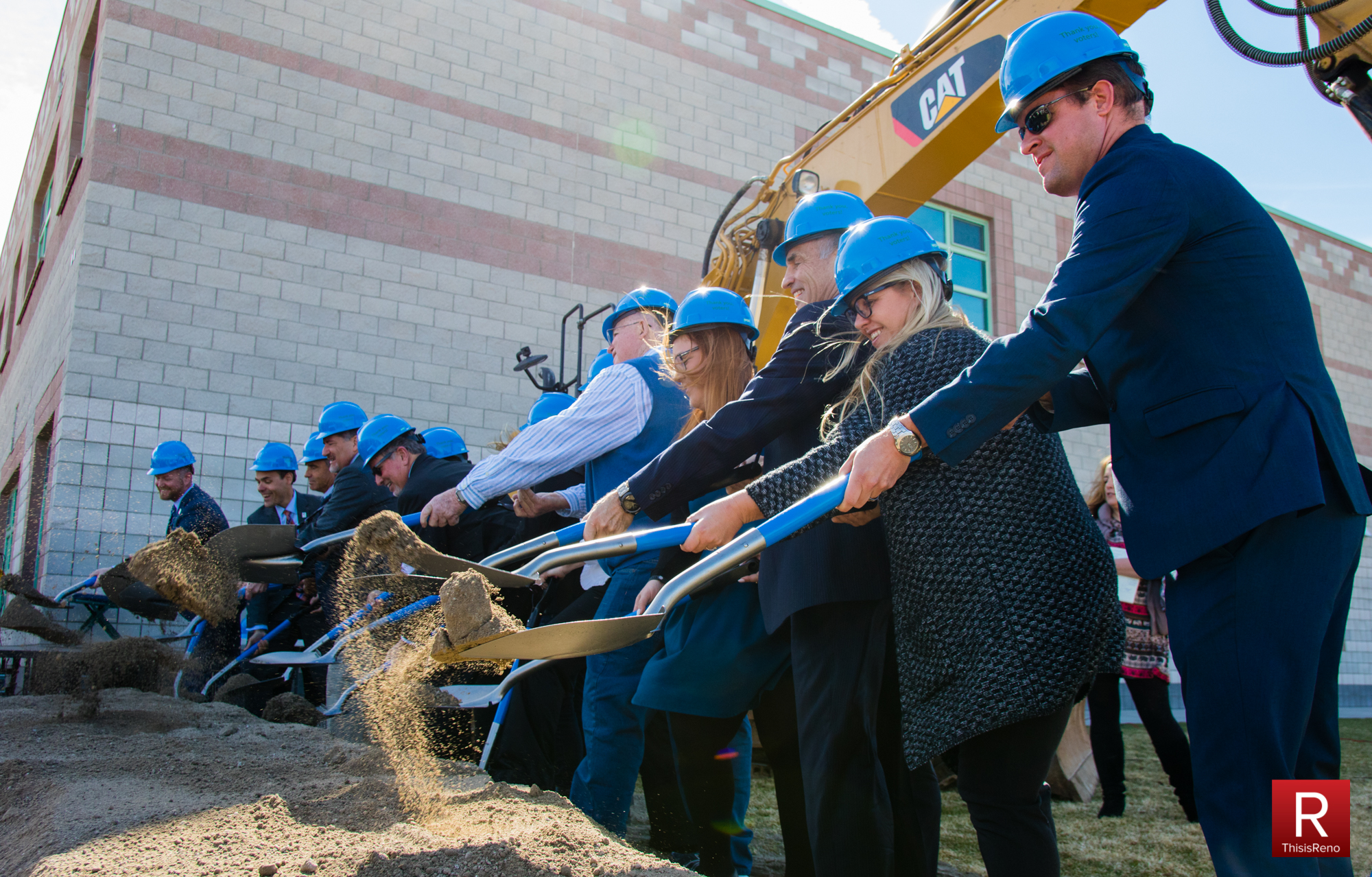 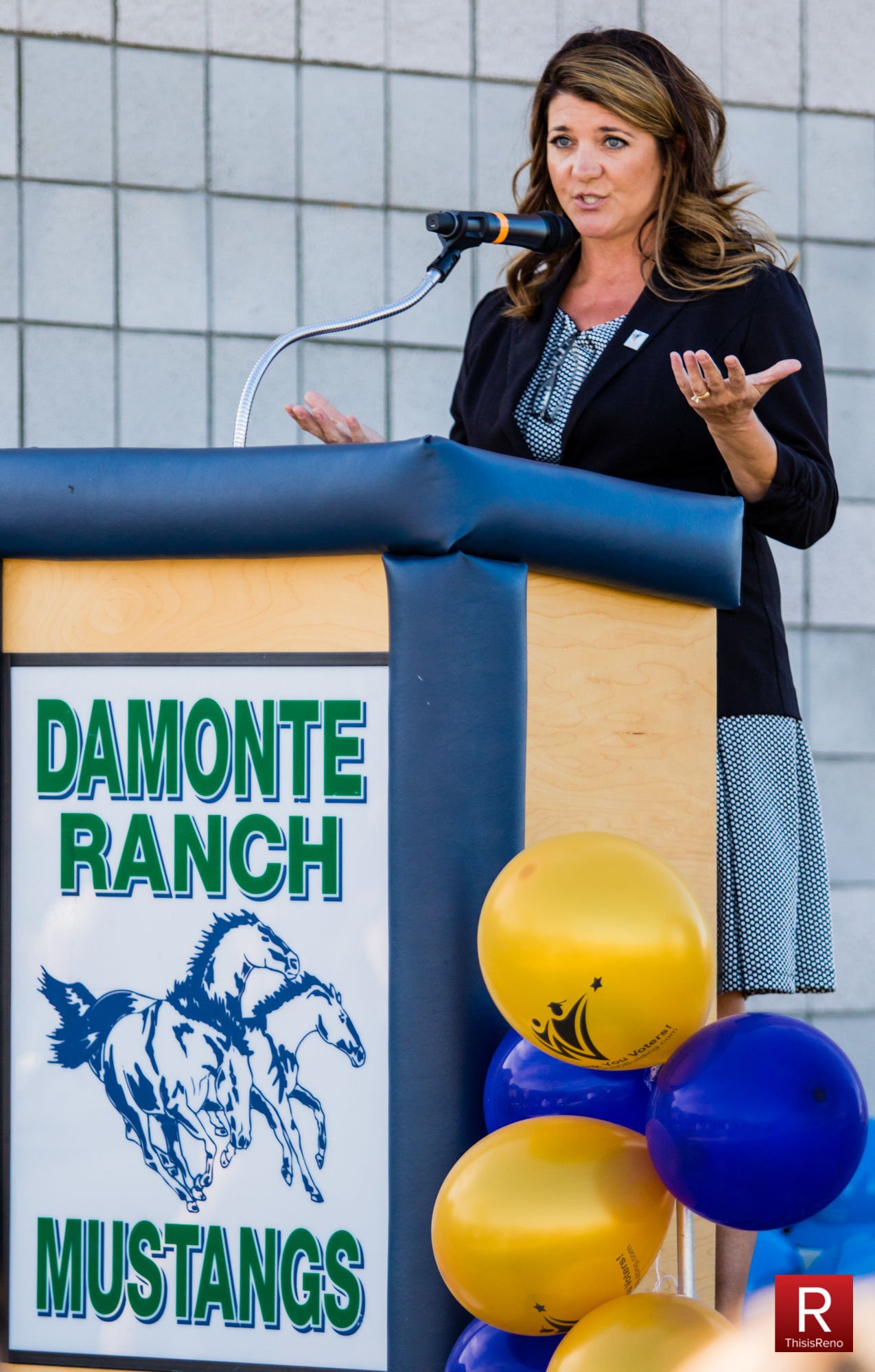