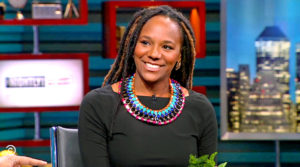 The woman who removed the confederate flag from the South Carolina state house grounds is scheduled to speak at the second annual diversity conference scheduled this week at the University of Nevada, Reno.

Bree Newsome will be give the keynote address at the Nevada System of Higher Education Diversity Summit. The event is scheduled from 6 to 9 p.m. Wednesday and 8 a.m. to 9 p.m. Thursday on campus in the Joe Crowley Student Union ballrooms. She will speak at 7 p.m. Thursday.

Newsome is a filmmaker, musician, speaker, and activist best known for climbing a pole to remove the flag in June 2015. As a result, it put pressure on South Carolina officials, who agreed to take the flag down permanently shortly thereafter.

The conference’s goal is to promote unity through understanding and appreciation of differences, according to UNR.

“The student population at the university is vast and varied, making diversity one of our greatest assets,” a statement from UNR’s Graduate Student Association said. “Unity in diversity asserts fundamentally that assimilation is not unity. Unity is instead the critical and conscious move of individuals and communities toward mindfulness, understanding, and compassion. Thinking critically of differences enhances the lives of individuals and communities and drives us to new ideas, technologies, and widened perspectives.”

Conference topics include race discussions, but also consist of cultural issues, such as human rights and the LGBTQ community, Basque perspectives on history, and ensuring inclusive environments for those with disabilities.