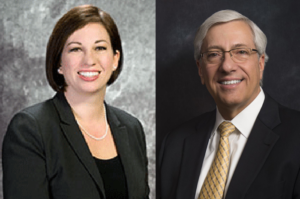 The Reno City Council voted unanimously for Newby after competing candidate Mark Scott abruptly withdrew from the running during what would have been his second public interview.

Scott cited not being sold on the job and a potential split council vote as reasons for his withdrawal. He praised Newby as a great candidate.

Newby touted her Nevada experience as a government administrator for the City of Las Vegas and Clark County. She has a master’s degree in public policy from Harvard University.

“Newby has a wealth of experience and the tenacity to get things done in Reno,” said Reno Mayor Hillary Schieve. “I would be honored if she would accept the position to lead our city.”