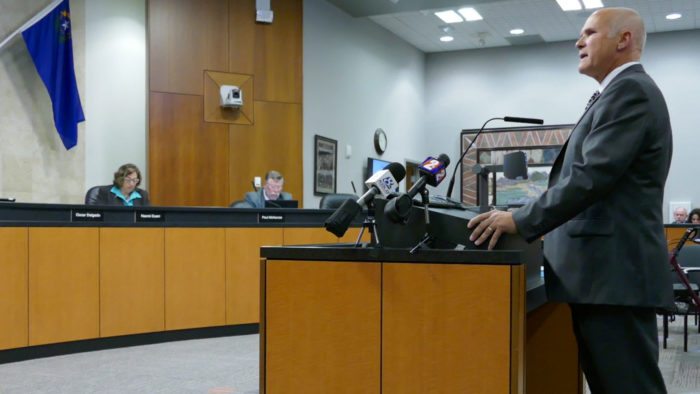 On Friday, March 10, 2017, a jury in federal district court returned a defense verdict for the City of Reno in a lawsuit brought by former Reno Police Sergeant James Stegmaier.

On August 26, 2013, Stegmaier filed a federal lawsuit claiming that the City unlawfully forced him to resign in 2012.

The Honorable Judge Miranda Du heard the case last week in United States District Court, District of Nevada. After a three-day trial, the parties submitted the case to an eight-person jury. Several hours later, the jury returned a defense verdict in favor of the City.

“Mr. Stegmaier’s actions were unacceptable, and he did the smart thing for himself, his fellow officers and the general public by retiring in 2012,” said Reno City Attorney Karl Hall. “Unfortunately, Stegmaier refused to take responsibility for his own actions, or the danger he created for those around him. Deputy City Attorney Mark Hughs did an excellent job convincing a jury that Stegmaier’s claims against the City utterly lacked merit.”

“Stegmaier’s lawsuit should serve as an example to anyone who thinks the City might be an easy target for frivolous lawsuits,” Hall added. “The City Attorney’s Office will vigorously defend claims made against the City, and protect taxpayer dollars.”

Hall intends to seek full recovery of attorney’s fees and costs from Stegmaier for having to defend a frivolous lawsuit. To date, fees and costs exceed $100,000.

Vice Mayor Neoma Jardon is pleased with the result.

“Under Mr. Hall’s leadership, our City Attorney’s Office continues to prove it has the expertise and bandwidth to take these types of cases to trial and prevail,” Jardon said. “It sends the message that meritless cases brought against the City will not be settled, but rather defended to the end.”