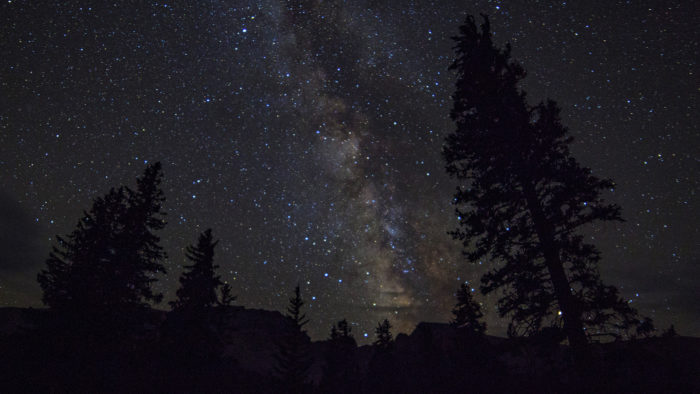 Look up! If it’s nighttime, that faint band of light stretching from horizon to horizon is the Milky Way Galaxy, of which our little planet is a part. The Milky Way is not easy to see from Reno, or any city where artificial light interferes with the view, but Nevada has plenty of places where the stars shine unimpeded. Here’s a look at few — and they’re pretty cool in the day, too!

Great Basin National Park. About 387 miles east of Reno (on U.S. 50), Great Basin National Park has been designated an International Dark Sky Park by the International Dark Sky Association, a nonprofit dedicated to protecting night skies from light pollution (inappropriate use of artificial light at night), which can have negative effects on the planet and human health, according to the IDSA.

On a clear, moonless night, the Milky Way, along with five of our solar system’s eight planets and other celestial bodies can be seen from the park. The area has some of the darkest night skies in the country: in August 2016, the Great Basin Observatory, a research-grade observatory, opened in the park. The park also has an annual astronomy festival, this year scheduled for Sept. 21-23. 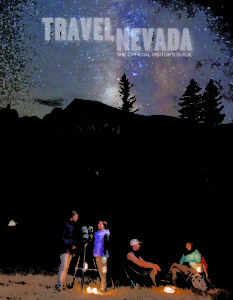 During the day, travelers to Great Basin National Park enjoy the Lehman Caves, which can be visited by guided tour; Wheeler Peak, at 13,065 feet one of the tallest mountains in Nevada; and bristlecone pines, which can live for thousands of years. Visitors may want to camp in the park or overnight in Ely, about an hour’s drive away. For more information, check out the 2017 Nevada Visitors Guide, which features none other than Great Basin’s night skies on its cover.

Tonopah. About 237 miles southeast of Reno on U.S. 95, Tonopah was rated the No. 1 Stargazing Destination in America by USA Today. On a clear night, Tonopah skies show more than 7,000 stars, and the Milky Way also is visible. With a population of 2,478 (2010 Census data) and a very small downtown, there’s not a lot of light pollution in this area, making it perfect for stargazing.

During the day, Tonopah is a great base camp for visiting the ghost towns of Belmont and Manhattan, or checking out the International Car Forest of the Last Church in Goldfield, a community about 27 miles south of Tonopah on U.S. 95. Explore the city’s history at the Tonopah Mining Park or the Central Nevada Museum. For overnights, consider the historical Mizpah Hotel or — for an experience — the Clown Motel.

Other Nevada locations that have proven popular for night-sky gazing and photographing are Gold Hill, just south of Virginia City and 28 miles south of Reno and Fort Churchill State Historic Park in Silver Springs and 57 miles southeast of Reno. For pictures of those and more, check out TravelNevada’s photo essay “Starry Sky Serenity,” here.