Headquartered in Reno, Nevada, Kimmie Candy is the first candy company in the United States to win the Presidential Export Award. This is the first time in 15 years that a company from Nevada was selected for this prestigious Presidential E-Award. After 17 years as Founder and President of Kimmie Candy, Joe Dutra discusses his experience growing a global manufacturing and distribution company intentionally based out of Reno.

When Kimmie Candy first launched, they manufactured in Korea. Then in 2004 Joe Dutra decided to move it back to the U.S. because he wanted to create American jobs. After much deliberation, Kimmie Candy chose to move its manufacturing headquarters to Reno in 2006. He bought a commercial building and by 2008 it was built out, bringing business in and out of the area.

By 2009, Kimmie Candy began global distribution and today they ship to nine different countries. Their candy is in South America, Chile, Columbia, Guatemala, Canada, Mexico, the Philippines, Korea, and recently in Vietnam. More than two million pounds of Kimmie Candy is all over the world and that’s just the start. They are building a new facility that will produce organic candy, sharply increasing their production size. 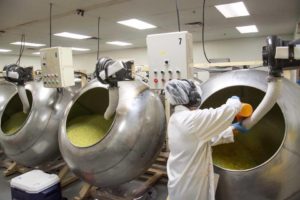 In the last two years, the Economic Development Authority of Western Nevada (EDAWN) reported that of all companies relocating and expanding to the area, 55 percent were in manufacturing and 18 percent in distribution. With these emerging industries, Joe Dutra is often asked to share his story of success.

“We have great distribution hubs here; we can ship candy to 62 million people within a two-day transit,” he said. Joe explained that “This is very unique and you can’t even do that out of San Francisco.”

It’s become easier to do business in Reno, particularly as the labor force has grown to fill jobs in manufacturing and distribution.

As a trailblazer in Reno’s manufacturing industry, Joe Dutra advises companies who seek to relocate to the area in both manufacturing and distribution. People decide to move to Reno because of the whole package.

He said “there is a quality of life here that nowhere else can compete with: there’s no city in the U.S. you can go trout fishing in the middle of downtown.” People just have to be here long enough to understand all the great aspects of Reno. 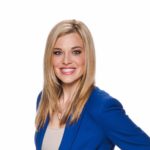 Kylie Rowe is the Vice President of Corporate Relocation at Dickson Realty, an ambassador for Reno, Sparks and Lake Tahoe. Find her on Twitter: @KyRoBiz