World Day of Social Justice was celebrated at Truckee Meadows Community College (TMCC) on Tuesday as several dozen people gathered to hear a panel of experts discuss how to best make their voices heard. 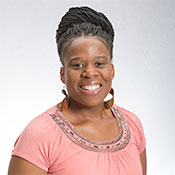 “We have the right to petition the government over our grievances,” said Precious Hall, TMCC political science professor.

The United Nations General Assembly in 2007 declared Feb. 20 World Day of Social Justice. It was recognized locally by TMCC’s Equity and Inclusion Office on Tuesday because Monday was Presidents’ Day.

Several attendees asked panelists whether protests are helping or hurting causes and whether too many marches are causing messages to get lost.

“It’s easy to get people to show up at a march, but the message is what’s missing,” Hall said.

Marches are single events and movements create messages. However, some movements start with marches and there are some misconceptions about what constitutes a “social movement,” Hall said. For instance, being threatened and then backing down isn’t a social movement and sitting somewhere for a designated amount of time then leaving doesn’t constitute a “sit in.”

“Social movements are only successful when people say, ‘We will not be moved, hell or high water,’” Hall said.

“Call me or set up an appointment,” Jung said. “That’s far more effective.”

Reaching federal officials is often done through town hall meetings or by contacting staff at regional offices, Jung said. However, she pointed out that at least one Nevada politician is opting for tele-town halls instead of meeting with constituents directly. 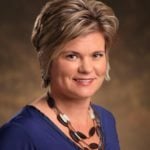 Hall, Jung and community activist Geralda Miller encouraged the crowd of mostly students to get involved in what they’re passionate about.

“You don’t have to be a social justice warrior to create change,” Jung said. “Every extra hour you’re in class here, use it up for everything it is. If you keep doing that and pursuing your education, the country will be just fine.”

For more information on World Day of Social Justice: http://www.un.org/en/events/socialjusticeday/