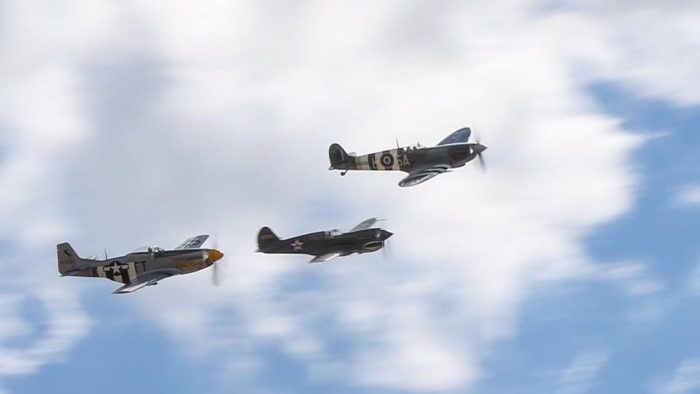 The Reno Air Racing Association (RARA) announced in late January that the Texas Flying Legends Museum will bring a total of six planes to race and perform at the 2017 National Championship Air Races. This year’s event is scheduled for Sept. 13 – 17 at Stead Field, just north of Reno.

“The Texas Flying Legends Museum is dedicated to honoring past generations and inspiring the leaders of tomorrow through active displays of WWII warbirds,” Mike Crowell, President and CEO of RARA said. “We are absolutely thrilled and honored that the Texas Flying Legends Museum will be racing four aircraft in our unlimited class and performing as a group with six aircraft.” 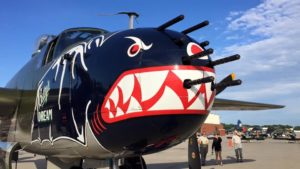 The Texas Flying Legends Museum will bring a B-25J “Betty’s Dream”, a TBM3E Avenger, a P-40K “Aleutian Tiger”, a FG-1D Corsair, a P-51D “Dakota Kid II”, and a Spitfire MkIXc “Half Stork” to Reno. All six will fly in the show and the four fighter aircraft (P-40K, FG-1D, P-51D and Spitfire) will race in the unlimited class.

The Reno Air Racing Association (RARA), a 501(c)(3), holds the National Championship Air Races every September just north of Reno. The Reno Air Races have become an institution for northern Nevada and aviation enthusiasts from around the world. The 2015 event generated more than $66 million for the region’s economy. The event features six racing classes, a large display of static aircraft and several military and civil flight demonstrations. For more information on the National Championship Air Races, to obtain media credentials, volunteer or purchase tickets for this year’s event, visit www.airrace.org.

Test Your Drone Skills with Embry-Riddle at the Air Races