From the Sparks Police Department: 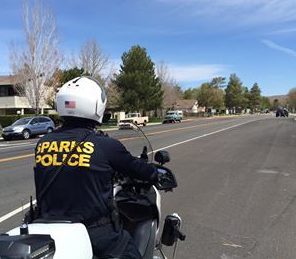 This campaign comes prior to an effort scheduled to begin March 1, which will focus on congested areas where most crashes and collisions occur based on current data.

Police are also asking for input and feedback from the public about the areas it thinks are of greatest need.

Police encourage motorists to follow posted speed limit signs. If it’s a residential area and no signs are posted, the assumed speed limit is 25 miles per hour.

Sparks seeks to have lawsuit by policeman George Forbush dismissed