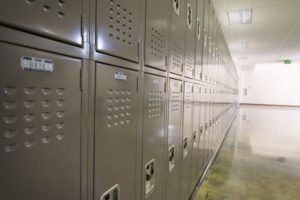 Sparks High School freshman Johnathan Paige got a letter in the mail from Superintendent Traci Davis prior to the school year starting.

“In it was a ticket to my graduation in 2020,” Paige told several hundred people attending the state of education address headlined by Davis.

It’s still on his refrigerator at home.

The letter made Paige feel someone cares, and that’s important. The mailing, which went out to all Washoe County students starting high school, also contained information about parent resources.

“The push for graduation starts in kindergarten or pre-kindergarten,” Davis said.

She gave the community a snapshot of what’s going on countywide Wednesday during her annual speech held at Depoali Middle School. The site was picked because Depoali was named a National Blue Ribbon School by the U.S. Department of Education last year due to its academic achievement. It was one of two schools in Nevada to get the recognition.

Davis cited the district’s forward progress with capital projects, work with students and families, focus on equity for all, and increased graduation rates. But she also let students and teachers do a lot of the talking. 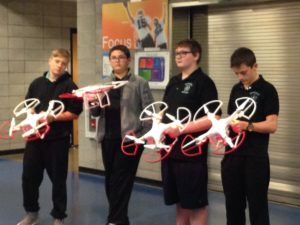 Jarell Green, a science teacher at Dilworth S.T.E.M. Academy, talked about the struggles he had growing up and eventually realized an education would keep him off the streets. His story has inspired students.

“They’re not imagining themselves as waiters and waitresses, but doctors, teachers and immigration lawyers,” Green said.

Davis noted the district’s national recognitions in the past year, including an acknowledgement by the Obama administration for prohibiting segregation of transgender students as a model to districts nationwide on how to support such students. Washoe also received a “district on the rise” recognition from Education First and the Bill and Melinda Gates Foundation and was named a best community for music education by the National Association of Music Merchants. 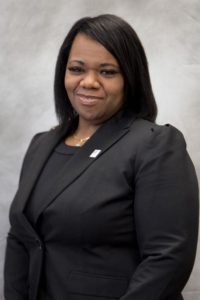 Davis thanked the public for supporting Washoe County question 1, a 0.54-cent sales tax increase that is expected to raise $781 million during the next nine years to build 15 new schools. Consumers should see the sales tax increase from 7.725 percent to 8.265 percent in or around April. Funds would also expand existing schools and refurbish aging schools. Washoe County currently has 93 schools that serve about 64,000 students. Enrollment is expected to increase 1.7 percent annually through 2025.

“In November, this community put its foot down and decided we’d take a different path for our children,” Davis said. “Our teams are already hard at work on the new infrastructure plan.”

A groundbreaking for the addition to Damonte Ranch High School—which will consist of 22 extra classrooms—is scheduled in March and should be complete by year’s end, Davis said.

An elementary school on an eight-acre site in the South Meadows near Double Diamond Ranch donated to the district by a developer would be next priority, along with middle schools in Sun Valley and Spanish Springs. The Sun Valley site is 80 acres and currently owned by the federal Bureau of Land Management. The Spanish Springs location would be on 28 acres in the Kiley Ranch area. Target opening dates are fall 2019.

Davis expects the district to be on track for another year of improvement in high school graduation rates. Last year’s graduation rate was 77 percent, up from 75 percent a year prior. Graduation is defined for statistical purposes as the number of students who graduate in four years with a standard, advanced or honors diploma.

The goal is to reach a 90 percent graduation rate district-wide by 2020.