PHOTOS: “Together We Can Heal” Health Care Town Hall 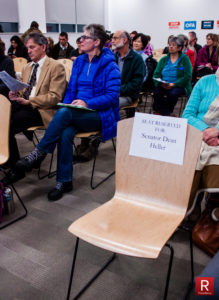 Wednesday evening in the Discovery Museum, just south of downtown Reno, a side room filled with people attending a town hall meeting deemed “Together, we can heal: A town hall to discuss health care in Nevada.”

Although the space was filled with a bustling crowd by the 6 p.m. start time, Ryan Budmantook up the mic and informed the audience of a five-minute delay to give Sen. Dean Heller a chance to arrive. This was met with a round of laughter; his arrival was not expected. An empty suit hung by the projector screen as a satirical symbol of his absence, and a reserved chair also remained empty throughout the night.

The town hall’s first speaker, Jessica Lamb of the Children’s Advocacy Alliance, discussed how children’s school performance improves when they, and their family, had access to affordable health care. She noted that in Nevada between 2013 and 2015 the number of uninsured children dropped by 49 percent, the largest drop in the nation, due in part to Governor Sandoval and his work to expand access to health care. She also elaborated on “stacking premiums,” explaining that Children’s Health Insurance Program (CHIP) premiums would be stacked onto other premiums, costing low-income families more for insurance. 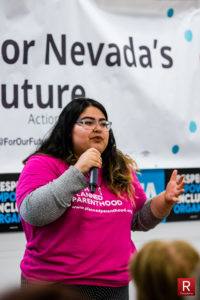 Gibson also mentioned what is called the “pink tax,” referring to the taxation of feminine hygiene products like tampons. While this isn’t a high priority for Planned Parenthood, she personally felt it was time to stop taxation of these items, and the audience fervently agreed.

Wendy Boszak of Women Of Washoe (WOW) spoke on the topic of Medicare and health care for seniors. She managed to explain the complexity of Medicare and the challenges facing seniors so effectively that a large section of the audience took out smart phones to photograph her PowerPoint slides. Regardless of age people in the crowd all seemed fairly worried for the future of Medicare and senior health. At the end of the evening Boszak organized a group photo.

The last speaker of the evening was Nevada Senate Majority Leader Aaron Ford. He joked with the audience about Dean Heller’s absence and talked his personal inability to communicate with the senator. Sen. Ford did take time to mention Governor Sandoval in a positive light, saying he was looking out for Nevadans. Then he gave out his email address and cell phone number to the audience, a show of good faith in his effort to stay connected to his constituents and a commentary on the inaccessibility of Heller.

Sen. Ford took unfiltered questions from the group, starting with two challenging questions from Ruth Hilty: the first about retirement for Nevada fireman and the second on pre-existing condition classifications for transgender youth. Sen. Ford admitted he didn’t have a good answer regarding the transgender issue but complimented her advocacy. He invited Hilty to call him to discuss the fireman retirement issue further.

Check out more images from the town hall event: 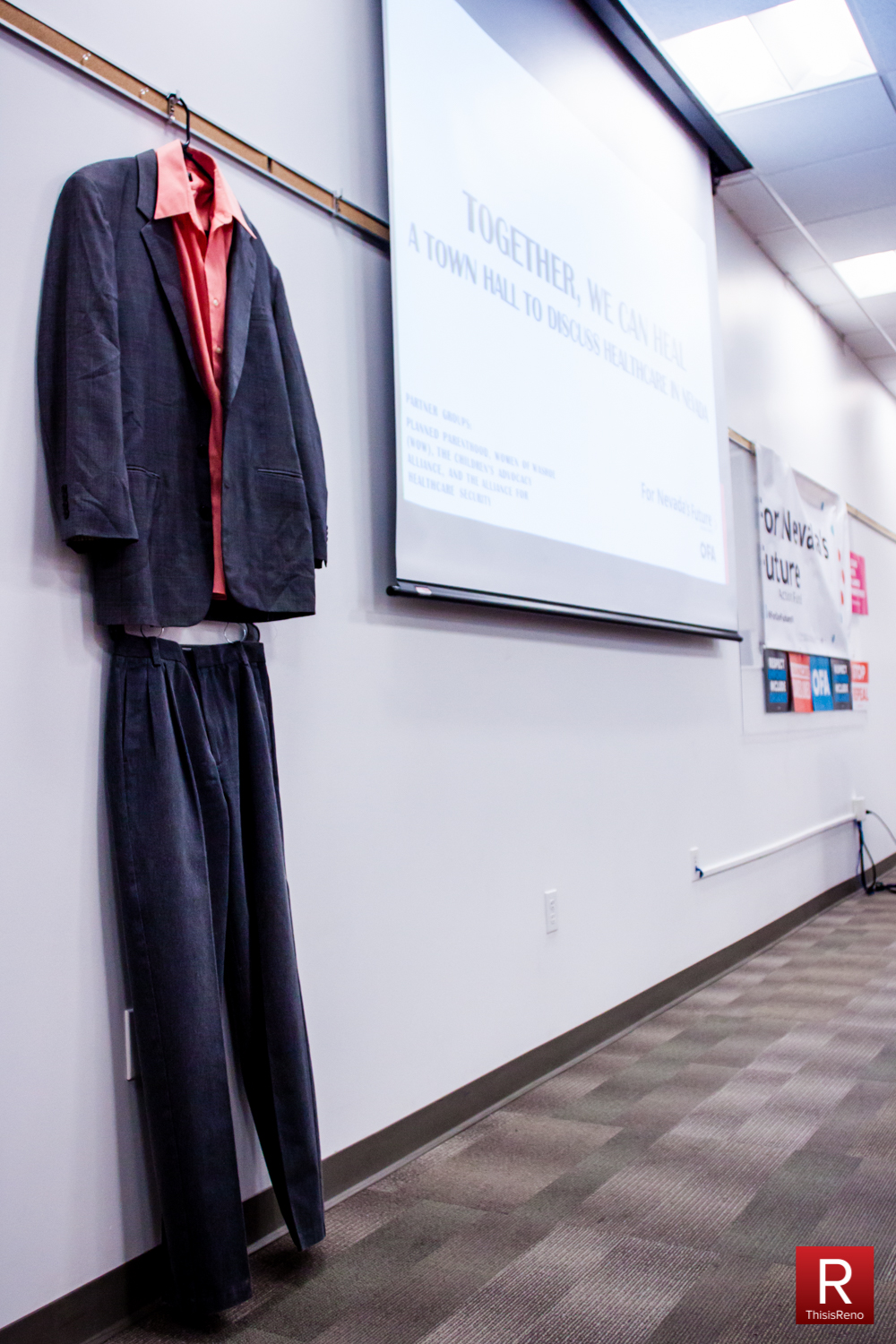 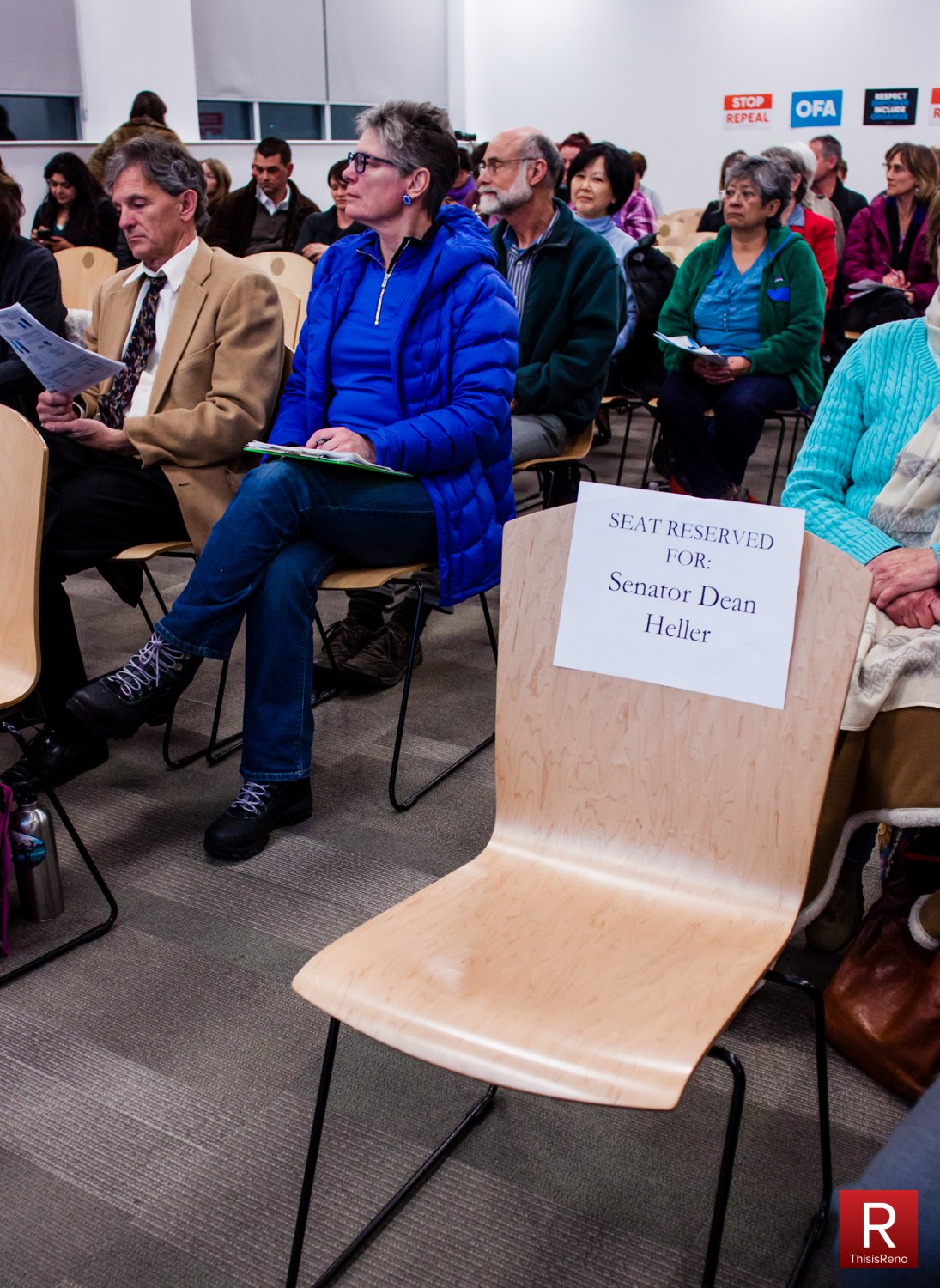 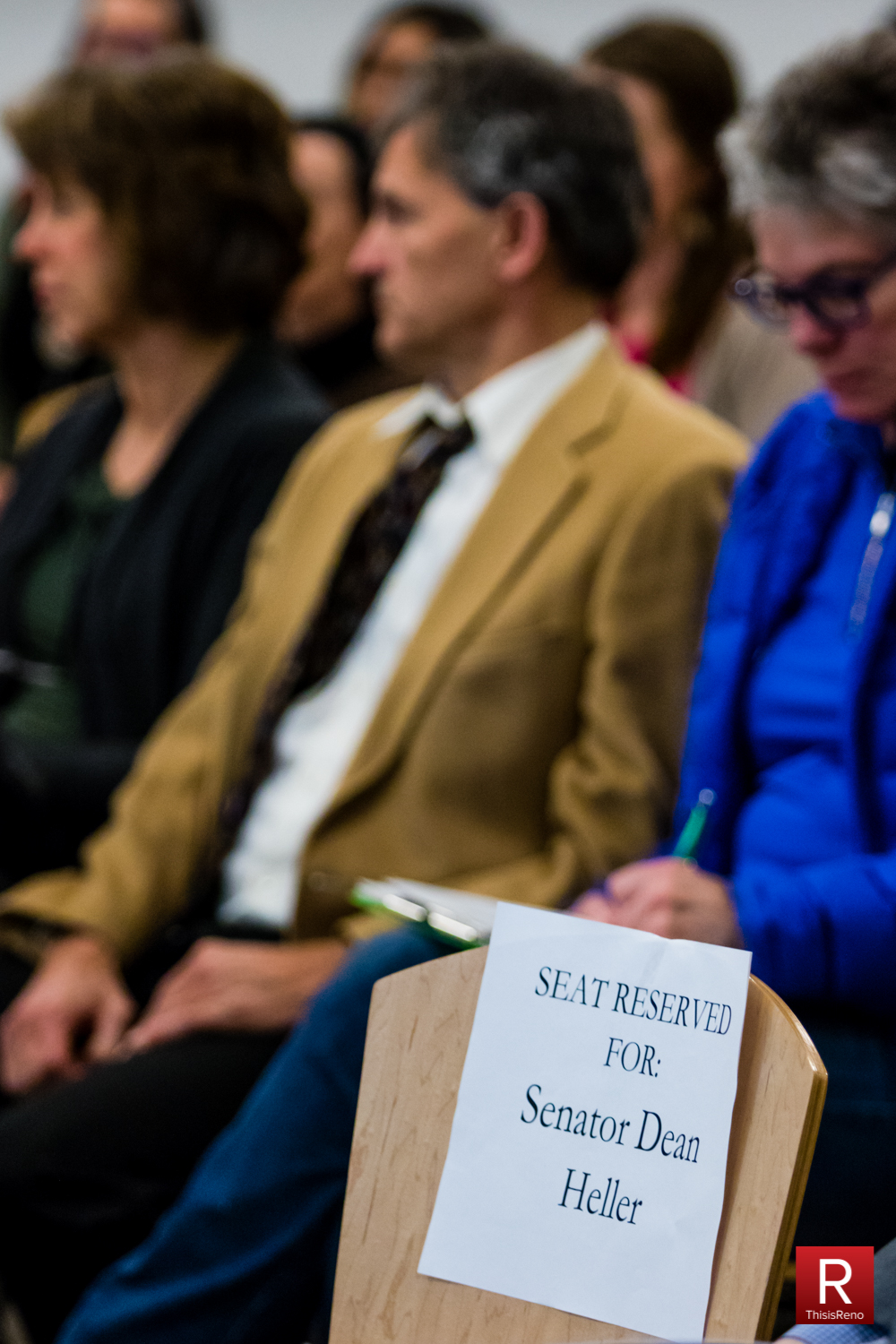 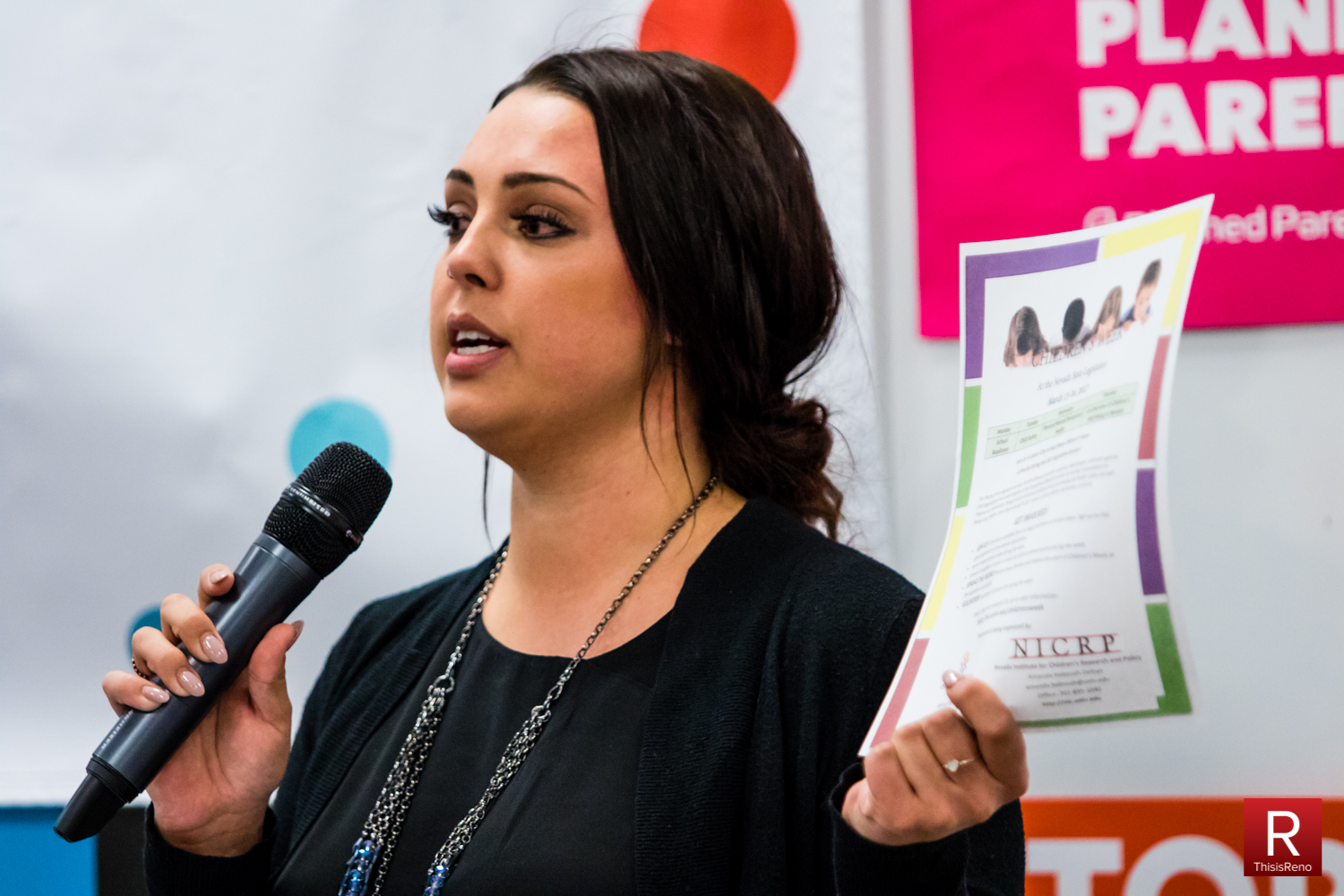 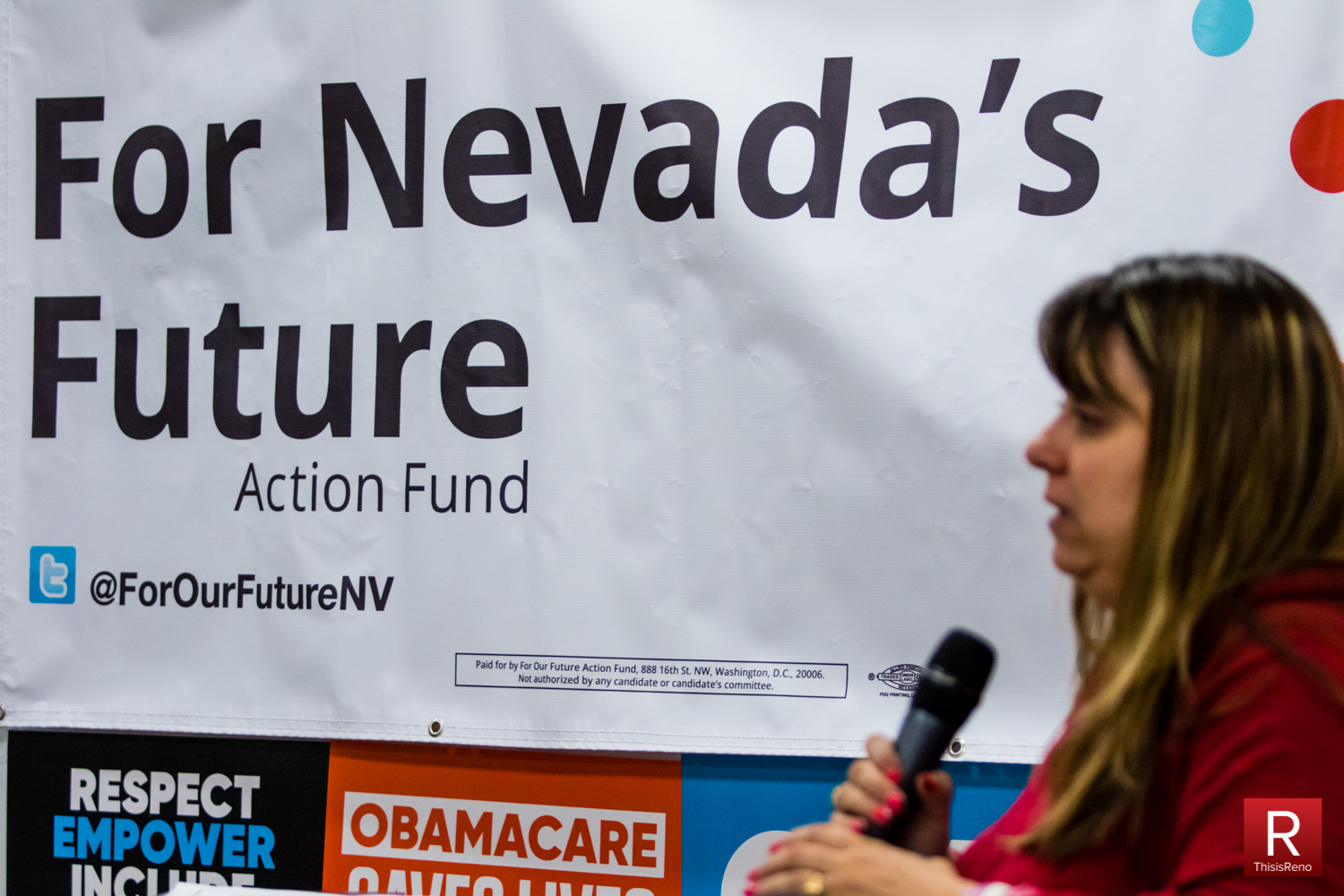 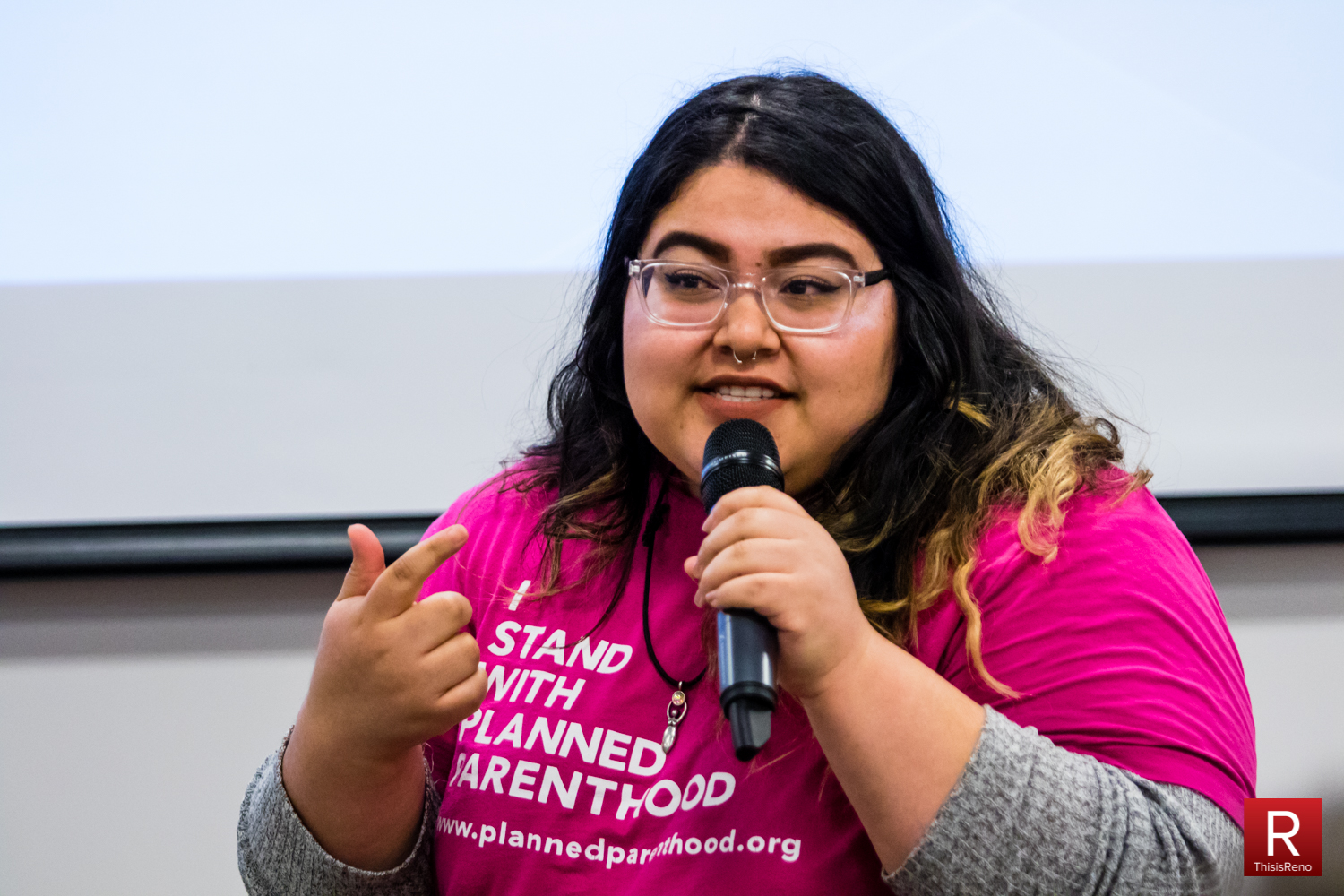 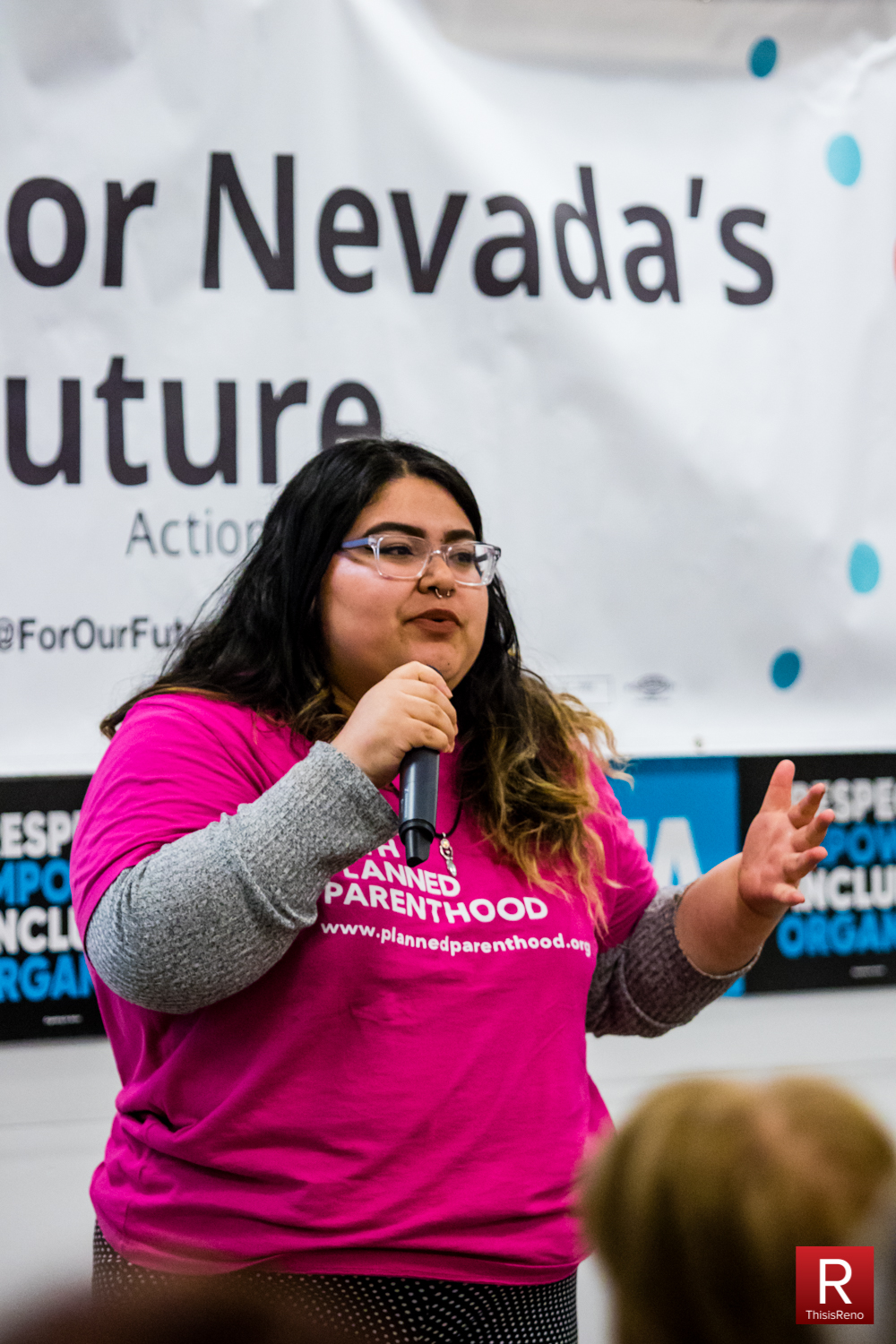 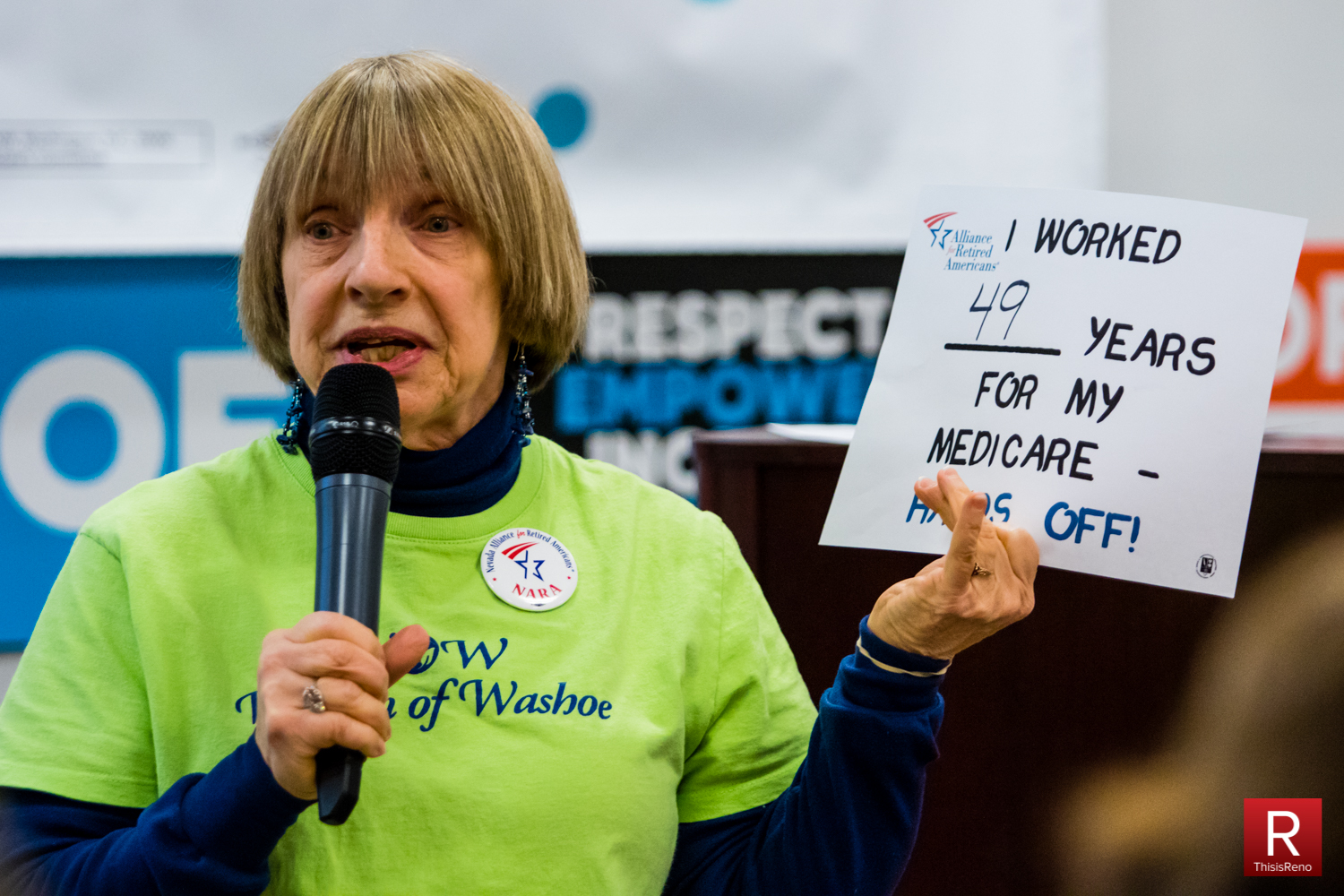 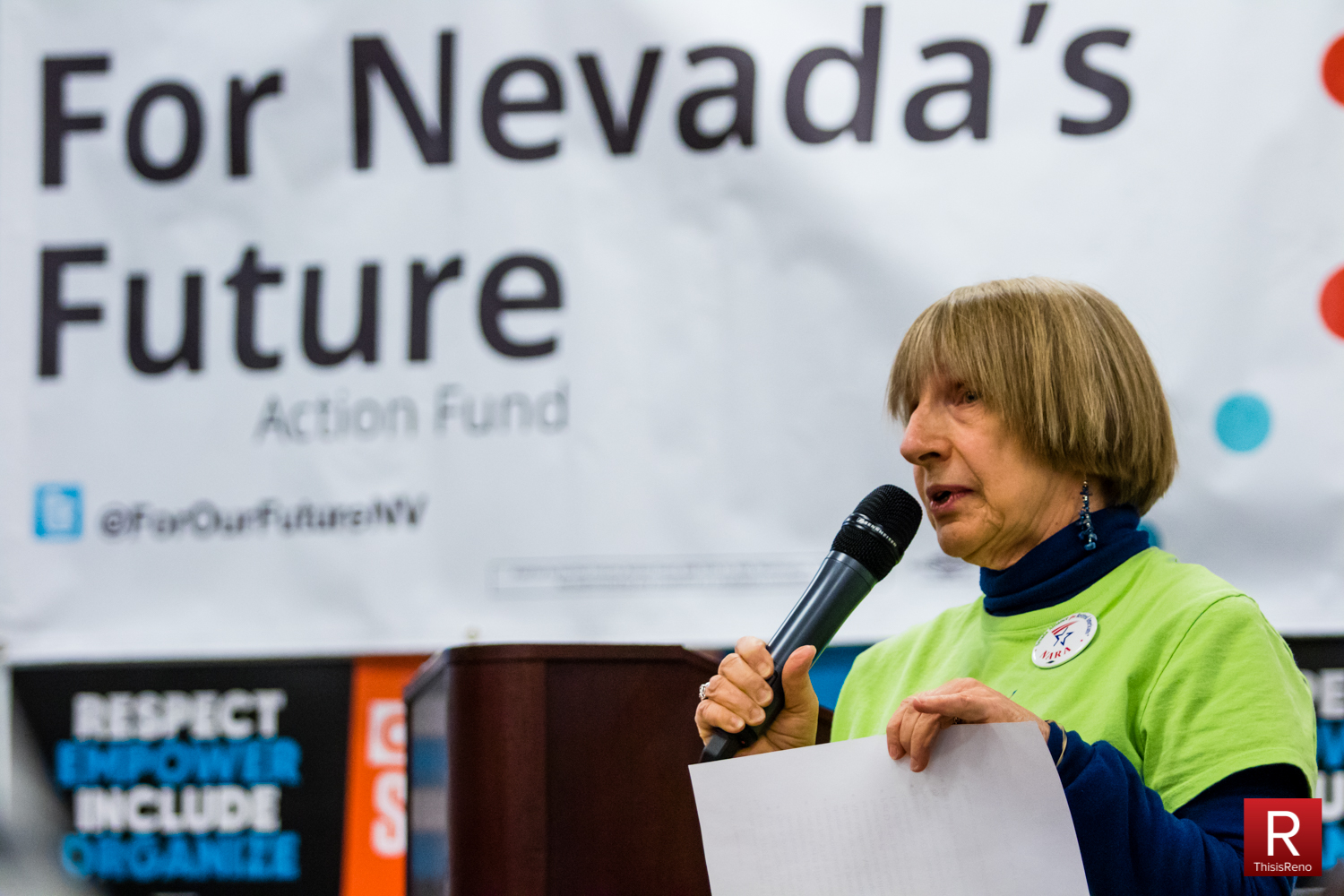 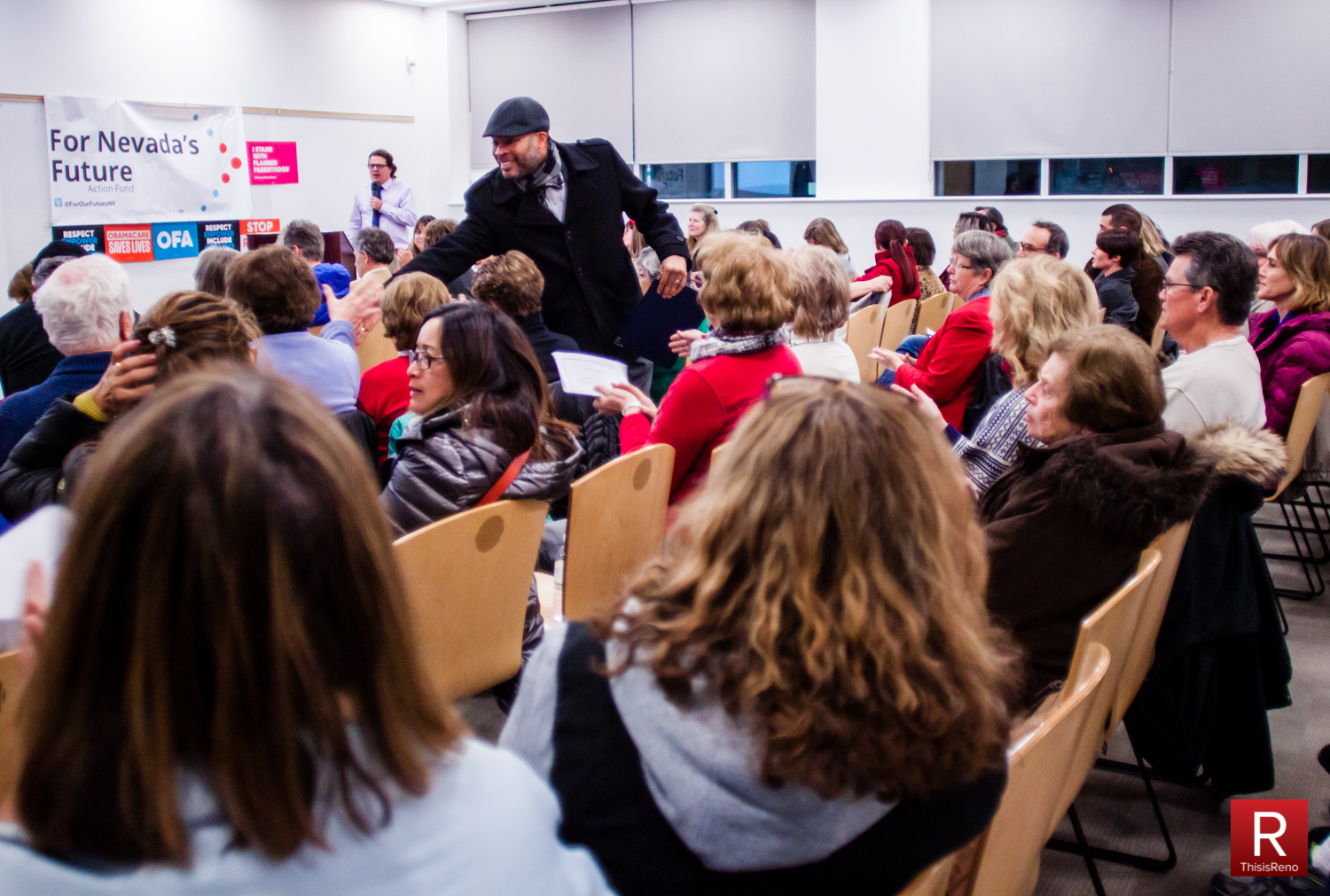 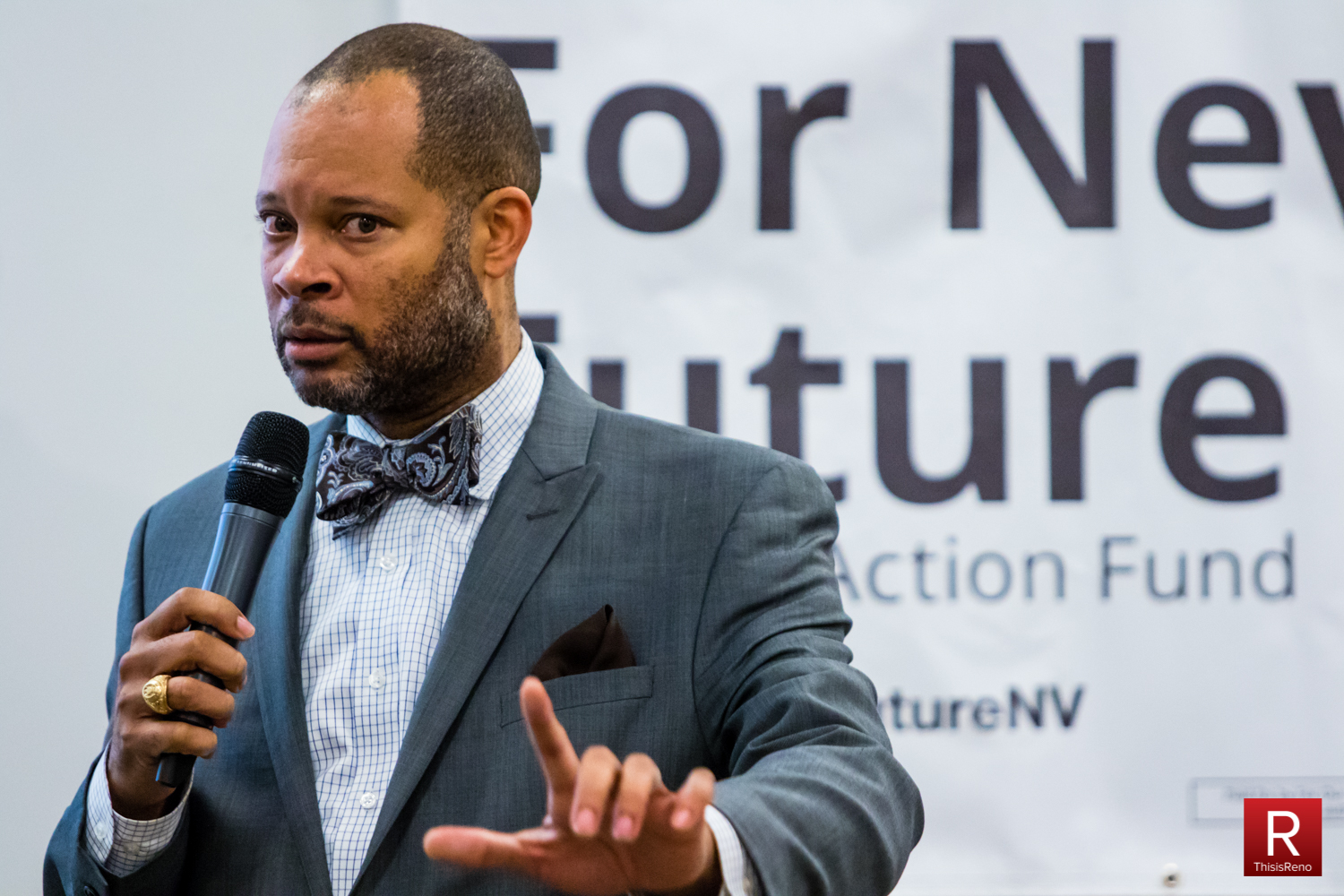 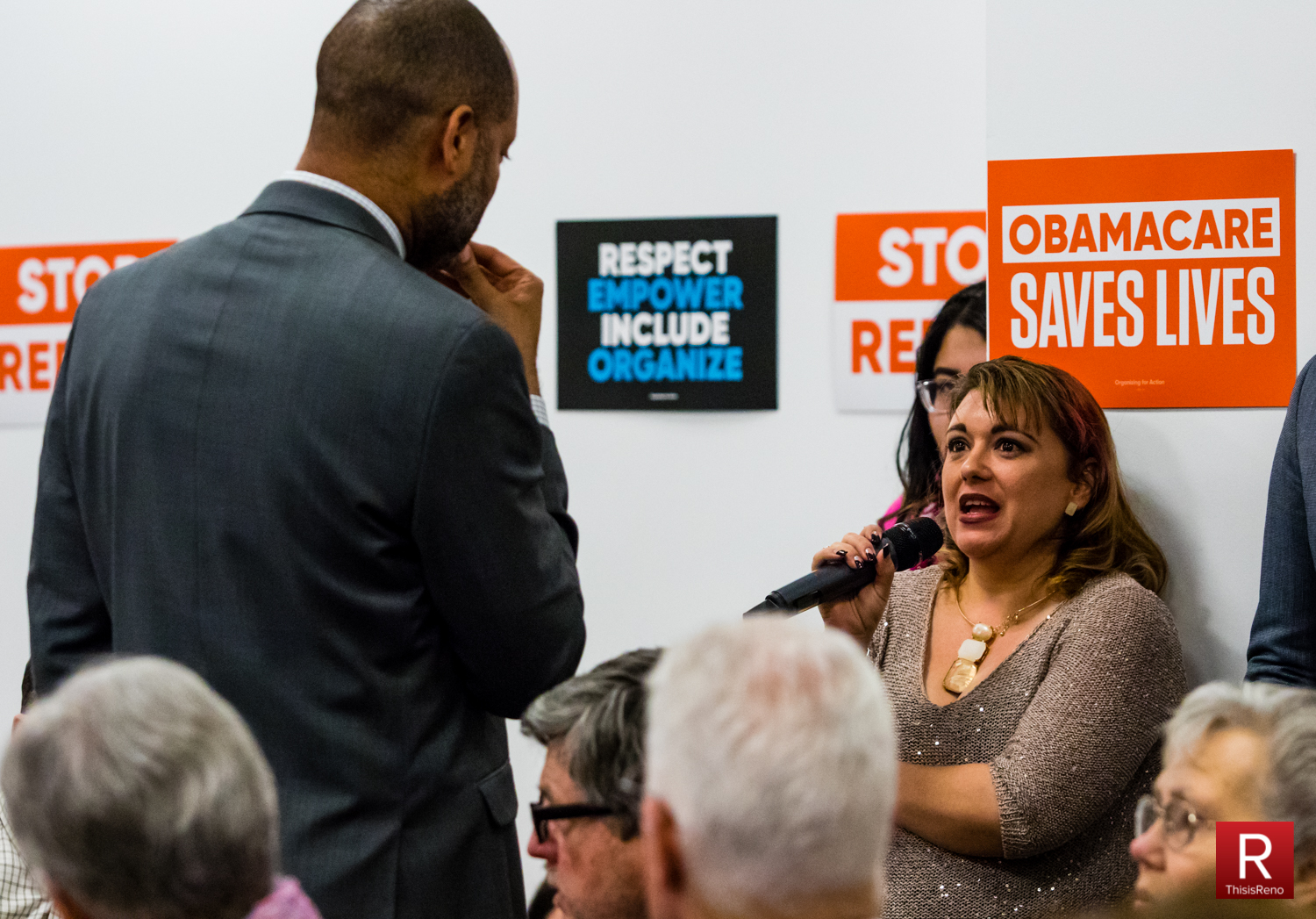 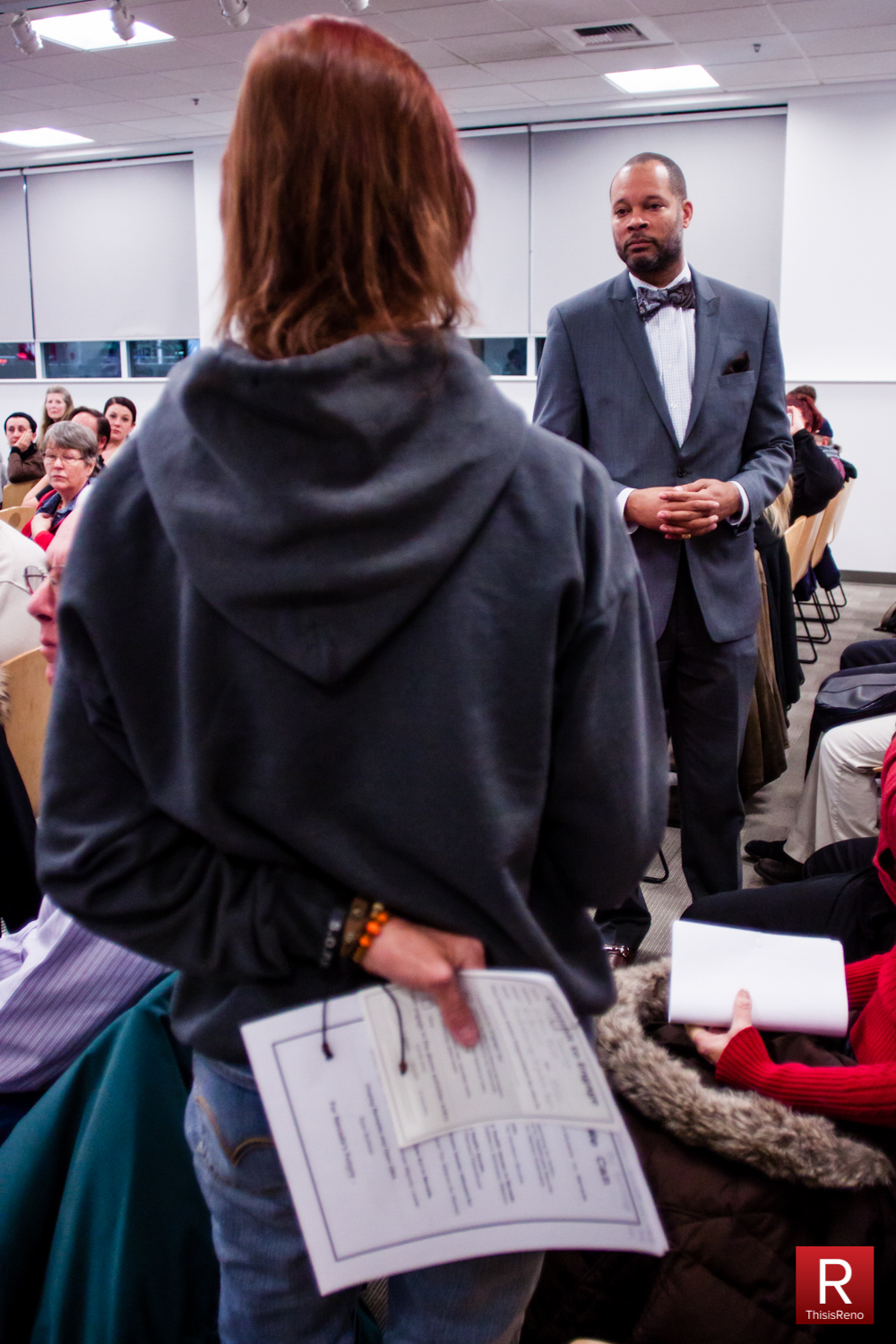 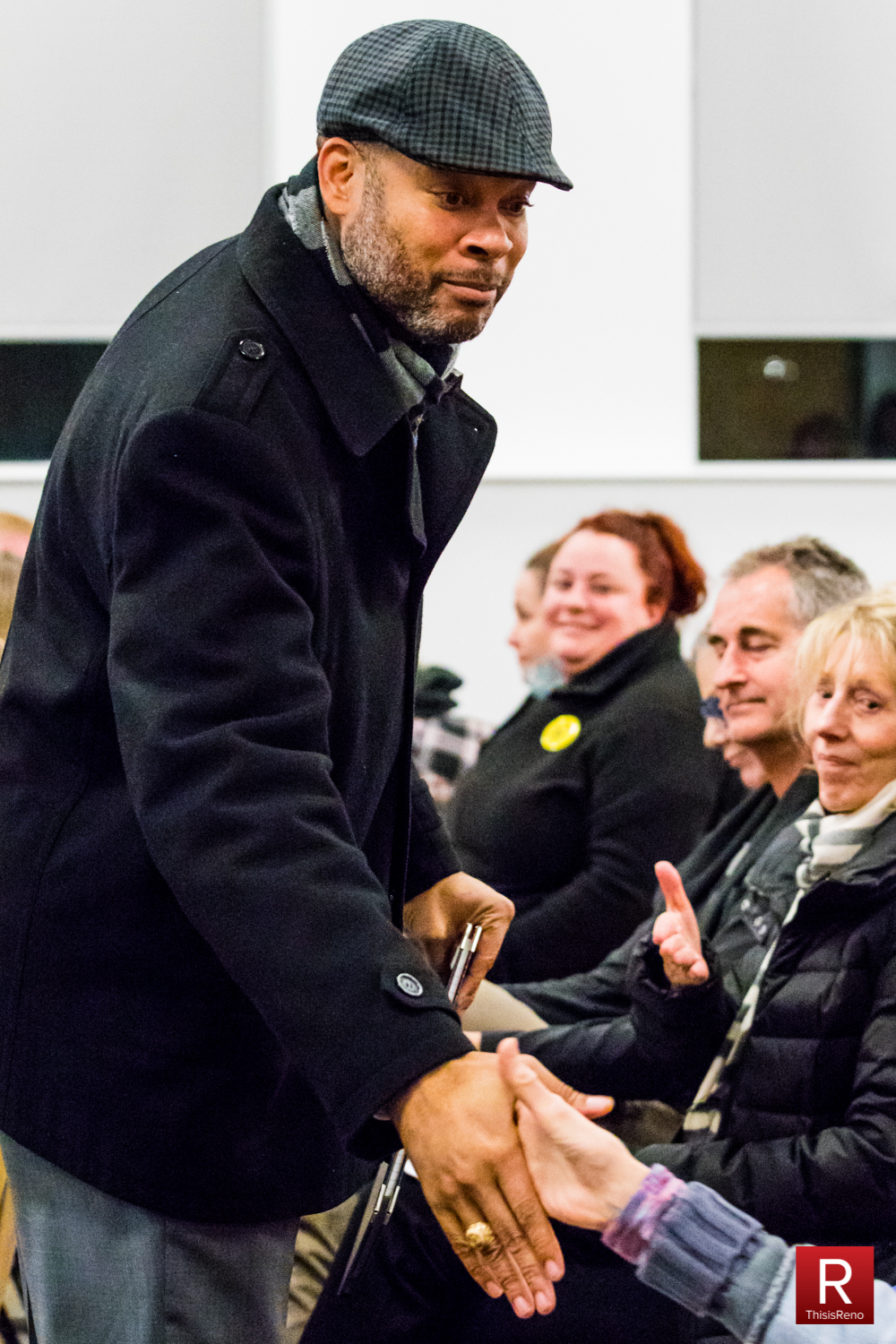 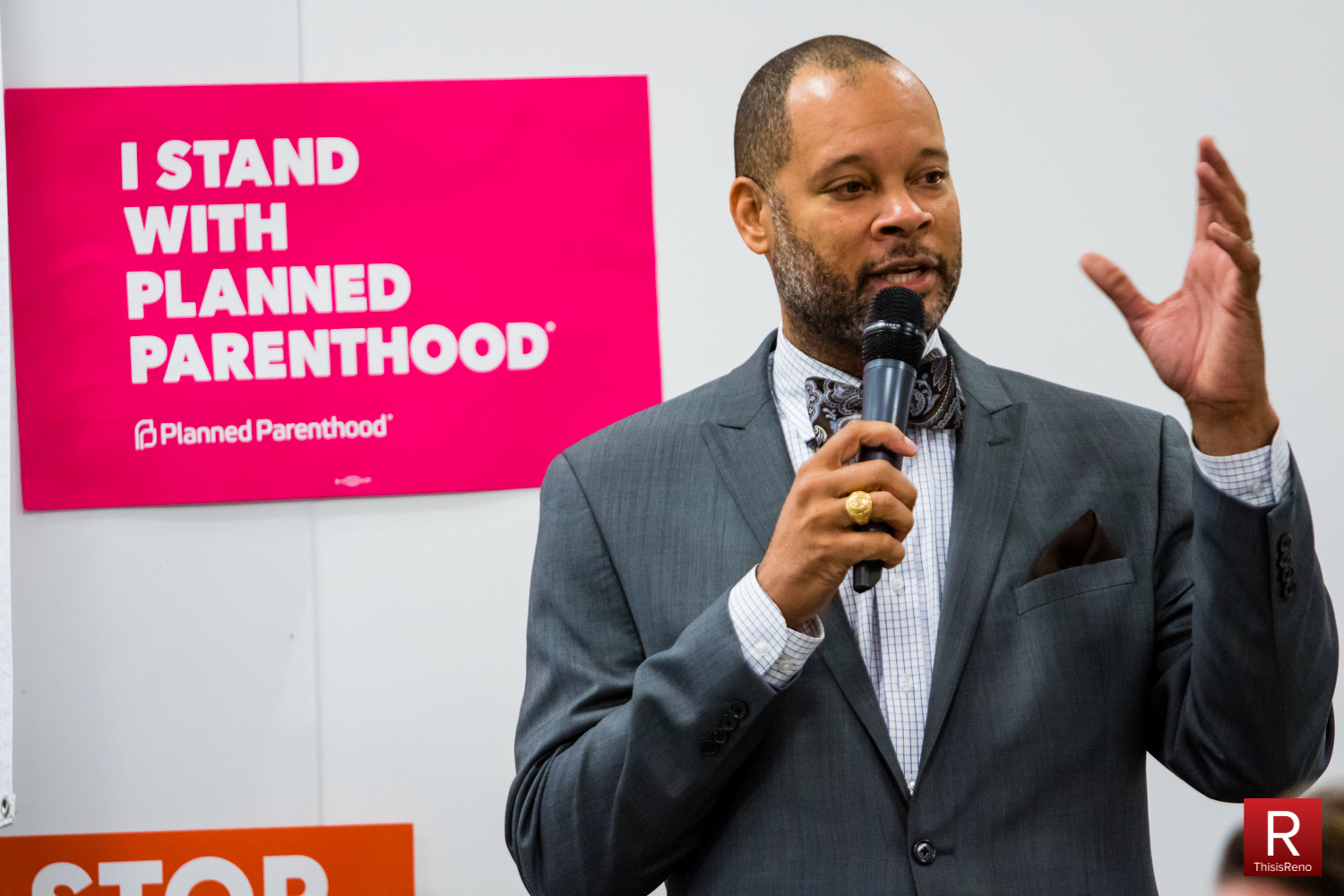 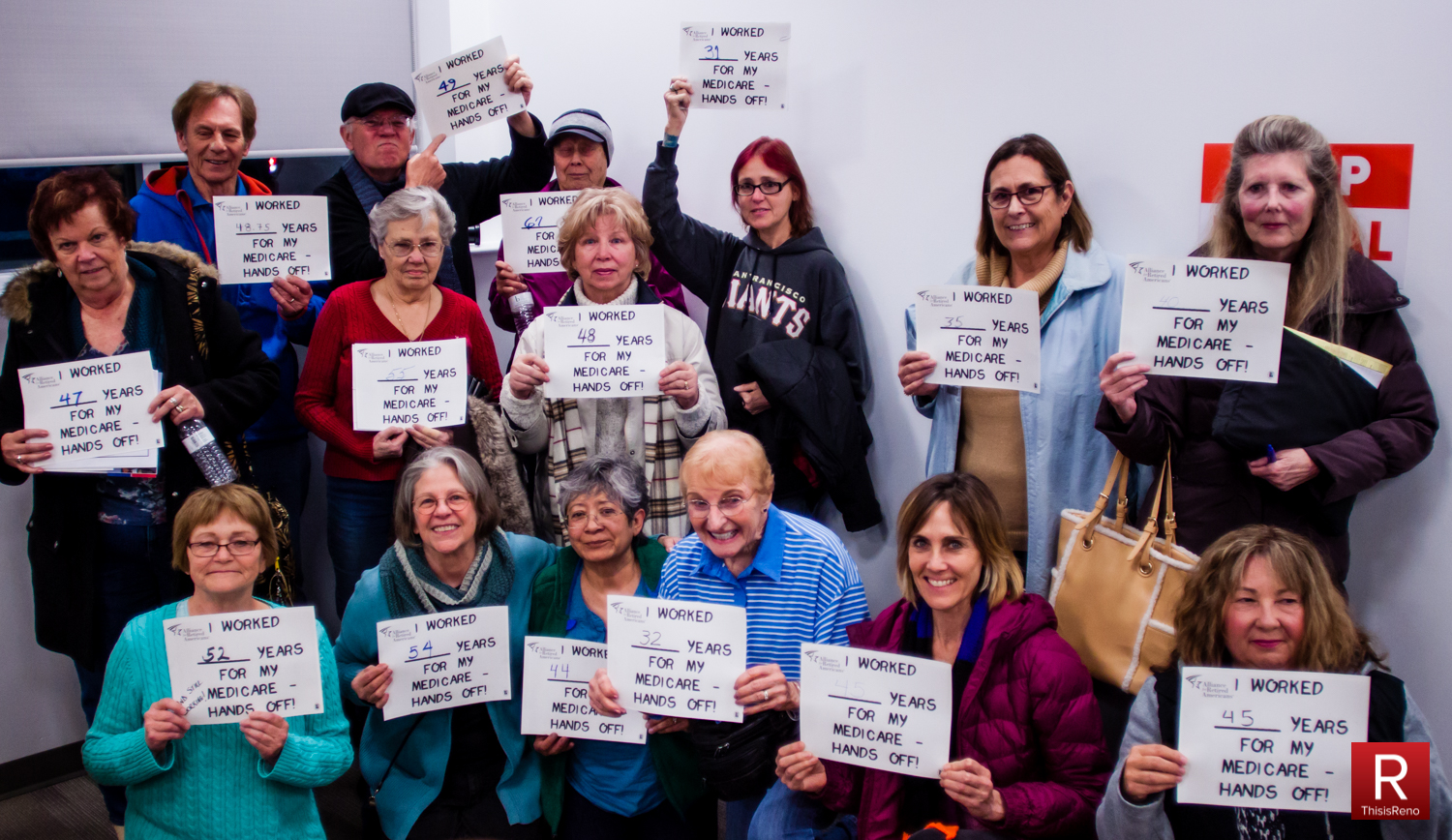 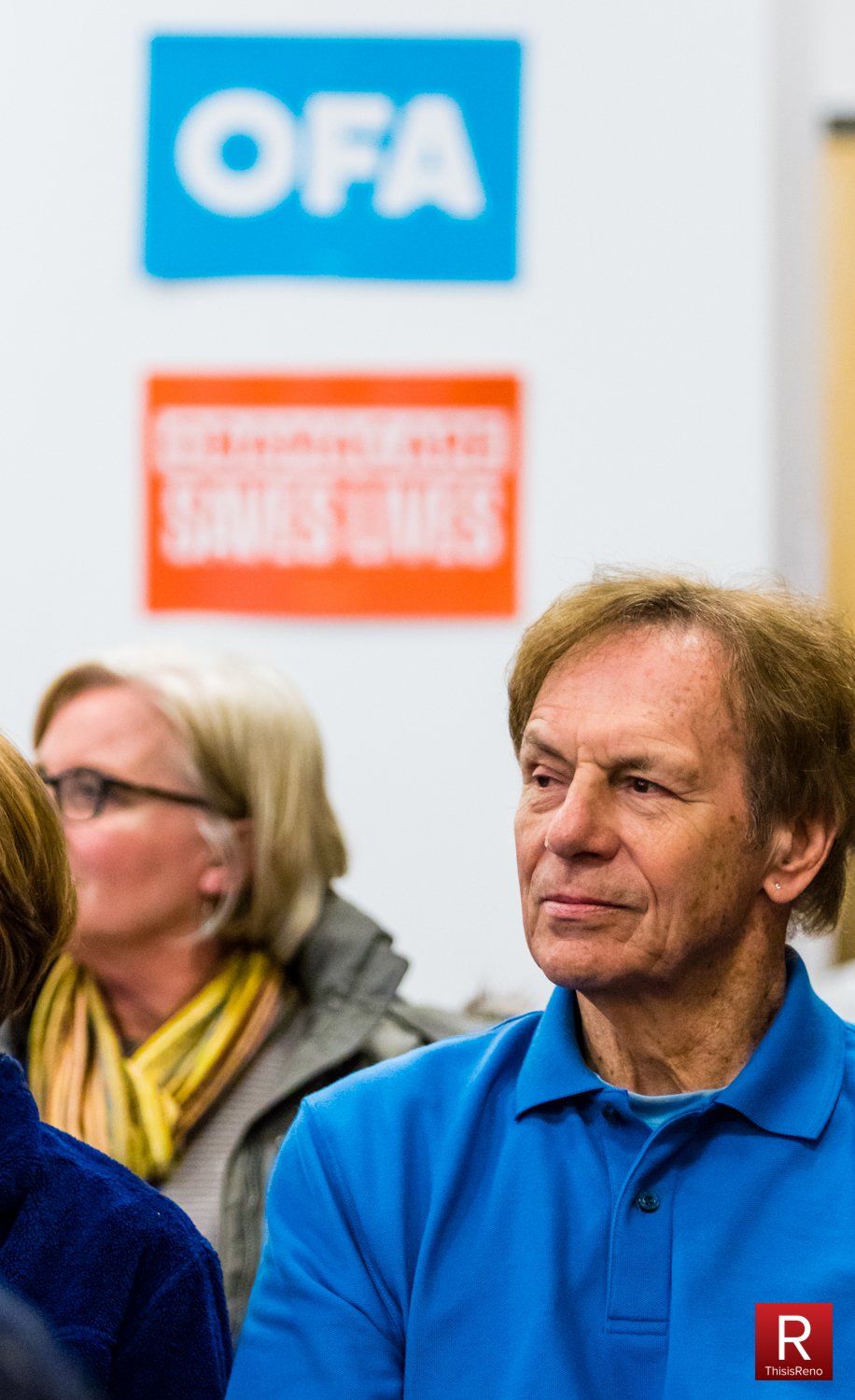 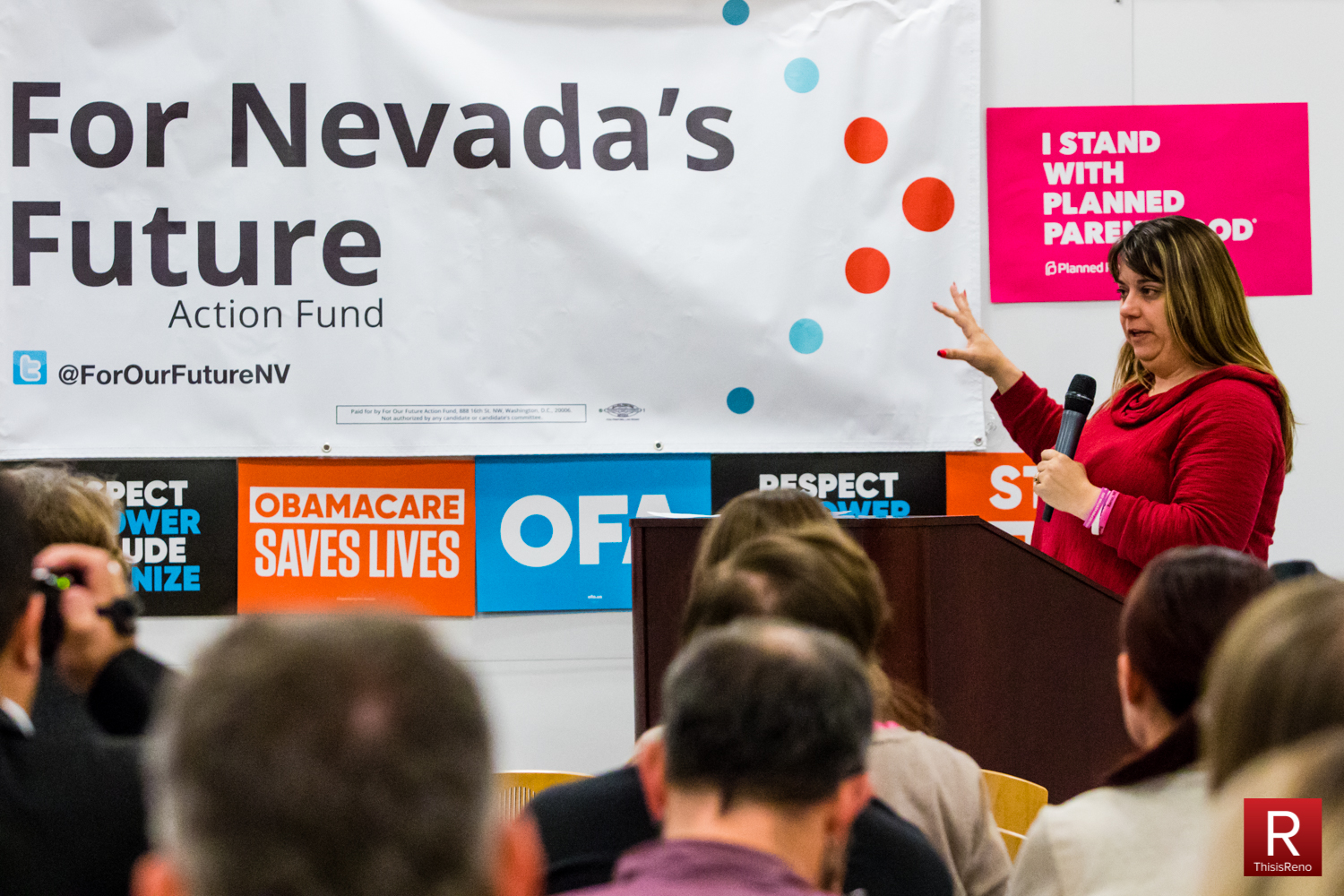 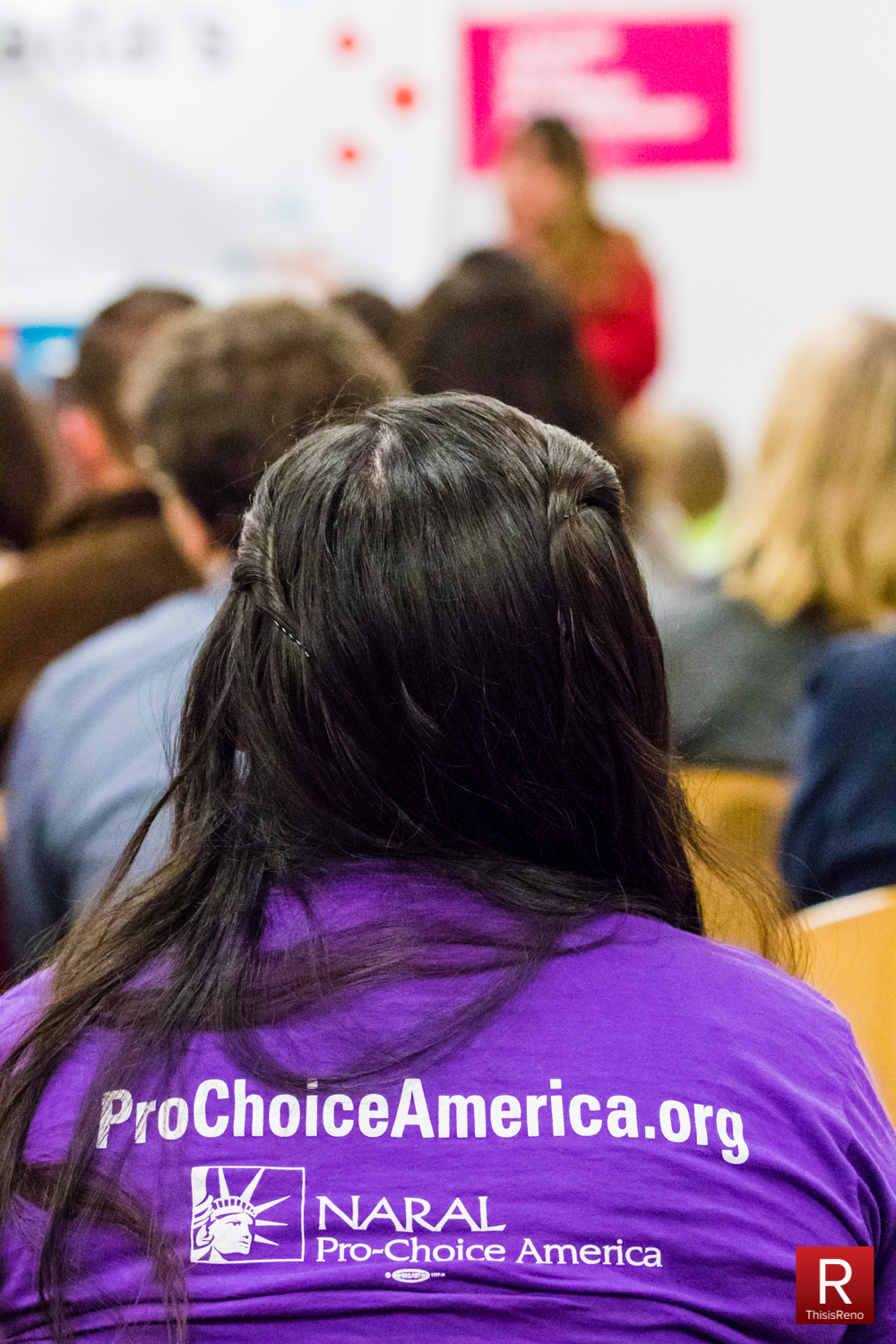 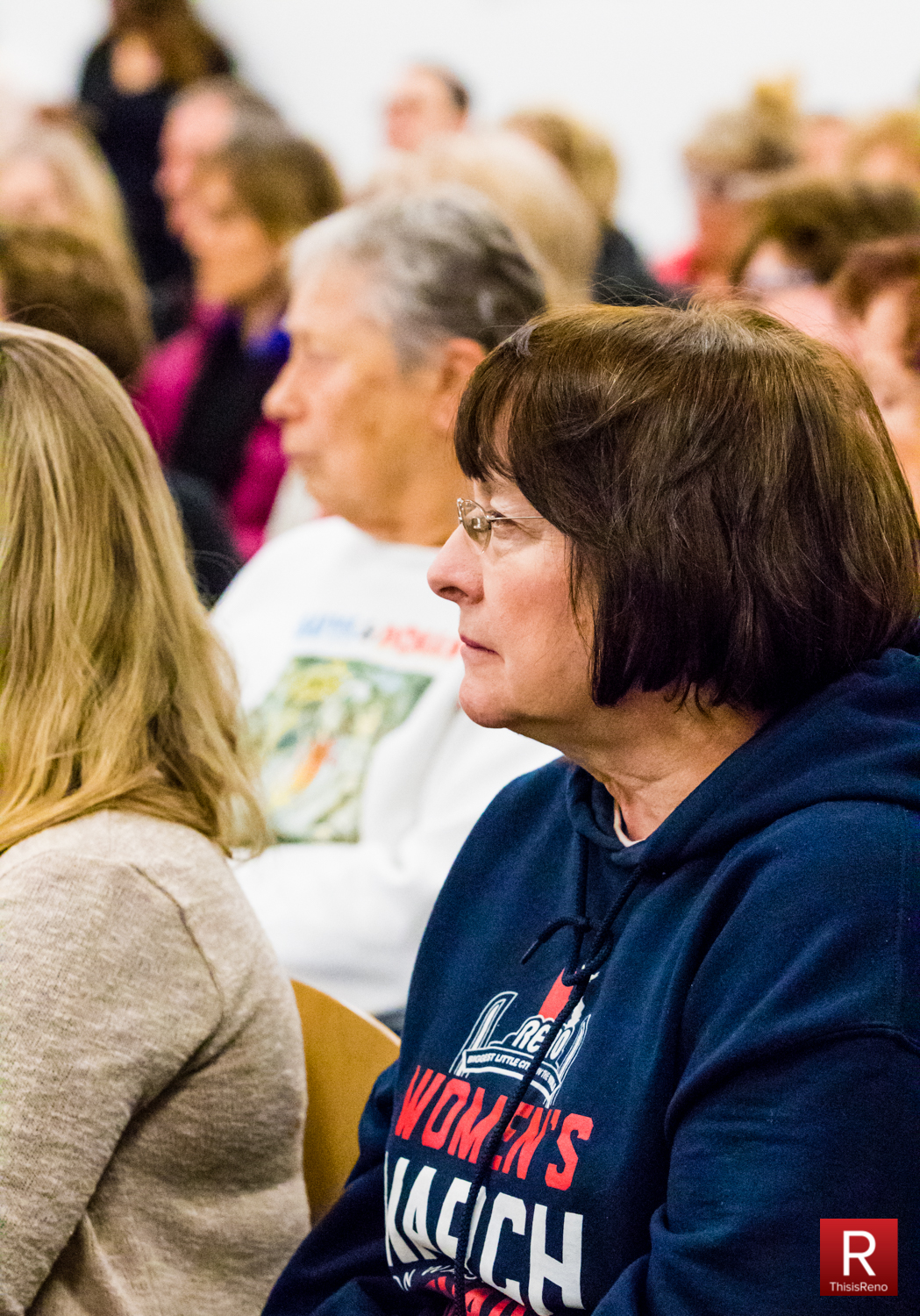 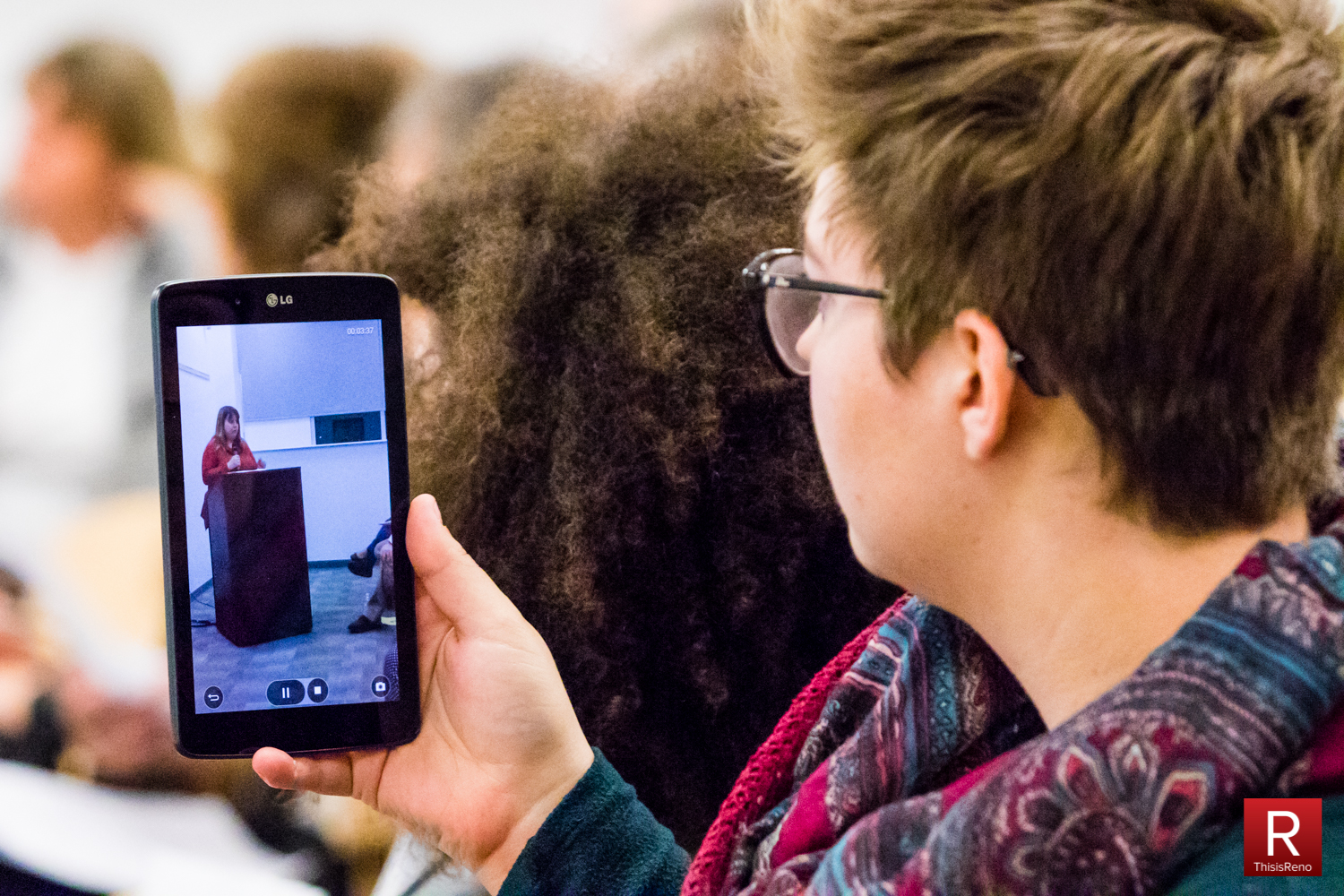 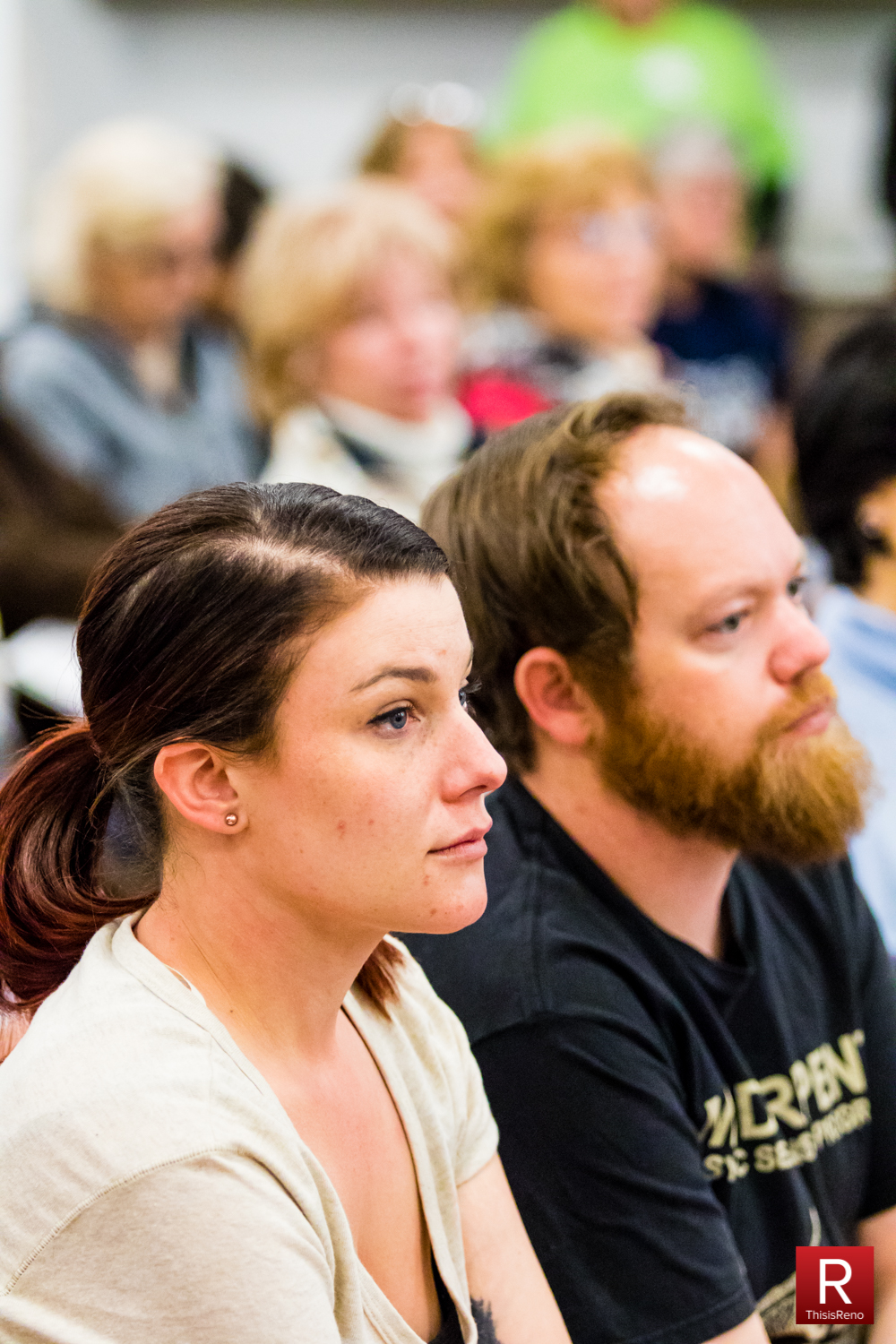 VIDEO: ‘Bans Off Our Bodies’ rally held at Reno’s downtown...

Report: Nevada gets a D+ for children’s mental health