“Know Your Neighbors” Campaign to Educate Nevadans on Inhumane Hunting 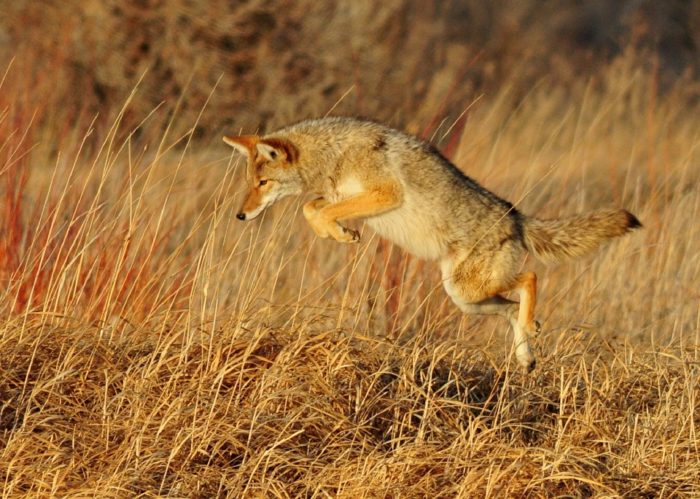 Last week a group of Nevada organizations supporting scientifically sound and humane wildlife practices launched a public education and outreach campaign, “Know Your Nevada Neighbors.” The mutual effort is to educate Nevadans on inhumane hunting practices, such as trophy hunting and trapping for fur, that are still common in the state. The coalition behind the campaign contends that these practices are not only inhumane but can also have negative impacts on the state’s ecosystems.

For example, Nevada’s legal killing contests, promising fun and prizes, contribute to the deaths of at least 10,000 coyotes in Nevada each year. There is no hunting season or limit on coyotes, leaving hundreds of pups orphaned to die of starvation or exposure. These mass killings disrupt natural ecosystems and cause unnecessary conflicts between coyotes and people.

The campaign was launched to coincide with both The Wildlife Society – Western Section annual meeting at the Peppermill Resort Casino and the February meeting of the Nevada Wildlife Commission. The Wildlife Society, the largest professional organization in the world for wildlife managers, had speakers present on Friday. At the Nevada Wildlife Commission’s meeting Friday and Saturday in Carson City, commissioners addressed the fiscal year 2018 and set hunting seasons for mountain lions and bears in Nevada.

“By educating Nevadans we hope to encourage action – whatever your perspective, sign a petition, call your lawmakers or write a letter to your local newspaper. We need to make sure wildlife is conserved for the benefit of all Nevadans, and for our public lands and ecosystems,” said Trish Swain of the League of Humane Voters – Nevada.

For details on the “Know Your Nevada Neighbors” campaign and to learn other facts about Nevada’s hunting practices, visit www.KnowYourNeighbors.net.

Wildlife Commission under attack ‘from both extremes,’ says director