Benefit Show for Local Musician March 12 at The Saint 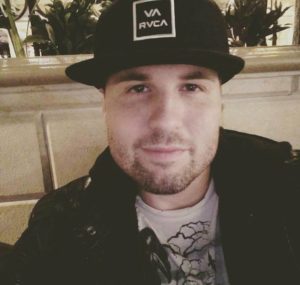 One of Reno’s coolest venues, The Saint, is having a benefit show March 12, 2017 for local musician Andy Kimberly who as injured in a car accident earlier this year. The Jan. 12 accident left Kimberly, guitarist for local rock band Audioboxx, with a major concussion and possible nerve damage, and totaled his only car.

Hollywood Trashed lead singer Trish Good said, “We are trying to raise funds to help Andy, who was in a very bad car accident and whose car was totaled and he is still feeling the effects of his injuries. Not only did that happen, but his one and only guitar was stolen. We are asking people for help on behalf of Andy and his family. Come out and show some love to a brother and fellow musician.”

Kimberly has a GoFundMe account set up at https://www.gofundme.com/andykimberly.

The benefit show at The Saint starts at 7 p.m. and doors open at 6 p.m. Tickets are $5at the door with all the proceeds going to Kimberly. The Saint is located at 761 S. Virginia St. in Reno’s Midtown district.

This will be an awesome event for a very good cause. See you at the show.

And always support your local bands and venues …. Go To A Show!

PHOTOS: Concert at The Saint a Benefit for Andy Kimberly