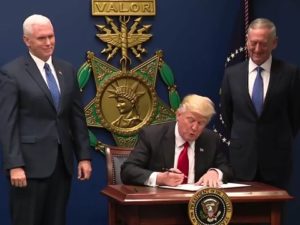 A recent executive order regarding immigration enforcement has prompted higher education leaders locally and nationally to encourage students and administrators from countries targeted by the Trump administration not to leave the U.S.

The Jan. 27 executive order, “Protecting the Nation From Foreign Terrorist Entry Into the United States,” suspends entry from Iran, Iraq, Libya, Somalia, Sudan, Syria and Yemen for 90 days with the exception of permanent residents.

However, the ban won’t necessarily be lifted after that time frame, so the University of Nevada, Reno (UNR) and the Association of International Educators have advised students and faculty from those countries already in the country to stay here for at least 120 days. Leaving and trying to return could risk their re-entry being denied, they said.

“Specifics regarding an enforcement ban are in many cases unpredictable, and may also be subject to a fast-changing series of rules,” Susie Askew, director of UNR’s Office of International Students and Scholars, said in a statement. “As such, it is important to stay up to date on the news and regulations surrounding this executive order.”

The Trump administration has said the visa issuance process plays a crucial role in detecting people with terrorist ties and stopping them from entering the county. It cited the Sept. 11, 2001 terrorist attacks as an example. 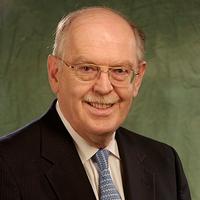 According to the Association of Public and Land-grant Universities, more than 17,000 students from those seven nations studied at U.S. universities last year. Association president Peter McPherson said the Trump administration should reconsider its executive order.

“The new order is causing significant disruption and hardship to some university students, researchers, faculty, and staff who are citizens of the seven countries targeted and happened to be abroad at the time it was issued,” McPherson said in a statement.  “These individuals returned home to visit in compliance with the immigration designation they received, but are now stranded abroad and unable to return to their studies and responsibilities in the U.S.  This means that students’ work toward degrees are in question and the ability of faculty to continue teaching or conducting research is uncertain.”

Students and faculty at UNR come from more than 70 countries and President Marc Johnson said the campus encourages diversity and a variety of perspectives. The campus will continue to provide a safe and welcoming environment for all students and staff, he said.

“We value the contributions made by our international faculty, staff and students to our learning environment, which in turn greatly enhances our ability to serve the needs of Nevada, the nation and the world,” Johnson said.