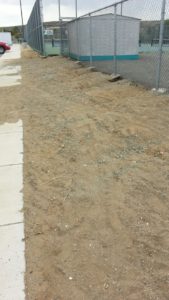 Contractors are invited to learn about the Washoe County School District’s online portal for obtaining information about projects and bids during meetings set for next week.

Representatives from the district’s purchasing department plan to introduce a new web-based platform that allows contractors to learn about bidding, how to download pertinent documents, review plans about projects and get information on project descriptions, estimates and timelines. Contractors can also use the site to submit questions and stay current on projects.

With the passage of Washoe County question 1 in November, the district is planning numerous construction and school improvement projects.

Voters approved a 0.54-cent sales tax increase that is expected to raise $781 million during the next nine years to build 15 new schools. Consumers should see the sales tax increase from 7.725 percent to 8.265 percent in or around April 2017, with the school district receiving its first proceeds about three months later.