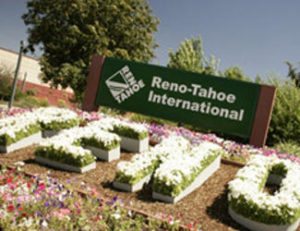 The San Jose-Reno route was originally introduced by Southwest in 1993, but was canceled in April 2012.

“The airport heard from the community that they want options for flying to and from the Silicon Valley,” said Marily Mora, President and CEO of the Reno-Tahoe Airport Authority. “We were fortunate to have Alaska Airlines fill the San Jose route in June 2012; and now Southwest is offering another option for our passengers. But it is up to the community to fill the seats in order to keep this vital service from both Alaska and Southwest.”

Southwest Airlines is currently offering airfare as low as $39 one-way between Reno and San Jose. For details on flying to San Jose on either Southwest or Alaska Airlines, visit www.renoairport.com.