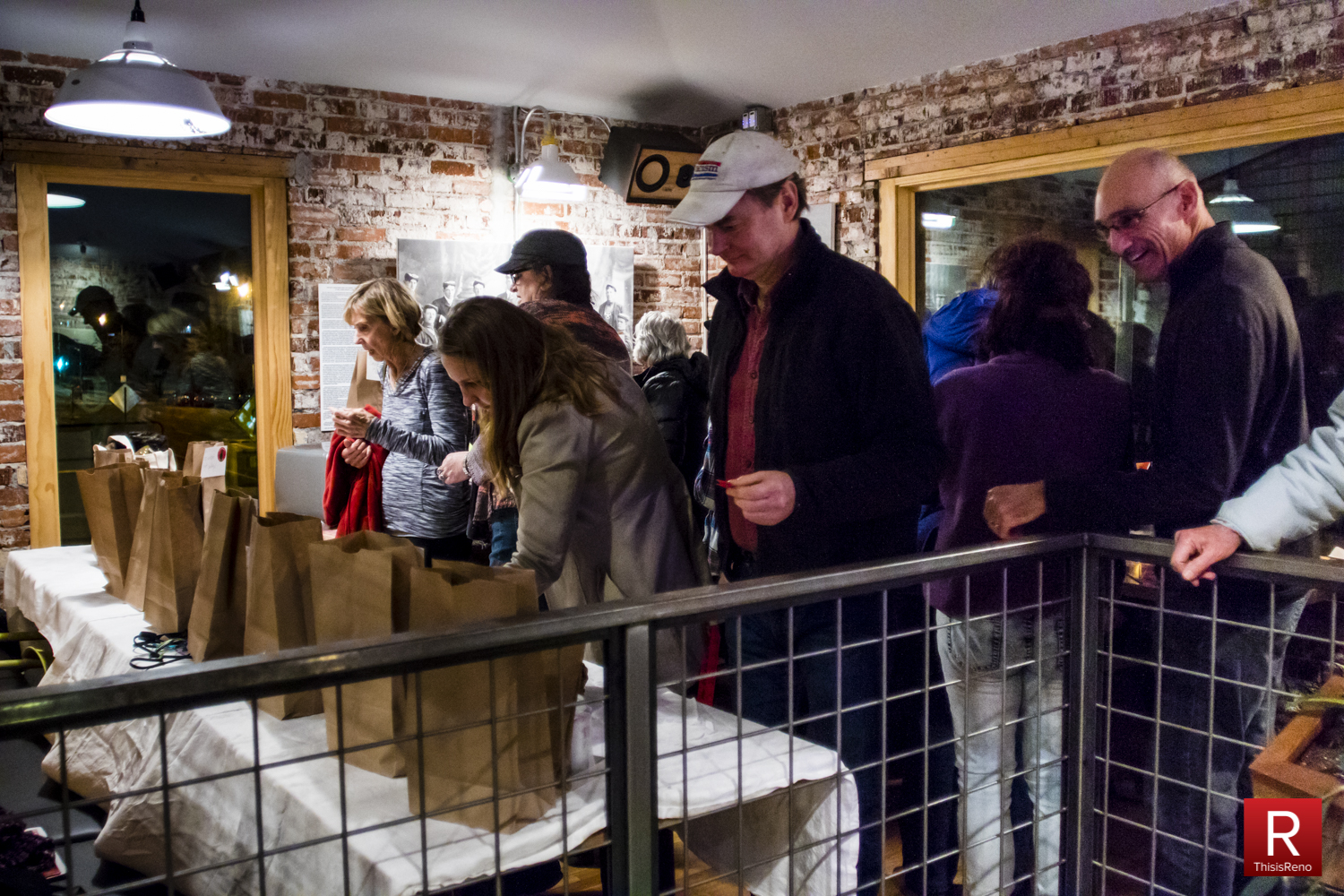 The night before the inauguration the Reno CommUNITY Project held a fundraiser called Rally for the Refugees at the Laughing Planet’s University of Nevada, Reno location.

The four charities benefitting from the fundraiser were vetted and selected for their work with refugees and included Northern Nevada International Center (NNIC), Mercy Corps, International Rescue Committee, and Save the Children.

Formatted as “speed donating”, like speed dating but for charity, the event raised more than $3,000 in under three hours based on preliminary totals. Local companies including Cabela’s and Patagonia donated items for a raffle, and 15 percent of Laughing Planets’ sales during the event were also donated to the event.

The event was organized by Alana Biden and Rose Healion in response to the 2016 elections and was intentionally scheduled the night before the inauguration of Donald Trump, but that was not the main focus of the evening. Several speakers mentioned their concerns about the president-elect but used cautious language, referring to the “new administration”.

There were also moments of optimism, Carina Black of NNIC acknowledged that Republican presidents had allowed more refugees into the country than Democratic presidents and said she hoped this would continue.

The crowd was as diverse as it was plentiful. From the moment the event started at 7 p.m. the second floor of Laughing Planet immediately became standing room only and the ringing of cow bells, a sign that a donation had been made, could be heard with great frequency. Conversation and music could be heard from outside, and the room was overfilling at points in the evening with attendees spilling down the stairs and out the front door.

Entertainment for the evening included a poet, two separate bands, and a surprise performance by a Kurdish singer. All of the entertainers volunteered their time and talents.