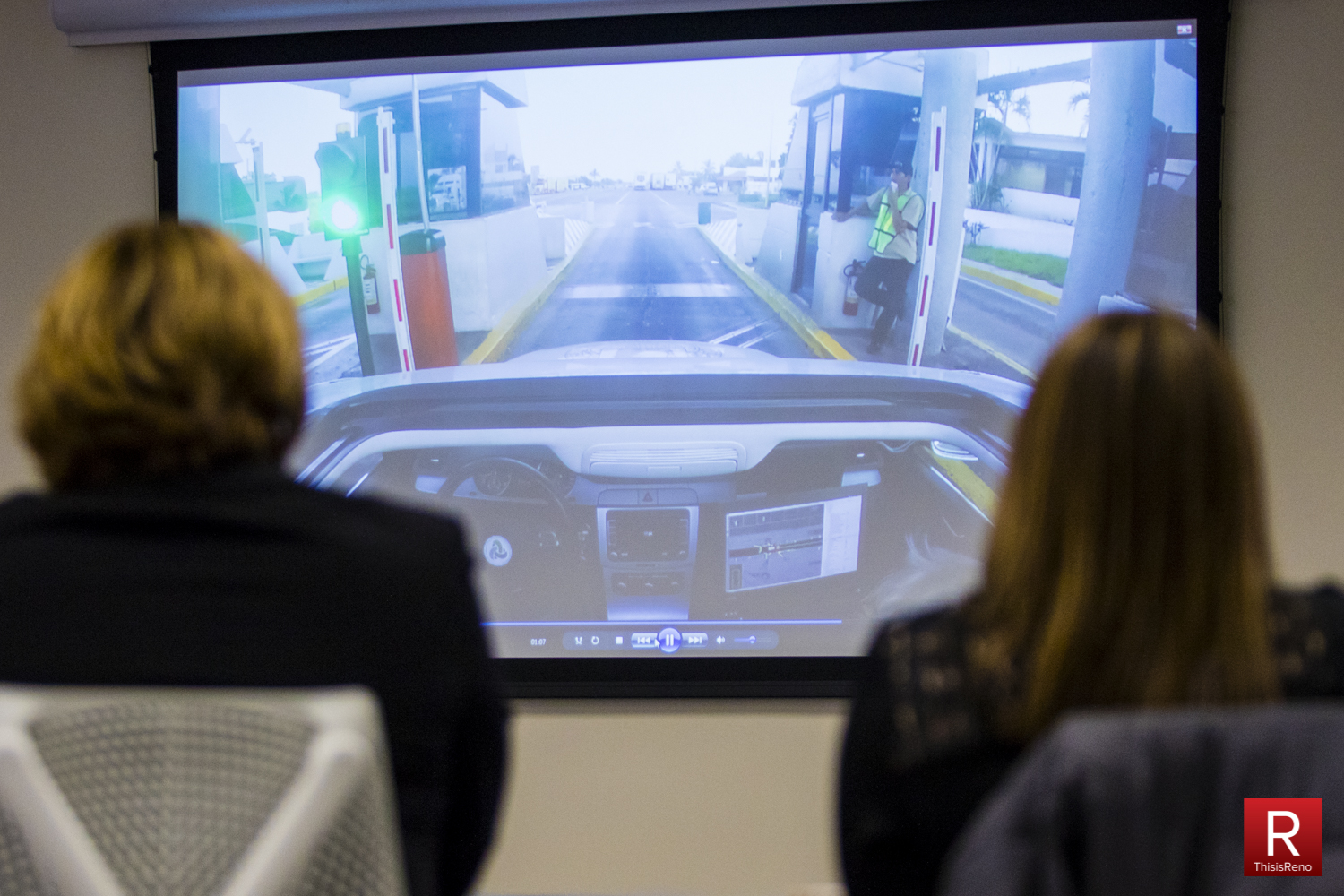 The Innevation Center at the University of Nevada, Reno (UNR) announced Tuesday that Reno, Sparks and Carson City would become a Living Lab, bringing together transportation partners to research and innovate Intelligent Mobility in a real world city environment.

With one of the city’s electric buses parked outside as a symbol of efficiency and innovation, professors, government and transportation officials, and the media gathered to discuss the future of transportation and Reno’s role in that evolution.

Explaining that Intelligent Mobility is for all transportation, not just passenger cars, UNR’s vice president for research and innovation Mridul Gautam noted that safety and efficiency can take place without full automation. “How we get from A to B will change immensely,” he said, noting blind spot sensors currently installed on production cars as an example of Intelligent Mobility.

Gautam also thanked Governor Sandoval in his remarks for paving the way for some of the advantages companies and researchers have in the state of Nevada, including the Knowledge Fund.

The Regional Transportation Commission’s (RTC) David Jickling spoke about the move from being drivers to riders, using public transportation rather than commuting in personal vehicles. The selling point of this transition is that unlike a driver sitting in traffic and unable to do much, a rider has the convenience of using their commute time for more useful endeavors. Reno’s RTC buses feature WiFi availability to allow for more productivity during a commute.

Toby Kraus, representing electric bus manufacturer Proterra which is also a partner in the Living Lab, discussed the company’s goals and interests in autonomous vehicles. He said that with the introduction of autonomous buses the roll of bus drivers may change from that of driver to customer care representative or attendant.

A large TV in the corner of the room displayed one of the many technologies being used to gather data and as a tool for autonomous vehicles. Attendees were able to play in front of the sensor to see how the system worked.

RTC buses, other instrument equipped vehicles, and even area buildings will all be data collection sources for the Living Lab, bringing real world testing and data to researchers. While the eventual goal for researchers and partners is to have fully-autonomous vehicles providing safe and efficient transportation, the shorter term goal is to use the data to create more efficient and safer vehicles for public transportation.

As a vote of confidence Gautam proudly displayed the work of UNR College of Science professor Raul Rojas, featuring an autonomous vehicle that safely traveled over 1,500 miles in Mexico.